Sold July 2004 Back to Archive 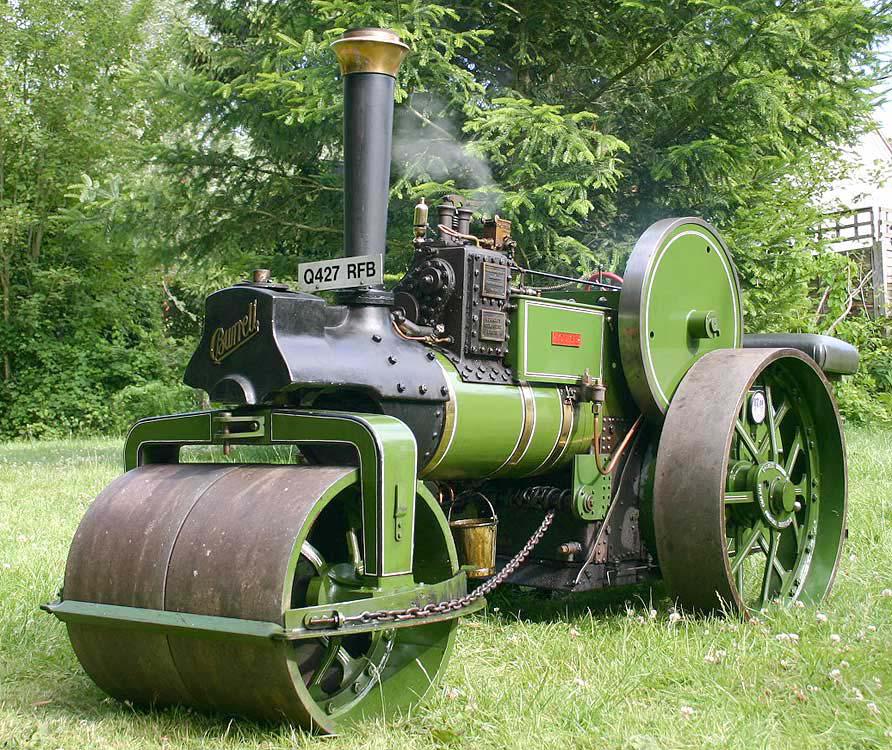 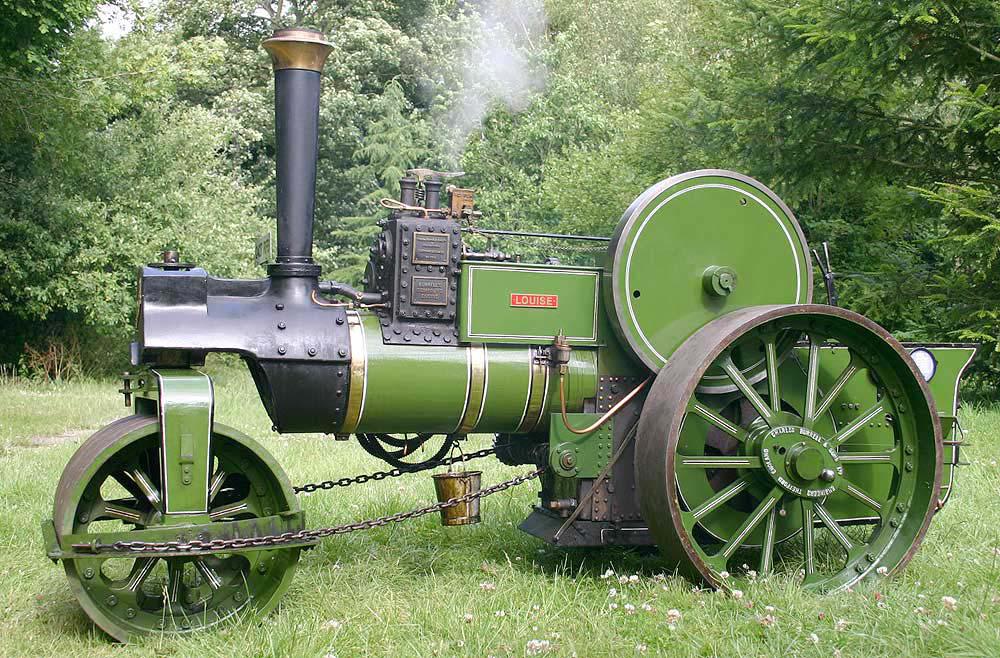 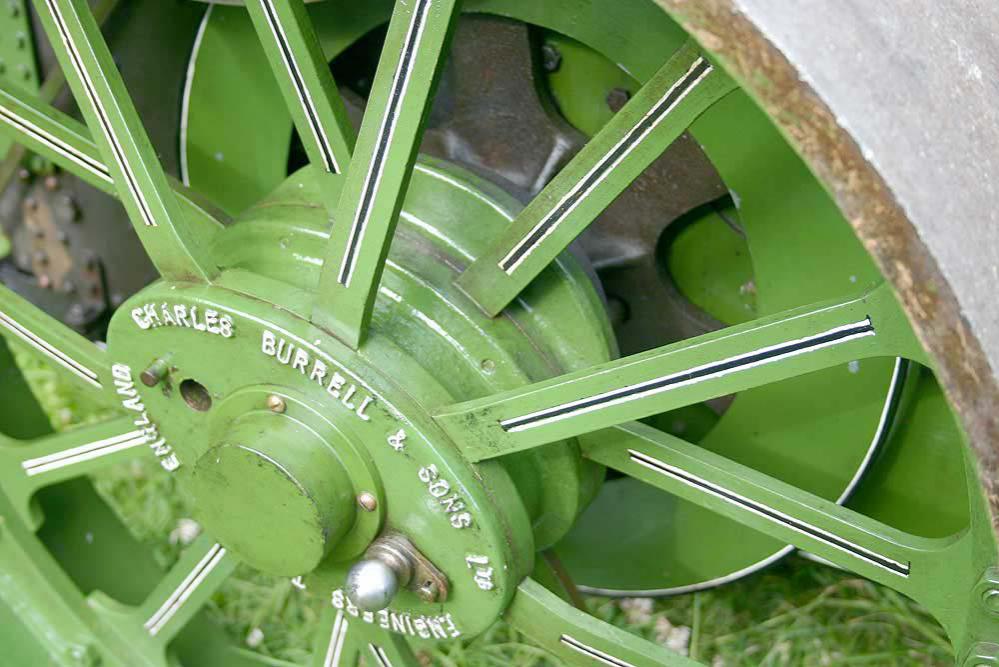 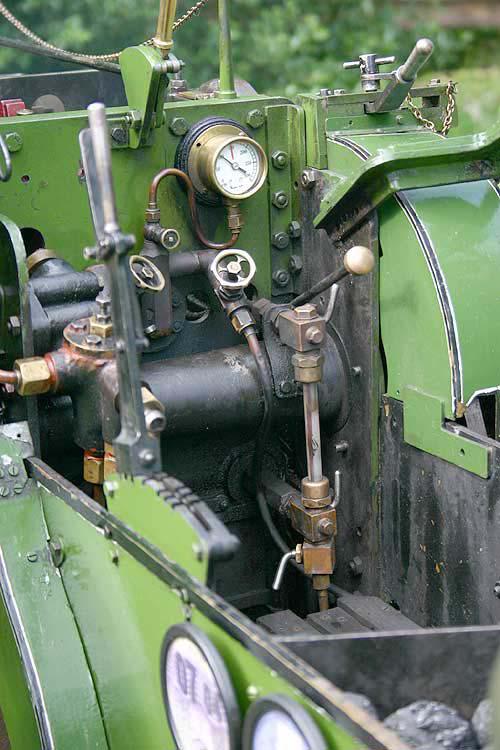 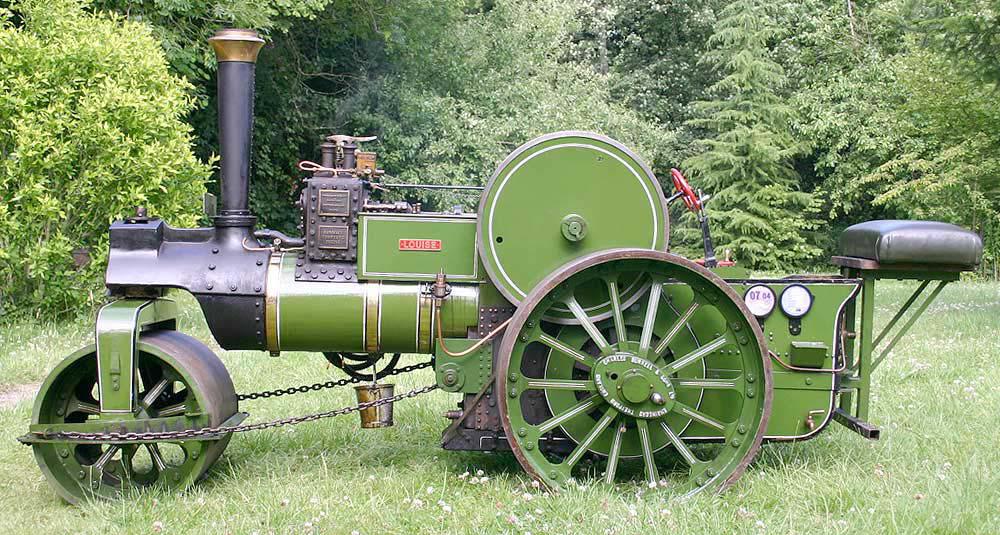 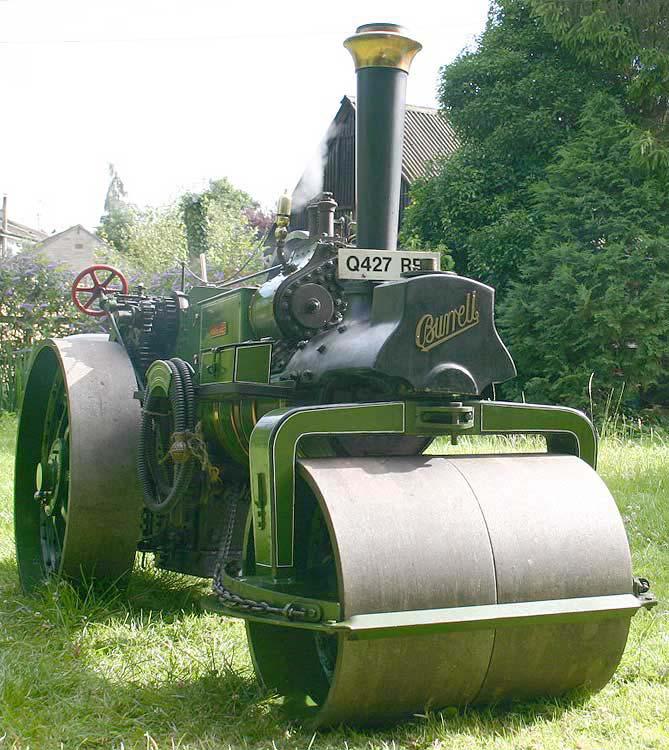 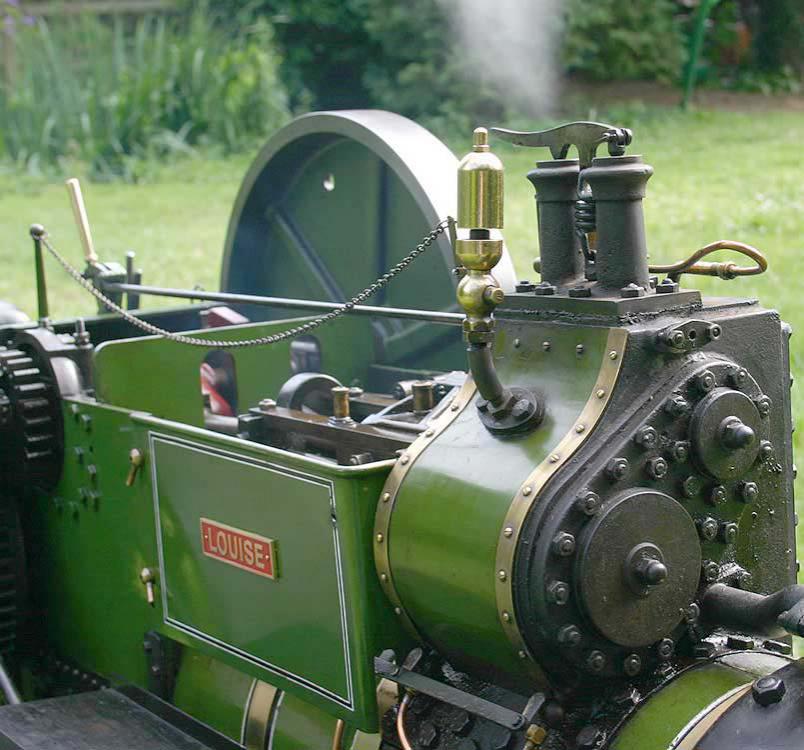 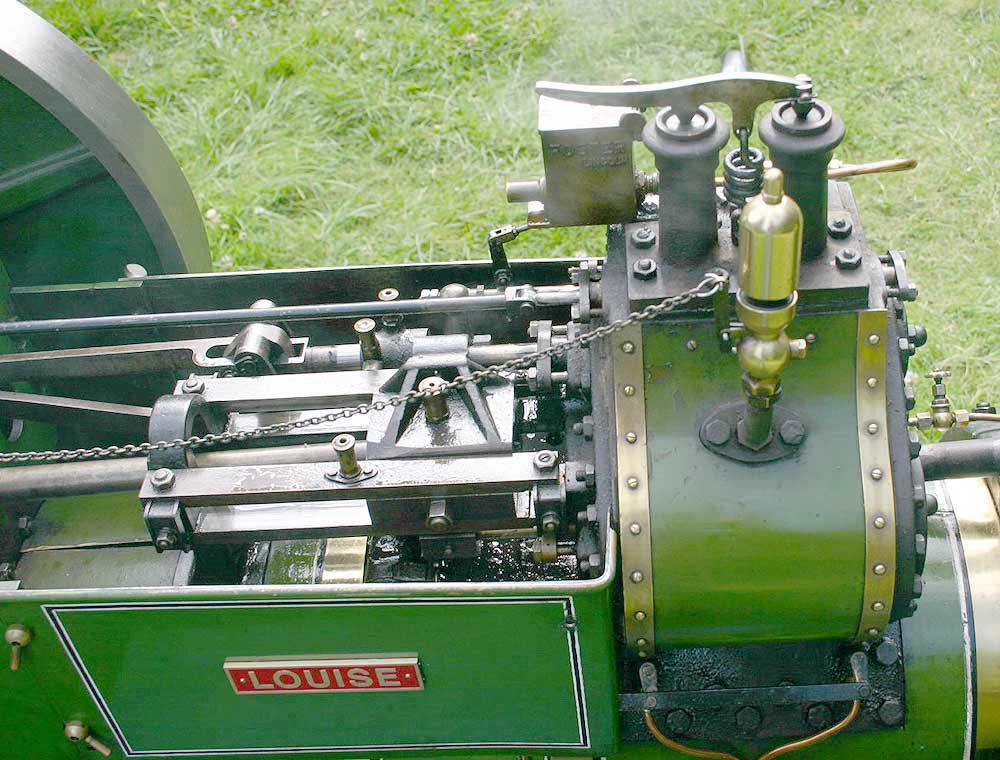 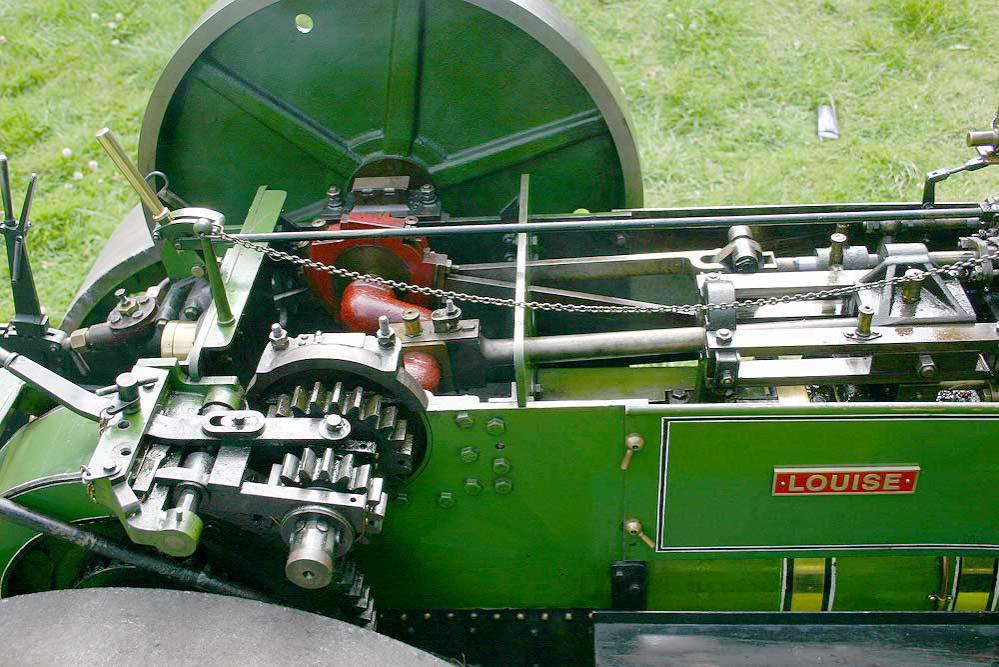 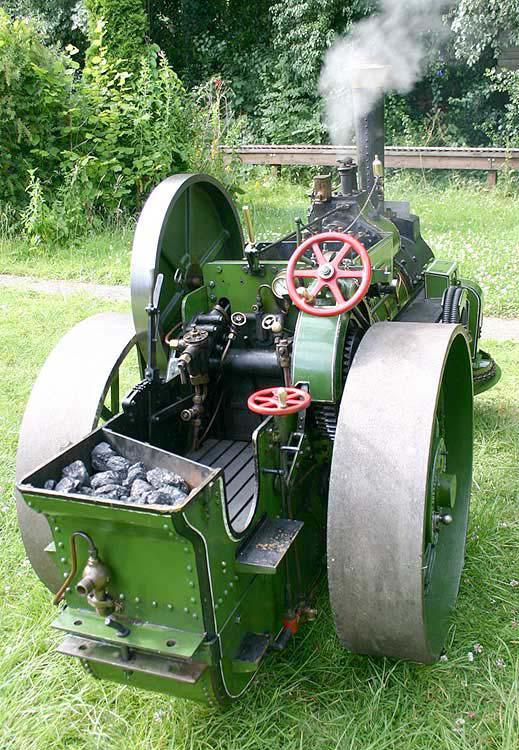 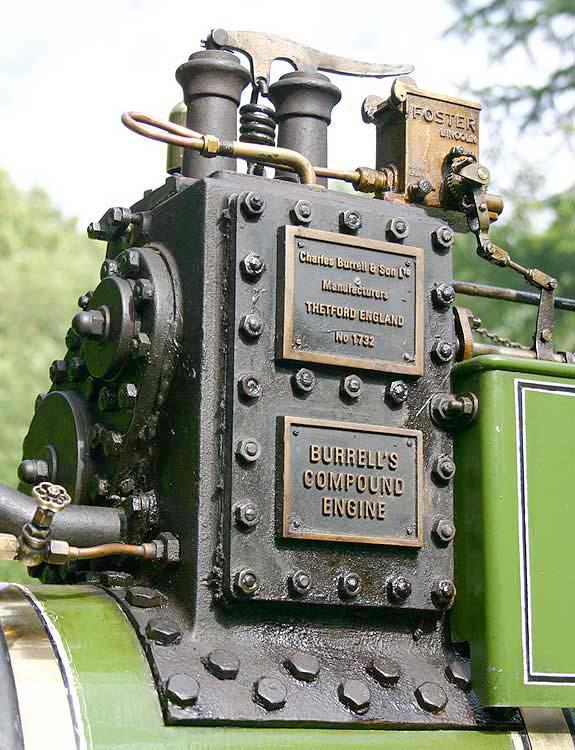 For some reasons steamrollers in any scale are a rarity, but when you get up to four inch scale I doubt that there are more than half a dozen in the country. I think that they should be more popular - they make a model that's very comfortable to drive, with none of the light steering you can get with a four inch agricultural when you have a generous-sized driver on the back. They sound exactly like a full size roller when they crunch along and do a very decent job of real, small rolling jobs - my drive hasn't looked so smooth since Stuart brought his Wallis Advance over. Finally, you can actually go out and take your Group G roller driving test on one - which is exactly what the previous owner did with this one (it's road registered with V5 document).

This engine first came in at the beginning of last year, part of a collection of four inch engines which I bought from a prolific engineer in the West Country (you may remember his railway with the magnificent viaduct which I featured on a news page some time ago). The first traction engine he built was a 4 inch scale Burrell agricultural, next up he decided to do a single crank compound. Having got started, he thought that, rather than end up with two agriculturals, he would turn the compound into a roller. No shortcuts or nasty fabricated bits and pieces, he had patterns and castings done for the headstock and forks and a local engineering company make up the rolls to make a proper job of it. Those of you who came to the open day last May will remember it running round the garden - it never made the website that time round, selling on the day along with the Burrell agricultural and 4 inch Foden wagon from the same builder.

Steel boiler with expanded steel tubes by Franklin & Bell, 300psi hydraulic test for up to 150psi working pressure. Feed by high pressure injector - it will start reliably above 100psi and will keep going, with judicious fiddling with the water, down to about 70psi - and crankshaft pump with bypass. The tender has a large brass filling plug on the footplate allowing both rapid filling from a bucket and cleaning out (which is an idea I wish more builders would take up), there is also a water lifter.

The engine is in good mechanical order, the paint is well-used although entirely presentable. This is one of a handful of engines I've had that are particularly evocative of the full-size engines they represent - the Fowler ploughing engine I had earlier in the year was another. I think the proportions and sound of this engine when running contribute most to the realism.

If you want to stand out from the Foster and Burrell agriculturals on the four inch line at the rallies, this is the engine to do it. Its previous owner is a keen rally man, recently having moved up in the world when he part-exchanged this against my Burrell DCC Showmans.