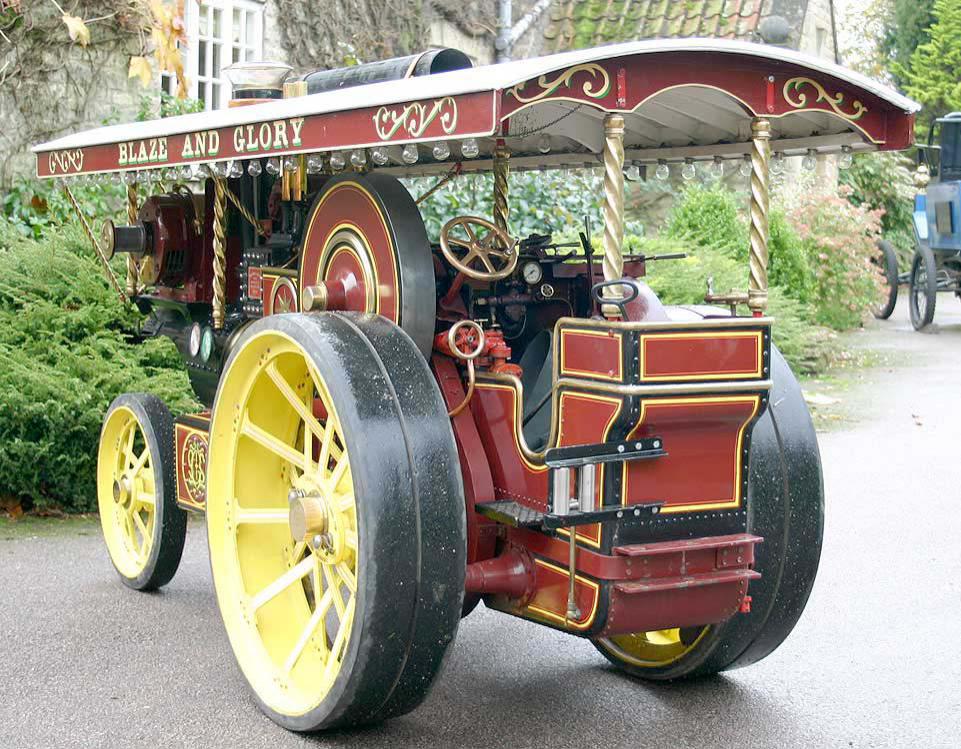 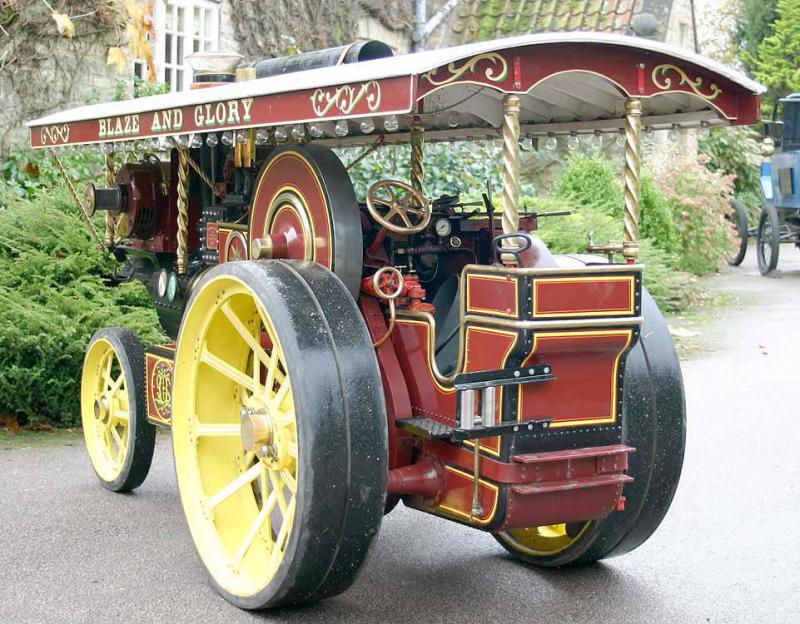 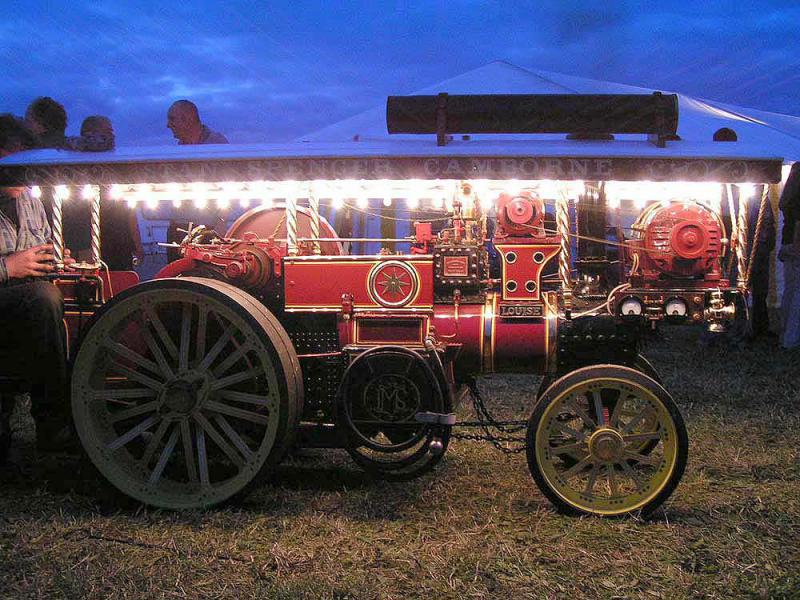 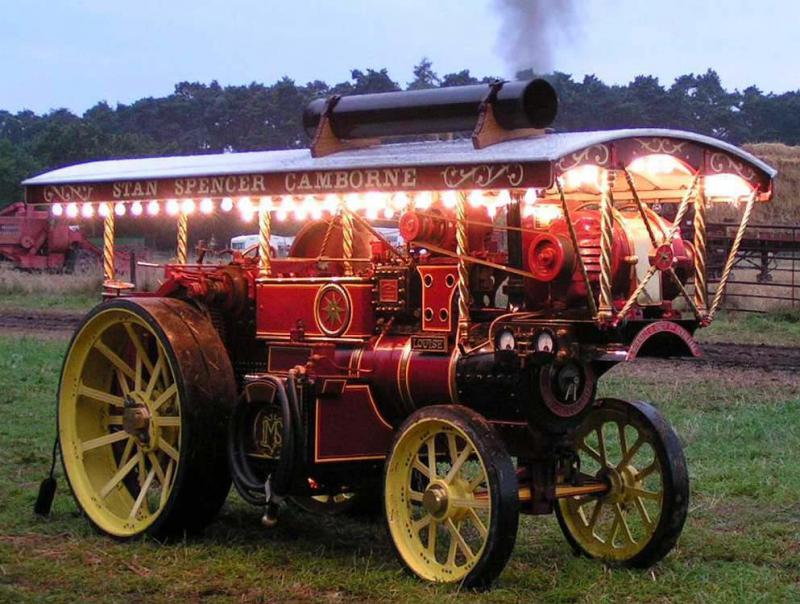 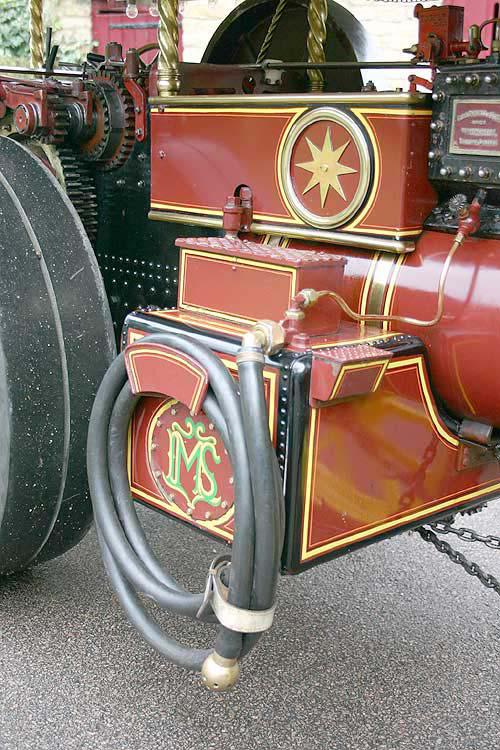 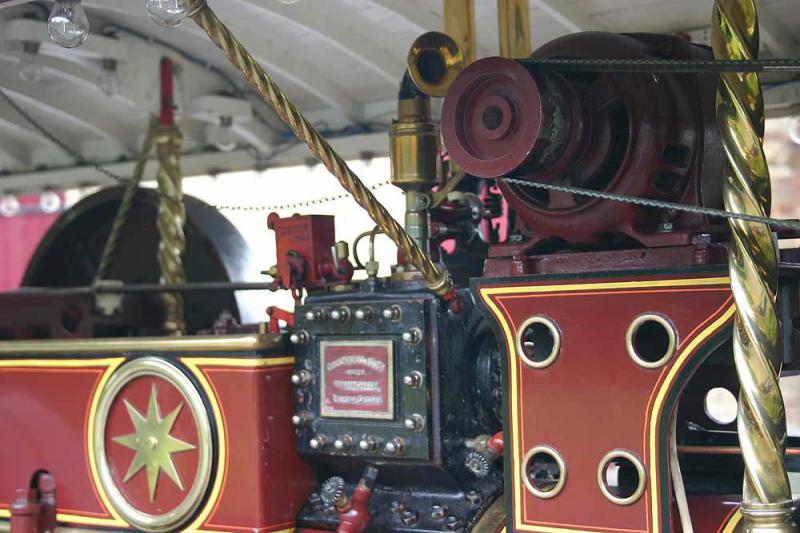 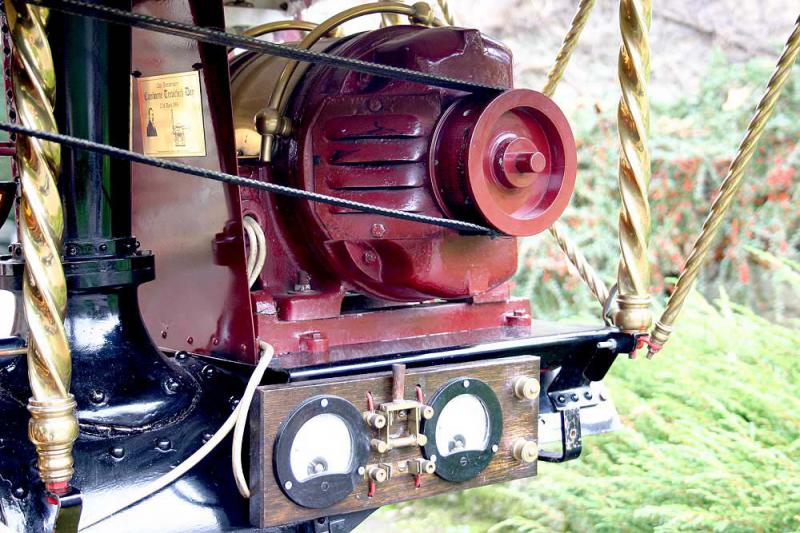 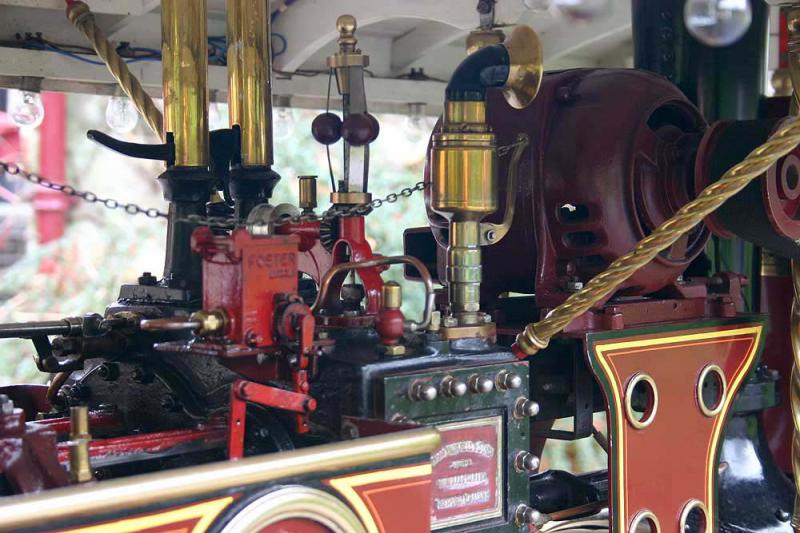 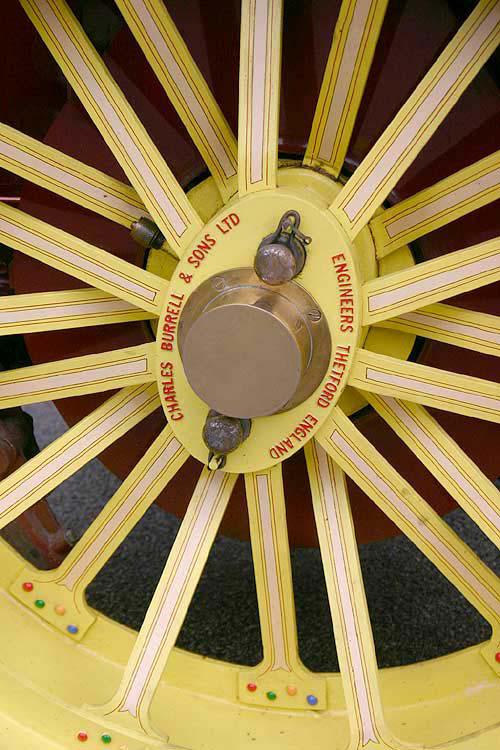 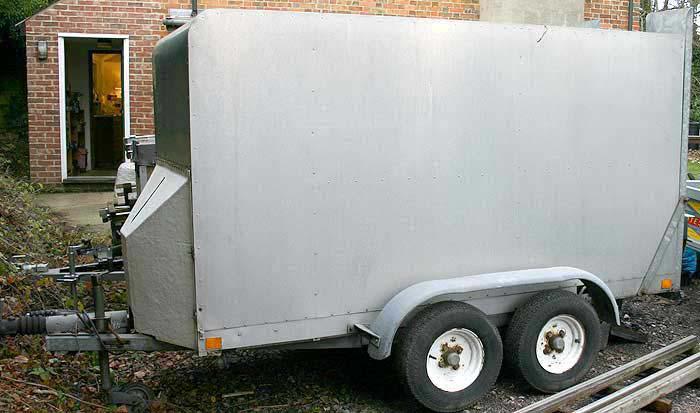 An excellent 4 inch scale model of a Burrell 8nhp "Scenic Showmans" double crank compound road locomotive. Based on the last Burrell Showmans to be built, No.4092 in 1930 using the well-regarded Live Steam Models drawings with professionally-built boiler by Ward's of Sheffield.

Steel boiler with expanded in copper tubes. Fusible plug in firebox. Twin Ramsbottom-type safety valves with brass chimneys. Boiler feed by pump geared down from crankshaft and injector, both drawing from interconnected bellytanks and tender. The tender has a sight level glass and drain cock.

The engine is road-registered with a V5 document and has a custom-built galvanised twin-axle road-trailer with winch, allowing easy one-man loading and unloading.

Second time round I've owned this engine. I first bought it a couple of years ago, steamed it once for the boiler test, whereupon my boiler inspector declared it the nicest one he'd ever seen in four inch scale. Worried to death I'd never find another really nice one, I put it back in it's trailer and squirelled it away at the back of a friend's industrial unit (thanks Gary) to avoid any embarrassing questions from the boss. There it stayed for the following twelve months when, wracked with guilt over not using it (and under pressure from a dear chap who wanted a good showmans engine) I sold it. It went out and about last year, including Weeting Rally where it generated outside the beer tent all night.

Three months ago it came back when its owner moved to foreign climes (taking a rather nice 7 1/4 inch gauge Hunslet I had with him, on the basis that it would be easier to get through the airport security scanners than the Burrell). I used it for the village feast in October where we generated on the High Street in the pouring rain all afternoon, then at a local farm's fireworks do where we again provided the illumination all evening.

Sadly, standing in the stable, it's right in Mrs P's field of vision and she's started asking those difficult questions again. Since I'm already fighting a rearguard action on the indefensible number of 7 1/4 inch gauge locomotives in stock, it's now up for sale.

The photographs were, in the main, taken here about a month ago. The two night-time ones were at Weeting last year and the picture of the trailer was when it first arrived at the old house. Click here for a more pictures of the engine taken in 2003 at the old house.