Sold June 2006 Back to Archive 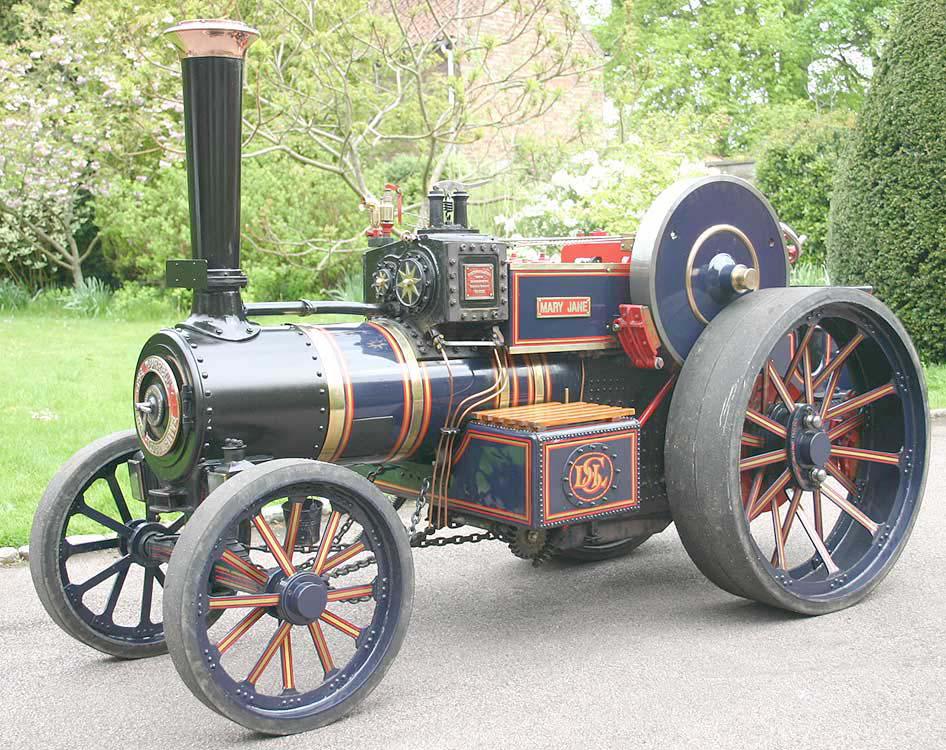 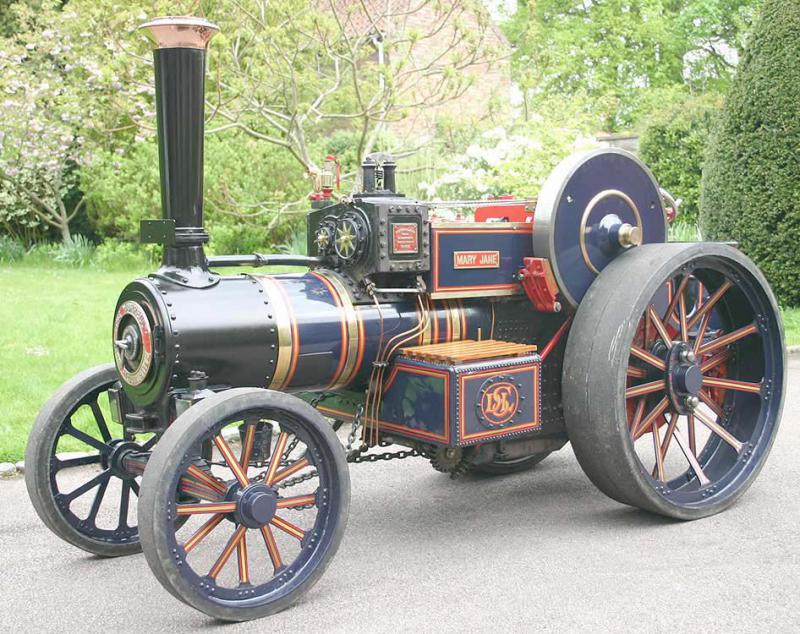 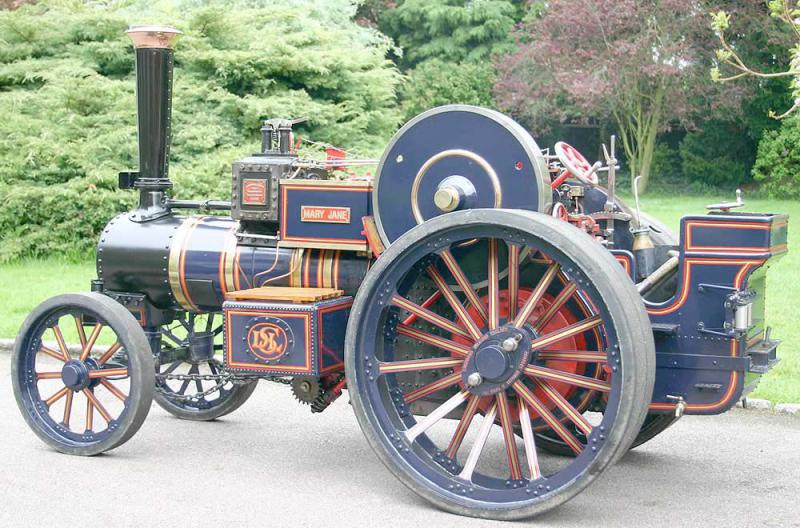 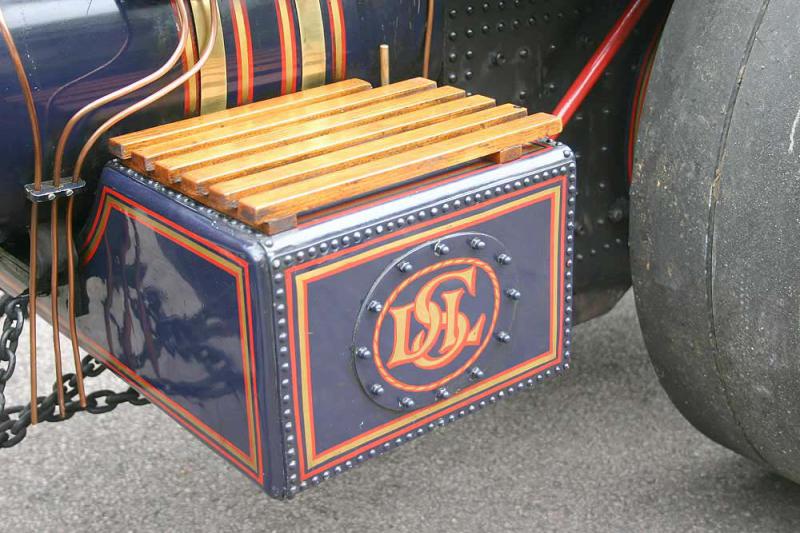 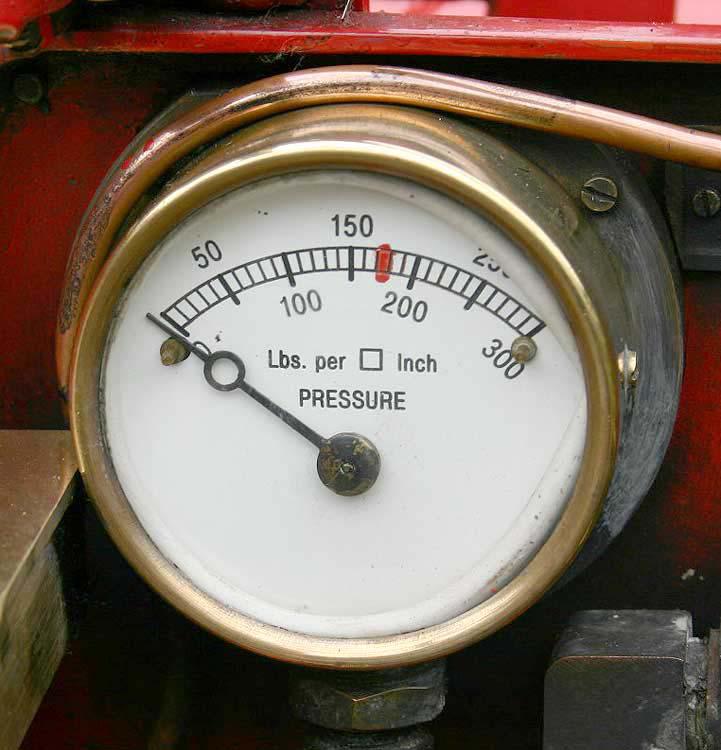 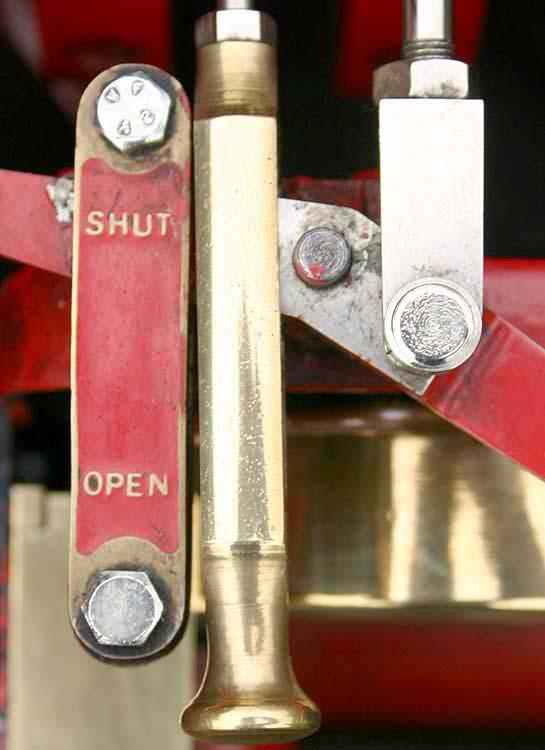 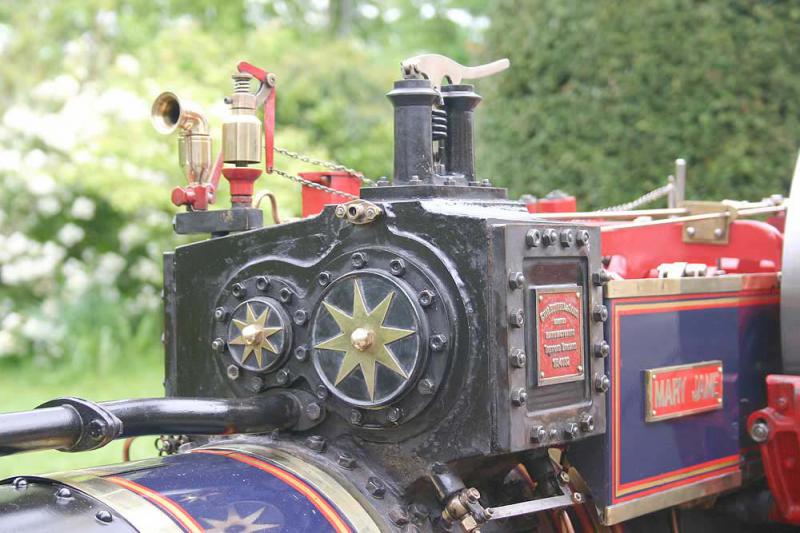 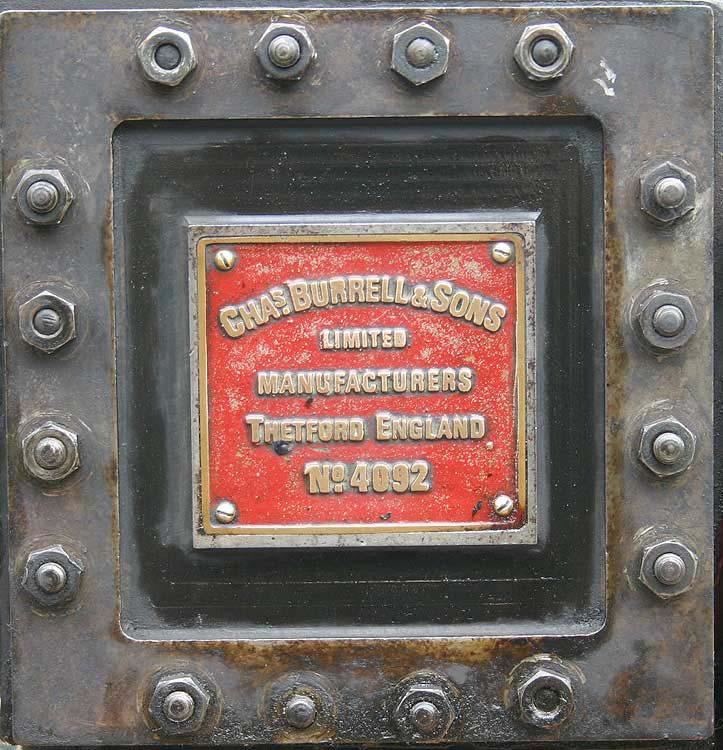 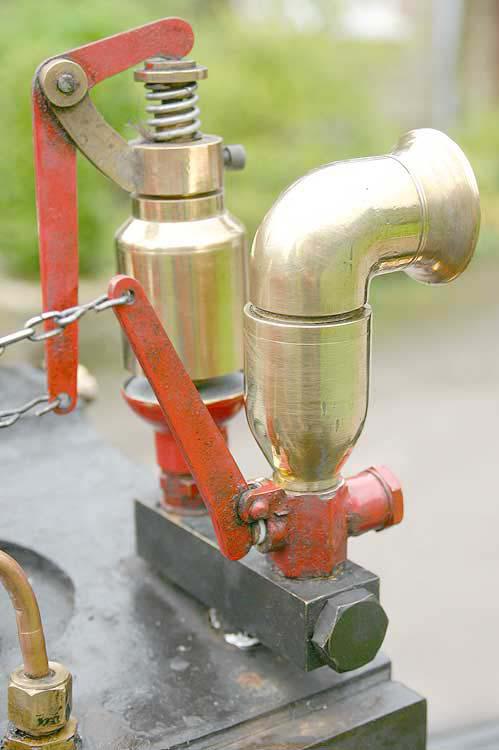 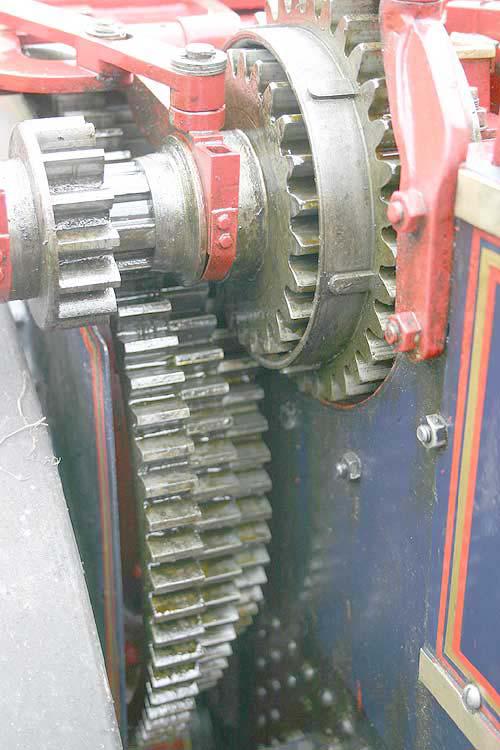 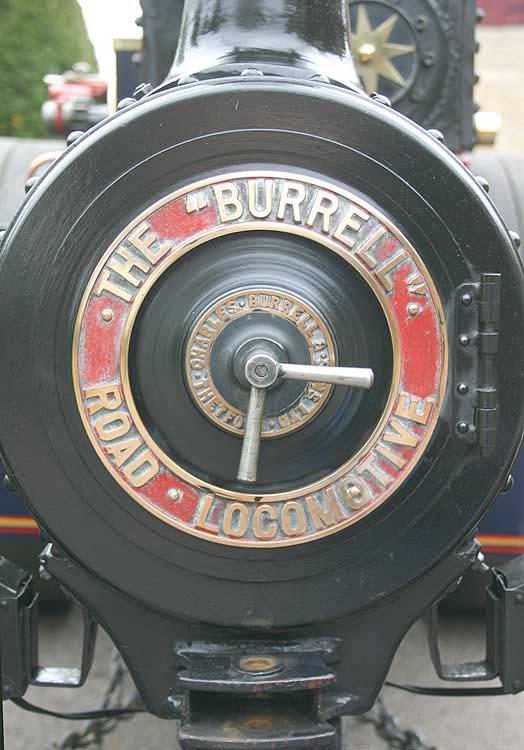 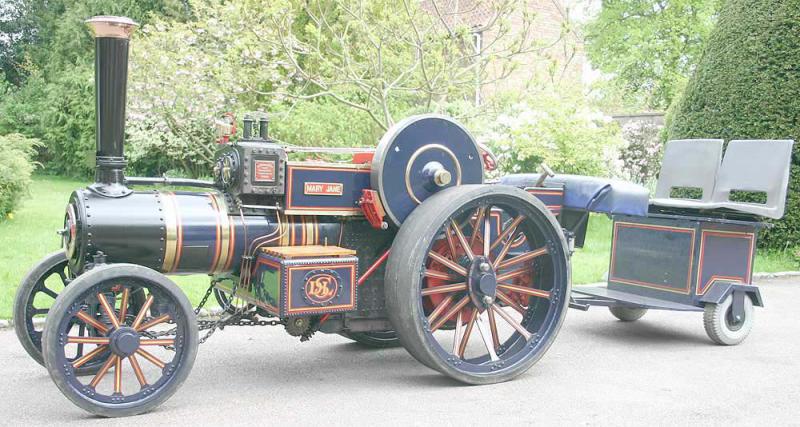 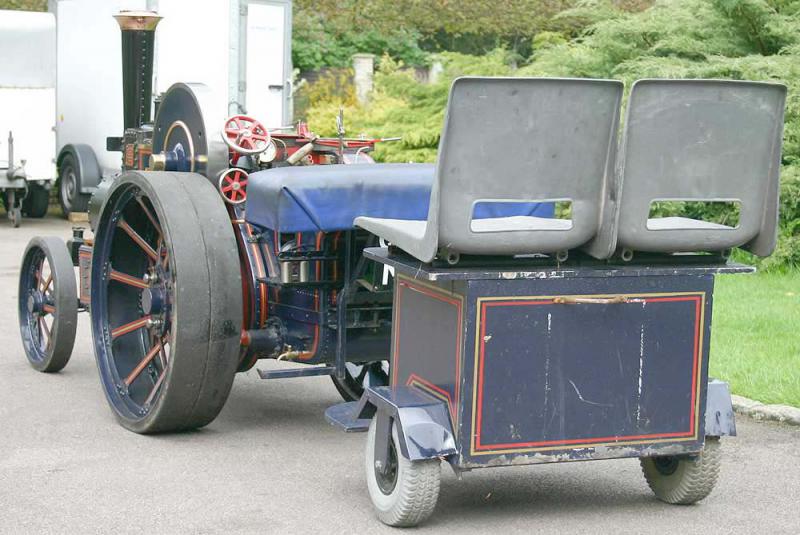 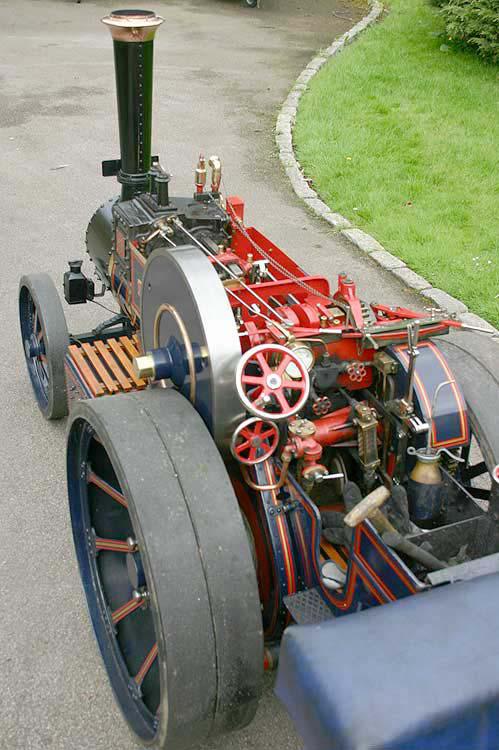 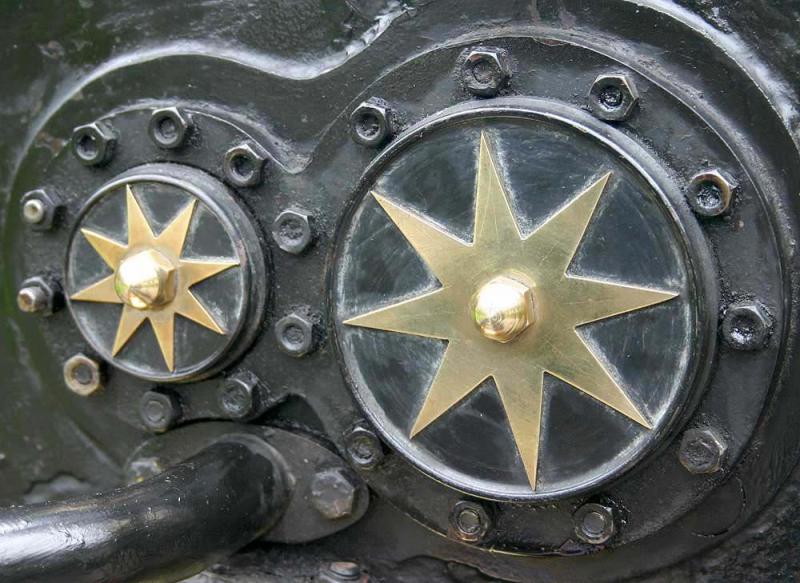 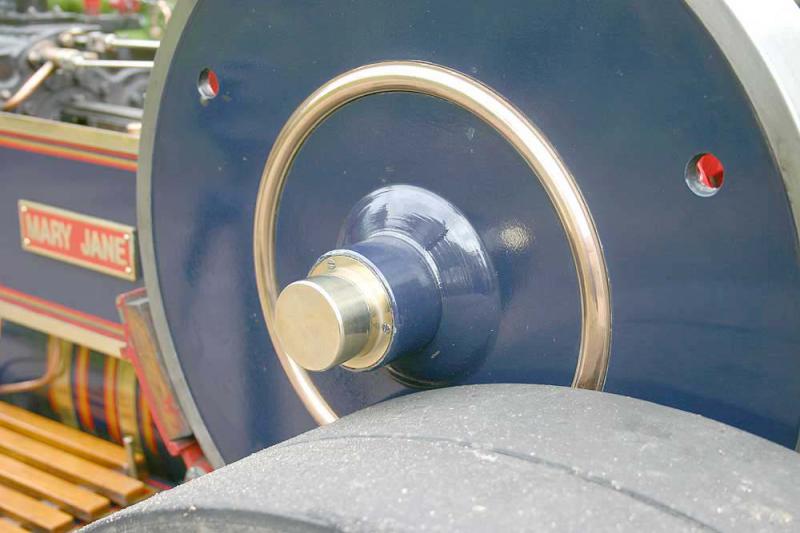 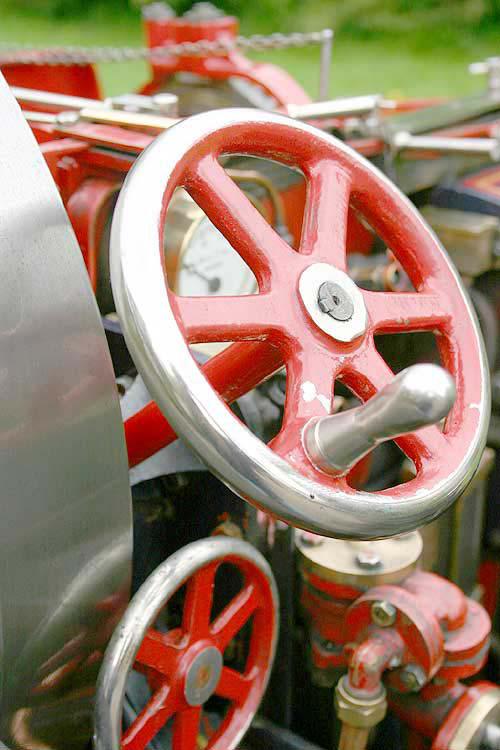 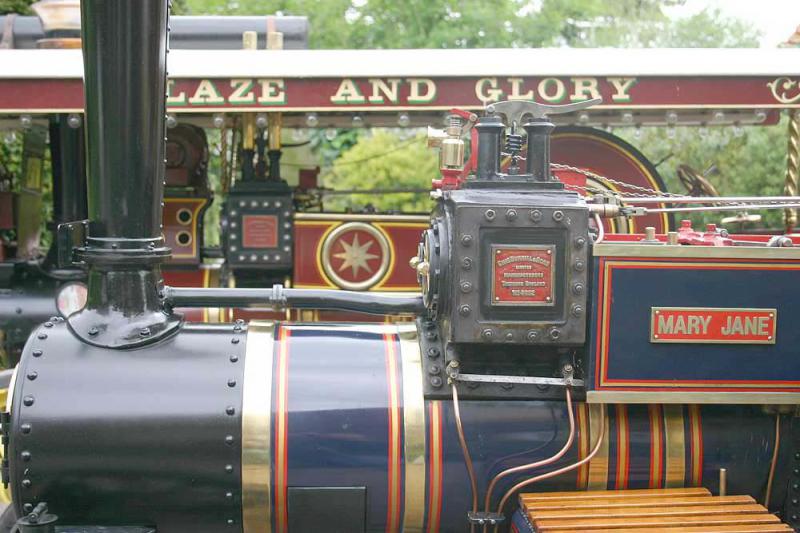 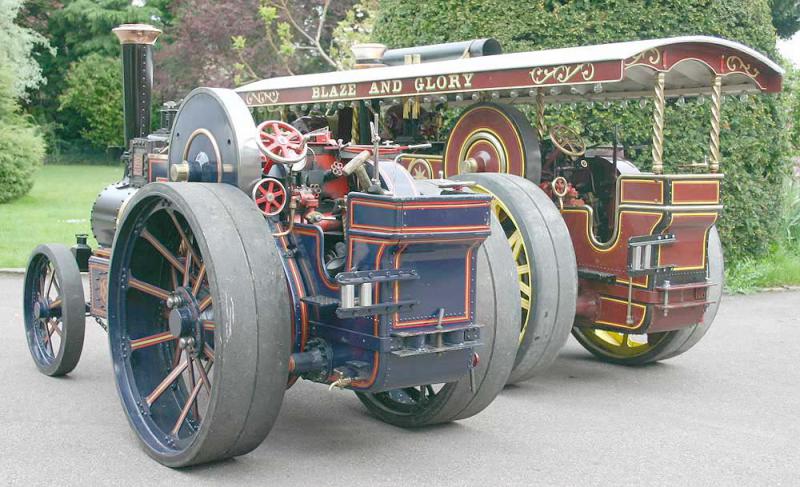 Built to the same Live Steam Models design as my Burrell Showmans, this engine was constructed over a 2 1/2 year period, completed in 2000. The builder is a talented engineer with several other large traction engines to his credit - this one was built using his own patterns and castings and is exceptionally well-engineered throughout.

Steel boiler with expanded in tubes and fusible plug, fed by mechanical pump and injector. Water is carried in the tender and belly tanks, there is an auxiliary five gallon water tank in the passenger trailer. Steam water lifter mounted on the right hand belly tank. Working pressure 175 psi.

Three speed transmission with differential and winch behind nearside rear wheel, road wheels fitted with rubber tyres, screw-down brake operating on both rear wheels. Working electric headlamps, with a battery discretely hidden in the toolbox. The engine is road-registered with a V5 registration document.

The pictures were taken early this year when the engine first came in. Much taken with its quality and performance, I kept this one and sold the Showmans version which was magnificent in its own way, but much more fiddly to drive with a roof on, requiring a low driving trolley behind. This engine has a very comfortable tender-mounted seat, a combination of its weight and length means that it is completely stable with even the largest driver, indeed David and even managed to drive it side-by-side on the seat (which is worryingly close to 30 stone...).

It goes well (even the boiler inspector liked it, zooming around our industrial estate until well after dark - we could only locate him by the sound of the safety valves) and has just had a boiler inspection with a new certificate issued expiring January 2007. There is full documentation for the boiler going back to its original build, with steel material certificates and previous Southern Federation Club boiler tests.