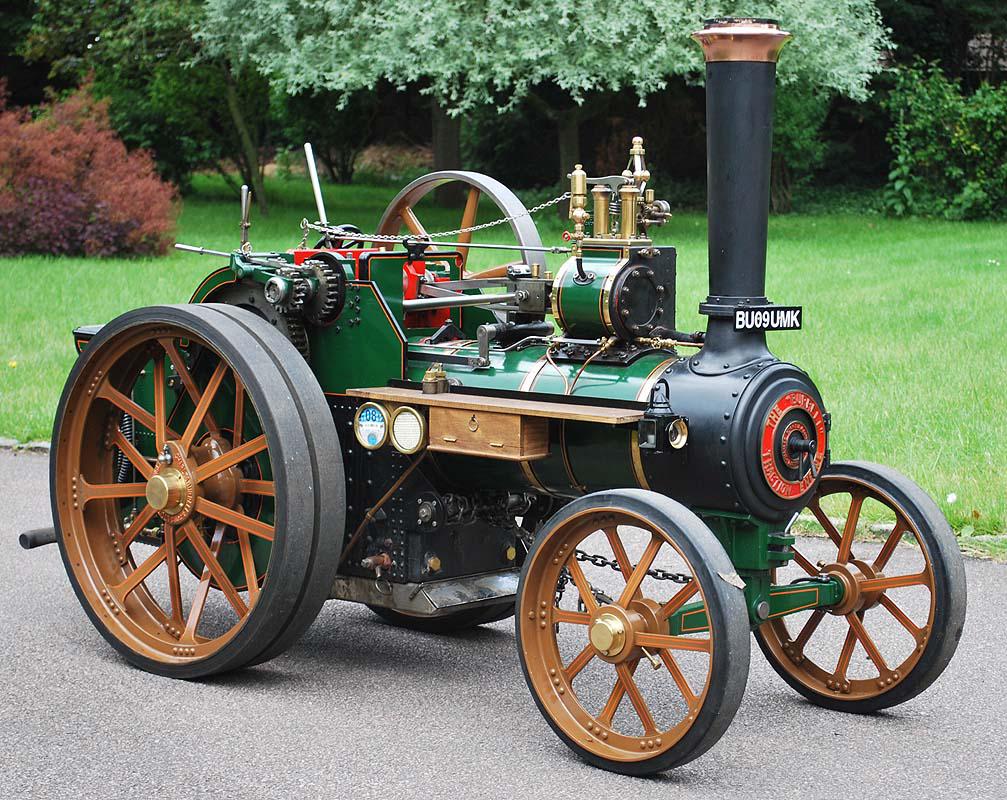 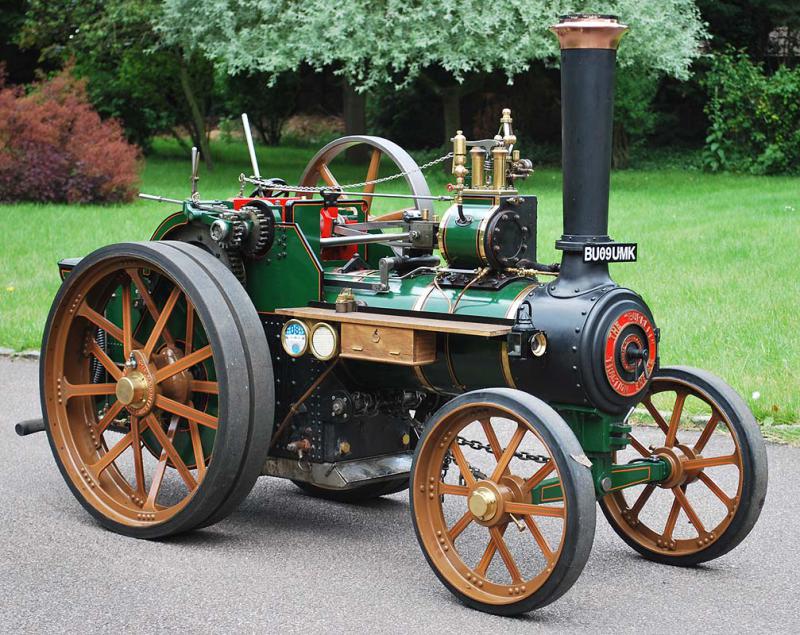 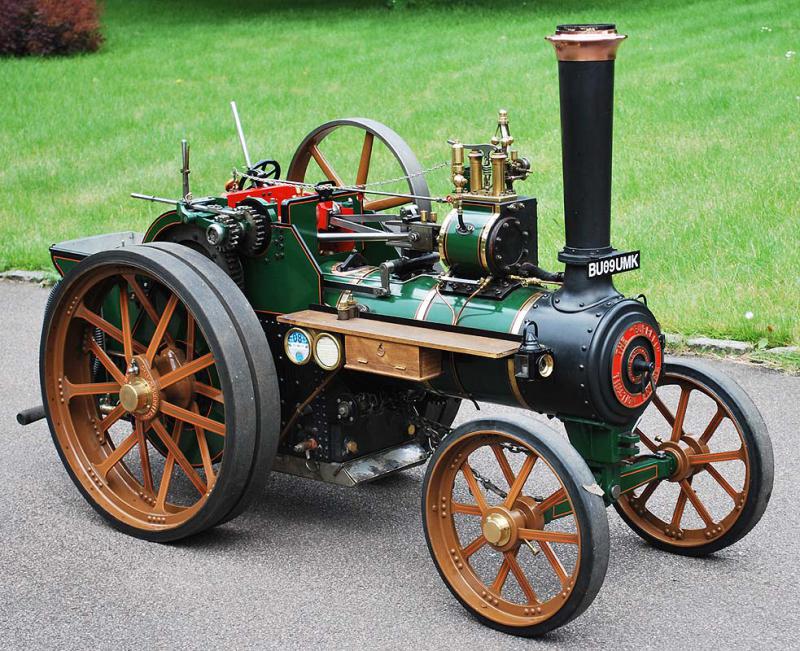 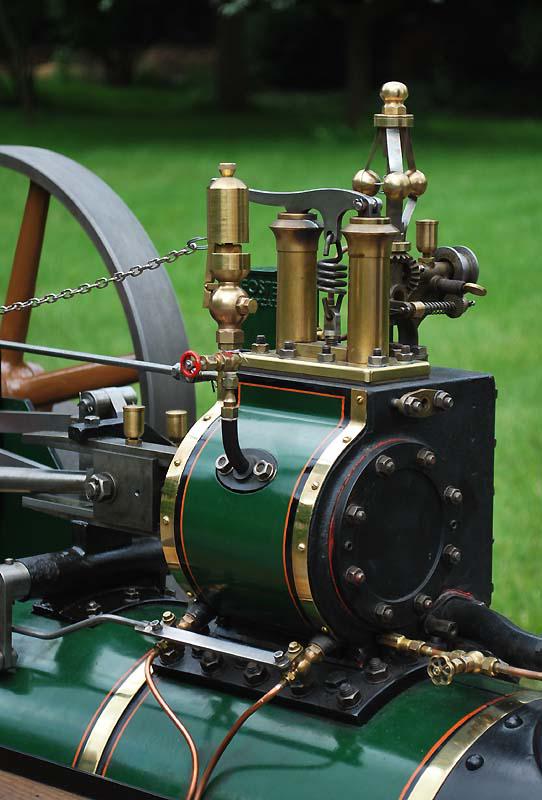 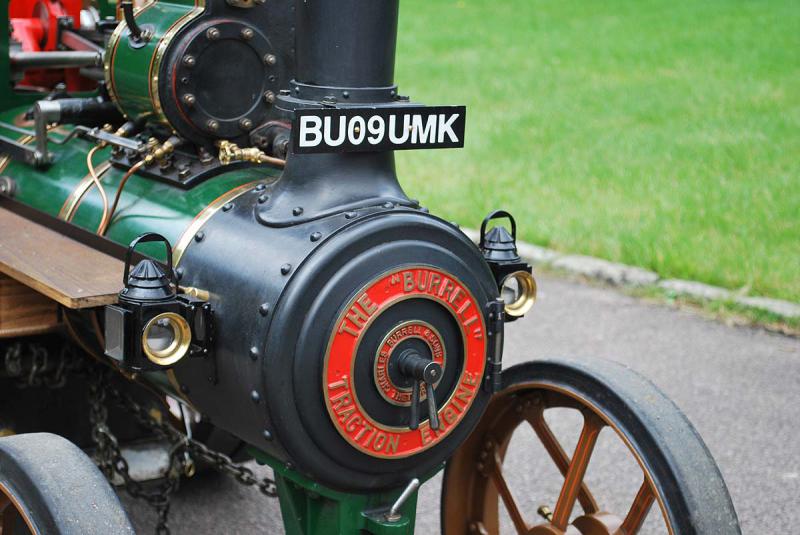 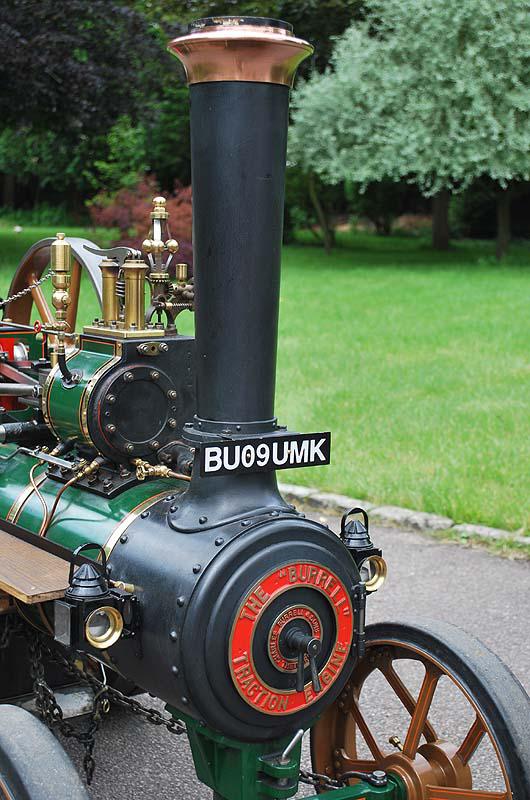 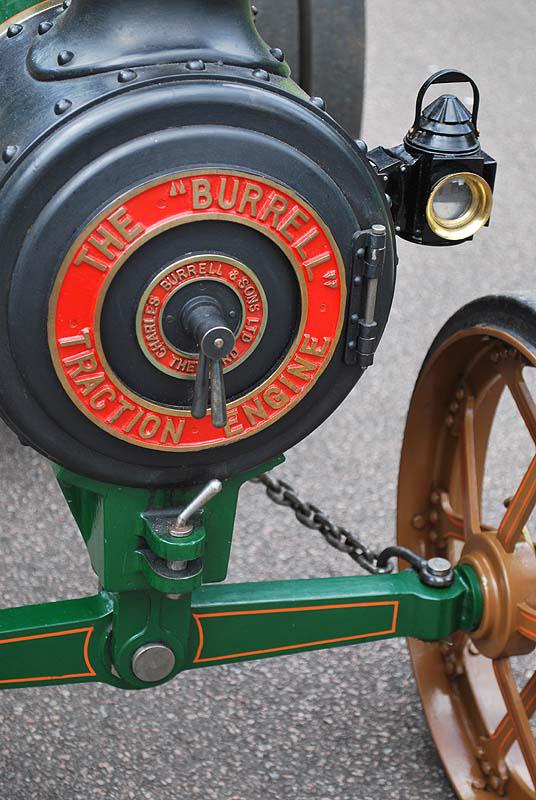 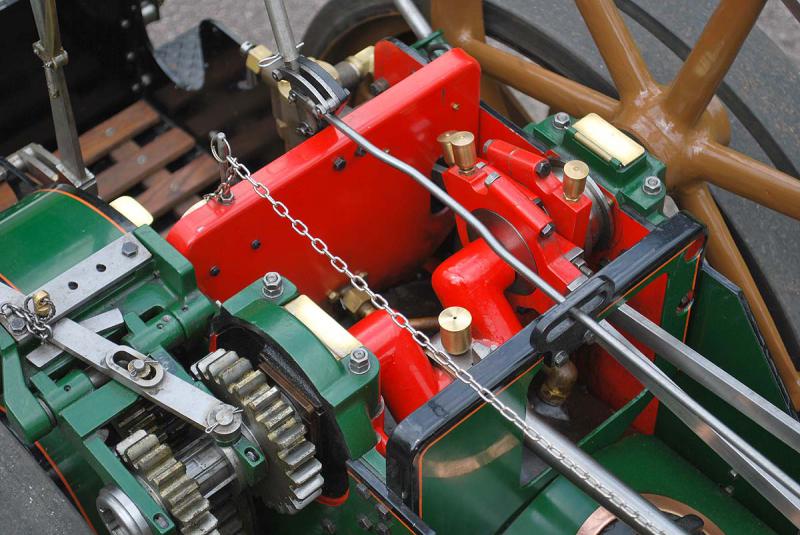 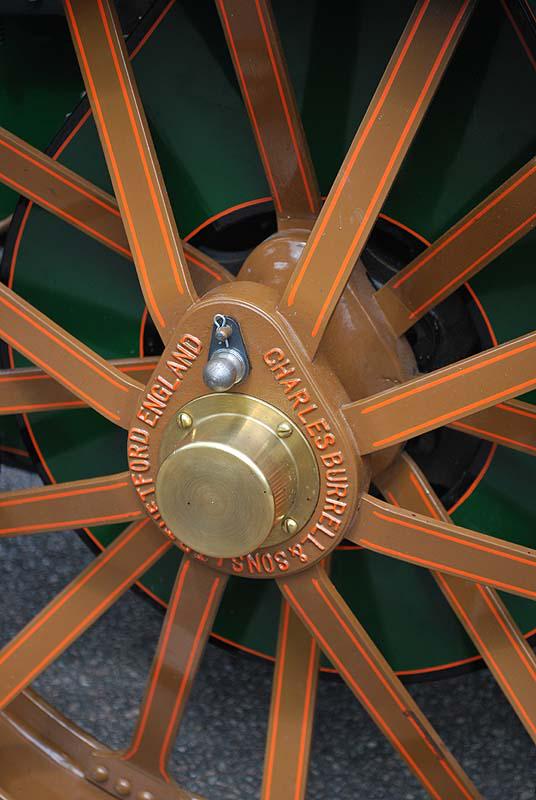 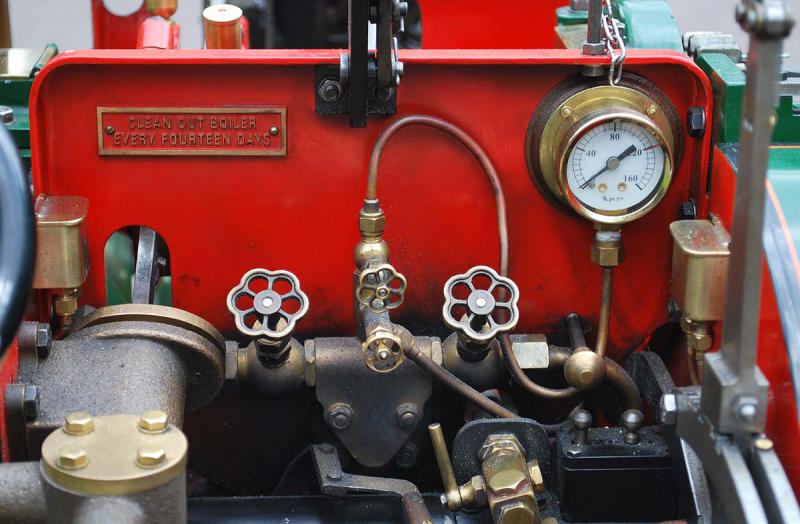 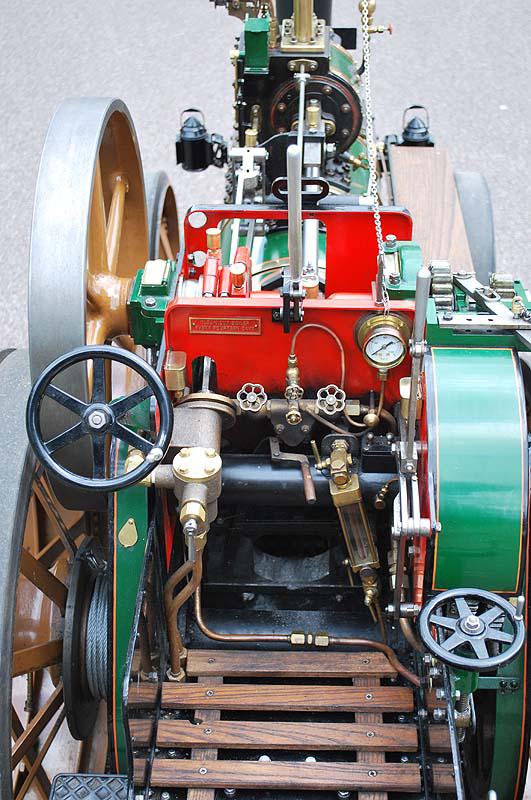 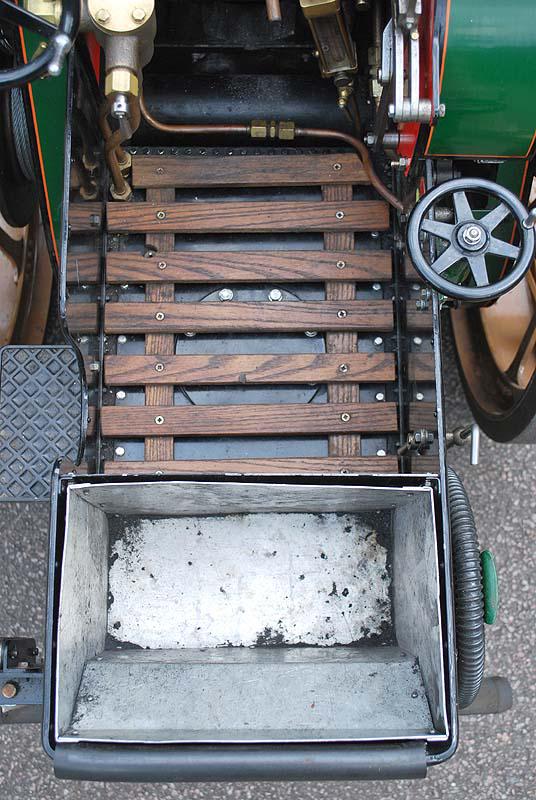 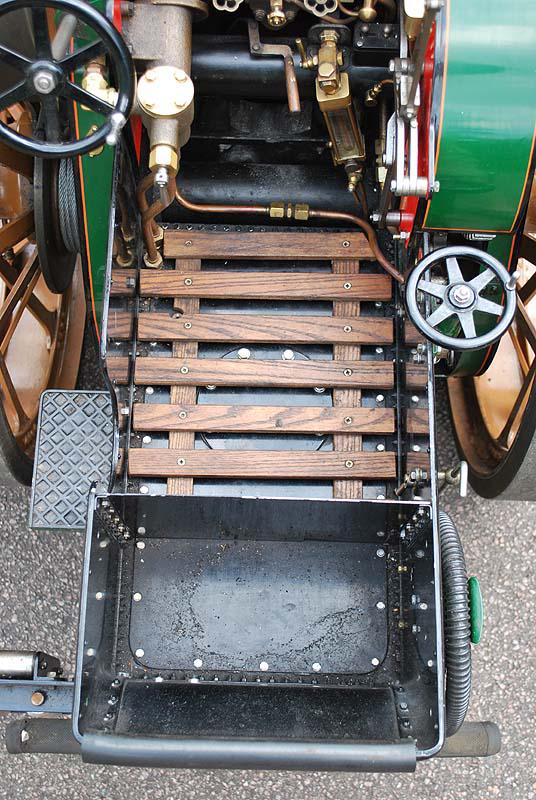 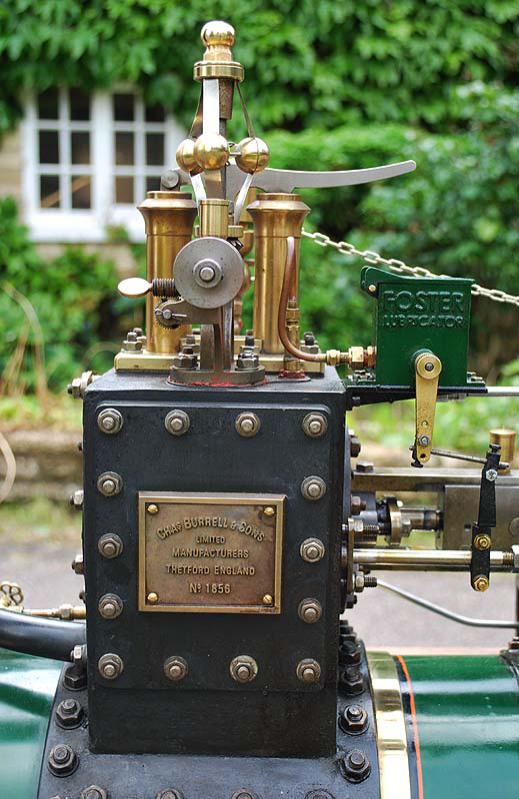 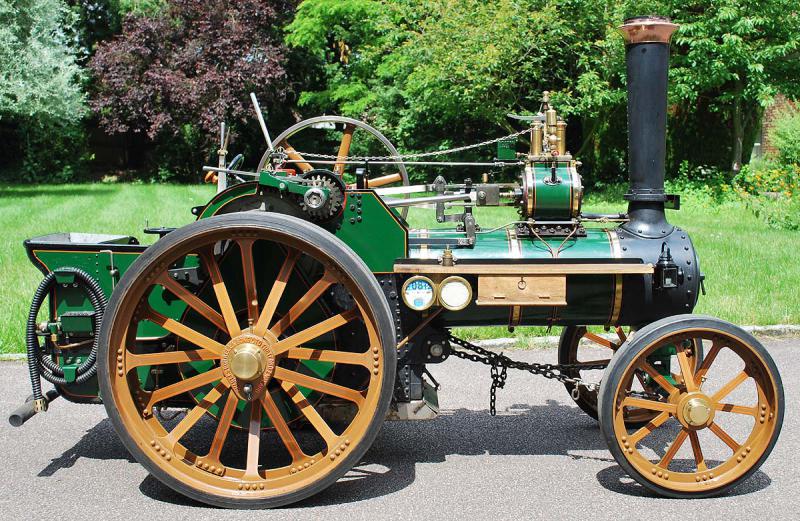 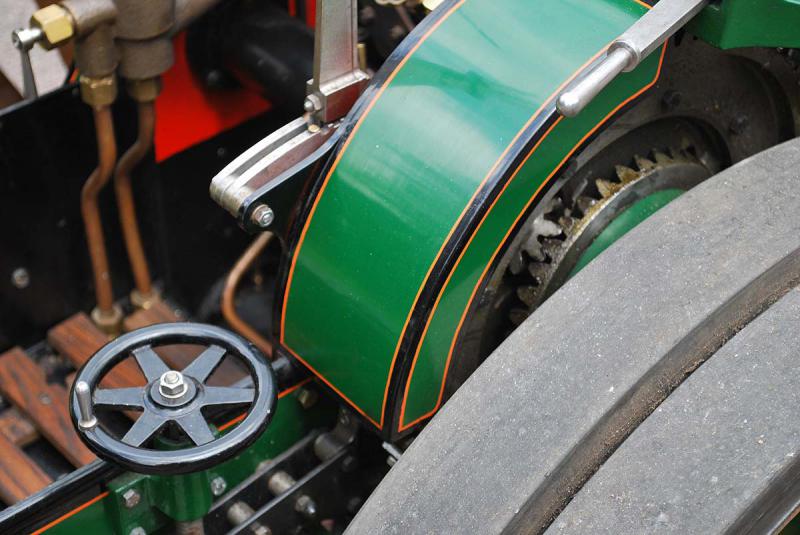 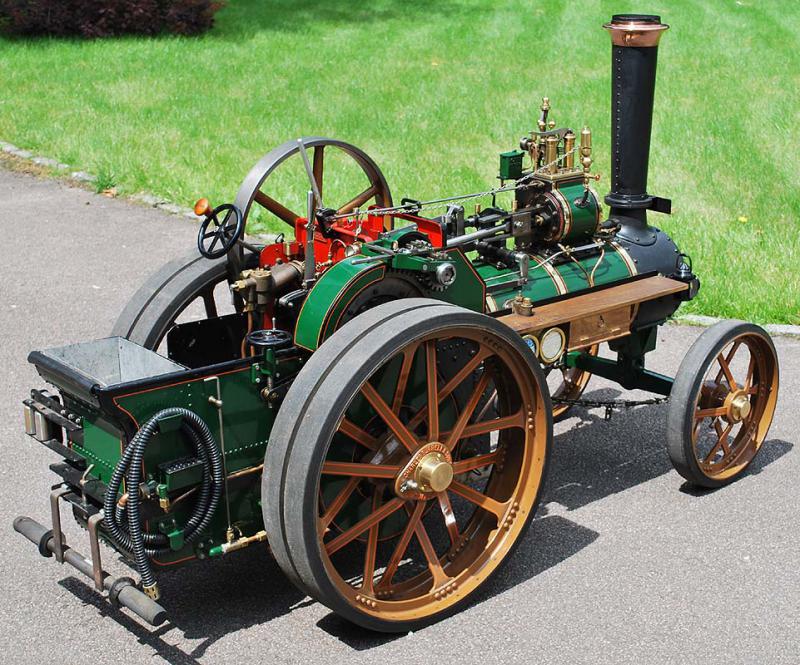 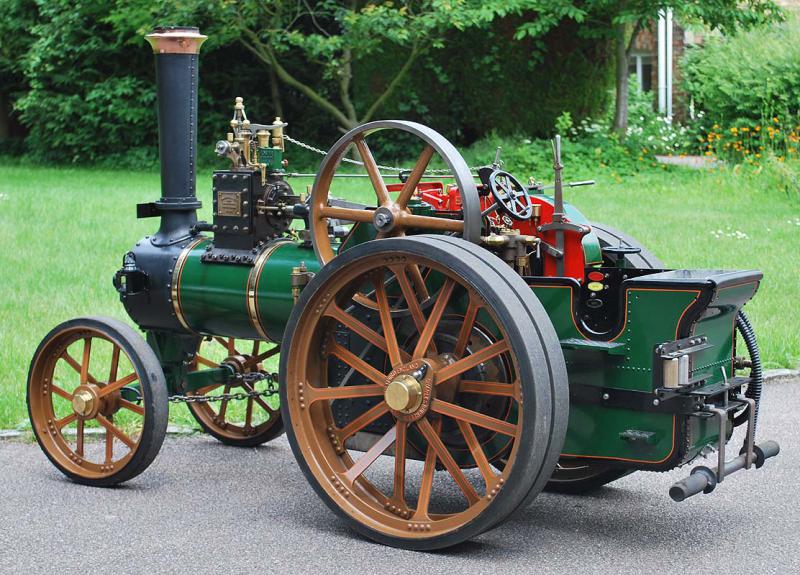 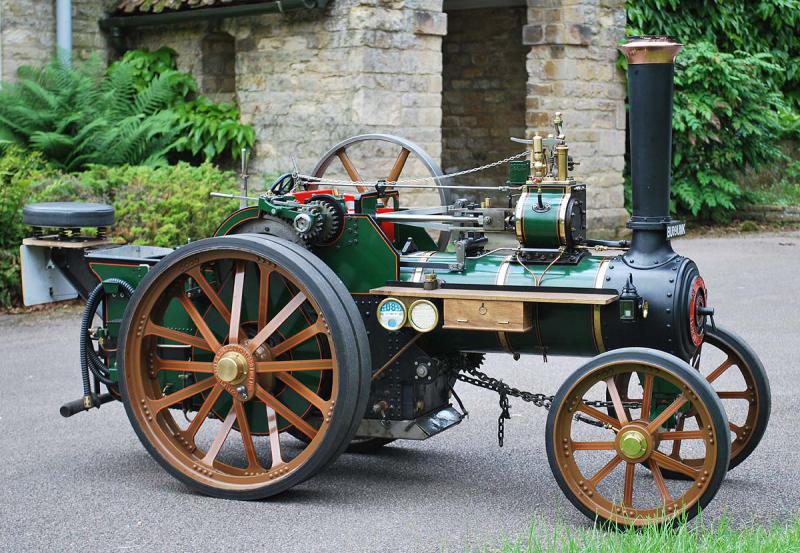 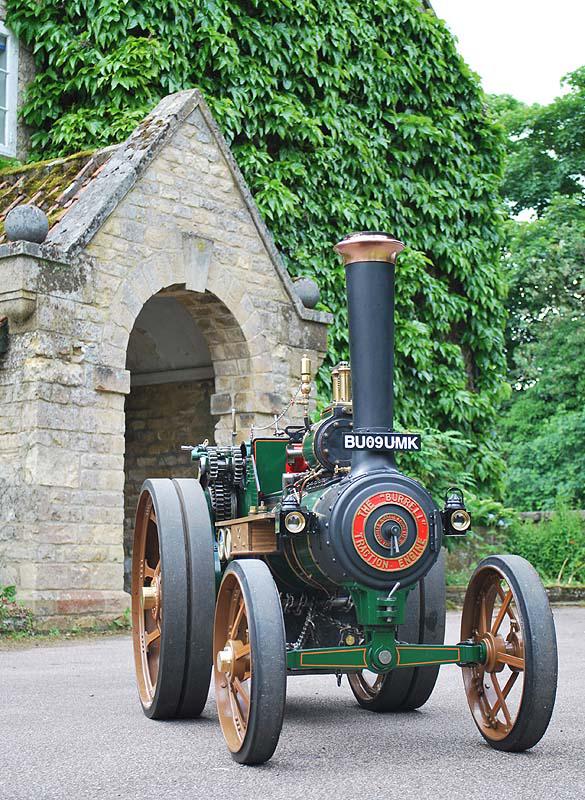 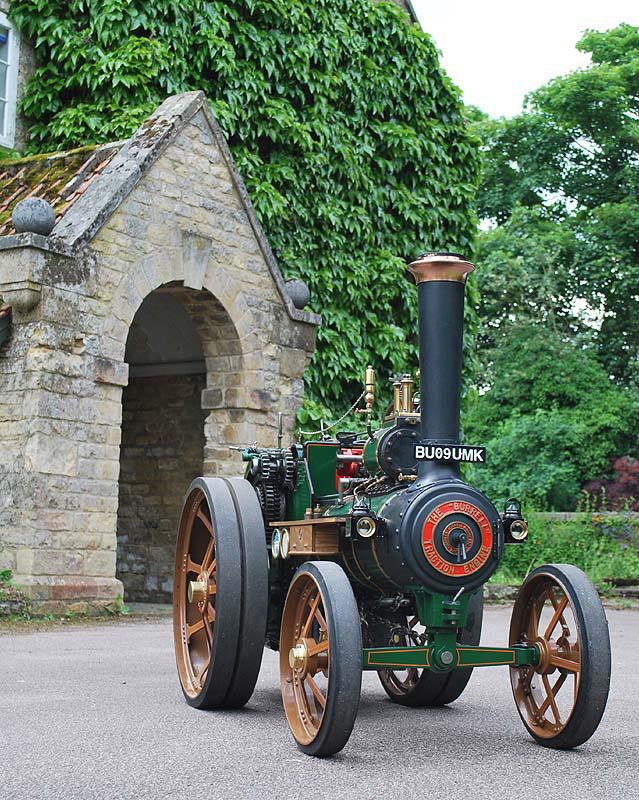 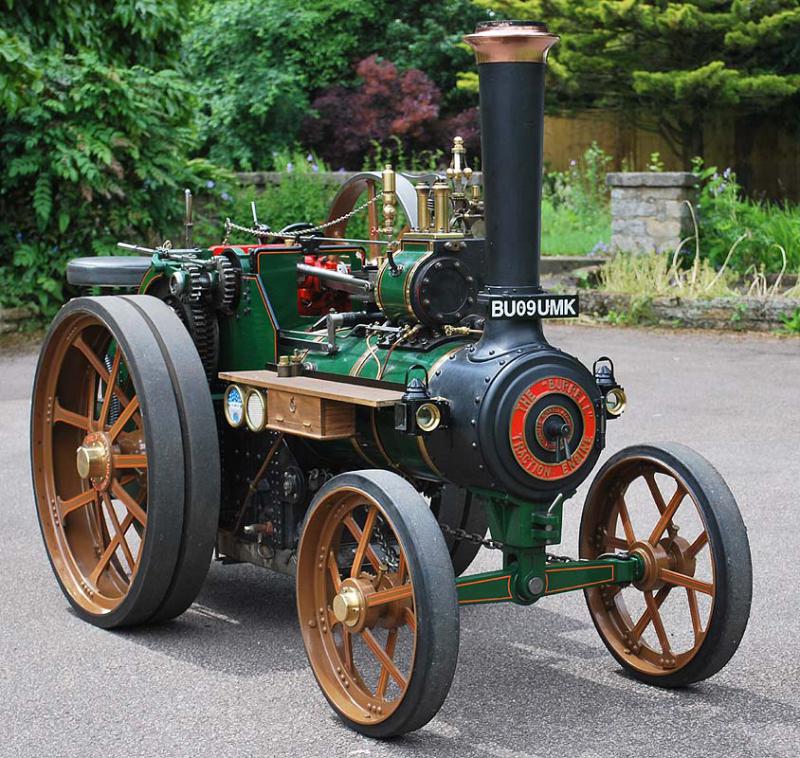 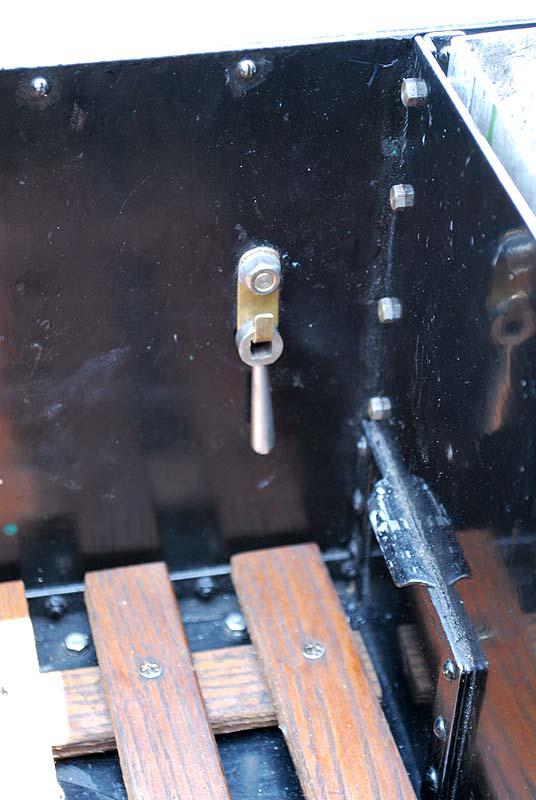 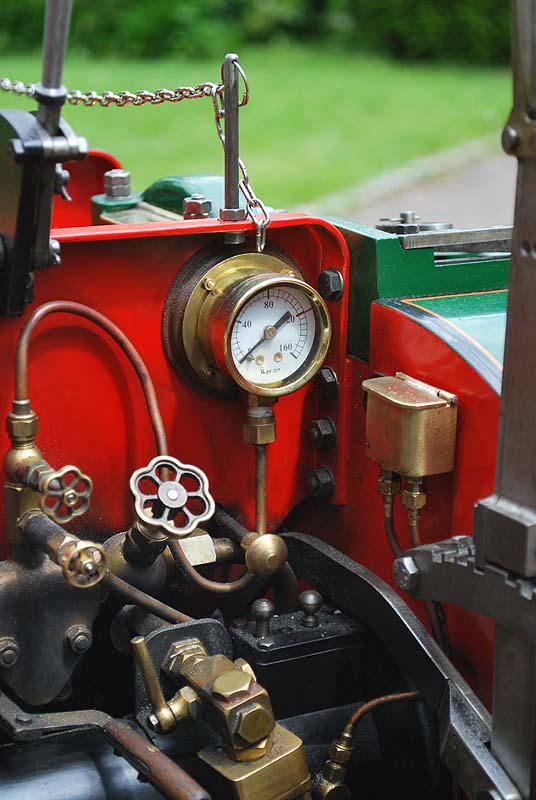 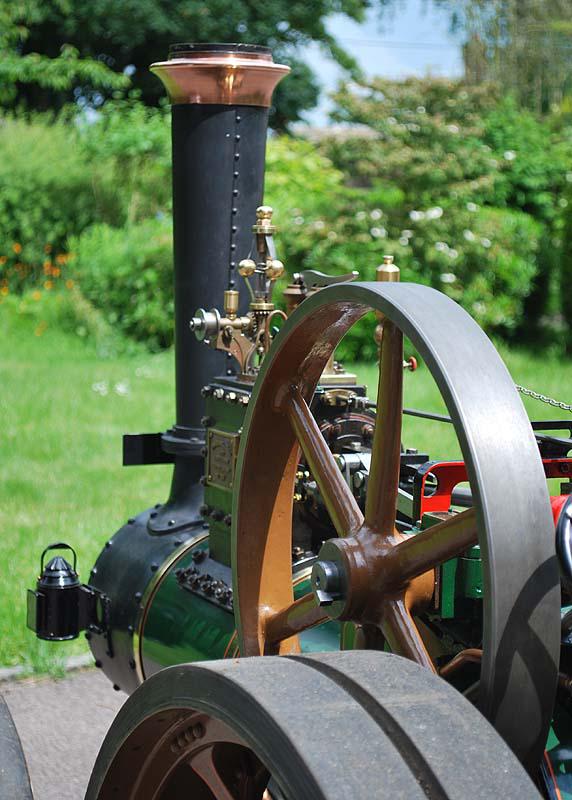 A well put together 4 inch scale Burrell agricultural engine, completed in 2009 and having seen only careful use in the hands of the builder since. It's particularly well-finished, brush painted and hand-lined and with lots of neatly done little details, from remote axle oilers mounted high up on the backhead and removeable liner to protect the bunker from coal to the thoughtfully-provided hook in the tender to hang the clack valve lever on - leave it on the valve and sooner or later somebody will turn off the pump clack, followed shortly after by the requirement for a new pump rod and/or pump...

The engine runs well, it's free-steaming and mechanically quiet. Road-registered with V5, it comes complete with build documentation and some odds and ends including a spare injector, tube brush and spark arrester for the chimney - there's also a bottle of water treatment for the boiler, the engine has been run on it from new . There is a detachable driving seat mounted on the tender, supported on four springs for comfort - it's fine as long as you're not prone to sea-sickness. The front lamps are on spring-loaded brackets and have a pair of nightlight candles in them (yet to be lit, the lamps are as-new inside and out).