Sold December 2003 Back to Archive 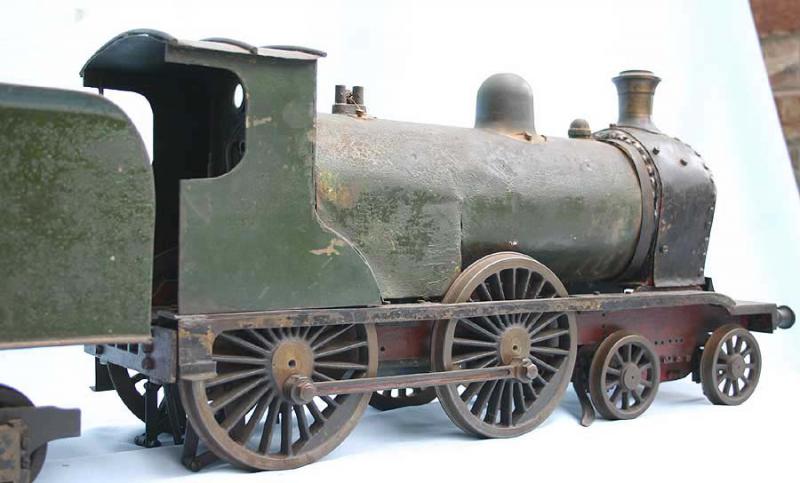 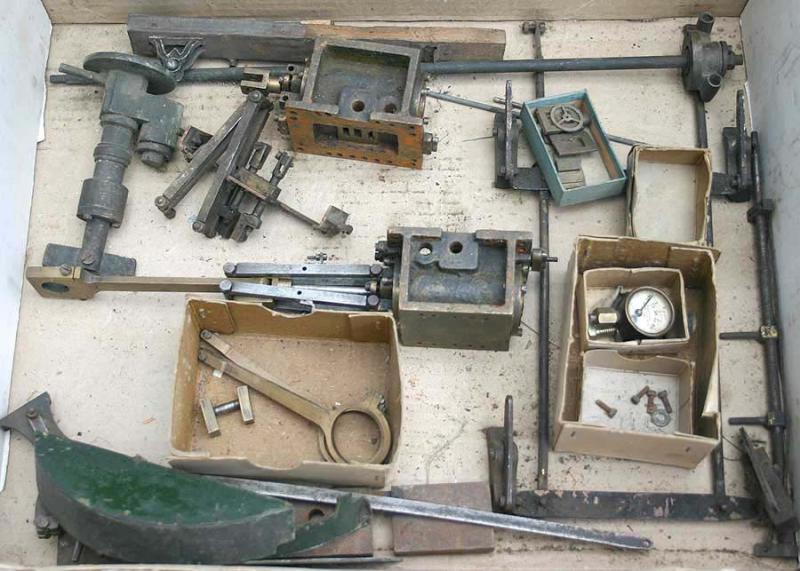 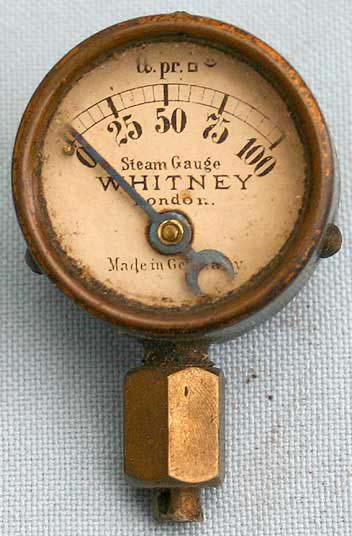 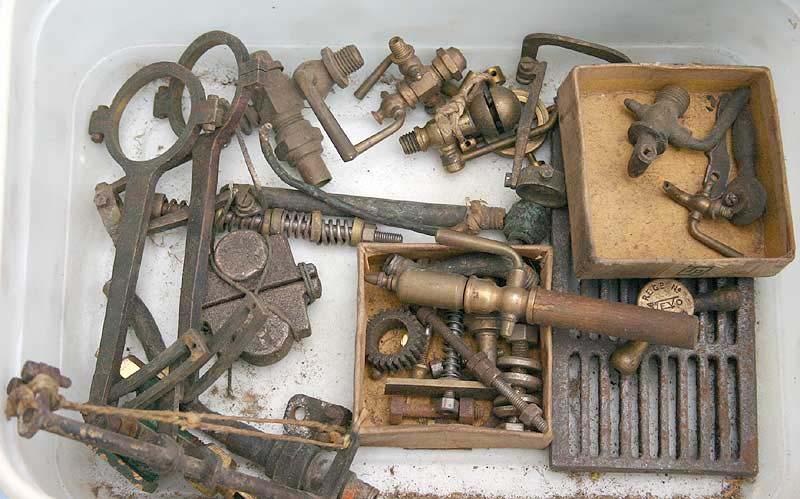 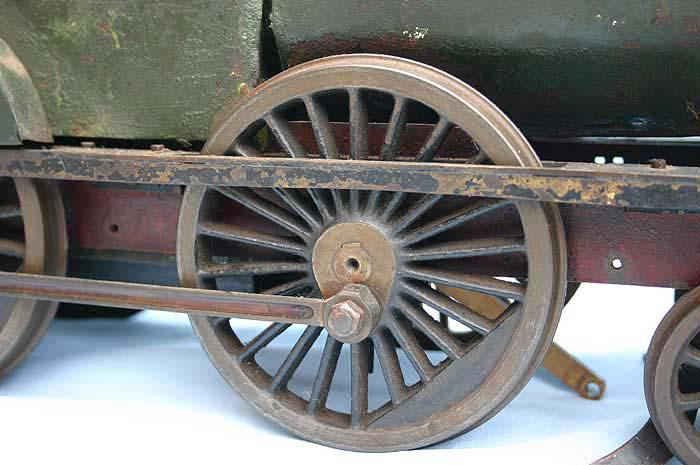 Ancient 4-4-0 from model engineering's pre-history! What appears to be a commercially-produced coal-fired locomotive, probably dating from the nineteenth or very early twentieth century. Much dismantled, but most if not all the parts appear to be present in the boxes of bits. Some original paint remains, with a well-crazed patina (which is probably to be expected after a hundred years knocking around).

Riveted, soft-soldered multi-tube boiler with twin Salter-type safety valve. There is a filling plug screwed into the boiler in front of the dome. Inside cylinders with slide valves actuated by Stephenson's reversing gear. The crank axle is fitted with four split eccentric sheaves, the expansion links, lifting links and weighshaft are still assembled in the box of parts.

Eight-wheel bogie tender with a large screw-top water tank loosely fitted in the back.

It should hardly need saying that this is not sold as either a running or runnable engine - in deference to its age I wouldn't attempt either to repair or test the boiler. However, as a rather lovely old relic it is certainly worth reassembling.