Sold November 2020 Back to Archive 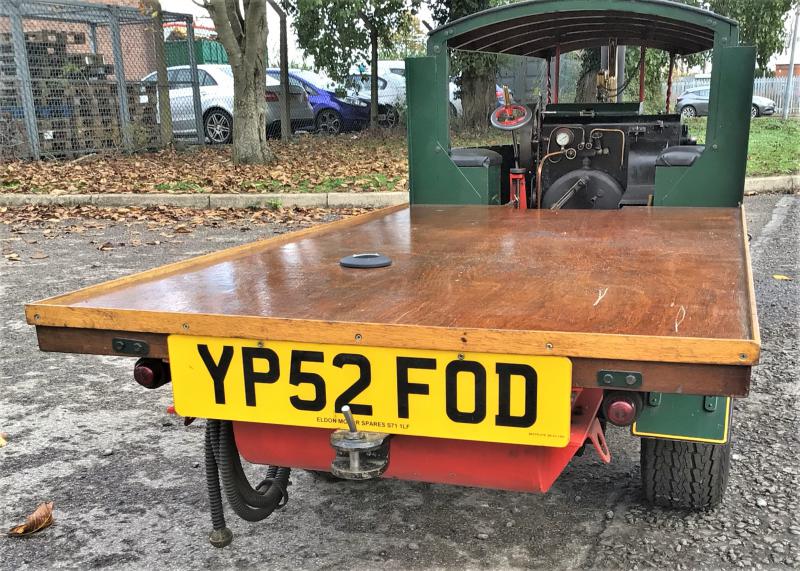 Maintained in good condition, it's had infrequent use since that time - mainly for carrying the owner's 5 inch gauge locomotives from his workshop to the club track about two hundred yards away!

We've known the engine for some years, re-tubing it for its original owner in the summer of 2016 (right in the middle of the rally season - he dropped it with us one Tuesday prior to an event he'd got booked that weekend), before buying it the following year.

Since last here it's had big and little end bearings replaced, new Clupet rings fitted and the regulator re-faced with a pilot notch added, contributing greatly to ease of handling at low speeds.

The wagon steams freely and runs well - there's a clip of it in steam earlier in the week here.

Road-registered with V5 document and sporting a rather appropriate registration number.