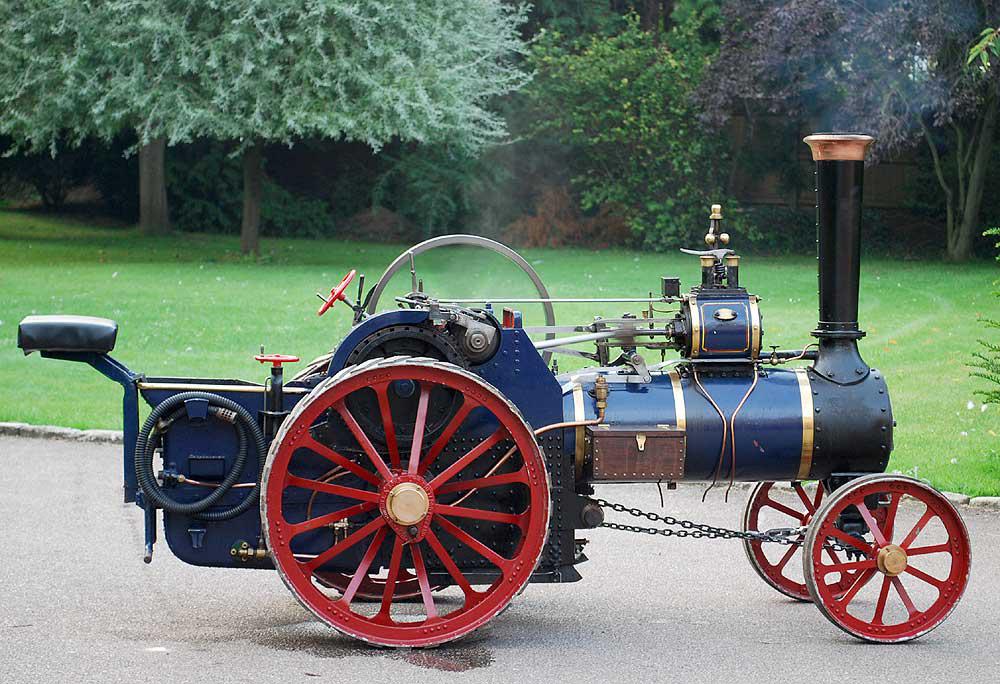 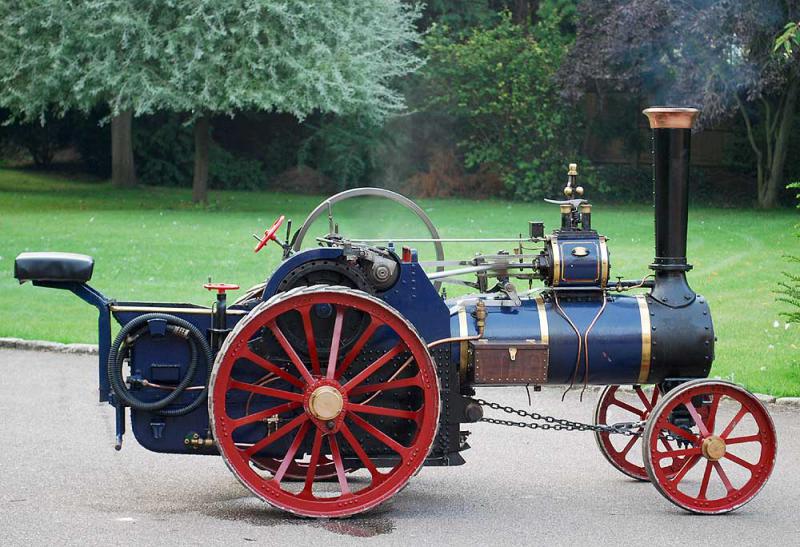 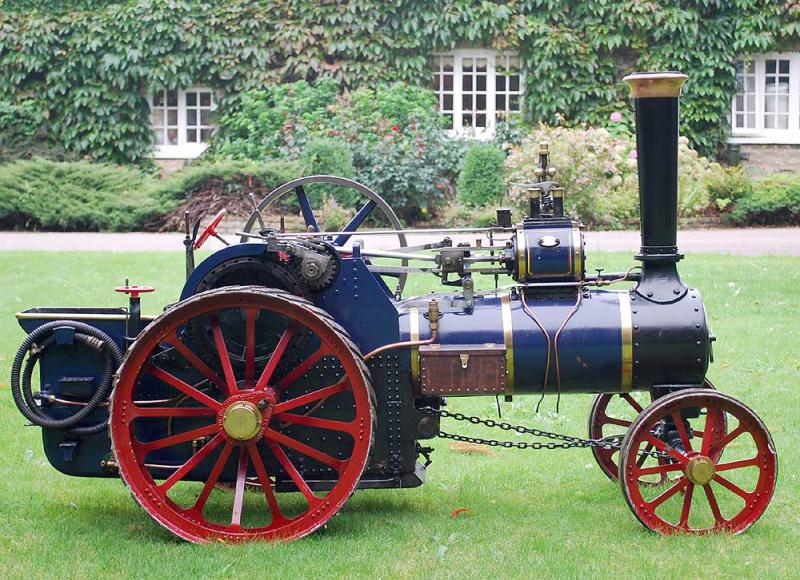 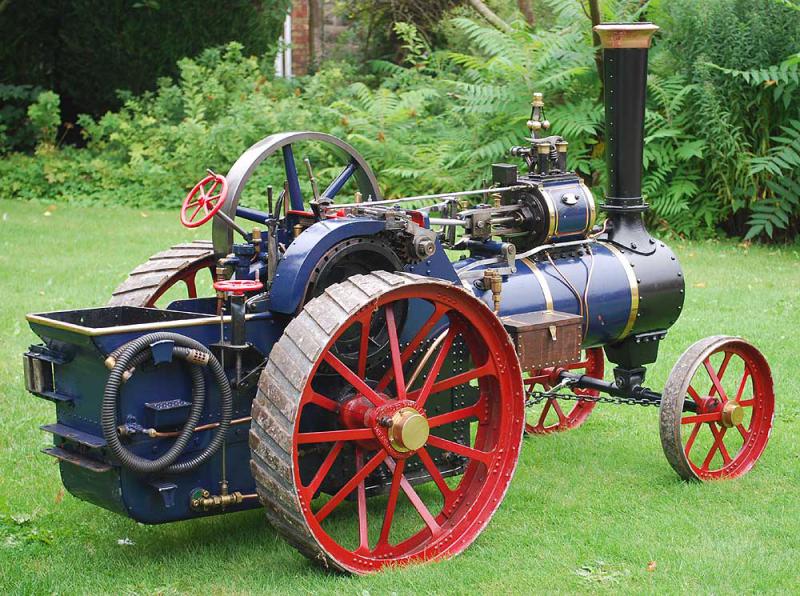 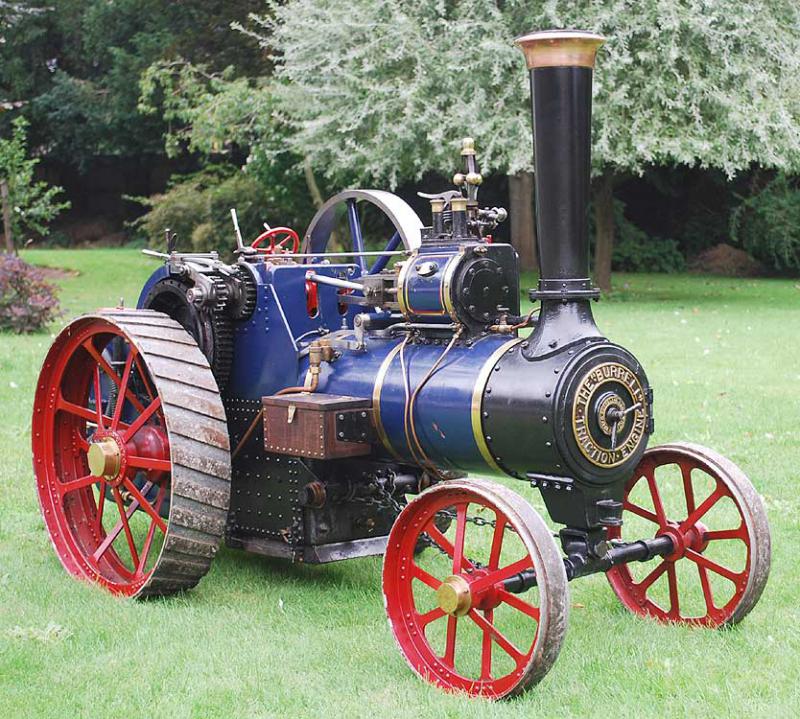 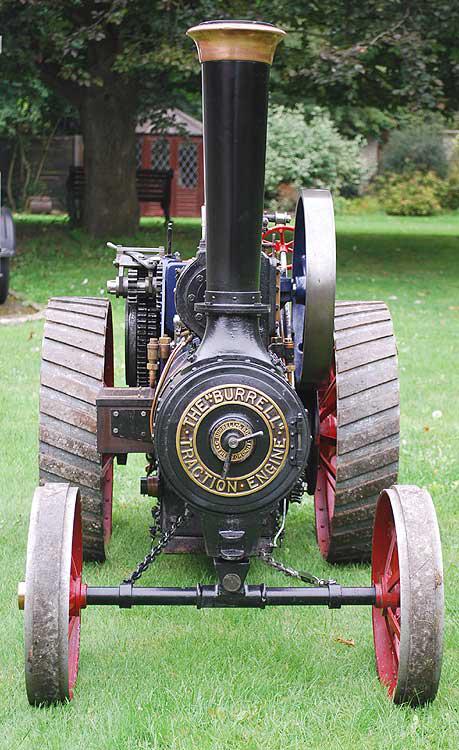 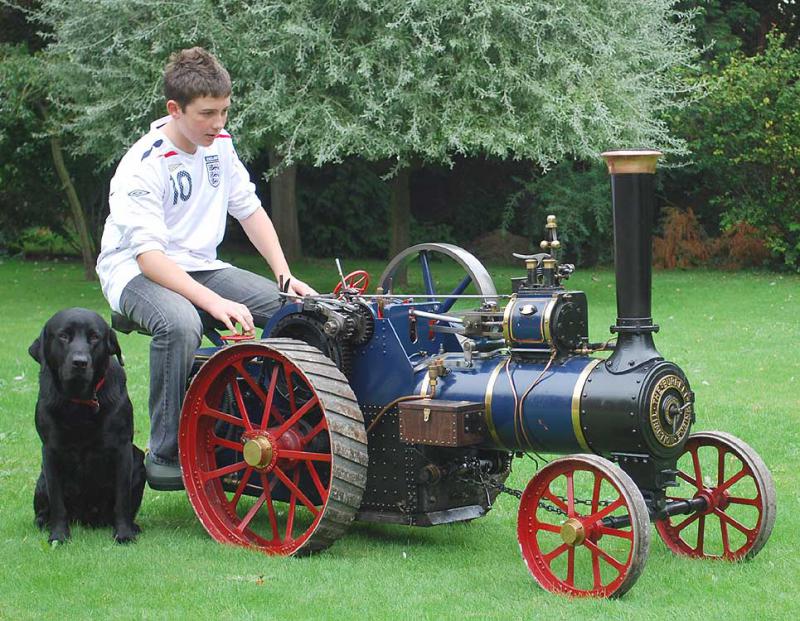 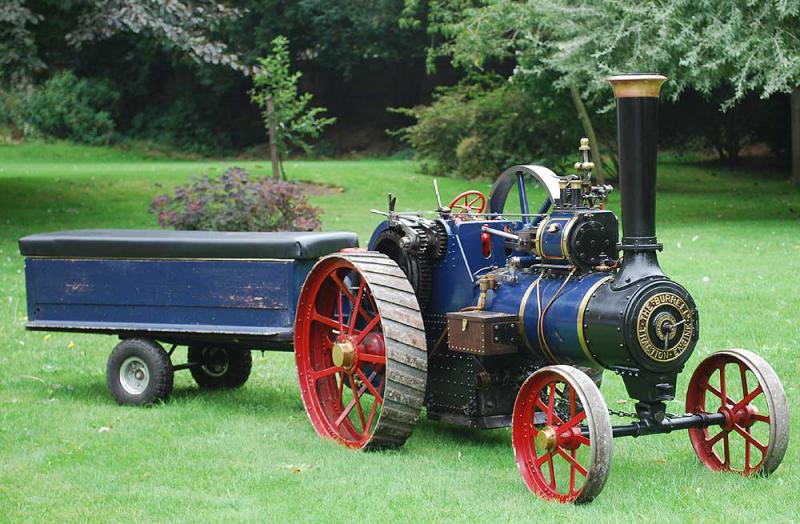 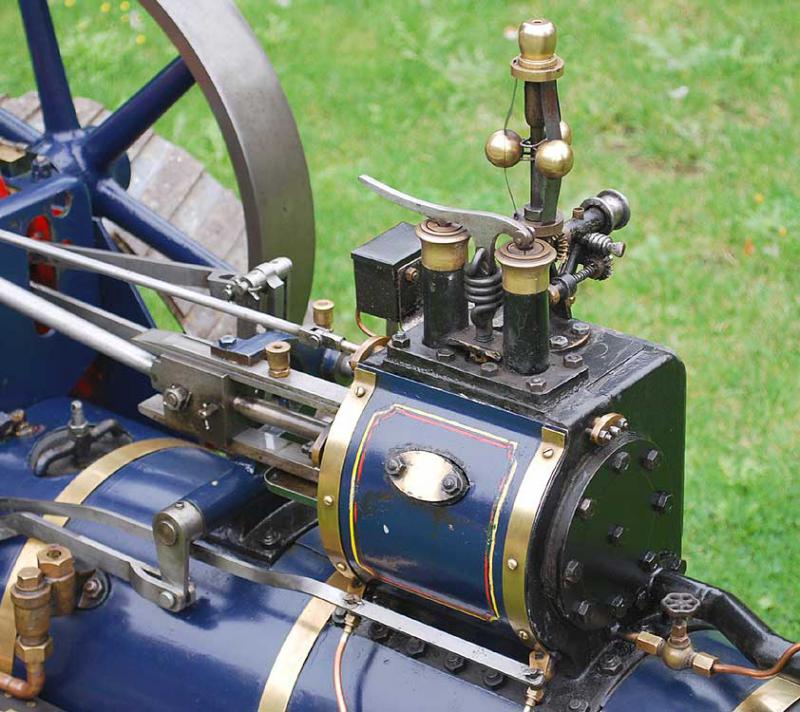 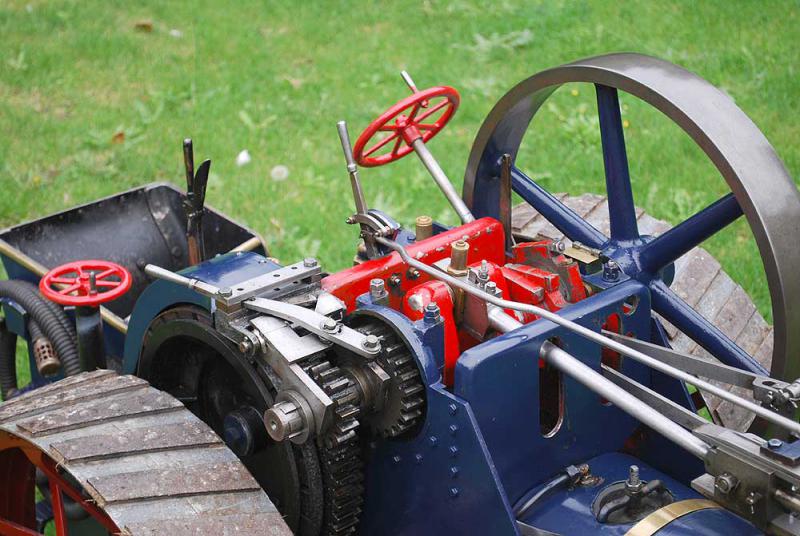 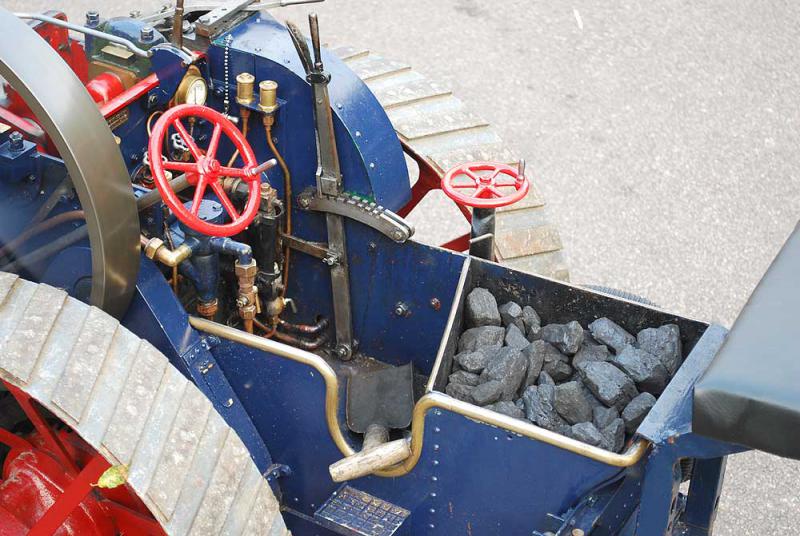 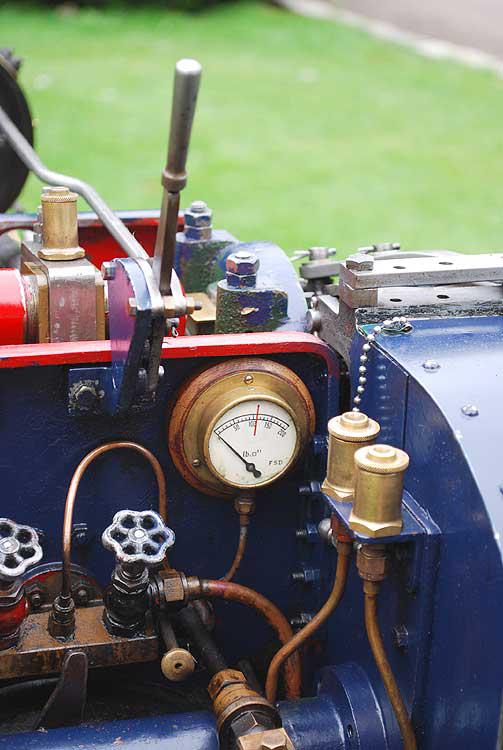 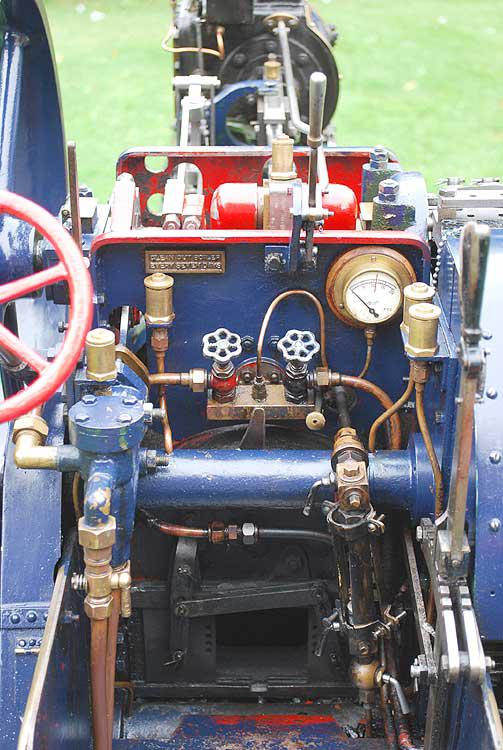 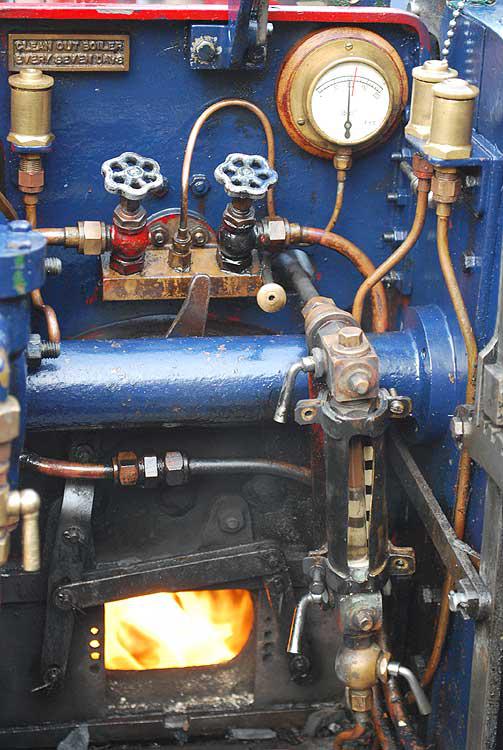 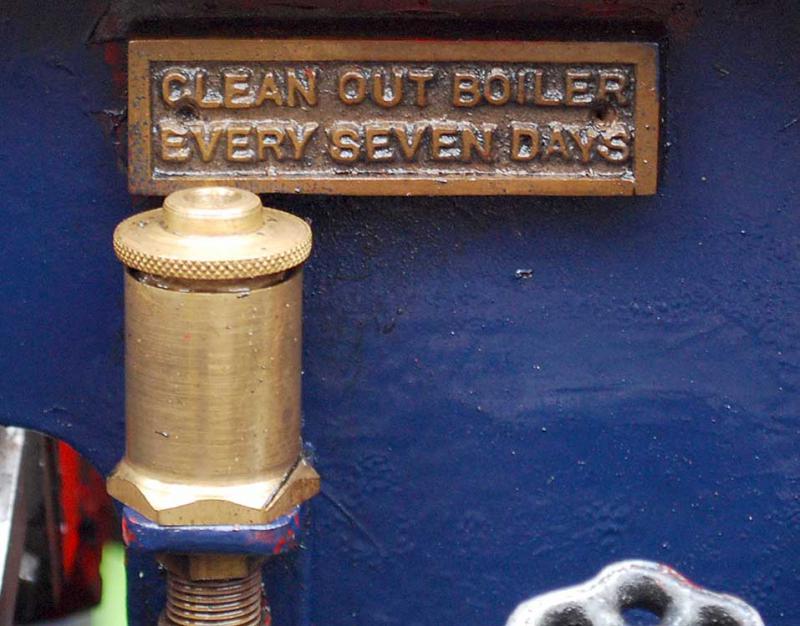 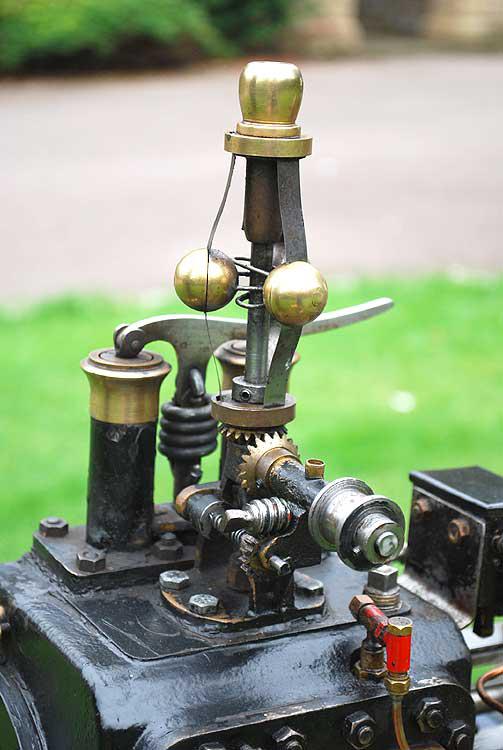 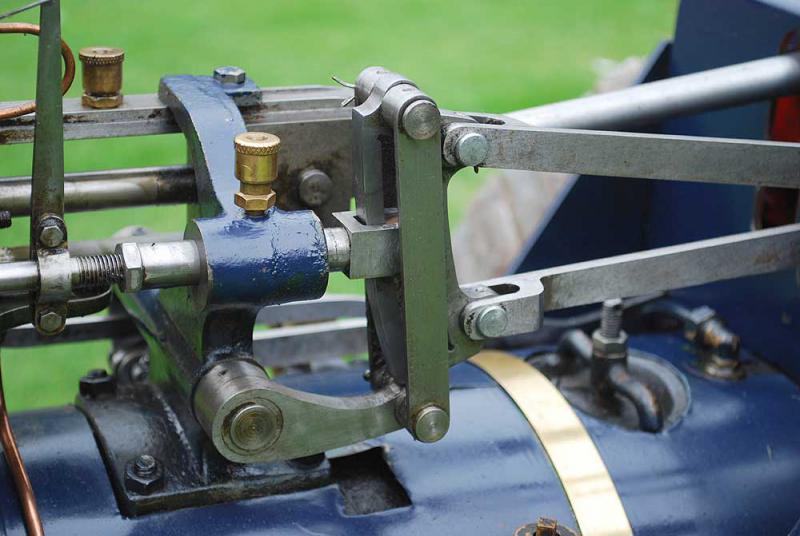 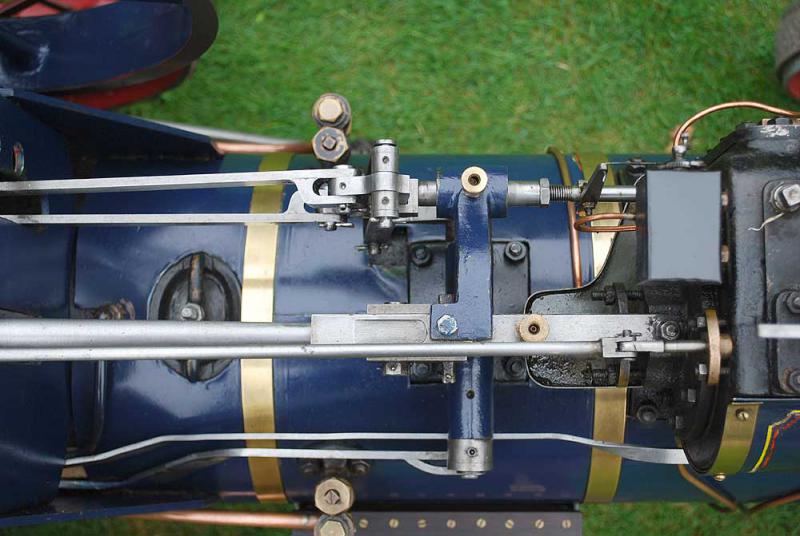 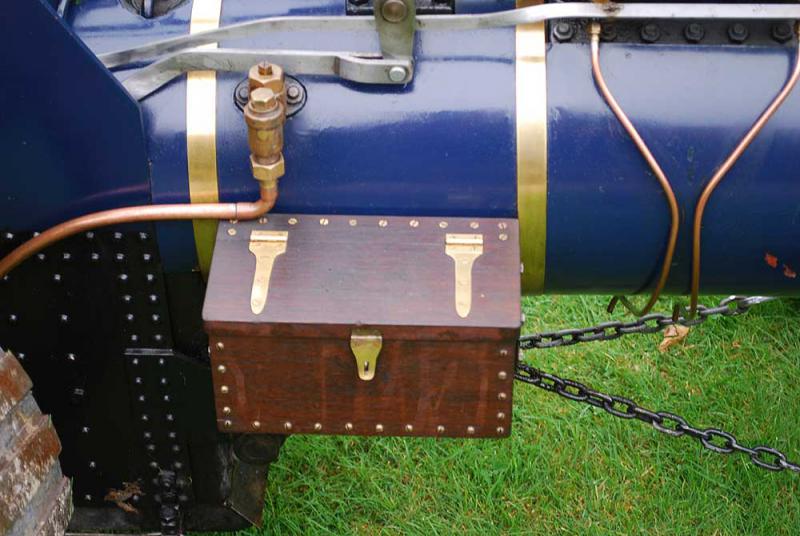 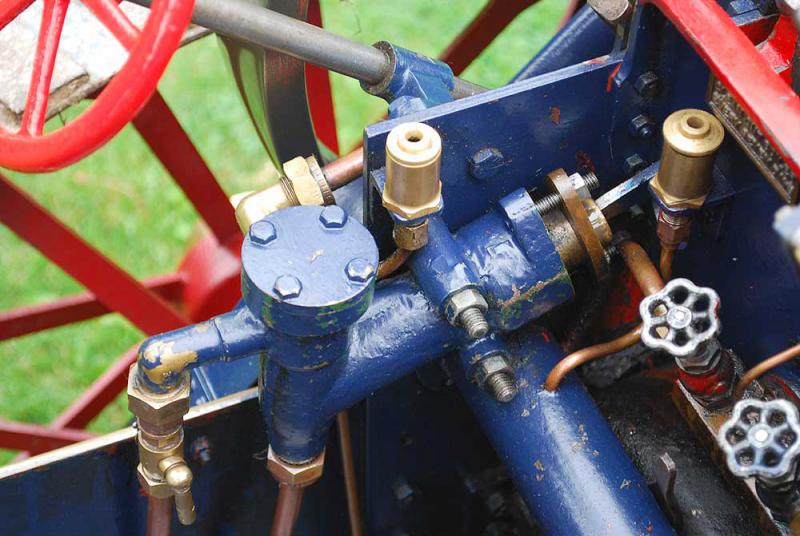 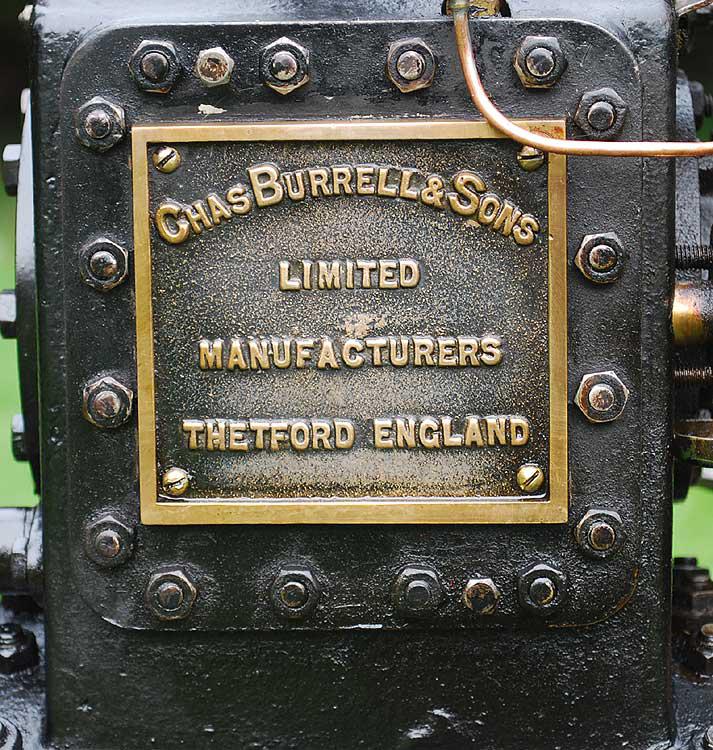 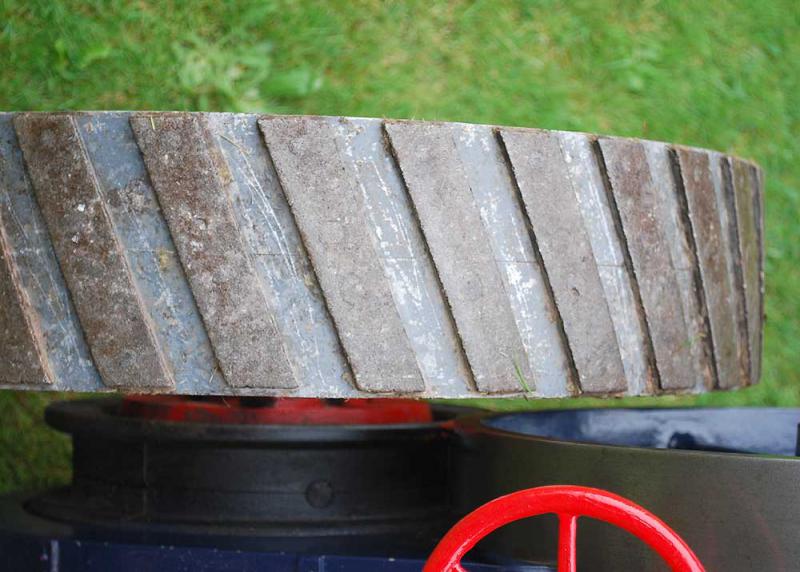 A 4 1/2 inch scale Burrell traction engine, built to the Plastow design. One of the nicest traction engines I've driven this year, it goes very well.

Steel boiler with expanded tubes, working pressure 110psi, feed by injector and mechanical pump. The boiler was retubed in 2006 and is in fine condition. Single cylinder with slide valve actuated by Stephenson's gear with pole reverser. Mechanical lubricator. Two road speeds with differential and winch drum behind nearside wheel, fairleads on tender. Water lifter with hose mounted on offside.

I had this one in steam much of yesterday afternoon. It runs particularly well, everything works exactly as per the book, right down to the water lifter which empties a bucket of water in a minute. In a spirit of high adventure, I decided to see if the footpath that borders our house and runs up past the church before making a tight right hand corner and finally a U-turn to David's house was navigable by traction engine (there are prominent "No Cycling" signs either end of Church Walk, but nothing mentioning steam vehicles). I can report that it is, he was most surprised to see an engine parked on his drive.

Early evening I set it to a gentle tickover and left to have my supper with some friends who had come round. An hour later, sat in the gloaming, it was still turning over steadily, whereupon David and I fell to talking beside it, speculating on which turn of the crank would be its last. In the end we had almost another hour to wait, at just under 10 pounds on the clock and 20rpm, the engine made one last revolution and eased to a stop. "Mark of a well made engine" in David's book (himself an ex 4 1/2 Burrell owner). There's a video of the engine running here, the last part of which required use infra-red "night vision" mode (a thing I was sure would never be needed when I bought the camera).

I really like this engine. Paint has fallen off or rubbed through in places but too good to require a major repaint (indeed, it looks pretty authentic for an agricultural engine as it stands), but mechanically it goes as well as any Burrell I've driven. It comes complete with a driver's seat and passenger trolley containing a set of firing irons, blower and battery and various bottles of oil and polish. There is a whistle, currently removed and replaced with a plug in the block used by the previous owner to run the engine on air - it could be refitted in minutes.