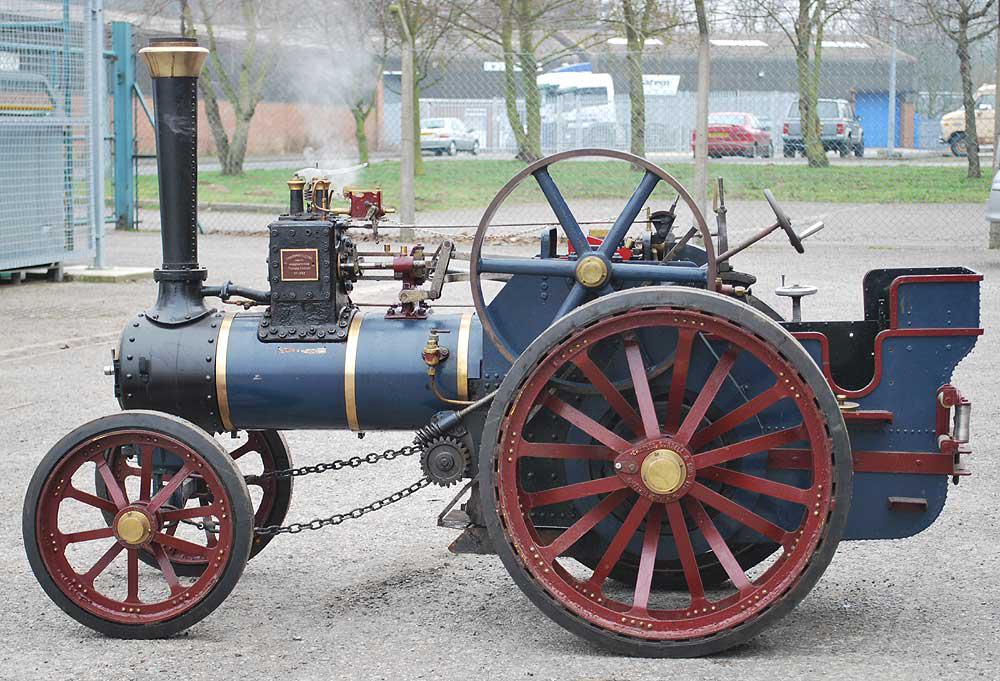 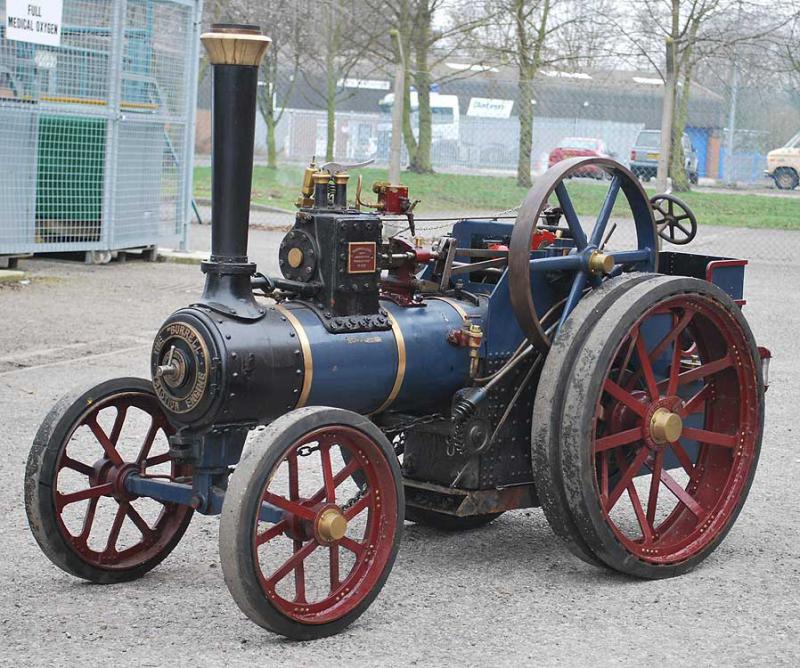 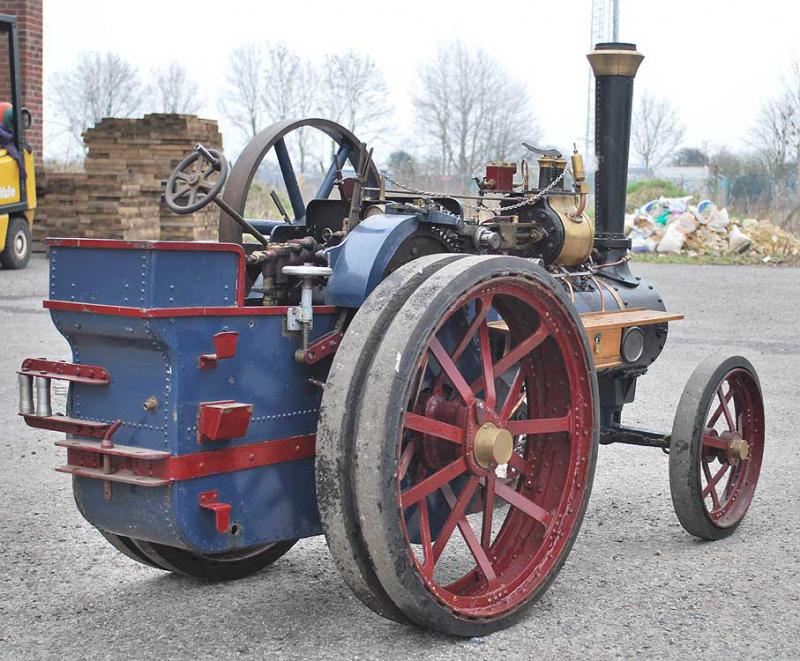 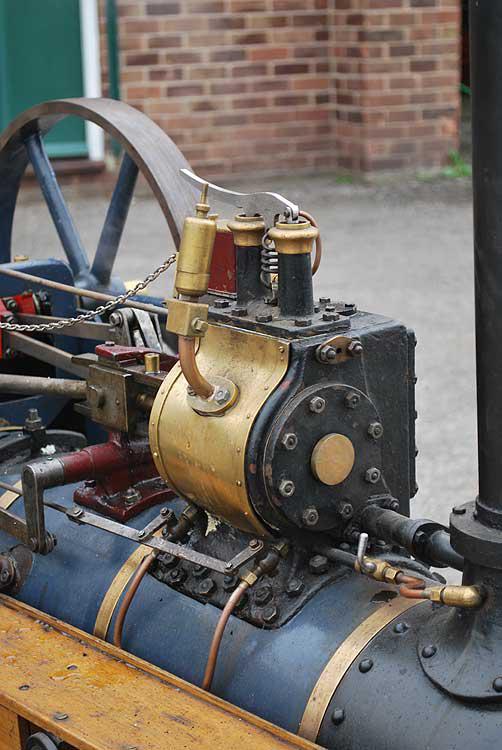 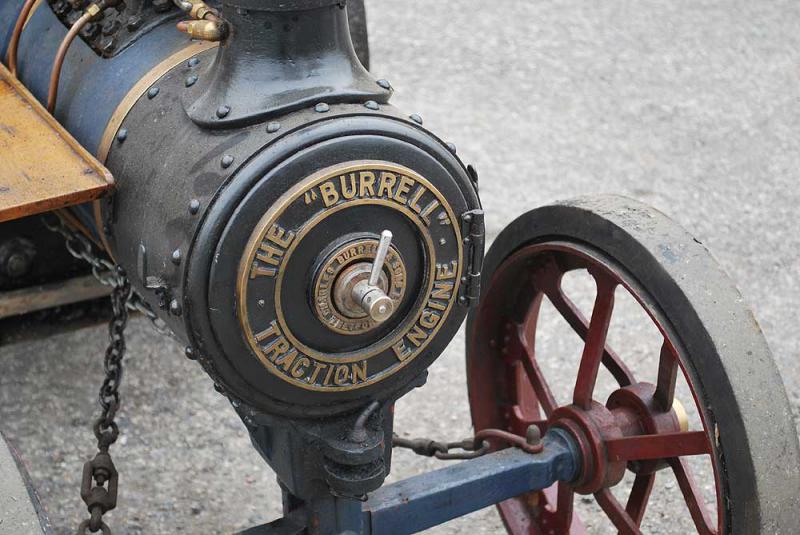 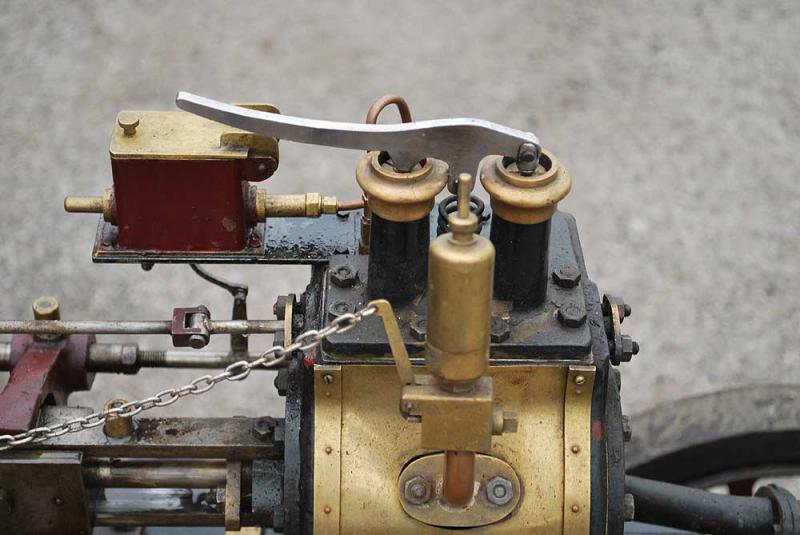 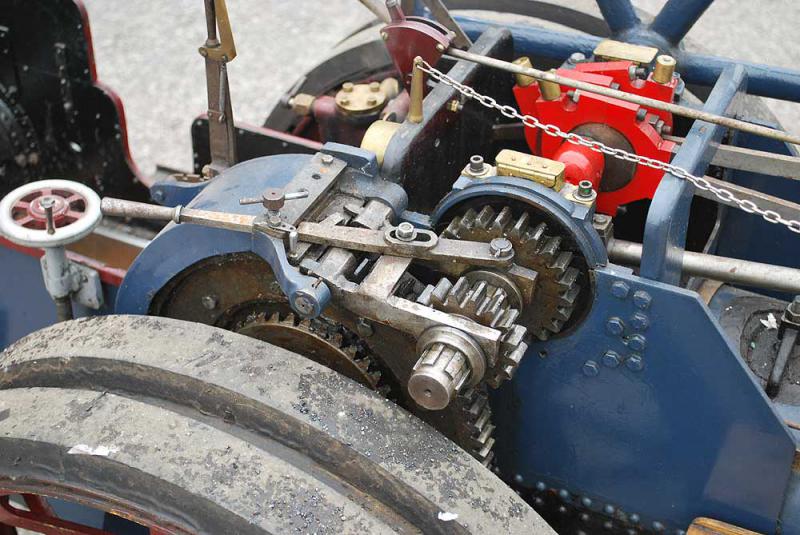 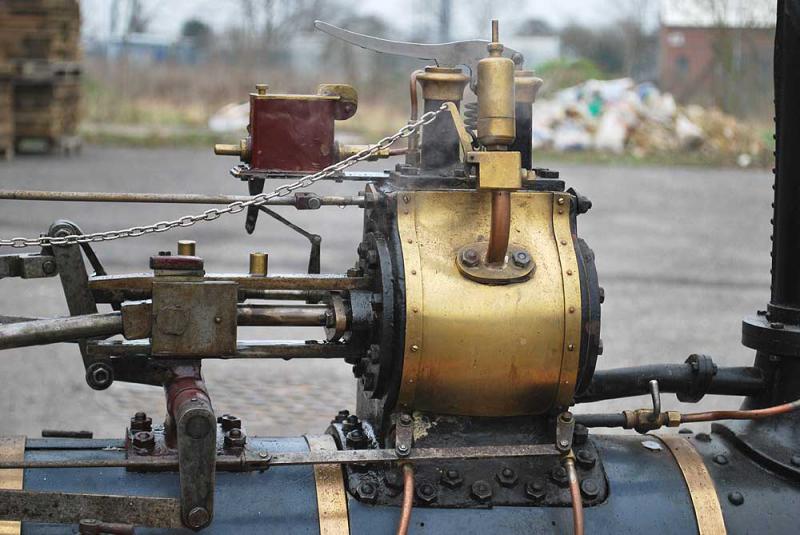 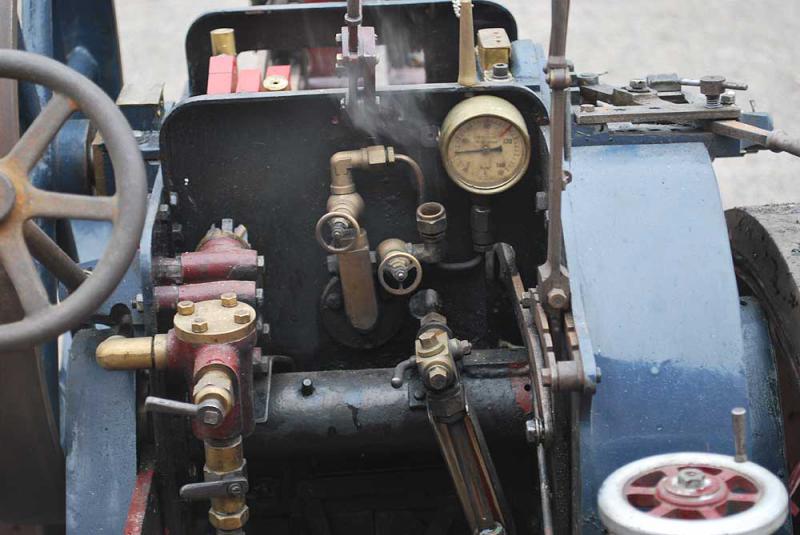 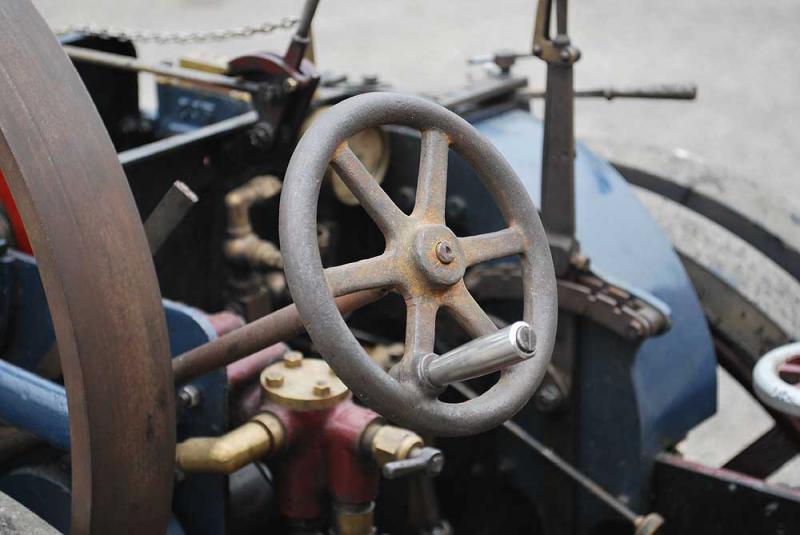 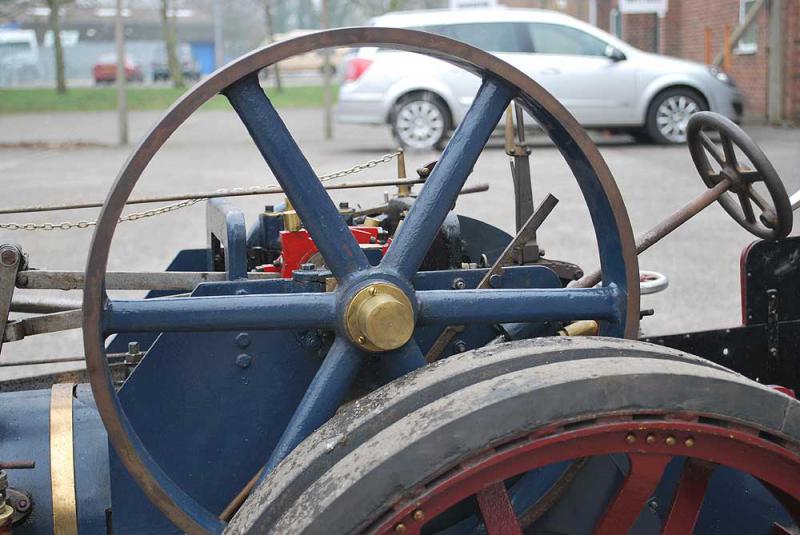 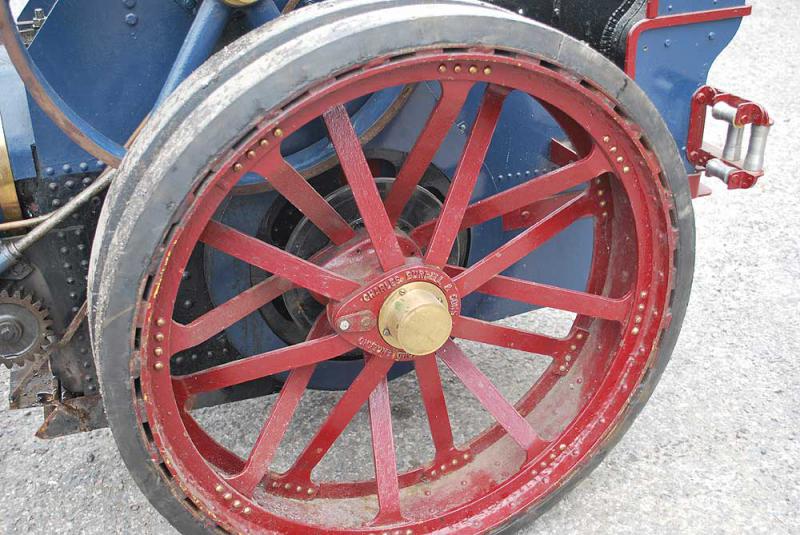 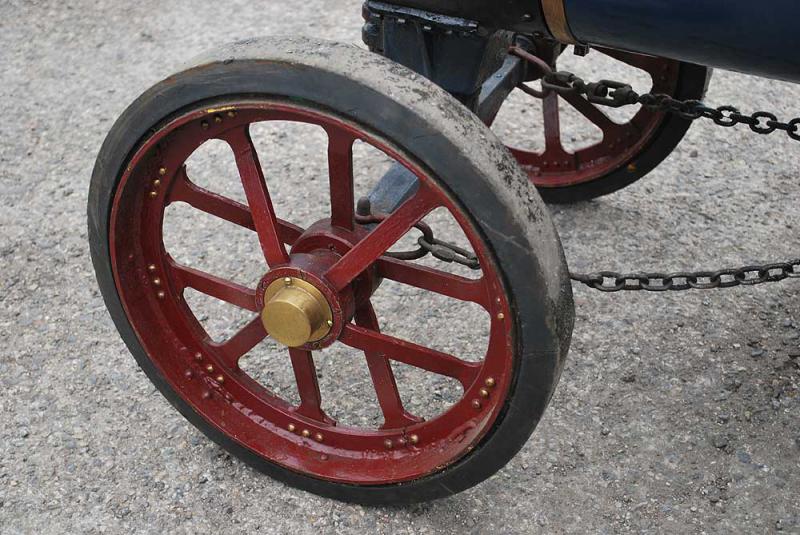 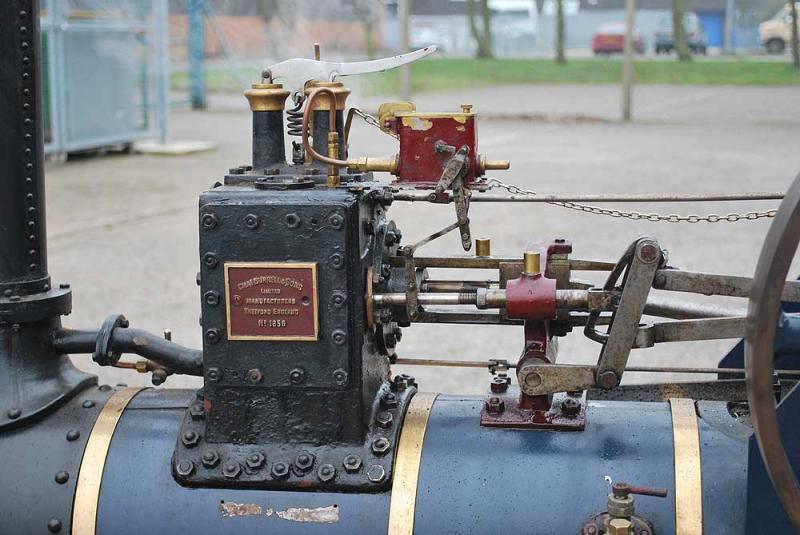 I've sold this engine twice before, first in 2004, then again in 2006. It looked horrible in 2004 and hasn't improved any since - every time it sells, great plans are hatched for an overhaul - "You won't recognize it next time you see it" is something I've heard on more than one occasion. Actually I do, it just looks a bit grottier each time!

Which is a shame really, because underneath the grim exterior is an engine that runs well with a boiler in fine condition. It came in for hydraulic and steam tests last year, it had a new steam test last week, next one is due May 2010 - the only thing noted in the boiler report is a leaky regulator. It drives well and pulls strongly, the rubber tyres are in good nick, it's road-registered with a V5 document and there's a large passenger trolley on pneumatic tyres with it.

The last owner couldn't get to grips with an injector so removed it and fitted a hand pump - he's left the steam valve in place, it really wants a new injector fitting, there being no place for a handpump on a 4 inch scale traction engine.

Geoff and I spent an hour mulling the project over last week and, given a week spare in the workshop (I can live in hope), would be tempted to pull the thing apart, repaint it, clean the motionwork up thoroughly, sort out the piece of pipework holding the whistle at such a daft angle and fit an injector, if only for the satisfaction of making the thing look like somebody cares for it again.