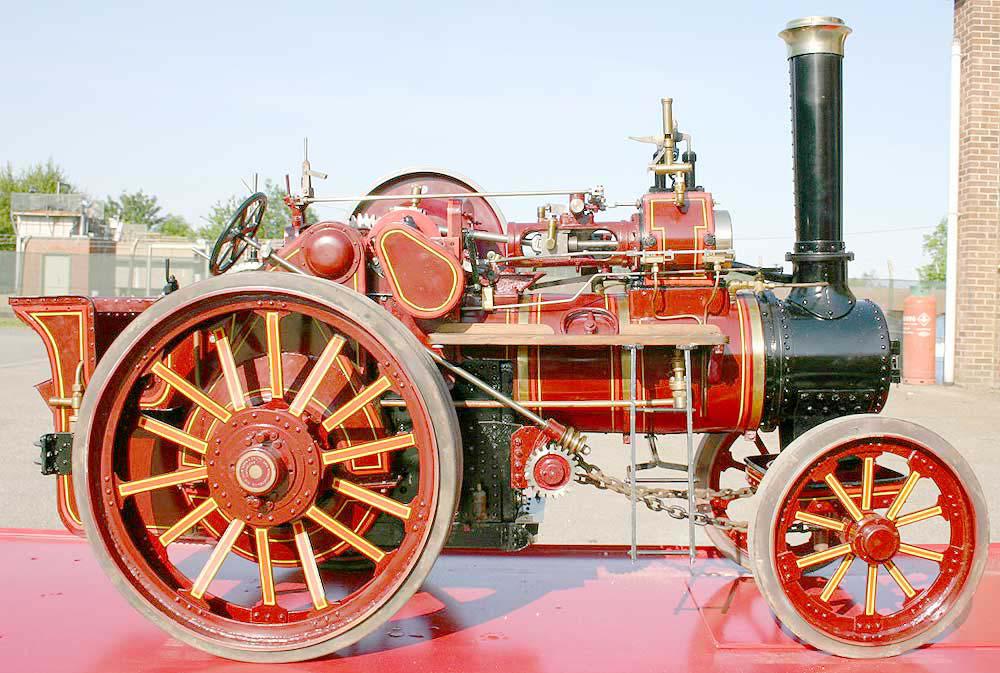 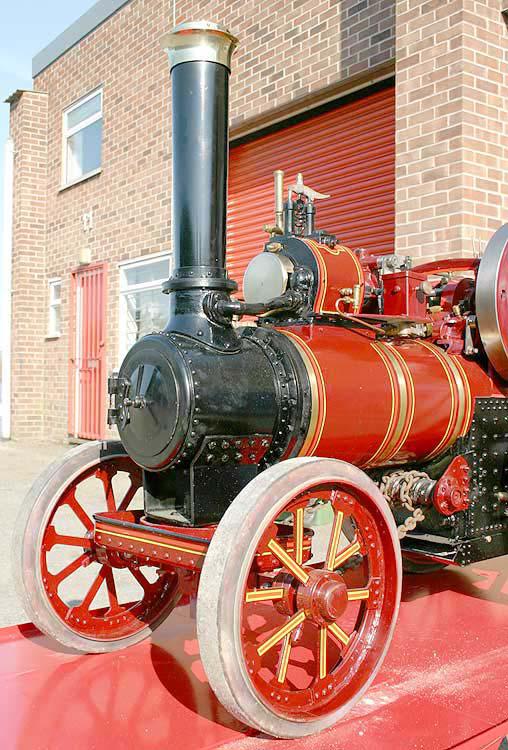 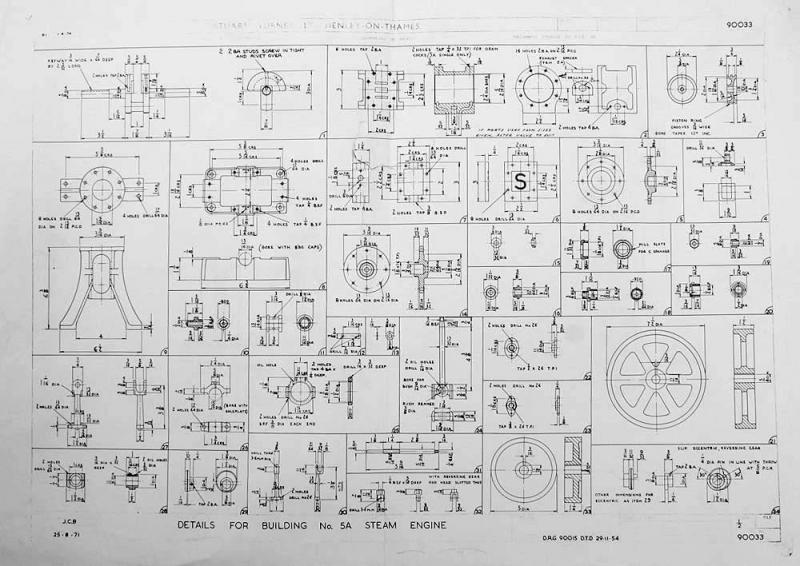 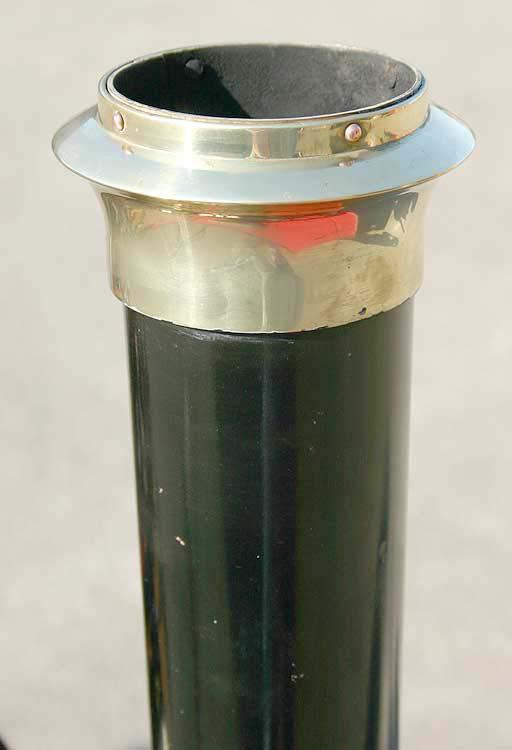 With Plastow's 6nhp Burrell design wiping out virtually all competition in the three inch scale traction engine market (deservedly - it's a fine design which goes well) it's fairly rare to get anything different in. I've had one or two Fowlers and a couple of the Brunel Engineering 7nhp Marshall agricultural engines, but it's the first time I've come across one of these rather handsome little Marshall S-types.

Built to Live Steam Models design, the engine is a fraction bigger and heavier than the Burrell. The builder bought a steel boiler from Franklin & Bell, expanded tubes and fusible plug - this is complete with all paperwork and original 250psi hydraulic test certificate. He completed the engine and sold it shortly thereafter - it was allegedly steamed only once in his ownership. The new owner spent several years, on and off, painting and lining it but never used it.

It still requires work - the canopy is in bare wood, the injector and pump plumbing is somewhat idiosyncratic. It runs on air - better in reverse than forward - but requires further work on the valve gear setting, the boiler as expected appears to be in new condition.

Live Steam Models have a specification page on the engine. Not sure where they got a weight of 5cwt from, I'd put it closer to 3.