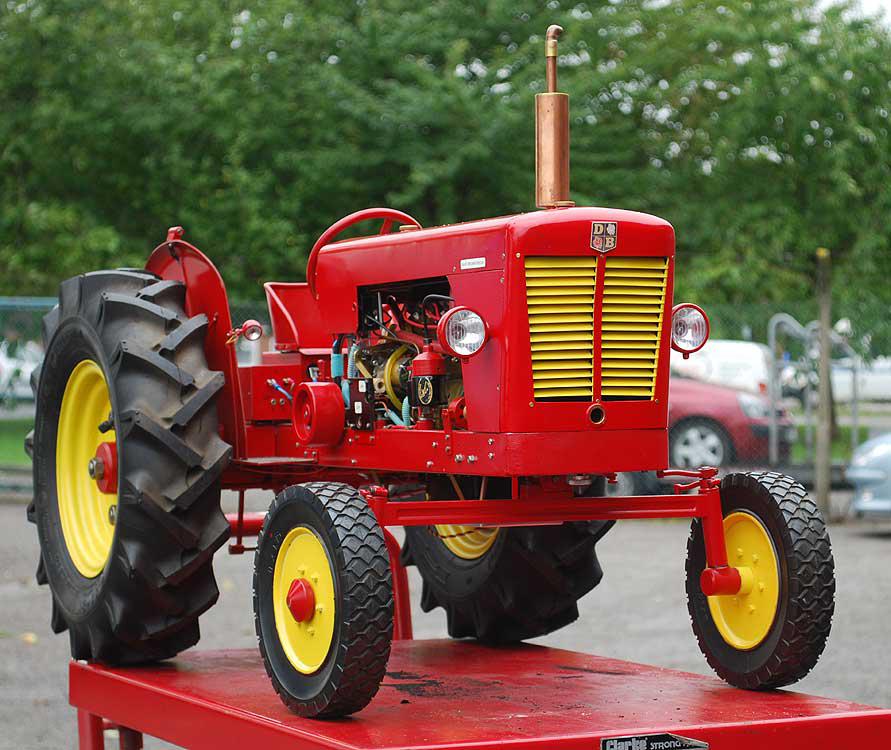 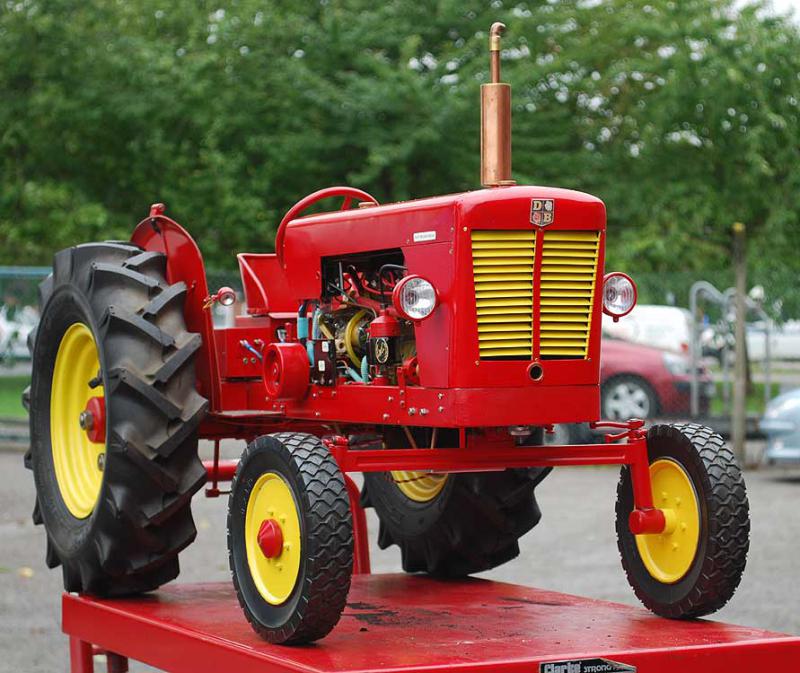 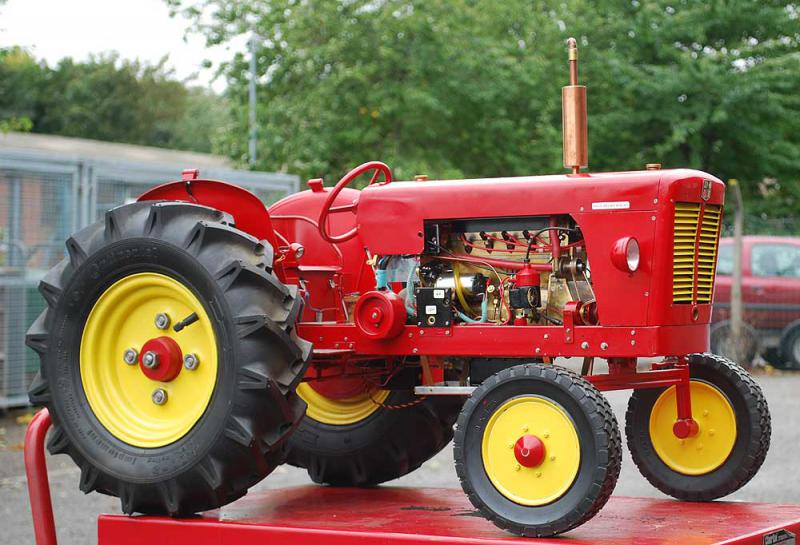 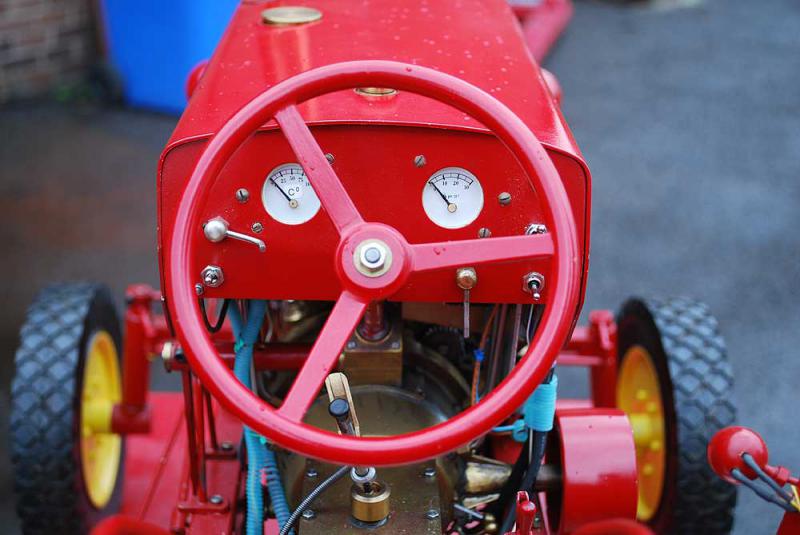 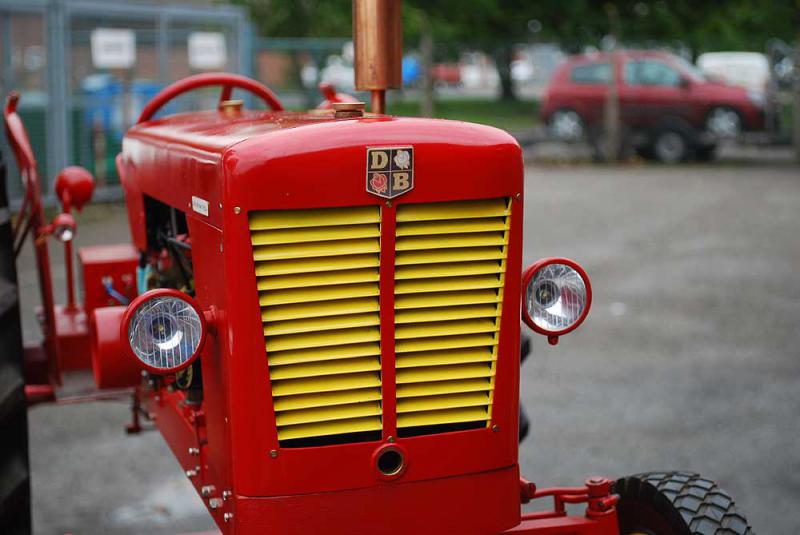 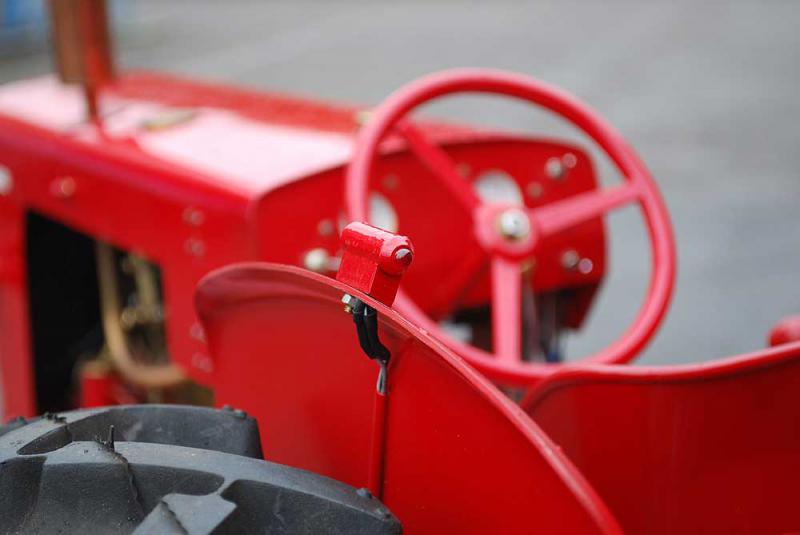 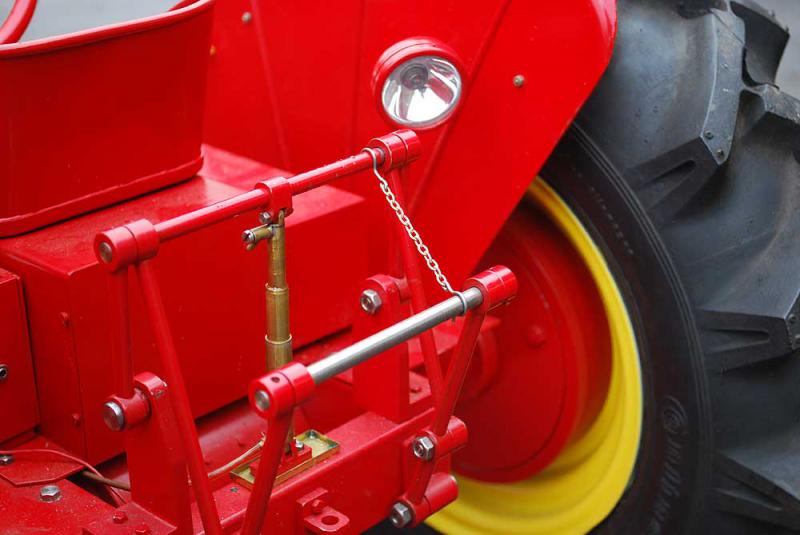 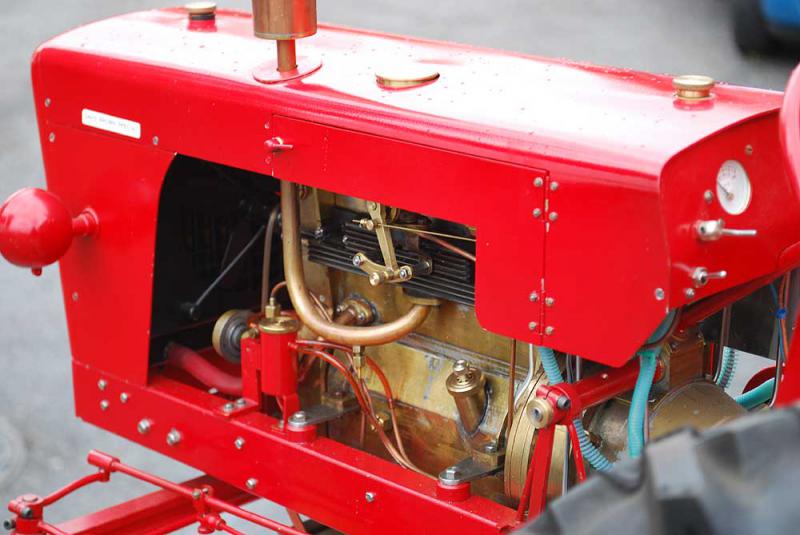 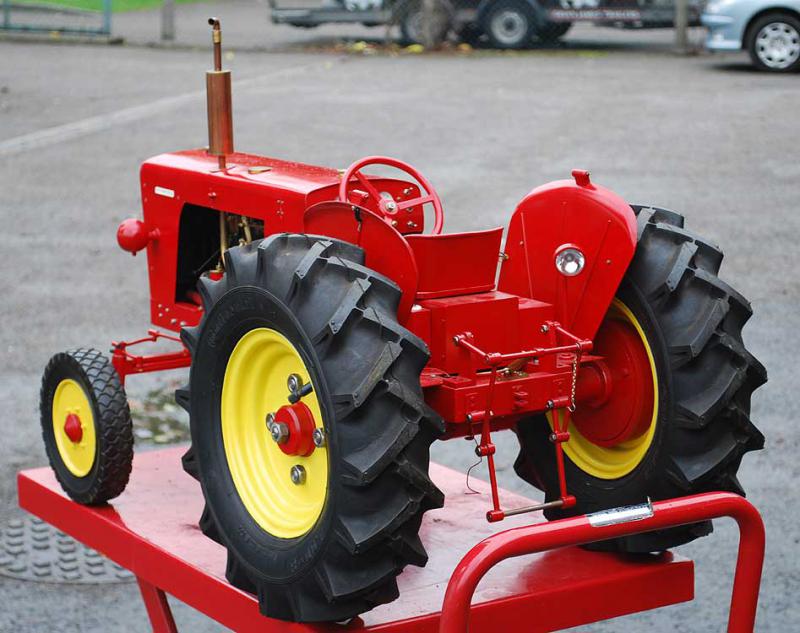 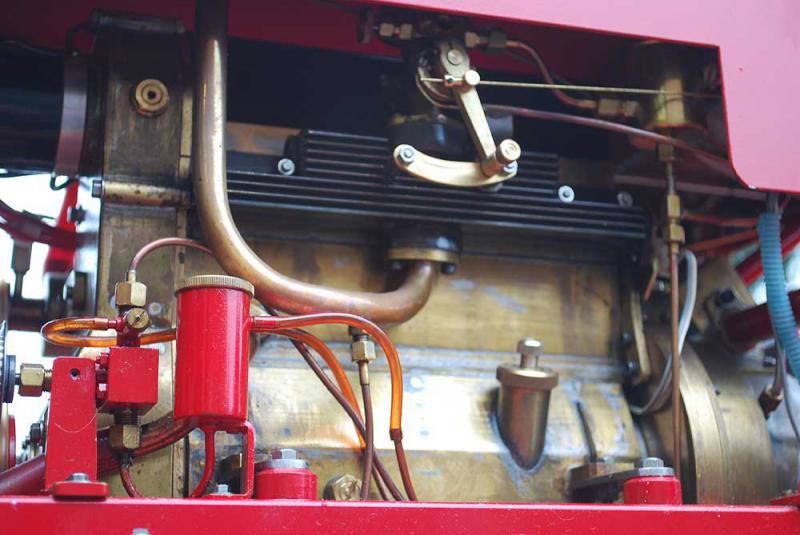 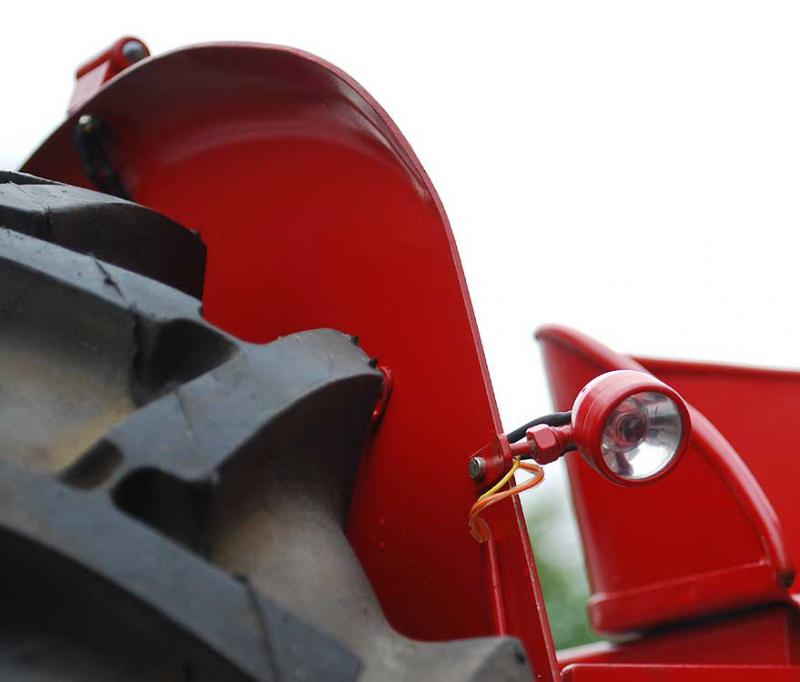 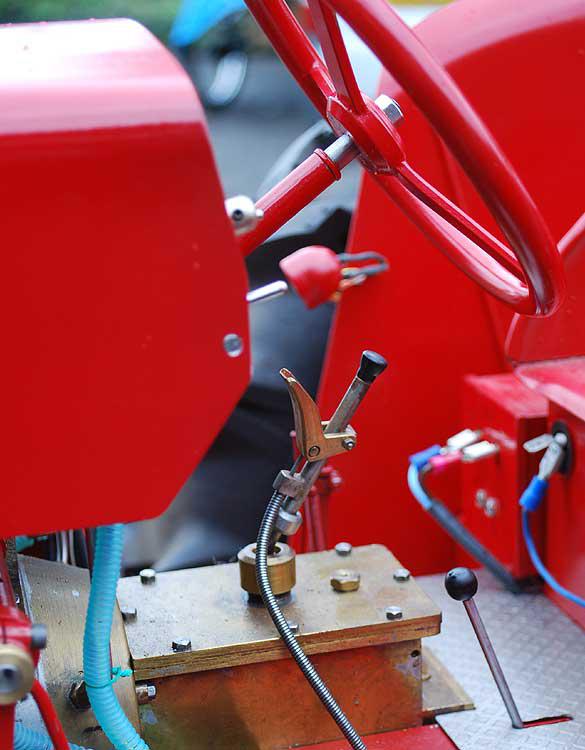 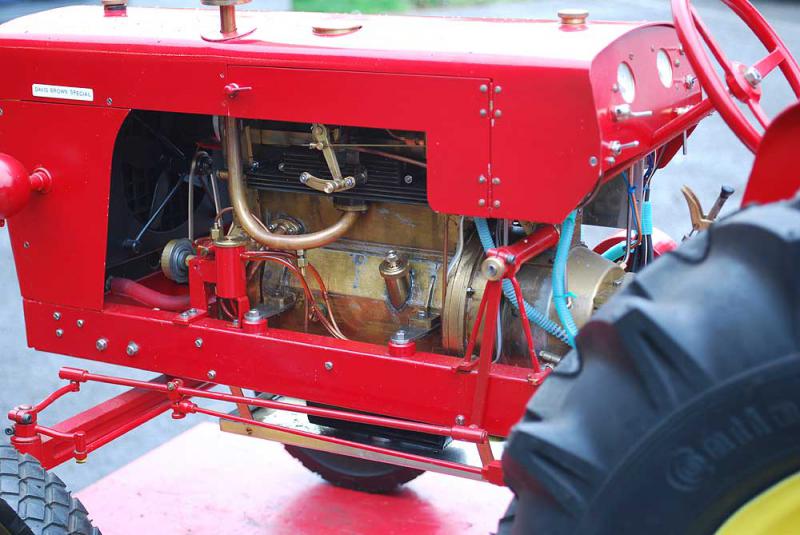 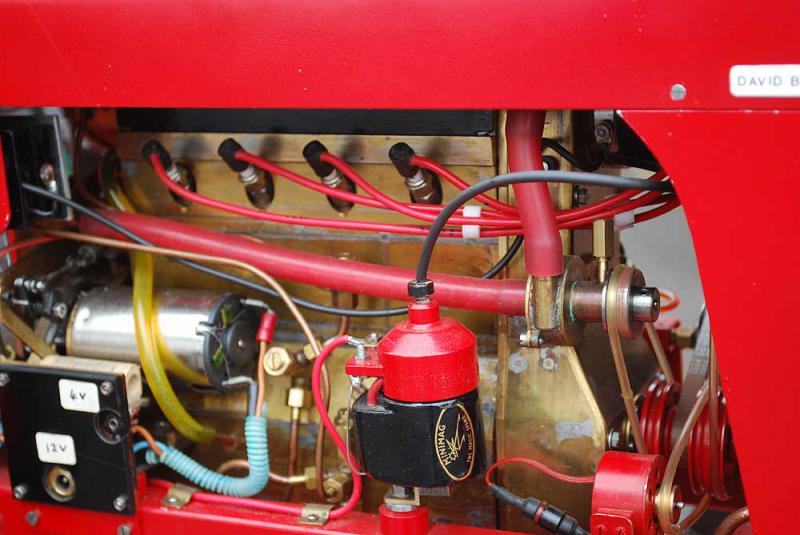 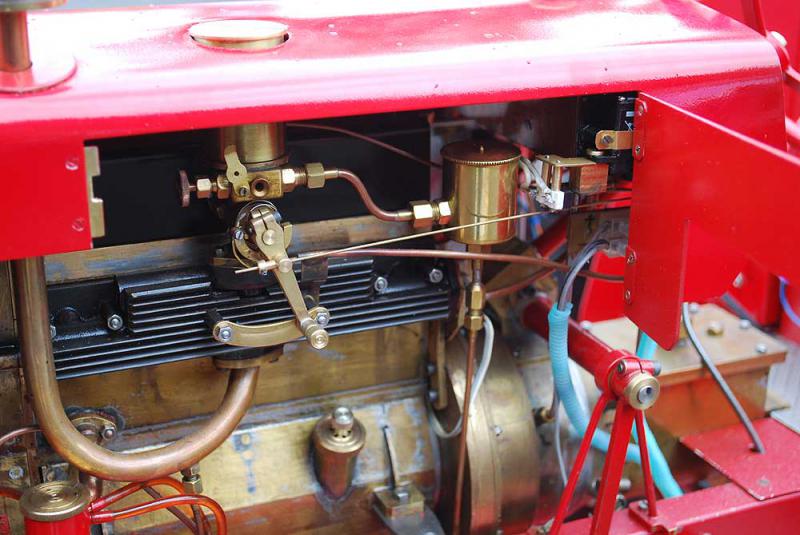 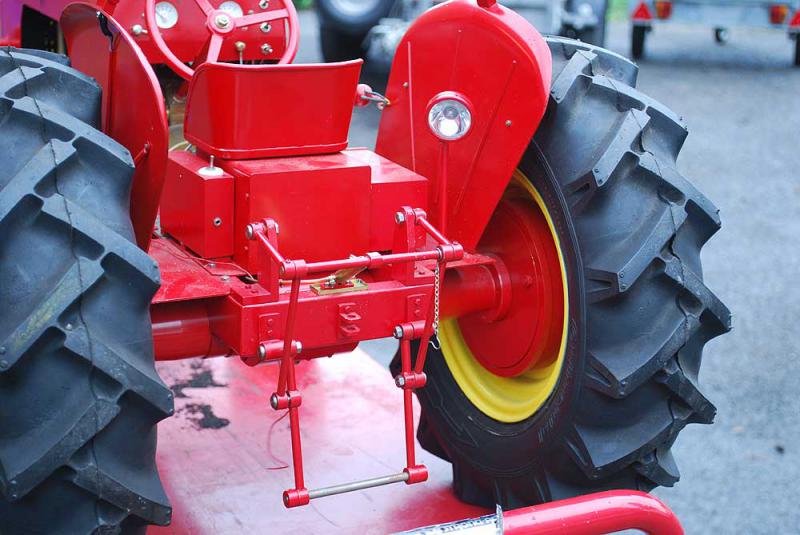 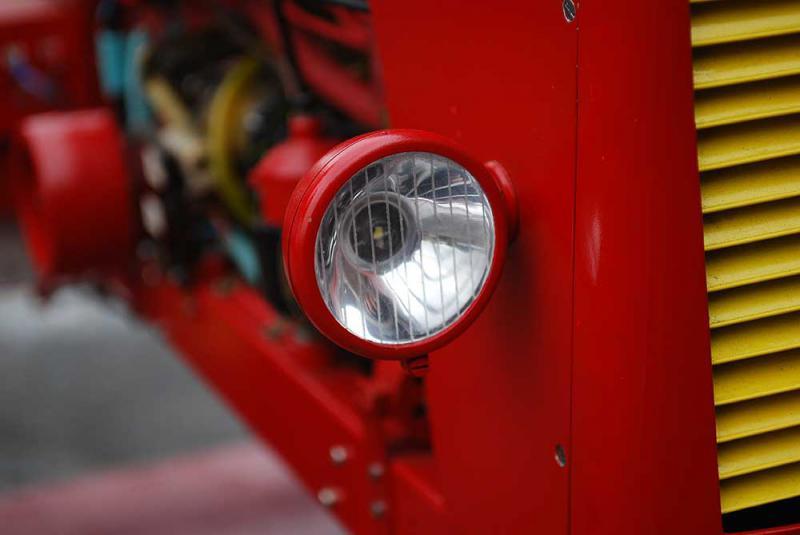 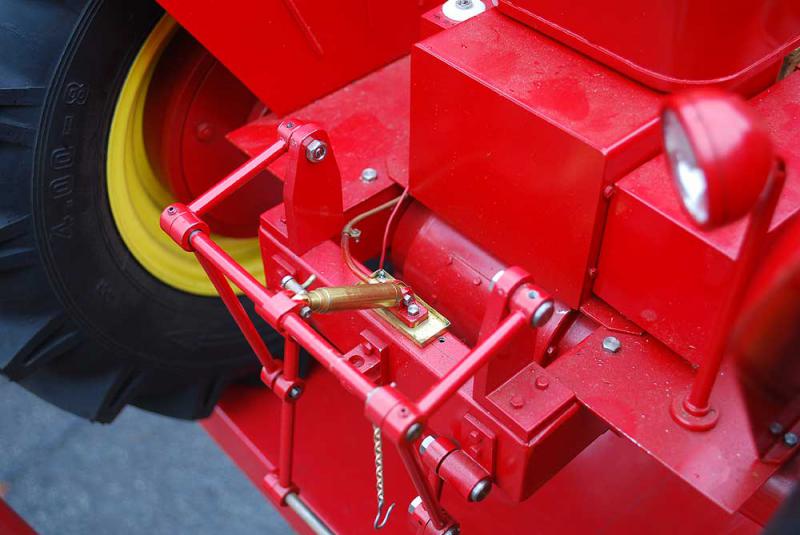 This is one of those models that comes along which you simply look at and admire the builder's vision and ability.

The man responsible for this 3 inch scale David Brown tractor was a life long model engineer - the first mention I can find of him being a cover picture on the "Model Engineer" for 1st September 1948, showing his model of a Bedford "Mechanical Horse", featuring a 40cc four cylinder side valve engine capable of pulling its driver along at 12mph.

In a modelling careeer lasting seventy years, he produced a large range of models, from a fifteen foot high hot air balloon to a lightweight aero engine made from the magnesium case of an unexploded fire bomb recovered in the war. By the 1970s he was working on a complicated 90 day going long case clock which occupied him for ten years, then back to internal combustion engines which appear to have been a recurring theme in his models.

This, then, is a model of a David Brown 990 tractor, featuring a four cylinder water-cooled engine of the builder's own design with three-bearing crankshaft, overhead camshaft and electronic ignition. Lubrication is by pump to all moving parts rather than splash. Distributor features manual advance and retard, rod-operated from the dashboard. The entire engine is fabricated bar the pistons, which were made from castings, each fitted with two compression and an oil scraper ring. Sparks plugs are of the builder's own construction.

Clutch is a single-plate unit operated from a trigger atop the gear lever, gearbox is three speed and reverse coupled to a secondary 4:1 reduction gearbox which drives the rear wheels via a differential.

The power takeoff pulley is coupled to the gearbox, disengaged by a foot pedal just behind it. There is a working oil pump for the hydraulic system, coupled to the rear-mounted lifting gear with operating lever just in front of the seat.

Lights are powered from a working alternator, belt driven from the crankshaft pulley. Engine is fitted with an electric starter, with solenoid engagement.

Not satisfied with having produced something of this complexity, the builder then extended his ingenuity to fit three channel radio control in tandem with the controls already fitted, allowing either manual or radio control of the throttle, clutch and steering.

The builder documents the project as having taken just under two years to complete, including a two month development phase for the engine itself.