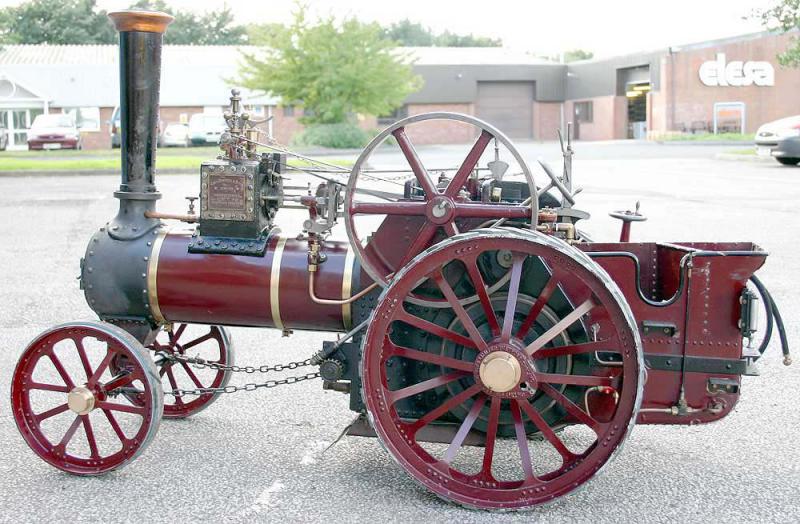 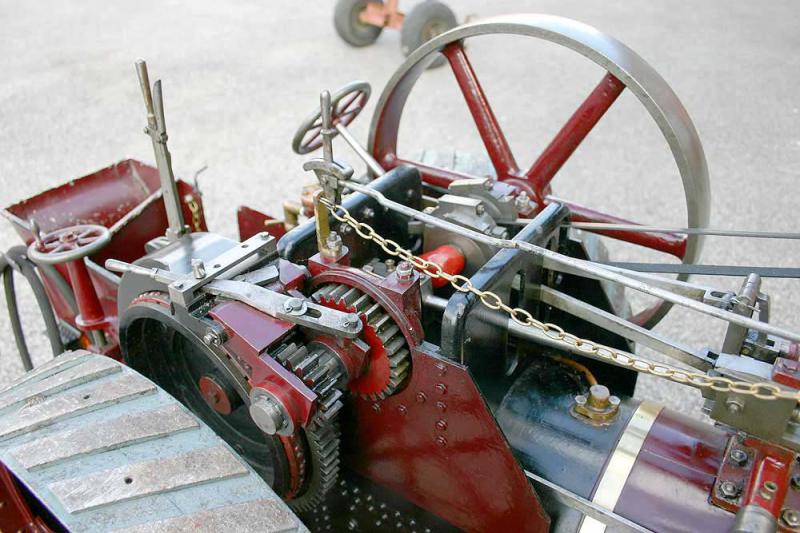 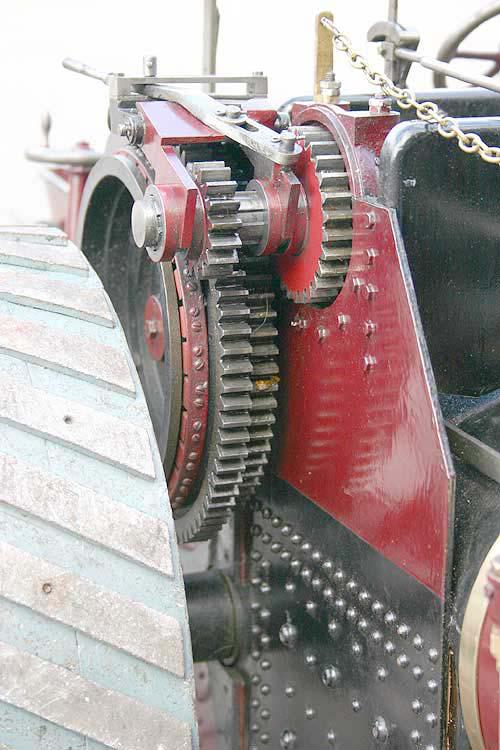 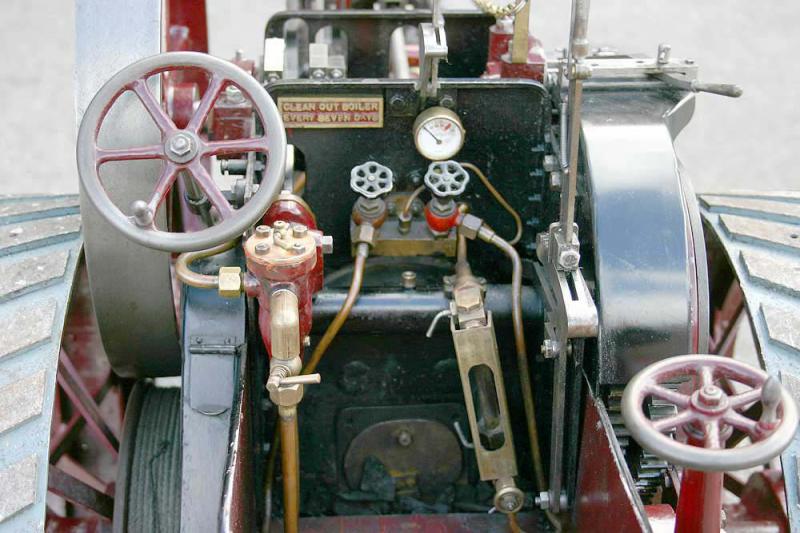 I first bought this engine three years ago, one of a pair built by the same chap who had spent his working life as a machinist. This engine was built in the 1970s, the other he'd bulit in retirement and never steamed - it had lived in the front room as a display piece (the original listing for both engines are in the archive - the old one here, the new one here).

Years had finally caught up with the boiler on this engine, the tubes had started to leak at the tubeplate - they may have been repairable but it was likely to have been a temporary stay of execution. The engine went to a local man who immediately ordered a new boiler from Bell Boilers, it was completed and fitted in time for my open day last year where it ran around the garden with the bigger engines all day. By the end of the day it was still running beautifully, but its owner had fallen for a 4 1/2 inch scale version of the same thing, so it stayed and the big one went!

There is a little two-wheeled driving trolley and a part-built larger version incorporating a water tank built, it must be said, to a rather utilitarian standard. The engine itself runs well and, with a new boiler should give little trouble for many years to come. It does need some tidying up, mainly small jobs that could be done between rallies.