Sold January 2003 Back to Archive 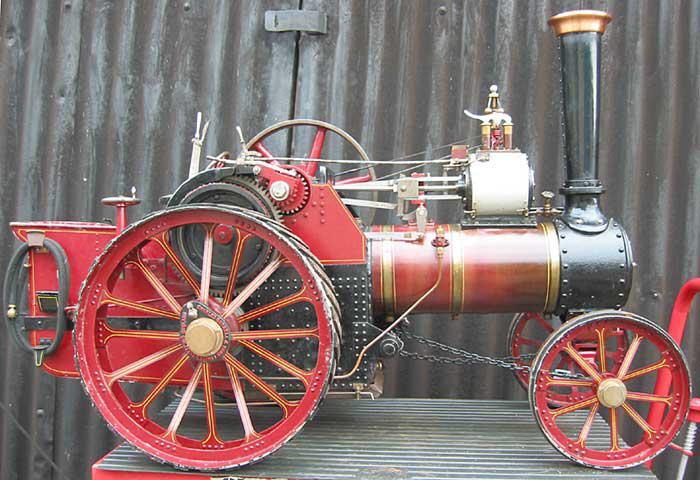 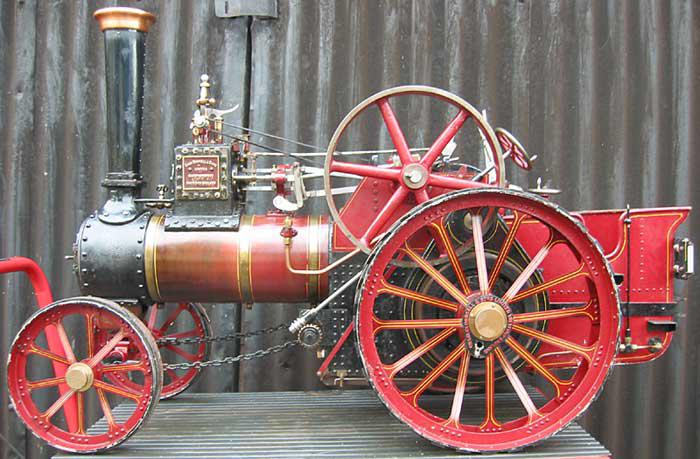 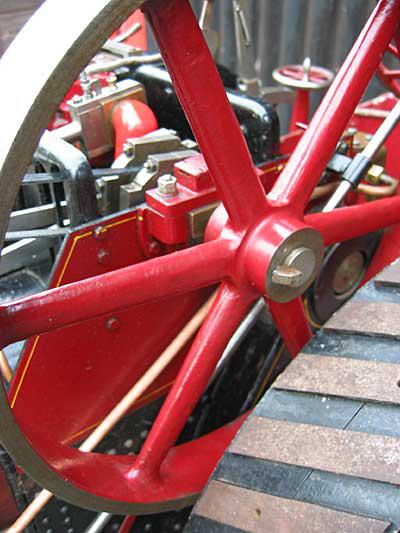 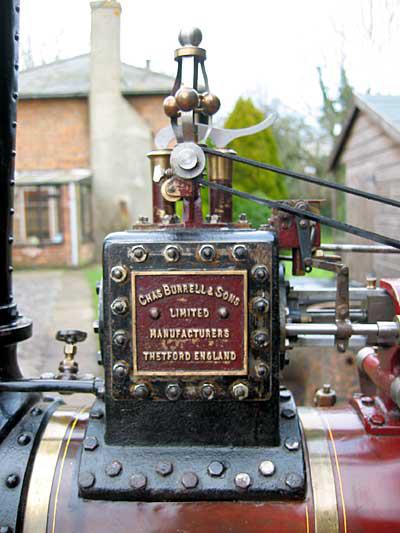 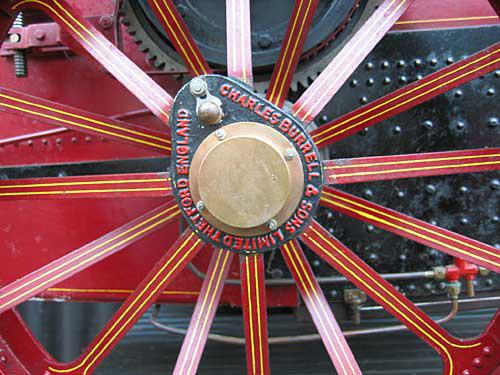 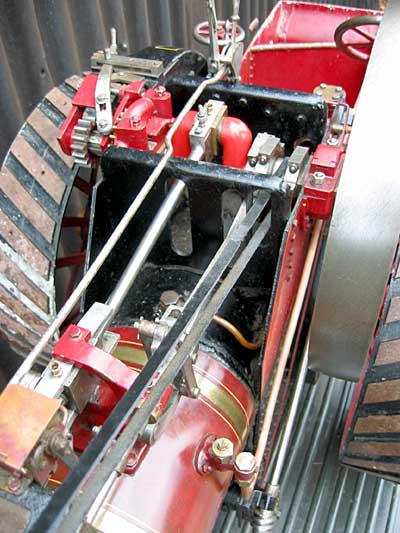 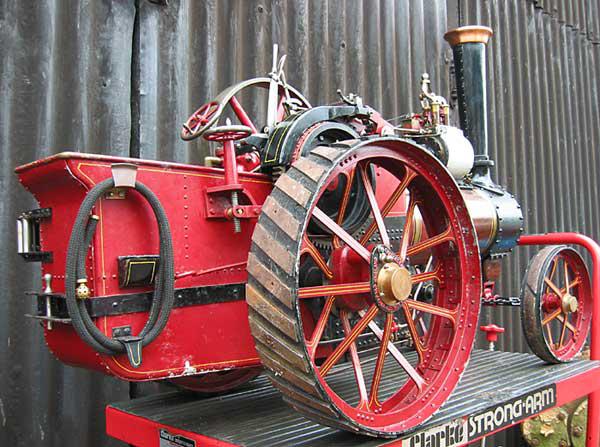 An older example of a 3 inch scale Burrell to H.R.Plastow's popular design.

Two-speed 6nhp agricultural traction engine, single cylinder with slide valve and Stephenson's reversing gear. Cylinder fitted with mechanical lubricator, draincocks and blower valve. Steel boiler with brazed in tubes fed by crankshaft pump and injector, 100 psi working pressure. The engine has a differential and winch with cable and fairleads mounted on the tender. Backhead fittings include pressure gauge, water gauge with blowdown cock and steam valves for injector and water lifter. A water lifter hose with strainer is included, slung on brackets on the tender.

This engine was built in the 1970s by a professional machinist and has not been run in the last ten years. It runs well on air but has several leaks from tubes at the firebox tubeplate. It may be possible to re-braze the joints, although re-tubing would be a better proposition.

These engines are a good size for rallying, being small enough to put in the back of a car (particularly if the chimney is removed first) yet capable of hauling several people.