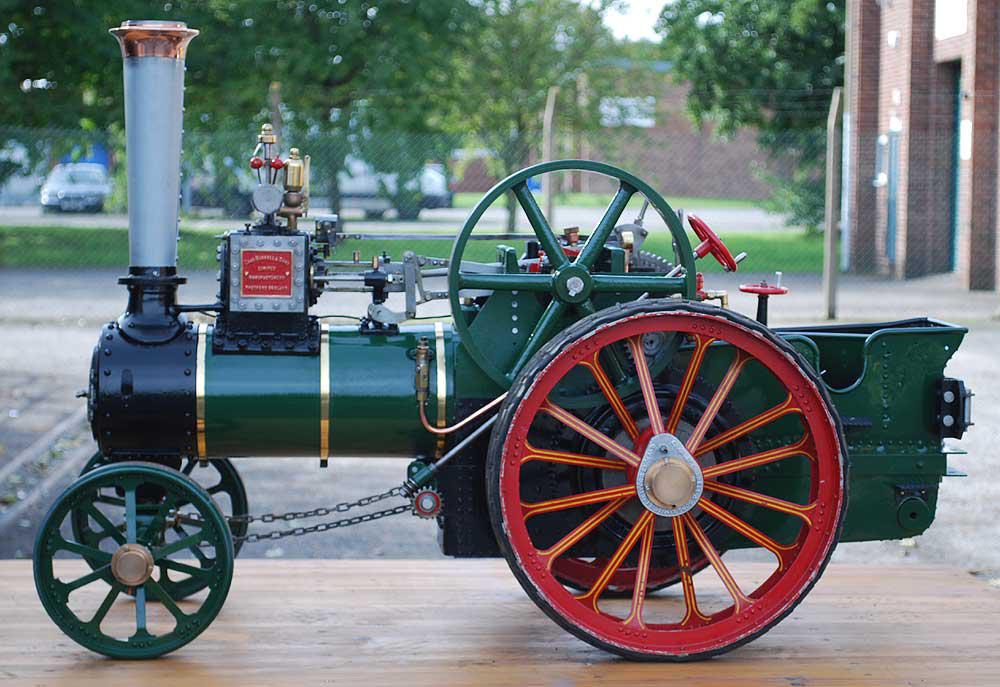 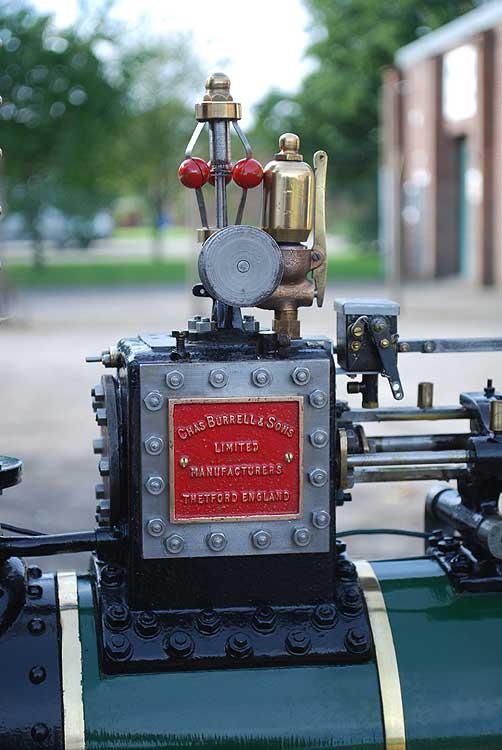 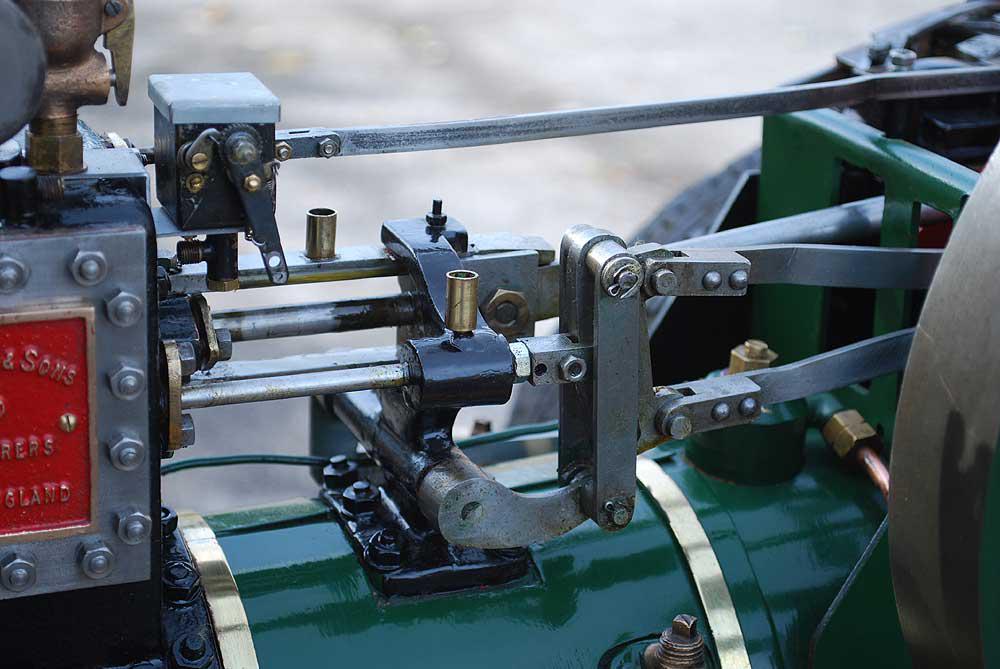 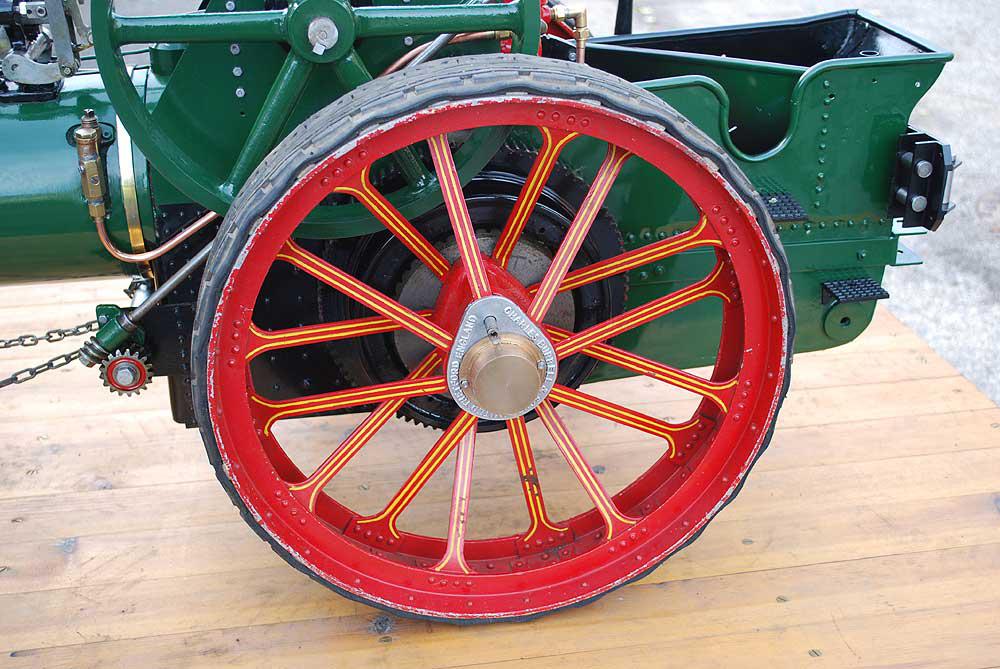 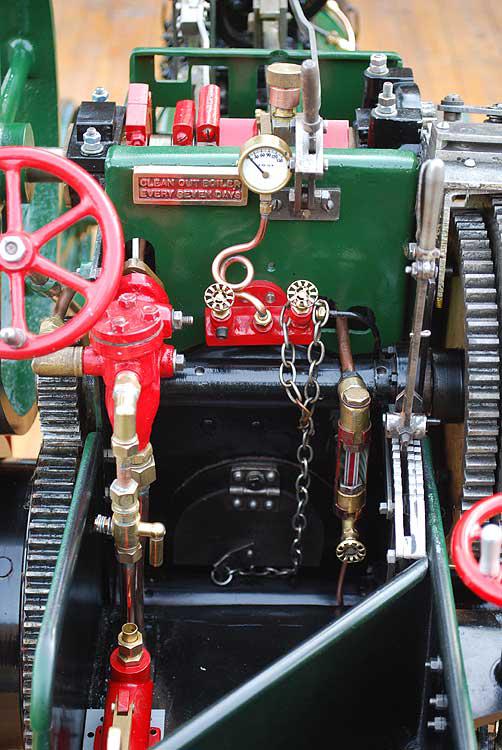 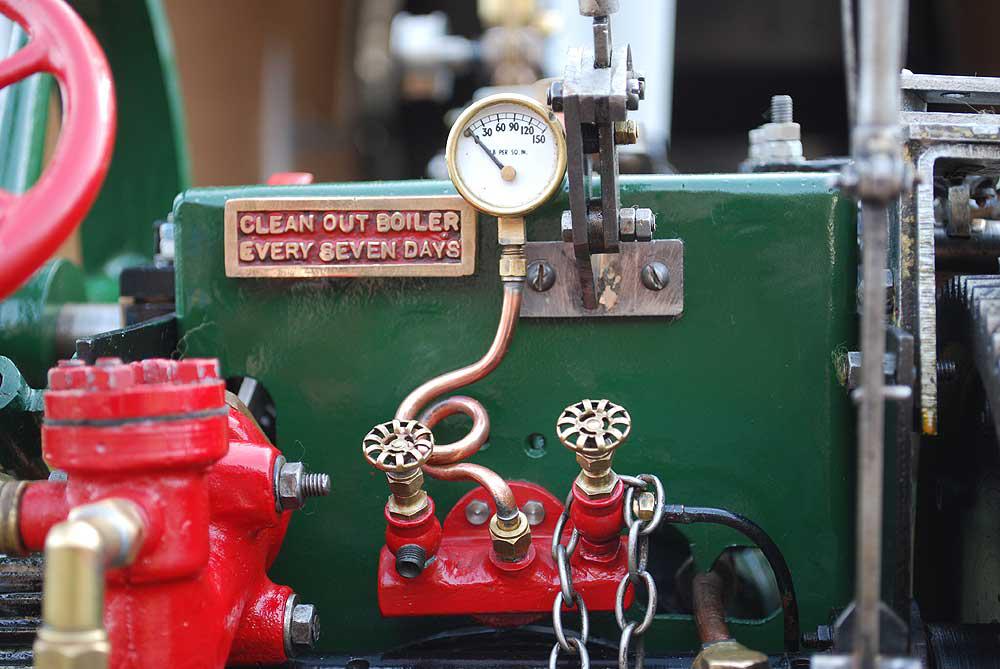 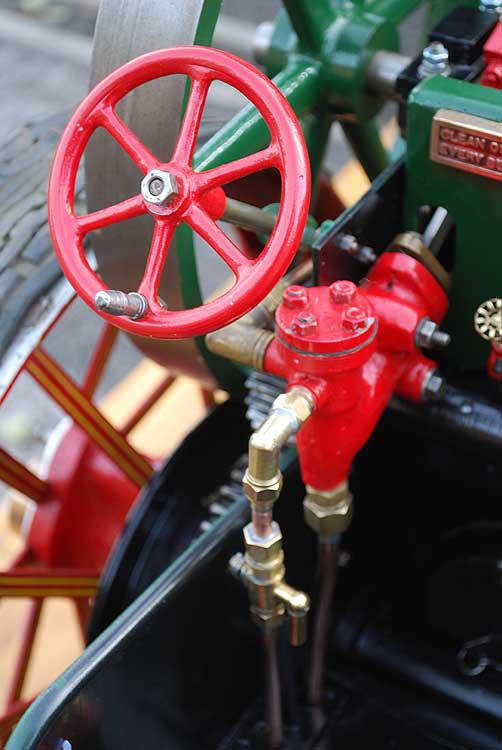 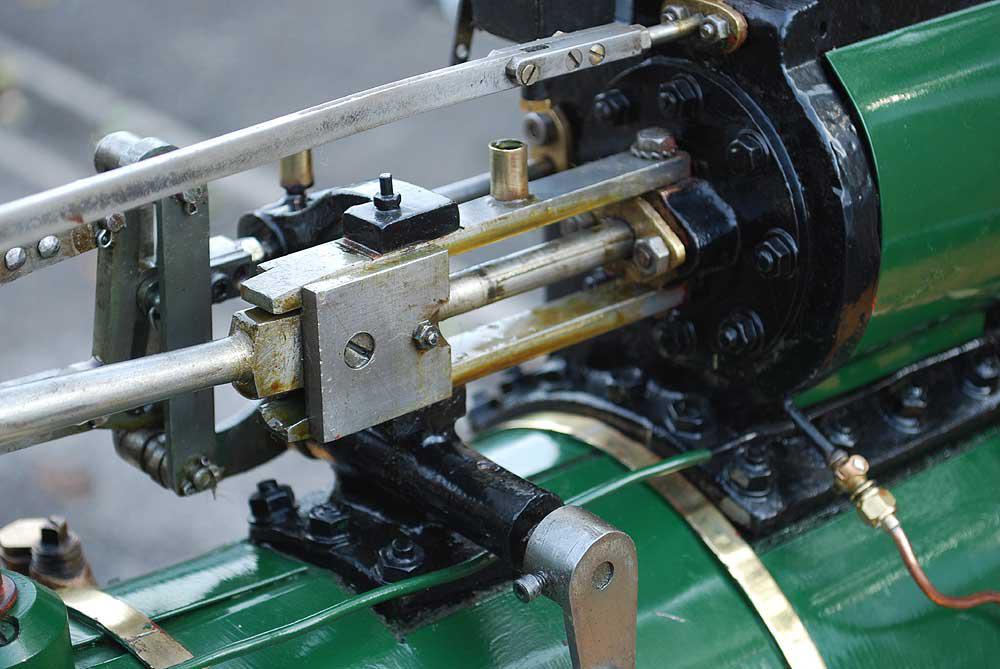 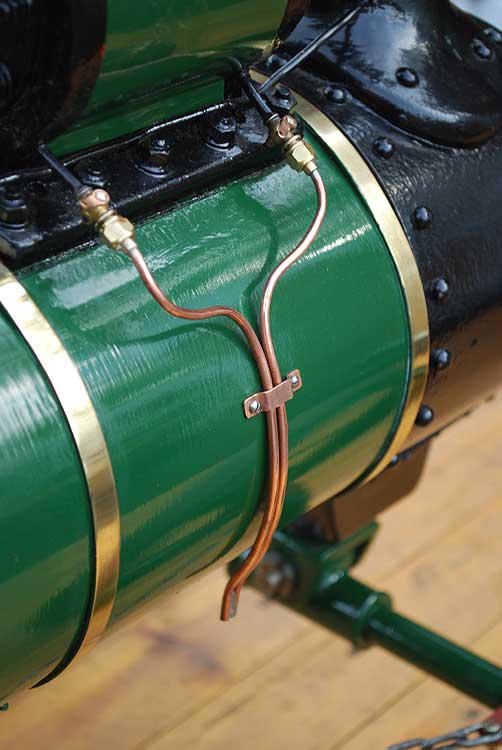 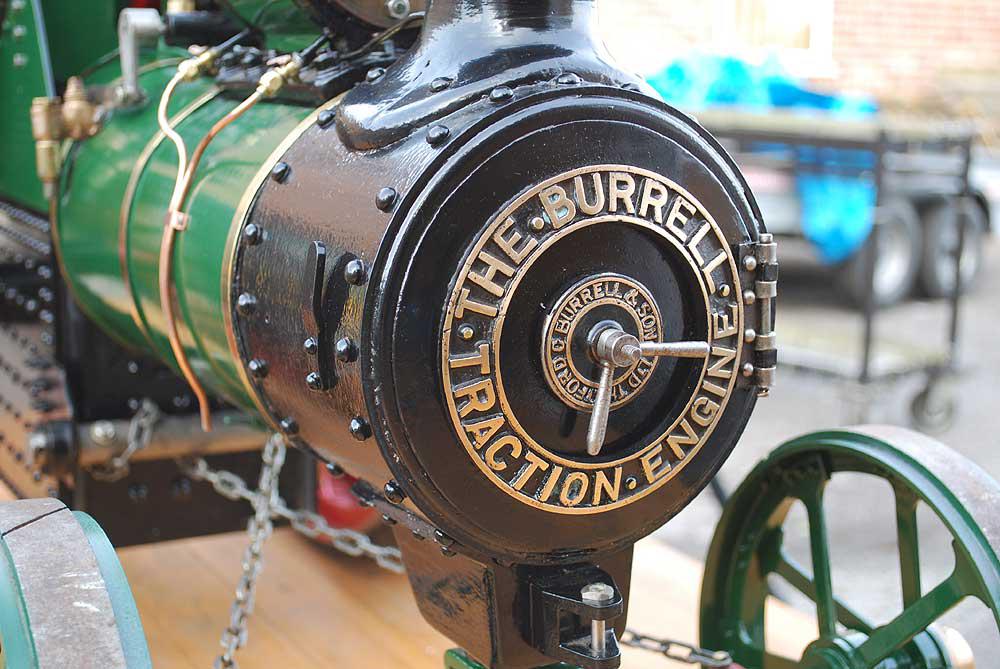 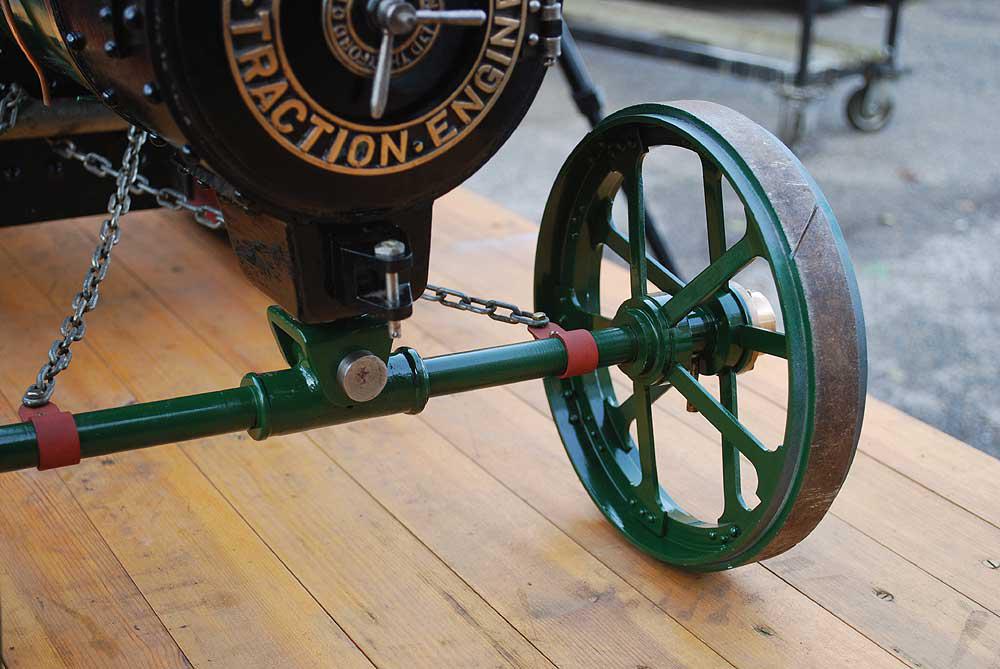 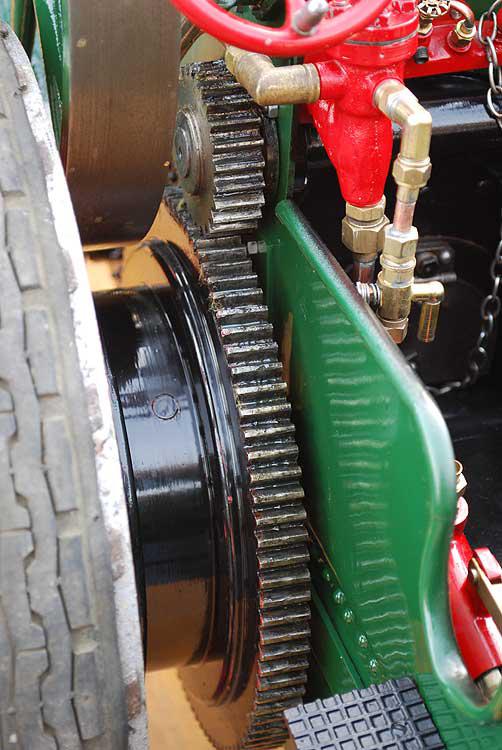 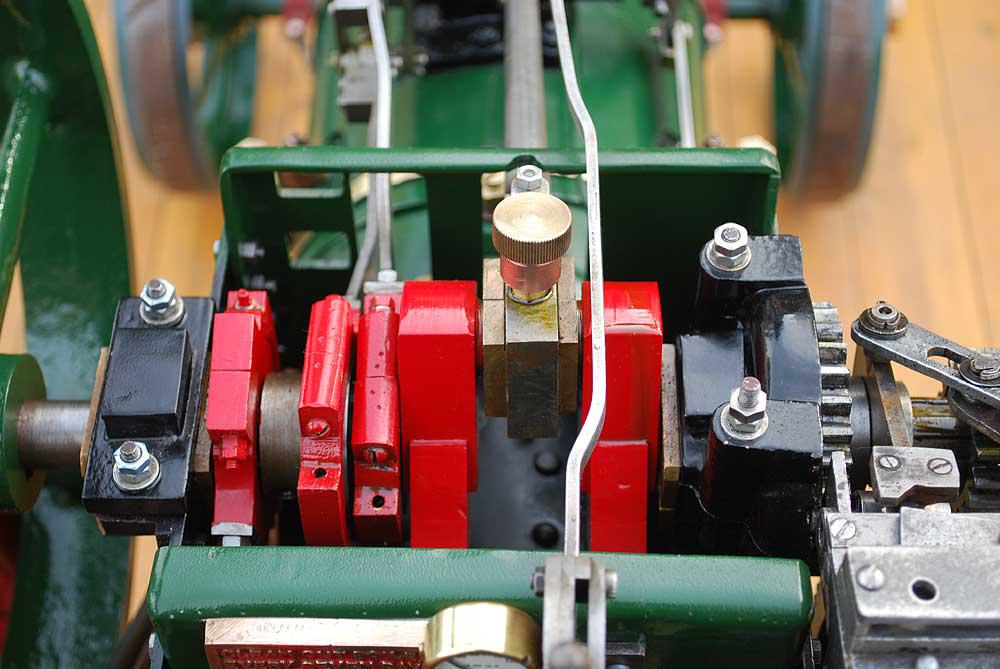 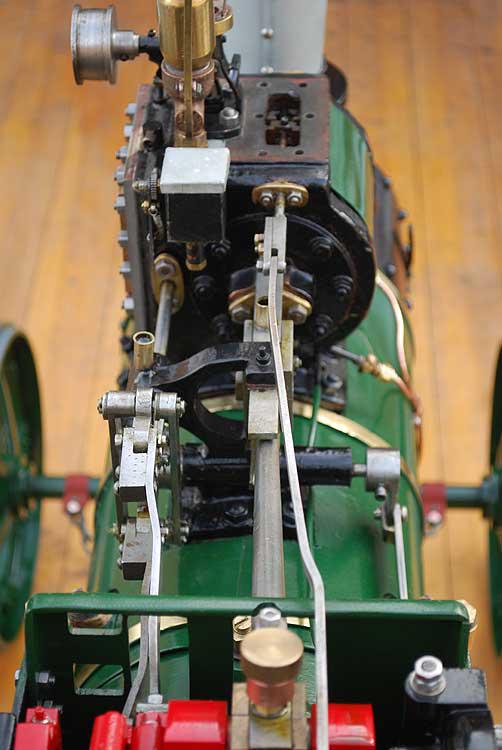 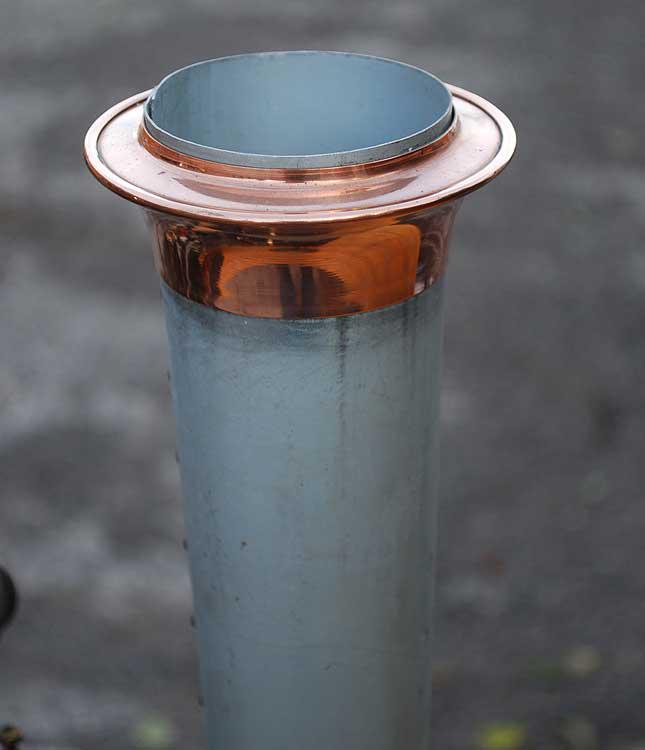 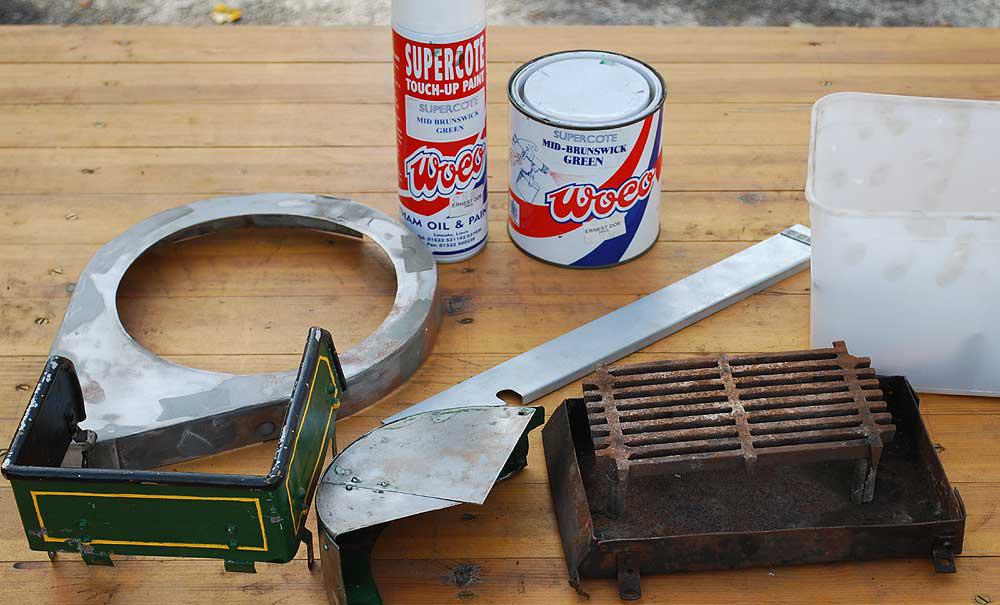 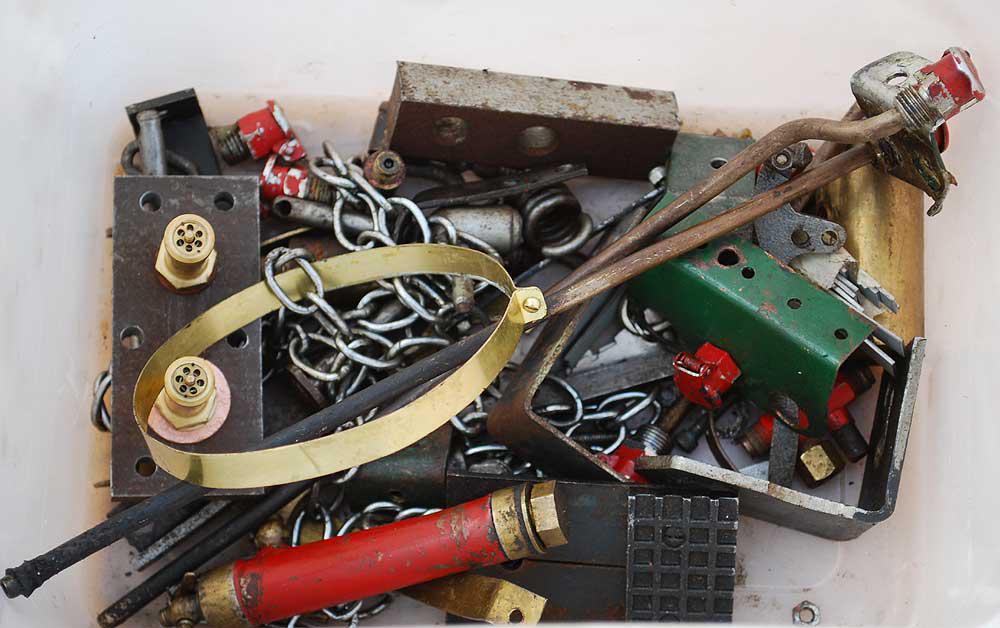 A 3 inch scale Burrell 6nhp agricultural engine to the well-known Plastow design. It's an engine I sold eighteen months ago - it came in as a running engine, in need of cosmetic restoration. Much work has been done in the intervening time, including a new chimney and repaint - however maintenance of his full-sized steam wagon left its owner with no time to finish the job.

The engine is substantially in running order - indeed it was steamed recently. The original safety valves were found to accumulate (something we find regularly with this design), they were replaced with a pair of commercial locomotive valves which, being on the small side, accumulated even worse. Our preferred option with these (indeed pretty much all Ramsbottom valves which are dreadful things on models, I've never had one that has closed reliably) is to conceal a pair of modern design "soft pop" valves in the original safety valve chimneys, with the spring and top bar simply fitted as dummies.

There are pictures of it when last here, along with a clip of it running, in the archive.