Sold July 2006 Back to Archive 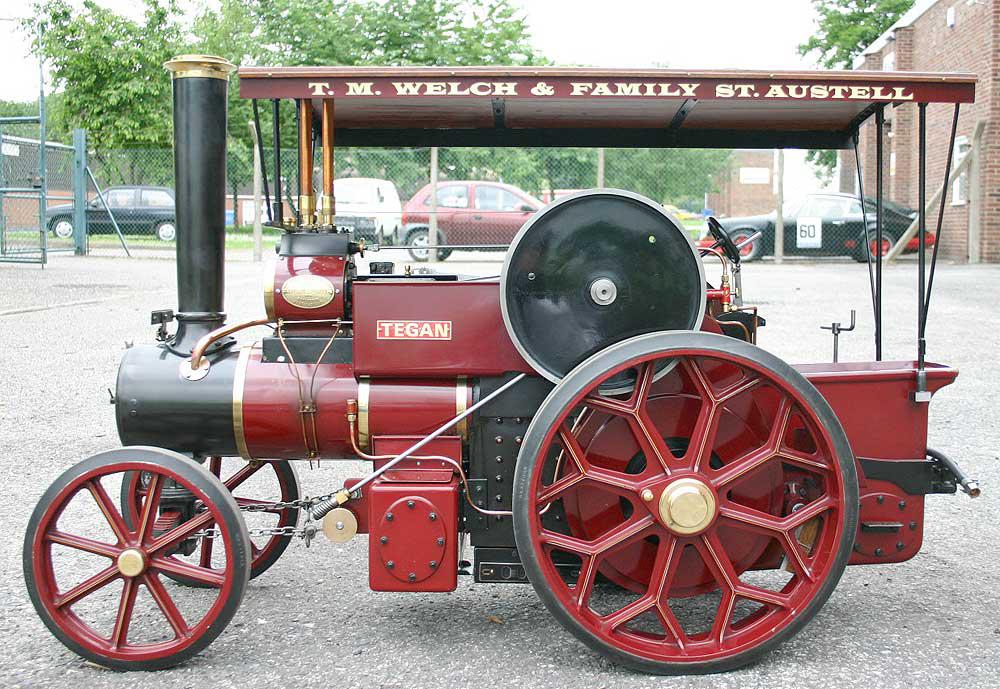 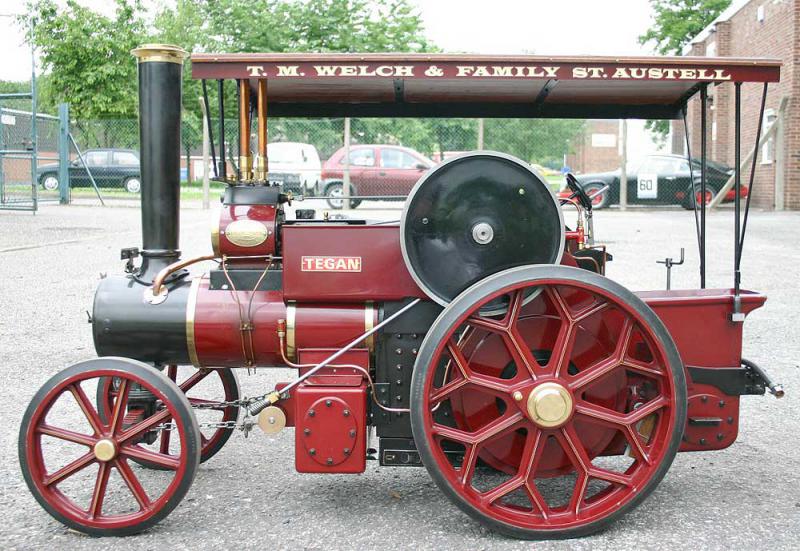 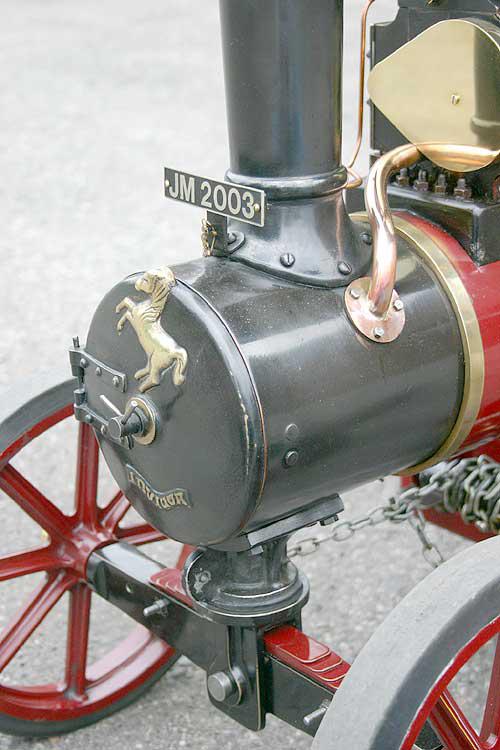 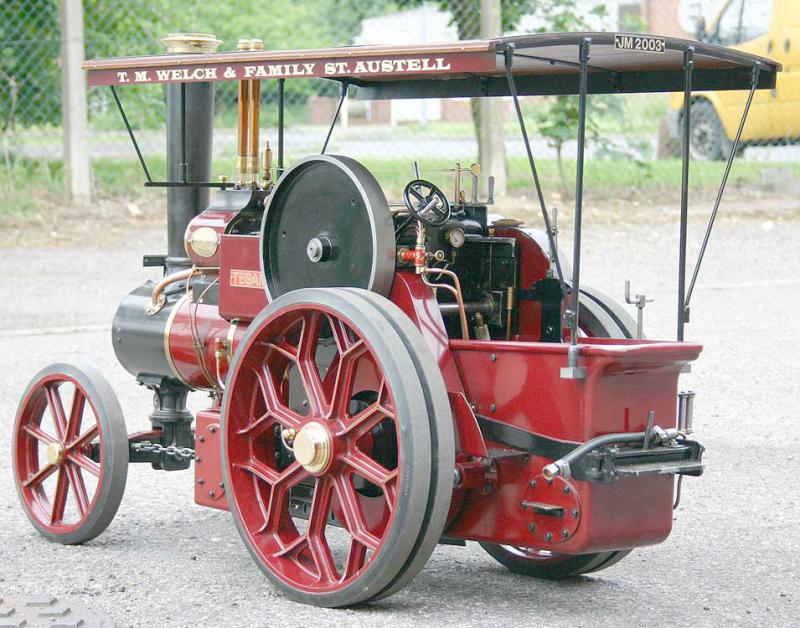 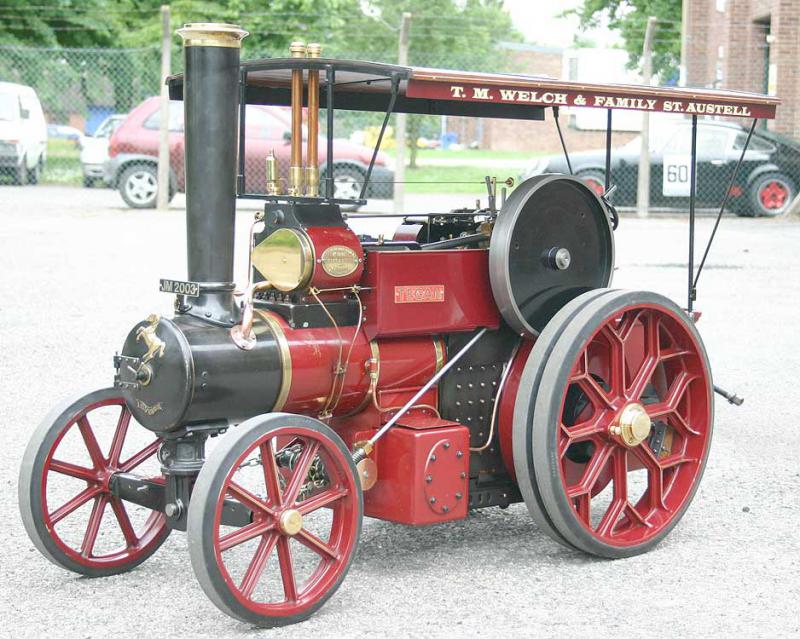 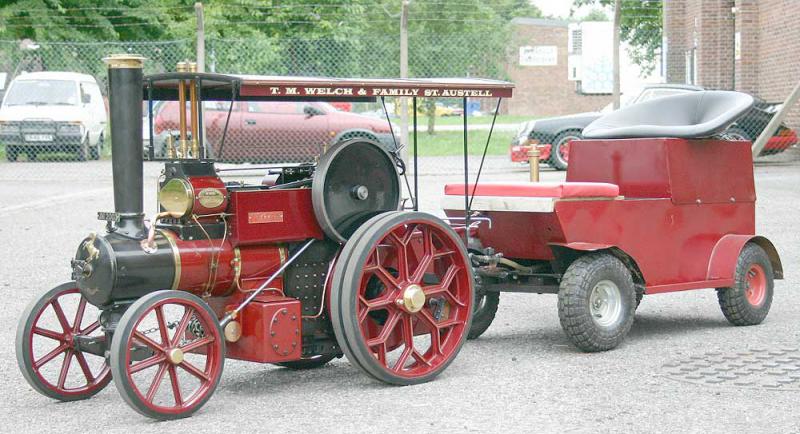 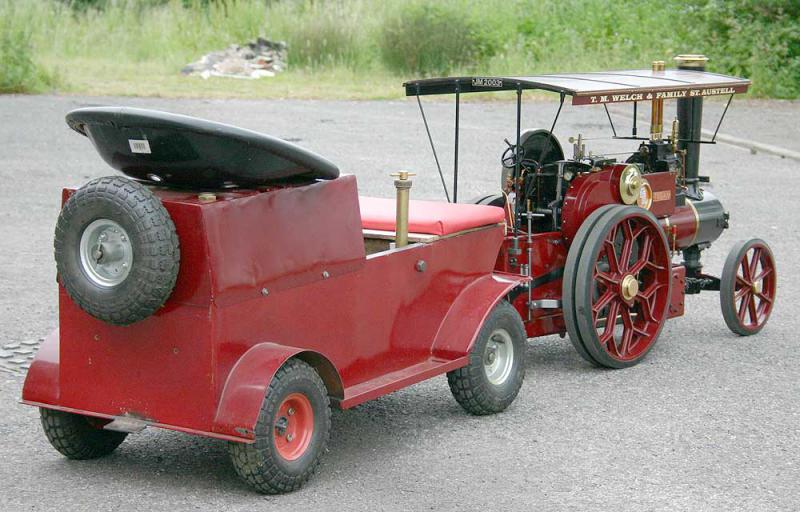 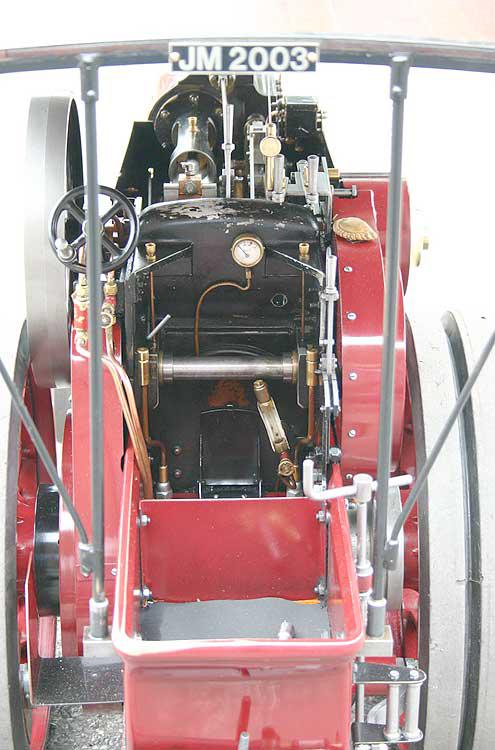 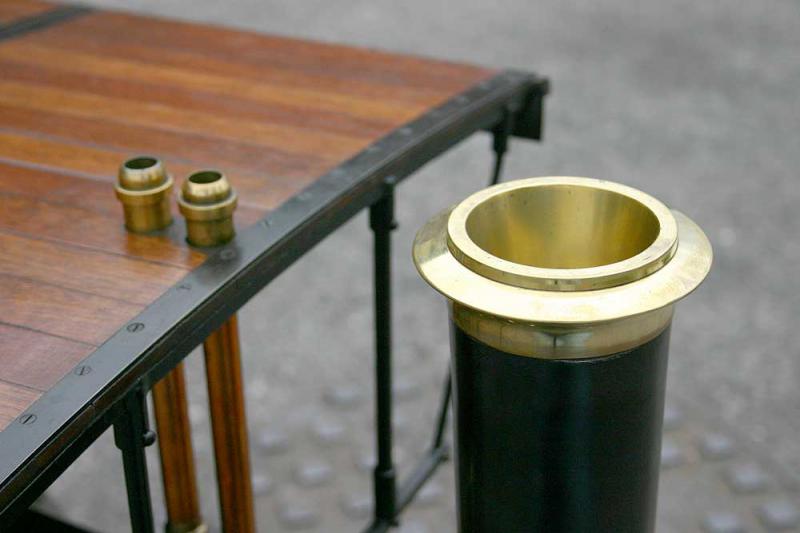 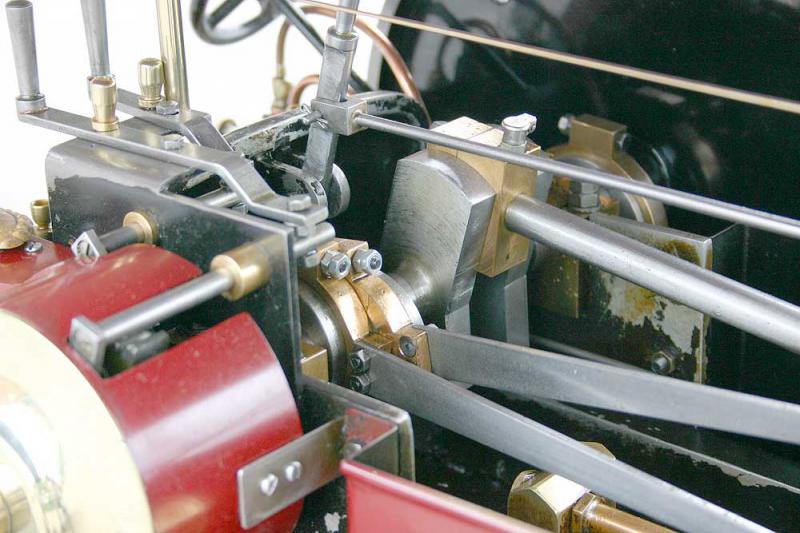 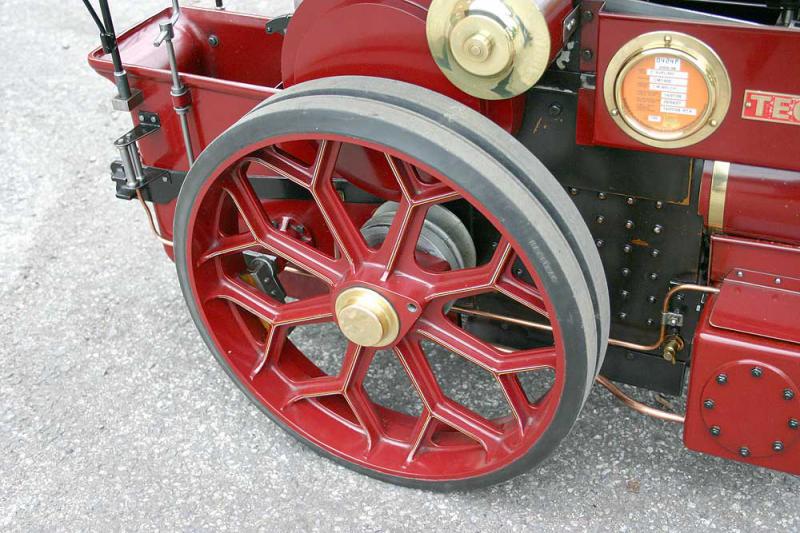 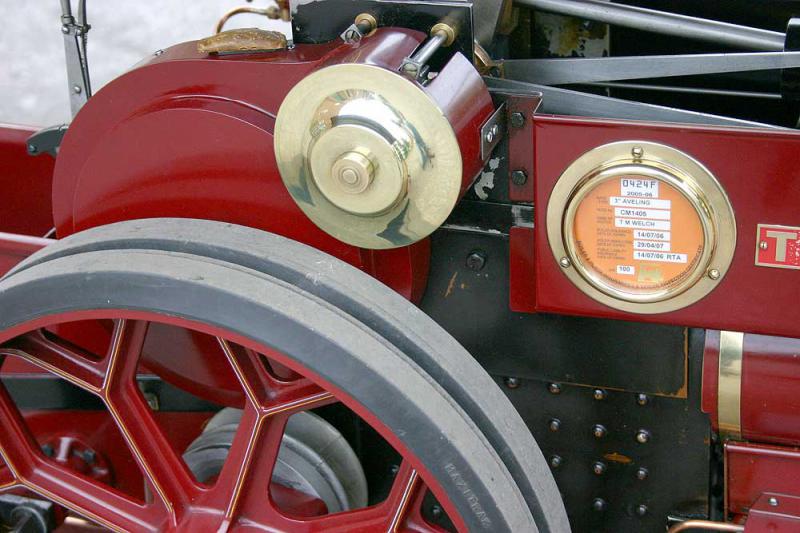 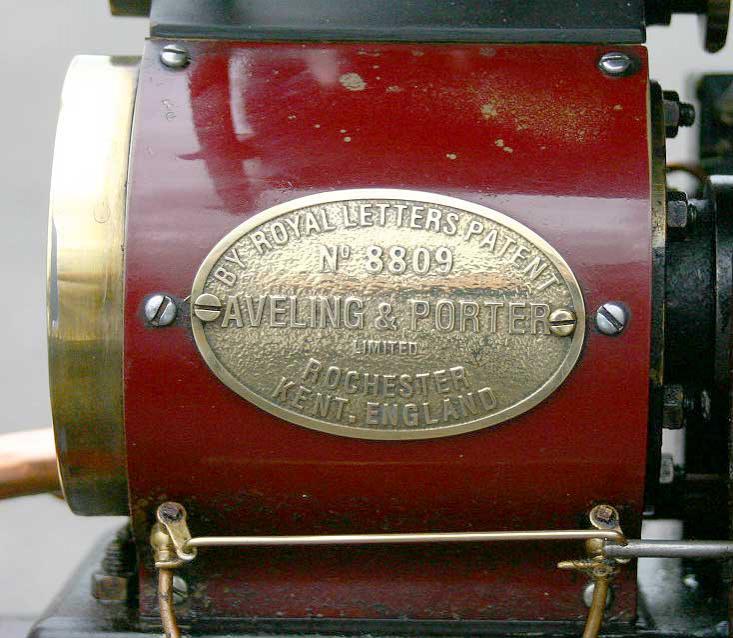 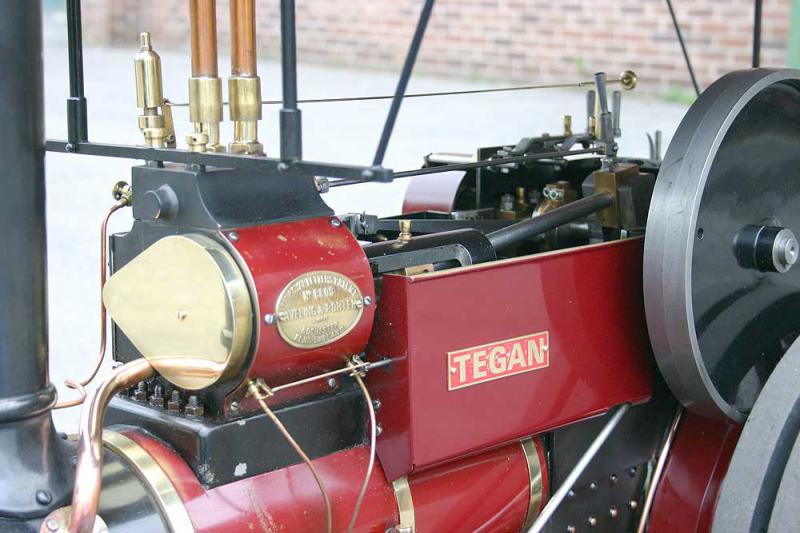 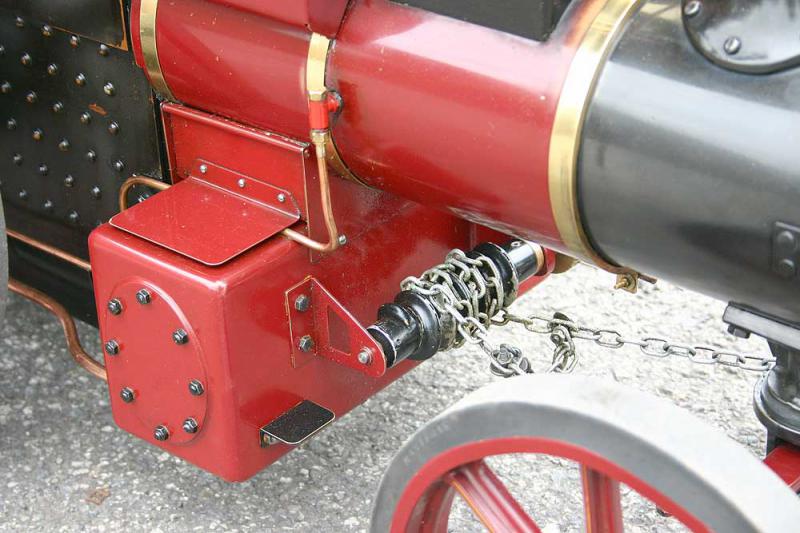 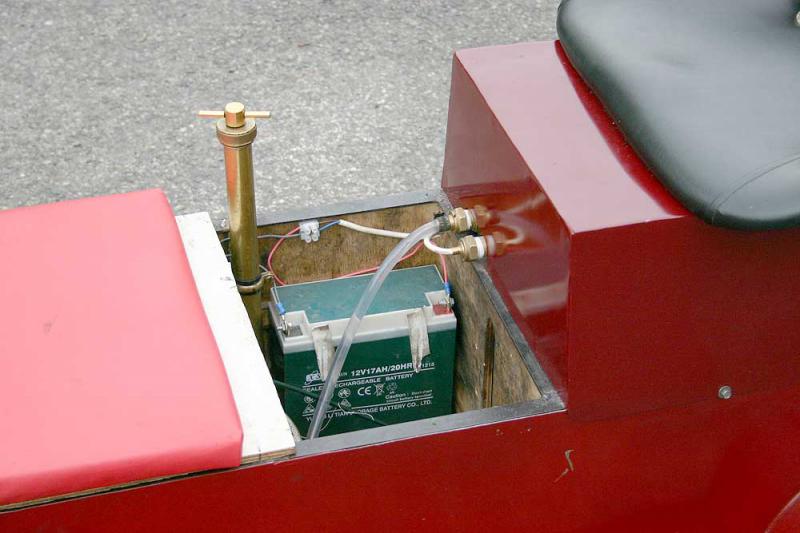 I sold this one in the summer of 2006, it's been steamed occasionally since and has only come back as the owner has gone to a four inch scale engine. Pictures below are from 2006, still in pretty much the same condition, if anything even cleaner and shinier now.

I very rarely get any of the Maxitrak engines in - it seems that, once bought, people like them so much they don't part with them. I can understand why, they always steam well, both the locomotives and traction engines, and are particularly easy to look after.

This is the nicest example of their popular 3 inch scale Aveling & Porter I have seen, a four year old engine which has been fastidiously looked after - it's the only engine I've ever bought where the inside of the chimney cap was polished as well as the outside!

Overall dimensions are similar to the 6nhp Burrell in the same scale. It has a copper silver-soldered boiler by Cheddar Boilers, fed by a mechanical pump and hand pump mounted in the driving truck. Water is carried in linked belly tanks and tender which gives a useful capacity for the rally field. An injector would be easy to fit if required. Single cylinder with slide valve actuated by Stephenson's valve gear with pole reverer on footplate. Mechanical lubricator and rod-operated drain cocks.

There is a well thought out driving truck containing a large water tank with hand pump for filling the boiler and fitted with a screw-down parking brake.

I ran the engine last weekend with David - neither of us had driven one before. We were both impressed by how well it steamed and went - it's a powerful engine with a spectacular turn of speed on the road in high gear. It is in excellent condition throughout and comes with all original documentation, boiler certificate to April 2007 and a nice set of firing irons.