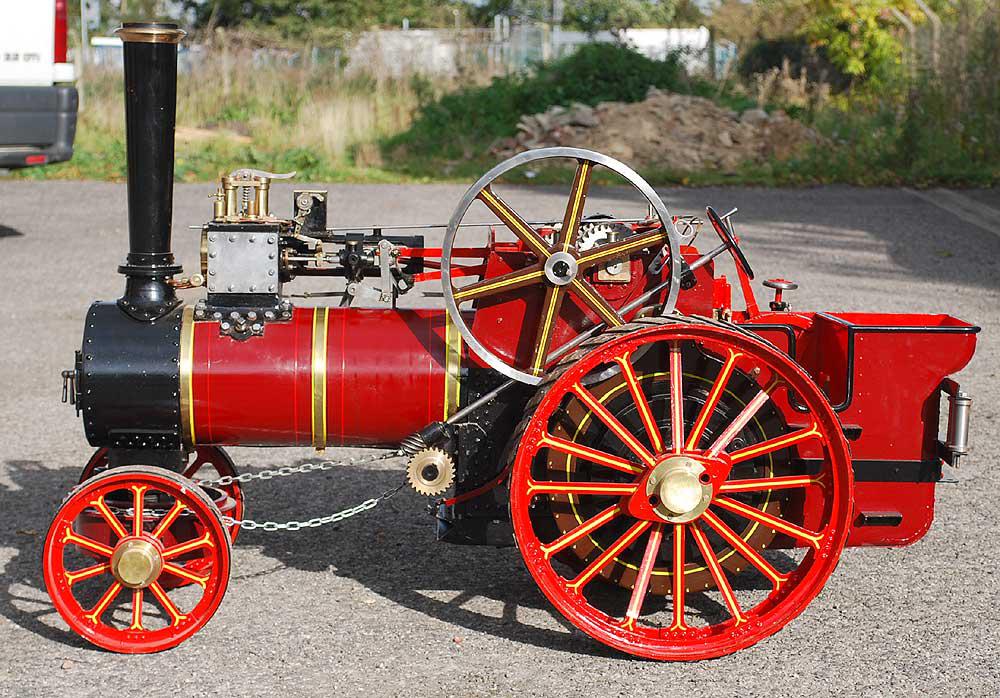 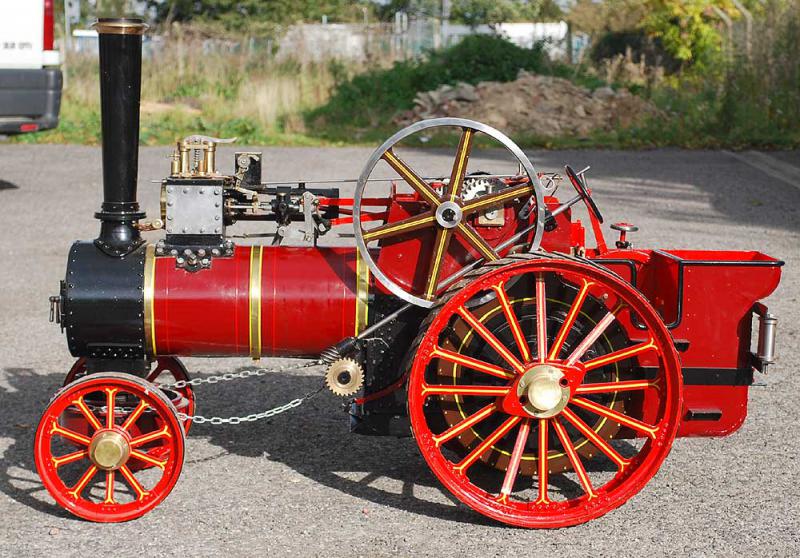 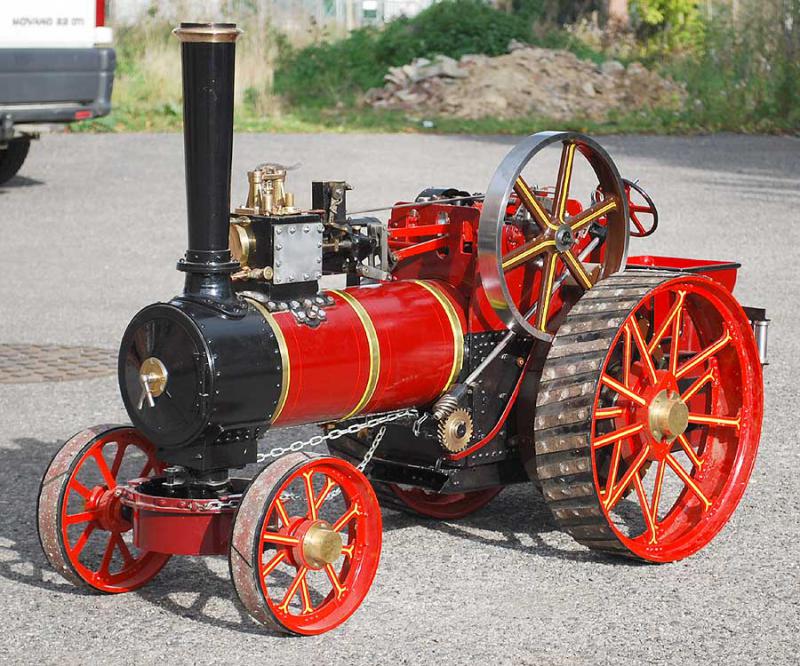 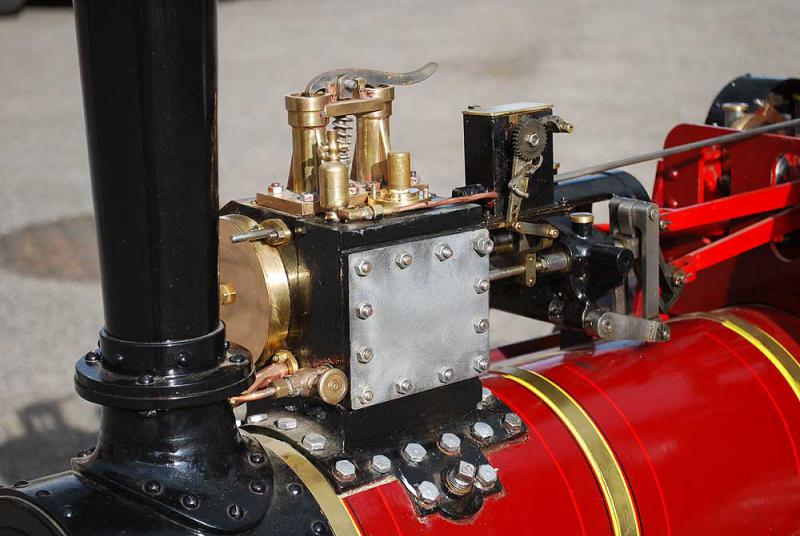 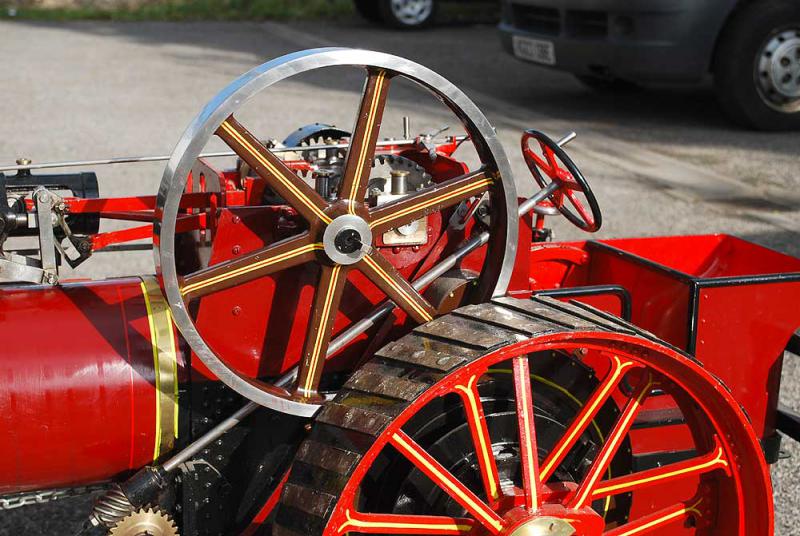 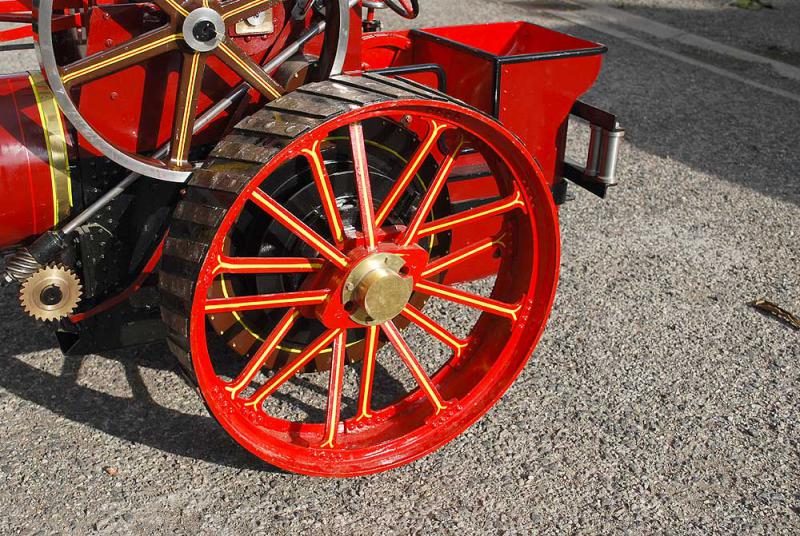 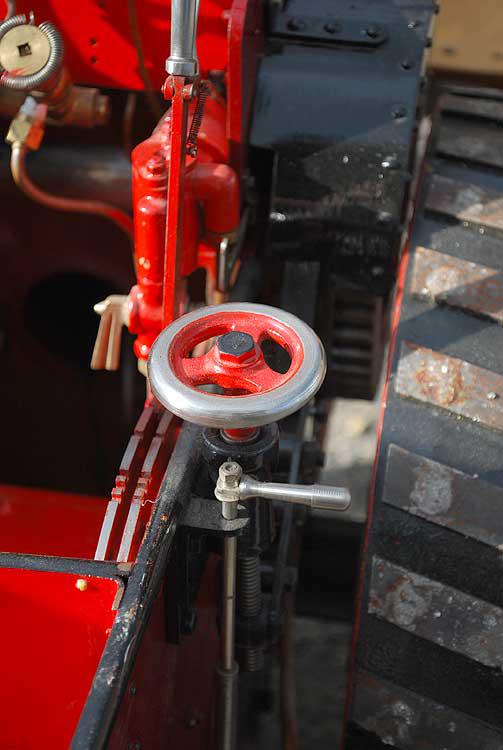 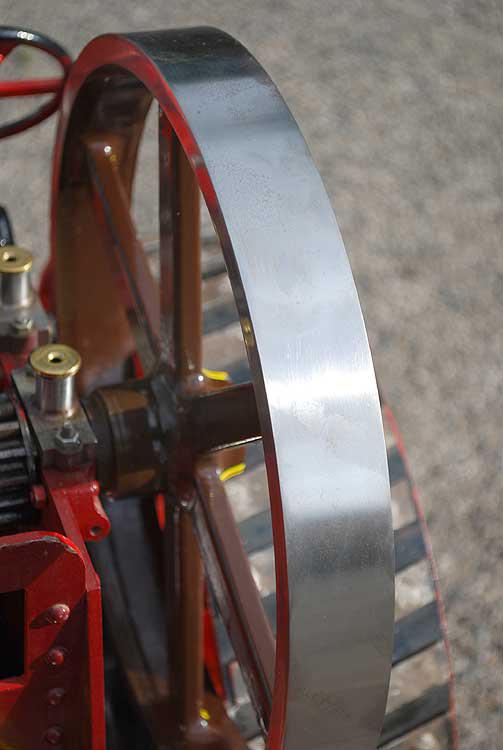 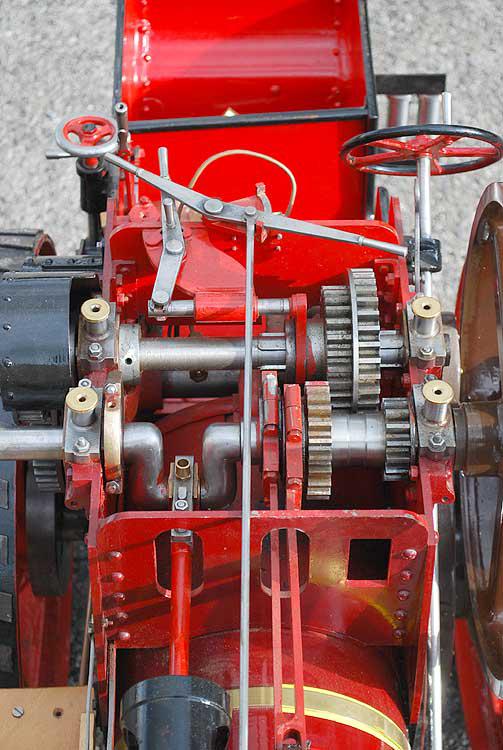 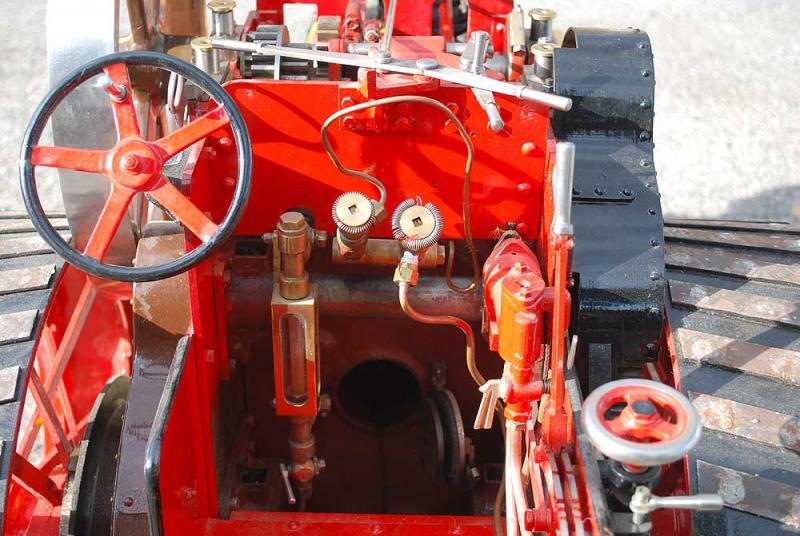 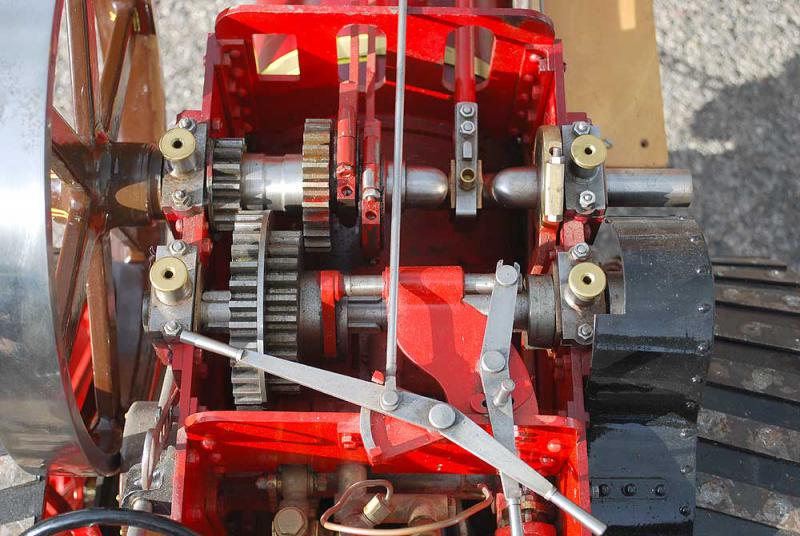 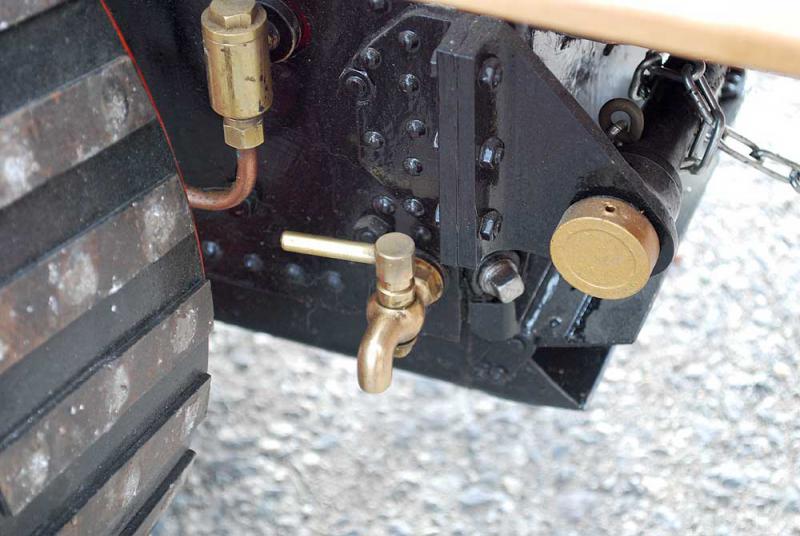 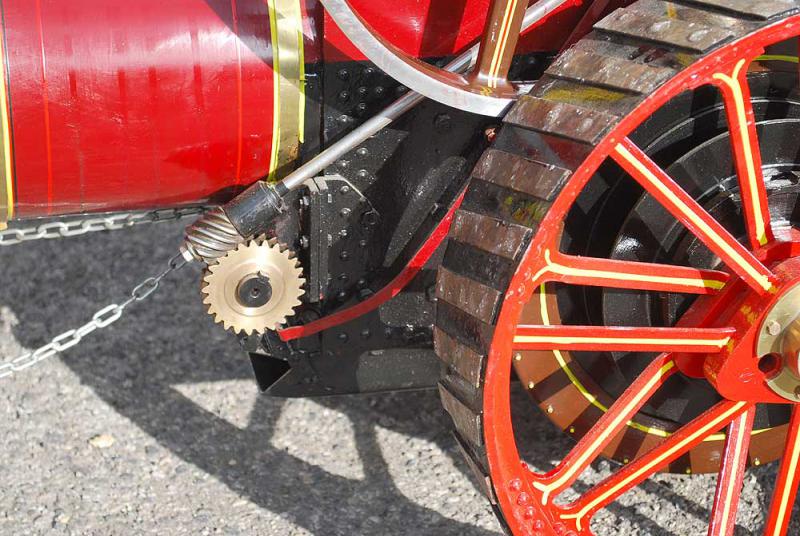 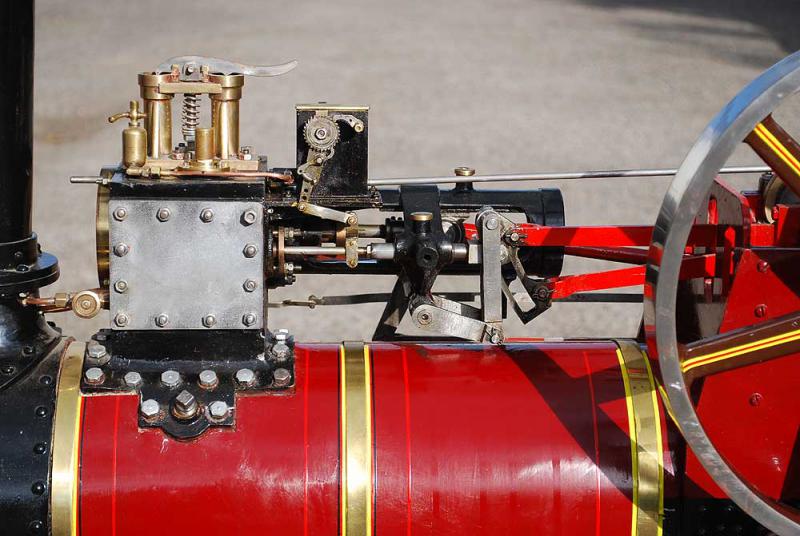 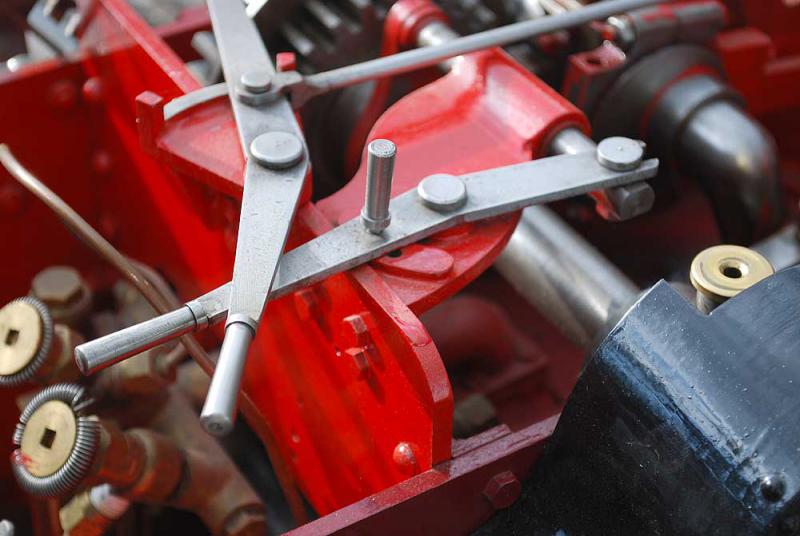 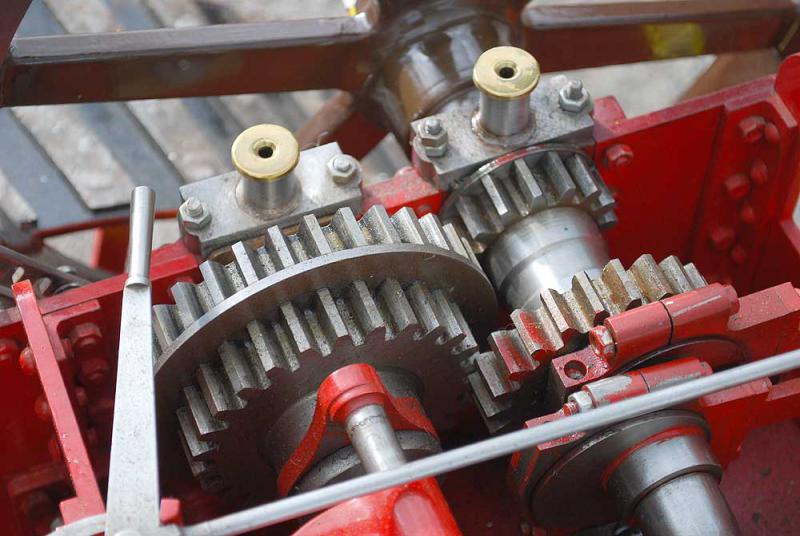 Never steamed before the builder's demise, the engine has had a twice working pressure hydraulic certificate issued for 100psi working, it will require a steam test when completed. It runs very well on air, with a crisp exhaust note and good even beats theres a clip of it running here.

Jobs to complete include fitting a pressure gauge and associated pipework, making a pair of drive pins and attending to half a dozen loose fasteners on the cylinder block flange it is currently held down with some fairly grotty bolts, in the past I have made up studs and silver-soldered a nut on to simulate the original carrot bolts which were assembled in from inside the boiler.and nutted up outside.

I think this is a decently-built engine with plenty of potential it makes a big 3 inch model, nearly six inches longer than the ubiquitous 6nhp Burrell and I would guess around half a hundredweight heavier. Complete with a two-wheeled driving truck running on pneumatic tyres.