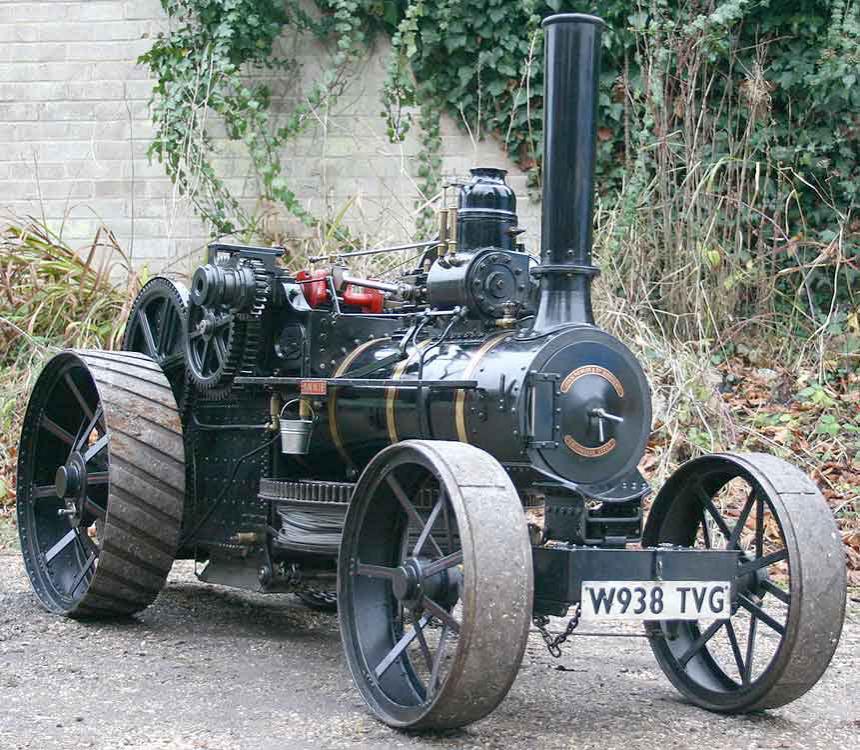 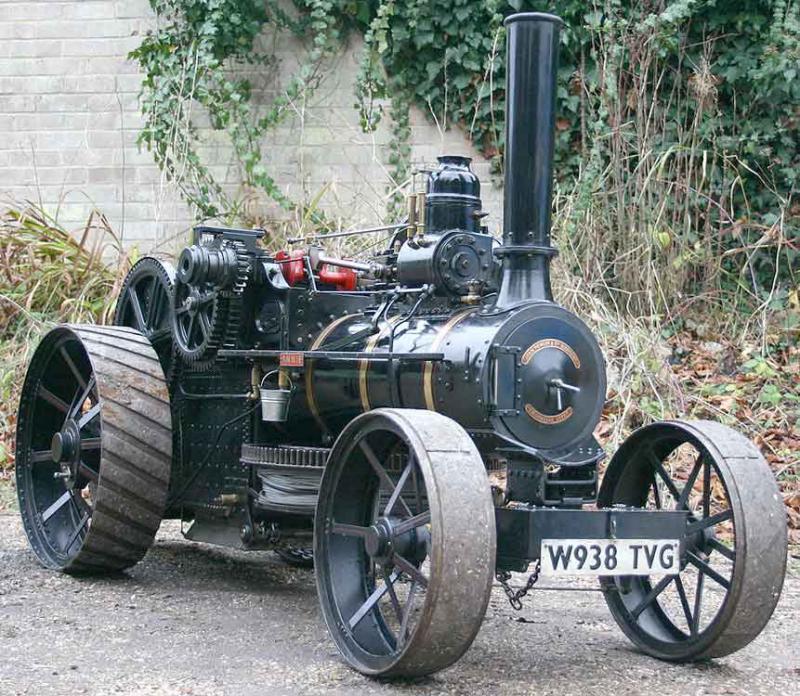 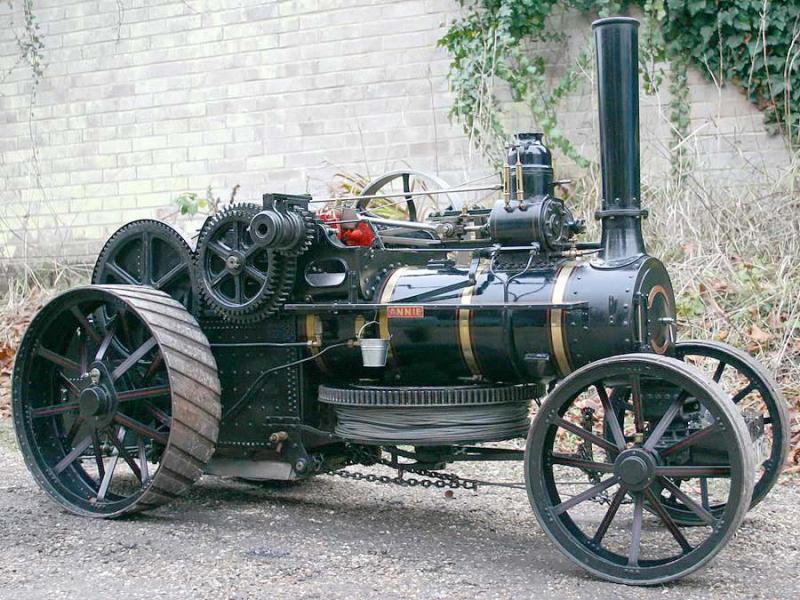 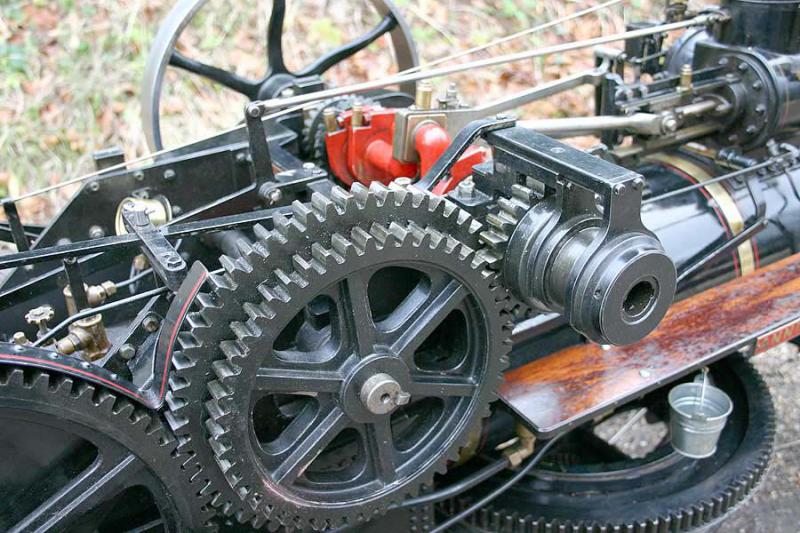 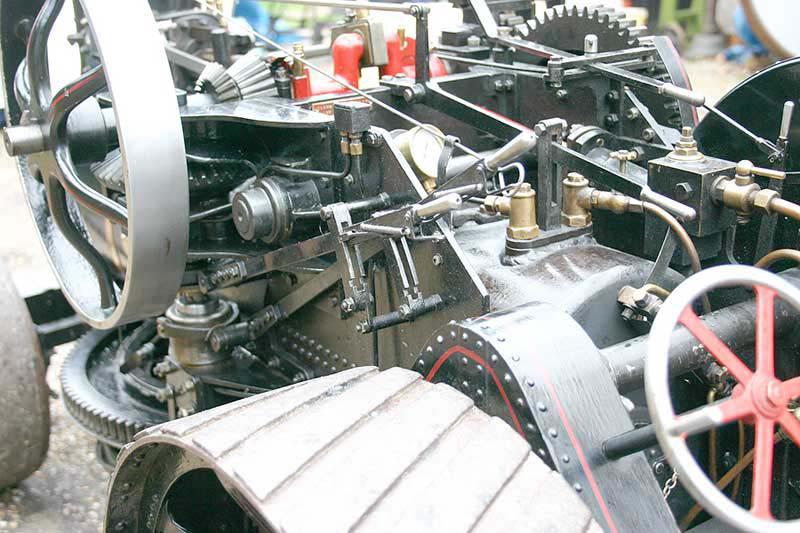 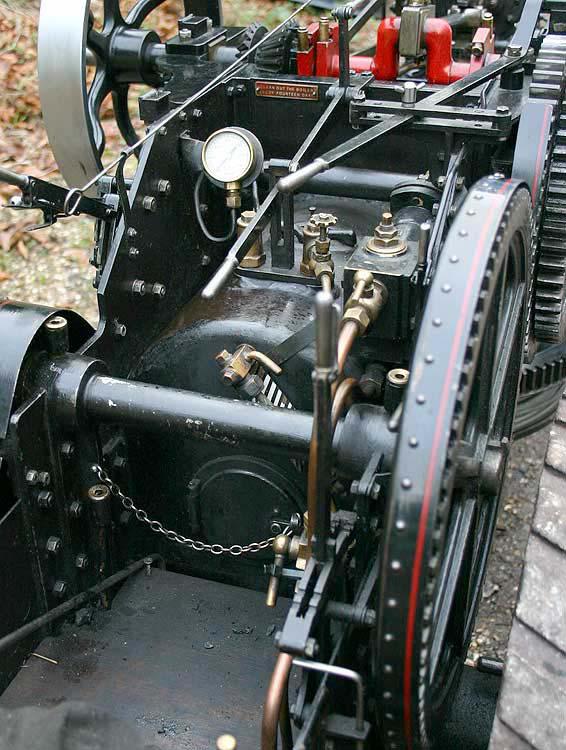 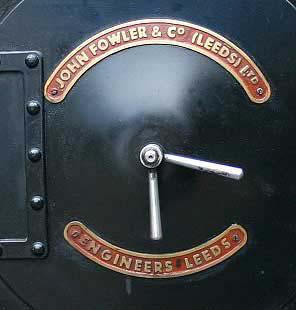 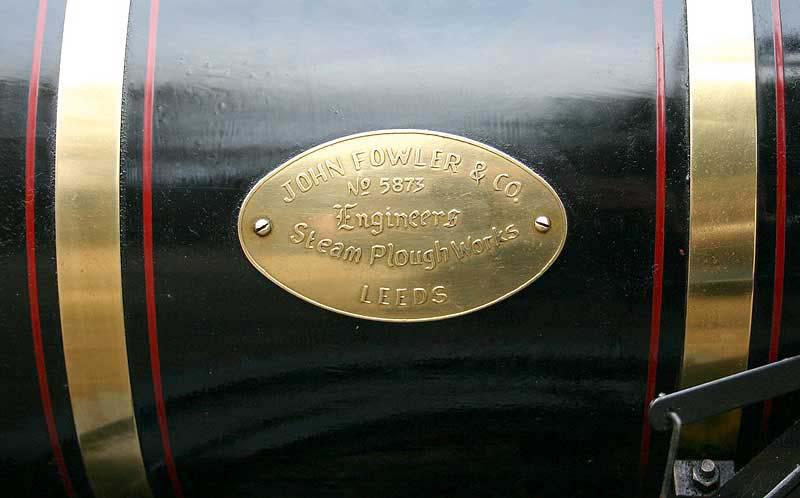 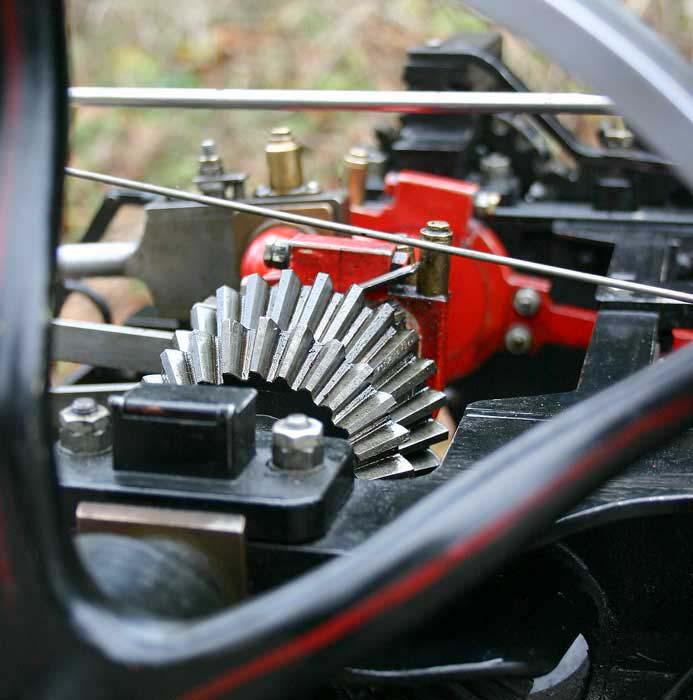 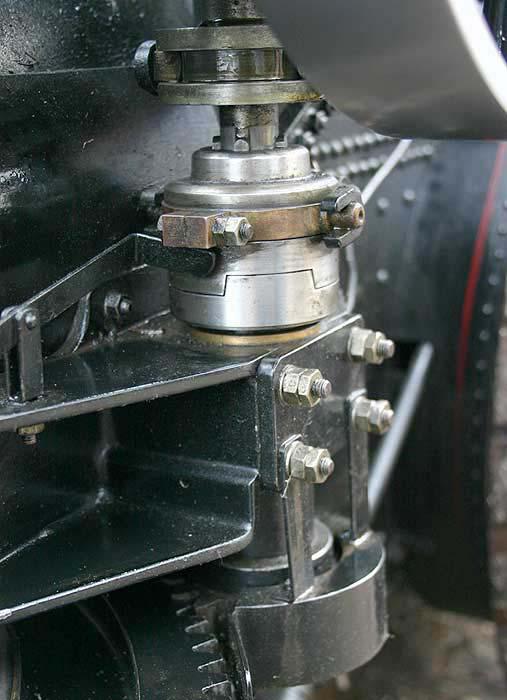 Introduced by Fowler in the late nineteenth century, the K5 was designed as a dual purpose engine for ploughing and general farm duties. A large, powerful machine it was capable of belt-driving implements from the flywheel or ploughing using the two-speed winch slung beneath the boiler.

I have sold this engine previously, it has just come back in having done little work in the last eighteen months. Built from the well-regarded John Haining 2 inch design scaled up, it is extremely well engineered and authentically detailed, including fully-operational two-speed winding and coiling gear slung underneath.

Two speed transmission to road wheels, with separate two speed drive via bevel gears to the winding drum. As on the full size engines, there is no brake fitted.

In 3 inch scale, the K5 comes out larger than many 4 inch models - over 6 feet long and weighing around 700 pounds. The large firebox and boiler makes for easy firing and driving. With the distinctive single-cylinder exhaust bark and ringing from the large winch and drive gears the overall sight and sound is highly evocative of the full-size original. A really super engine which draws much attention when rallied.