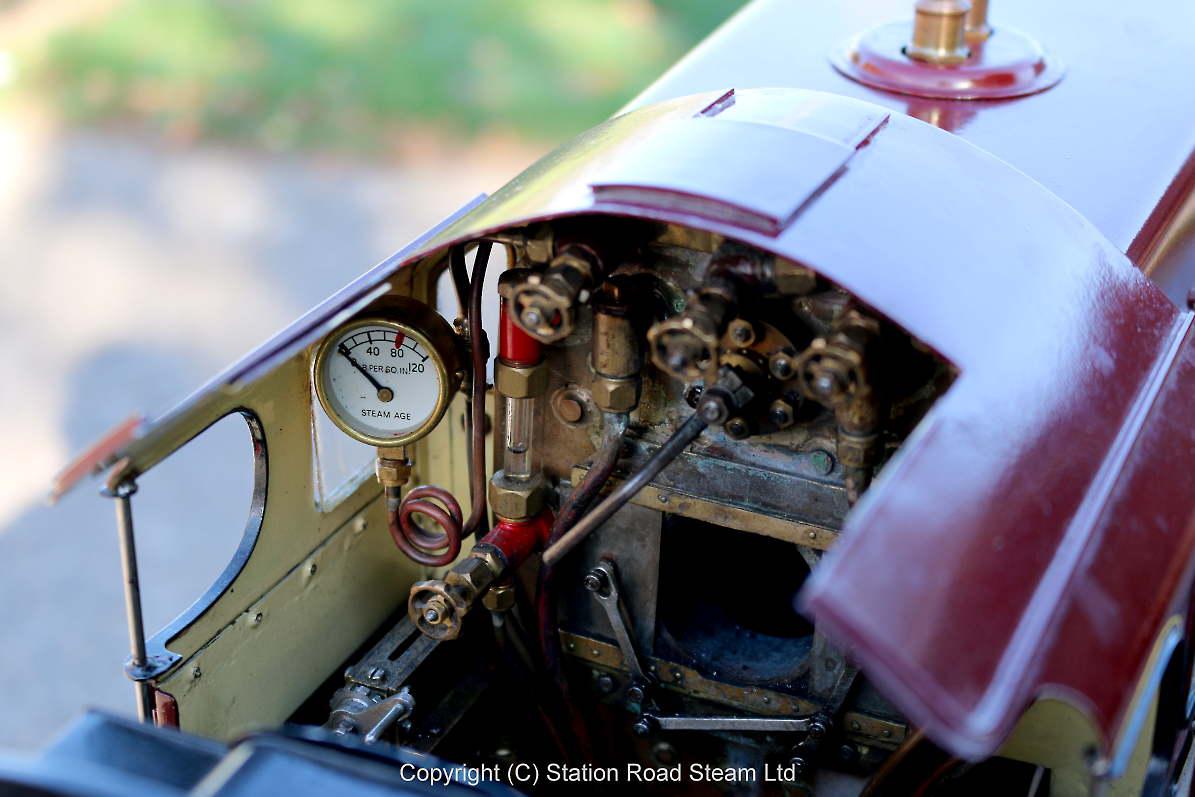 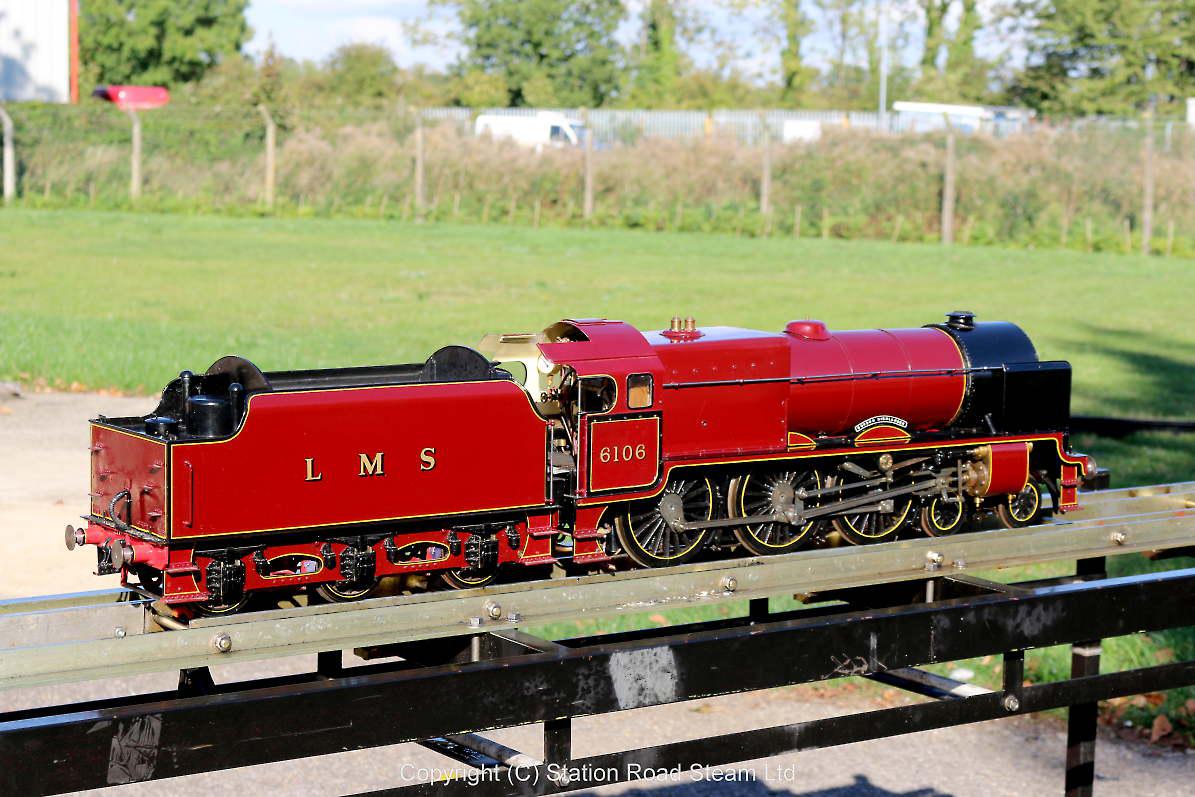 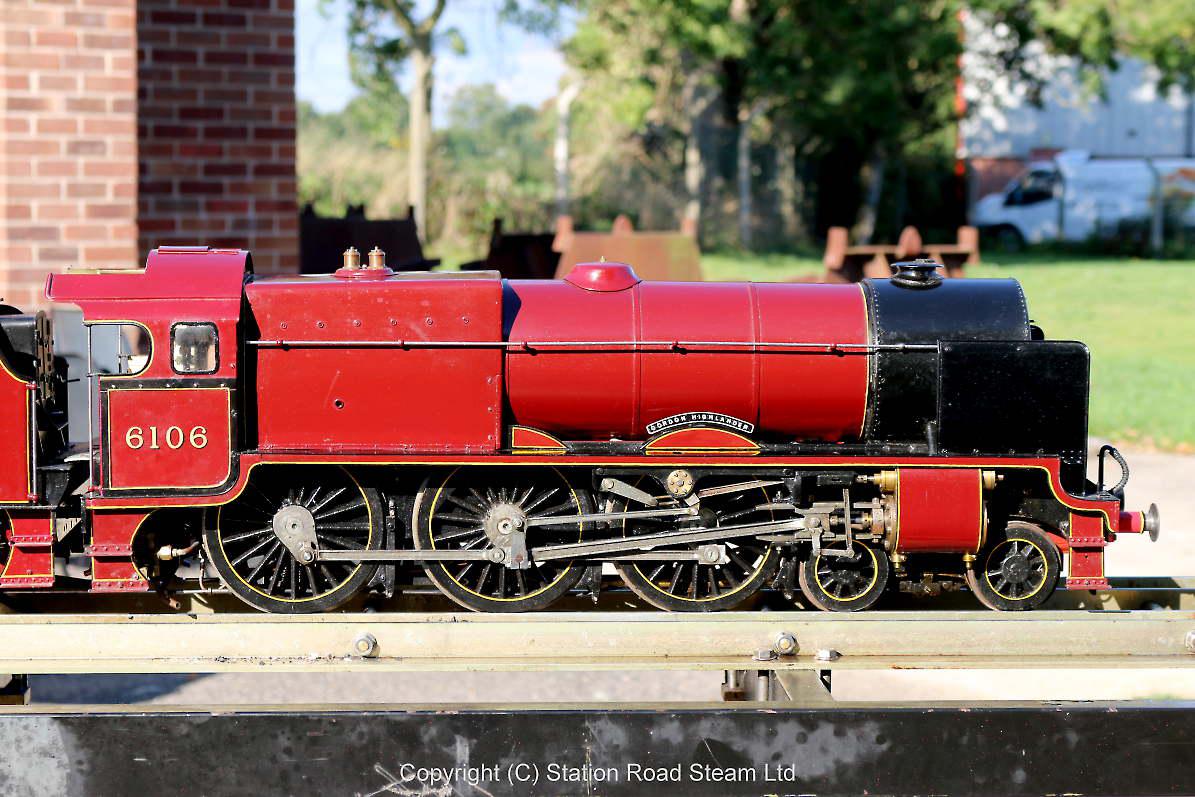 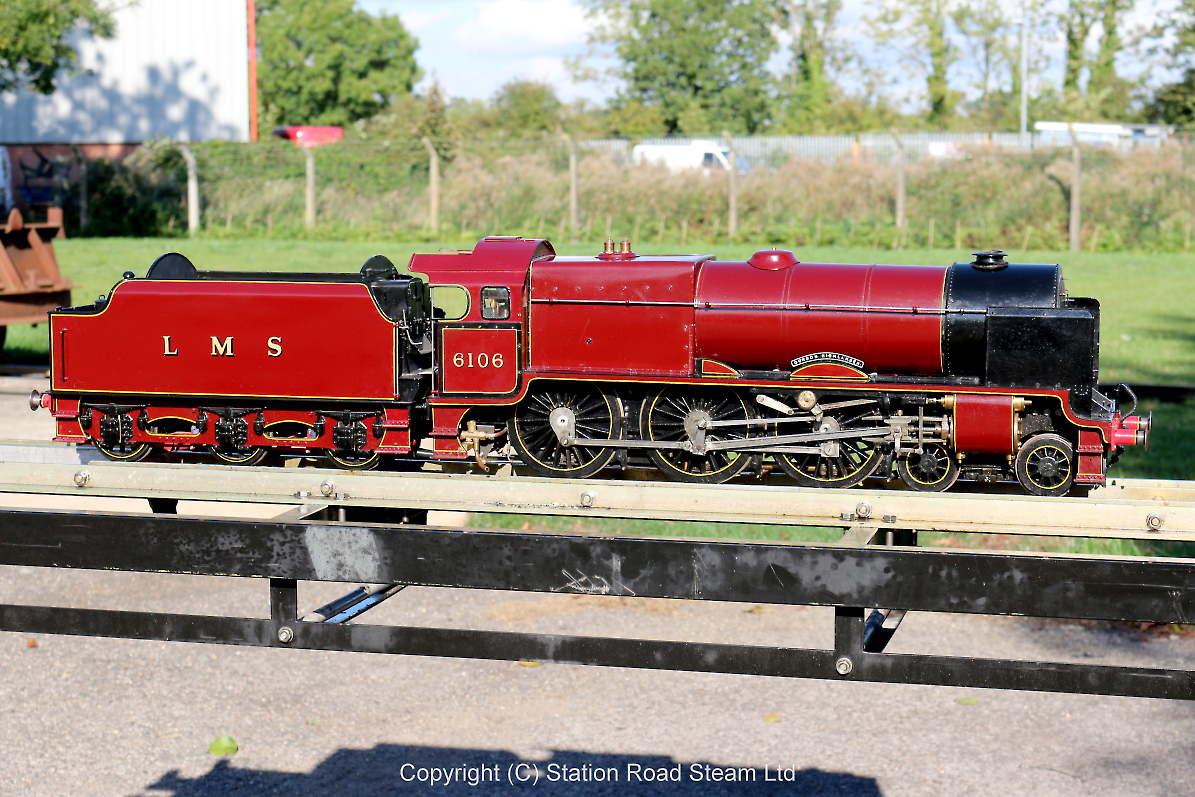 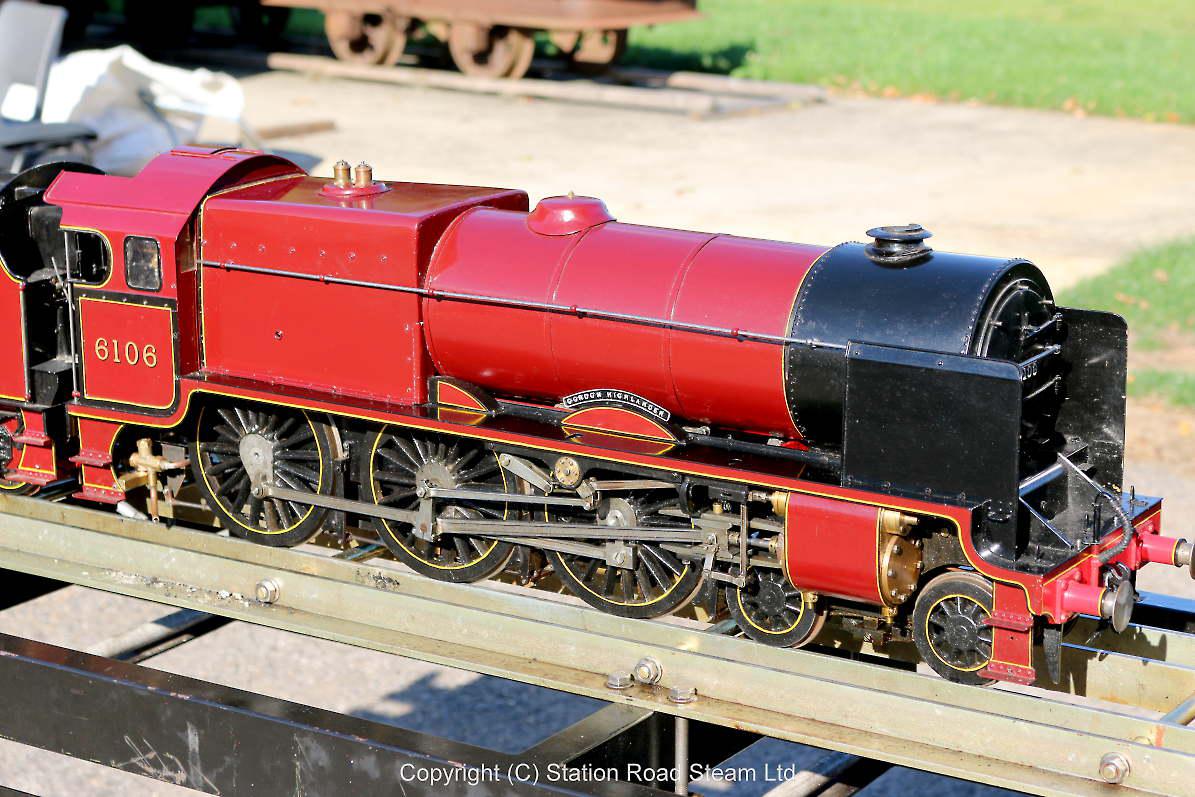 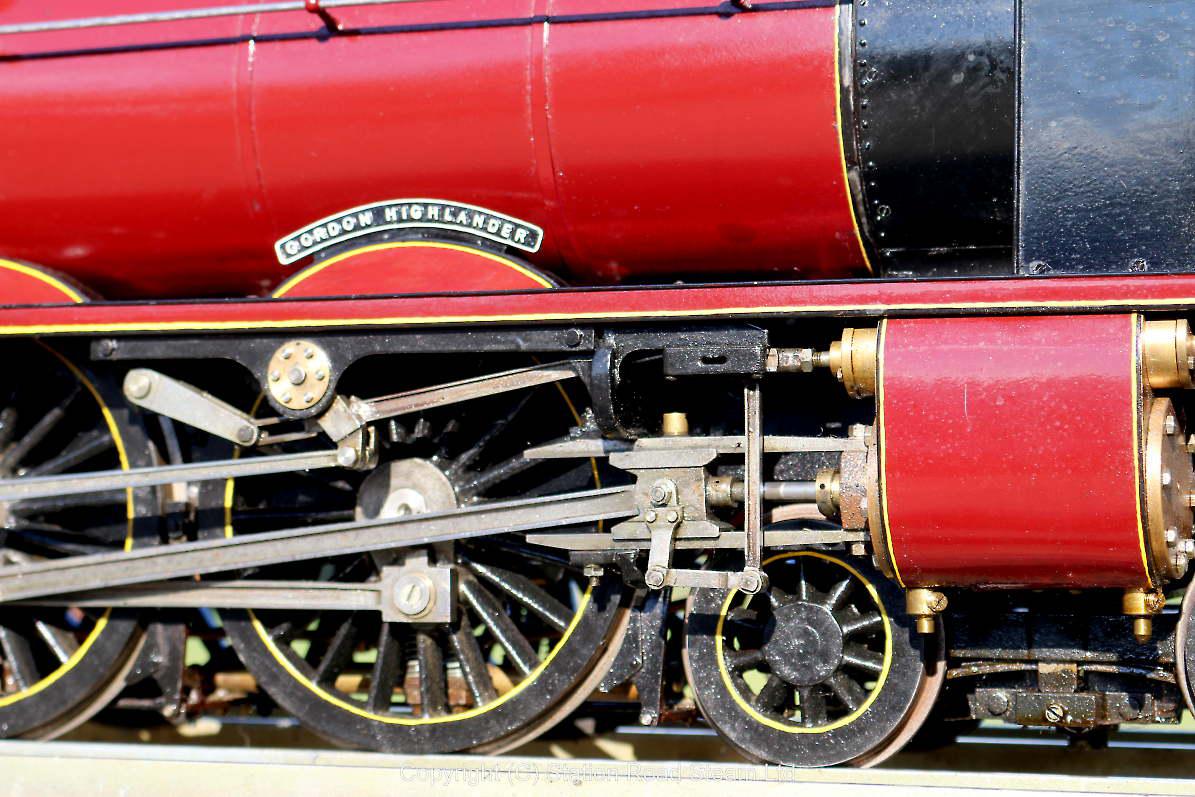 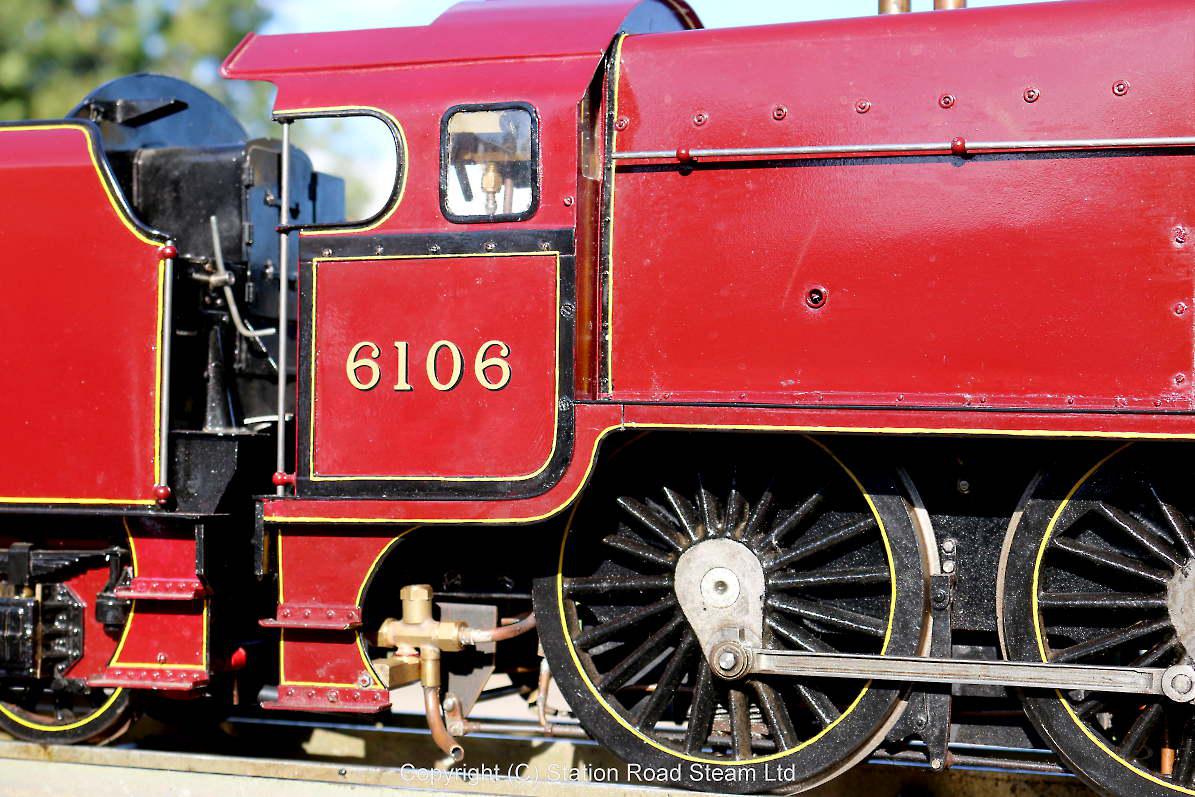 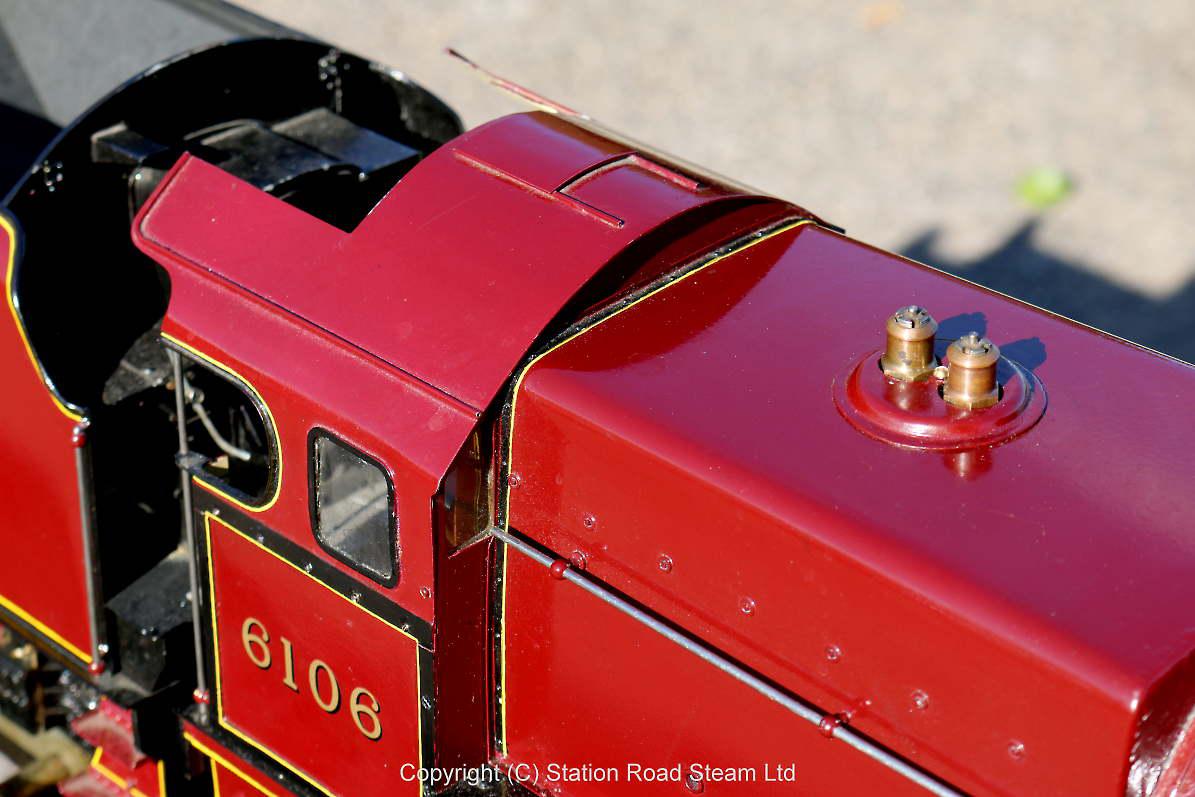 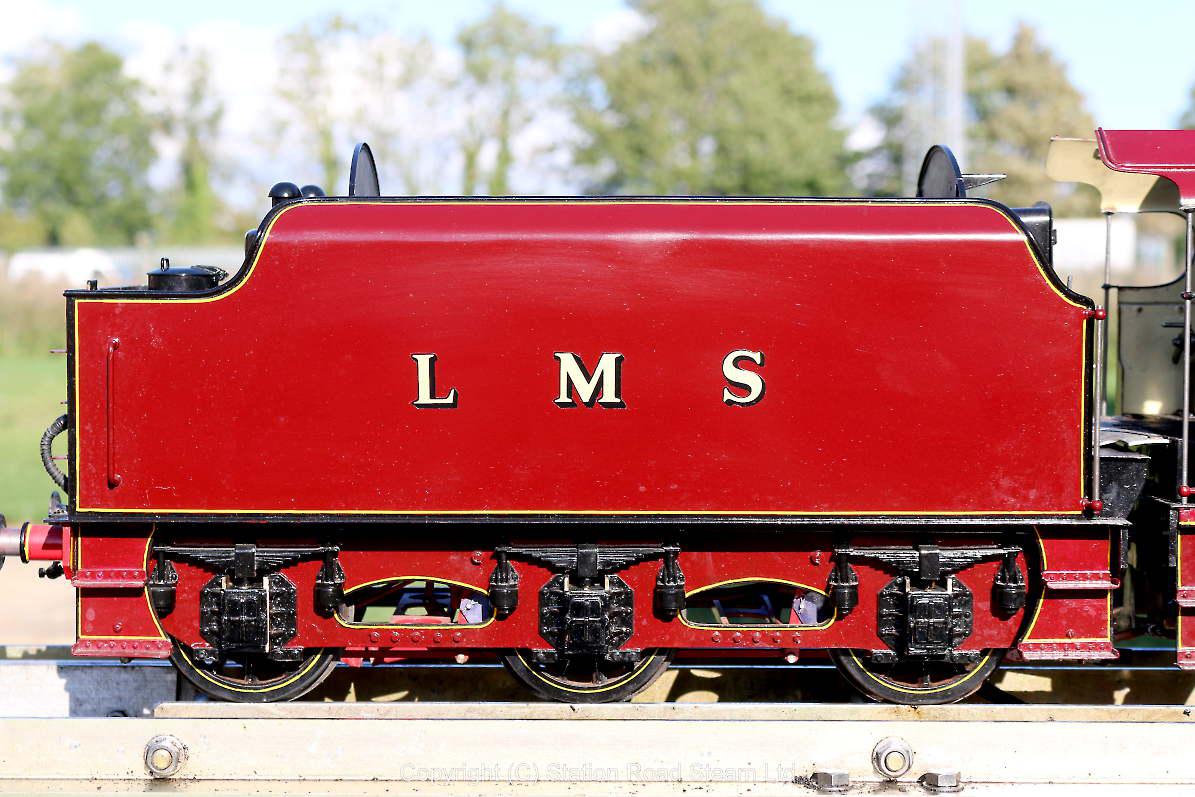 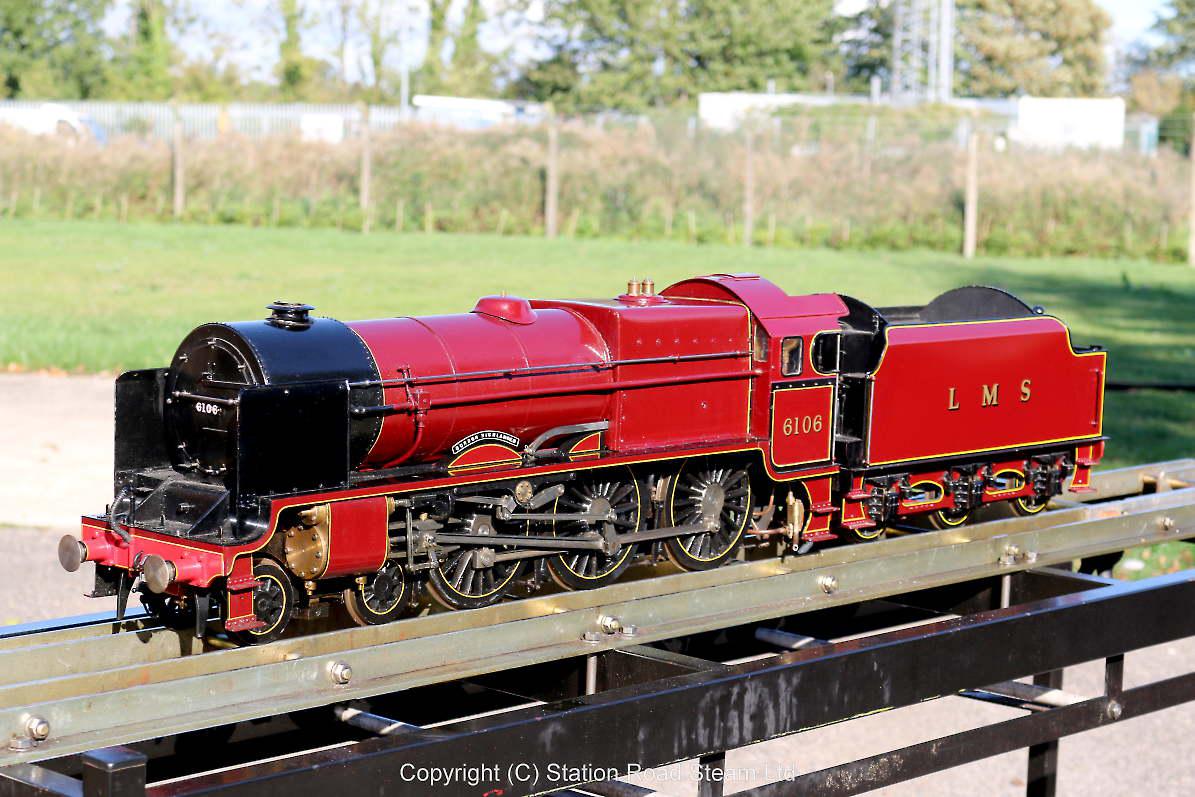 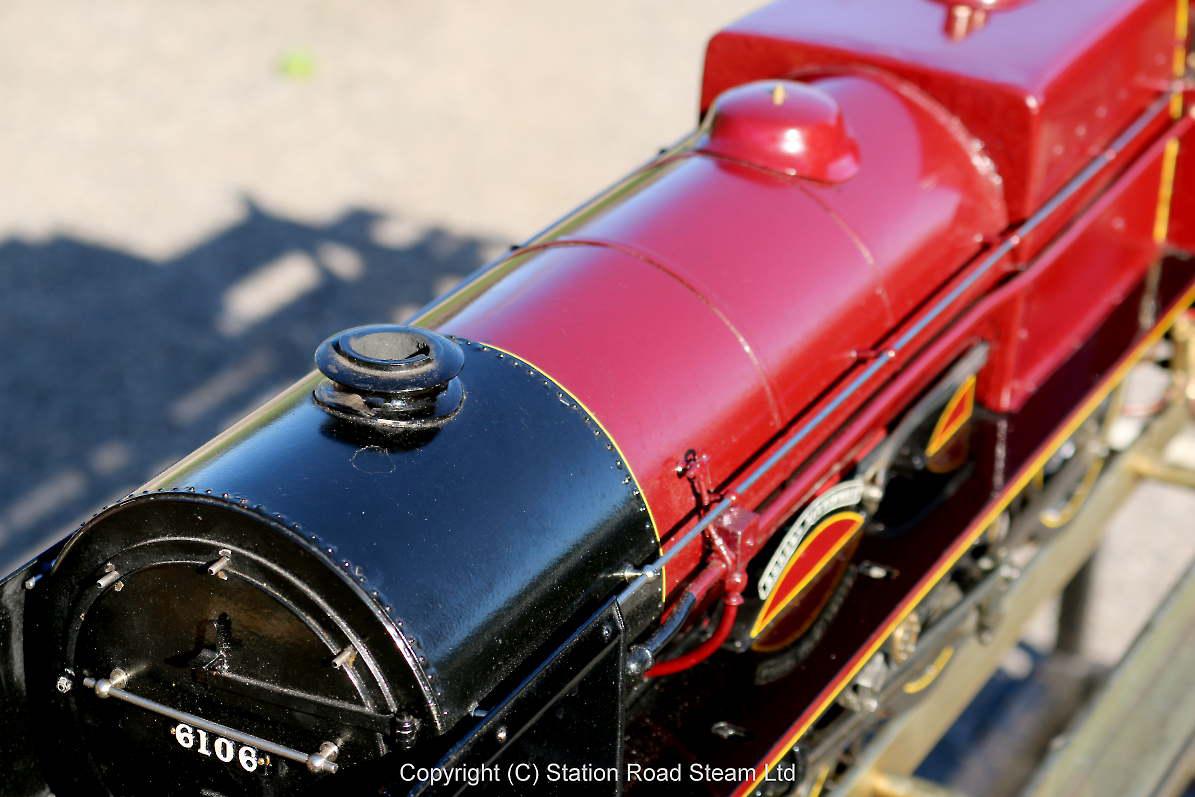 A well made "Royal Scot", unusually for this gauge built as a prototypically correct three cylindered engine. Completed in 2009, it's come to us direct from the builder and doesn't look to have done a great deal of running in the intervening five years.

We've had this one in steam, runs very nicely although the injectors have a mind of their own...