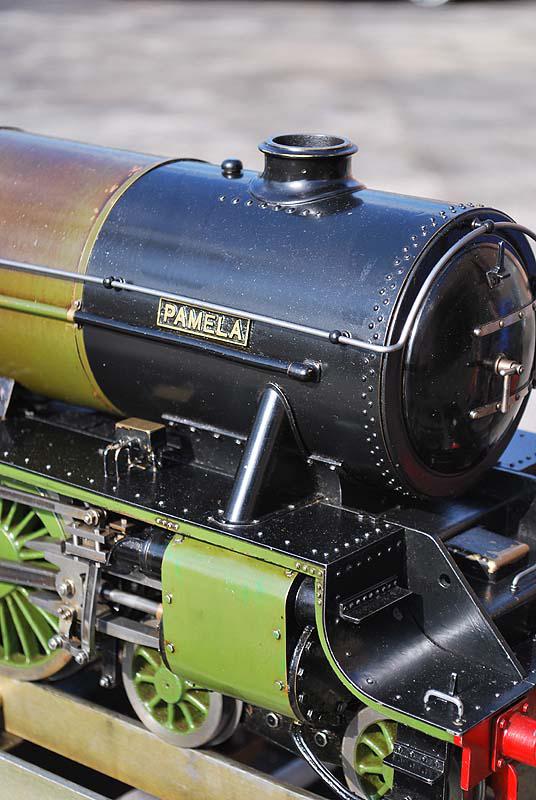 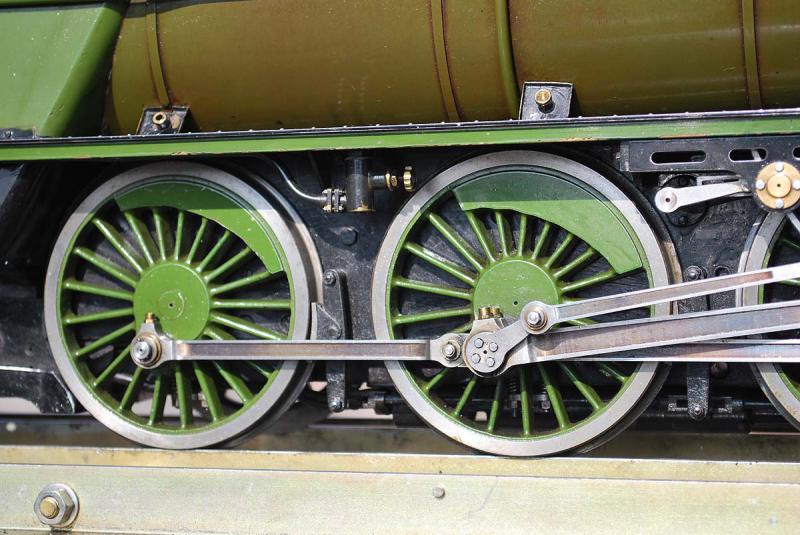 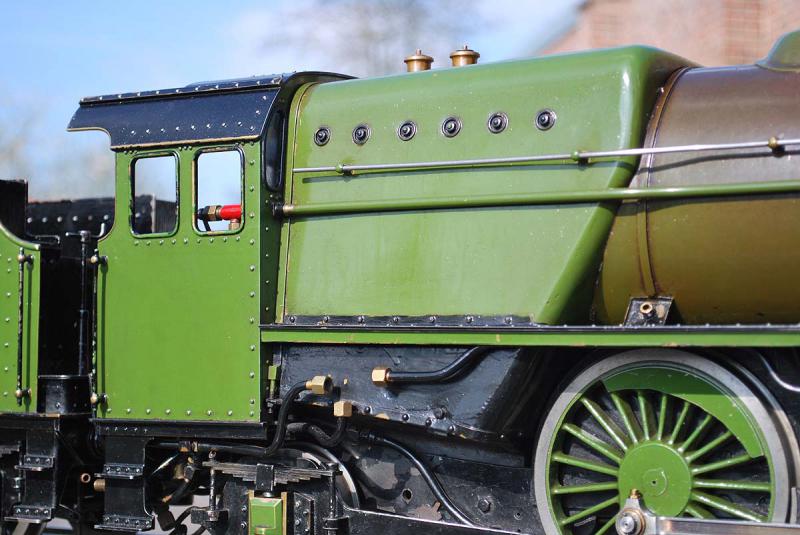 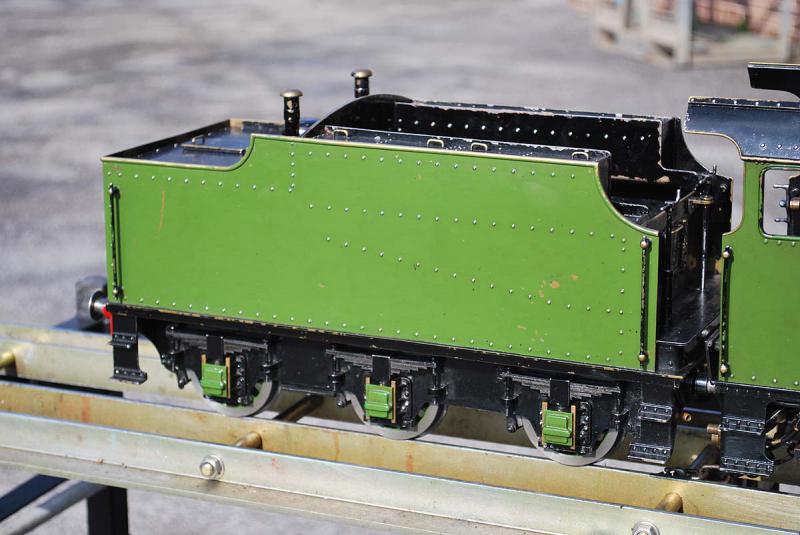 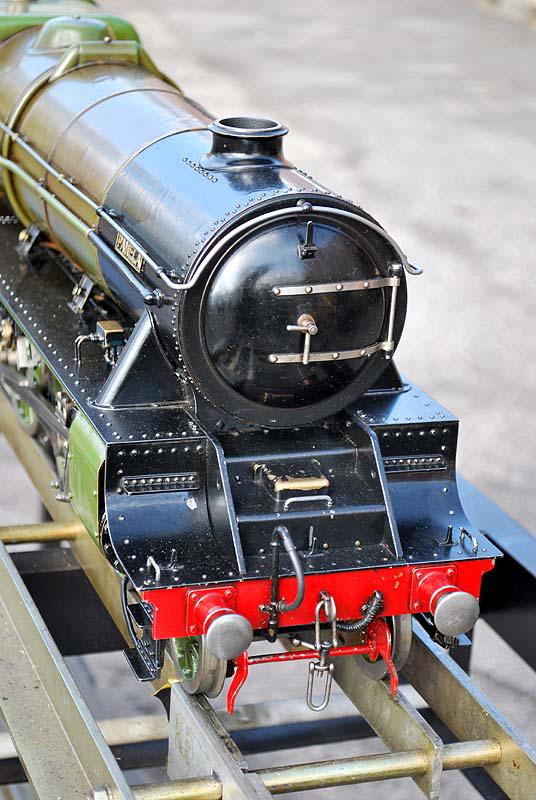 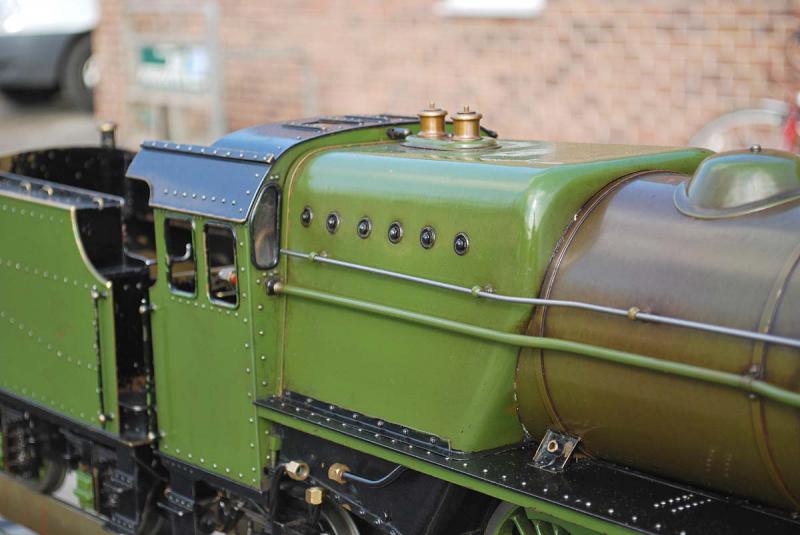 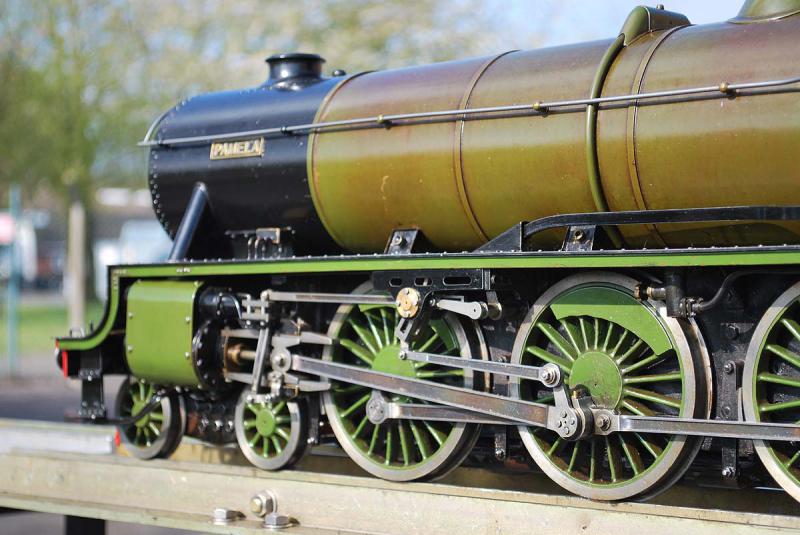 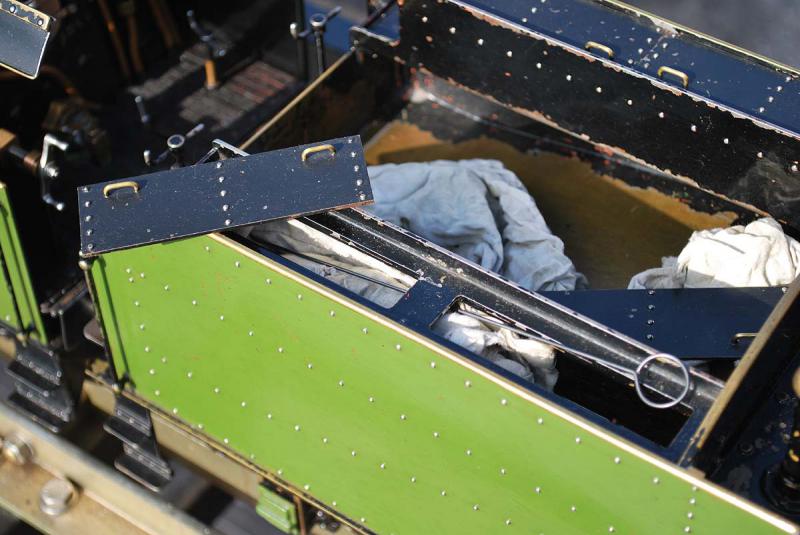 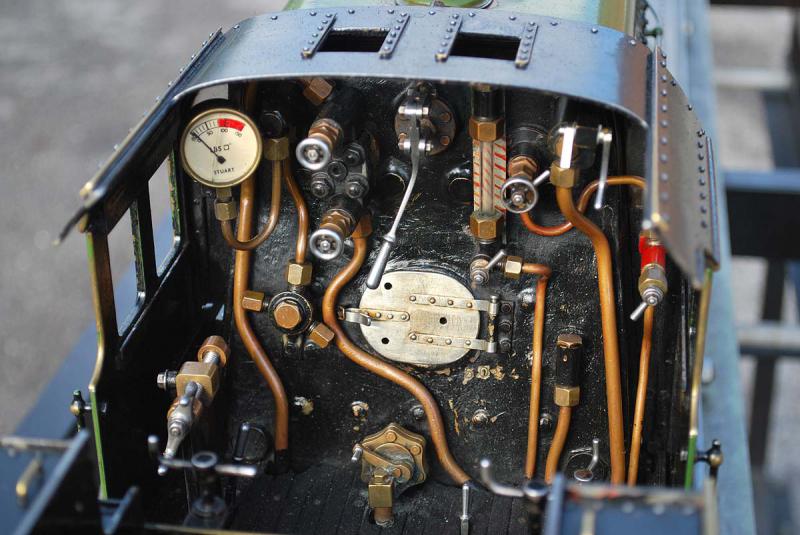 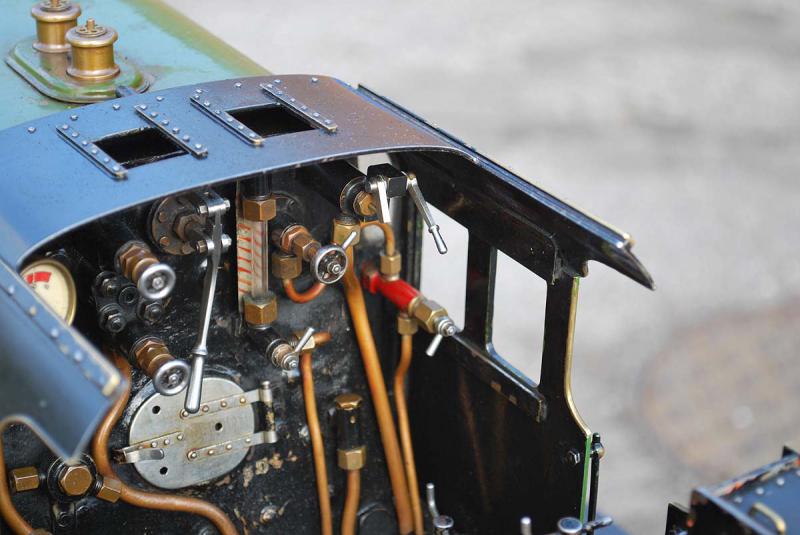 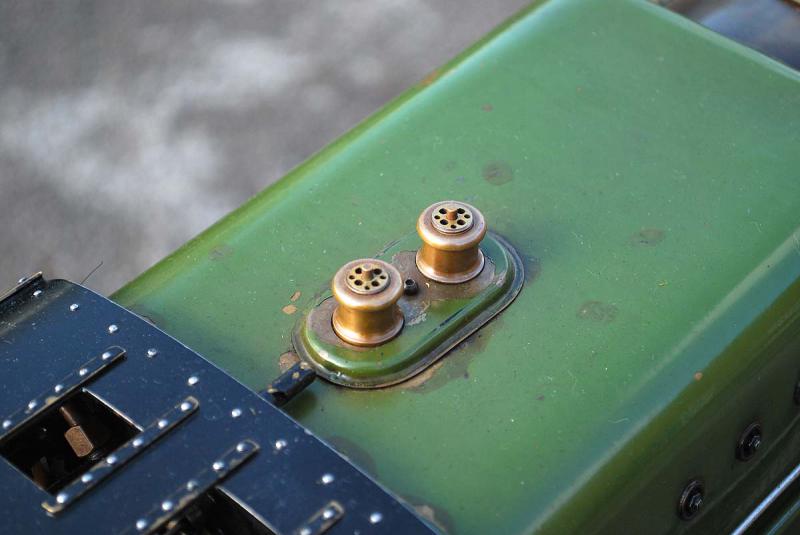 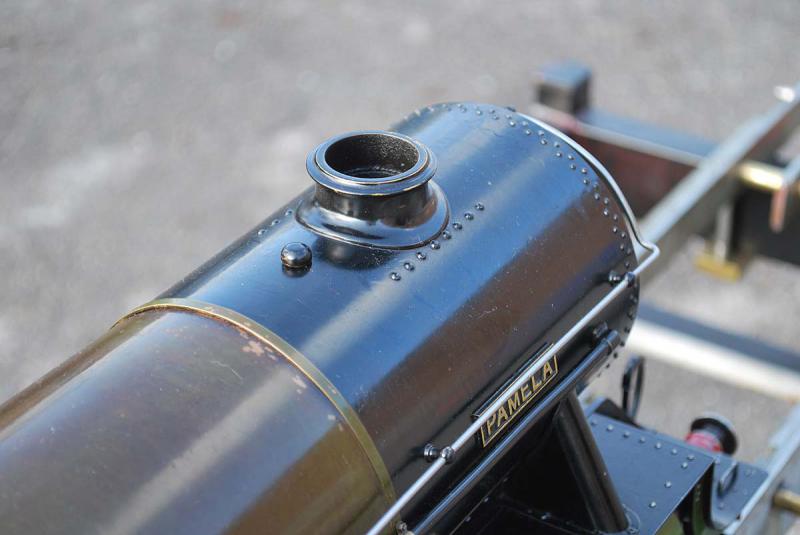 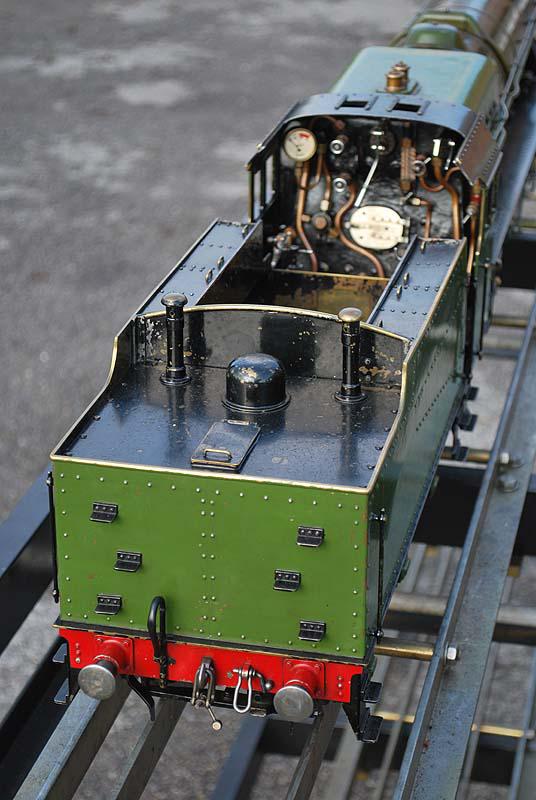 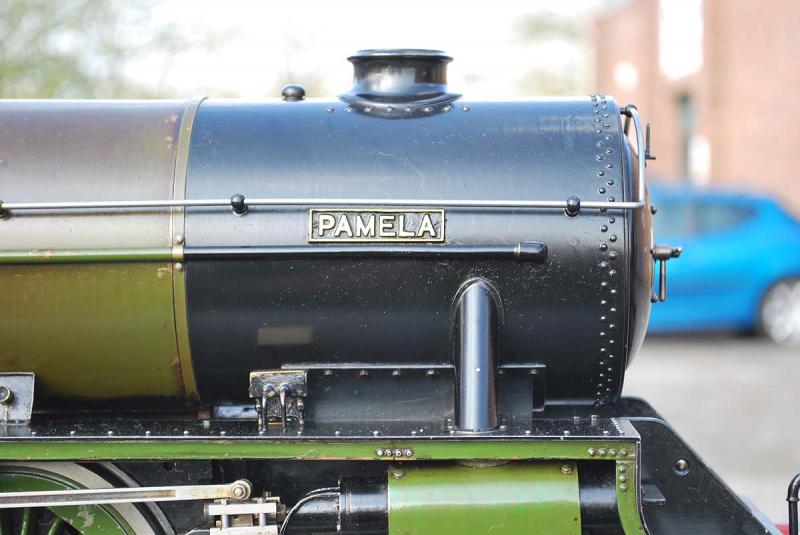 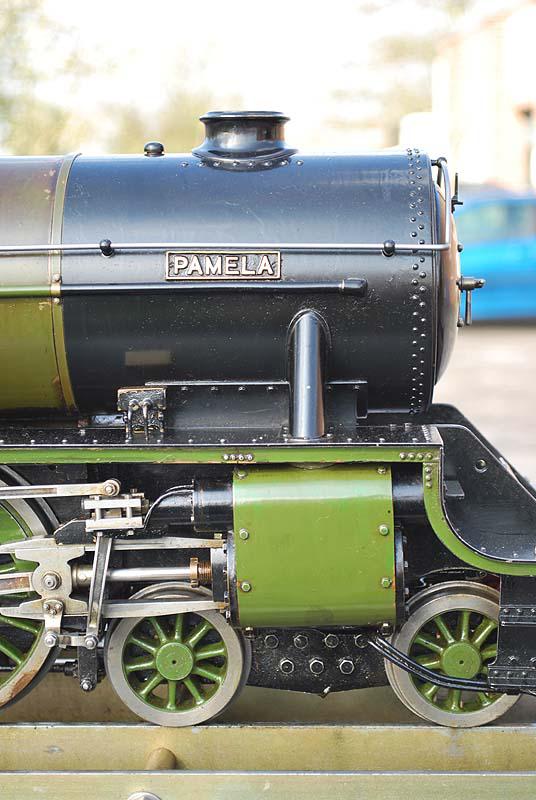 I grew up with the designs of LBSC - indeed started off building a "Tich". As I've got older - and owned many hundreds of engines of all shapes and sizes - increasingly I look at the older engines and wonder if we haven't lost something, even as the designs, materials and processes available to us get ever more wondrous. Given the amount of help available - from CAD to laser-cutting - I'm not sure there are more great engines being built today than there were fifty years ago. More detailed - yes. But really good, well put together engines - capable of performing as their designer intended, year in, year out at the club - no, I think they're as rare today as they've ever been.

This is such a well put together engine, a fine example of LBSC's freelance Pacific "Pamela". The work of a supremely talented builder - in fact his first engine and if you want to know what he was doing fifty years later you need to look here - this is an engine with pedigree, form and great history.

Completed in the early 1950s, while he was still a young, single man, the engine was a regular performer at his club. A sheaf of correspondence from the 50s and 60s records the high standing in which he and his engine were held by the club - regular requests were made for it whenever a gala or open day came along to bolster the motive power available, much comment was made about its performance and reliability, sufficient to take the club's "H.E.White Locomotive Competition Trophy" in 1963.

The engine is nearly sixty years old. It runs like a sewing machine, the motionwork is tighter and better fitted than many five year old engines we see. Even back in the 1950s, the builder's distinctive ideas were surfacing - the engine is mightily ballasted out with lead, it's a substantial two-man lift; the injector steam valves are fast action push-pull types, arranged on a manifold off the backhead; the motionwork and valvegear is mainly from silver steel, hardened and tempered which explains its extraordinary condition after fifty years of doing the job it was built for.

Silver soldered copper boiler with superheaters, 80psi working pressure, feed by twin injectors with hand pump in the tender. The injector water feeds are fitted with filters and removable plugs for when the engine is not in use. Gunmetal cylinders with piston valves actuated by Walschaert's gear with pole reverser in the cab. Mechanical lubricator.

Paintwork is original, it's generally good although the boiler barrel has darkened with heat over the years. It could be repainted - my personal feeling is that it's a lot quicker to remove sixty years of history than create it.

The engine is complete with a pair of substantial crates for locomotive and tender, an original general arrangement blueprint and a box of parts, spares and boiler testing plugs - all the paraphernalia associated with a long, productive running life.

The engine needs a pair of injectors - the originals have gone missing at some stage, almost certainly made by the builder as seen on his later engine. It's otherwise ready to use, in fine mechanical order throughout and still a highly capable performer. Jon had it in steam last week and was most impressed with it - there's a clip here.