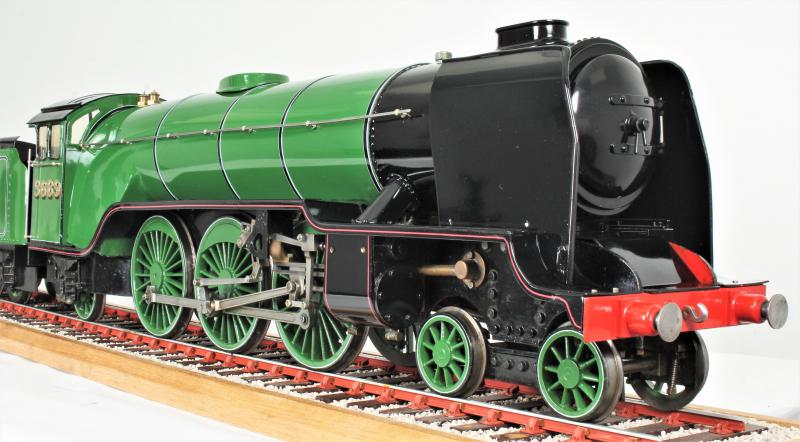 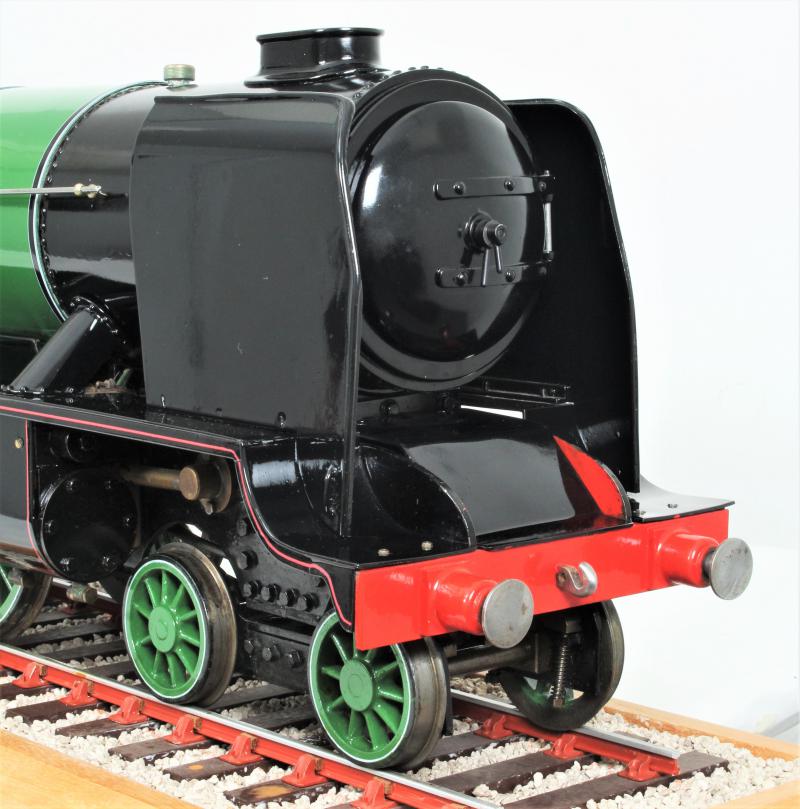 A well-turned out 3 1/2 inch gauge LNER three cylinder Pacific to LBSC's "Hielan Lassie" design, repainted and lined to a good standard in recent times and not apparently run since.

Its last owner kept it on display in his house, along with several other good engines including the Britannia "Royal Star" which we sold back in the summer.

There is some work to be done reassembling pipework in the smokebox which we assume was left undone at the time of the stripdown and repaint.

The engine turns over freely, but with no go in either direction on compressed air which finds a shortcut past either pistons, valves, or both.