Sold November 2009 Back to Archive 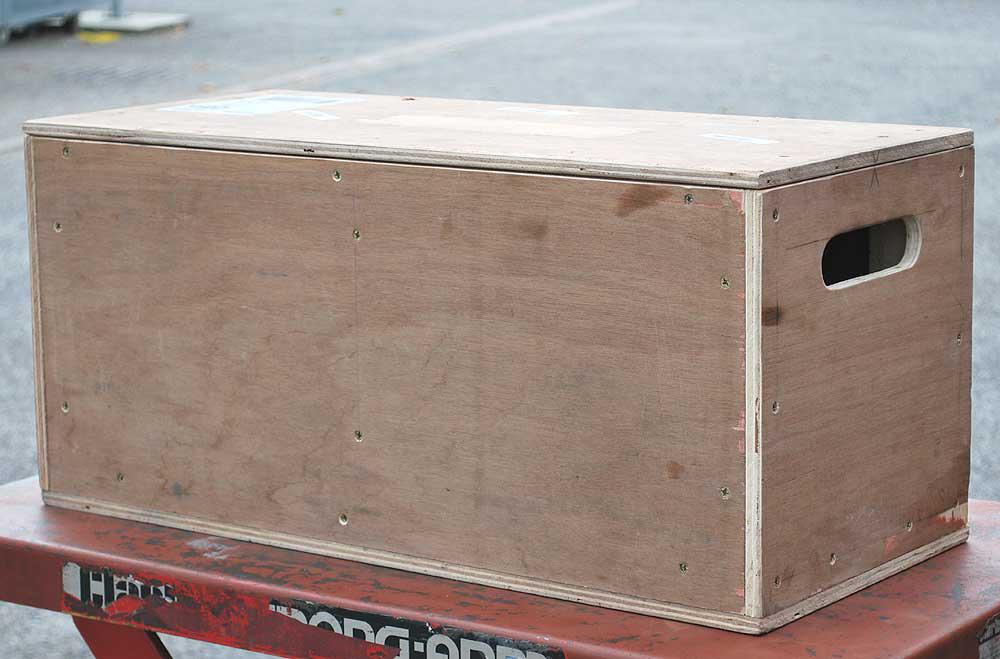 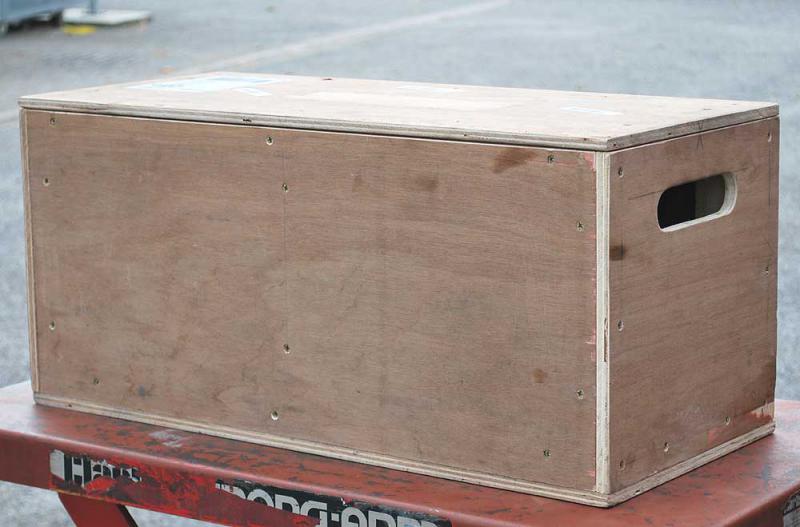 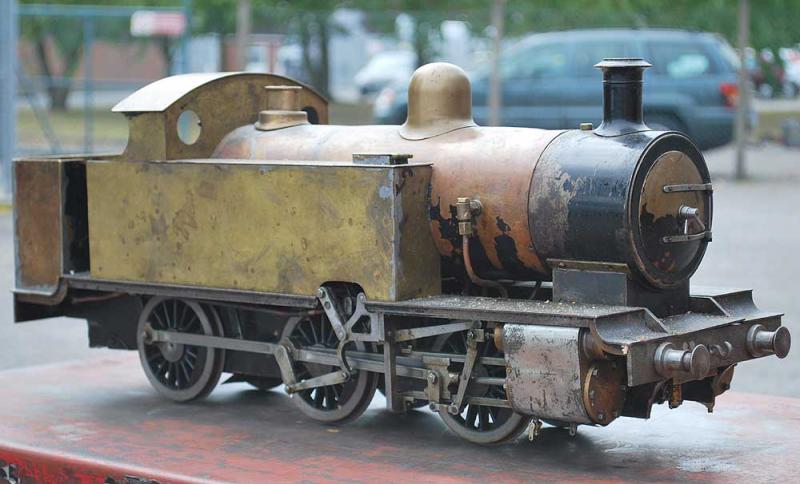 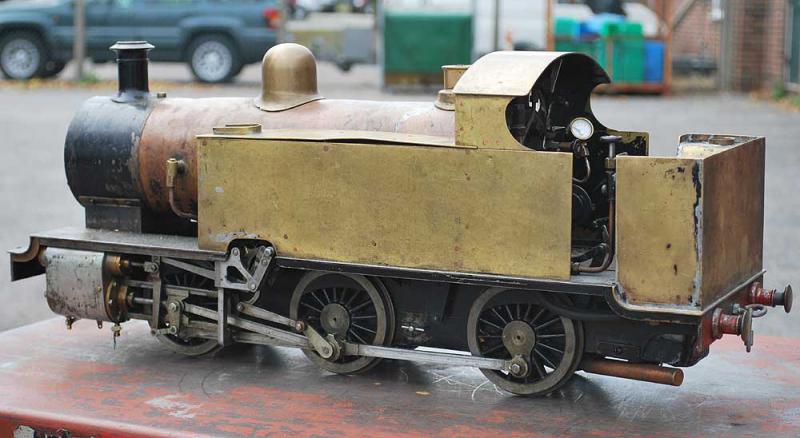 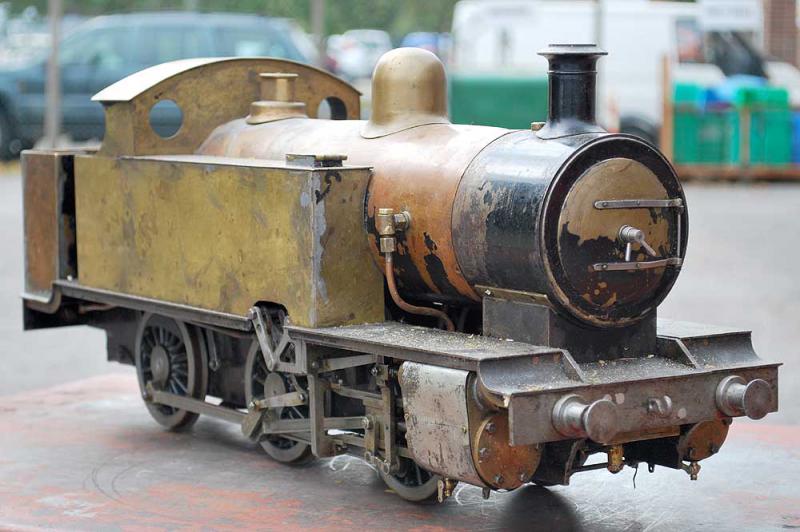 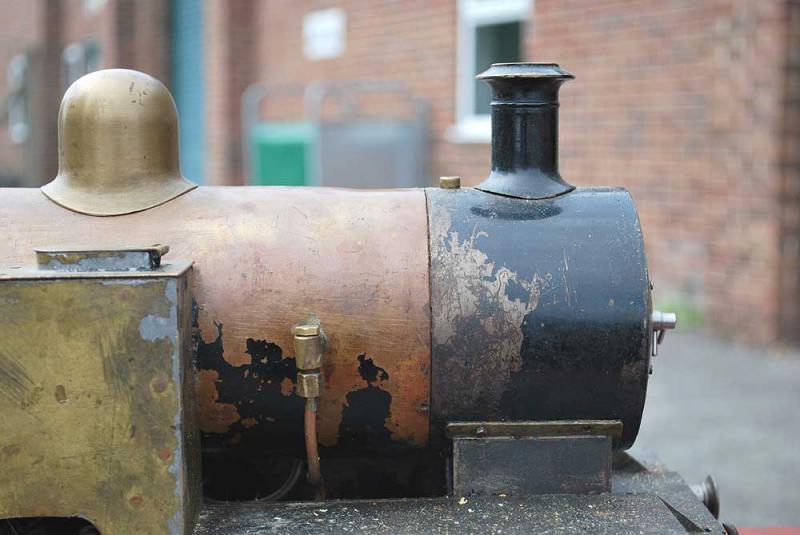 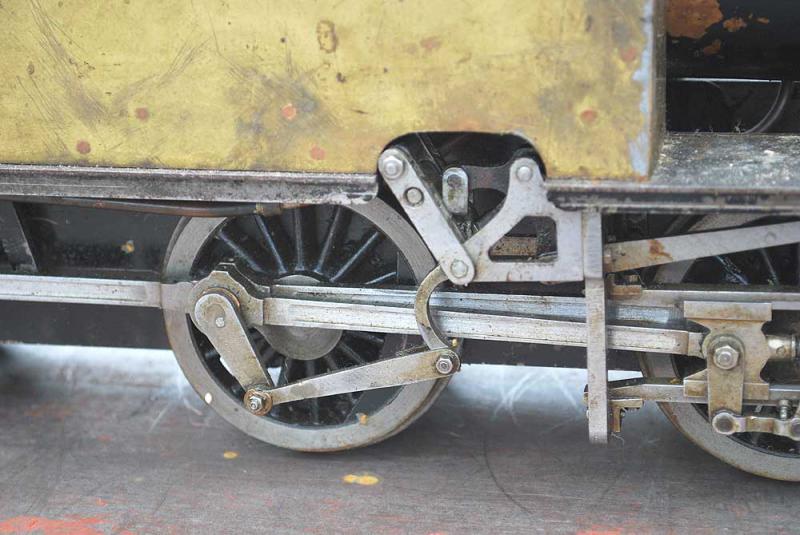 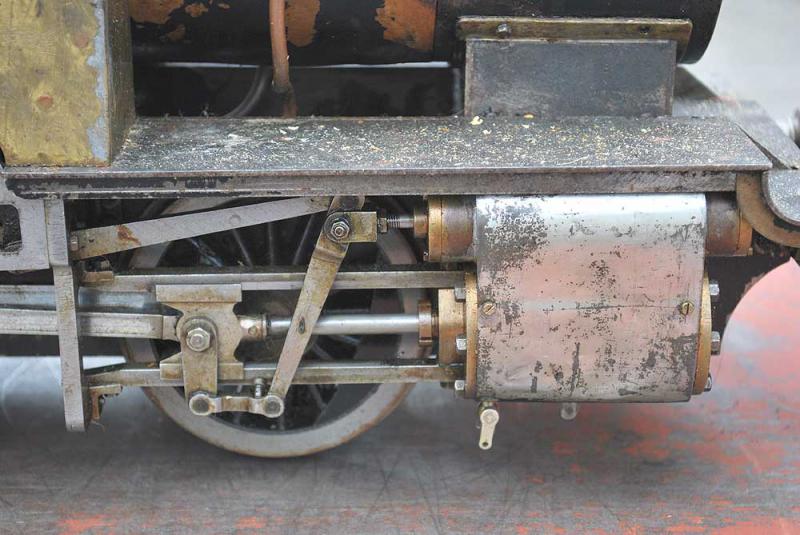 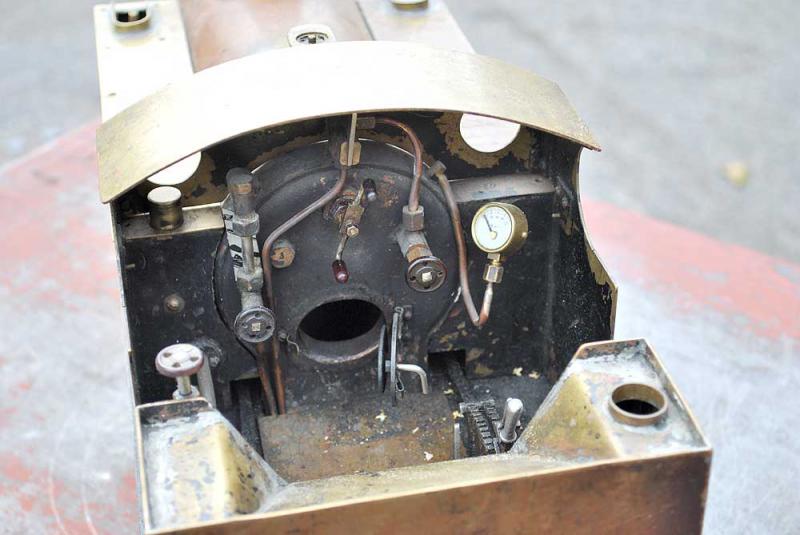 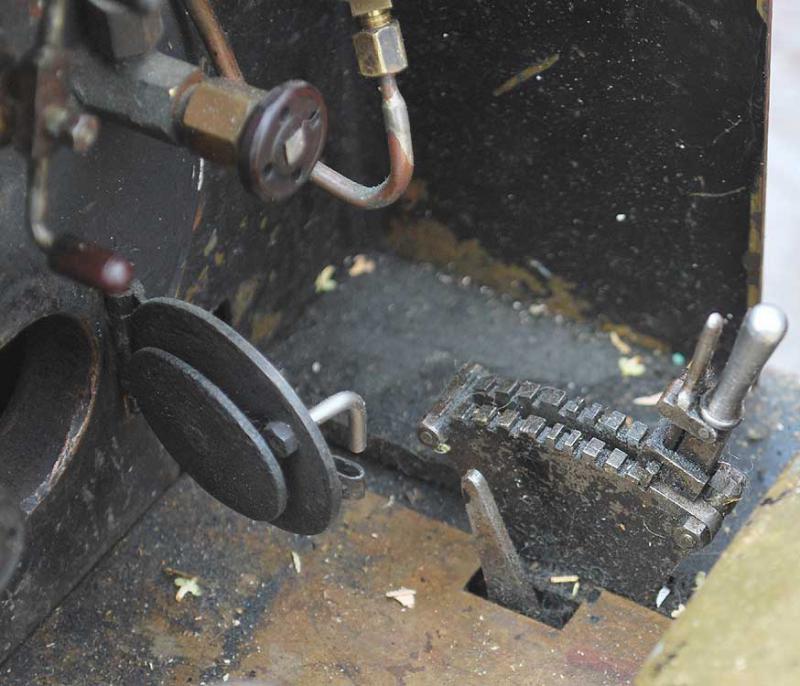 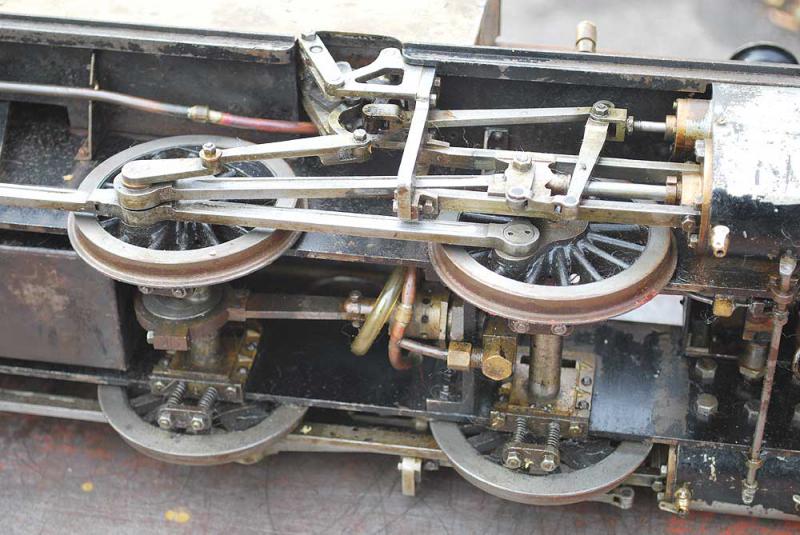 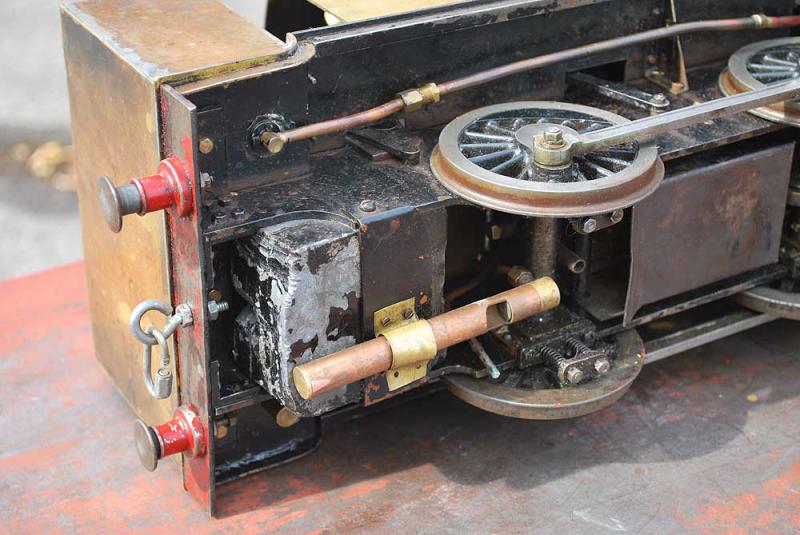 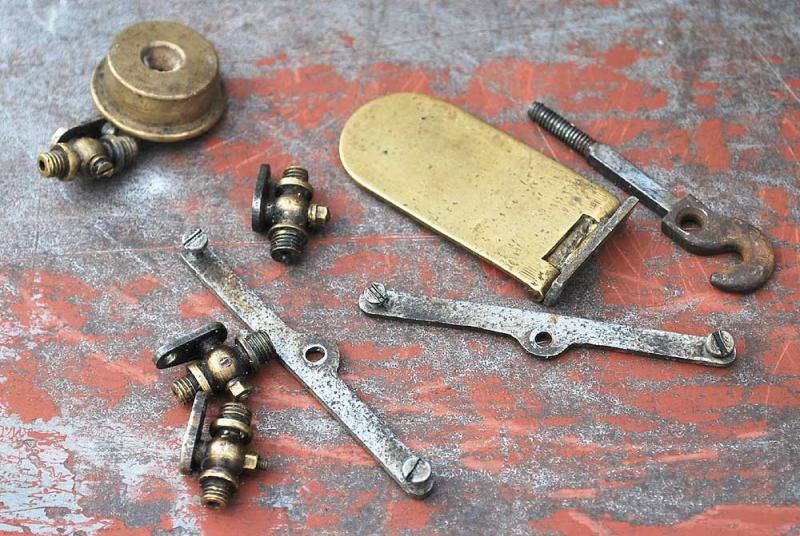 An old "P.V.Baker", LBSC's piston valve 0-6-0 with Baker gear. This one looks to have narrowly escaped an enthusiastic "strip down and overhaul" which would almost certainly have been the end of it.

As it is, this is a rather well-built engine - fit and finish of the motion was originally good and, somewhat surprisingly, doesn't show anything like as much wear you might expect looking at the rest of the engine. There is one broken off drain cock, but a set of what look like the originals are in the crate, along with some of the operating linkage. The lid of one side tank is buckled, where it looks like an attempt to prise it off has been made (we generally find removing the screws easier).

I think there's a lot of potential in this one - PVBs are not that common any more, it's one of the larger 3 1/2 inch tank engines LBSC designed and makes a capable club performer, even in 5 inch gauge company. Repainted and serviced, it would make a handsome engine.