Sold January 2009 Back to Archive 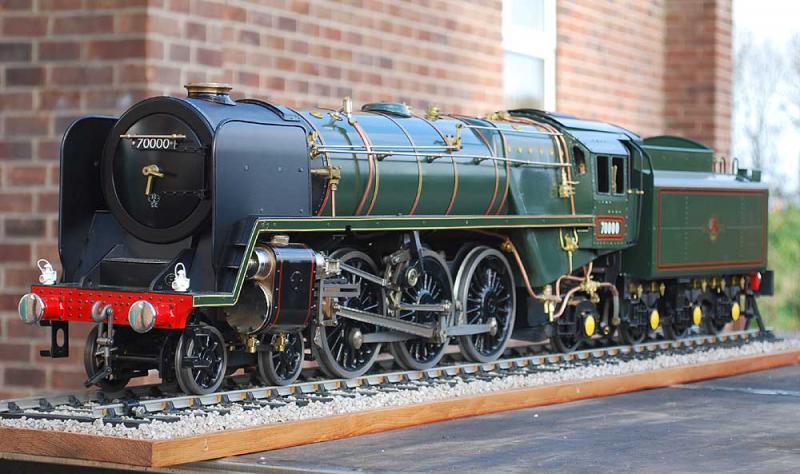 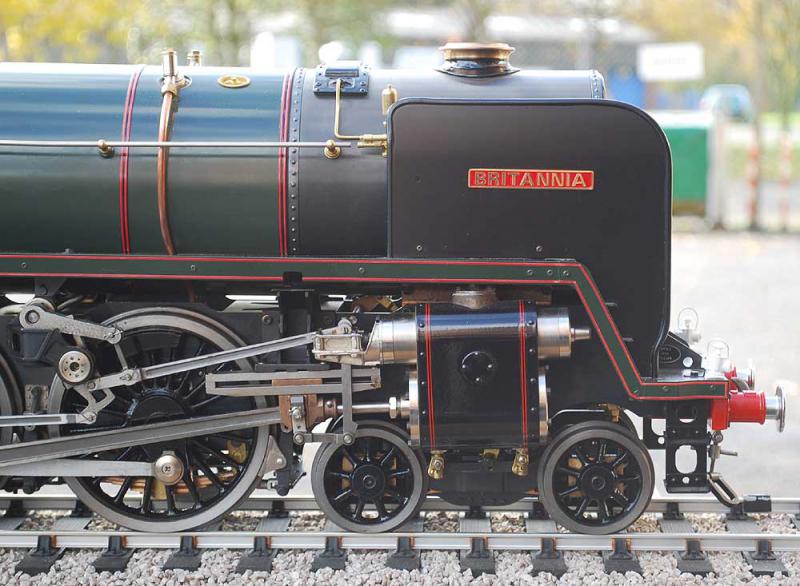 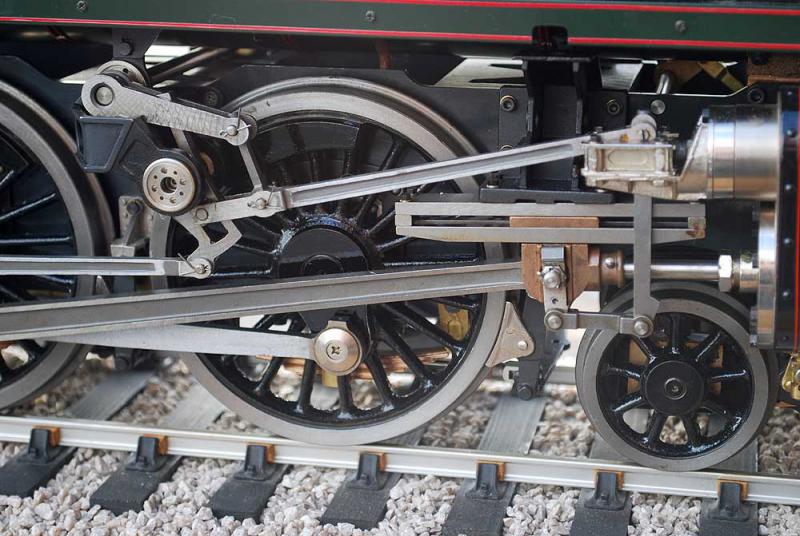 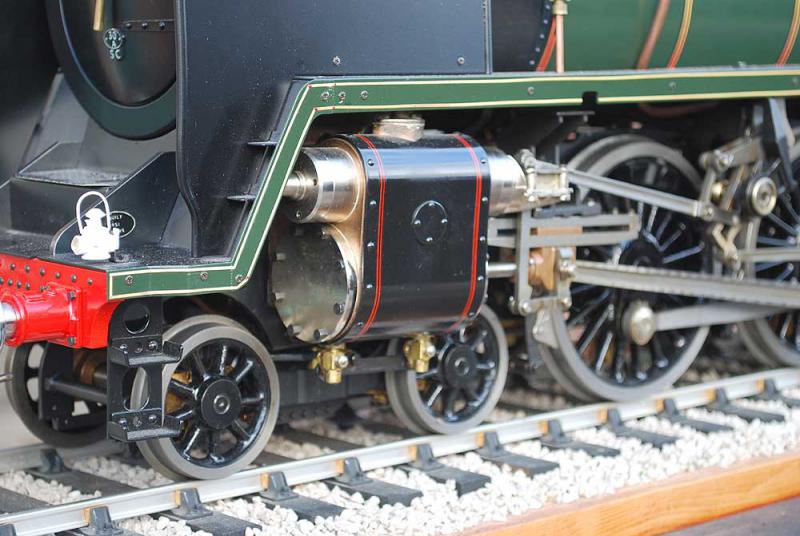 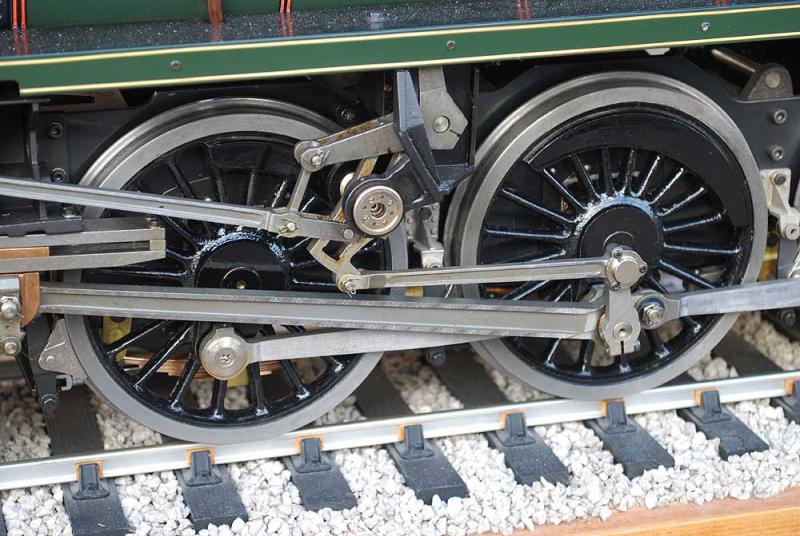 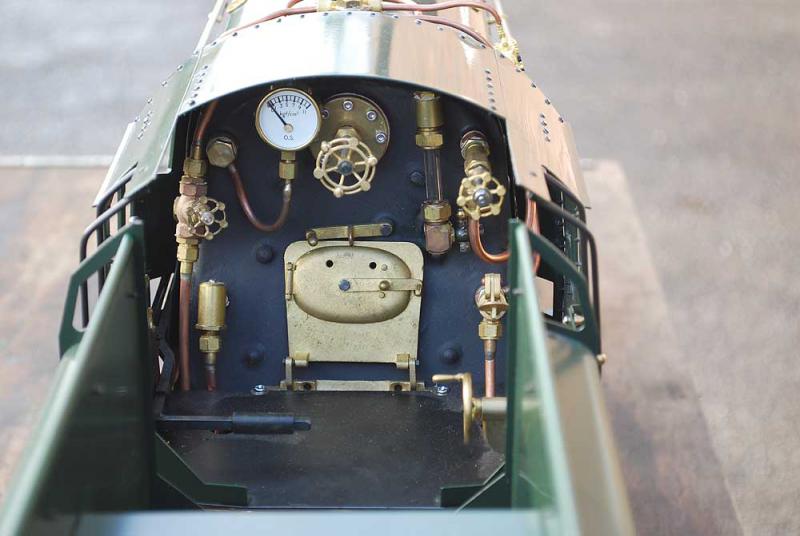 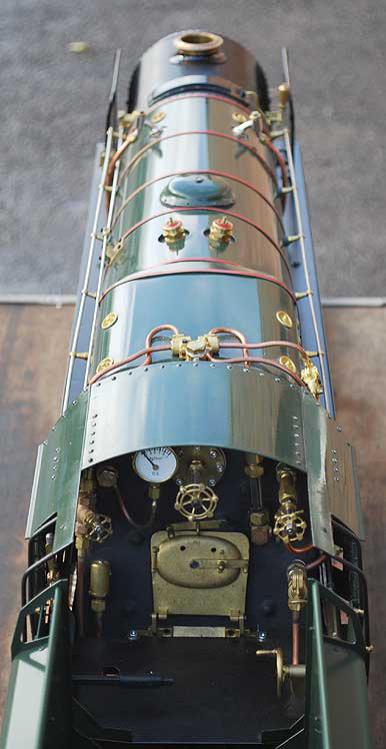 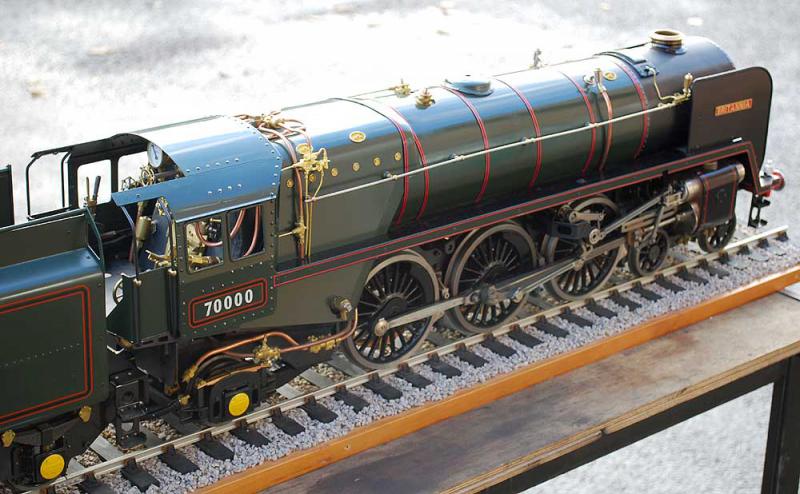 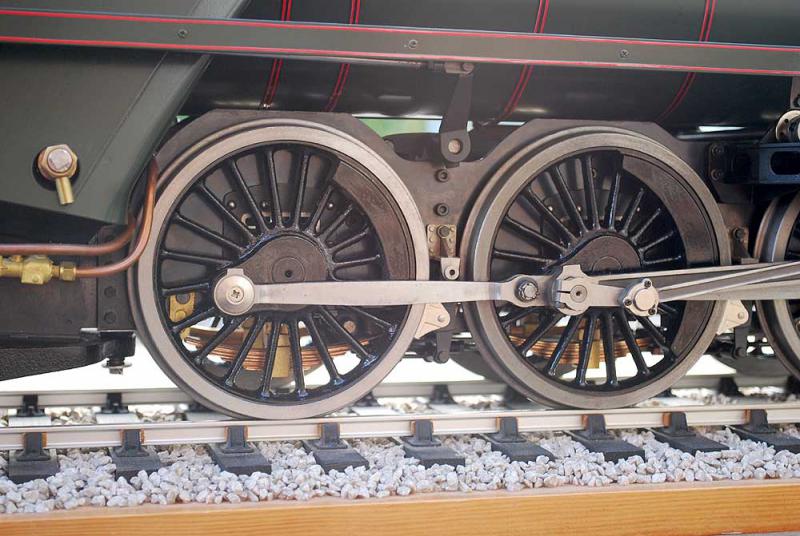 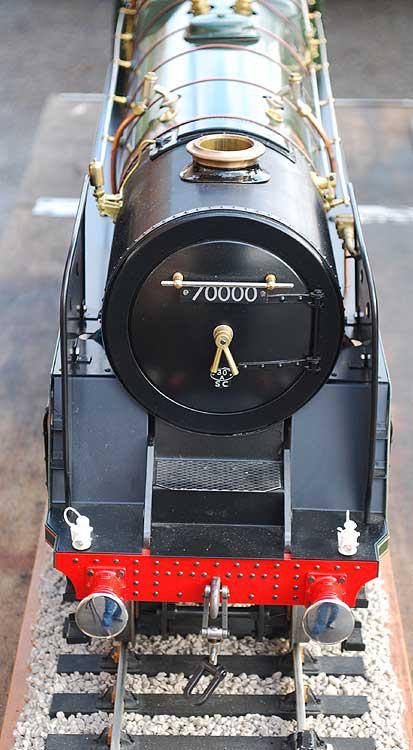 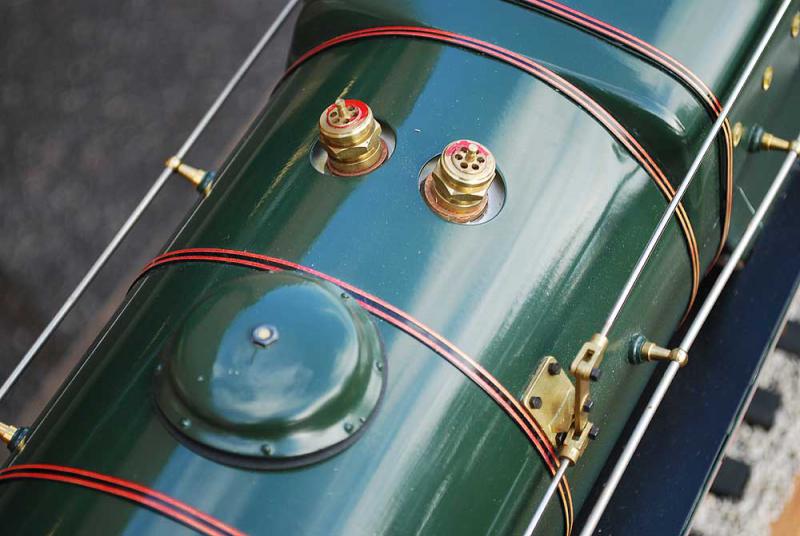 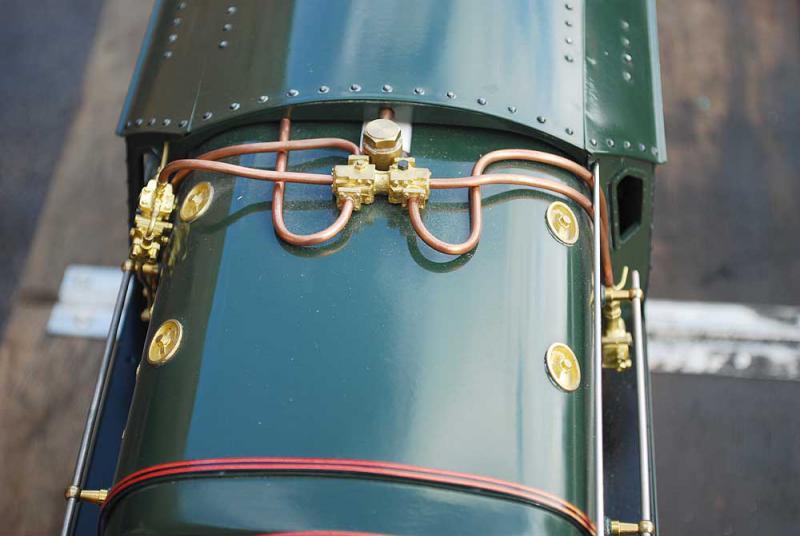 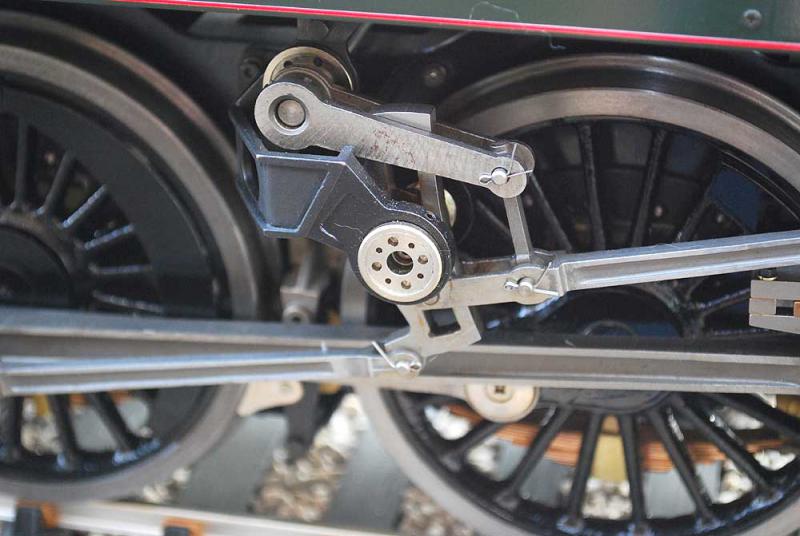 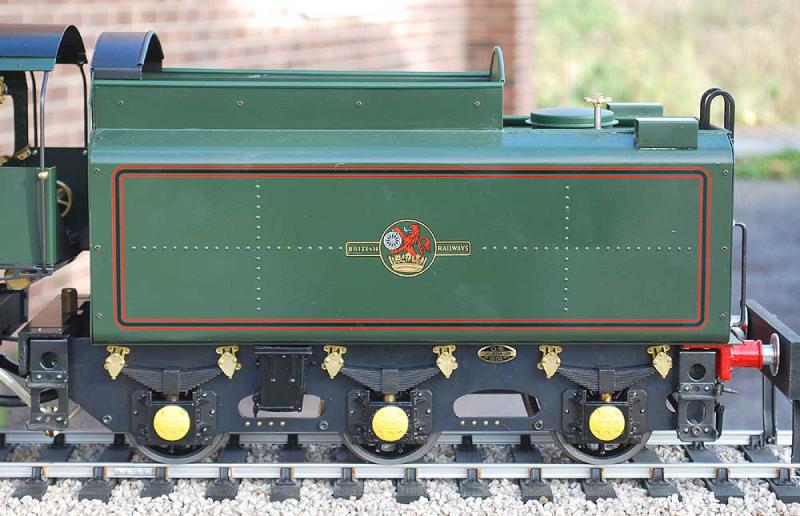 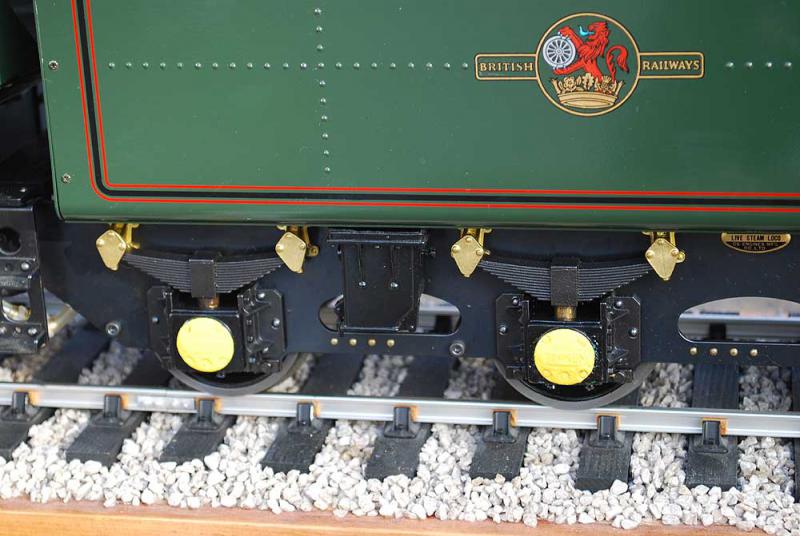 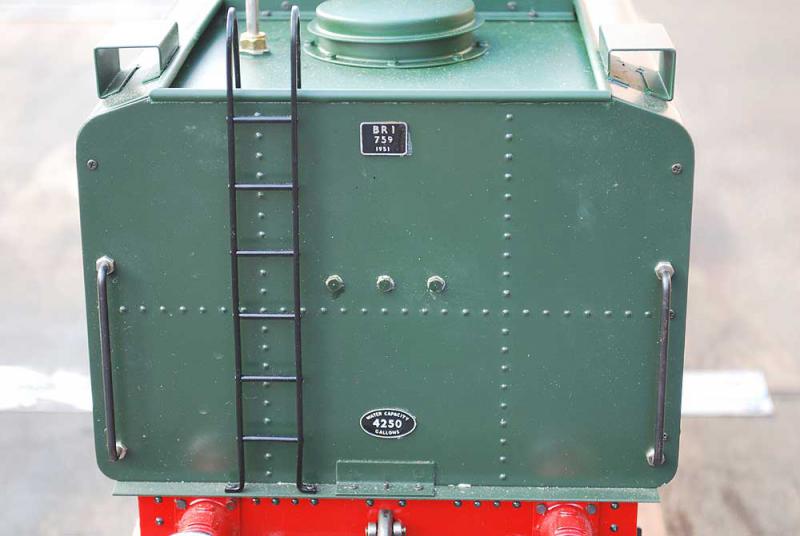 Shigeo Ogawa was a life-long model engineer, building his first steam engine on a flat-belt driven lathe in 1936 when he was nineteen years old. At the request of an American friend he designed and built a 1.6cc engine for a model aeroplane - such was its success that he formed a company using his initials as a name and went on to produce 200 of the "Type-1" engine. The company, OS, went on to become a world-leader in model IC engines, produced in two stroke, four stroke and rotary forms for a wide variety of planes, cars and boats.

This is a 3 1/2 inch gauge OS-produced Britannia. It has been carefully assembled but never steamed - it is in pristine condition, having spent its life on a length of display track under a fitted perspex cover.

Gunmetal cylinders with piston valves actuated by Walschaert's valve gear with pole reverser in cab. All axles and the connecting rods run on needle roller bearings.

The engine comes complete with a fitted perspex case, parts list, assembly and operating booklets. OS still list the Britannia in their range of models along with several other locomotives in both 3 1/2, 5 and 7 1/4 inch gauges. Current price for the kit is 10499.