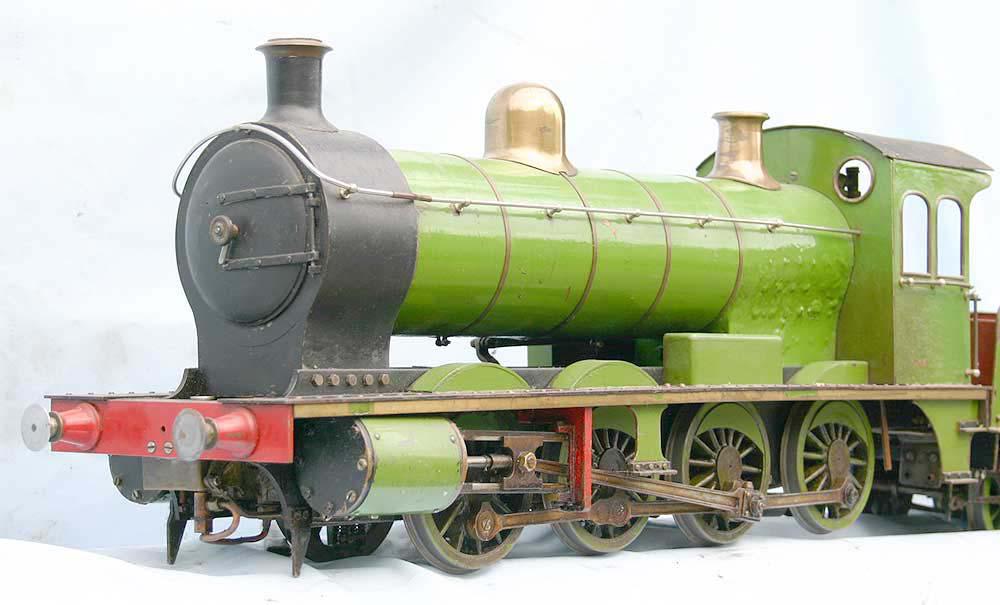 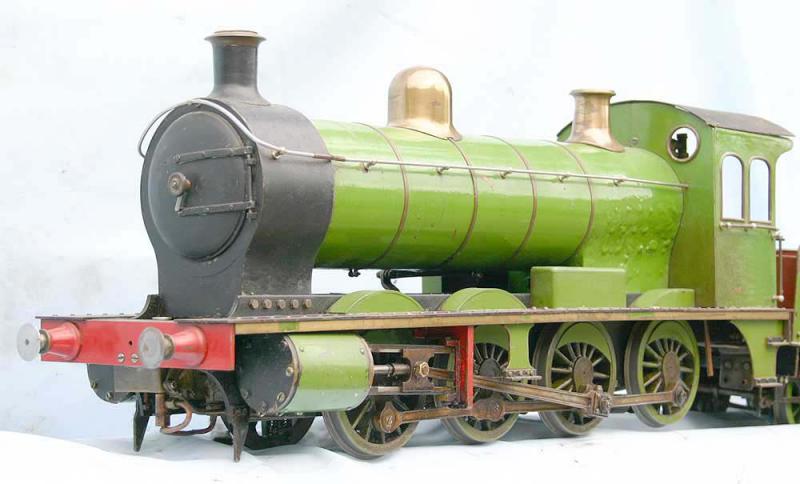 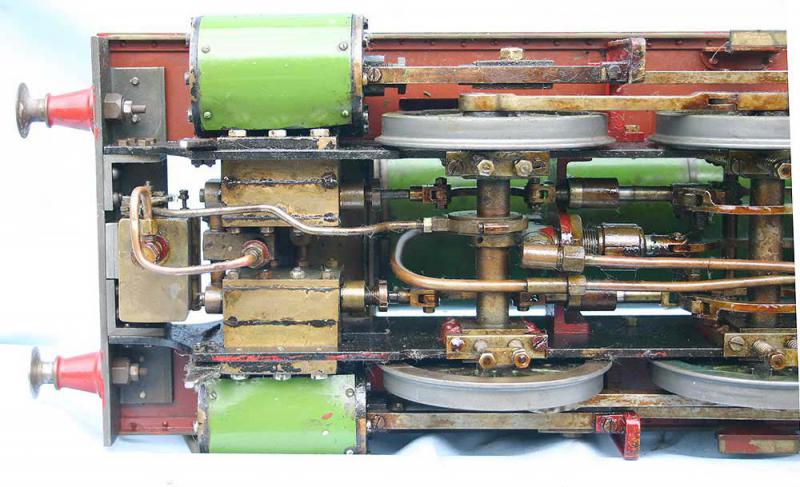 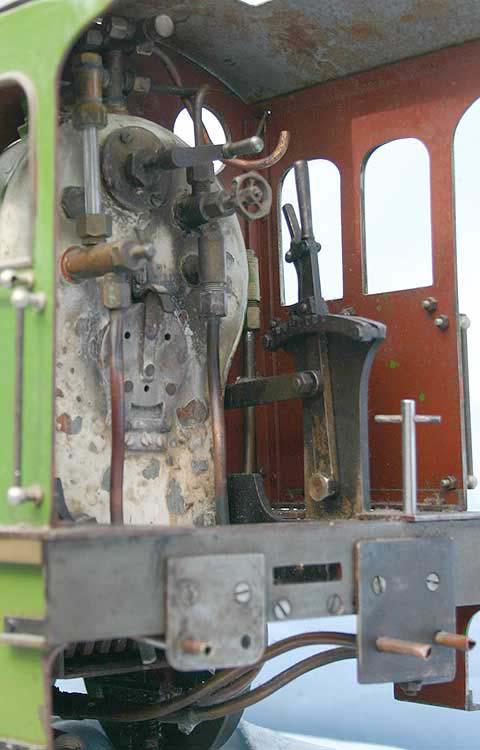 Another LBSC design, based on the North Eastern 'T' class tender engines. Over seventy when he designed this model, Lawrence showed that none of his faculties were diminished by describing the build in 1 1/4, 1 3/4, 2 1/2, 3 1/2 and 5 inch gauges simultaneously. It has proved to be a popular design with many engines built, though mainly in 3 1/2 and 5 inch gauges.

Stephenson's valve gear with pole reverser in the cab actuating slide valves between the frames. The valve rods have a rather meandering route from eccentric to valve spindle, with several axles to bypass on the way! The boiler is in copper, coal-fired with superheater, fed by an axle pump. The connecting and coupling rods are nicely made, fluted with well-executed knuckle joints and accurately quartered wheels.

The engine is complete and runs freely, although the pressure gauge syphon requires a new nipple soldering on.