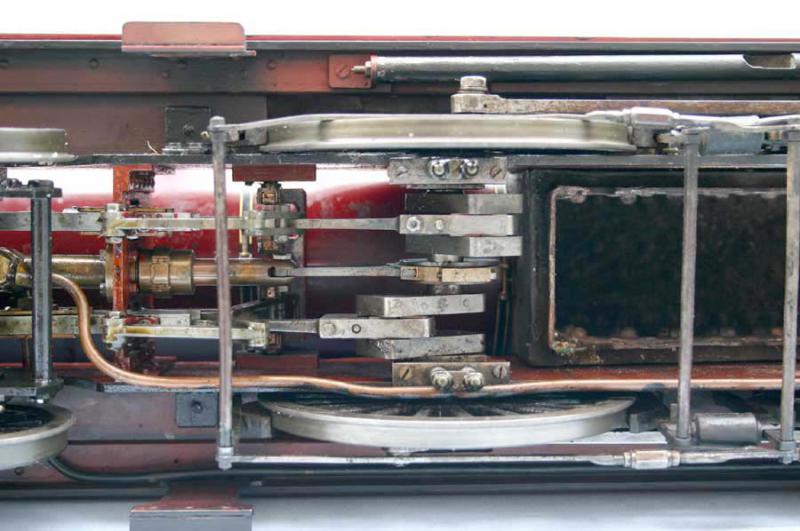 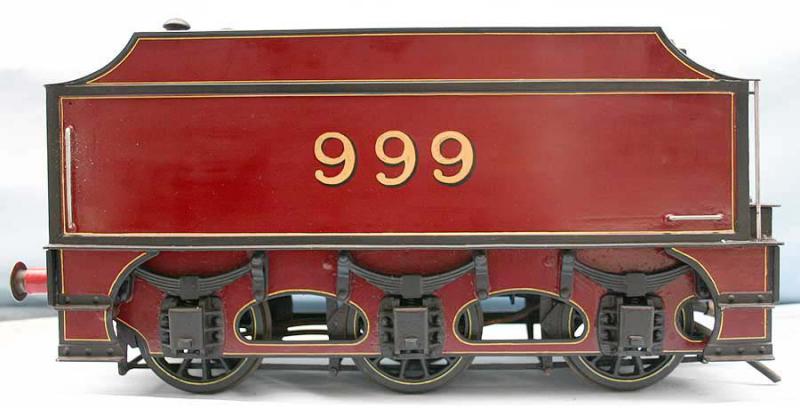 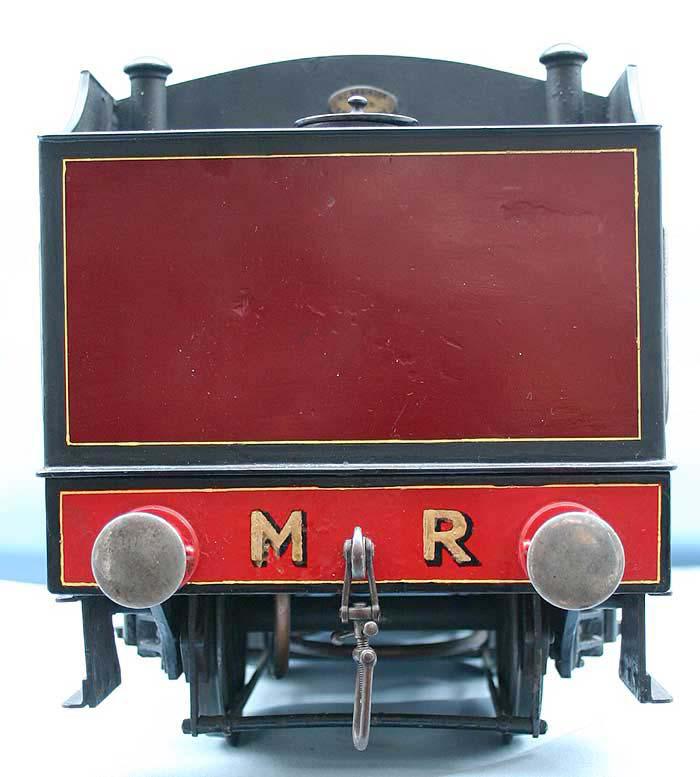 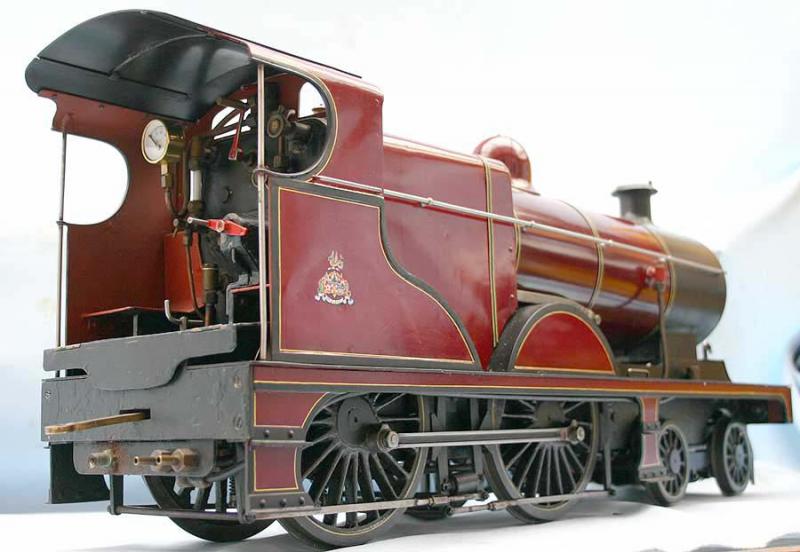 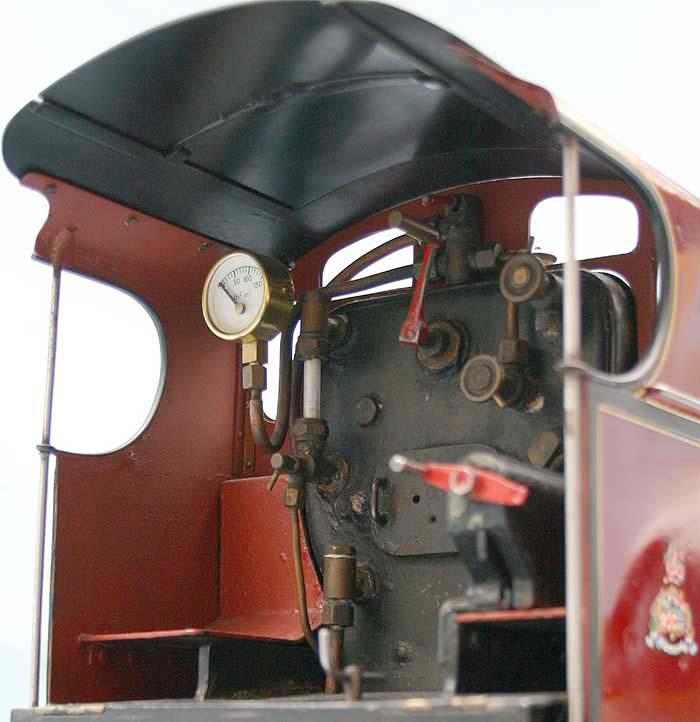 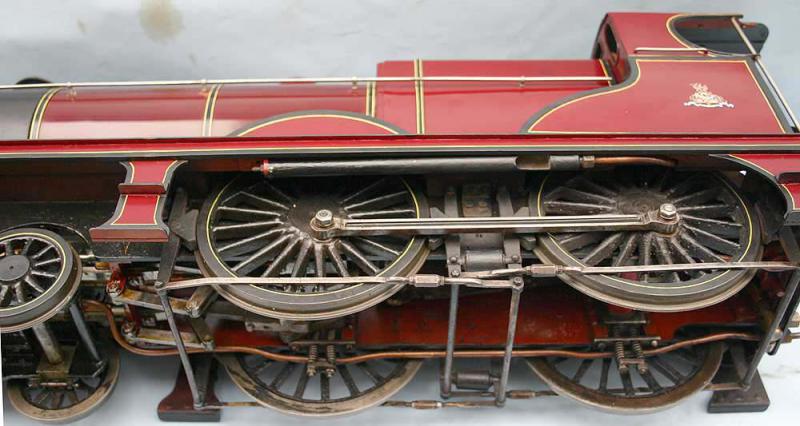 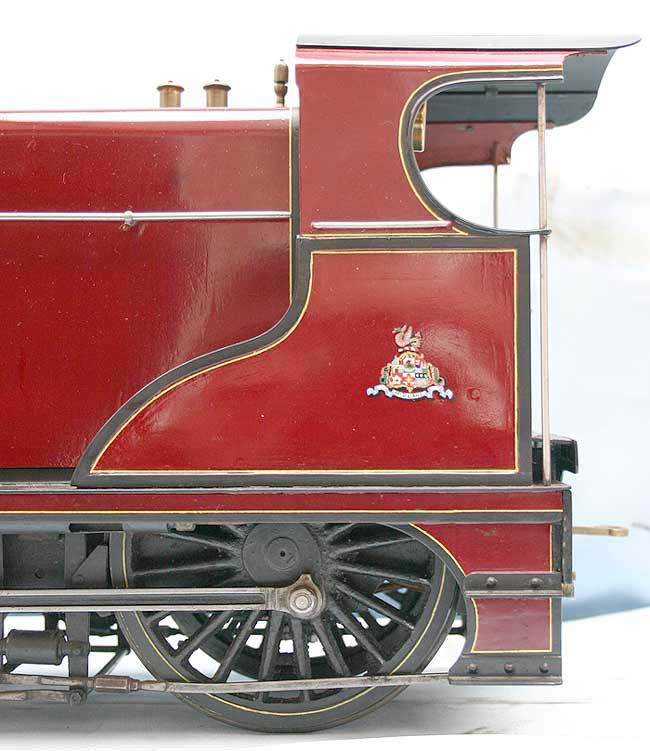 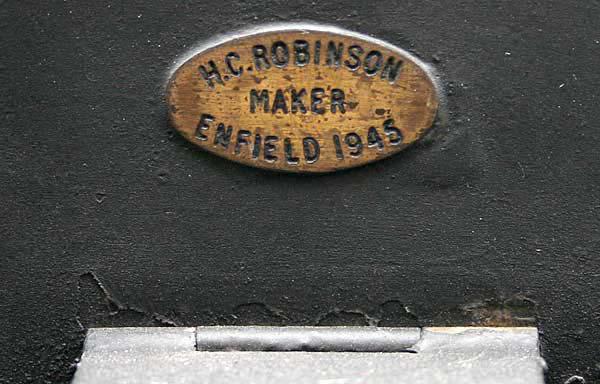 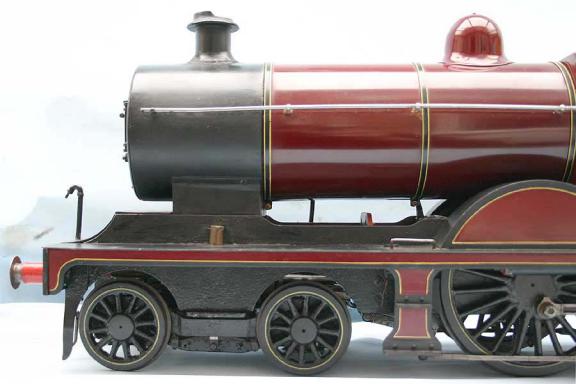 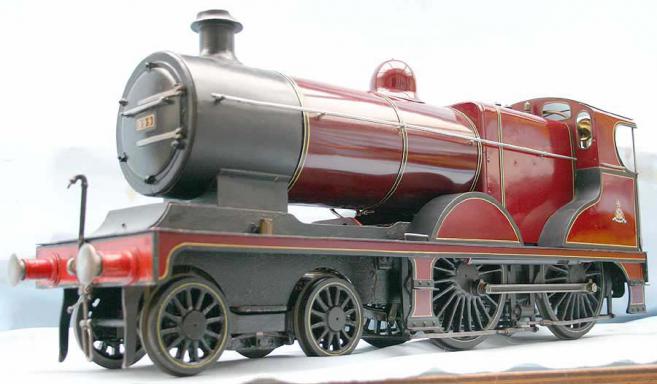 In 1907 Deeley, the Midland Railway's CME, designed an inside cylinder 4-4-0 for comparison trials with the then-current 3-cylinder compounds. Built at the Midland's Derby works, 999, the first of the class, was originally turned out with a saturated boiler and set to work on the Leeds-Carlisle line. An elegant-looking engine owing much to Johnson's legacy of small 4-4-0s which were frequently used double-headed, the new design was found to have little advantage over the compounds. The class eventually totalled ten engines, rebuilt with superheated boilers under Fowler's regime - all were withdrawn by the end of the 1920s.

A very nicely-built older model carrying a plate on the tender "H.C.Robinson, Maker, Enfield, 1945". Exceptionally well painted in lined out crimson lake, sign-written tender and buffer beams, with the correct type numberplate on the smokebox door.

A rather elegant and rarely-modelled engine, this model is well-made and authentically-detailed, from working leaf springs in the front bogie to the distinctive double spectacle cab. It is in good working order, but would be equally at home on display (indeed it was handsome enough to get the Mrs P seal of approval, so it's currently in the dining room in the spot recently vacated by a good Liverpool & Manchester "Lion").

My father called this afternoon, having been speaking to an old friend of his, George Barlow, legendary locomotive superintendent of the Romney, Hythe & Dymchurch, long-time friend of LBSC (and owner of the Inspector Meticulous "Fayette") and a prodigously knowledgable authority on all sizes of model locomotives. They fell to talking about "999" (Dad and I having talked about it when the engine came in) and George recalled first seeing a 900 class engine going through Nottingham in 1926. Having given chapter and verse on the salient design points of the class (and I know from talking to him myself, technical detail is available on instant recall - this from a man well into his ninth decade!), George then mentioned that he'd once seen a very nice model of one built during the war by a chap in Enfield. I hadn't mentioned the builder's plate to father, but after a few minutes George came up with "Harry Robinson - that was his name. He built two other locomotives, a Lickey Banker and a GWR Dean Goods, all in 3 1/2 inch gauge. Each carried his maker's plate, although one engine was bought by a gentleman (my word, not George's!) who removed it and claimed the build as his own".

If only my mind works like that in forty years time. In fact, I 'd settle for it working like that now...