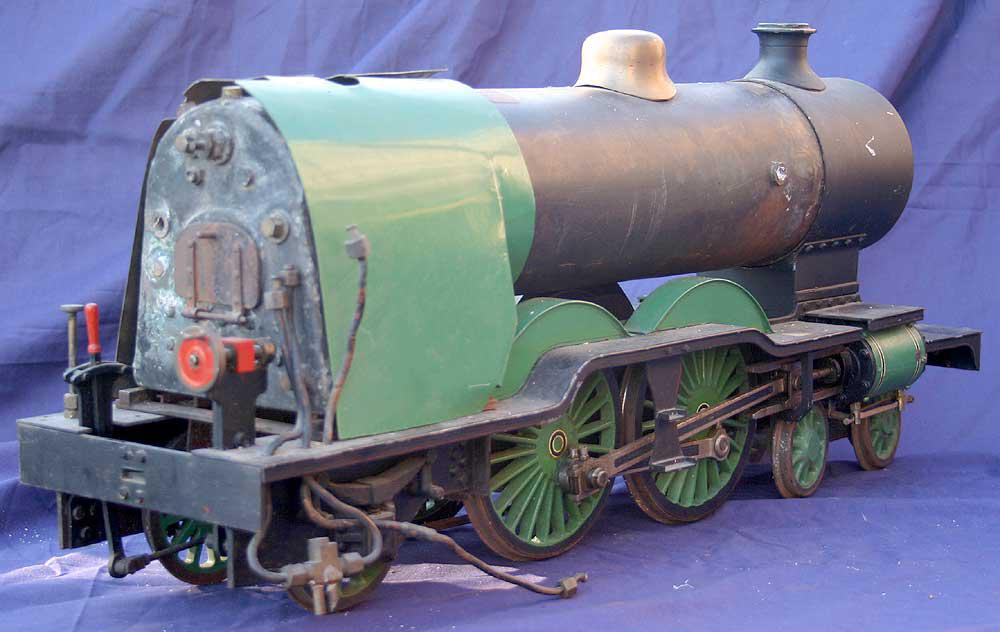 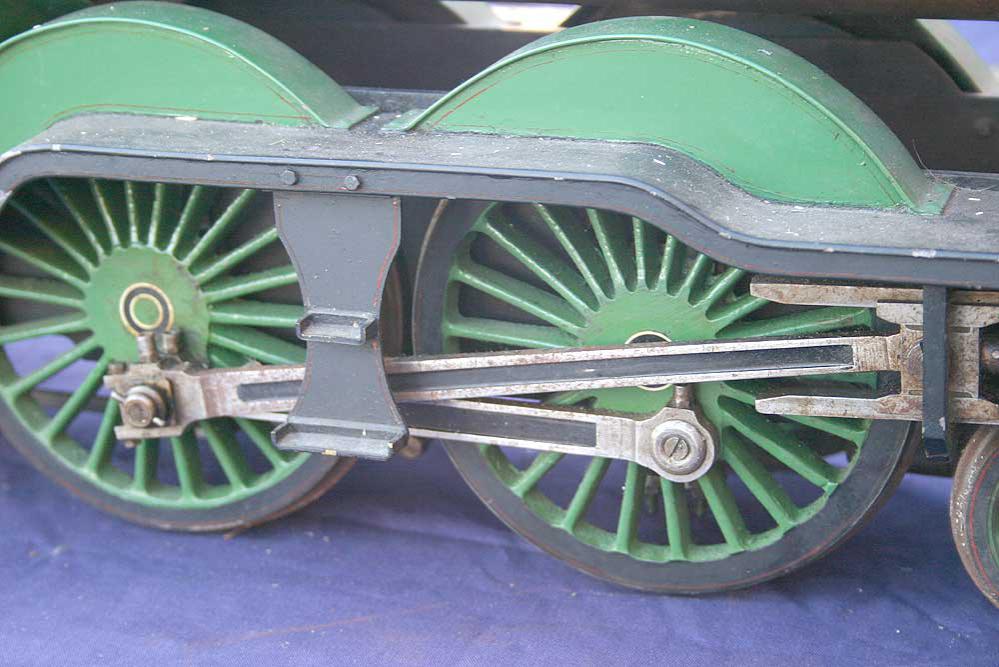 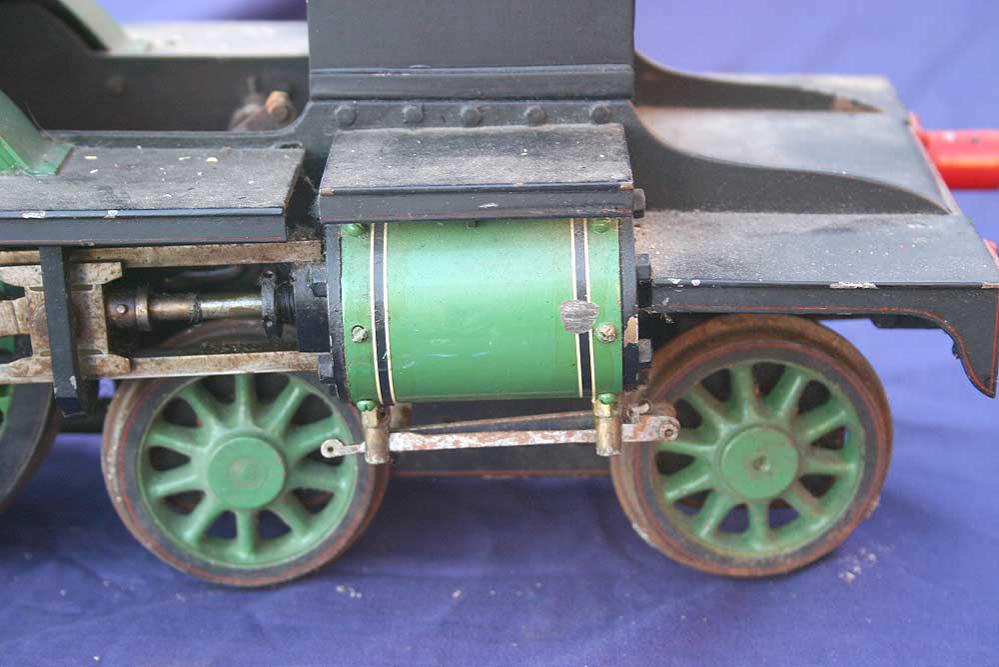 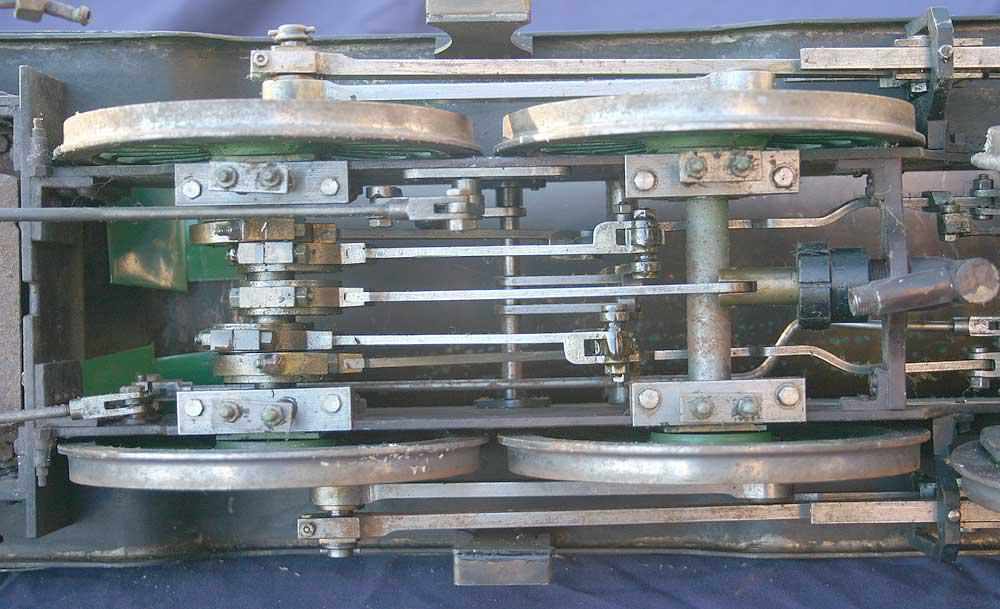 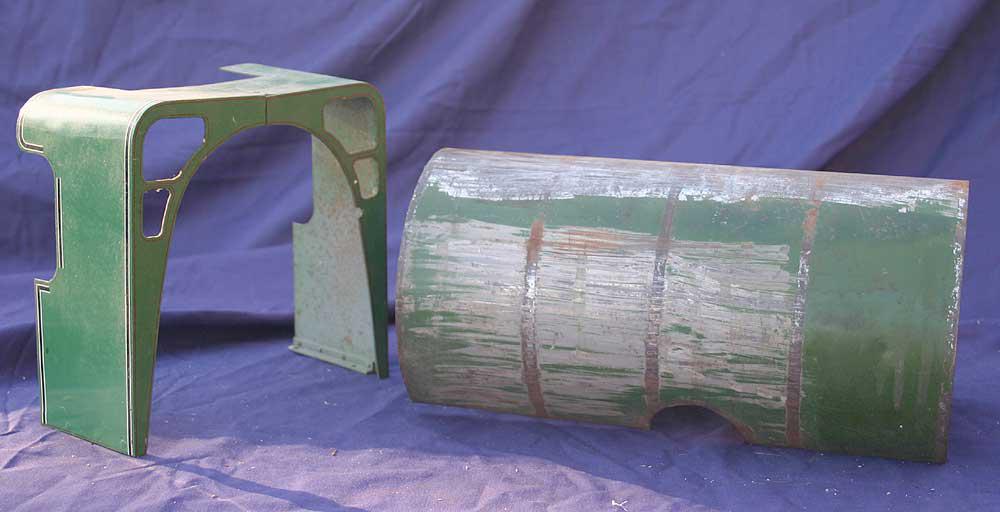 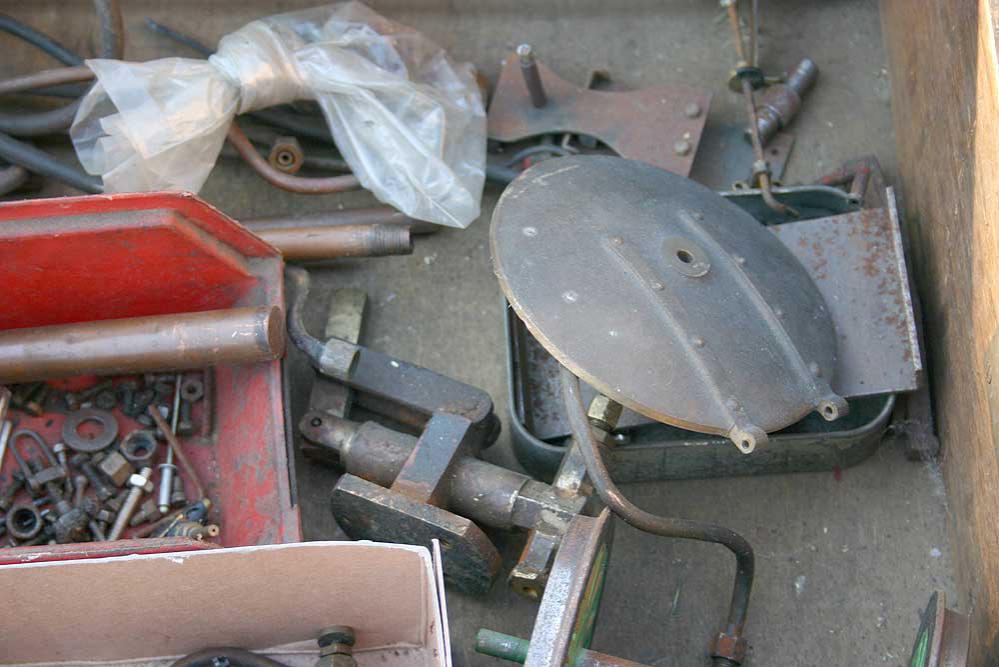 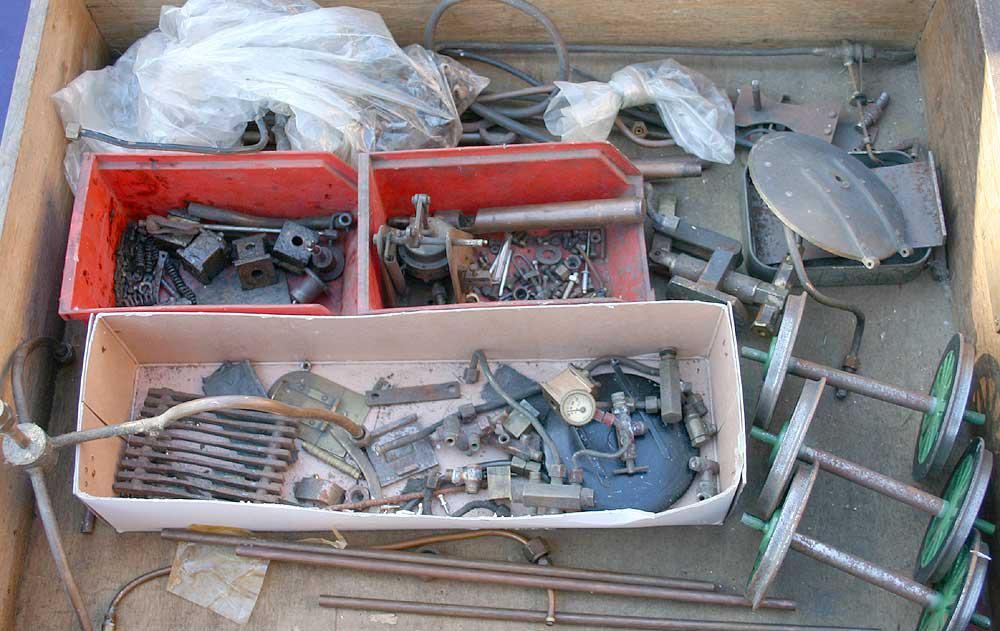 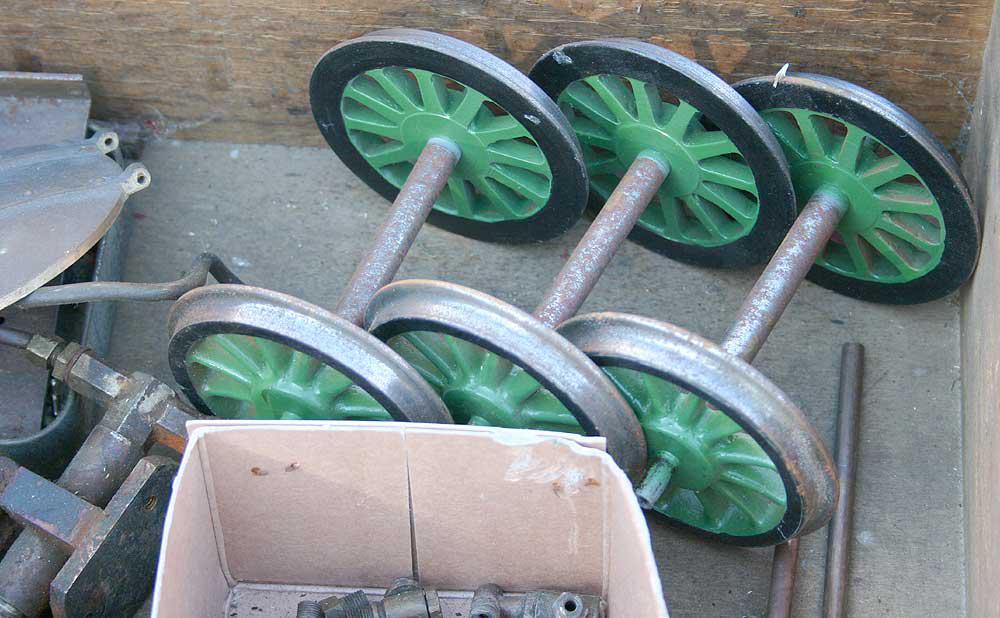 Another one of those "quick restoration jobs" that started and ended twenty years ago. Within these boxes lies a rather well-made 3 1/2 inch gauge Atlantic to LBSC's "Maisie" design (probably one of his best, speaking as a rather biased Maisie owner). Mercifully the overhaul didn't get down as far as the chassis, which remains complete and in running order. The tender has been pretty comprehensively stripped, including the paint - the intervening years in a damp shed haven't done the looks of it much good.

The boiler has had a hydraulic test and is sound, all dismantled parts for the engine appear to be in the box - it looks like a winter repaint and assemble job.