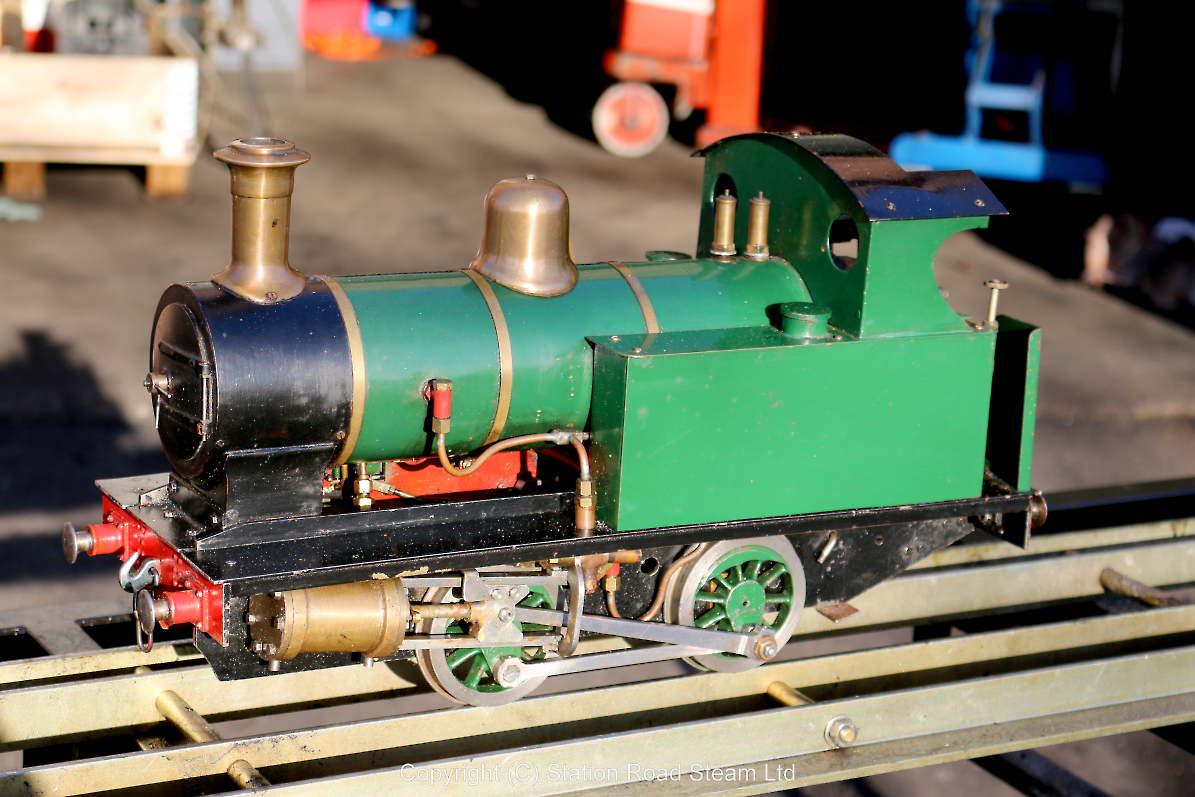 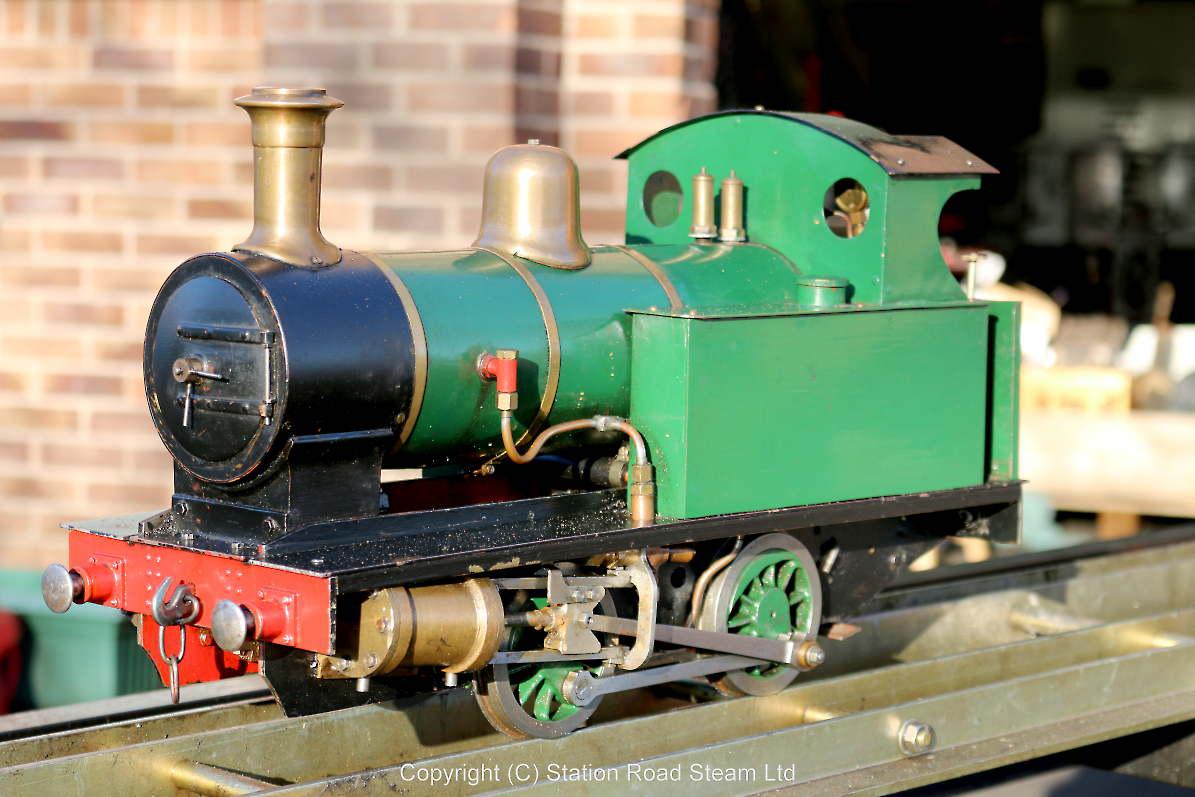 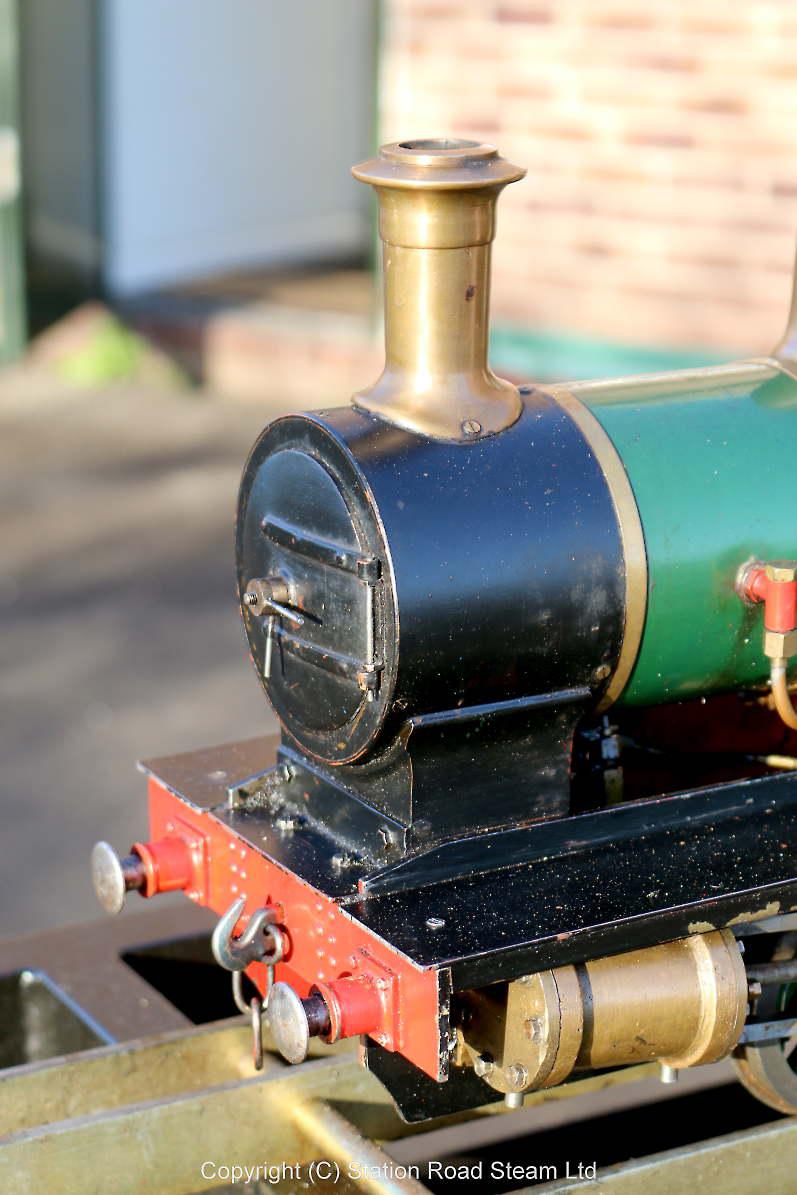 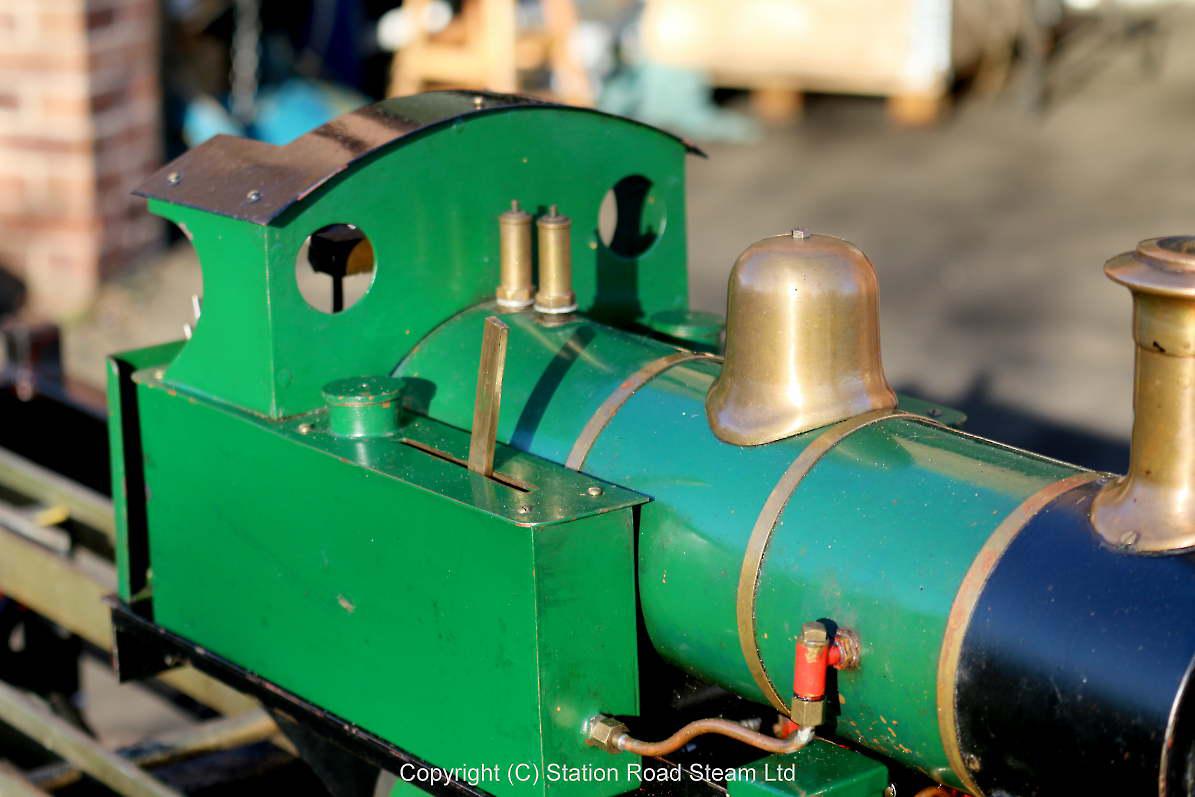 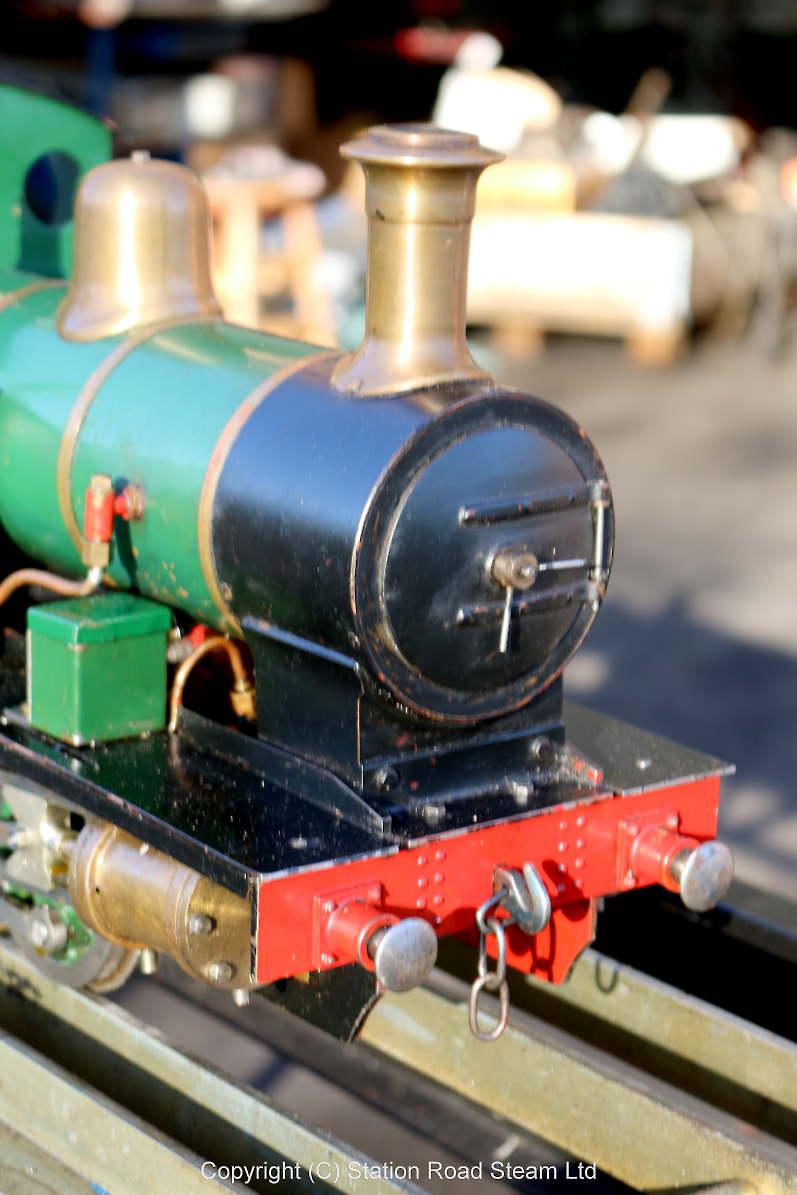 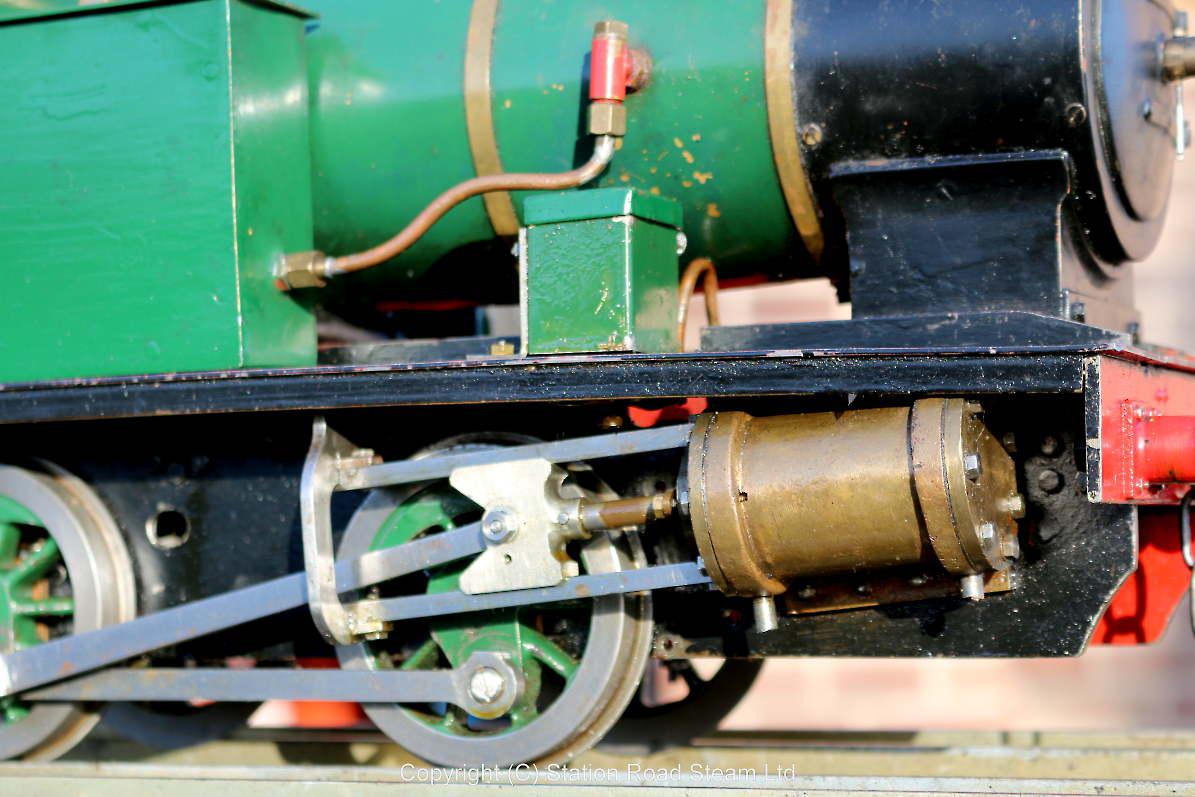 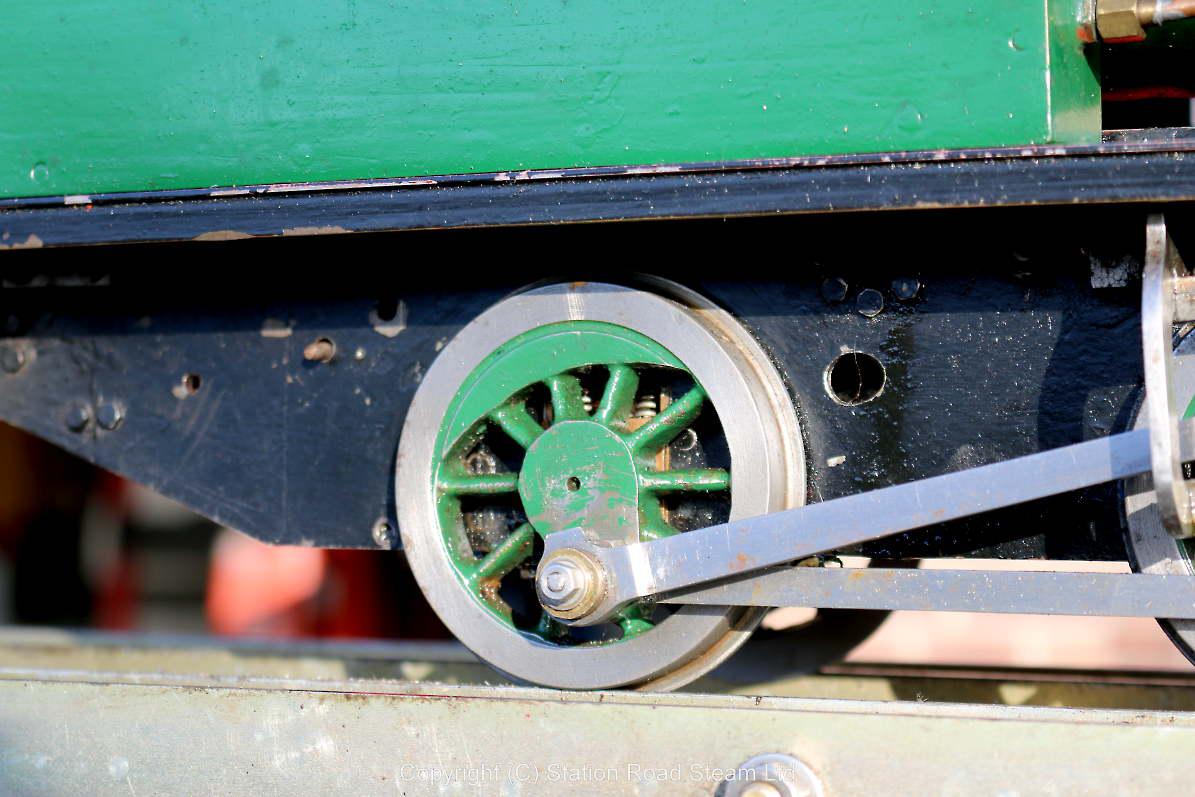 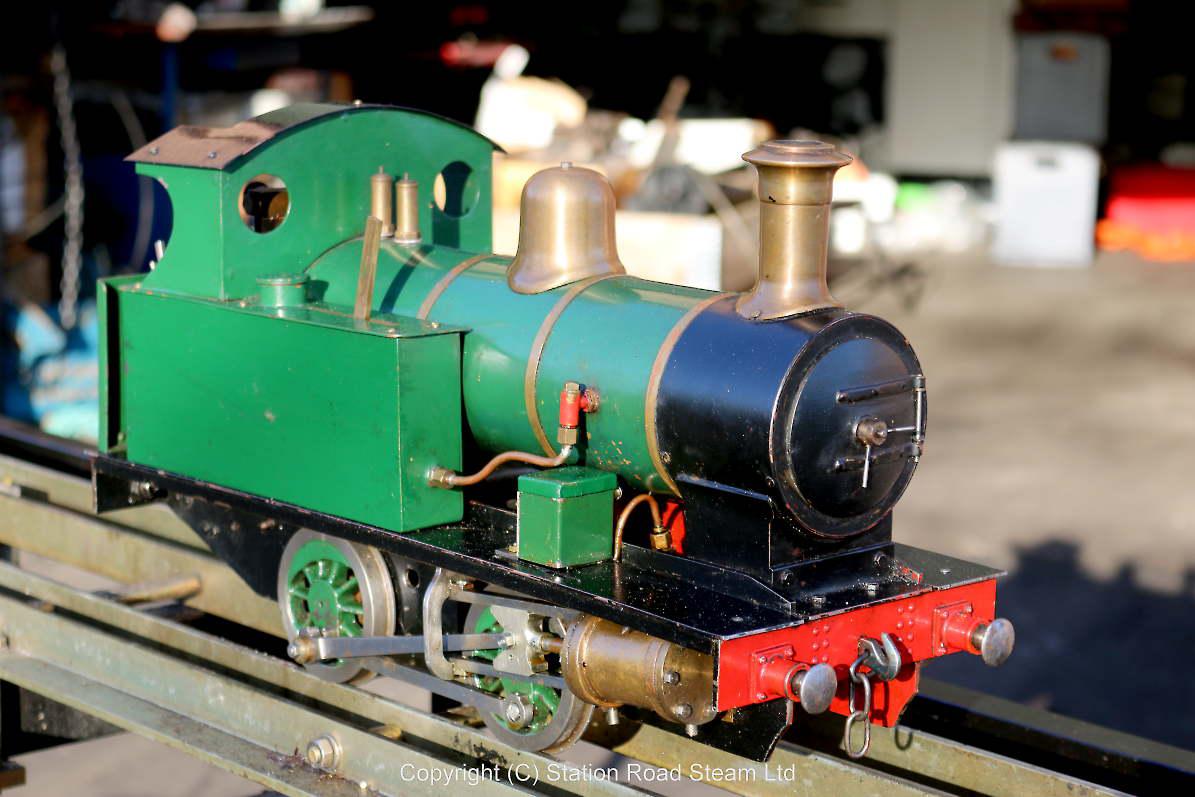 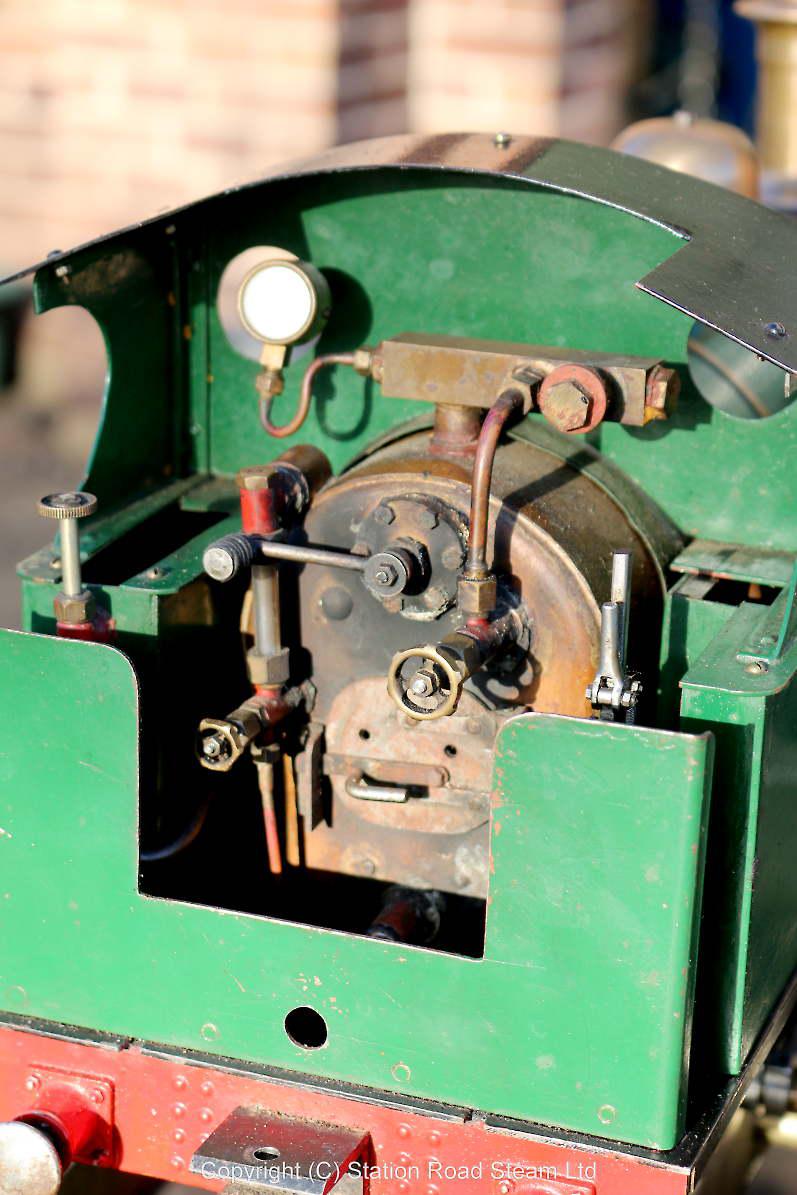 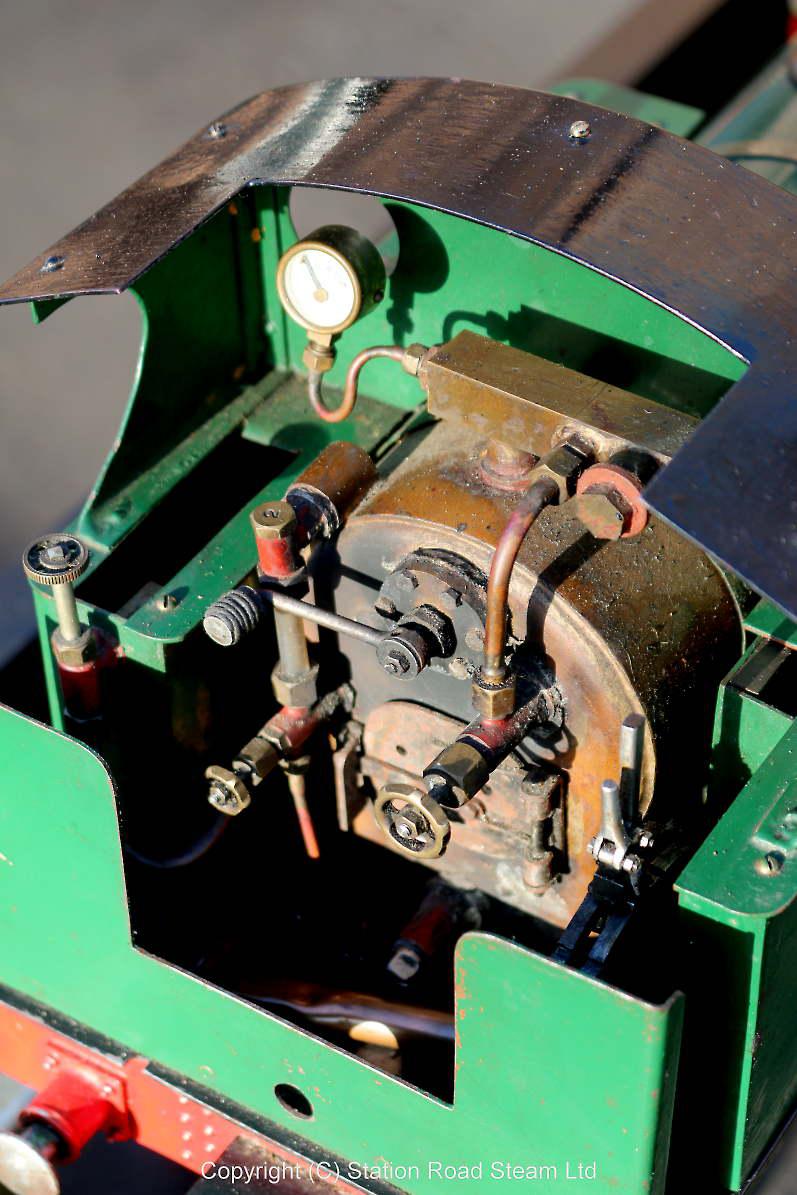 A nicely made "Juliet" 0-4-0, LBSC's small shunting engine, somewhat overshadowed by its smaller sister "Tich" which appeared a couple of years later and seemed to fire every beginner's urge to make a steam engine (mine included - I was 12 at the time). "Juliet" doesn't have quite the same charm as the smaller engine, but is a more capable performer on the track and certainly more forgiving of less than expert firing and driving.

The engine hasn't been steamed in several years - we've recently brought it back from France, where it was on display in company with the Black 5 and LNER V4 we've recently sold. Slide valves leak when running on air, the engine runs better in reverse than forwards.