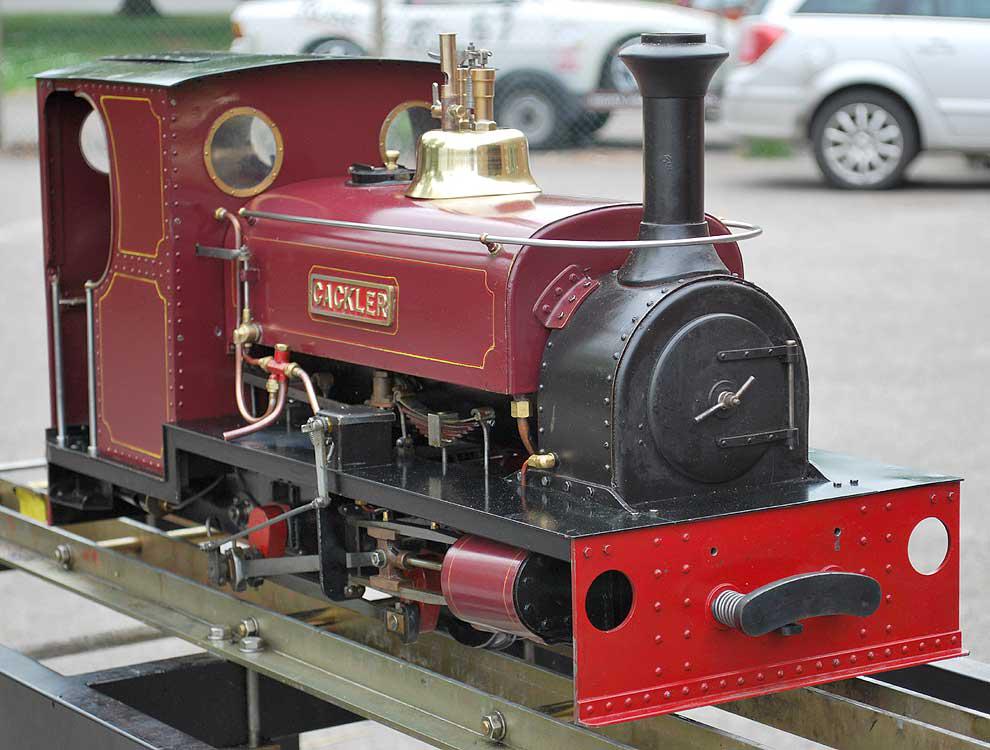 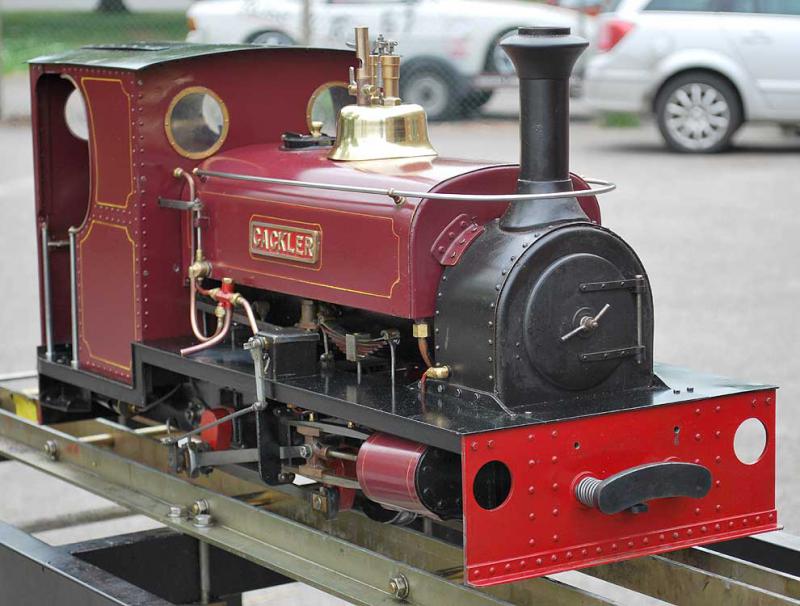 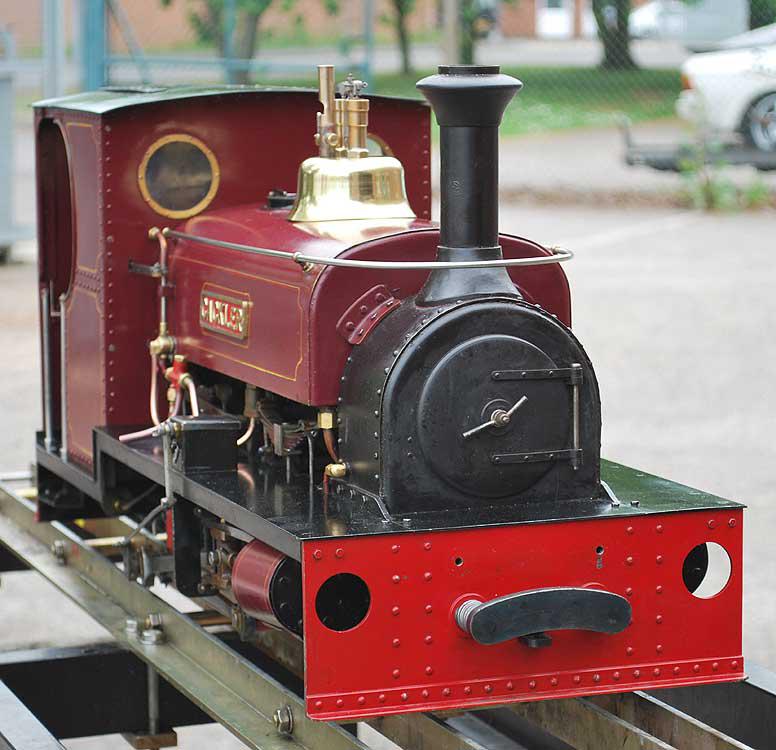 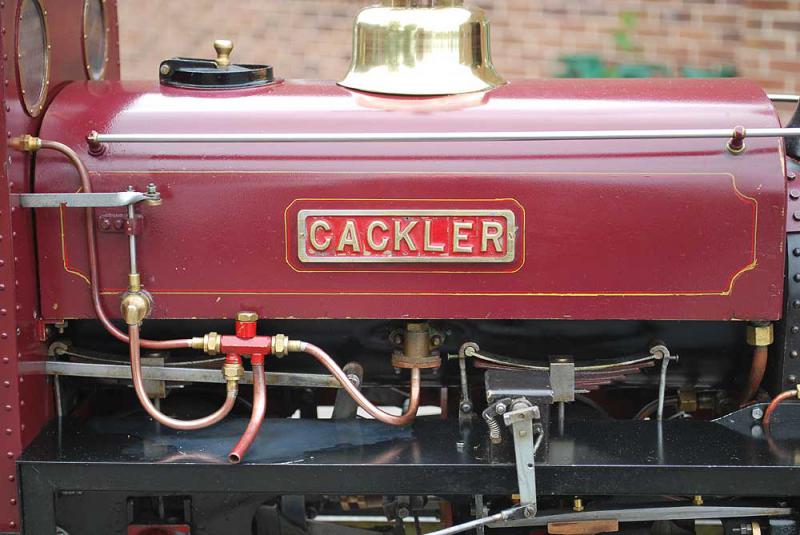 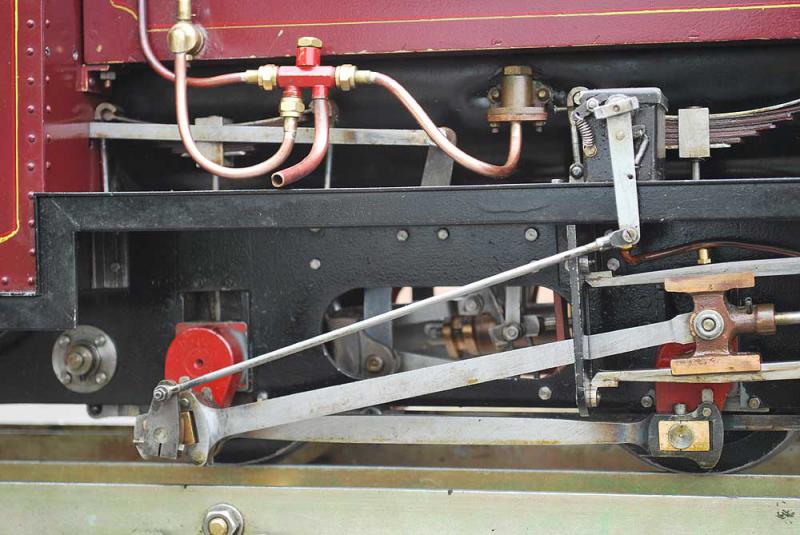 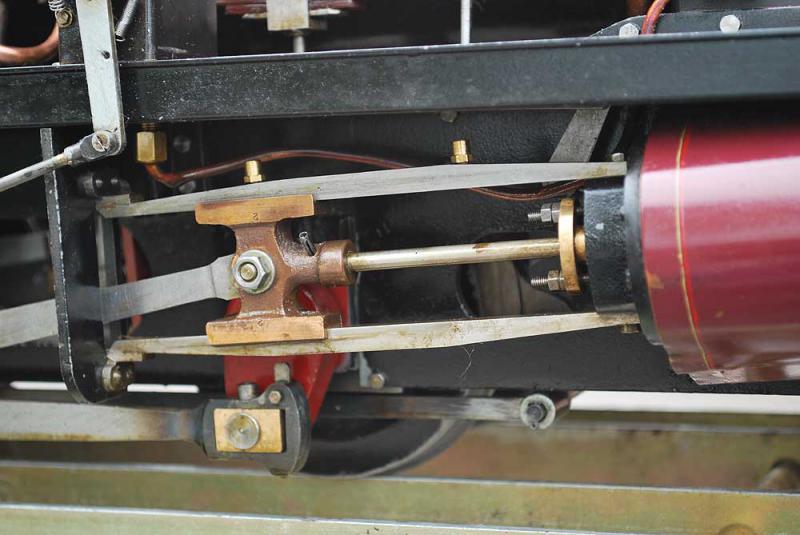 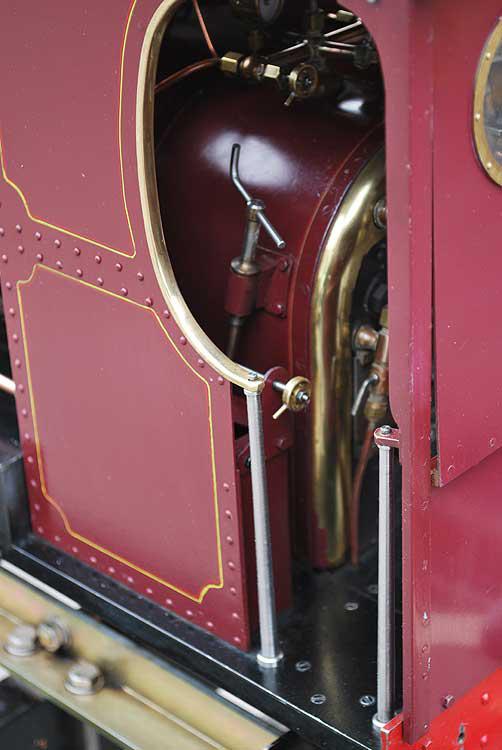 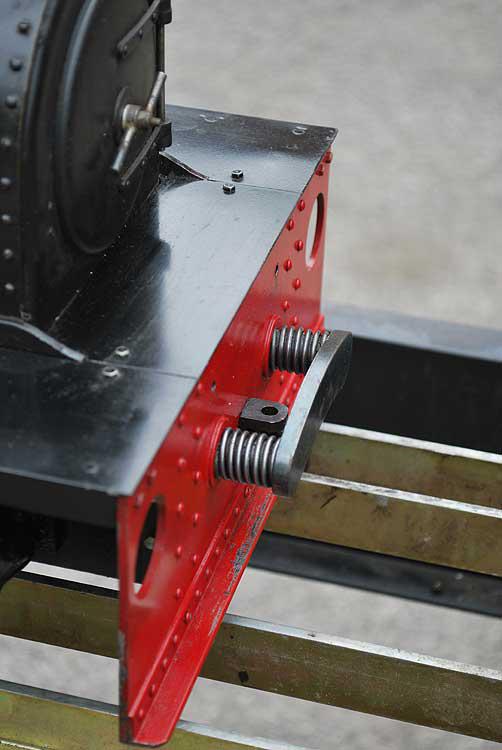 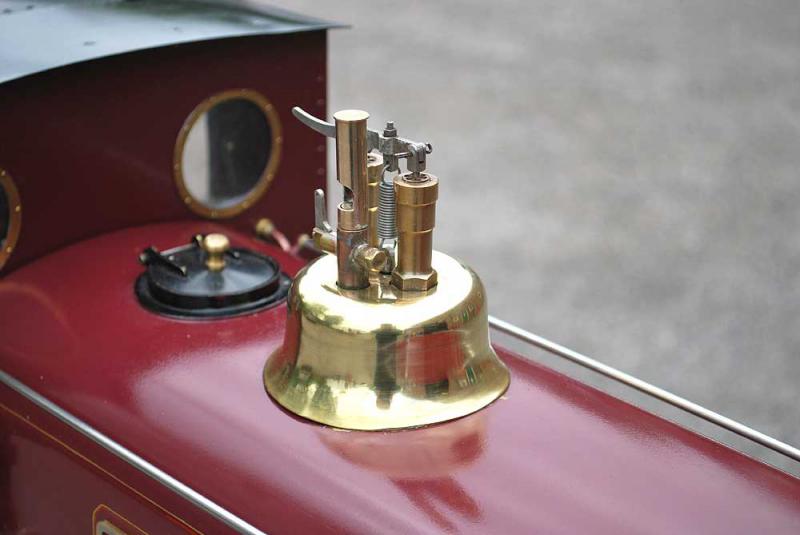 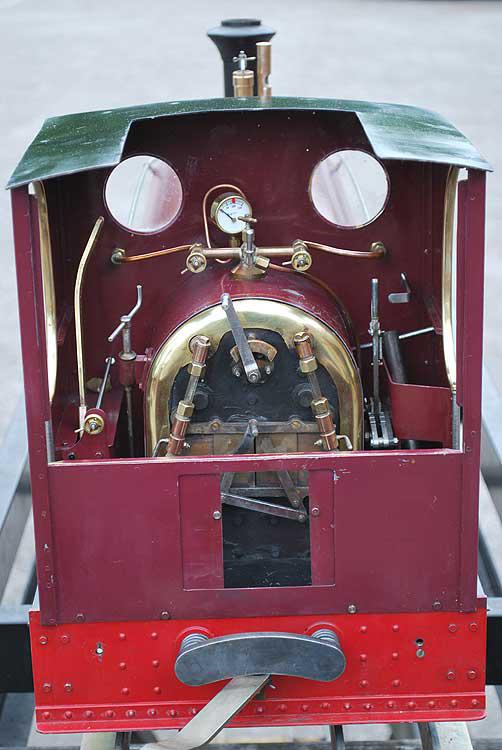 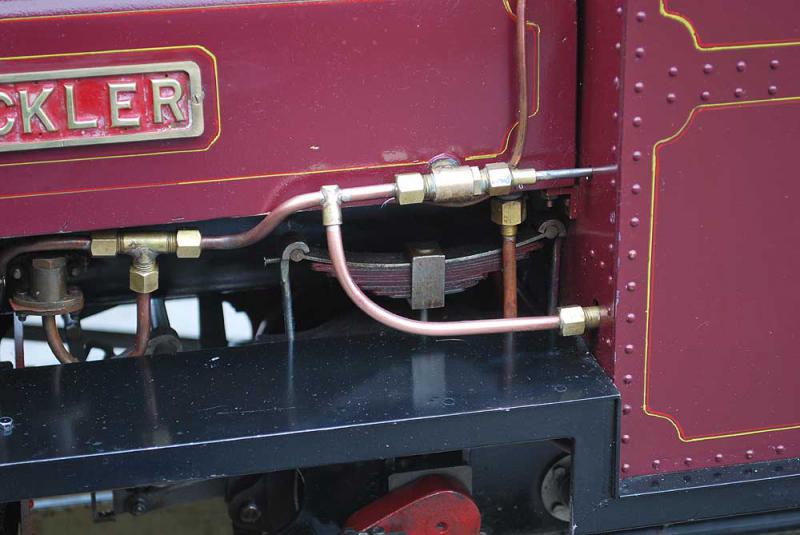 Ross Harrison's Hunslet "Port" class design "Lilla" first appeared in "Engineering in Miniature" in 1979 (this was when EIM had just started up, a copy cost 40p, Mrs Thatcher was a month into her first term and I was courting the future Mrs P, then a sixth former. Happy days...).

The work of a prolific and highly capable engineer (we currently have five of his engines in the workshop, including a Jessie, Heisler and Standard Class 2) this engine was built as "Cackler", the original built in 1898 and now preserved at Thursford. Larger than the more commonly seen "Alice" class, in 3 1/2 inch gauge this is a big, heavy engine which comes out the size of a standard gauge 5 inch locomotive.

As with all the other engines from this builder, not only is the engine well made, it runs particularly well - Steve and I had a day out at the club with two others from the collection earlier in the week and were impressed with the way they performed. A nicely detailed model, it captures the look of the original exactly with the correct pattern dome, dummy Ramsbottom safety valves and distinctive sprung buffer bar.

I pulled out Volume One of "Engineering in Miniature" this morning and spent half an hour looking through the original construction series. The frames were made by chain drilling inside the marked line with an 1/8th inch drill on 9/64th centres, knocking out the scrap and then filing up to shape. Fast forward thirty years, Geoff and I spent yesterday afternoon welding up some bits for the next batch of "Stafford" chassis: we email the CAD files to our laser cutters, the bits come back a couple of days later, slotting together to make a self-jigging fabrication. A couple of big G-clamps to hold everything together, half an hour round with the MIG welder and it's ready to paint - I reckon we can complete four chassis complete with all stretchers, brackets and buffer beams in the time it would take me to hand cut one set of 3 1/2 inch gauge frame plates the old way!