Sold August 2020 Back to Archive 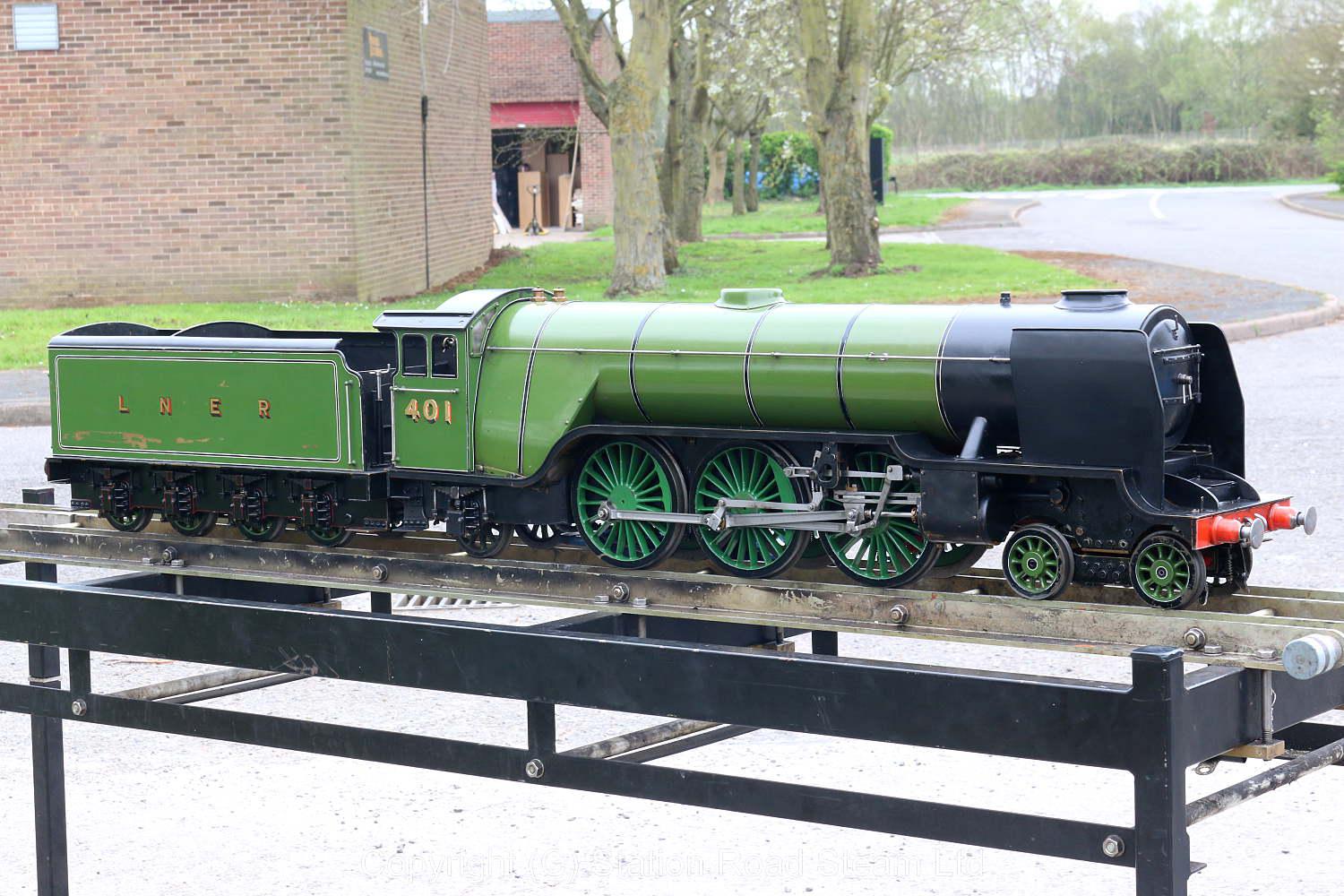 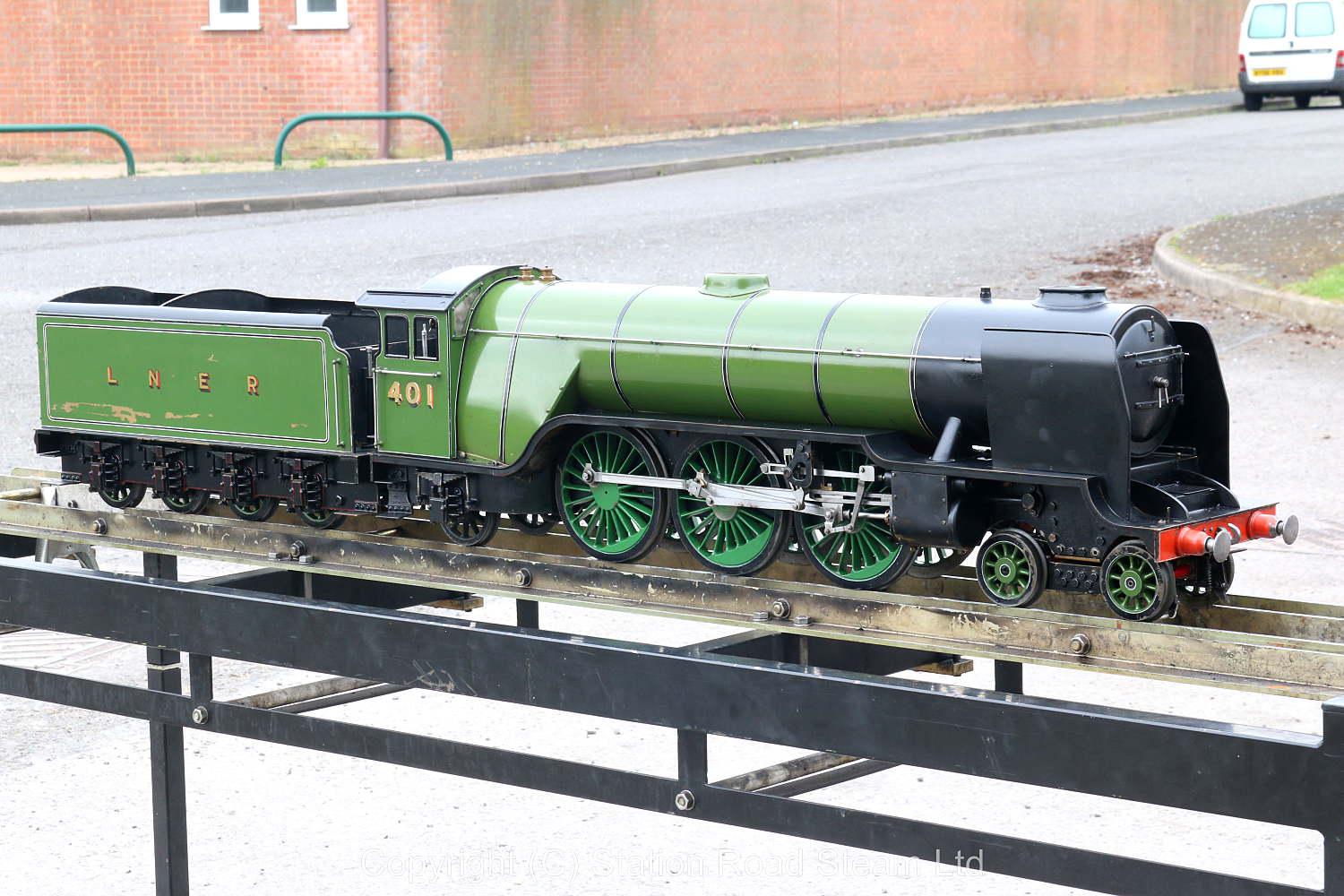 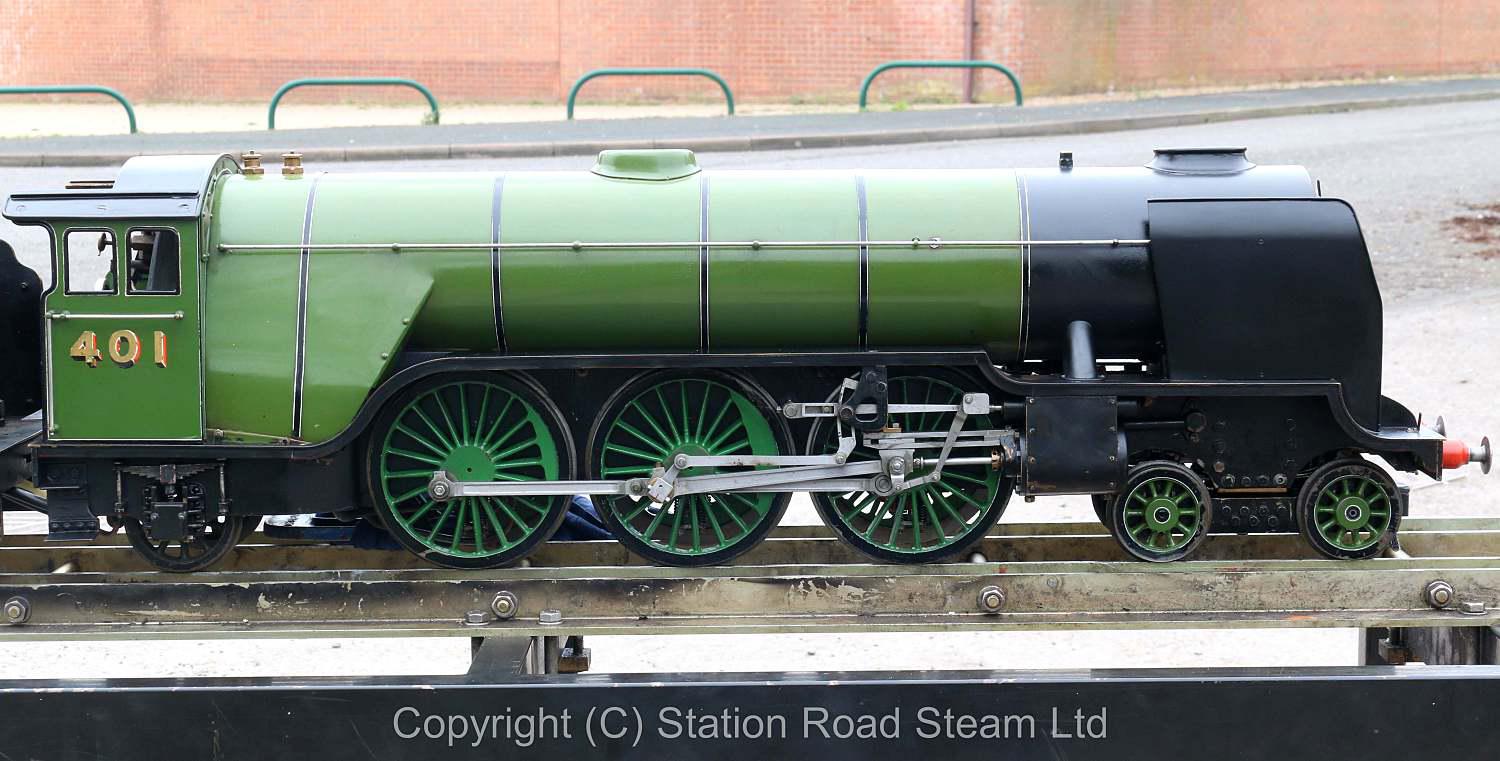 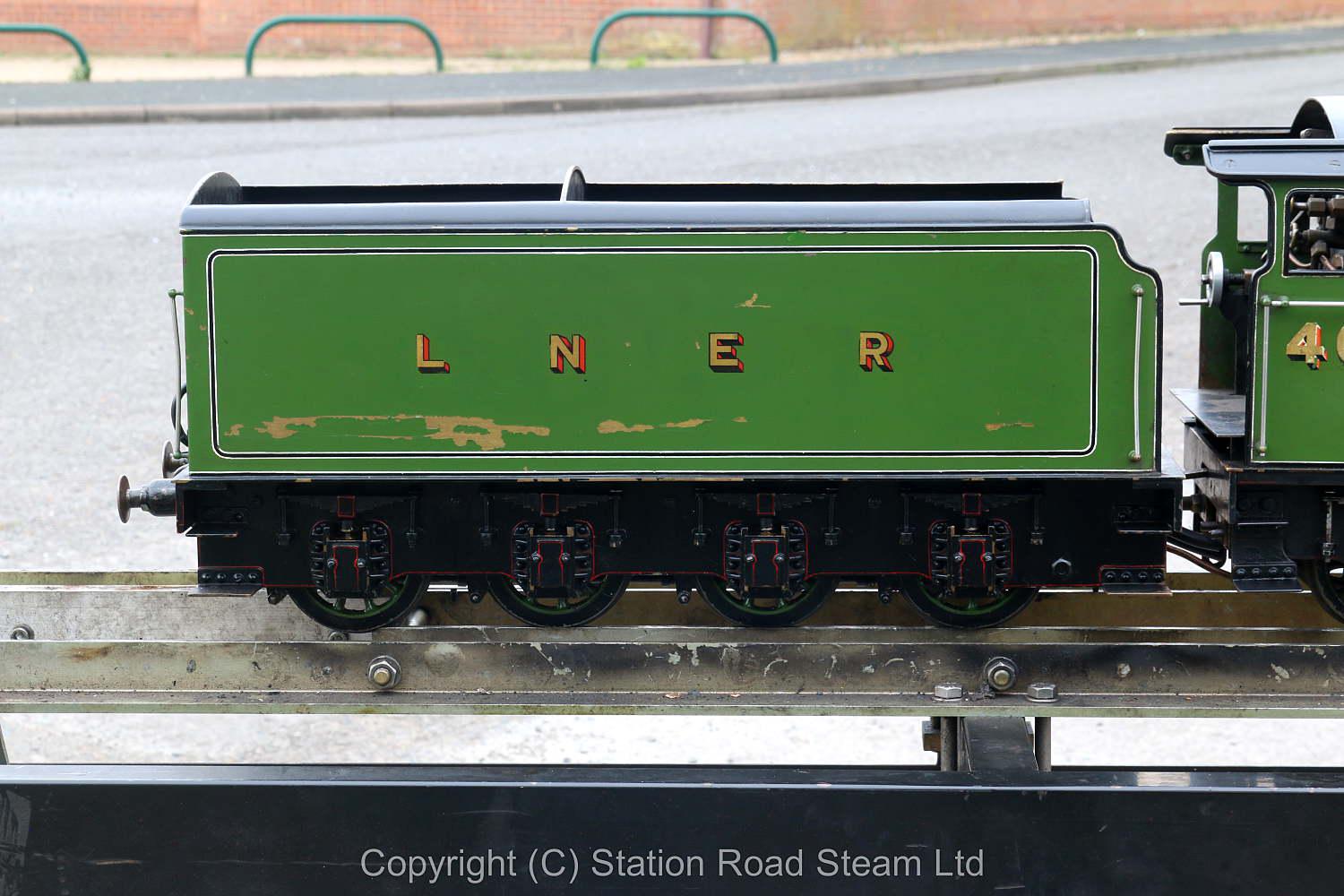 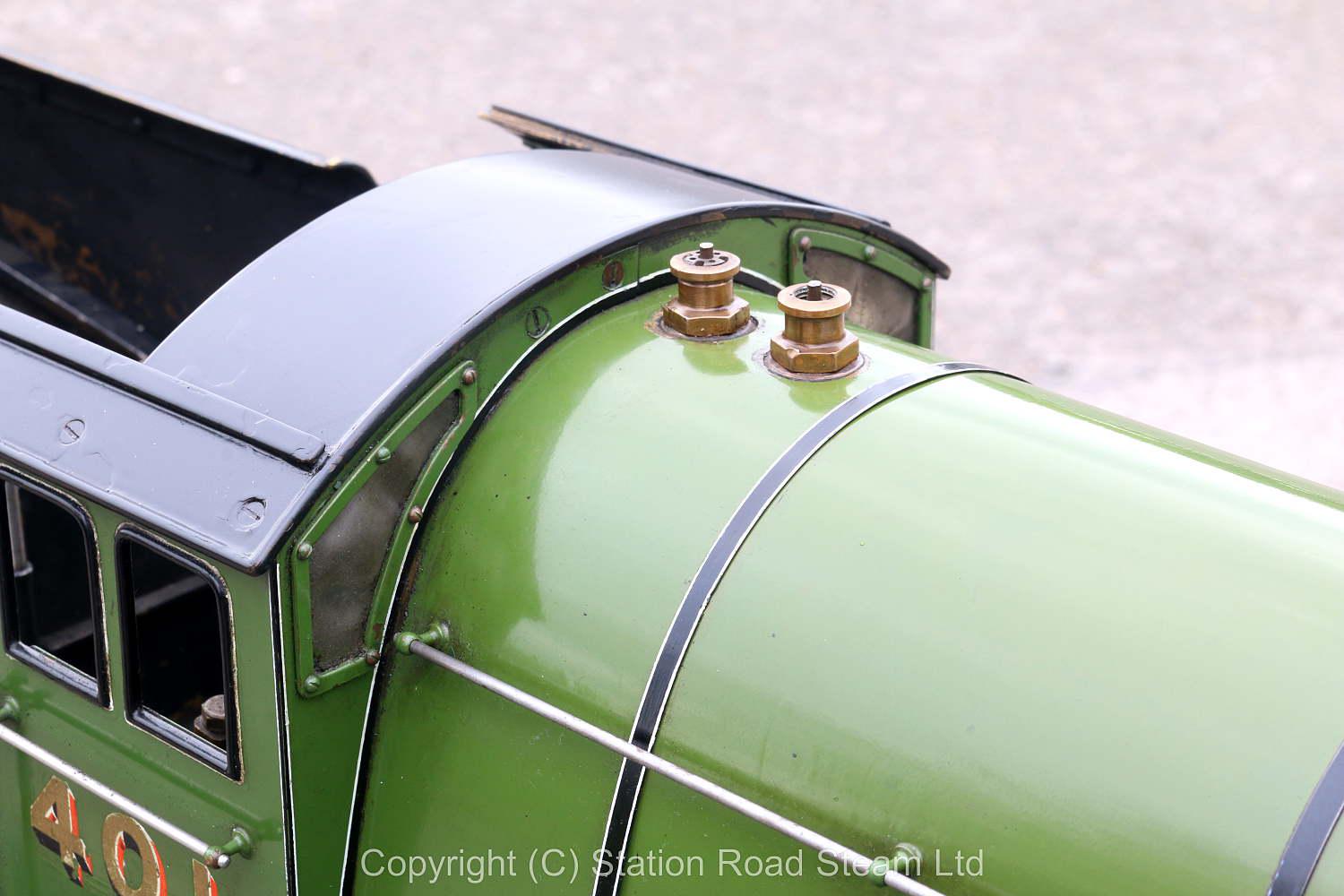 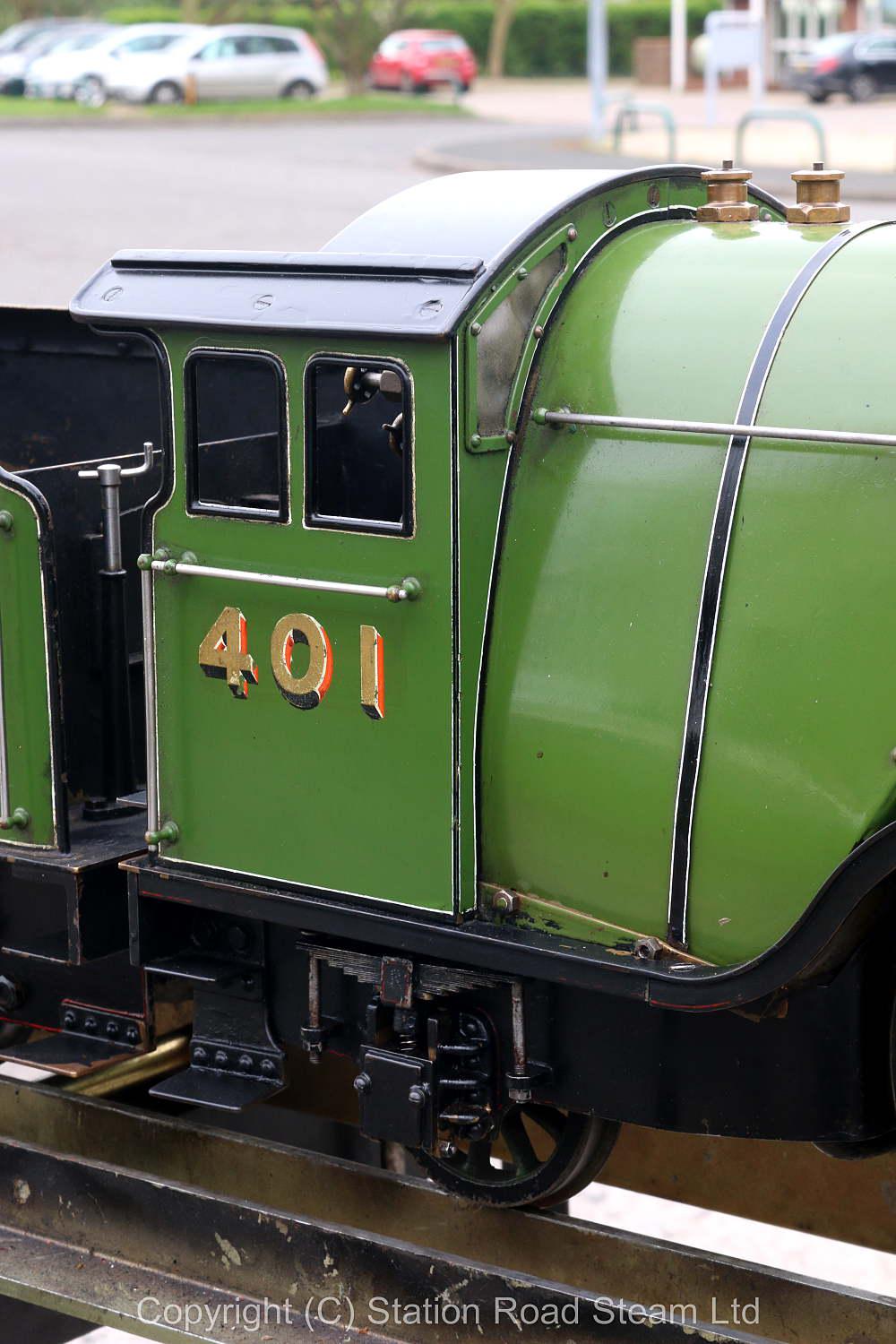 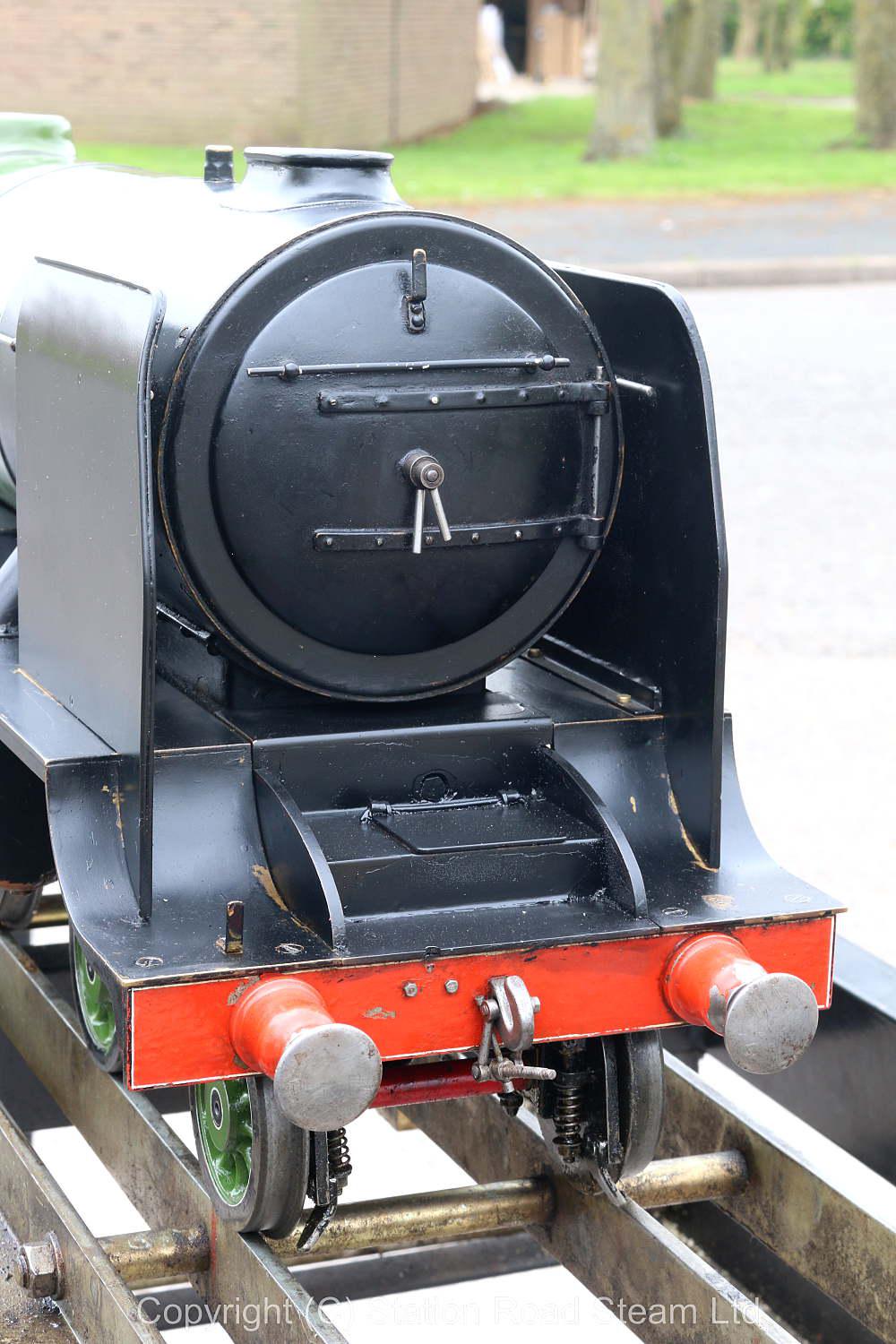 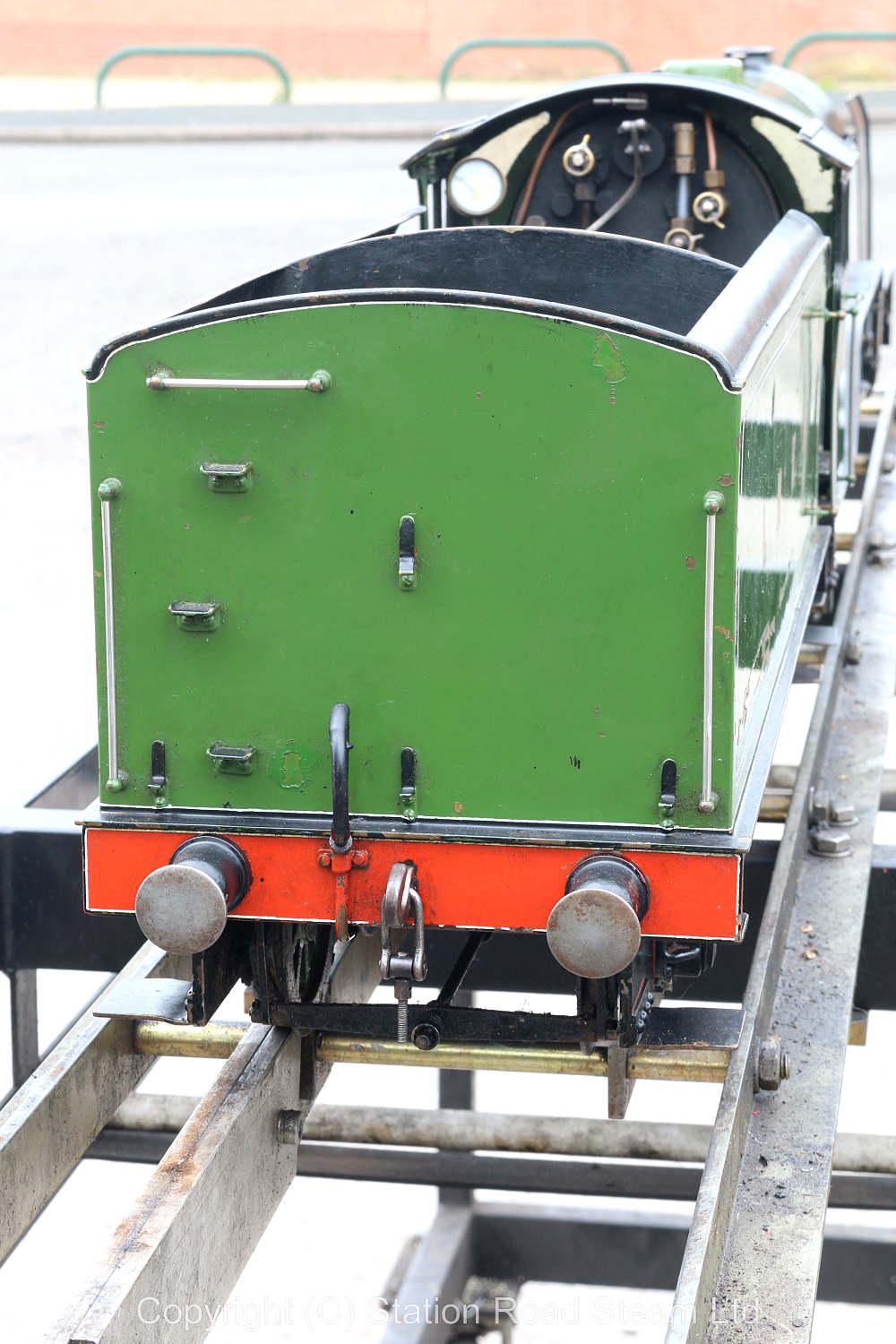 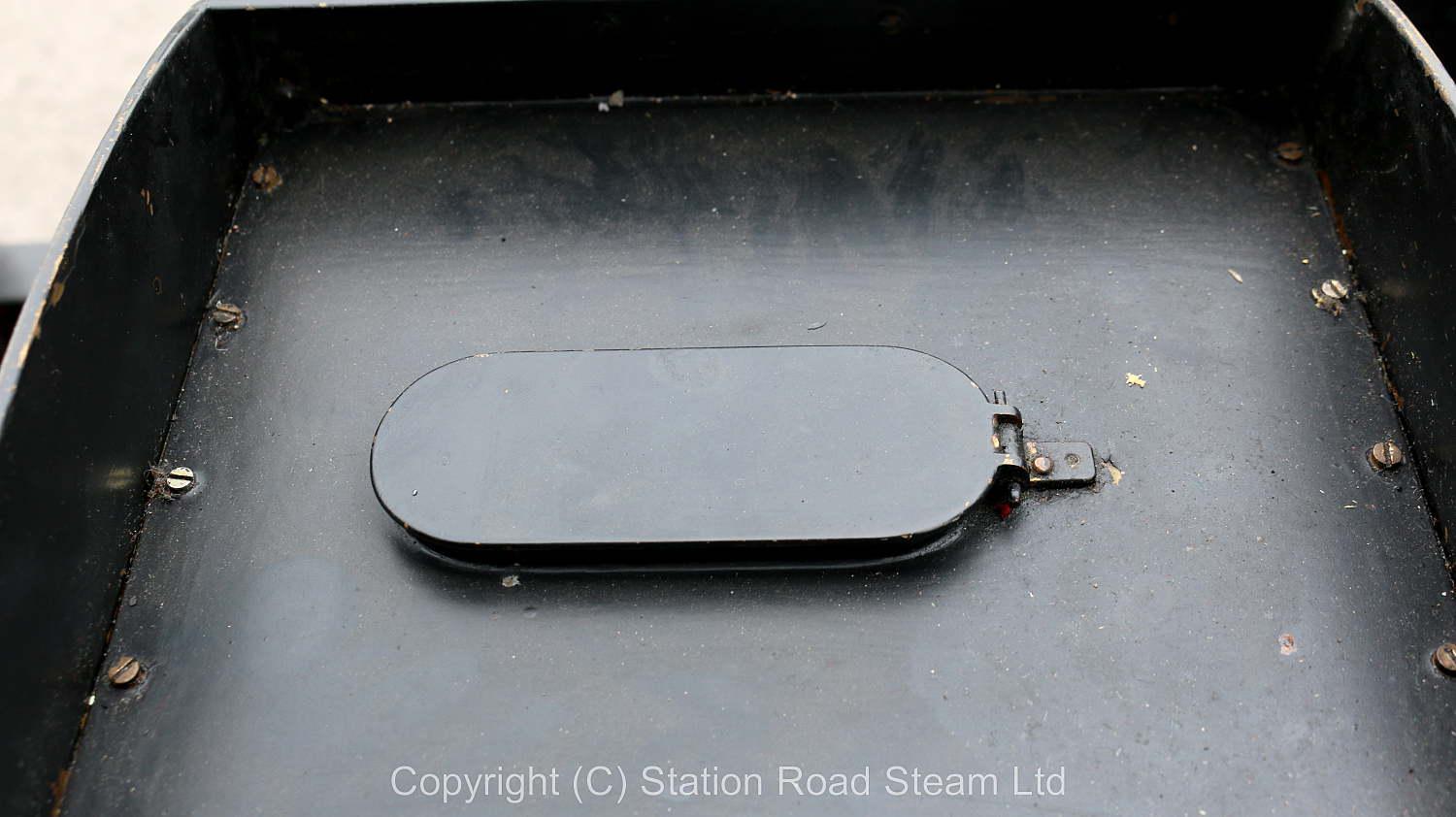 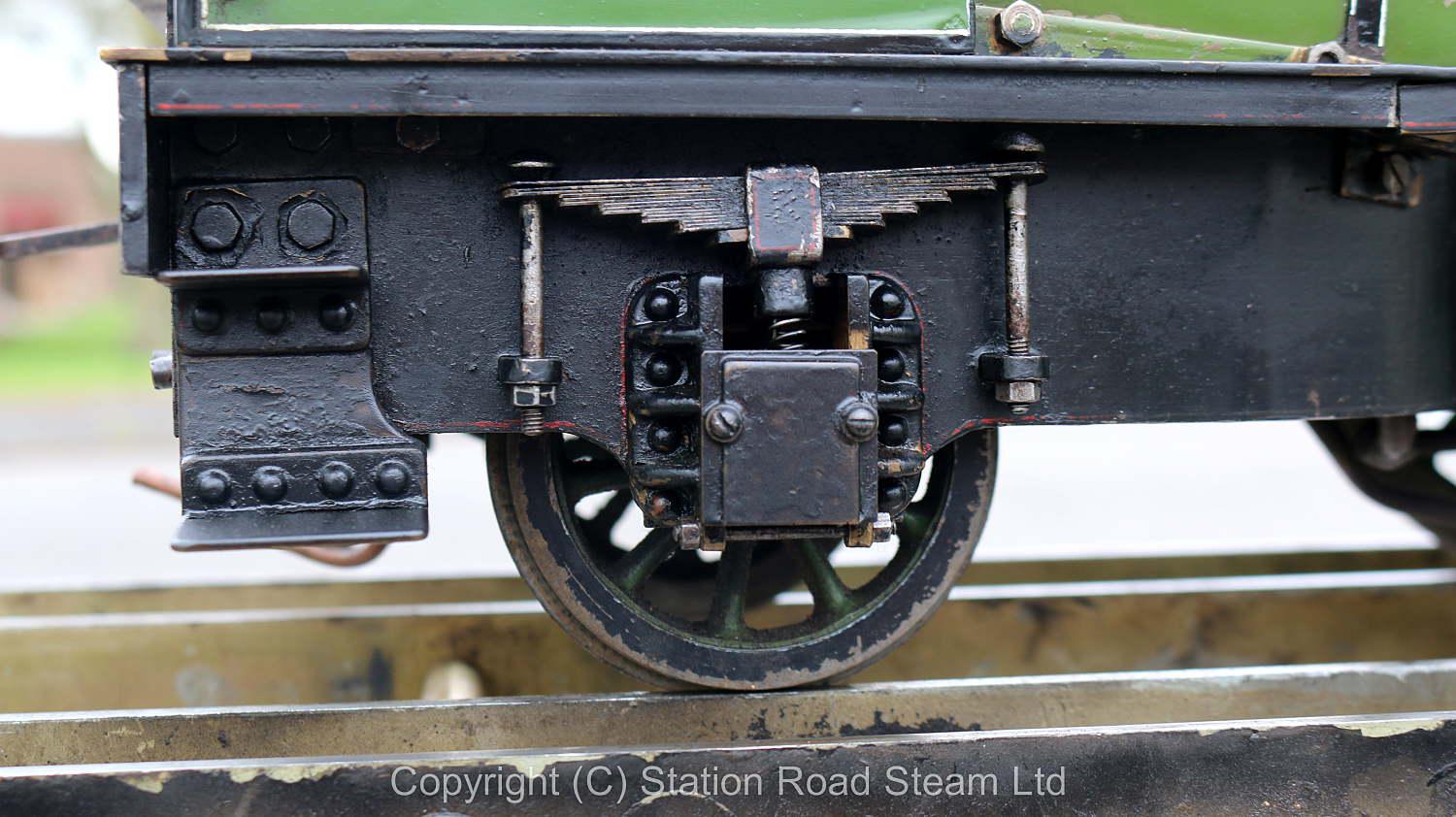 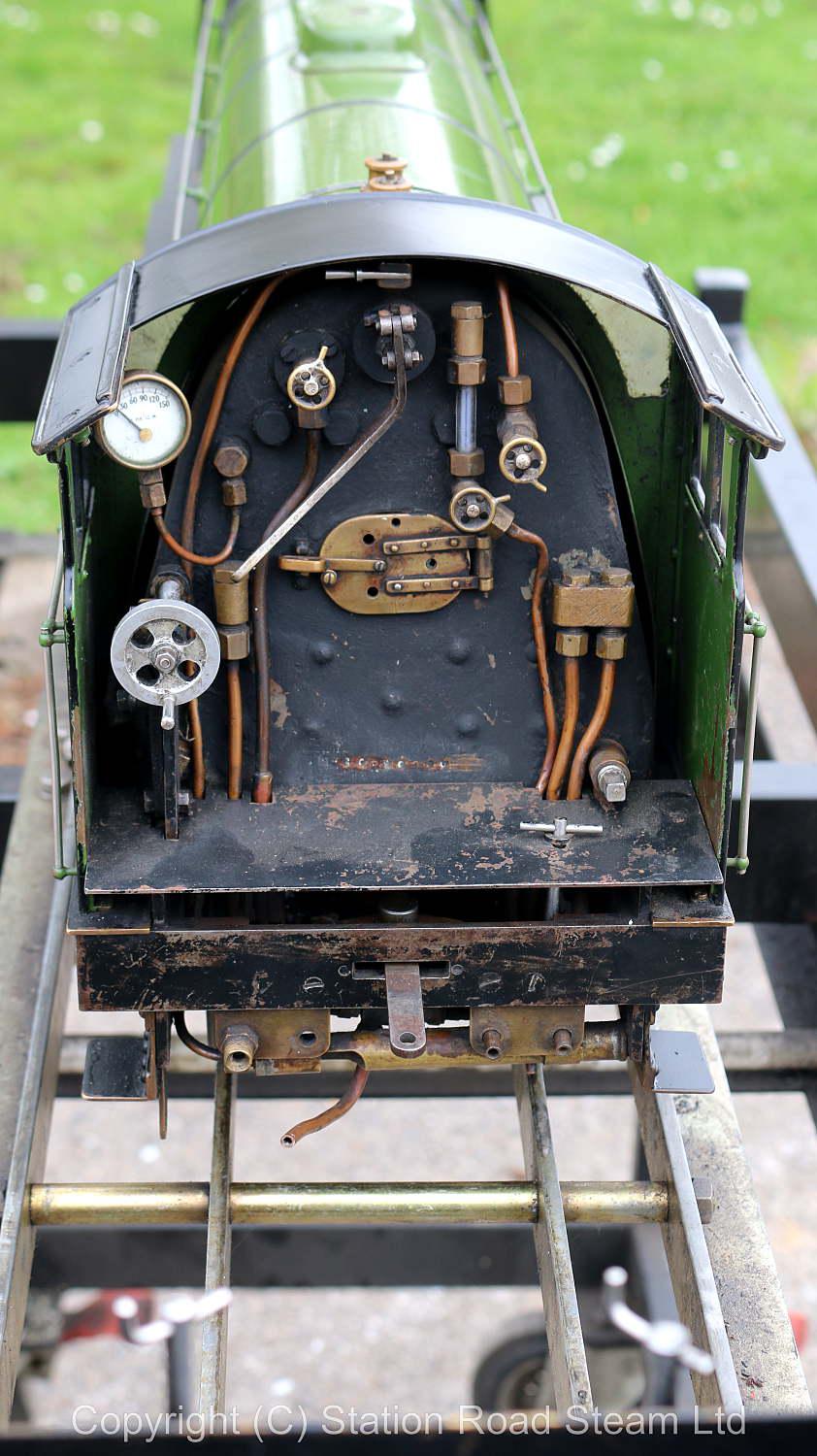 We first bought this engine back in 2014 - at the time Steve borrowed it to run for the summer. Mechanically it's still in much the same condition, however there is now a steady drip from under the throatplate cladding - boiler needs to come off the frames to investigate.

Pictures opposite were taken recently, words are below from last time we had it in.

A 3 1/2 inch gauge LNER Pacific to LBSC's "Hielan Lassie" design, his take on Thomson's rebuild of Gresley's A1. An older engine, paintwork is working clothes rather than show finish, however it steams freely and runs well - Steve borrowed it for a couple of months when it came in, reporting favourably on its performance at his club track.