Sold July 2009 Back to Archive 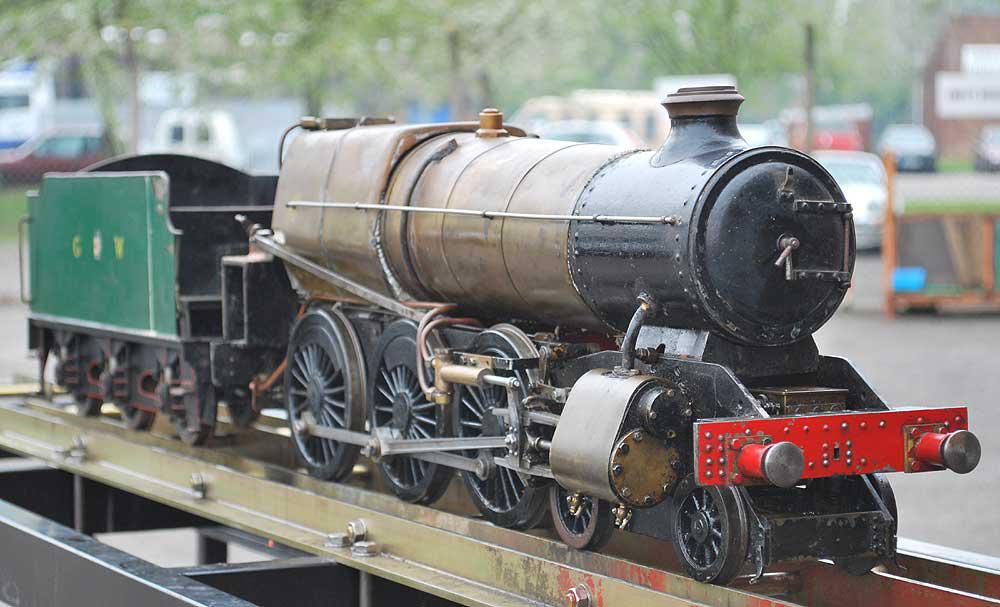 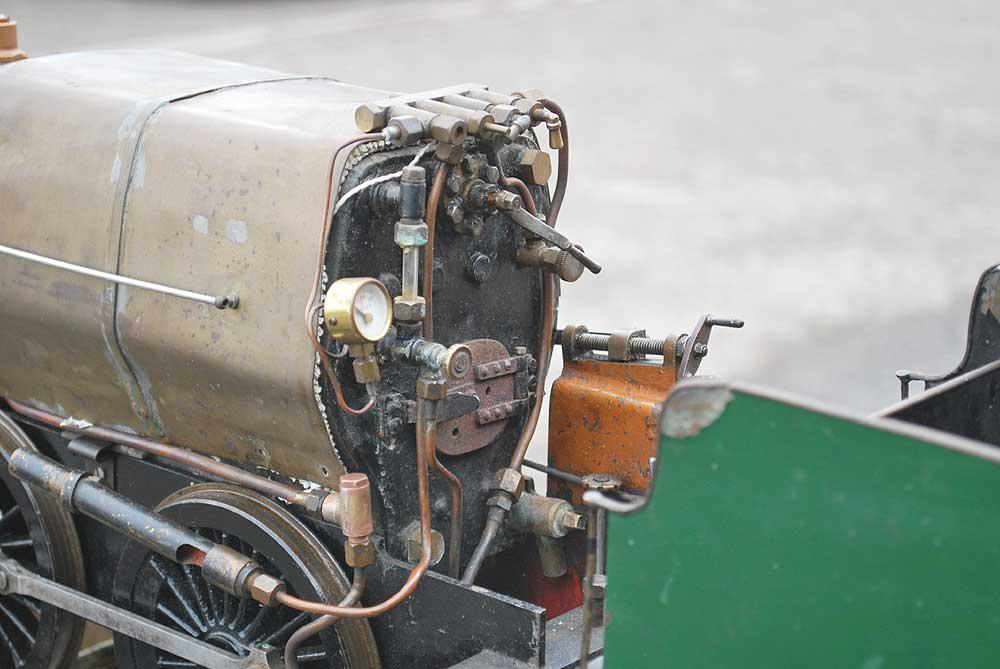 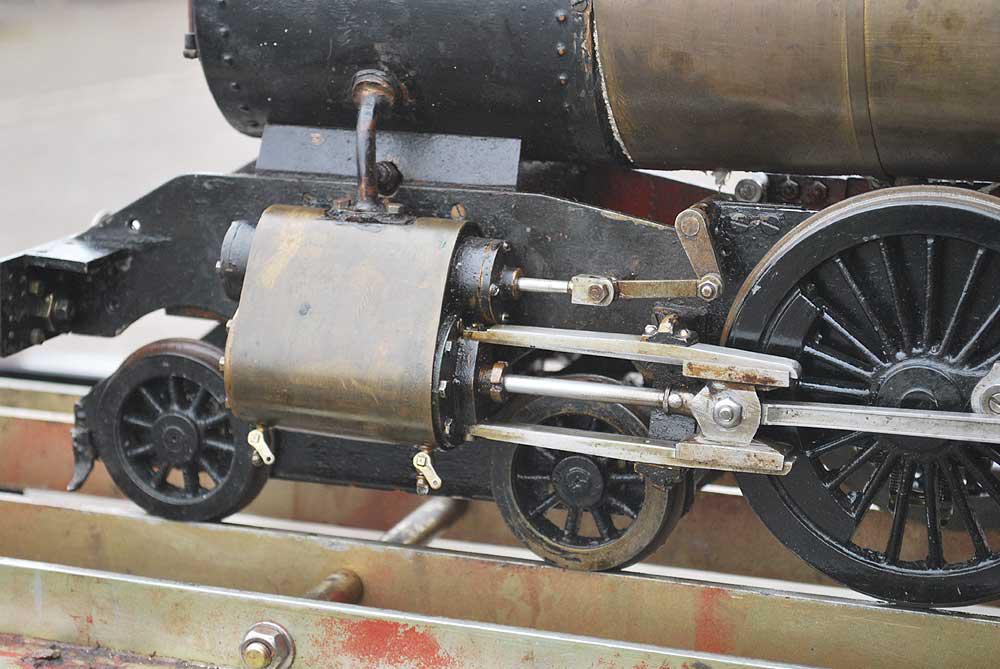 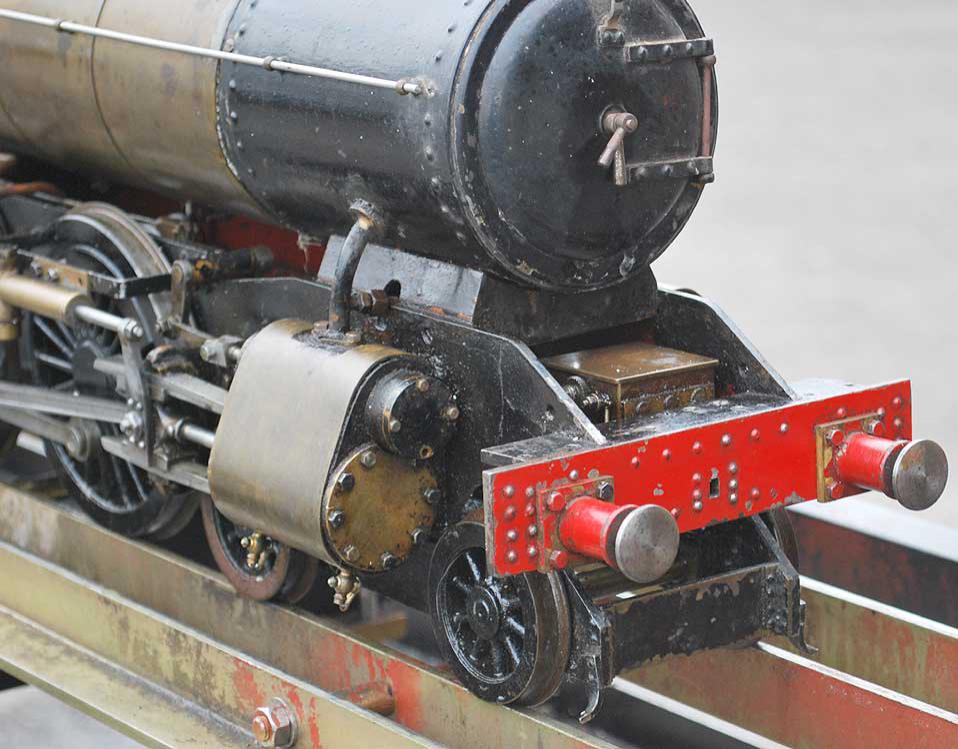 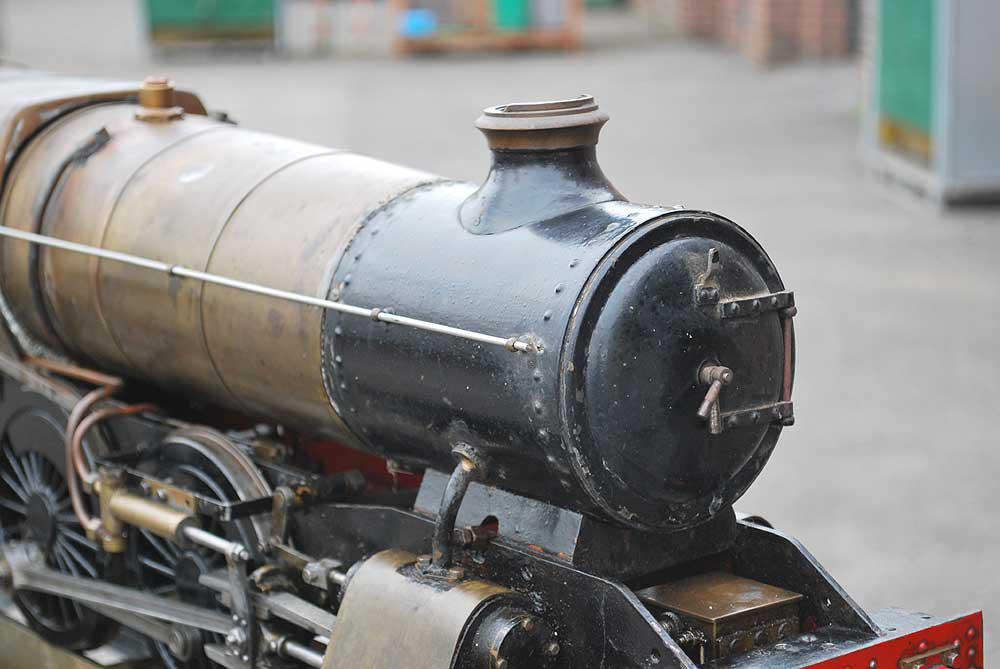 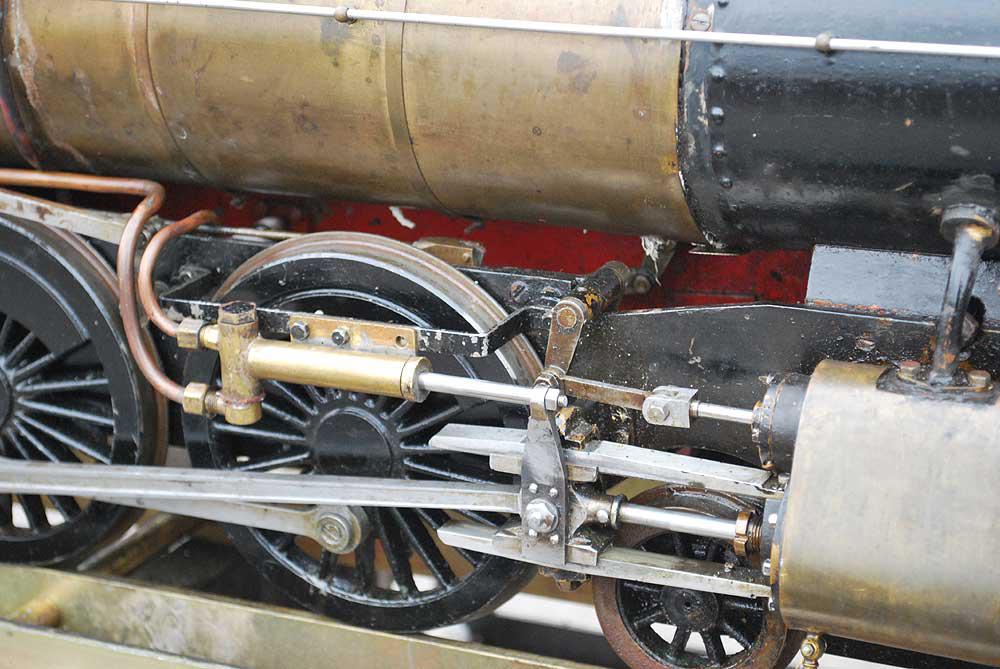 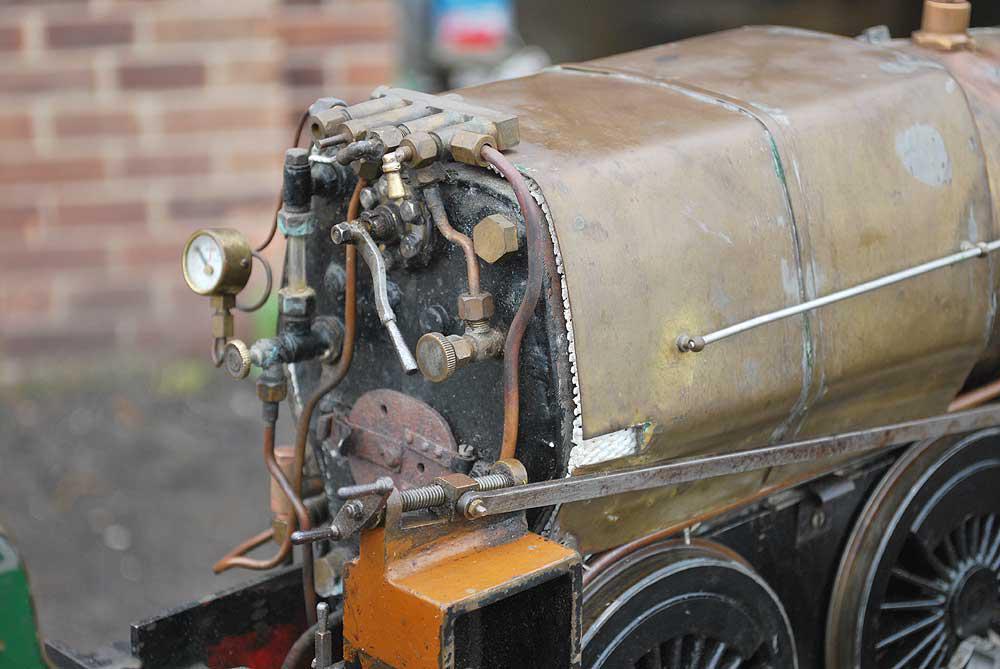 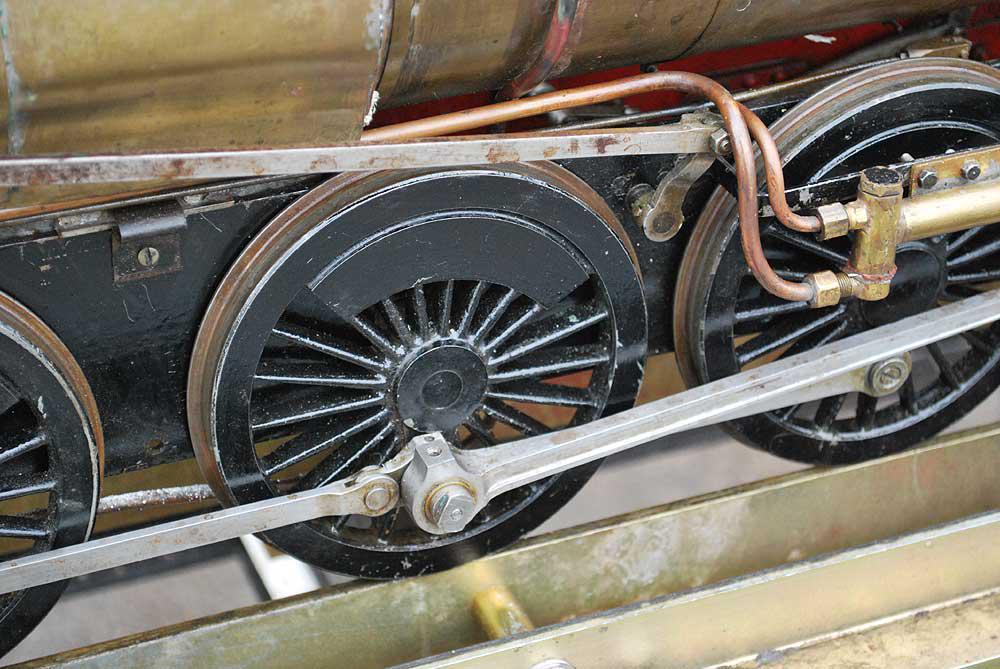 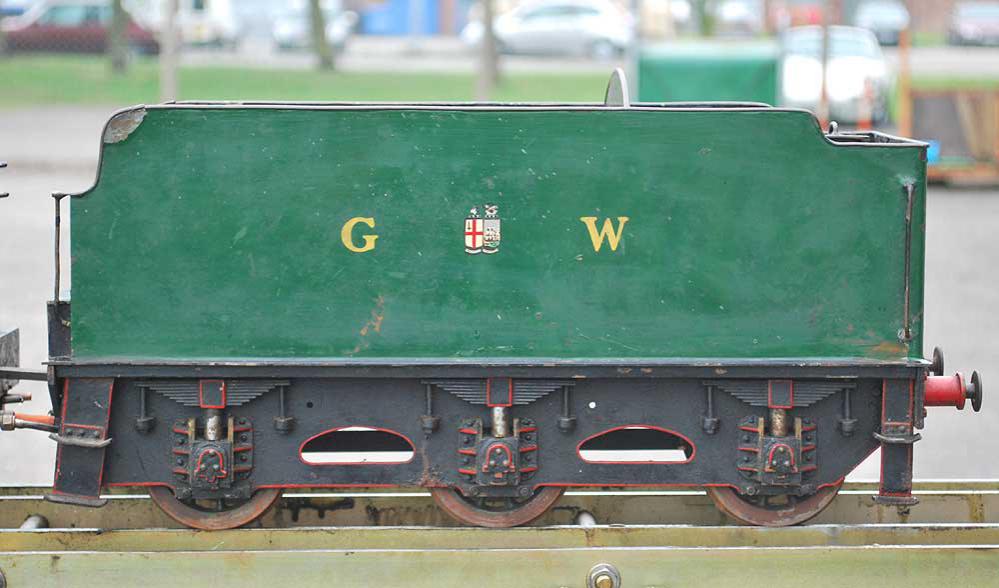 An interesting old engine that has spent many years languishing semi-dismantled in a cellar (I don't know what it is about small basement rooms, but I seem to be having a run of cellar-emptying recently, although after extracting a 10 1/4 inch gauge Pacific from one four weeks ago I sent Kevin to get this one).

A Hawksworth "County", the engine designed by Collet's successor at Swindon after the war comprising what was basically a modified Hall chassis under a Stanier 8F boiler. They built 30, all cut up by the end of steam, although regular readers of the steam railway magazines will know that there is a new one being built at Didcot, using (unsurprisingly) a Hall chassis with an 8F boiler, both donated by hulks deemed economically unrestorable.

Steve had a day fettling this one in the workshop and sorting through the boxes of bits - basically its complete as you see it here, there is also a cab and safety valve bonnet. Running boards are long gone - they are distinctive "paddle box" type things.

The boiler has had a hydraulic test to 160psi and is sound, we've run the engine in the workshop - perversely whilst the handpump and crosshead pump are feeble and require stripping and cleaning, the injector works beautifully, it was in steam for half an hour running happily and maintaining pressure easily. Cylinders are fitted with piston valves, there is a large mechanical lubricator behind the buffer beam.

Overall a worthwhile project which would repaint into a fine-looking example of a rarely-modelled prototype.

There's a clip of it running here.