Sold February 2016 Back to Archive 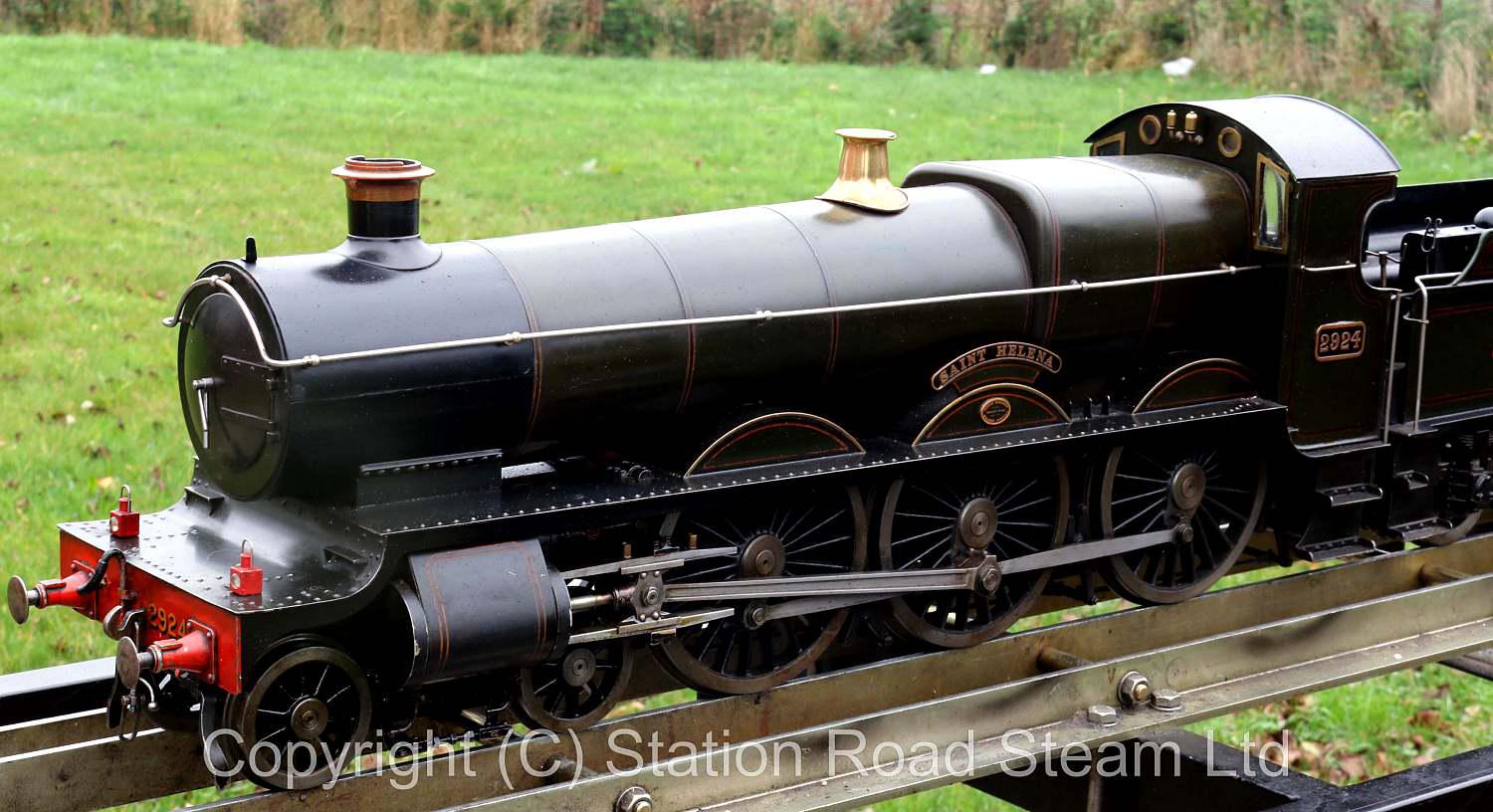 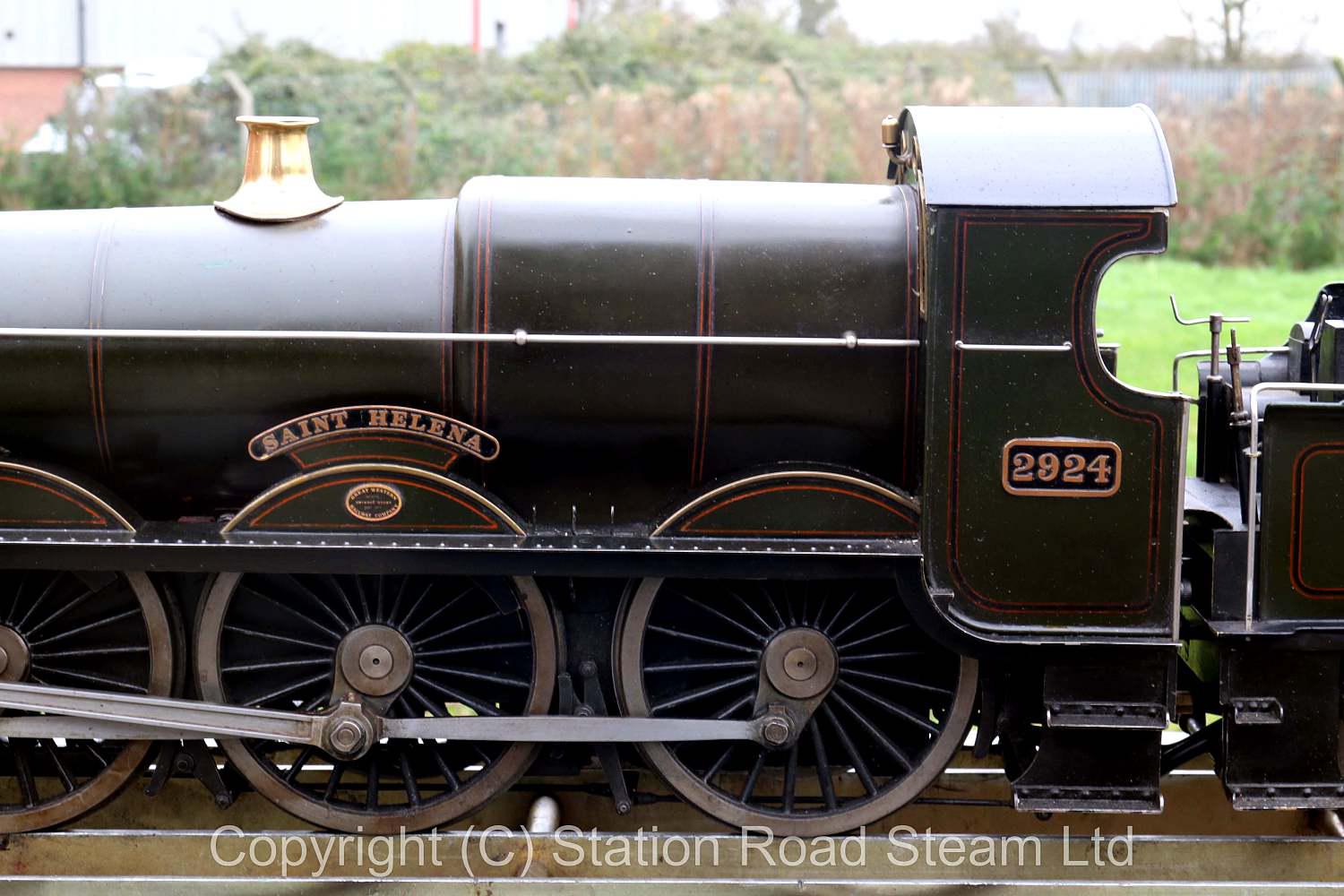 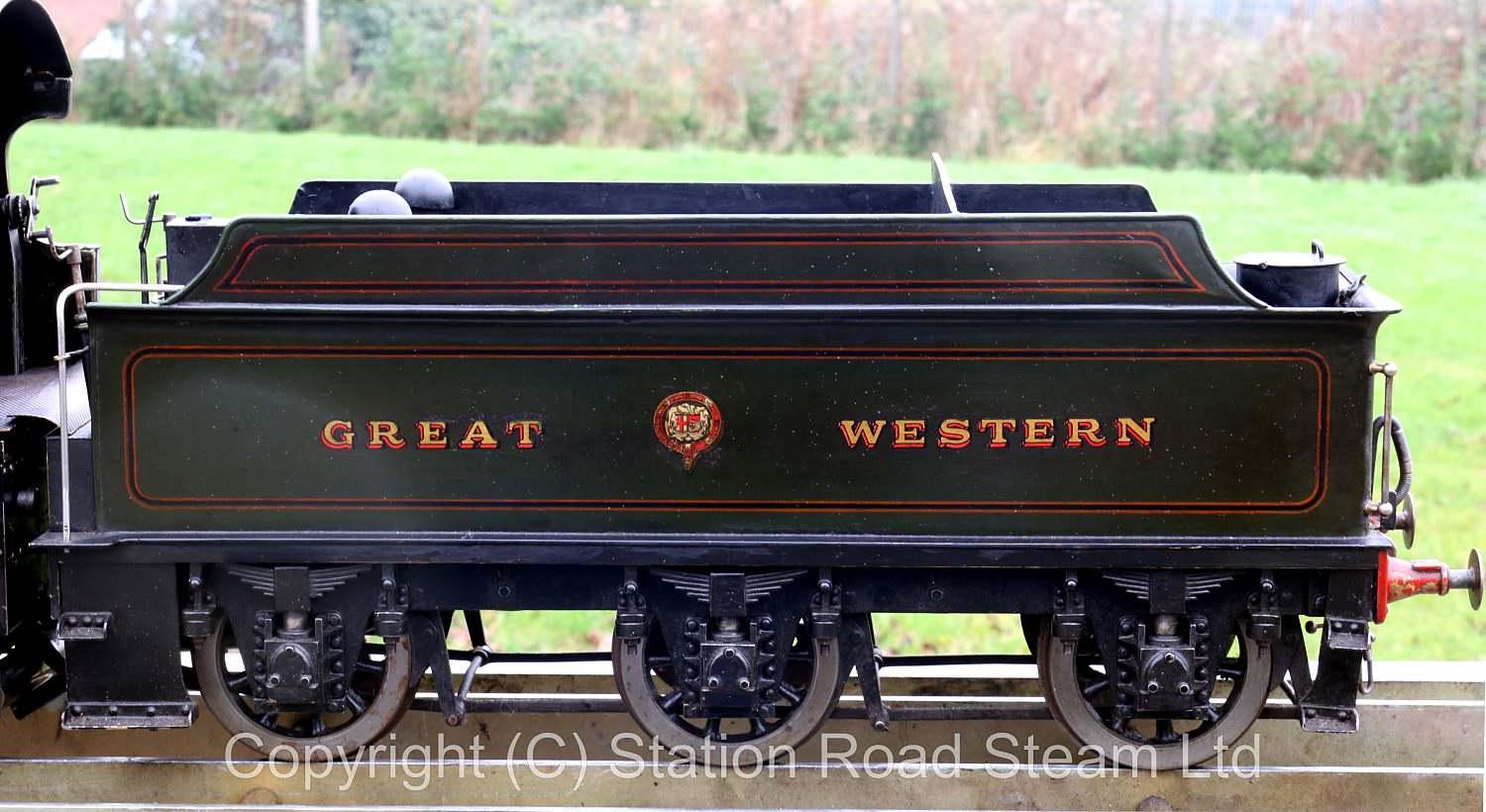 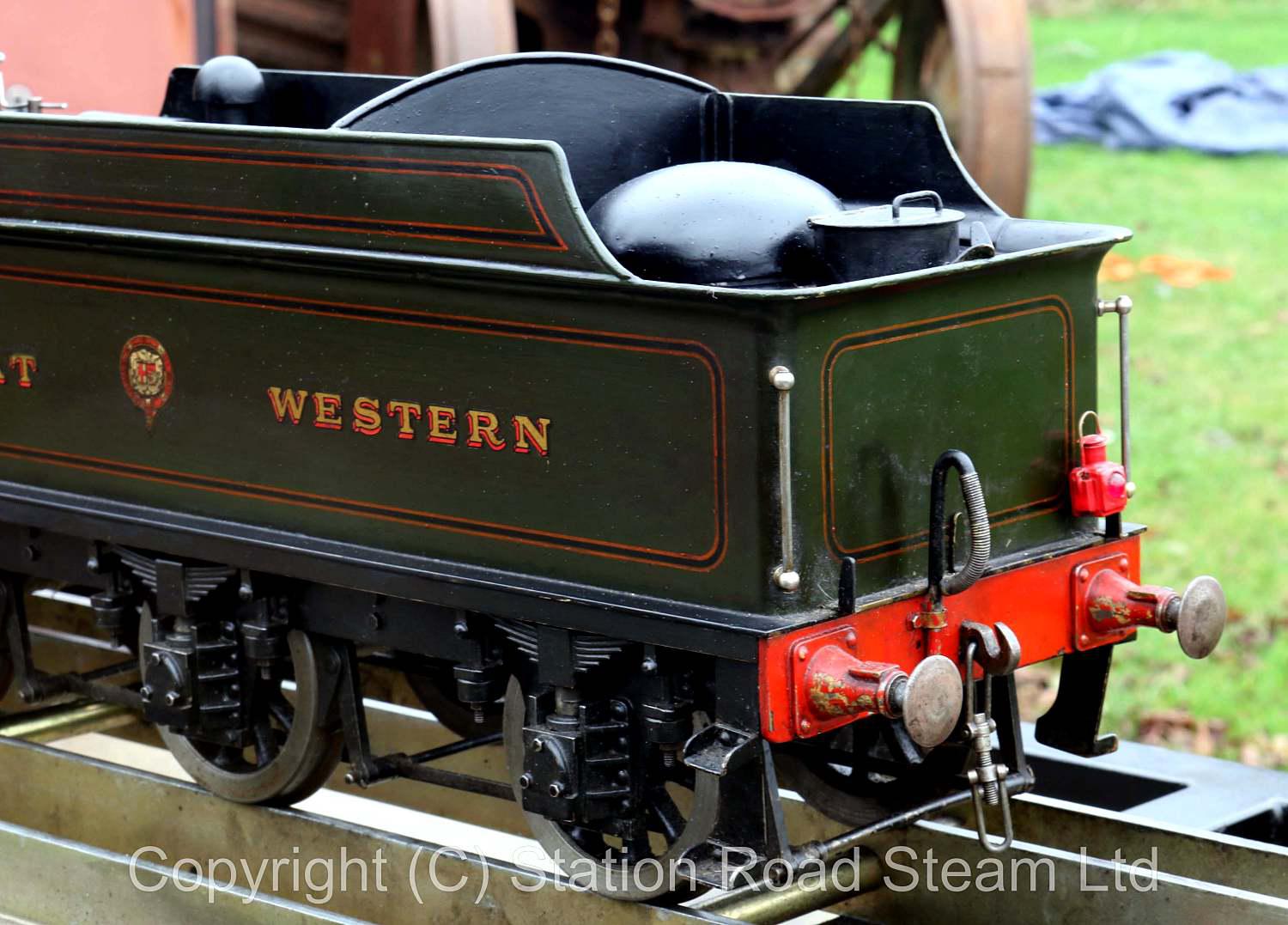 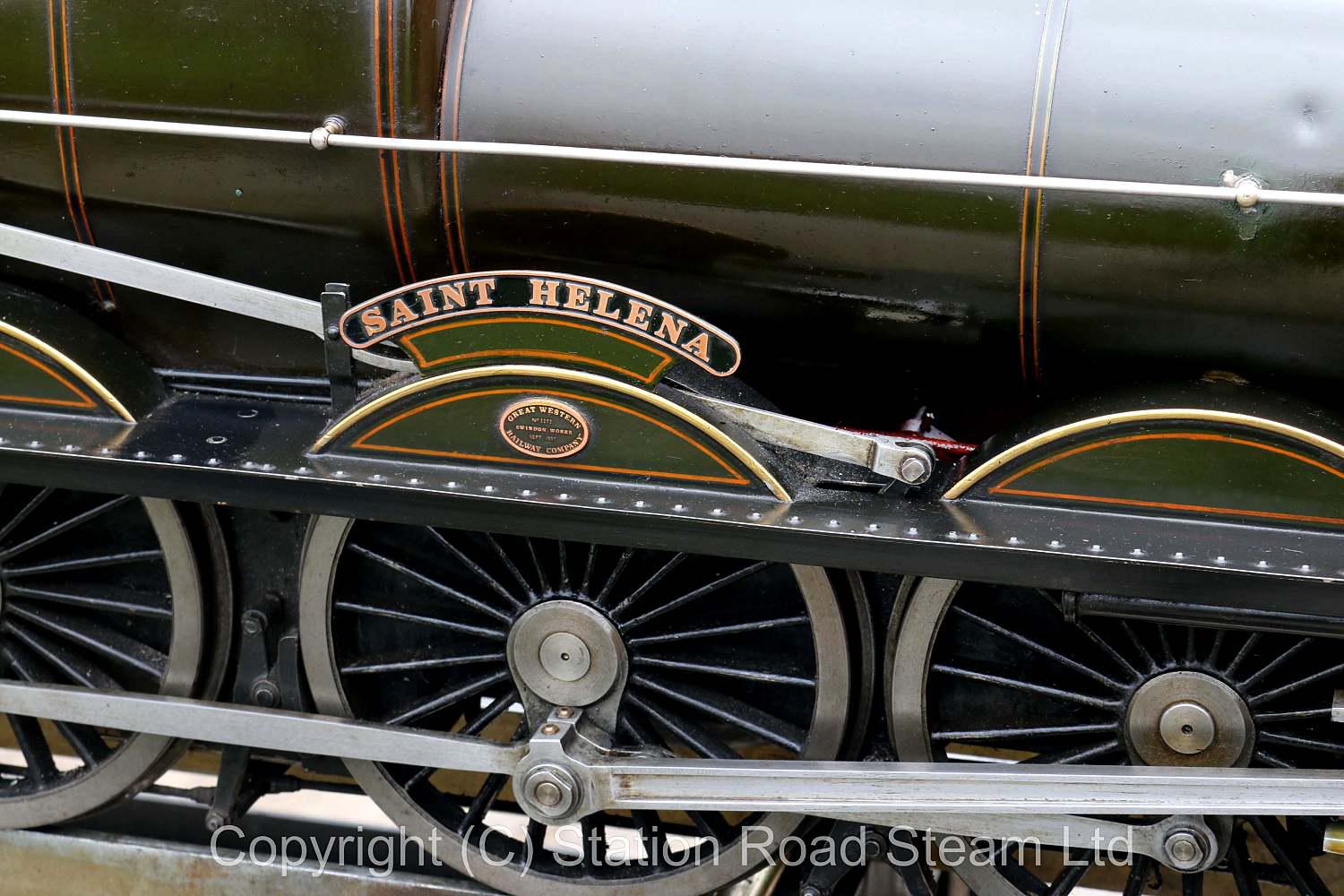 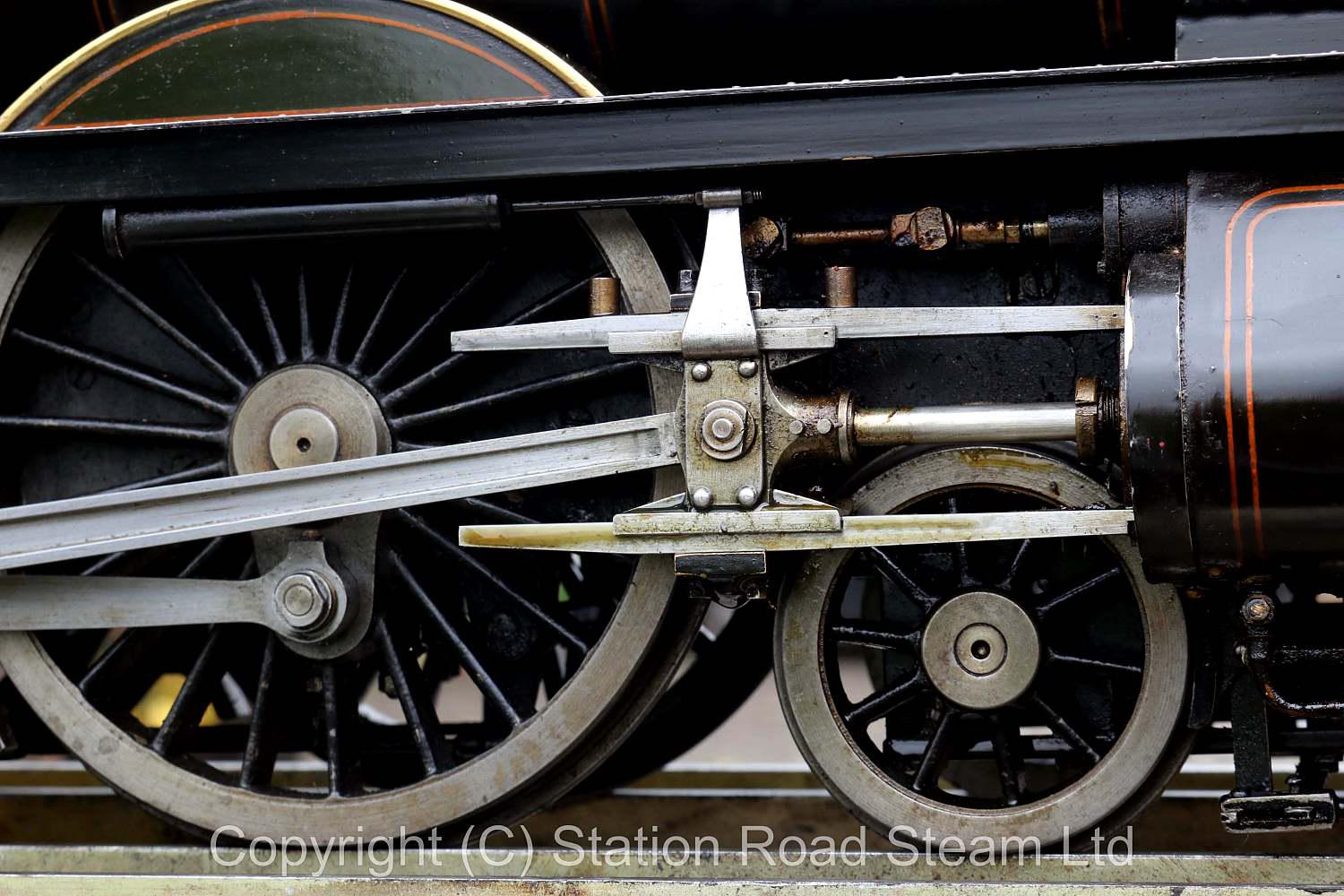 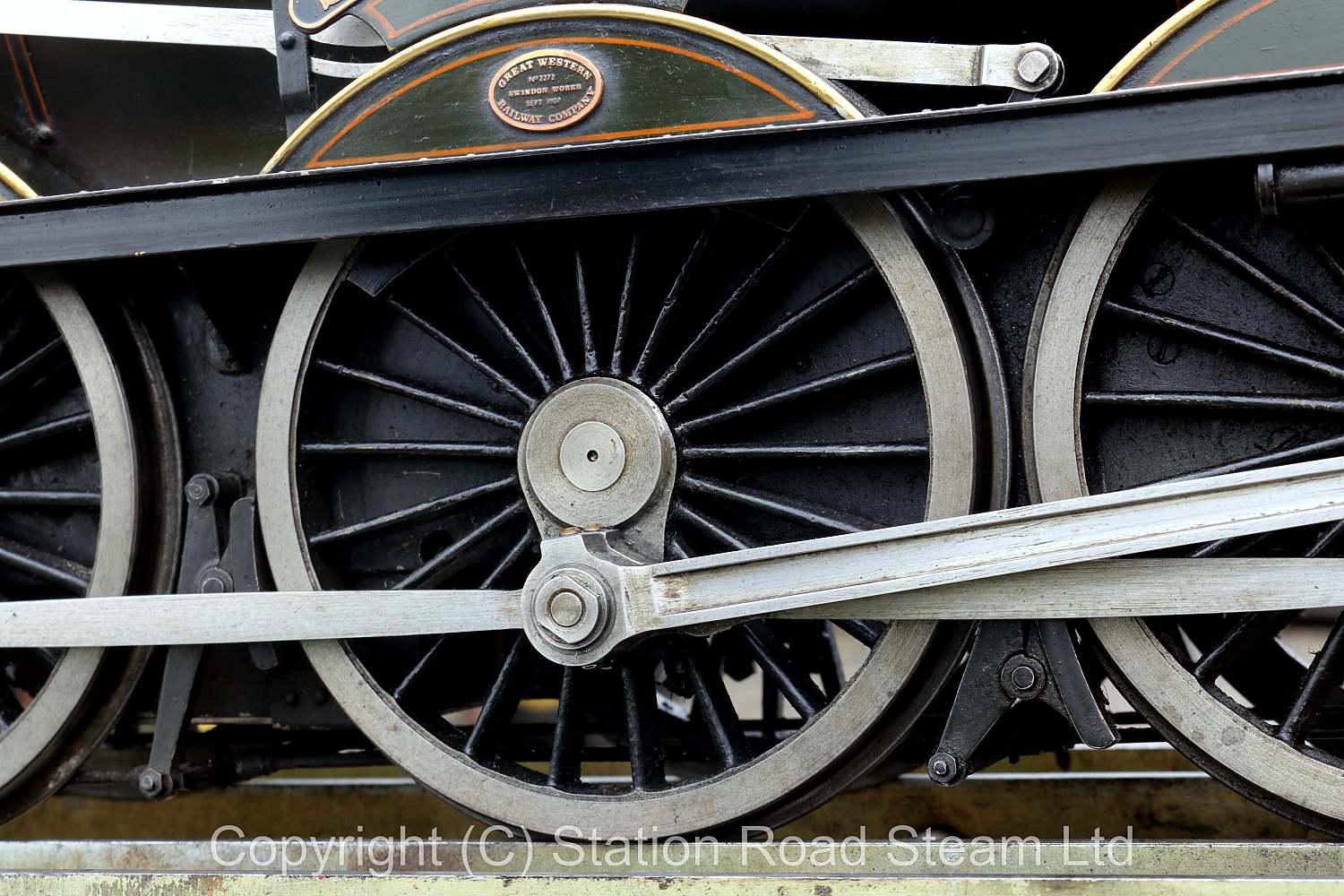 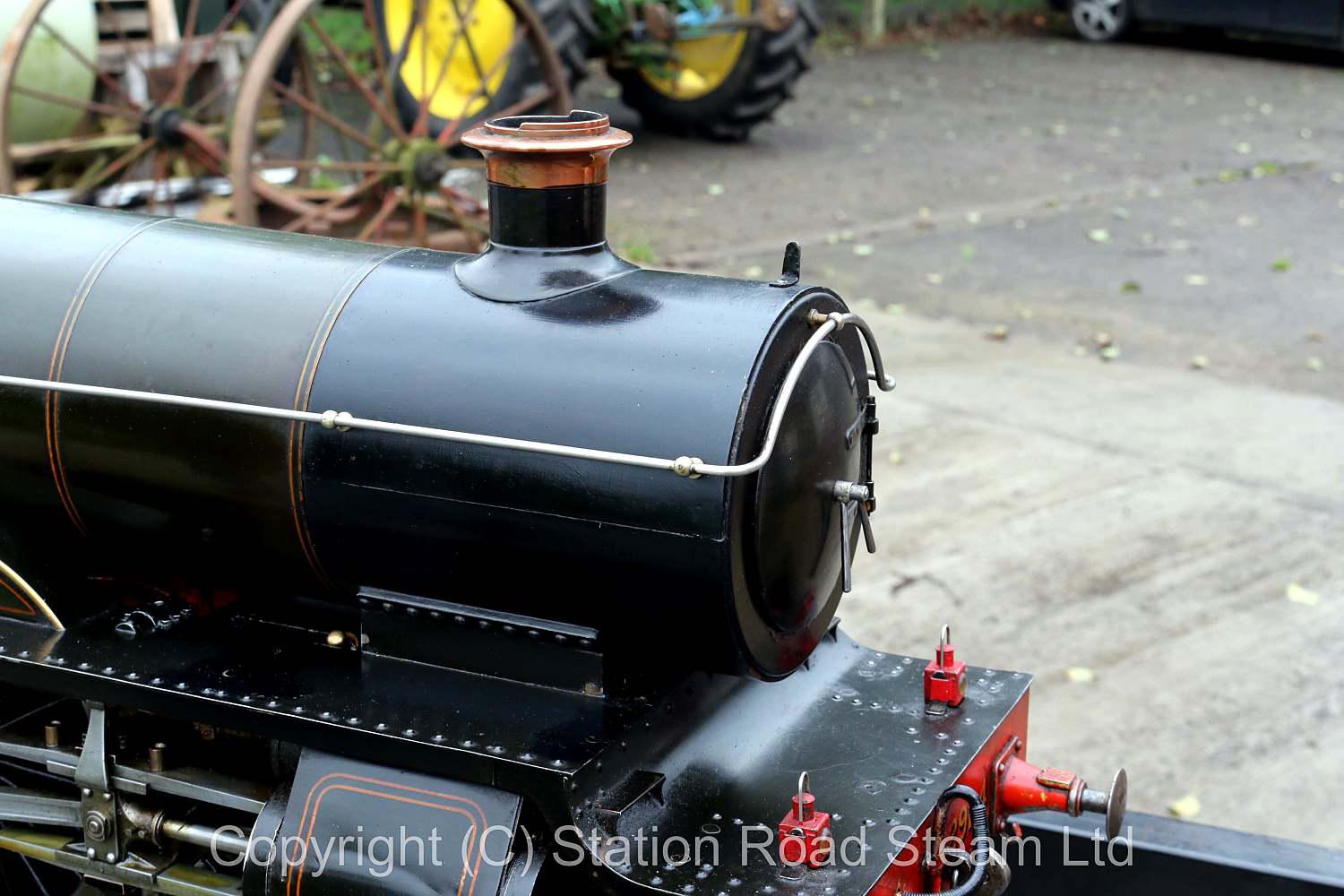 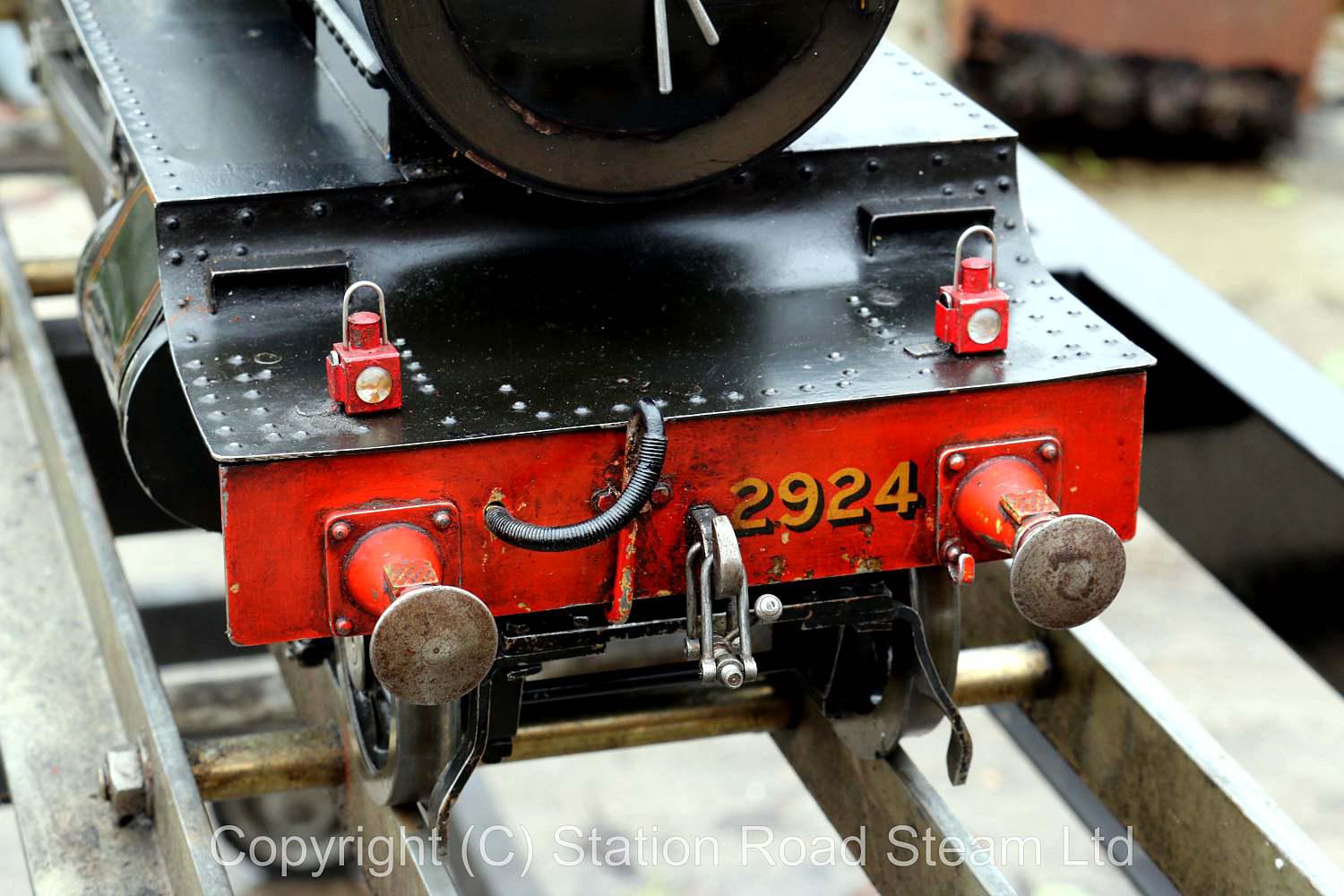 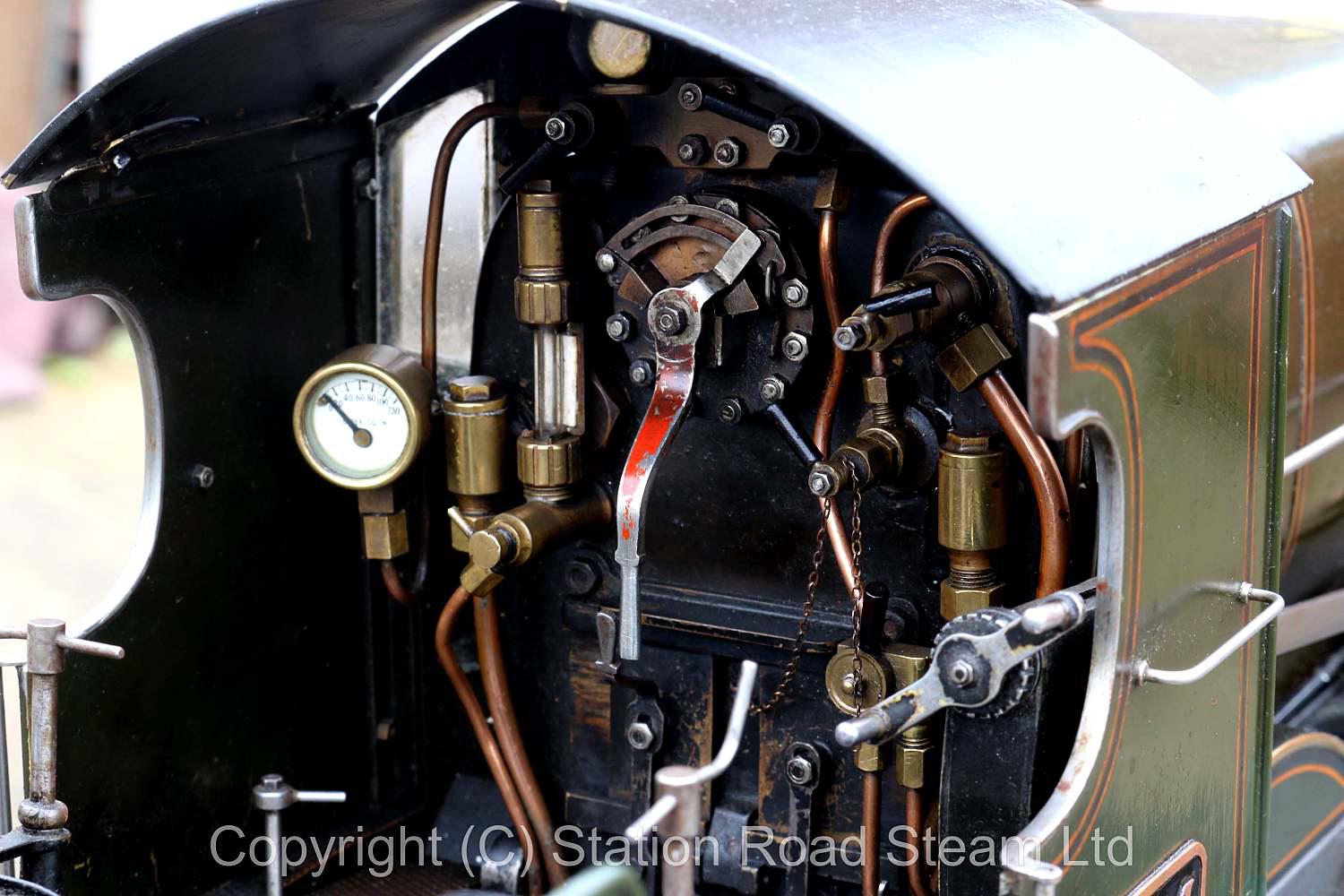 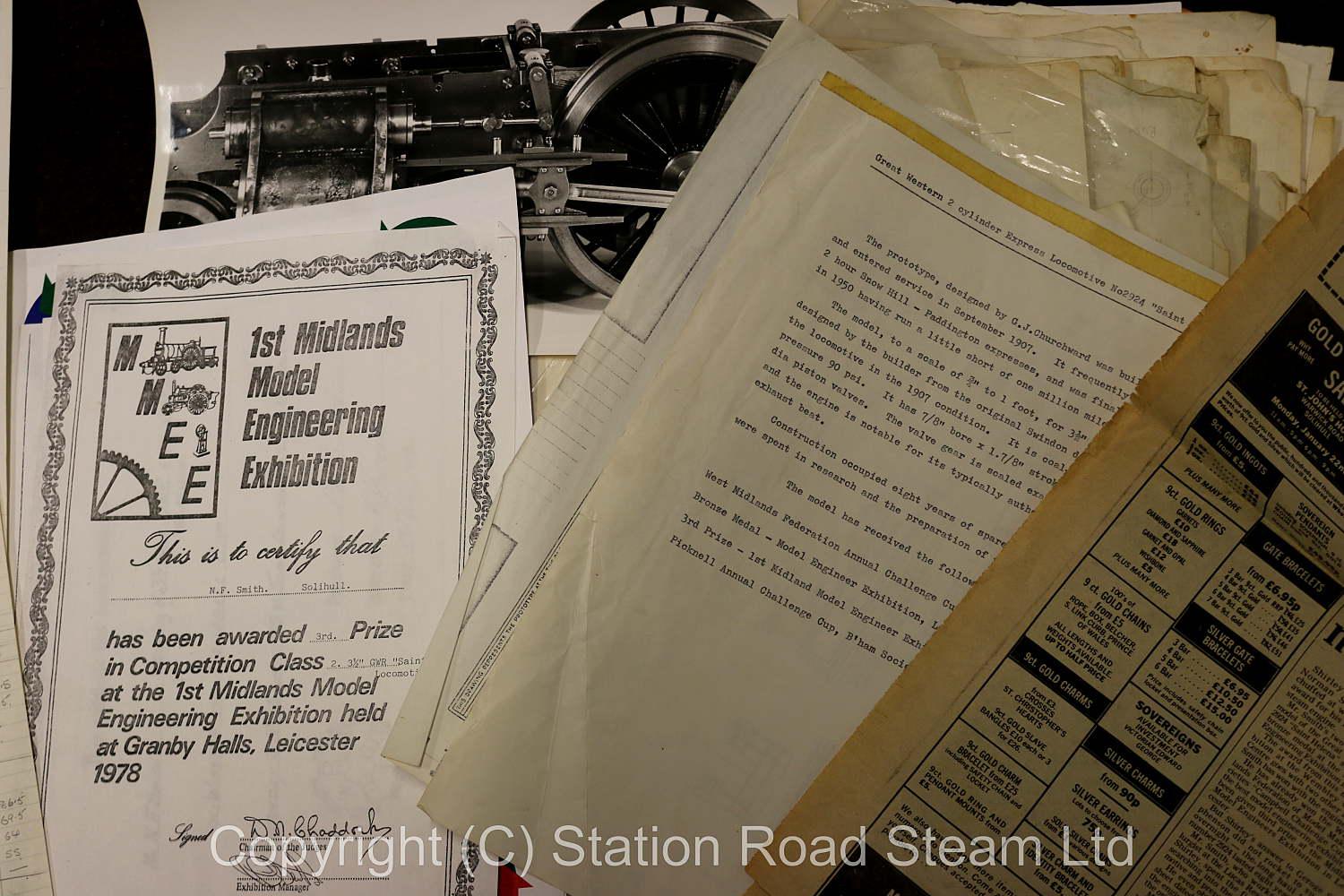 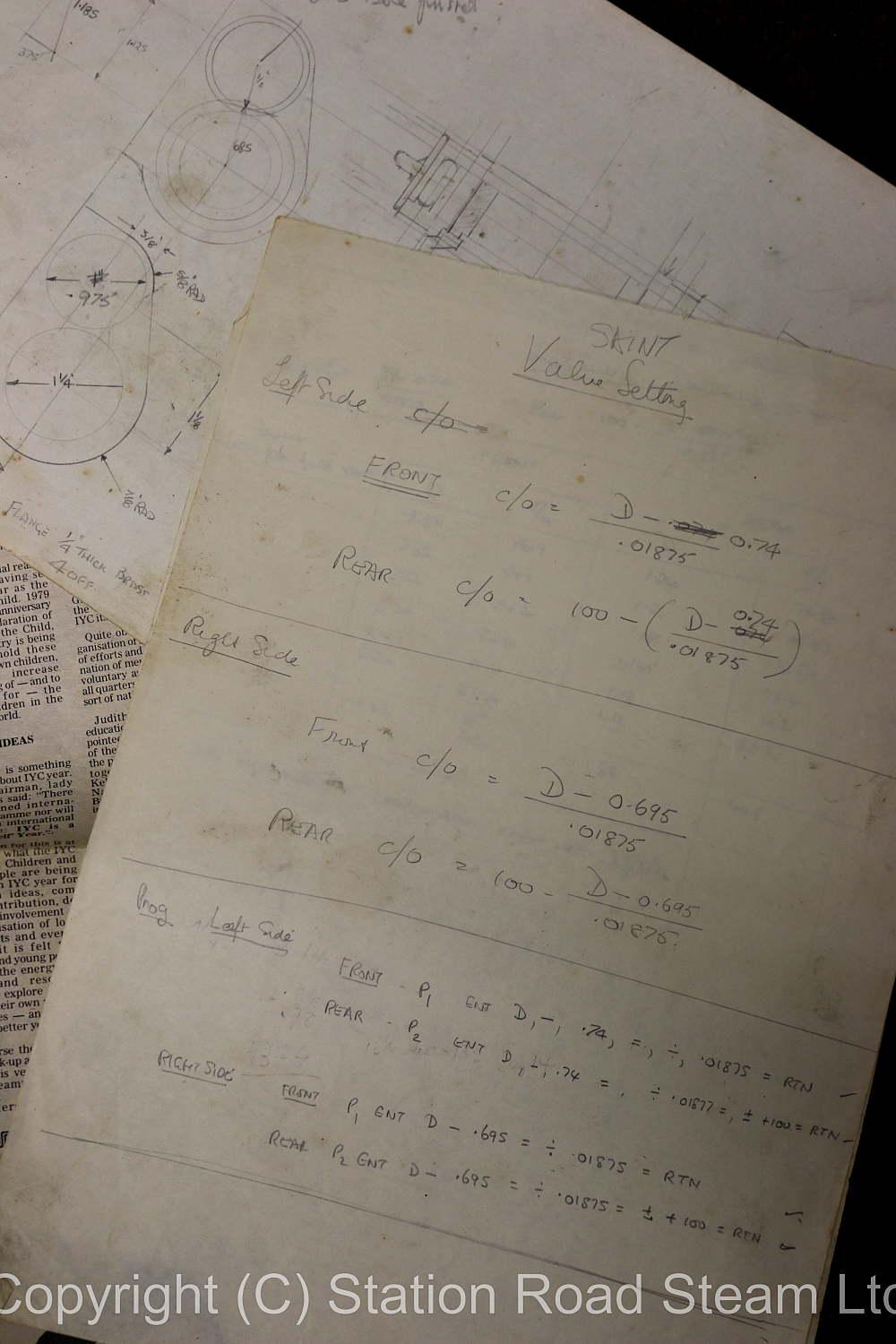 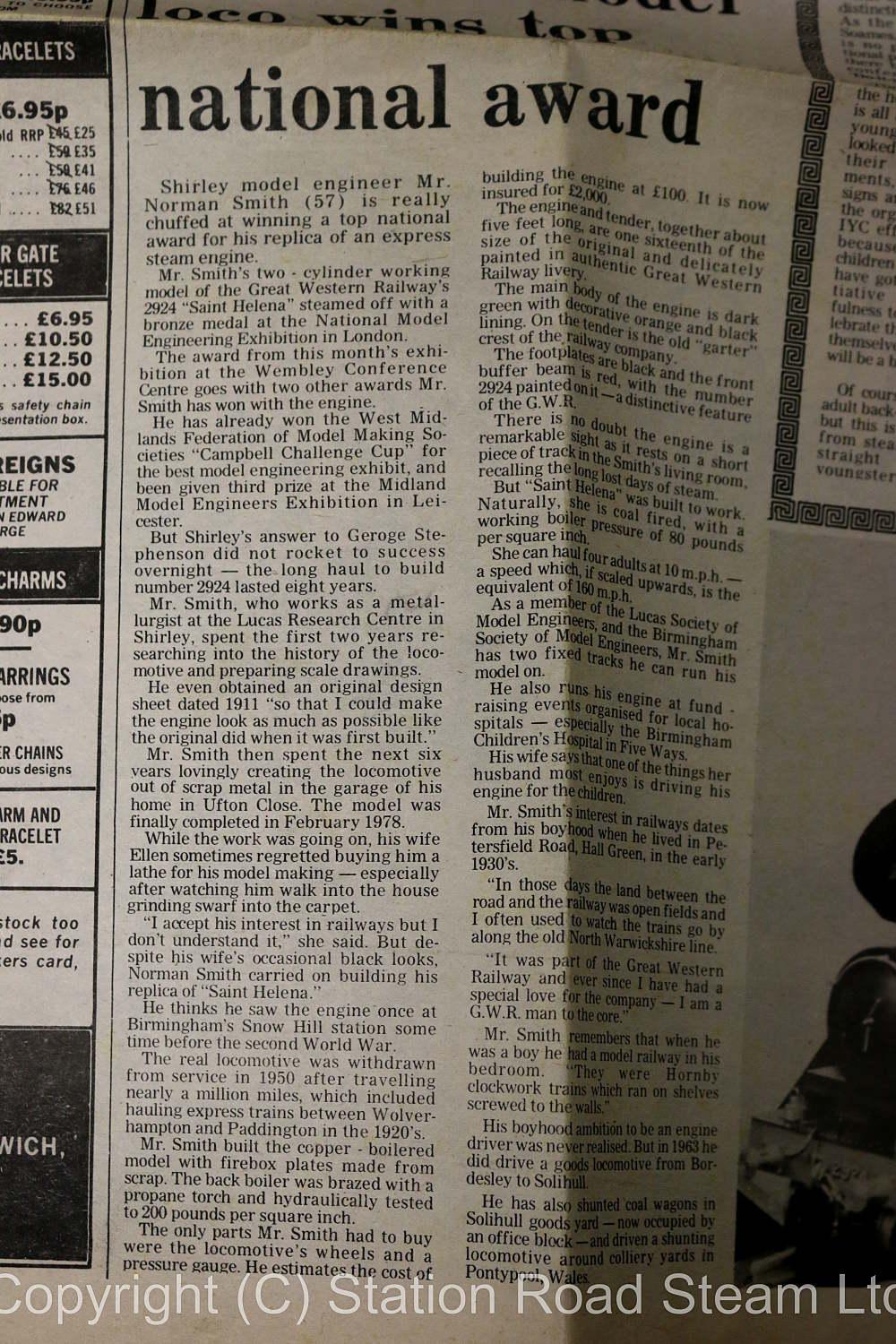 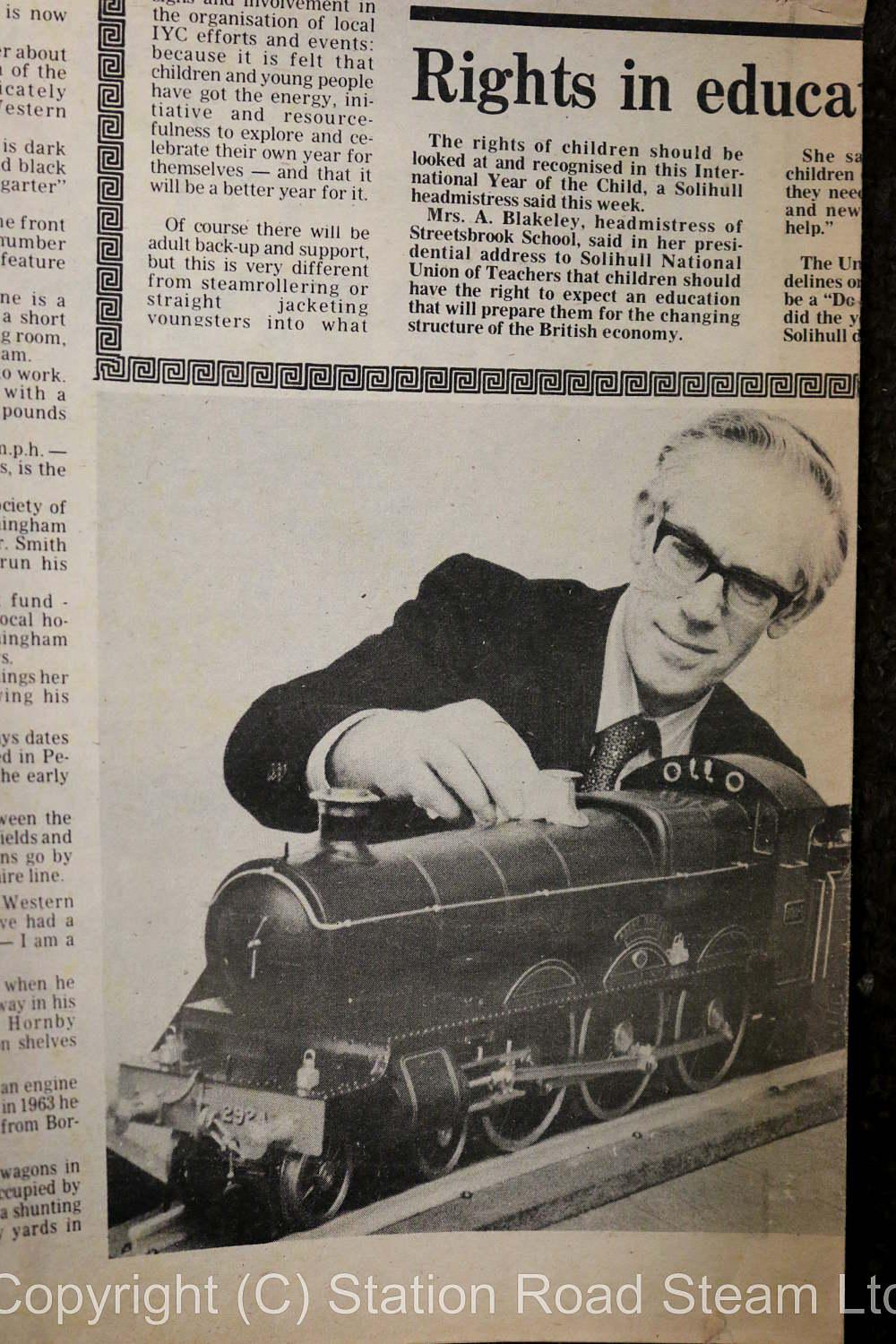 A finely made 3 1/2 inch gauge Great Western Saint, Churchward's beautifully proportioned 4-6-0 designed in 1902 and built up until 1913 - none survived into preservation. The prototype for this model, "Saint Helena", was built at Swindon in 1907, scrapped there in 1950. I've got a Saint of my own, unfortunately of a size which Mrs P would object to in the house when not in use - a 3 1/2 inch gauge version is a tempting proposition for home...

This model was completed in 1978 after a nine year build, including two years research and drawing. The work of a professional engineer, the engine is finely proportioned and well-detailed. It has obviously seen a good deal of use over the years although remains in good mechanical order. Paintwork has, in the main, a nice lived-in patina - it would be a shame to repaint it, possibly just retouching buffers and beams.

Boiler has been hydraulic tested and is sound, the engine runs well on air. Motionwork is by and large in good condition, with some wear in the little ends - not unexpected in a forty year old engine. The brass cab spectacle frames appear to be by a different hand to the builder and need replacement, there are two minor dings in the boiler cleading which you can see in the pictures. There is a folder full of drawings and builder's notes with the engine, including a newspaper article about the man from 1979.

Don't know why Saints don't get modelled more often - I suspect in 5 inch gauge the ubiquitous "Torquay Manor" design mops up most men enrolling to build something Great Western.