Sold April 2010 Back to Archive 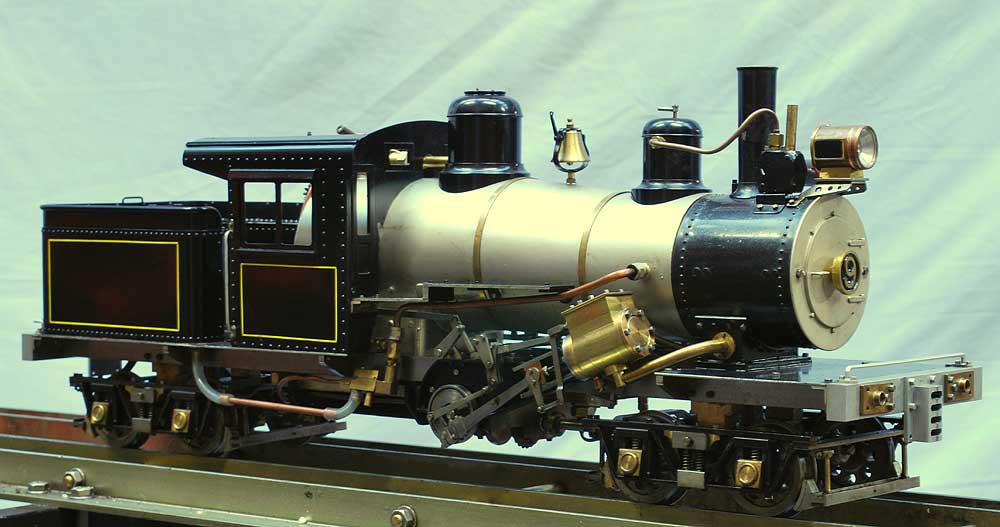 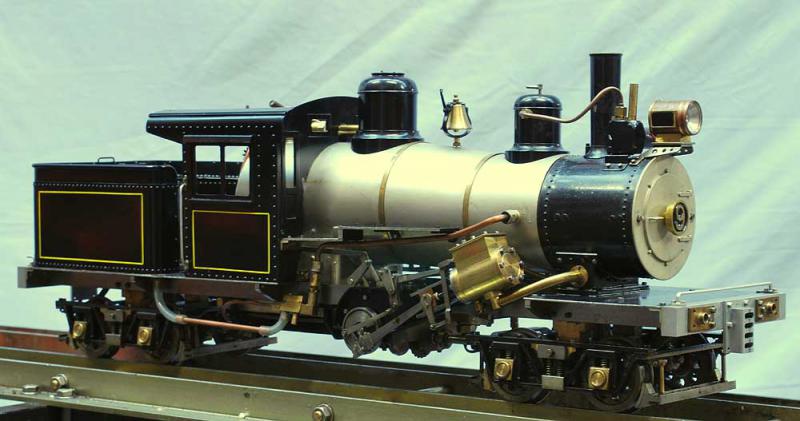 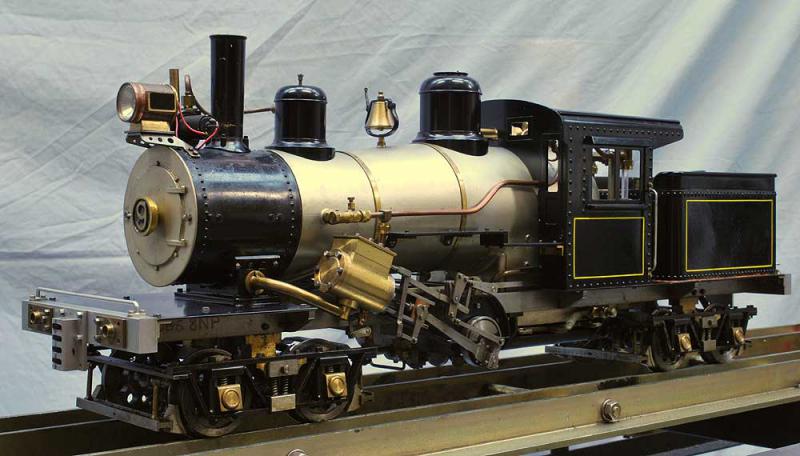 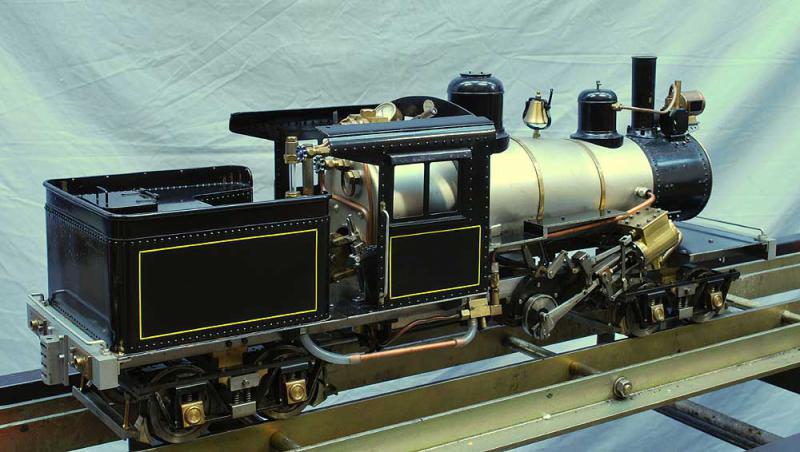 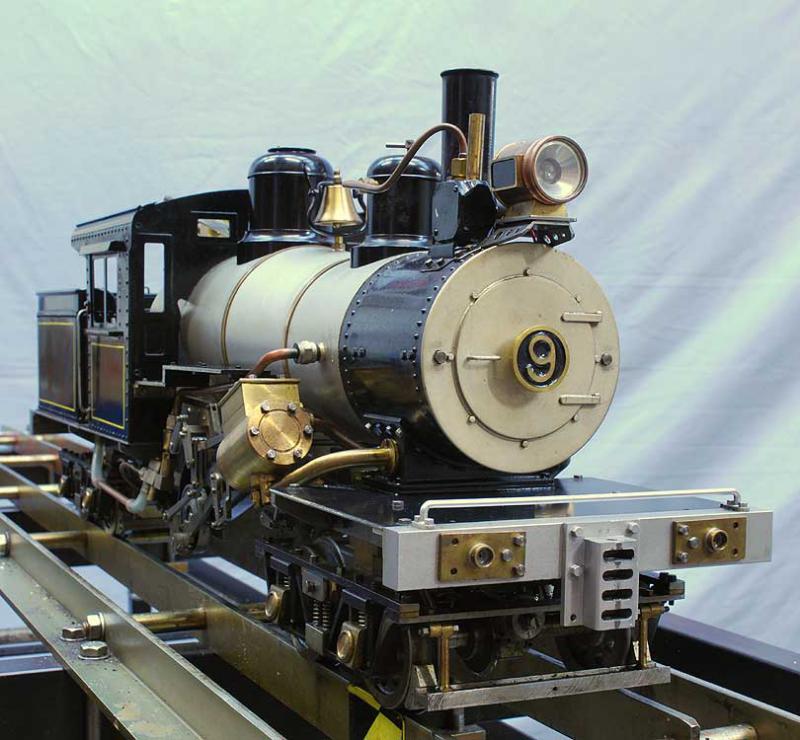 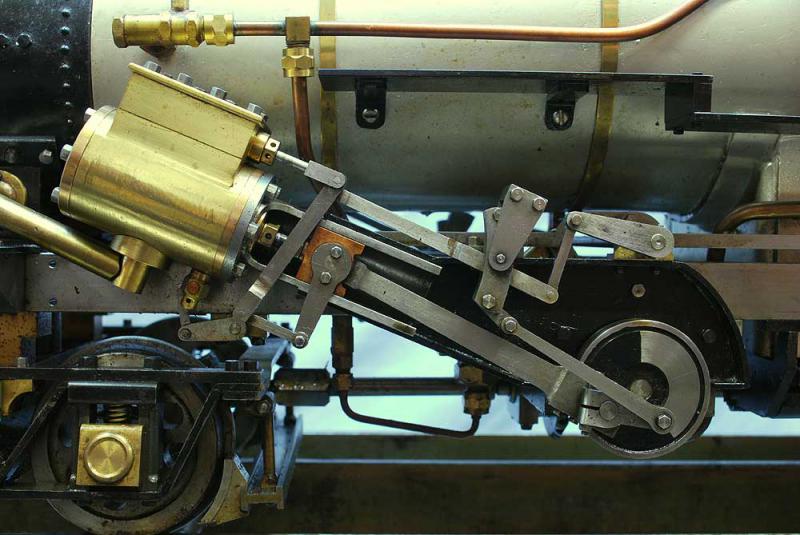 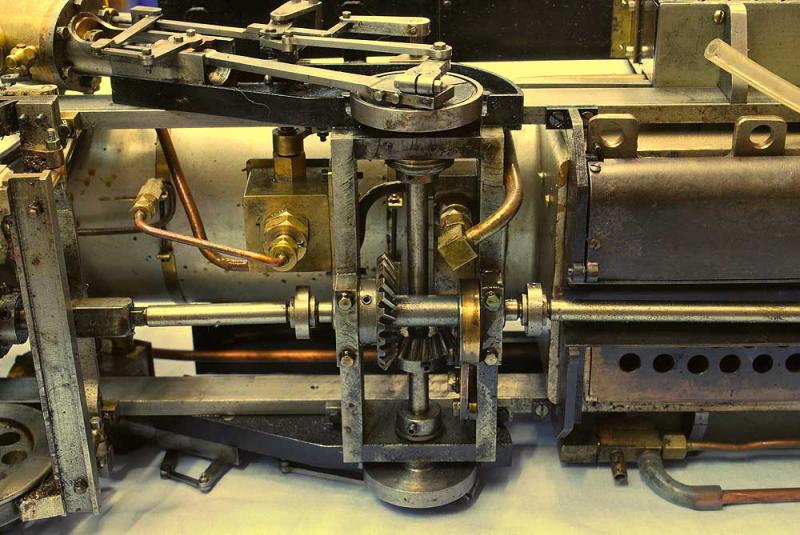 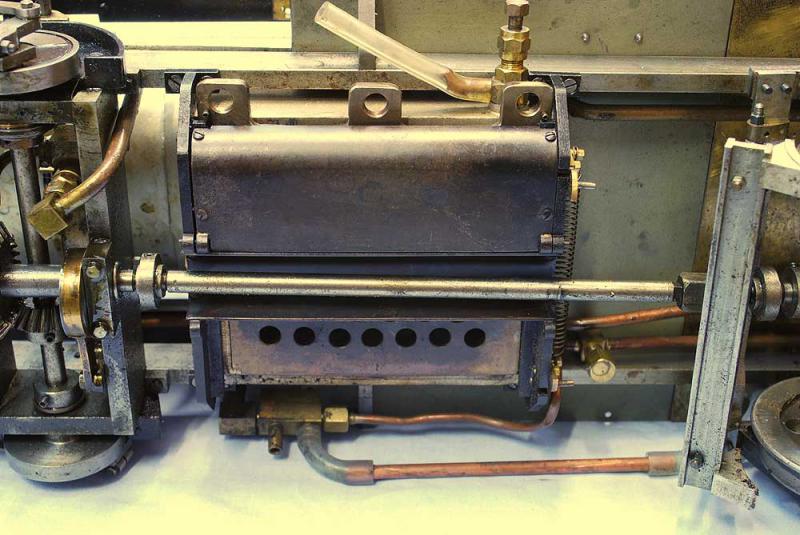 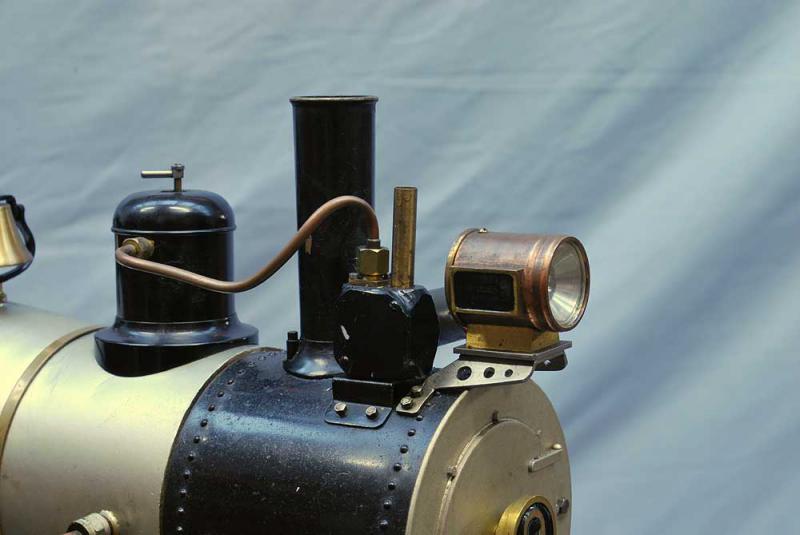 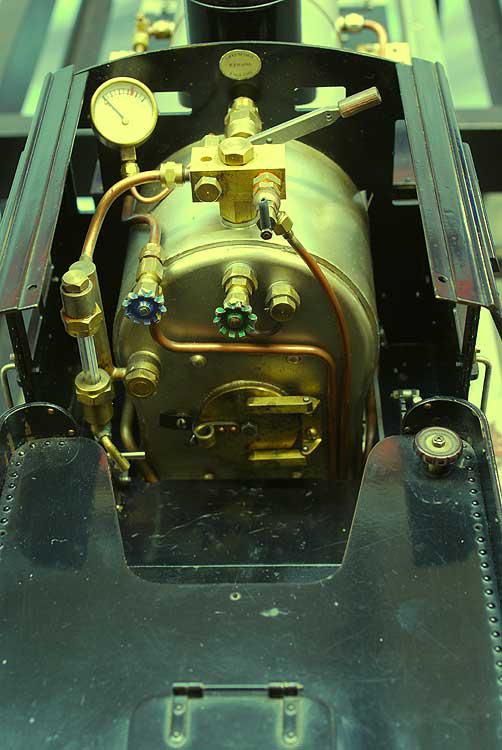 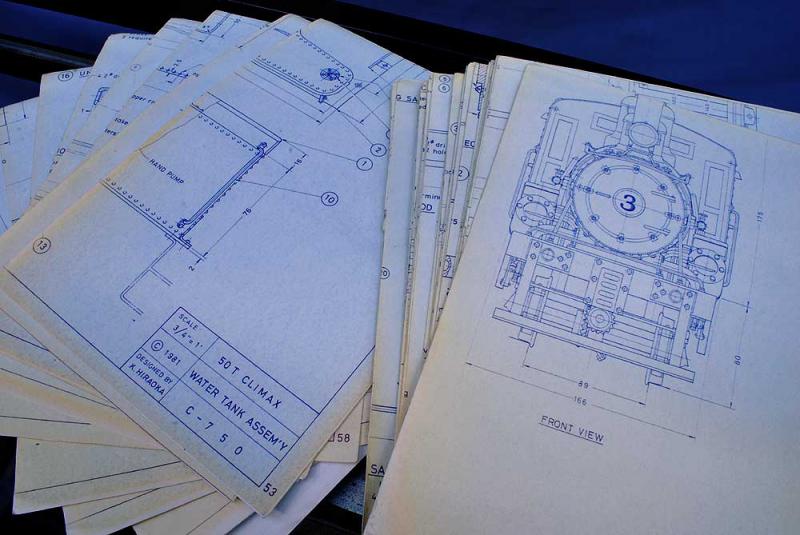 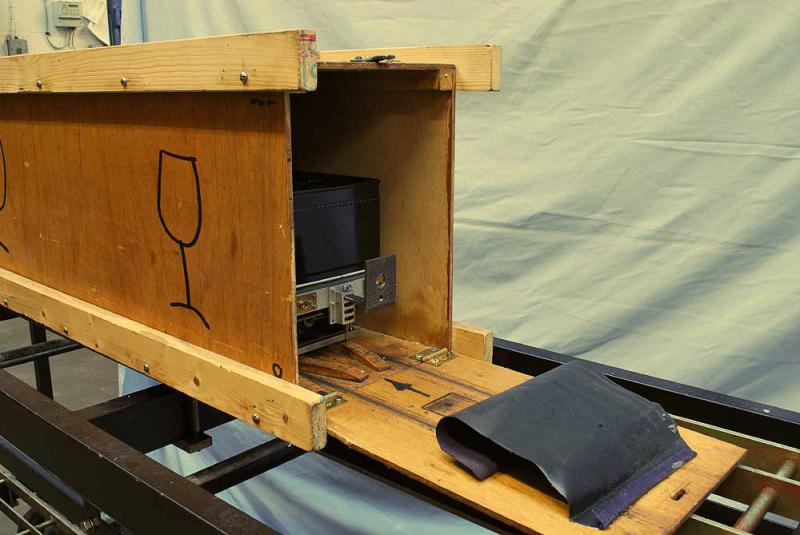 I've had this one in before, still in the same condition its recently come back as part exchange against a 4 inch scale traction engine.

A particularly well-made example of a rarely modelled prototype, this 3 1/2 inch gauge Climax geared locomotive was built to the well-known (if little-built) design by Kozo Hiraoka. The previous owner believed it to have been commercially built as one of a pair - there is evidence it has been test steamed although from the condition of the motion it has done next to no running.

Silver soldered copper boiler, feed by injector and transversely-mounted mechanical pump between bogies. Gunmetal cylinders with slide valves actuated by Walschaert's gear with pole reverser in cab, mechanical lubricator. Up front there is a headlamp powered by a turbogenerator, with steam feed from the dome.

Underneath things get fairly unconventional, the locomotive sits on a pair of articulating bogies with drive to all axles by bevel gears and shafts - the full-sized engines had a mighty reputation for pulling huge loads round tight bends and were used extensively in American logging and mining operations in the late nineteenth and early twentieth century.

Fit and finish is excellent, the motion runs like a sewing machine.

Complete with a purpose-built storage case and a set of unmarked drawings.