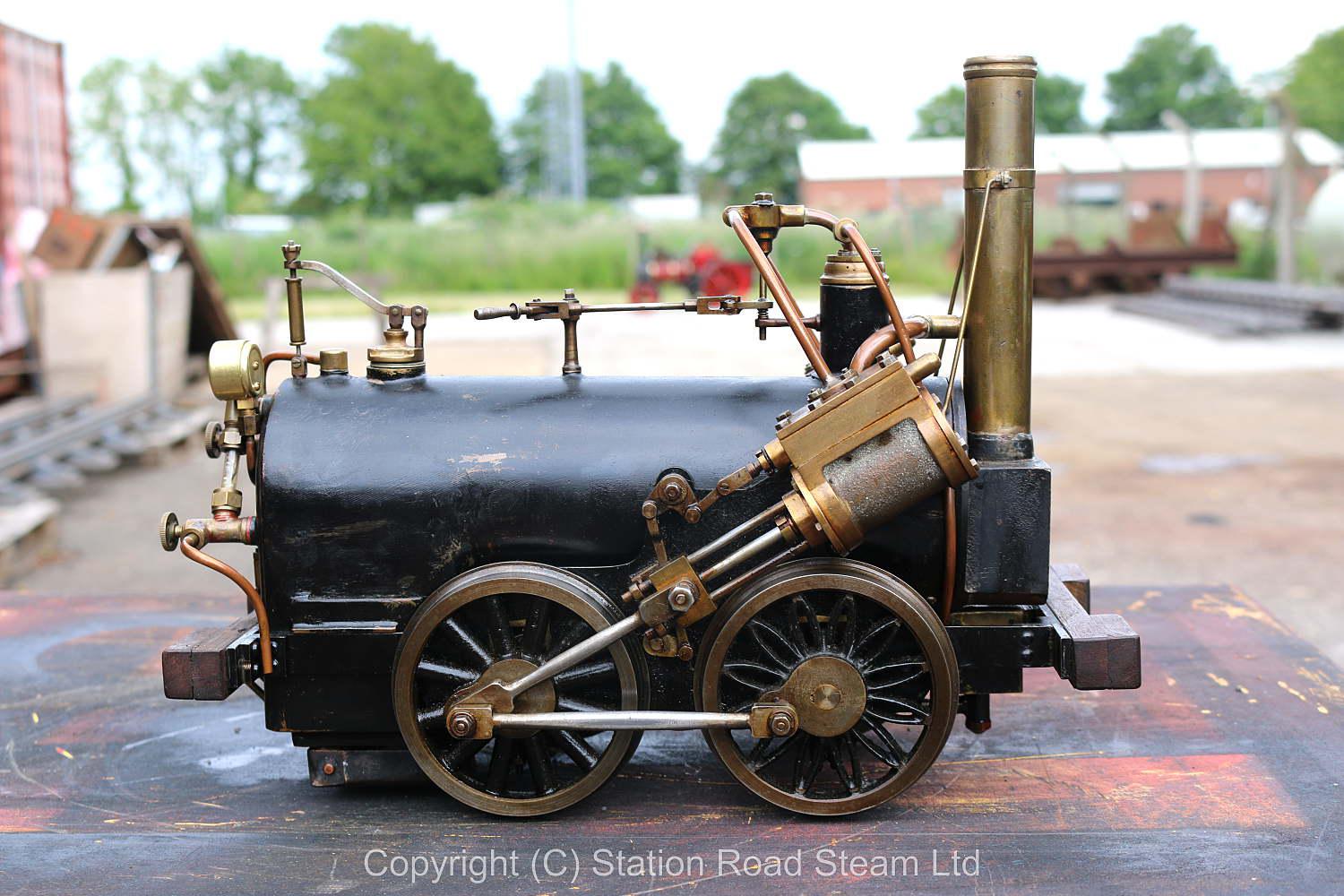 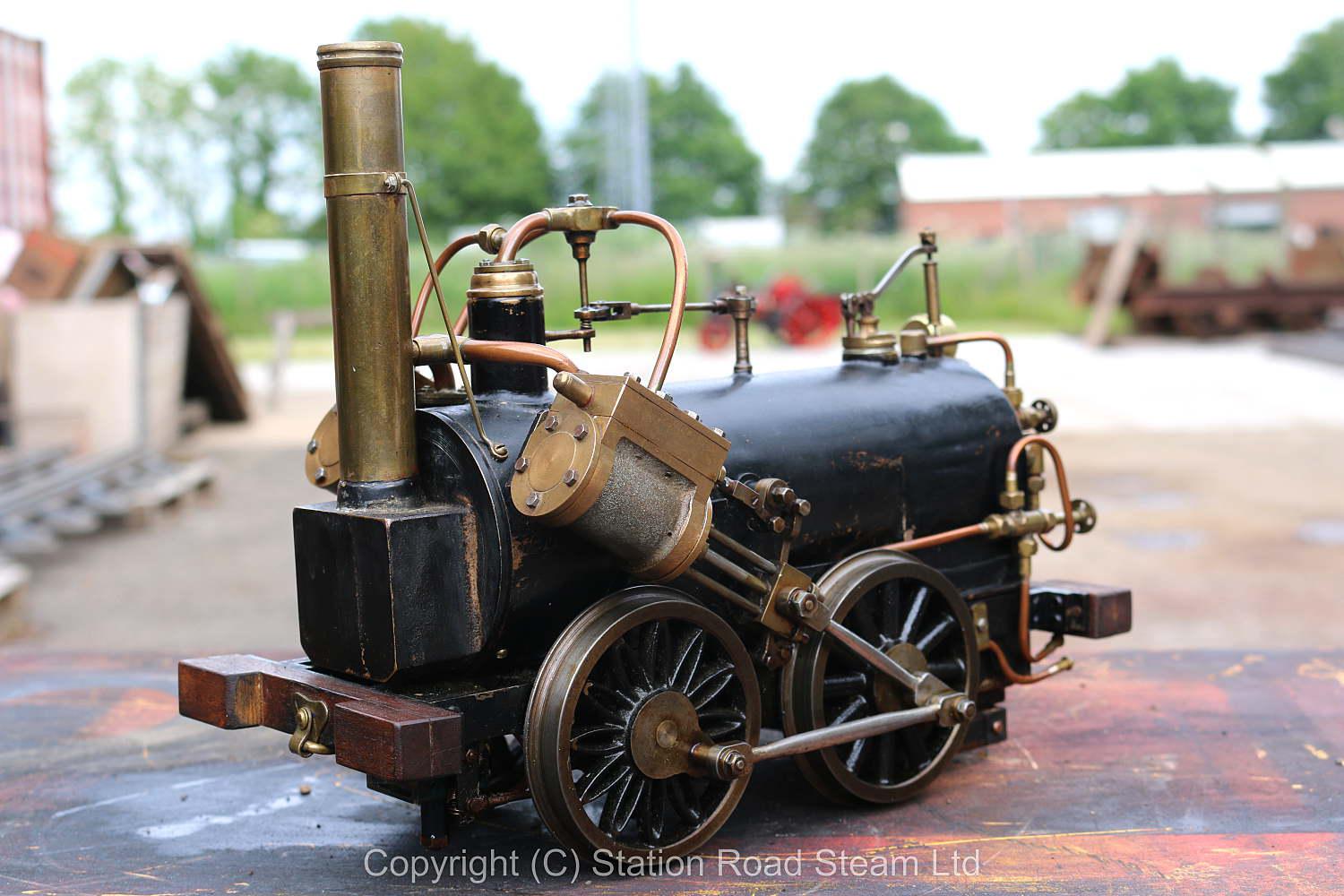 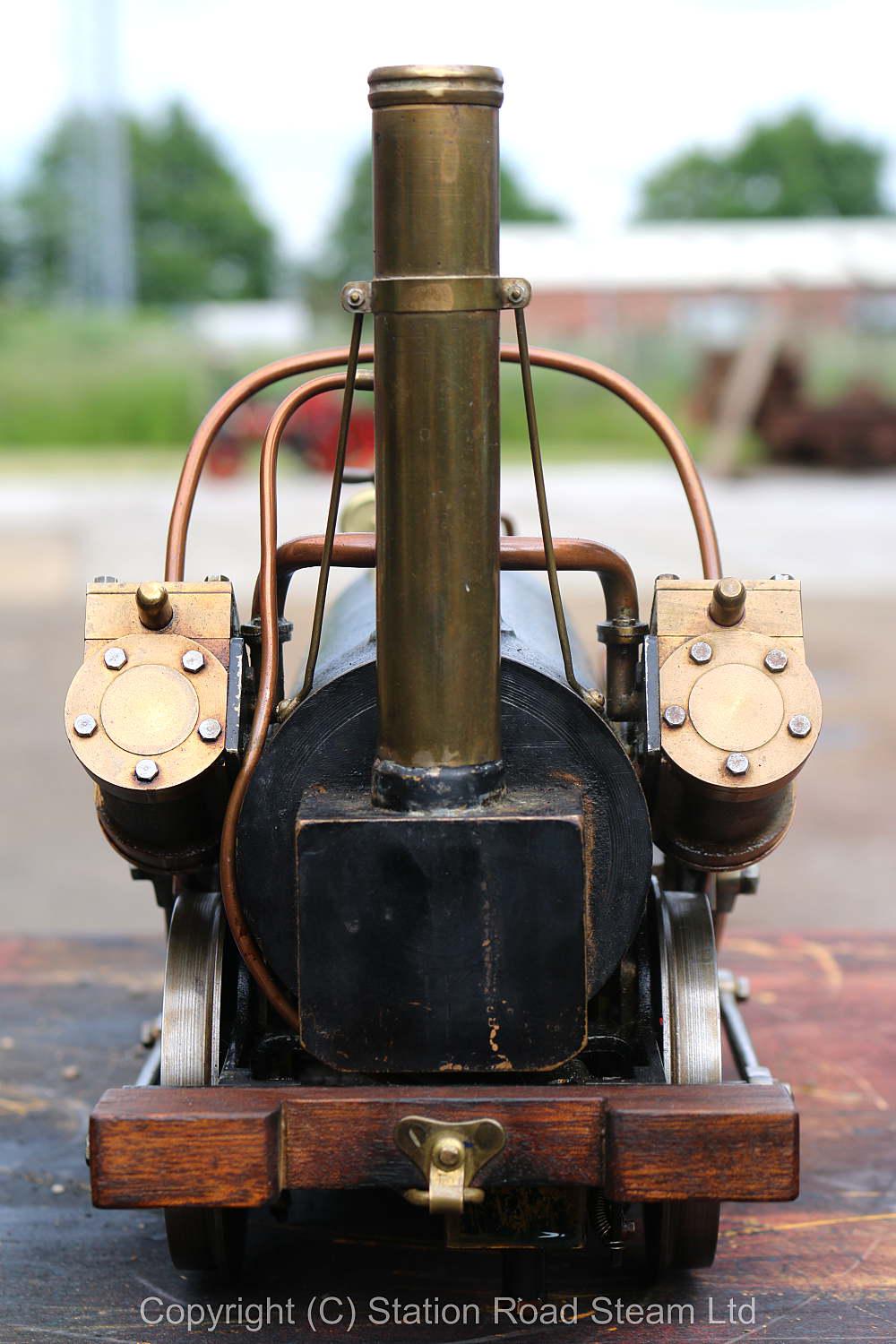 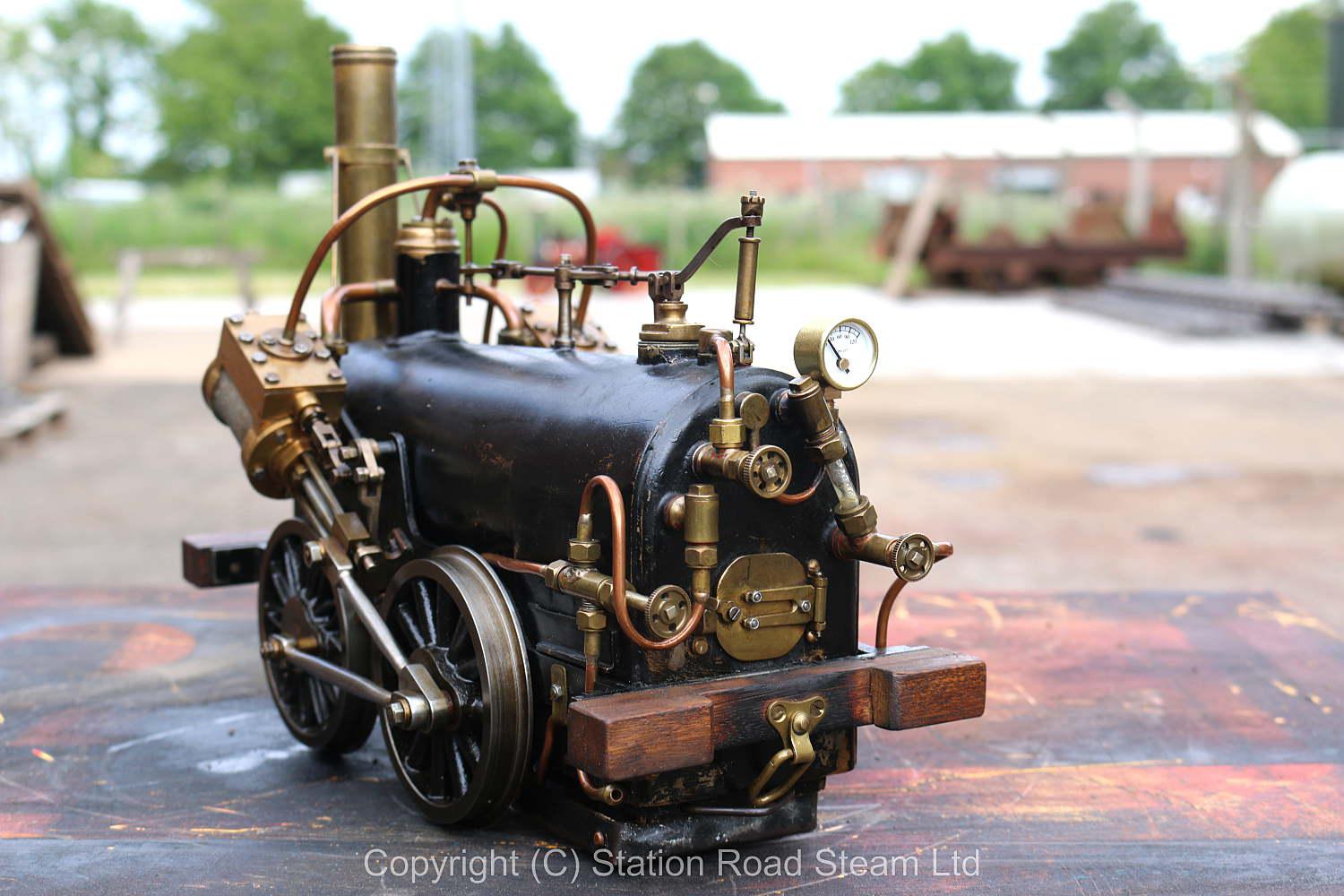 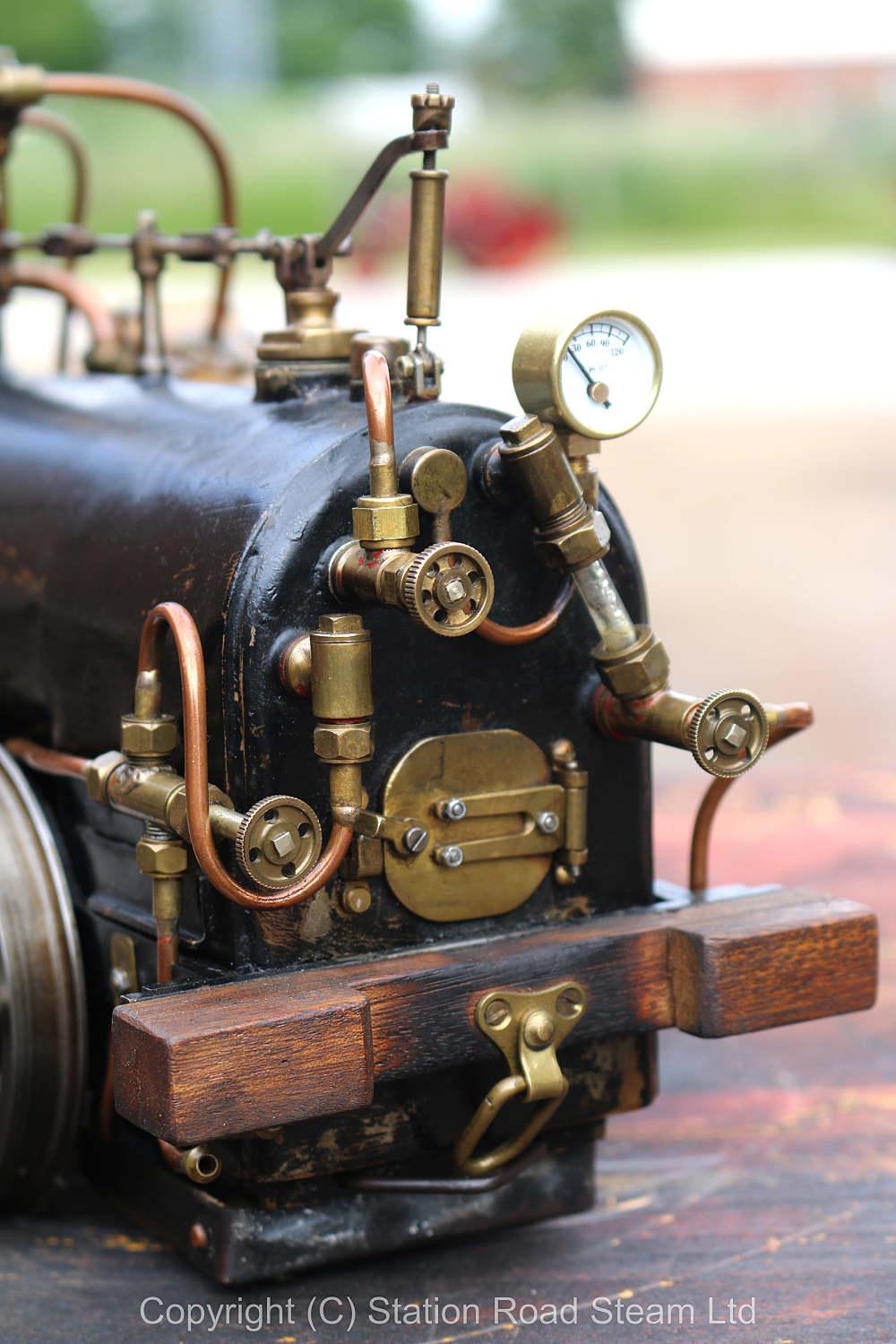 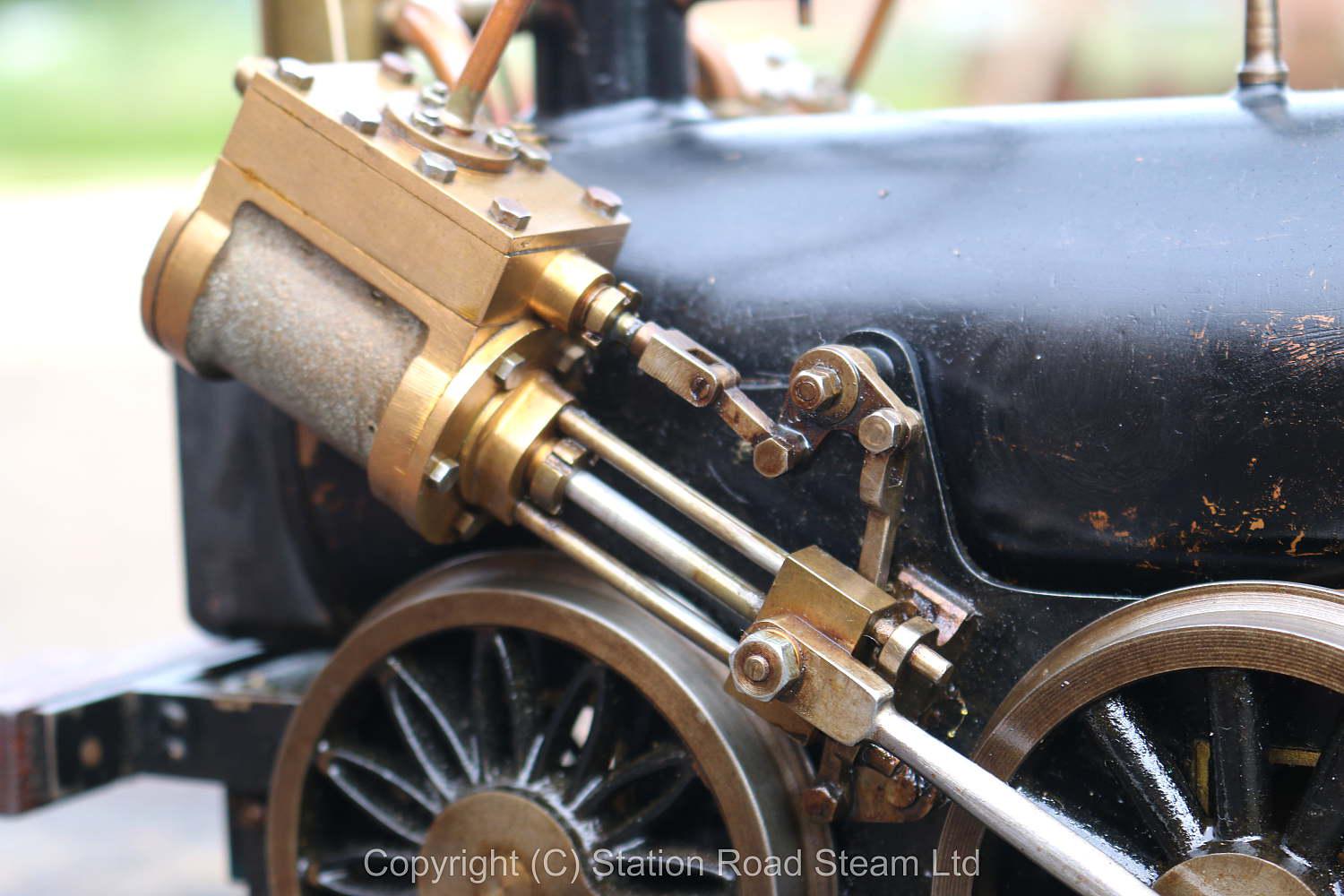 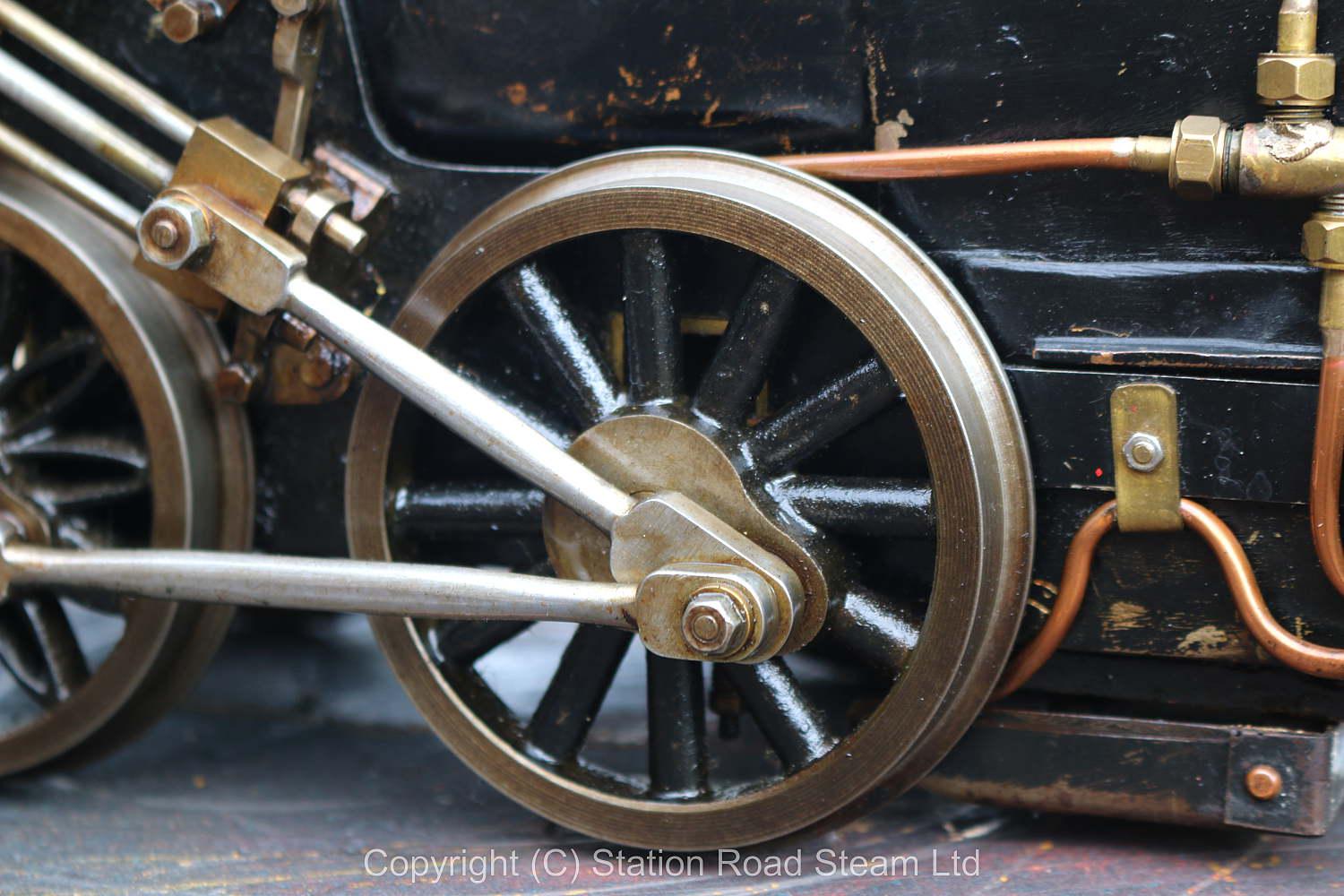 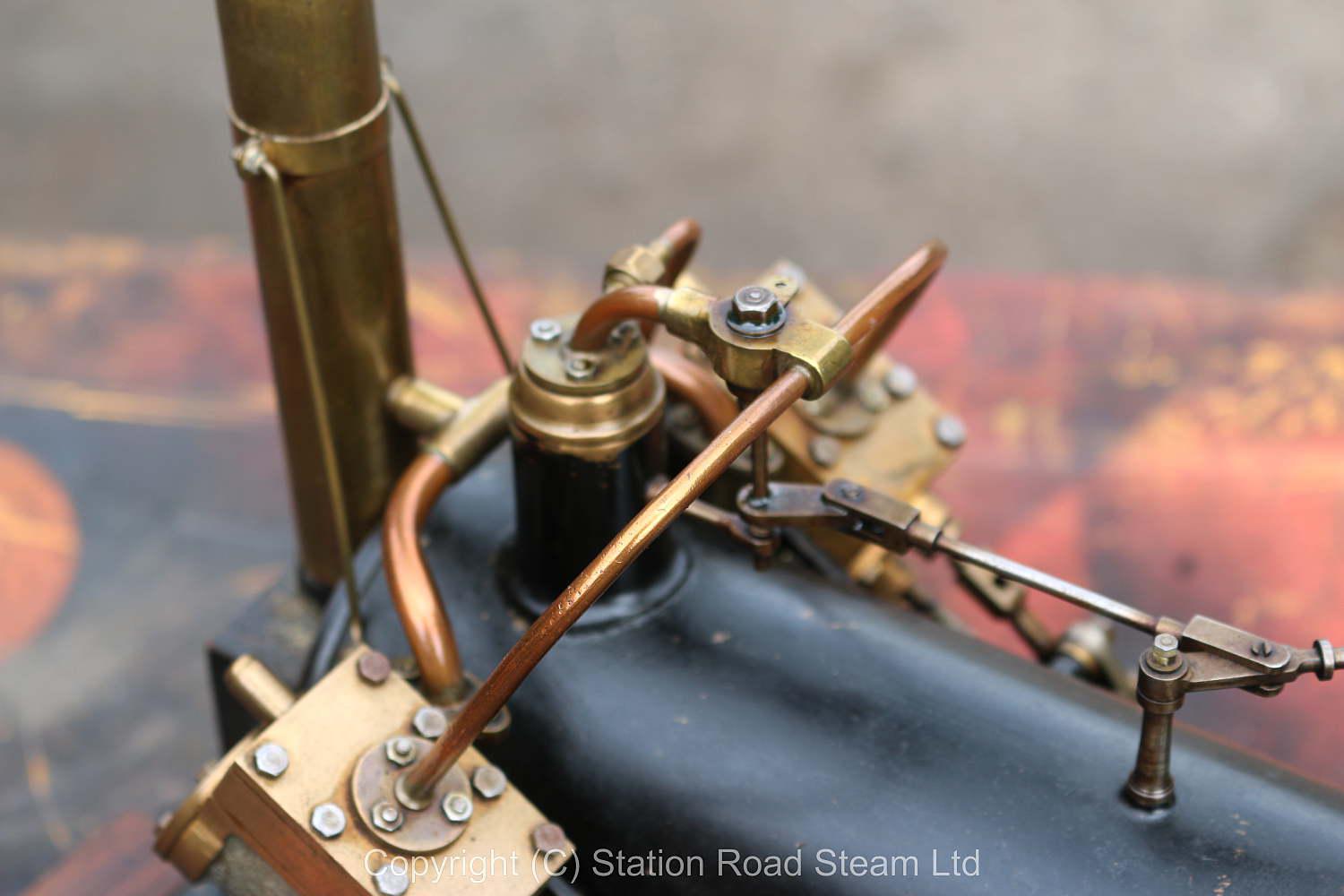 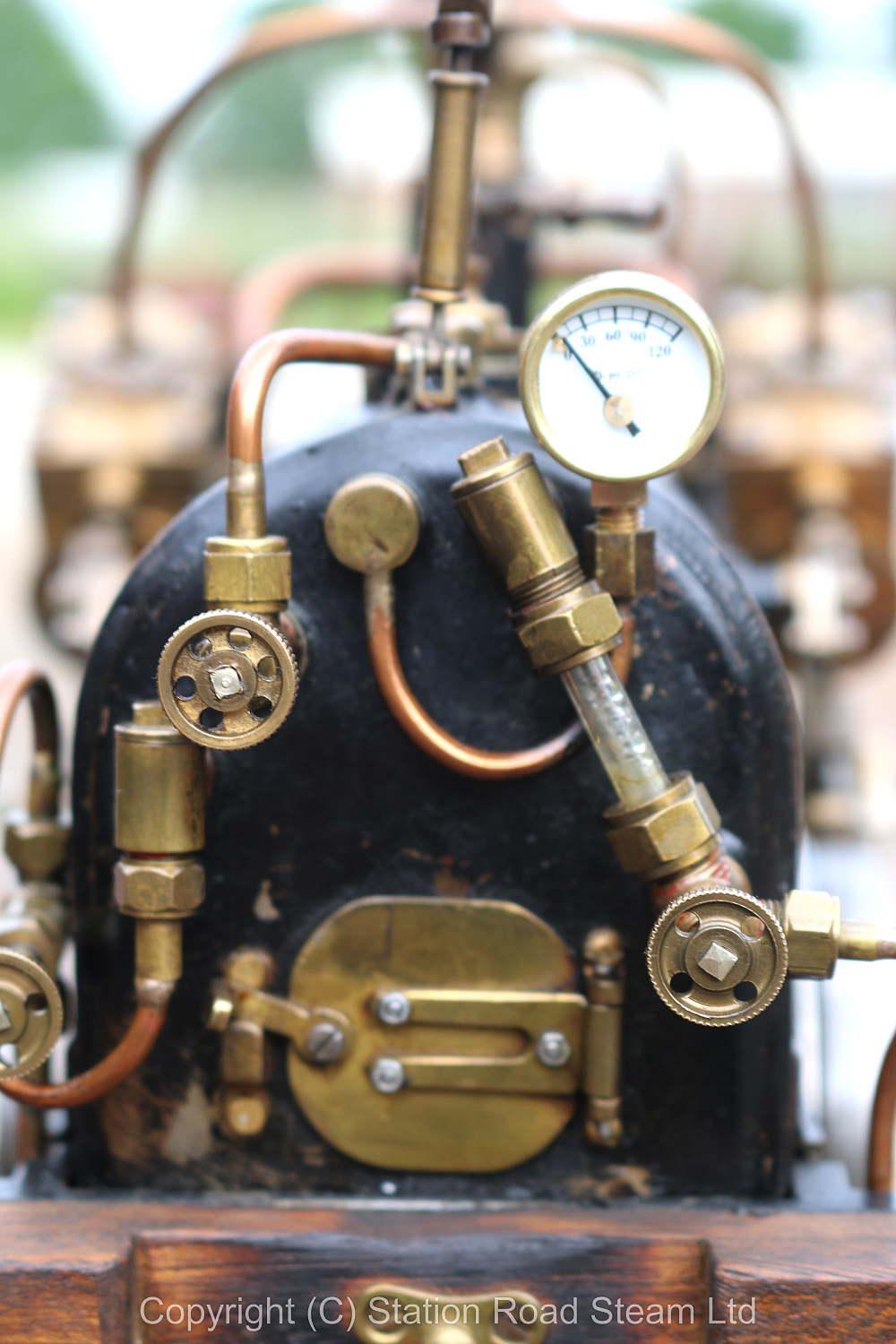 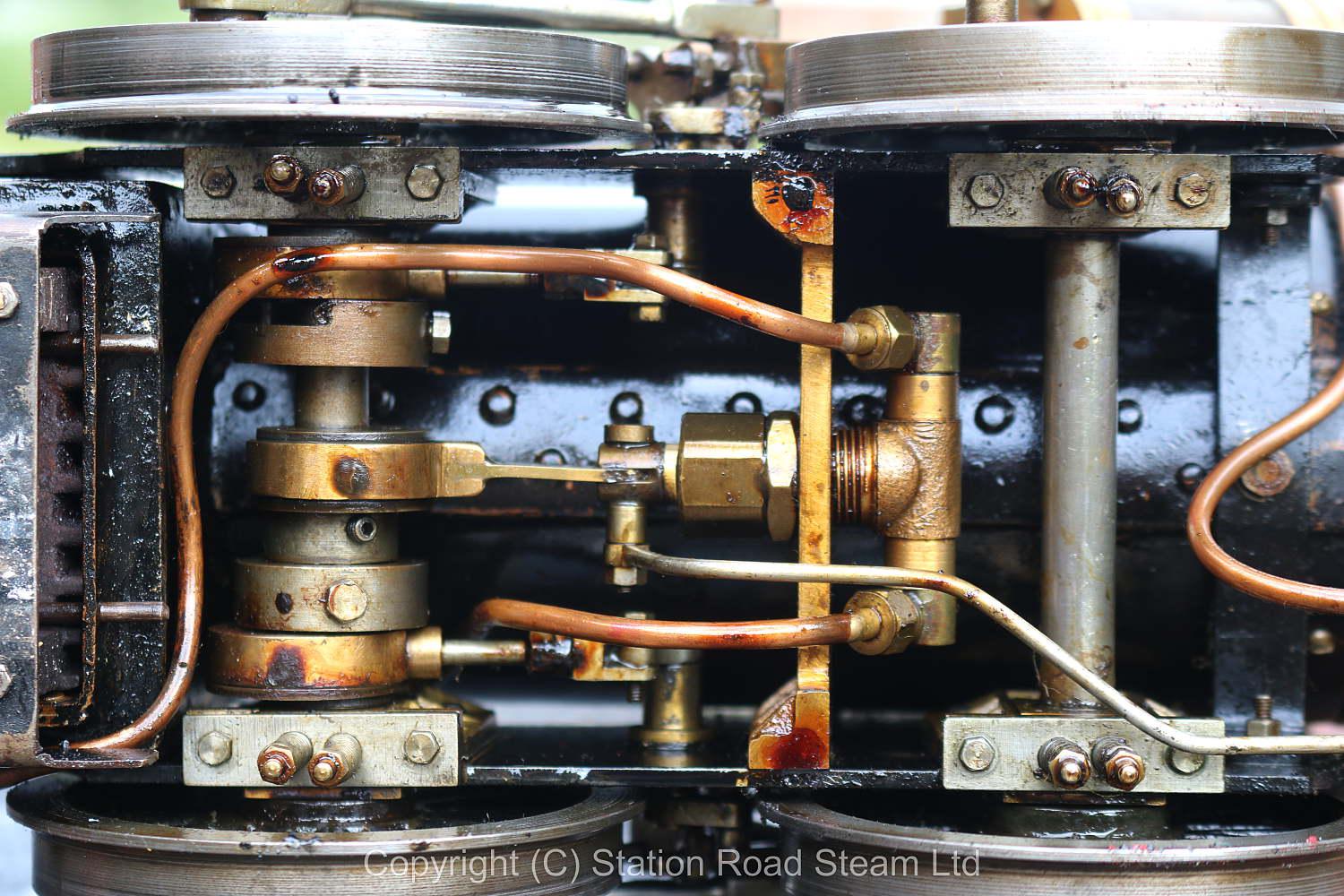 I think that, because of its modest size and LBSC's famous "anybody can do it" write up, his "Canterbury Lamb" design for a 3 1/2 inch gauge version of the Canterbury & Whitstable Railway "Invicta" attracts more than its fair share of tyro builders - as such we see a good number of CLs offering "optimization opportunities", usually required to make them work at all.

This one is a different kettle of fish - obviously an older build, it looks to have done its share of running in the past although when it arrived here the thing was as dry as dust, having sat on the last owner's bookshelf for as long as he could remember. In its muted black paintwork, it's got something of the prehistoric look of the original to my eye. Boiler is in good order - it's been tested at 100psi for 50psi working pressure which is more than enough for something of this size and vintage - cylinders are in gunmetal with a mechanical lubricator, slide valves are actuated by slip eccentric gear. Goes like the clappers on air, Harry - always a man for a challenge - had an interesting afternoon breaking up coal into teeny tiny pieces to get it running on steam. He succeeded, although by the time I'd managed to grab the video camera the matchbox-sized fire was a distant memory. I think it's fair to say not one of the great club passenger-hauling designs (nor, actually, was it ever supposed to be).

For now it's retired to the bookshelf in my office, where it sits just above a Lynton & Barnstaple of the same gauge - the Manning Wardle takes two of us to lift it, "Invicta" would fit in a shoebox with room to spare!

For those curious about the original engine, it still exists, preserved in the Canterbury Museum. Used to be outdoors with iron railings around it, I remember my father taking me to see it when I was small. I last saw it a few months ago when down in Canterbury to see a screening of the extraordinary 1920s home movie, recently discovered, featuring Count Louis Zborowski and his then newly built Highams Railway with "Little Giant" Atlantic by Bassett Lowke.

And yes, "Invicta" really does have mismatched wheels in both model and full size!