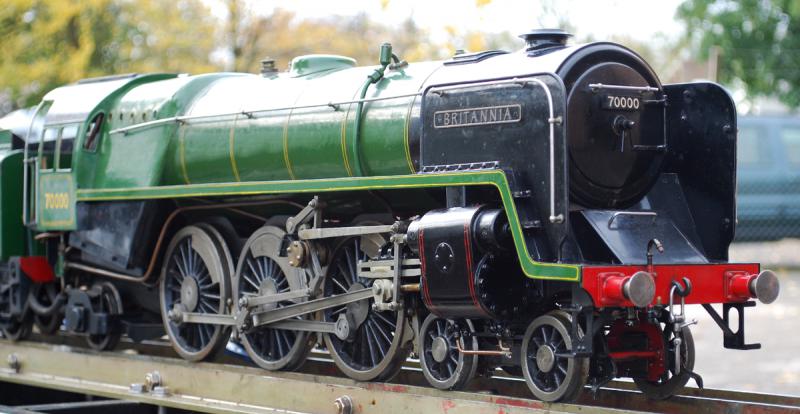 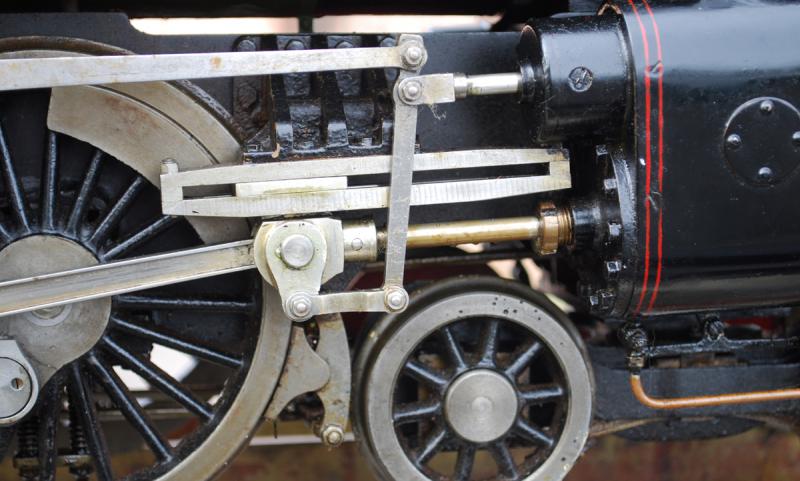 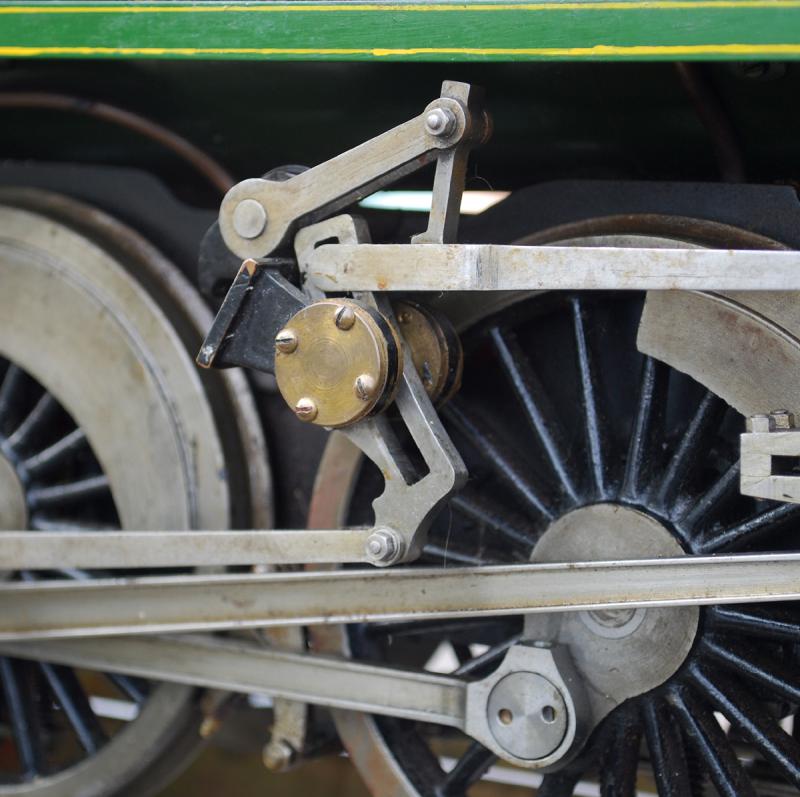 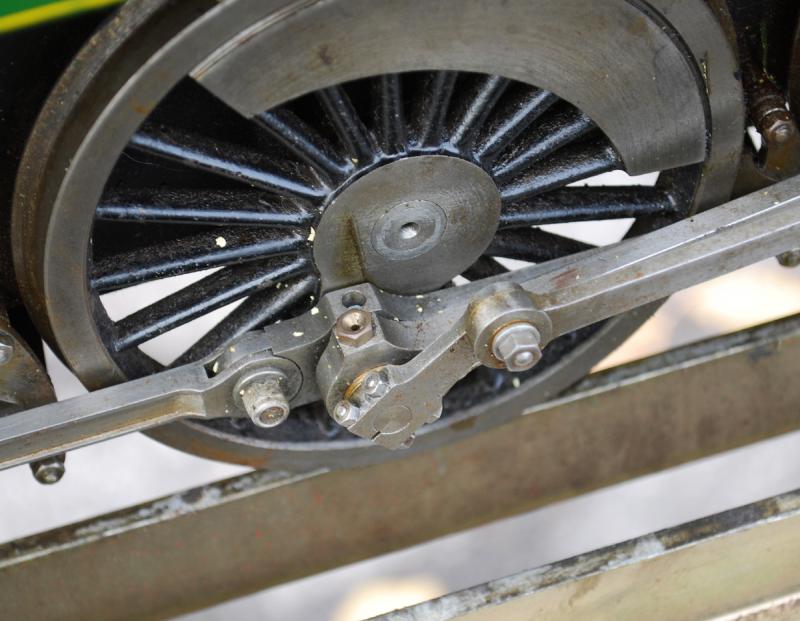 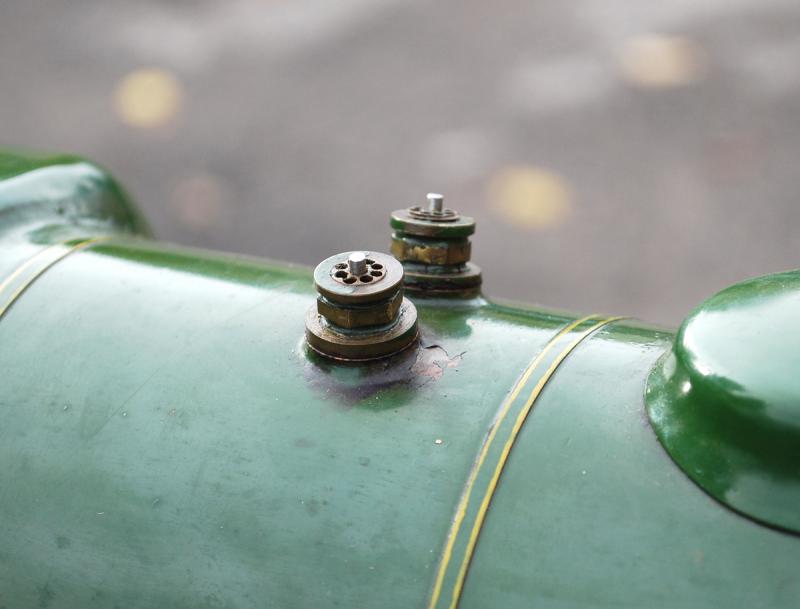 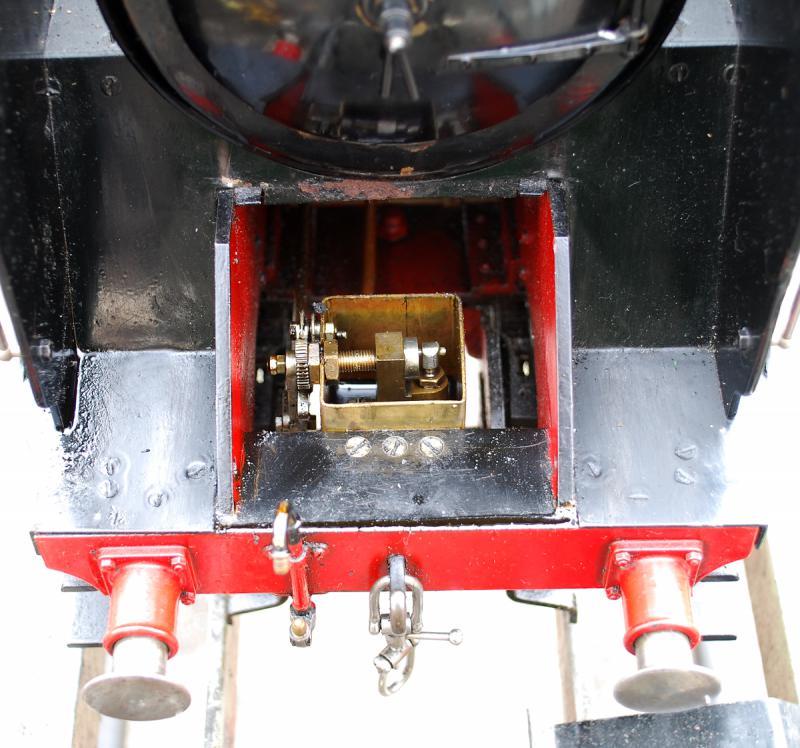 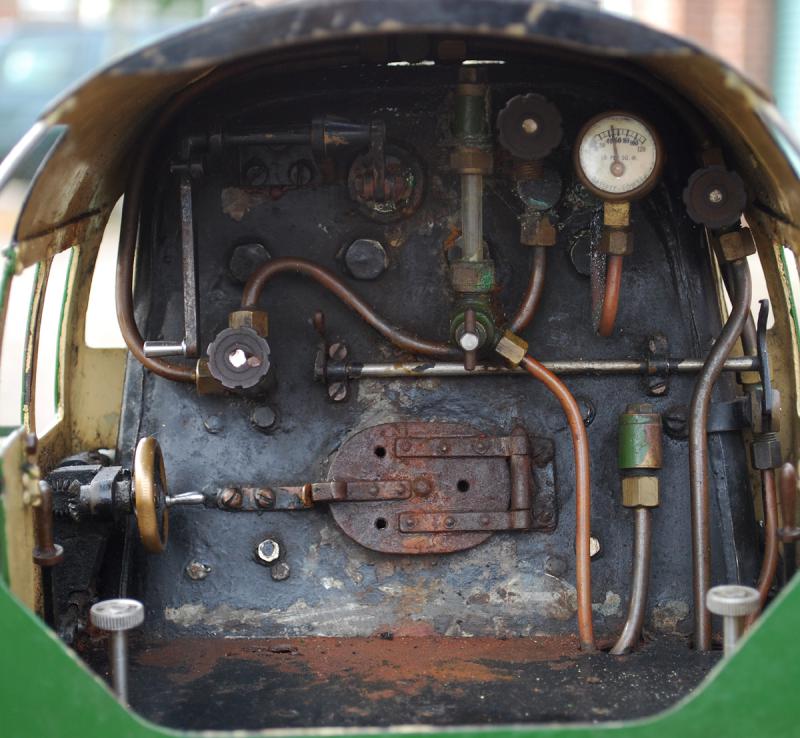 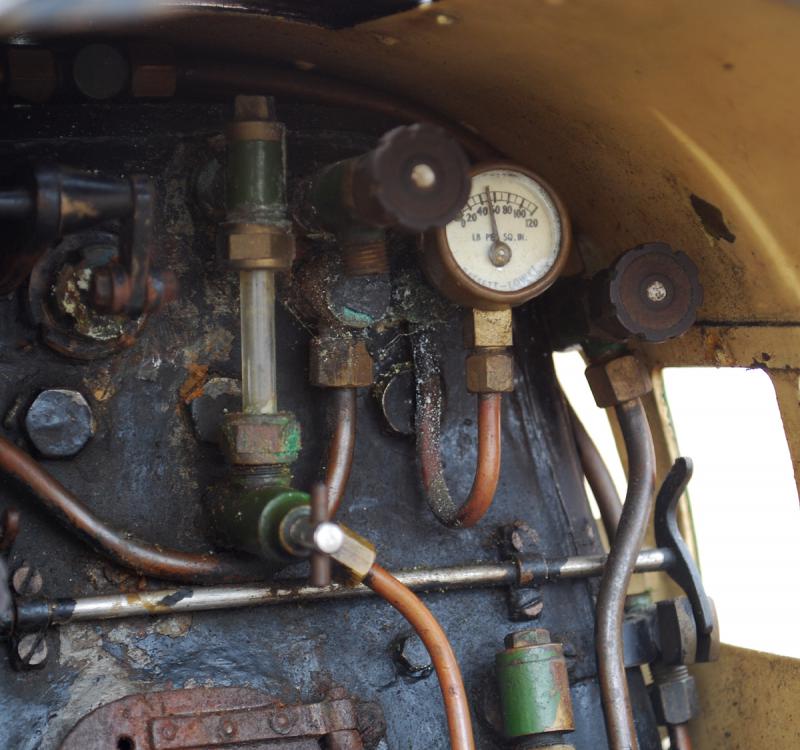 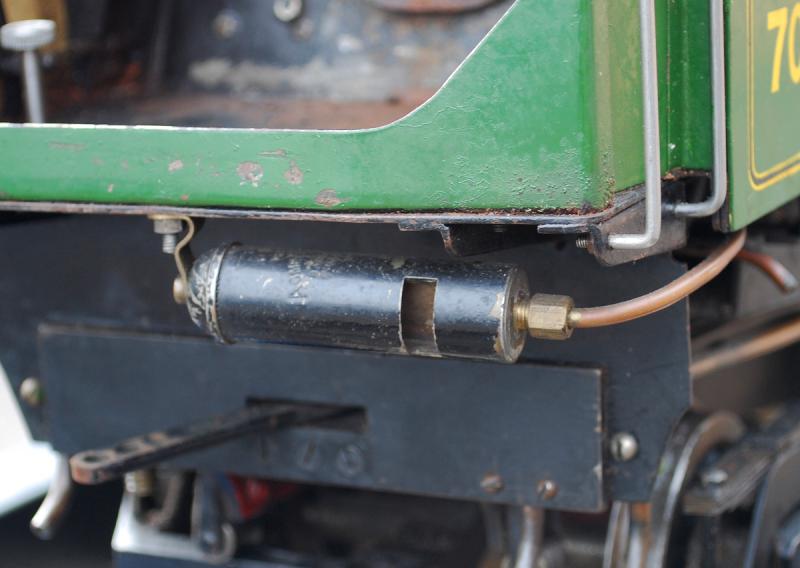 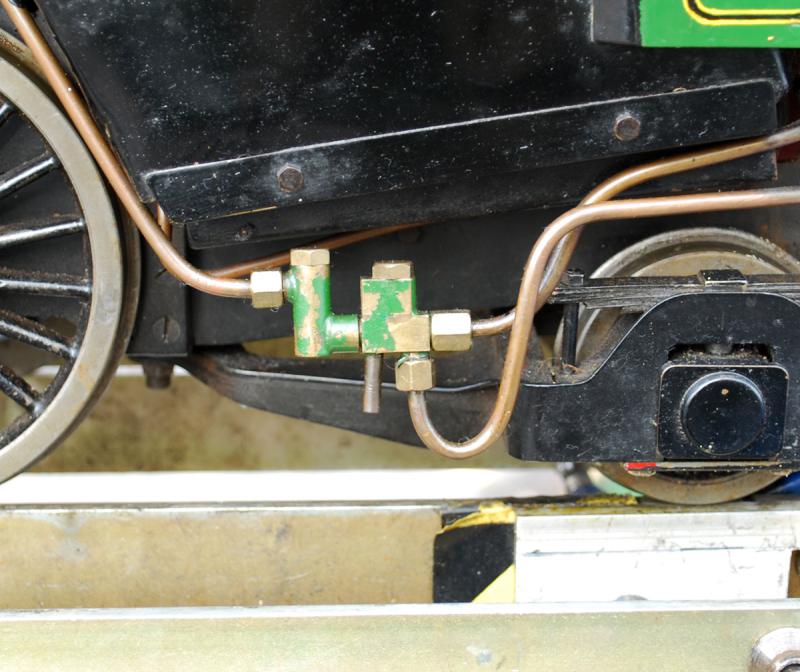 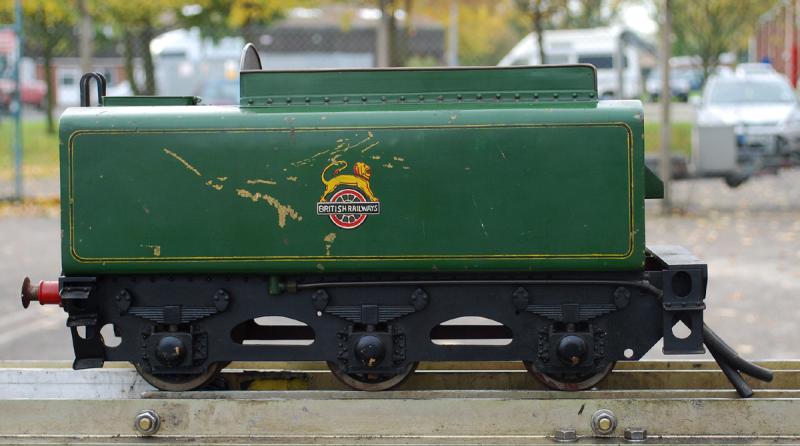 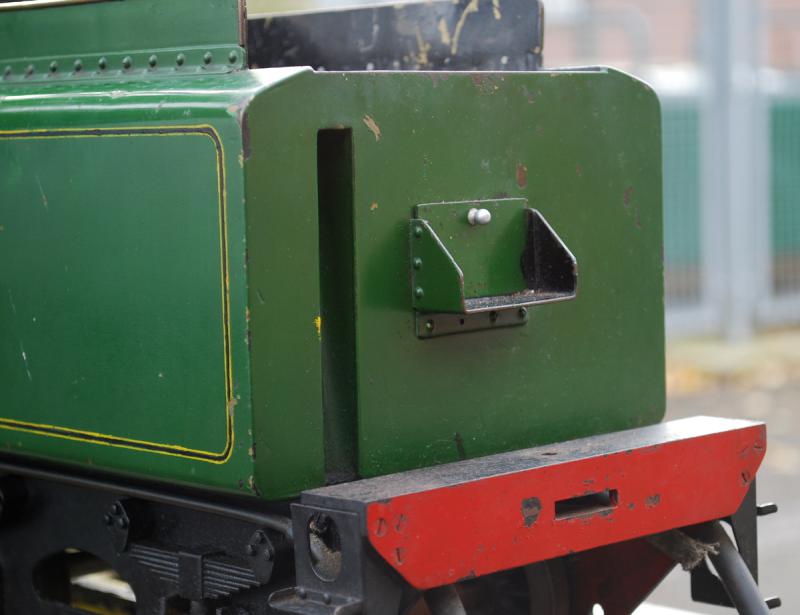 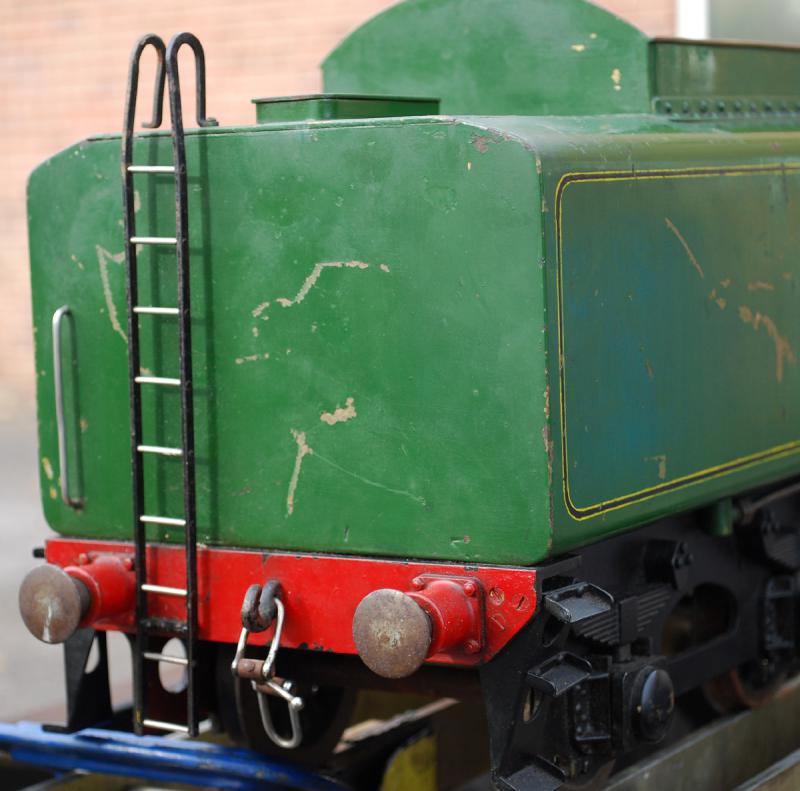 A Britannia to LBSC's design, it came from an engineer working for Rolls Royce at Derby who had inherited it from the builder, his father (who had been in a similar line of work and was also responsible for the nicest small-boiler Tich I've ever seen). Well made, it hasn't run for many years - everything turns over freely but the regulator is seized (although may well free off if it's steamed). Our boiler inspector has made a thorough inspection of the boiler (which is a silver-soldered job with combustion chamber), followed by a twice pressure hydraulic test - it's in good condition.

Paintwork is so-so on the locomotive and poor on the tender, more through poor storage than use - indeed condition of the chassis would indicate the engine has not done a great deal of work in its life.

Complete with a storage crate for the locomotive.