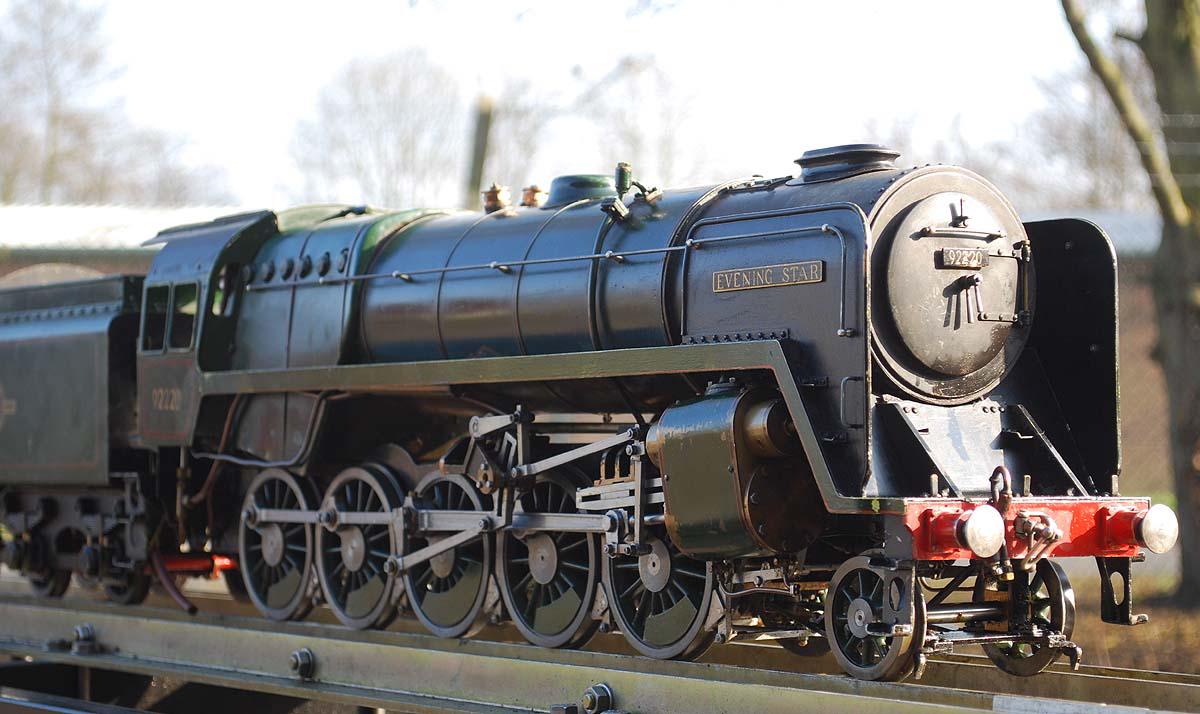 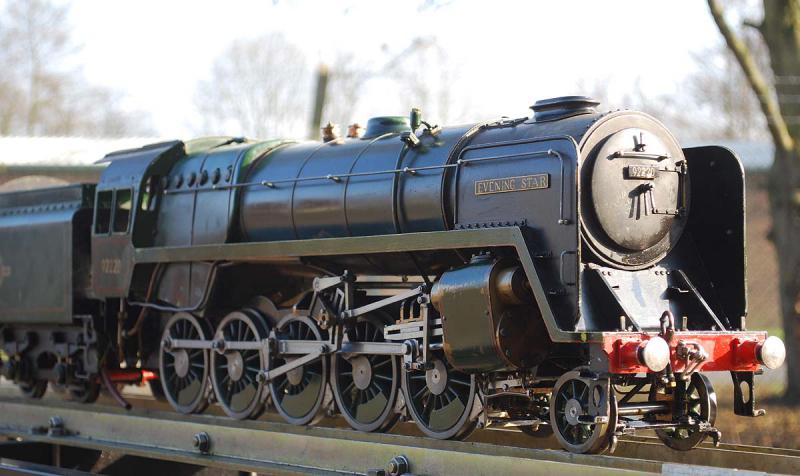 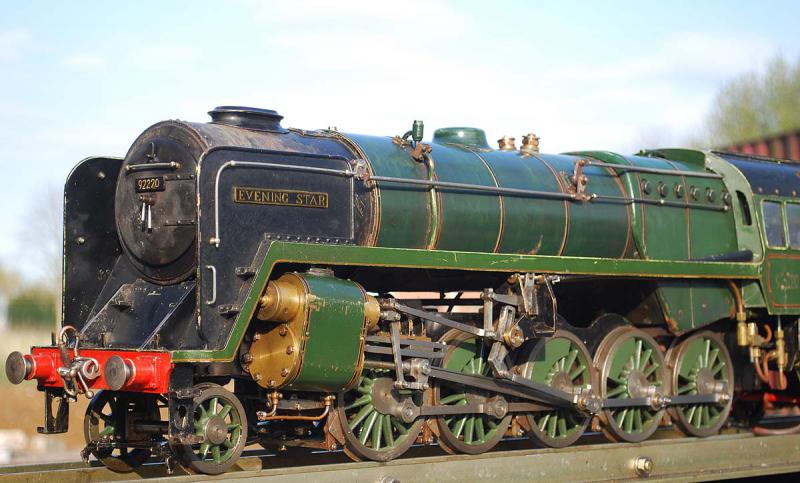 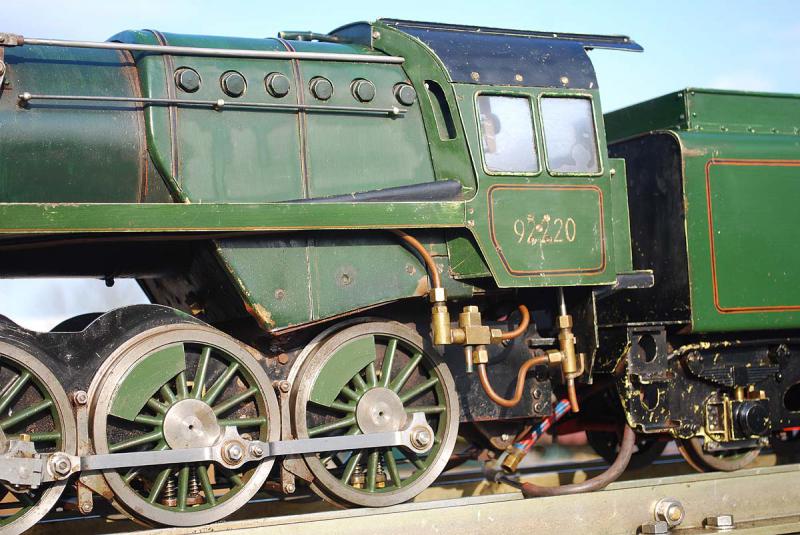 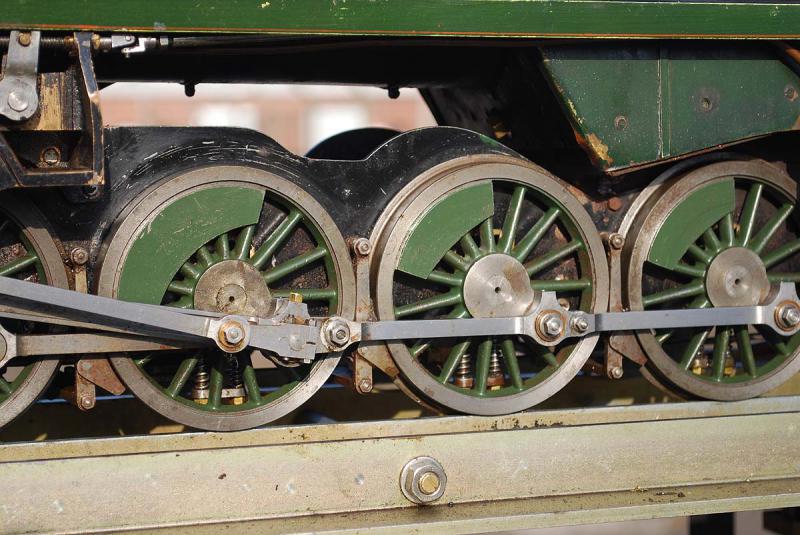 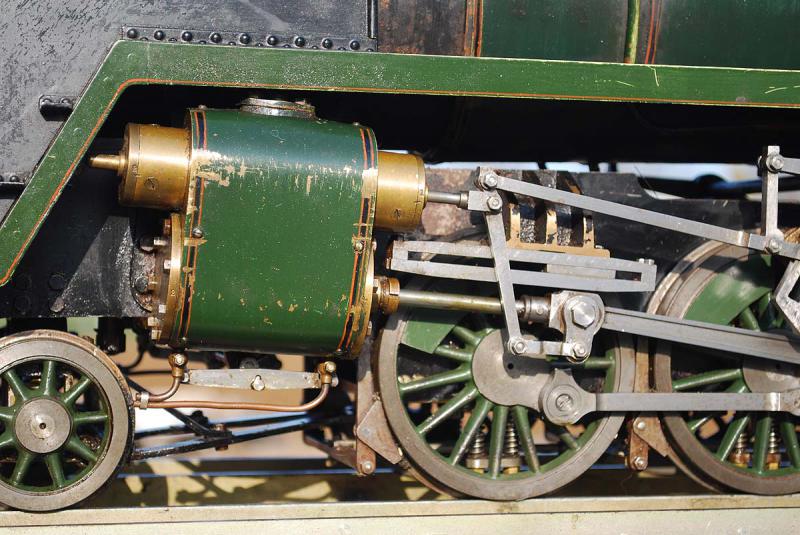 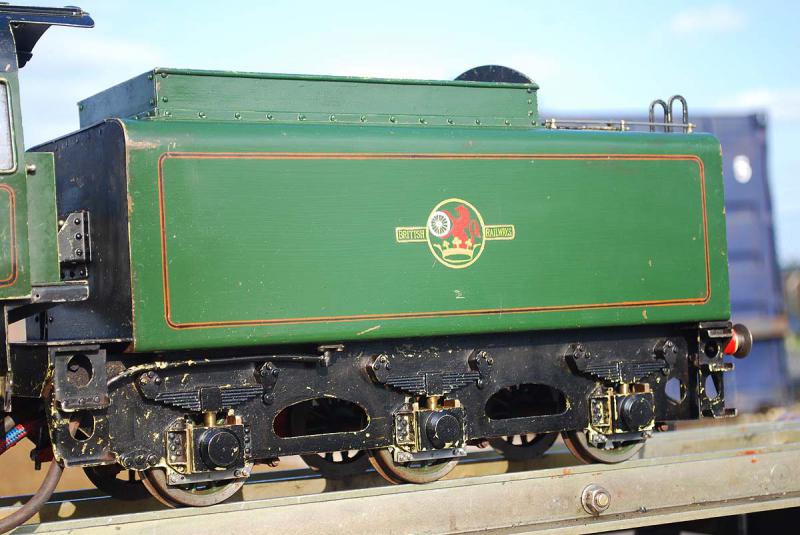 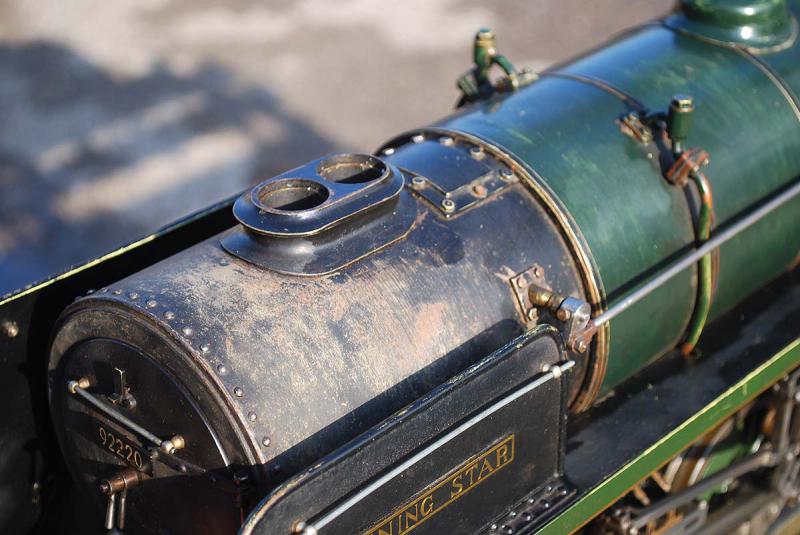 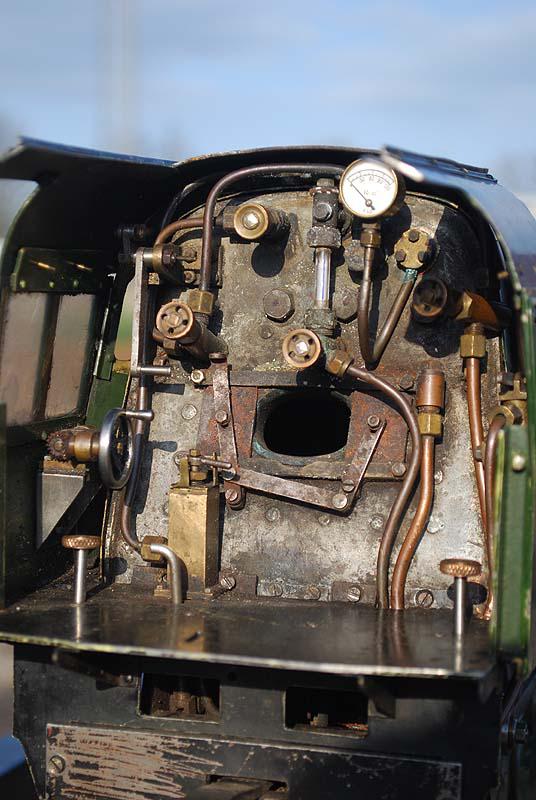 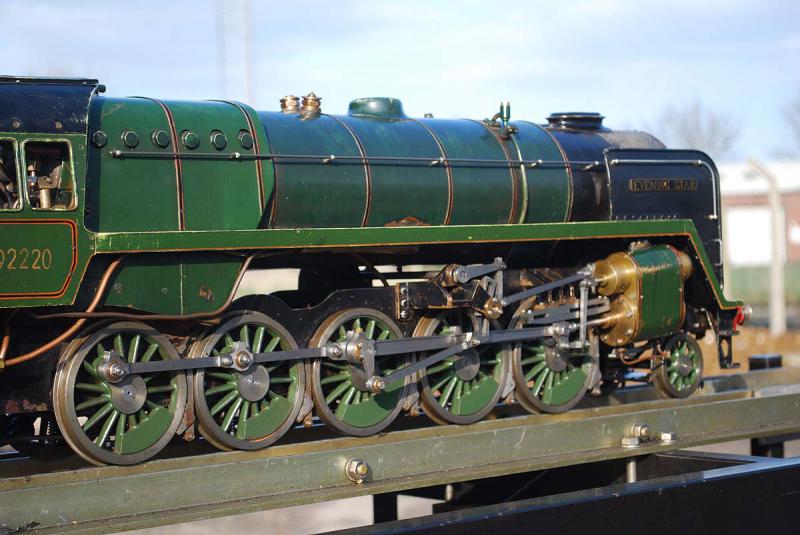 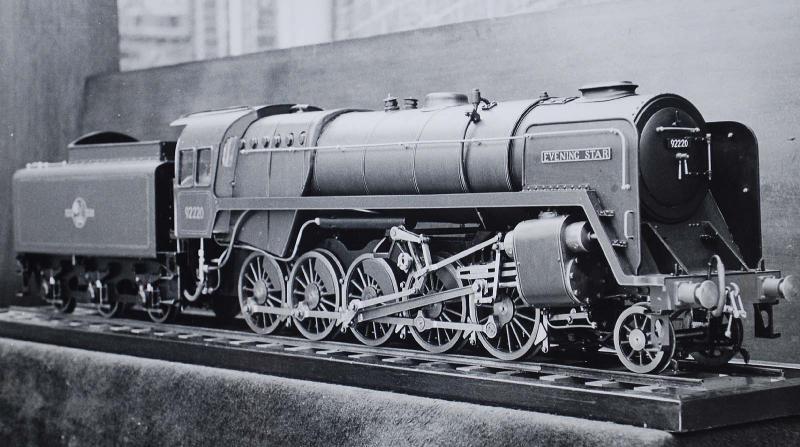 A well-made example of LBSC's "Evening Star", a model which featured both in the construction manual and front cover of "Model Engineer" magazine at the time. The work of an accomplished engineer, the builder was apprenticed at Wallsend Engineering, builders of marine steam engines, at the end of the first World War. By the 1930s he was working as a surveyor of boilers, lifts and cranes, during which time his interest in model-making started. First up was LBSC's O-gauge Pacific "Sir Morris de Cowley", followed by a 2 1/2 inch gauge "Dyak". In rapid succession thereafter came the LNER V2 "Green Arrow", an O-gauge "Bat", then a pair of 3 1/2 inch gauge locomotives - "P.V.Baker" and a Webb 2-2-2 Compound. A foray into 5 inch gauge saw a "Maid of Kent" built, then back to 3 1/2 inch gauge for the 9F you see here. A "Rocket", built from copies of original drawings from the Science Museum was his penultimate enginge, he finished in 5 inch gauge with a Stirling Single.

A friend of LBSC, he was a visitor to Purley on several occasions where he drove LBSC's own engines.

I would rate this as pretty much the ideal restoration project - a really well-built engine that still runs well, it needs some light mechanical work (with some rebushing work required in the valve gear) followed by a paint job of a similar quality to the remainder of the engine.

The black and white photograph, taken by the builder's daughter - herself a professional artist - shows the engine "ex-works".