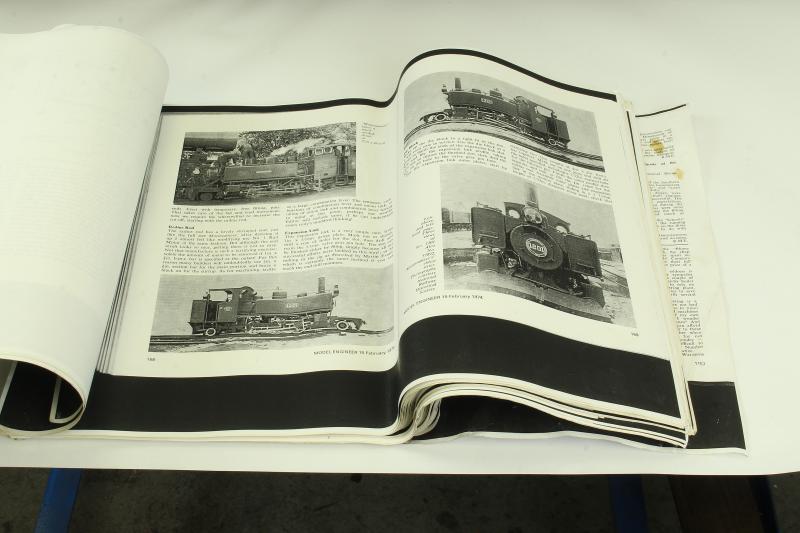 A 3 1/2 inch gauge "Mountaineer", built to Don Young's attractive design, published in "Model Engineer" in the 1970s and based on his detailed survey of the locomotive as preserved on the Ffestiniog Railway.

Based on a two foot gauge prototype, in 3 1/2 inch gauge it's a large engine similar in size and weight to many 5 inch gauge tank locomotives - certainly a two man lift.

An older engine, the boiler has had a hydraulic test in the workshop and is sound, the engine runs on air. It requires some restoration including replacement of water gauge seals, attention to a seized blowdown valve, new union for the injector steam pipe and replacement of a missing whistle.

Paintwork is drab, even by industrial narrow gauge standards. It appears matt black has been sprayed over an earlier livery - one might hope the attractive lined black and green scheme it carried in the 1970s, which would be a nice thing to reinstate.

Complete with copies of the original construction articles.