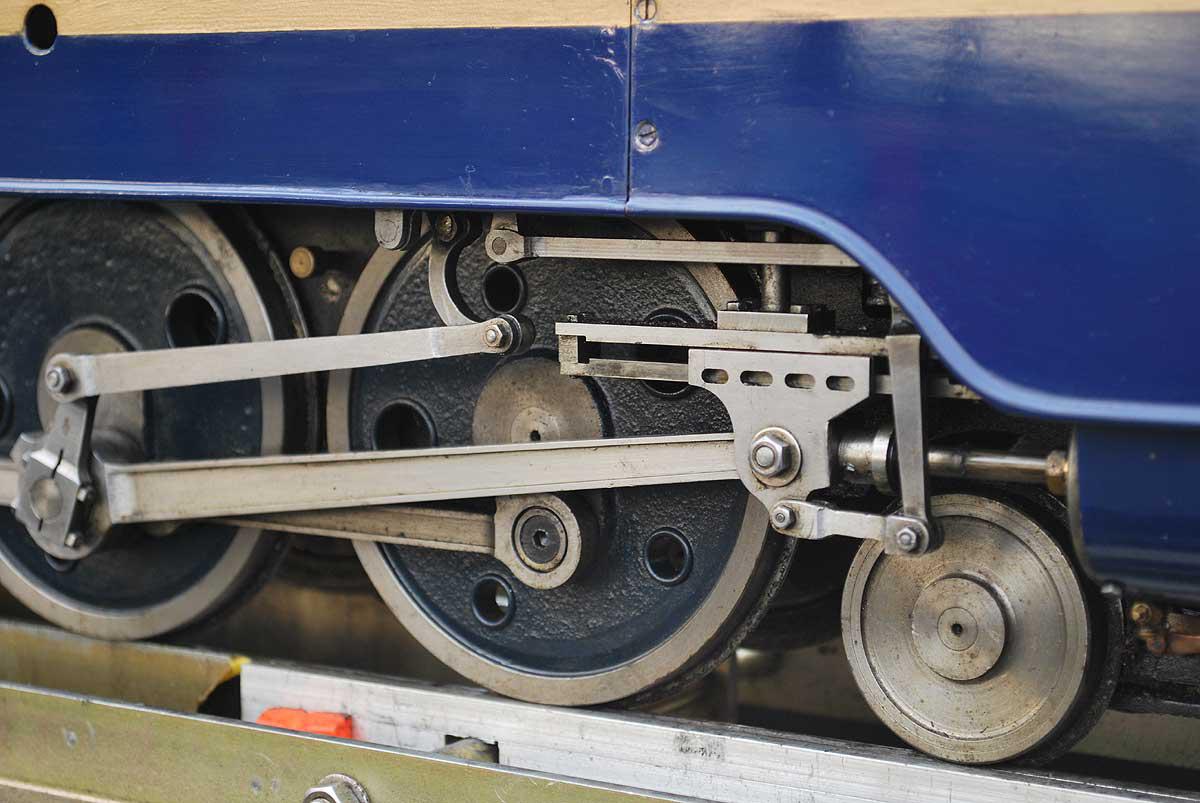 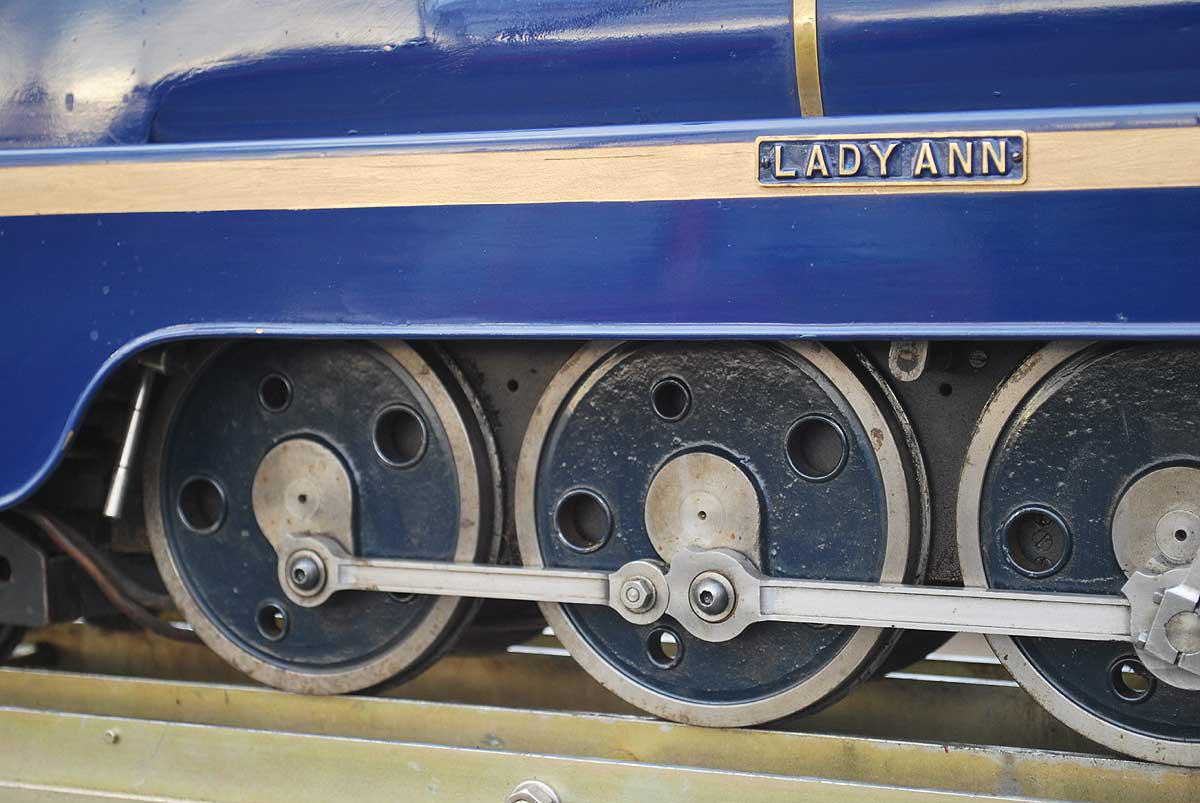 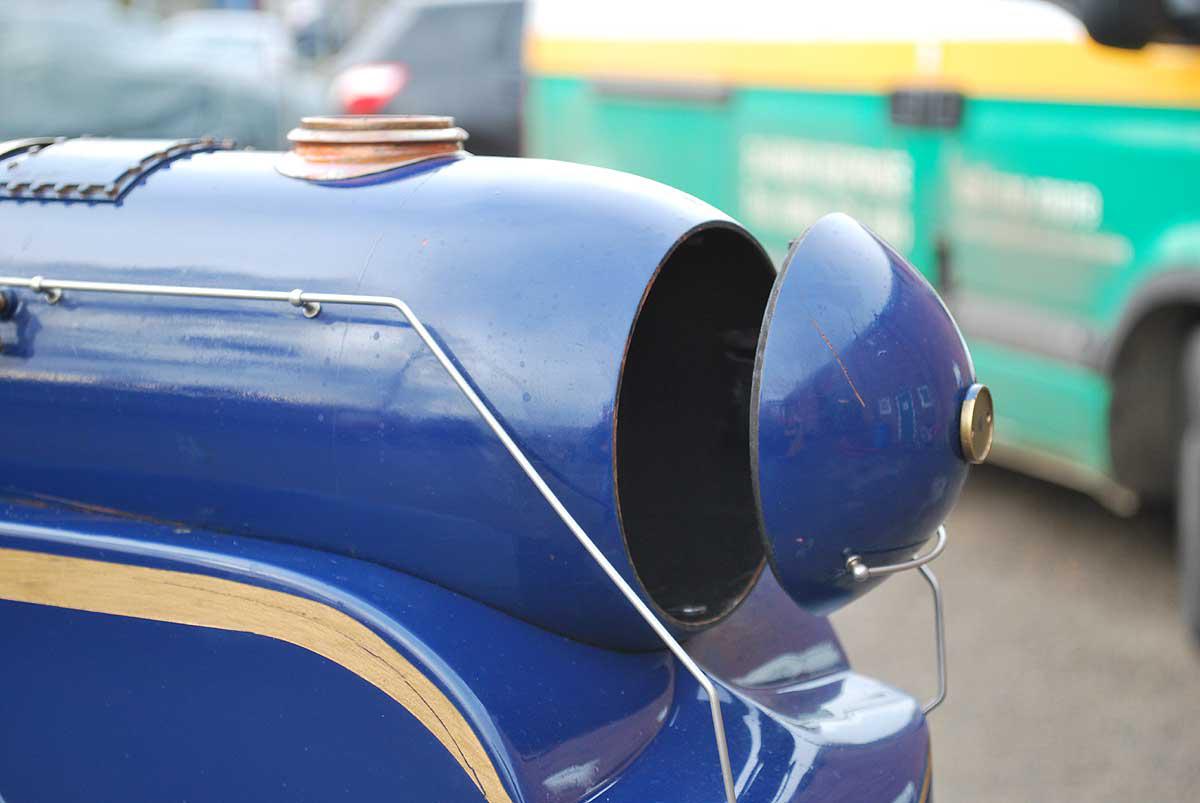 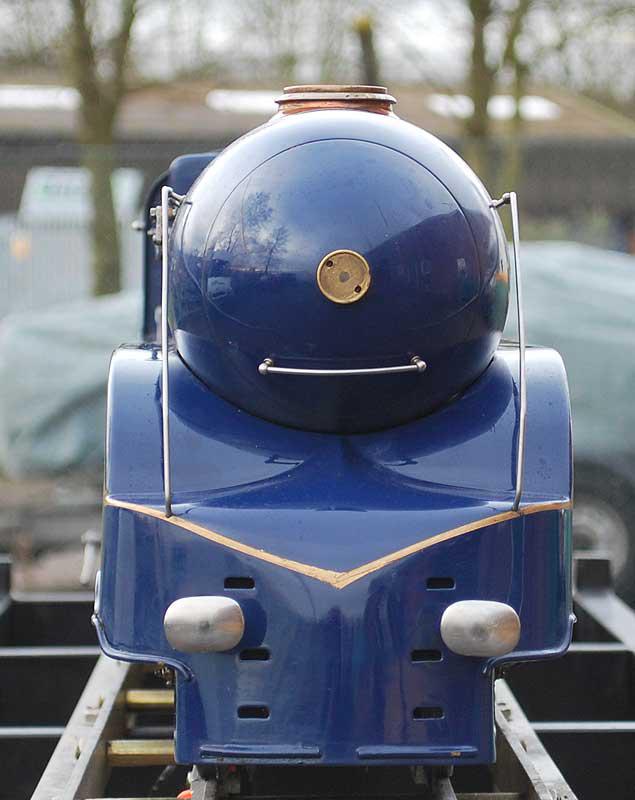 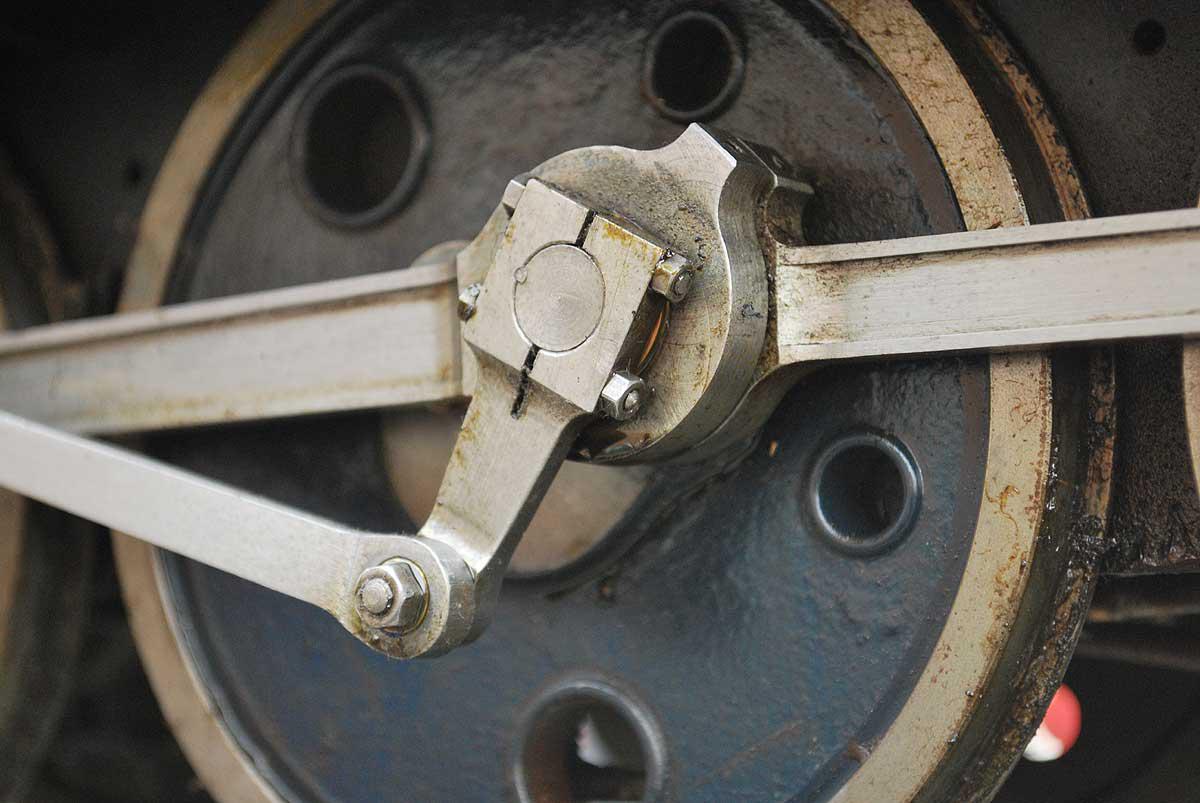 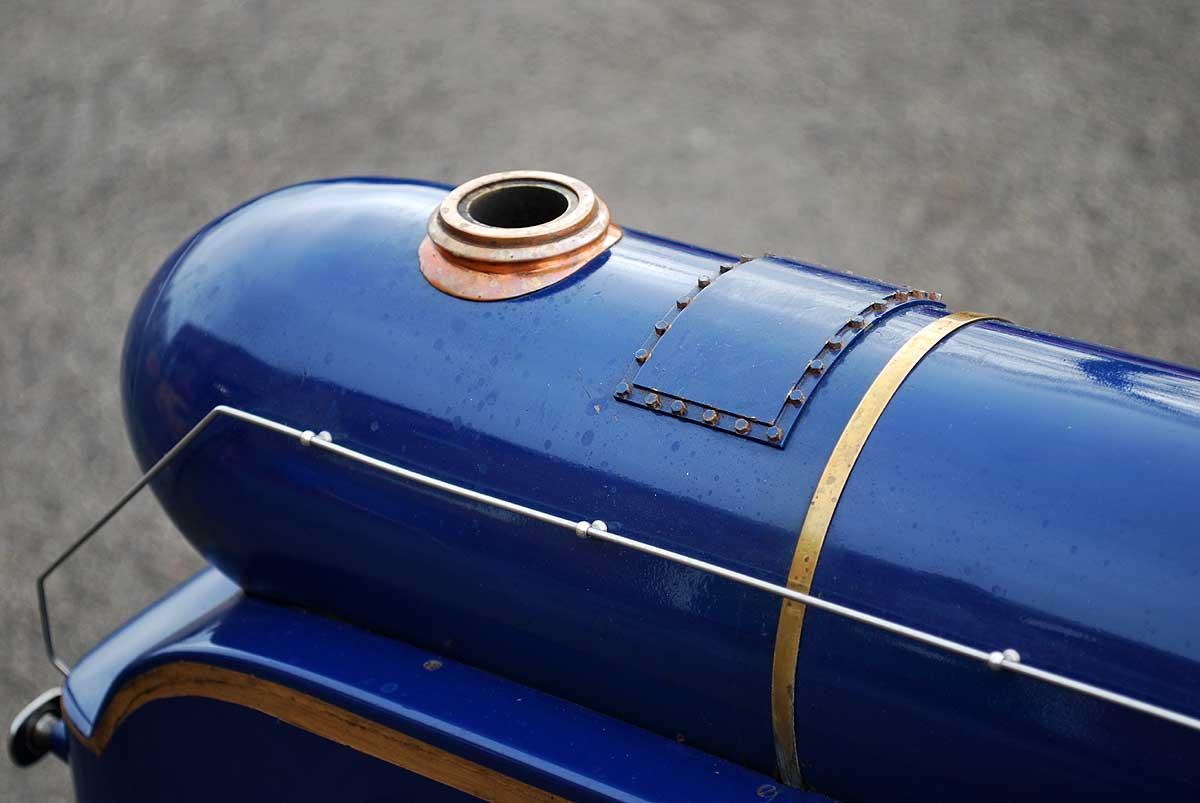 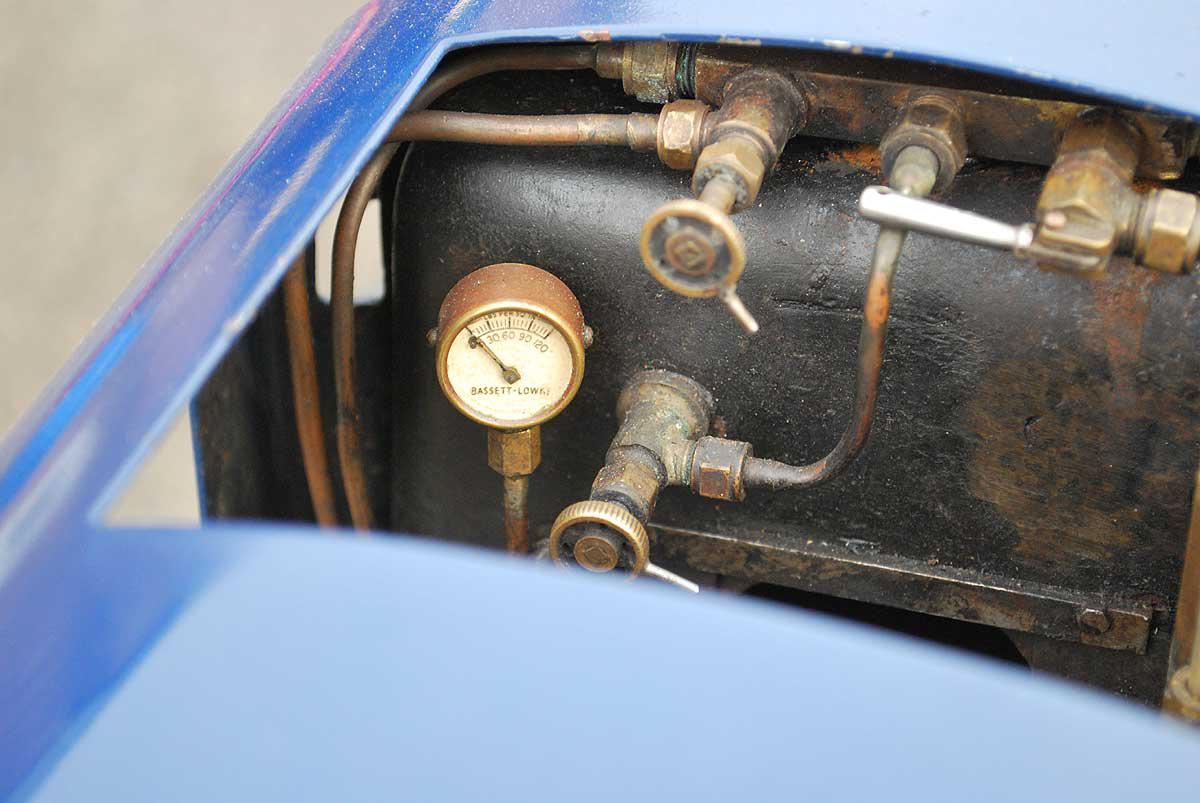 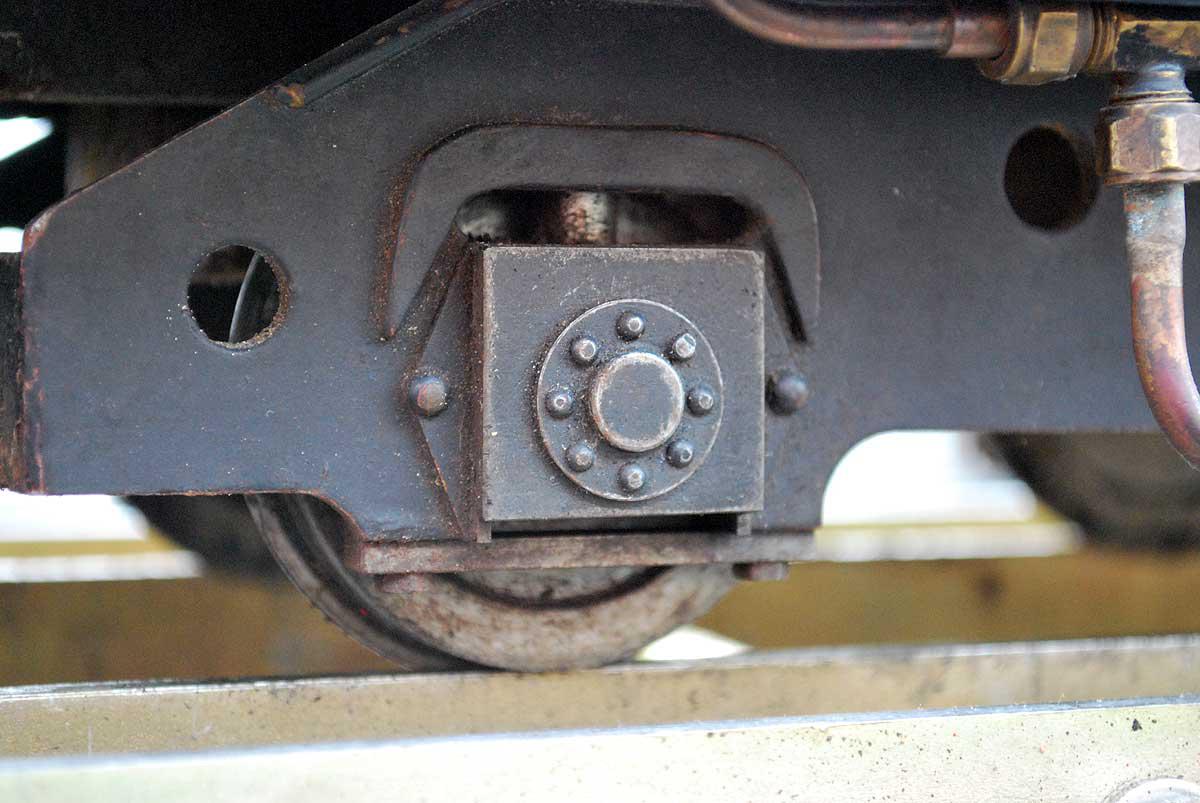 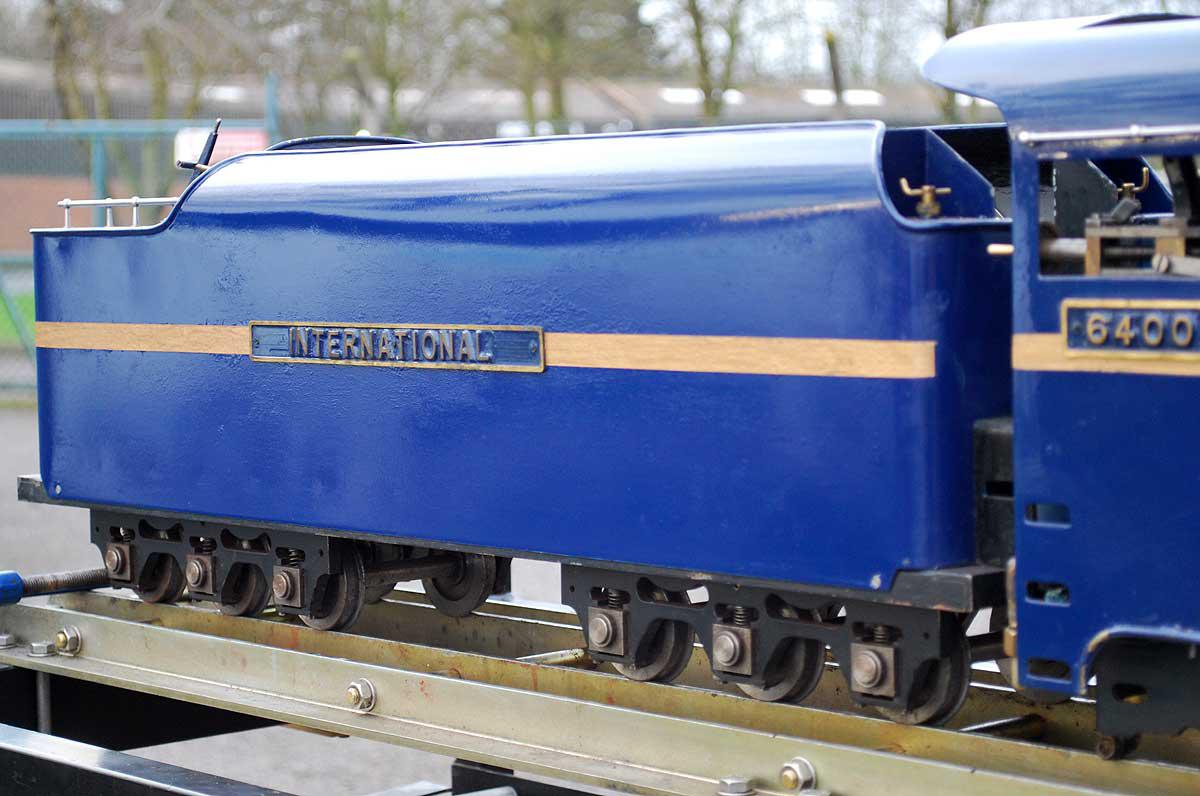 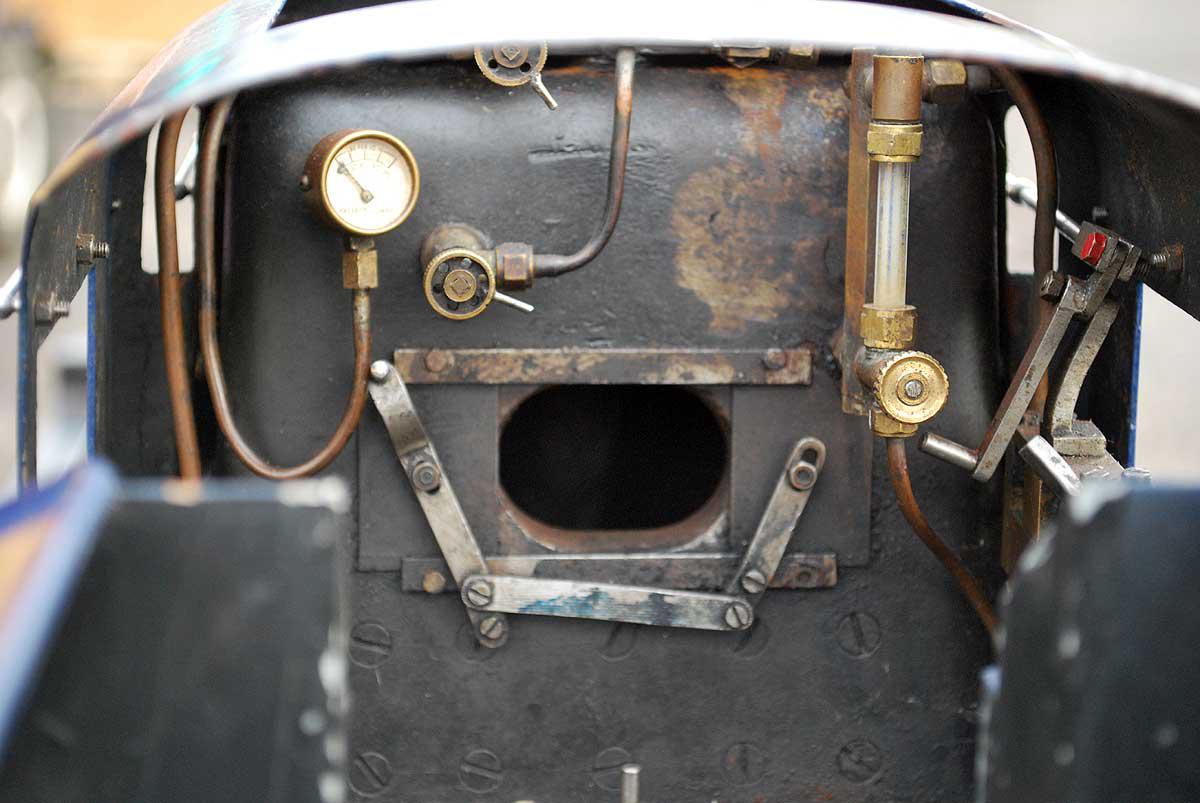 An extraordinary locomotive, the work of a prolific engineer who produced many large, generally American prototype locomotives, whilst still finding time to produce fine steam boats again, typically in the larger sizes. Some years ago I bought his Lucky 7, a particularly well made engine that took three of us to lift, it stayed with me for four years before moving on to pastures new.

Rather like LBSC, whos articles he had grown up on, he was not afraid to produce formidable freelance hybrids when the fancy took him, and they dont come much more imposing in 3 inch gauge than this seven foot long streamlined 4-8-4.

Paying homage to the streamlined North American expresses of the 1930s, it is typical of his build quality fit and finish is good throughout, the sweeping curves of the streamlining confidently executed in metal, most impressive given the challenging shapes around the front end.

I spent some enjoyable hours in the mans company before Christmas when collecting both this and his last engine, the incomplete 5 inch gauge Mohawk which sold recently. The 4-8-4 was in its crates in the garage, not having been run for many years, one look and I spent most of the journey home planning how to get it past Mrs P into the house (lack of an eight foot long bookcase notwithstanding, this is an ongoing project, if it disappears from the site youll know shes relented).

Weve run it on air in the workshop it goes well, as expected. The technical details below are from the builder, to whom Im indebted for the information.

The engine has been unused in many years whilst in good mechanical order, the thermic syphon has a leak which will require attention before its used in anger again.