Sold December 2004 Back to Archive 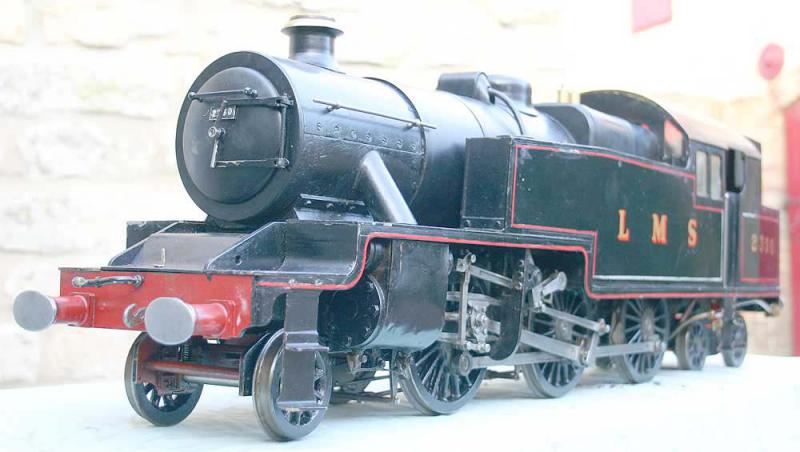 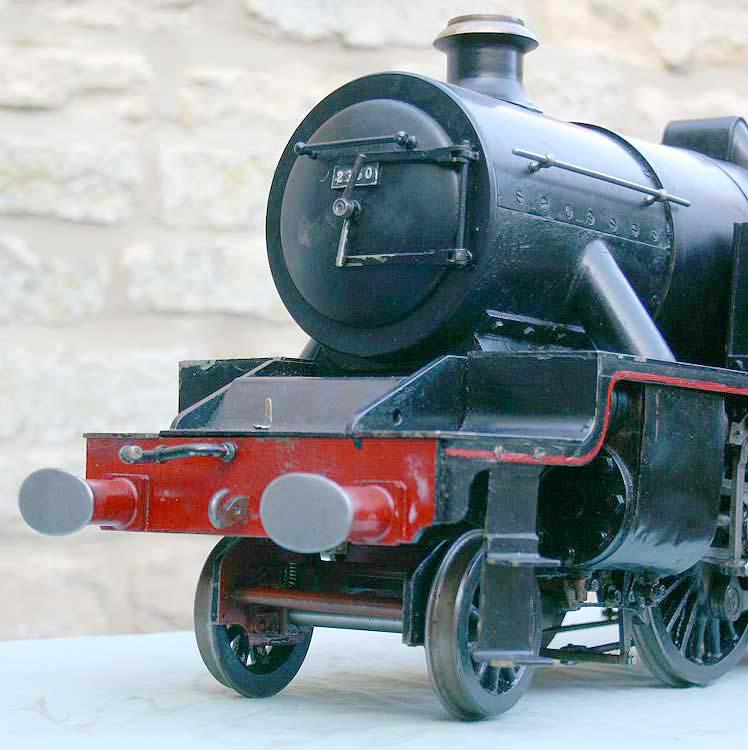 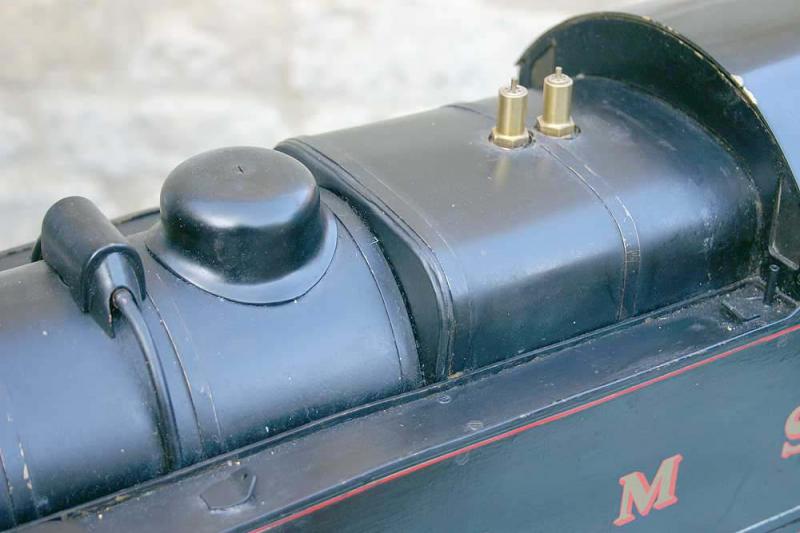 LMS 2-6-4 tank locomotive, designed by William Stanier - 206 engines were built by the LMS between 1935 and 1943, the last of them wasn't withdrawn until 1967, although none survived into preservation. Derby Works built the majority, with one batch coming from the North British Locomotive Works.

Martin Evans' "Jubilee" design is a well-regarded, authentic rendition of Stanier's design for 3 1/2 inch gauge. It is a large engine for the gauge, free-steaming and quick on the track - in many ways an ideal club engine for those who don't want the weight or expense of a 5 inch gauge engine.

Club boiler certificate to May 2006.

Just back, come in as p/x against a Britannia which arrived last week. The engine has been out for a couple of runs at the club since last appearing here, but is otherwise as shown.