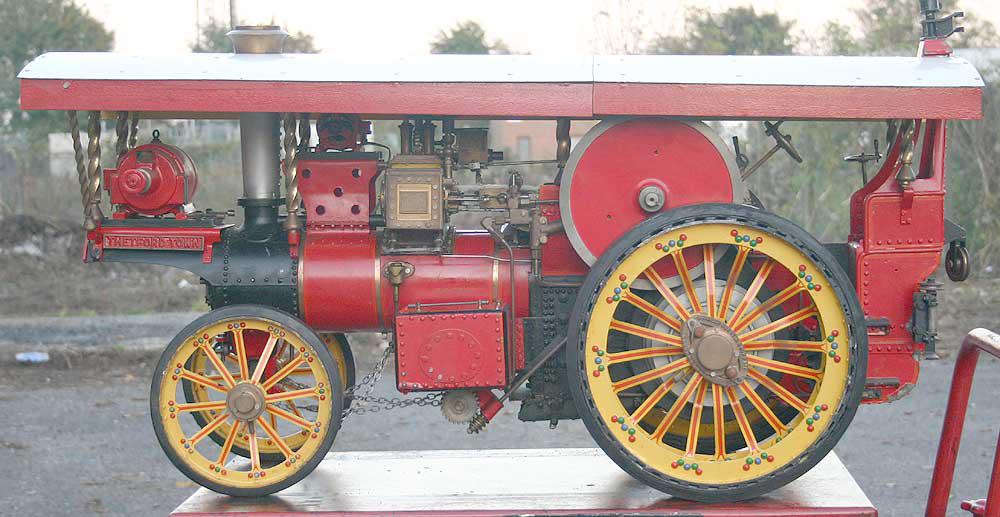 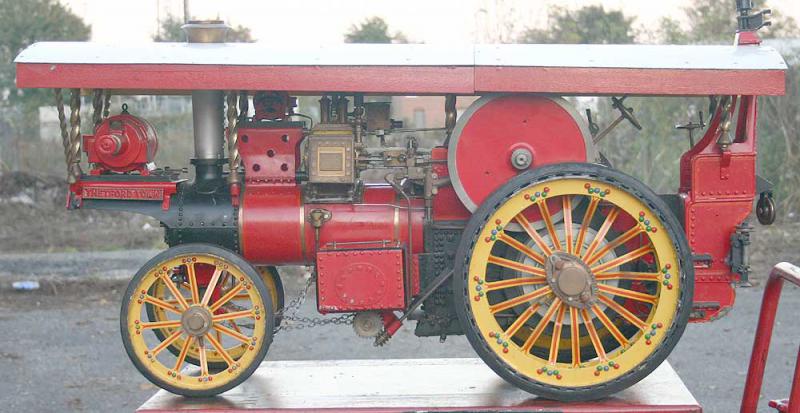 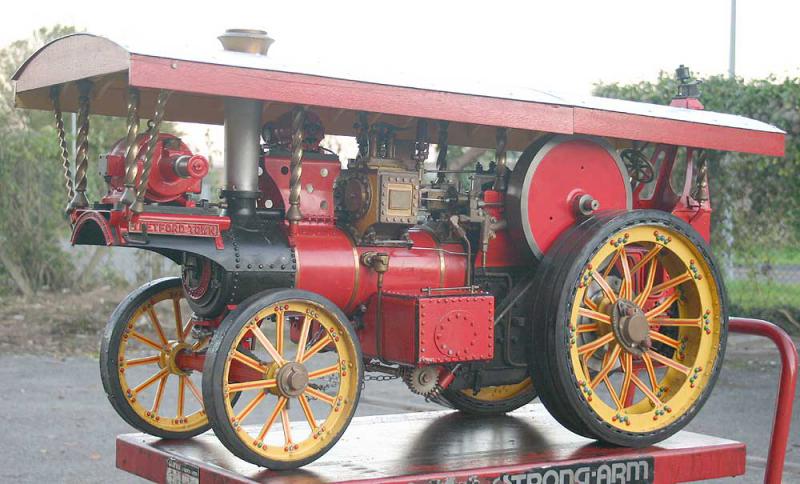 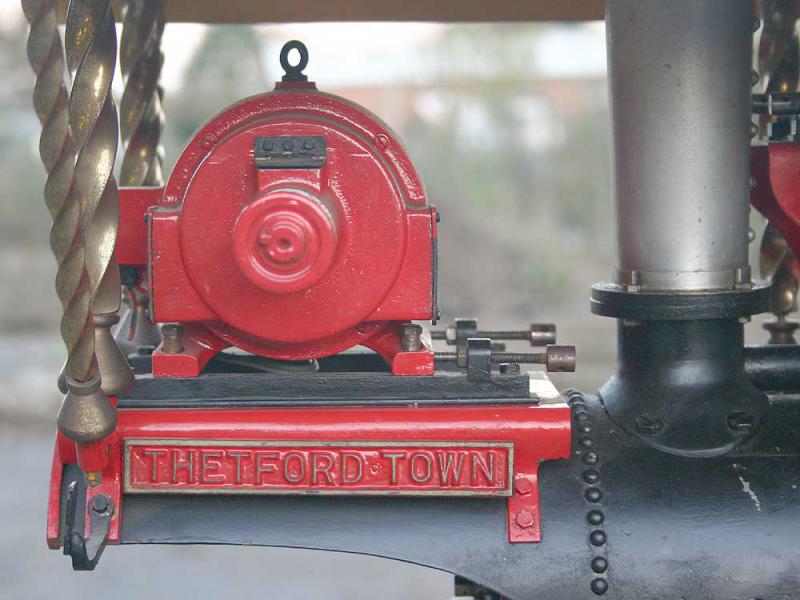 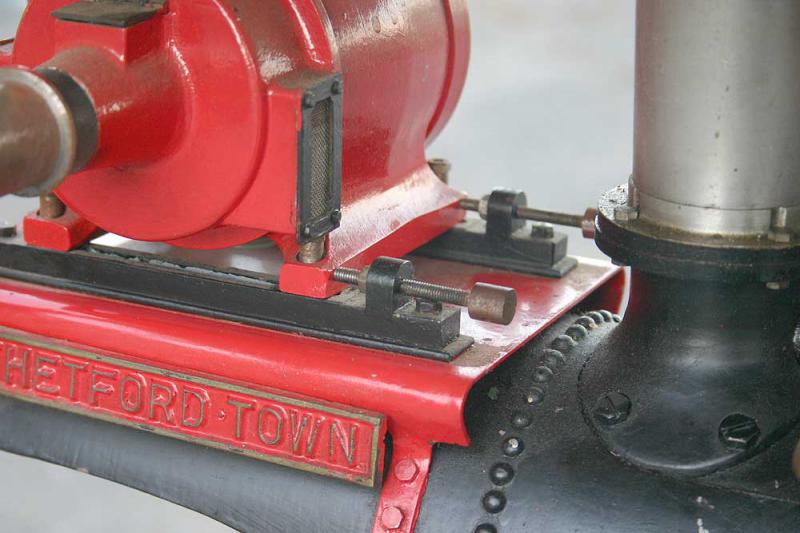 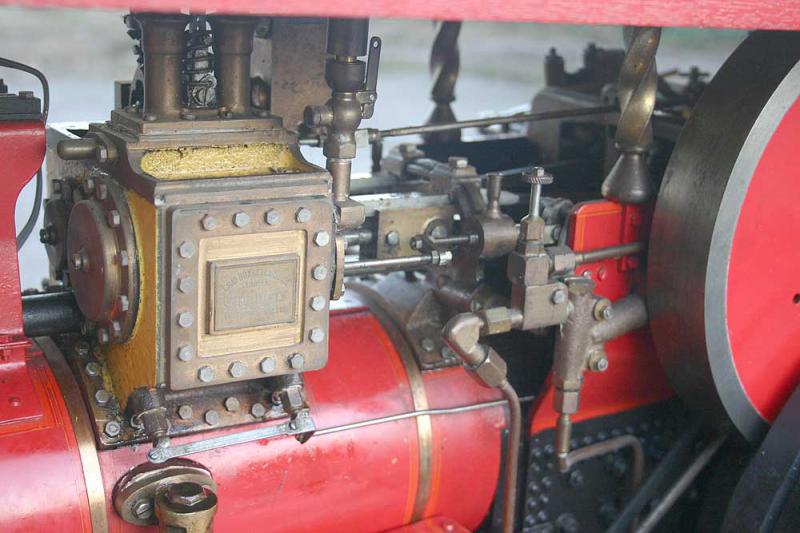 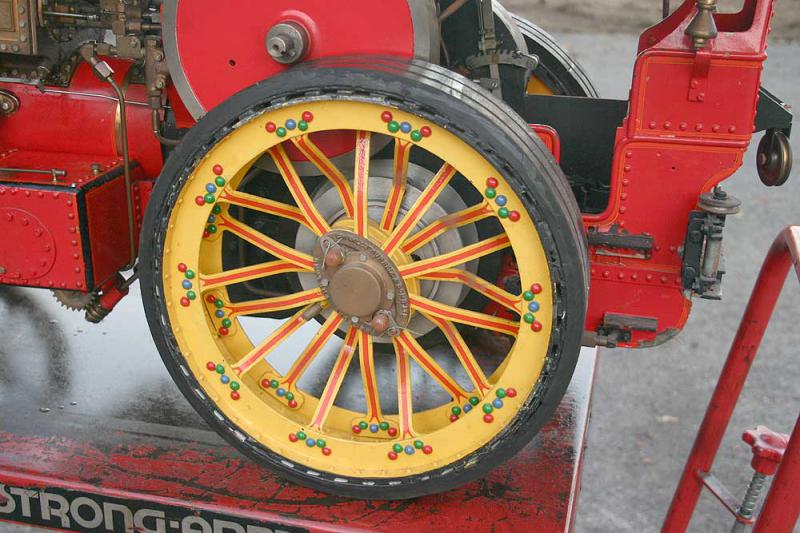 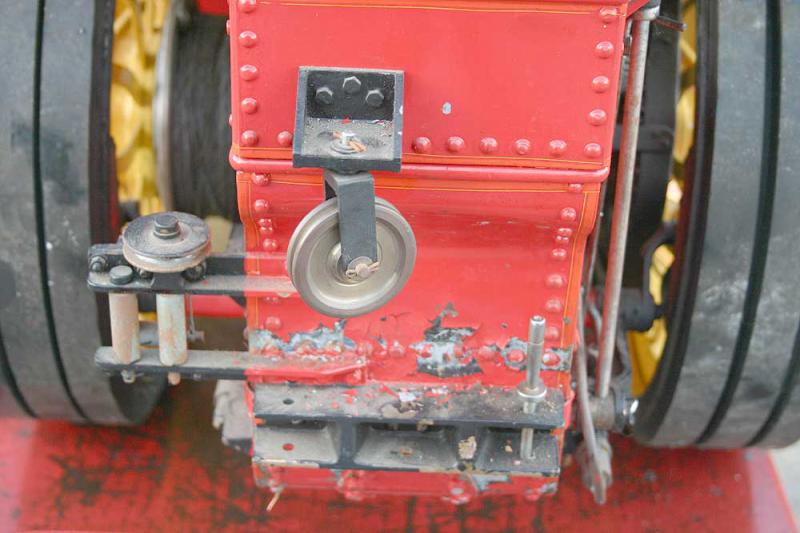 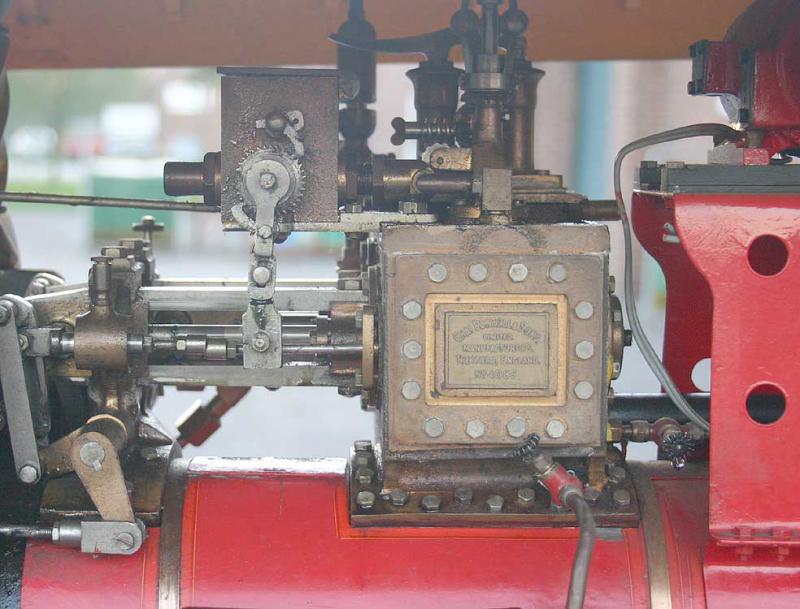 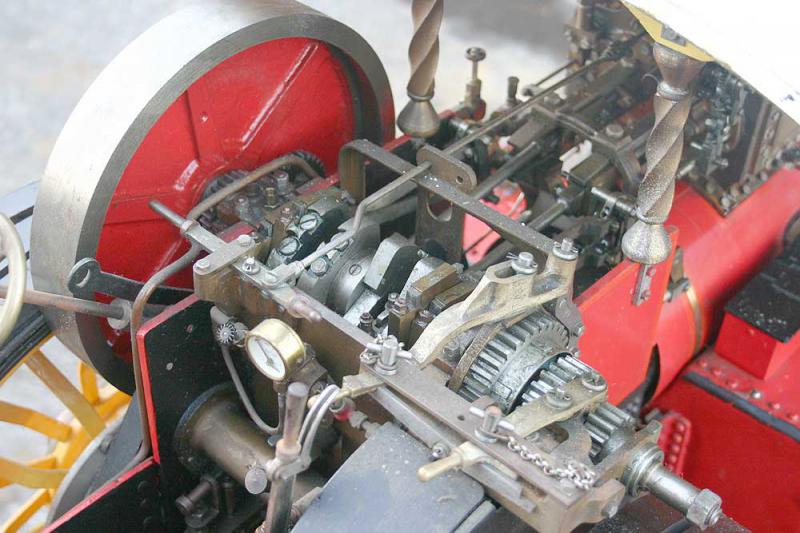 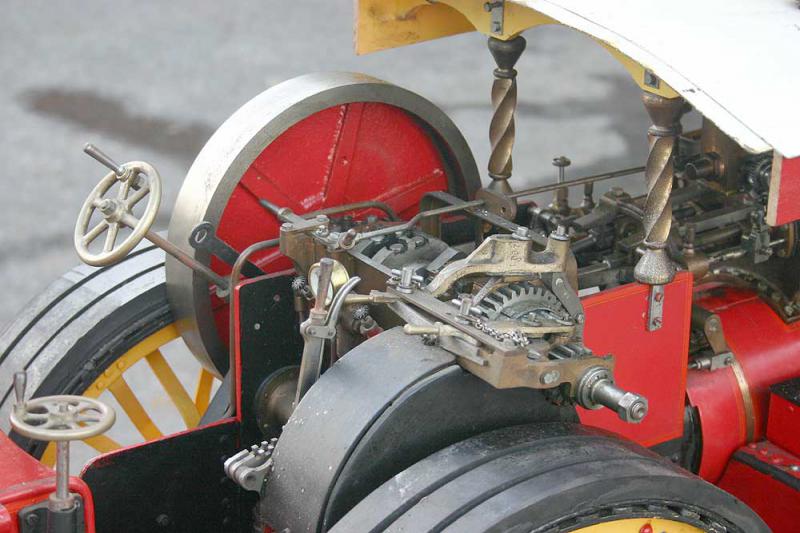 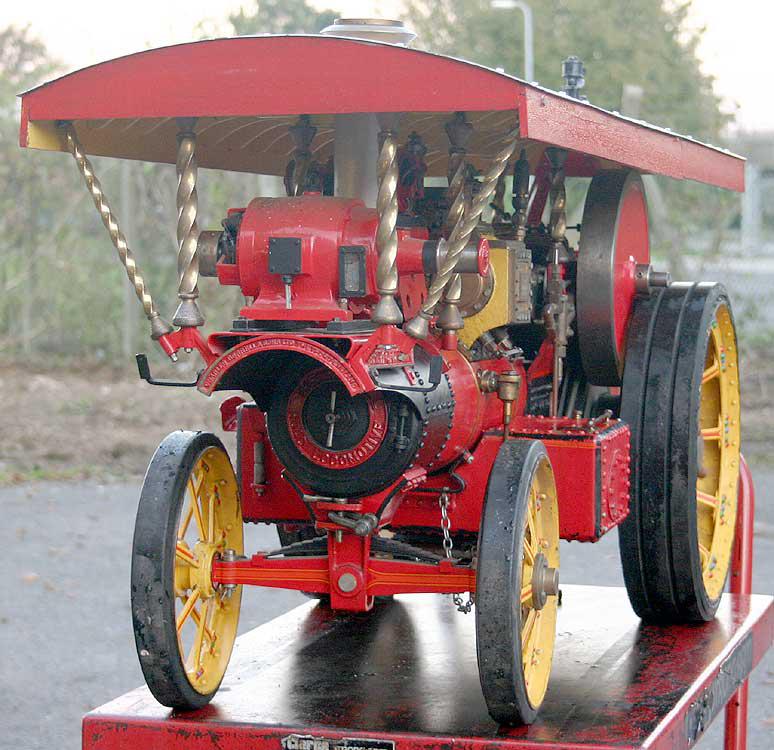 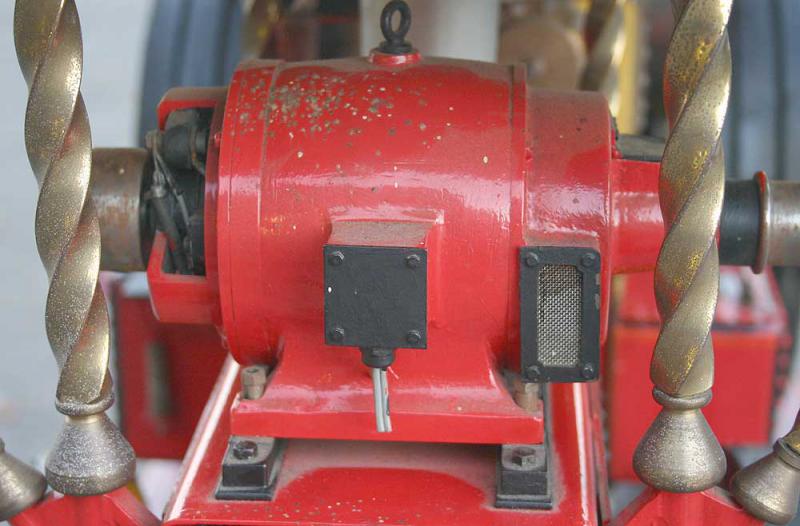 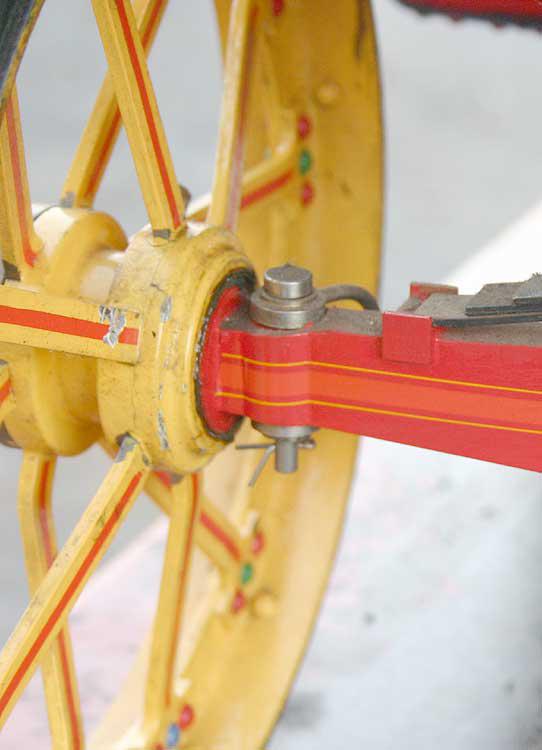 A 2 inch scale model of a Burrell DCC Scenic Showmans Road Locomotive, to the highly detailed "Thetford Town" design produced by Ronald H Clark. An "almost finished" project it appears, as is often the case, to have been through at least two workshops. The majority of the work is to a decent standard, the motionwork turns over smoothly, fit and finish of all mechanical parts is very good, the boiler appears professionally-built and hardly used. In contrast, the canopy appears to have come from B&Q and the paintwork is horrendous.

The engine is fitted with a main dynamo and exciter, neither of which are currently connected. There are components for the crane, including jib and swingle-tree.

The engine is largely complete - technically it only requires detailing work to finish off, including make and fit motion covers, fit a whistle chain, water lifter hose, cylinder end cover caps etc. There is some refurbishment work to be done - the injector water valve is stiff to operate, the dynamos squeak in a rather harrowing fashion, the steering chains have so much slack it would be difficult to keep the engine between the hedges. However, my own feeling is that the standard of work in the rest of the engine would make it a worthwhile project to strip and repaint, at the same time fitting a canopy built to a matching standard.

The engine has had a hydraulic test in the workshop and been steamed - it runs well.

Drawings, parts and castings are available from Reeves.