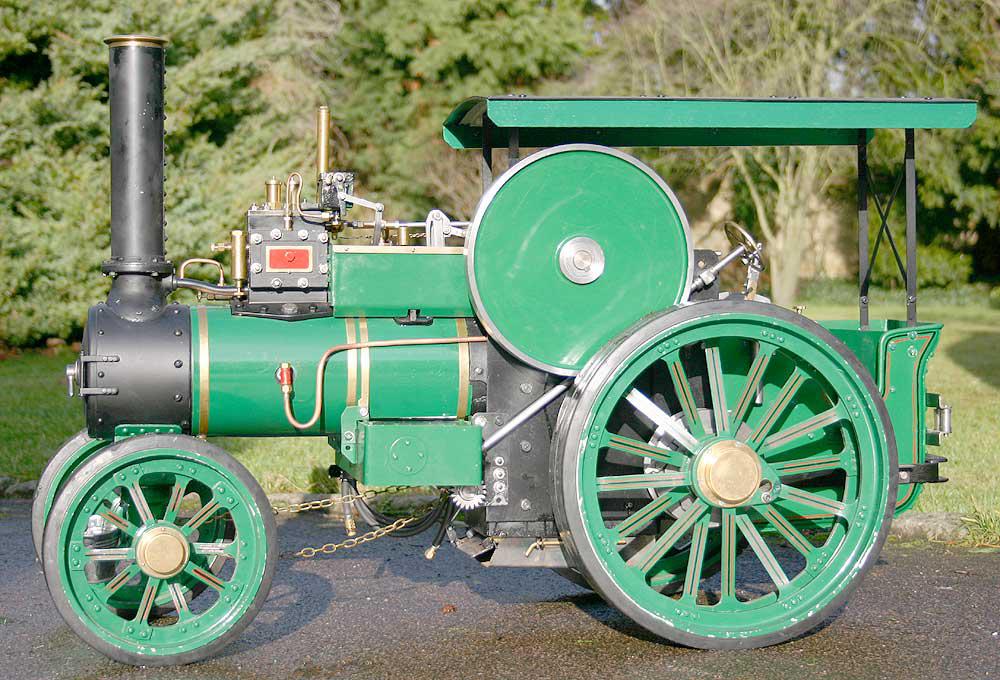 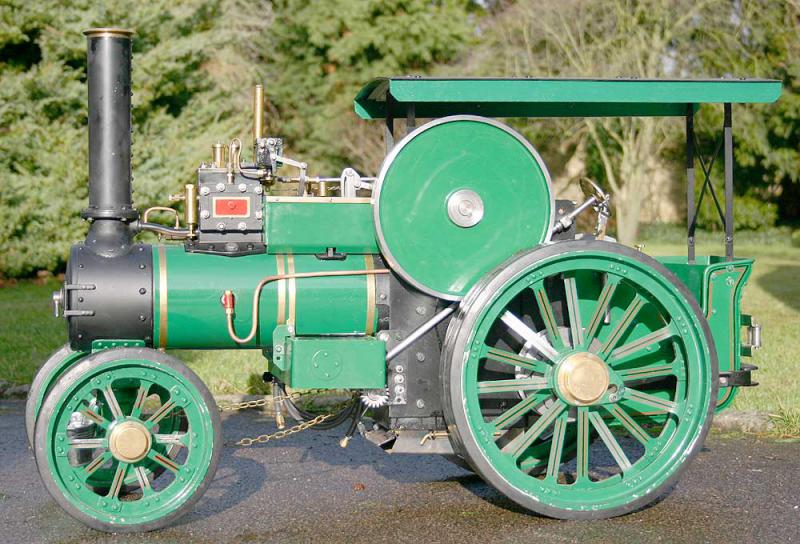 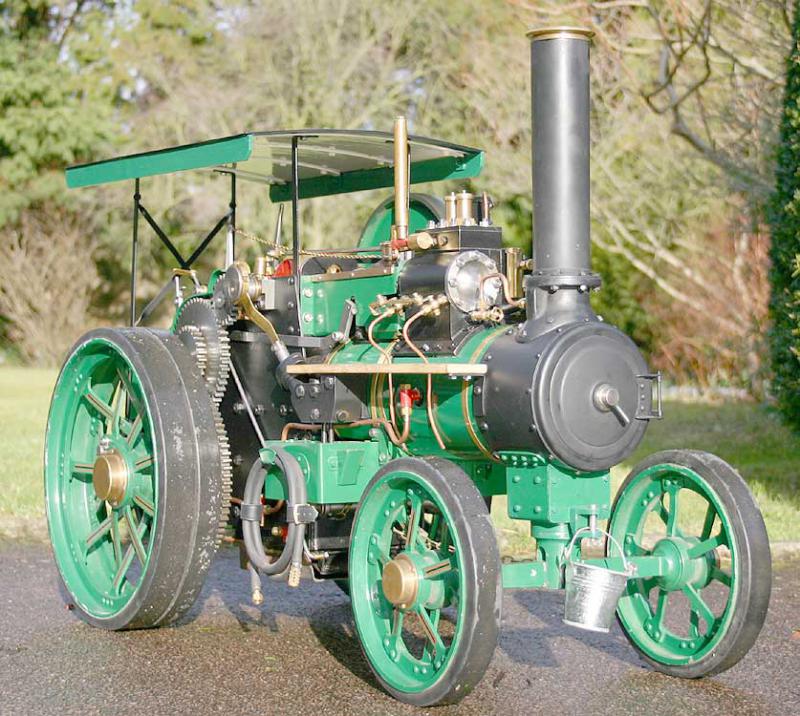 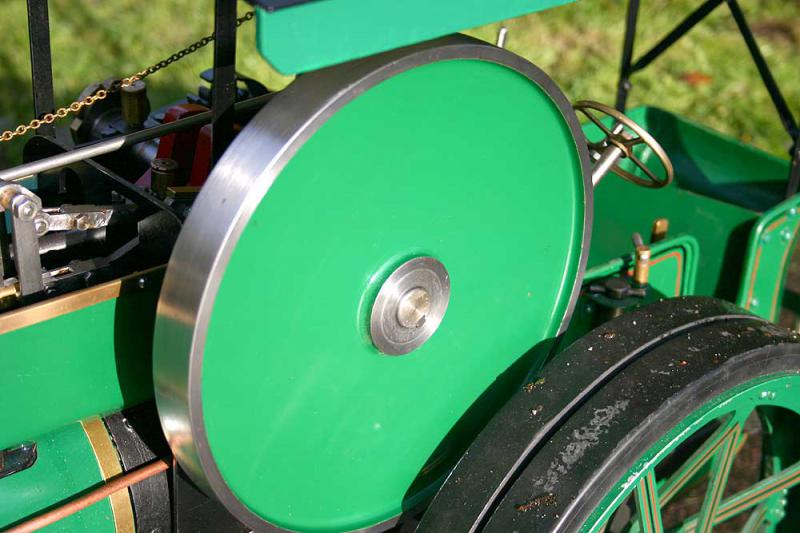 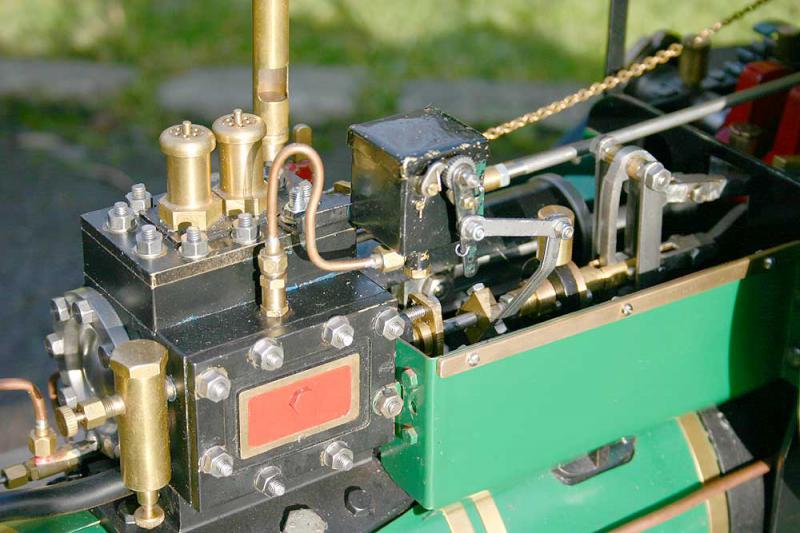 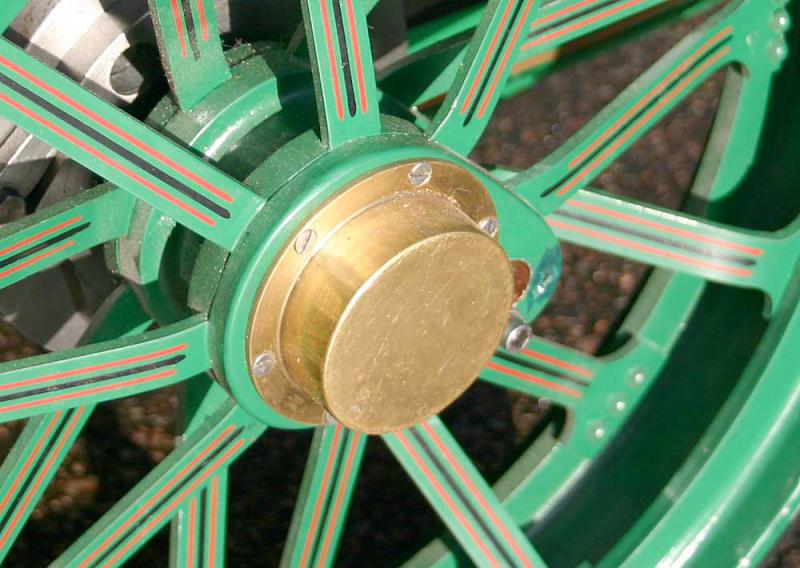 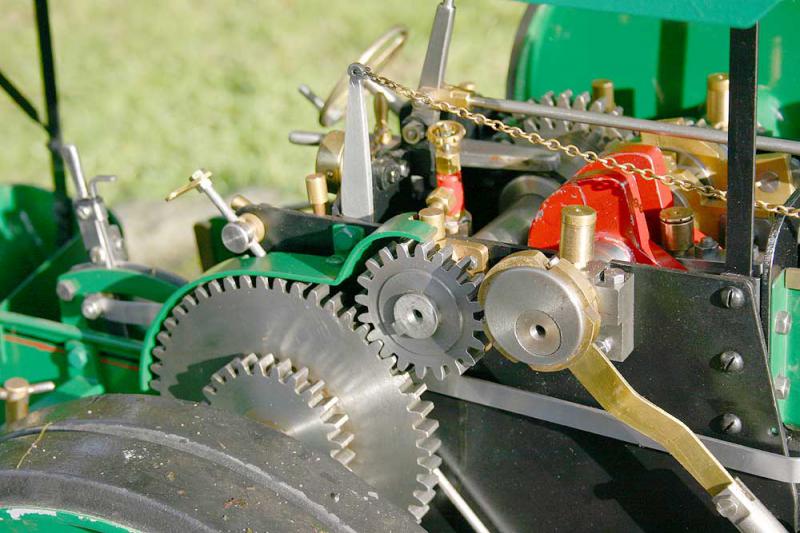 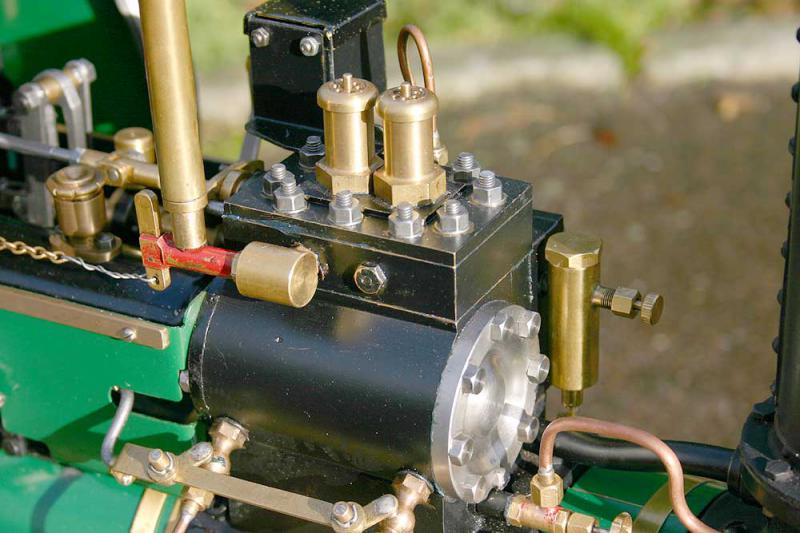 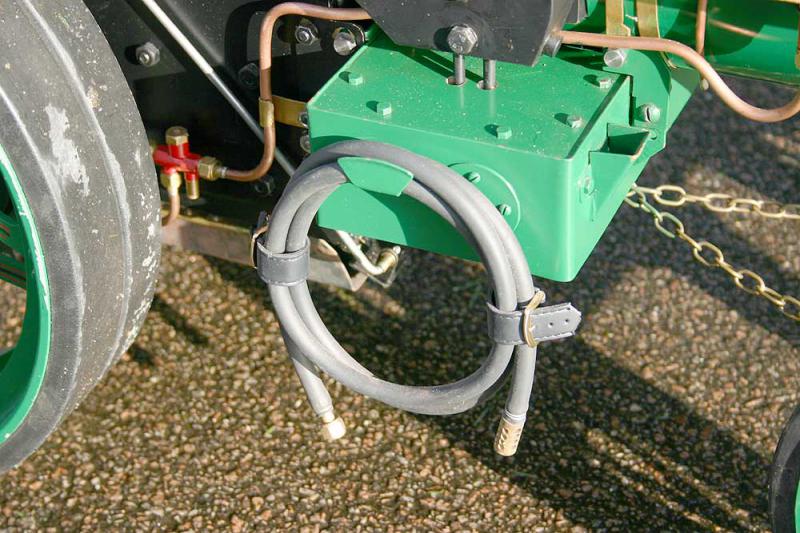 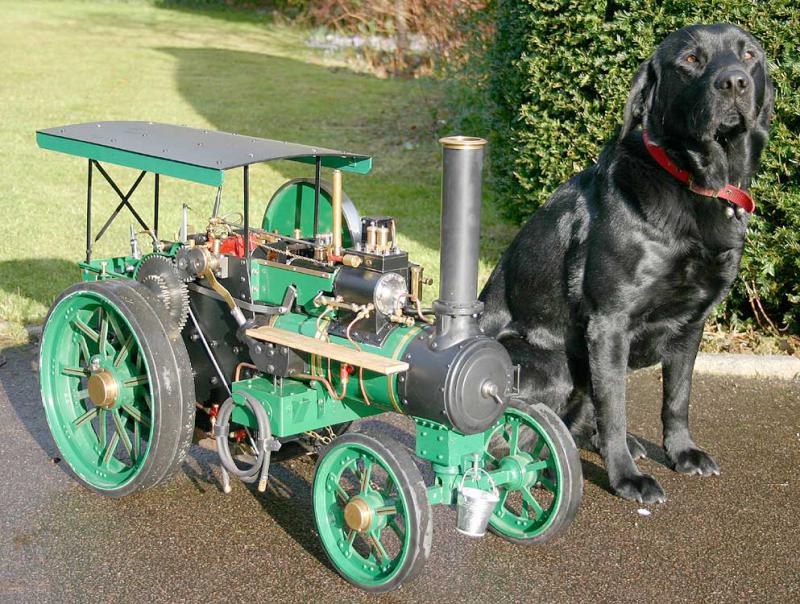 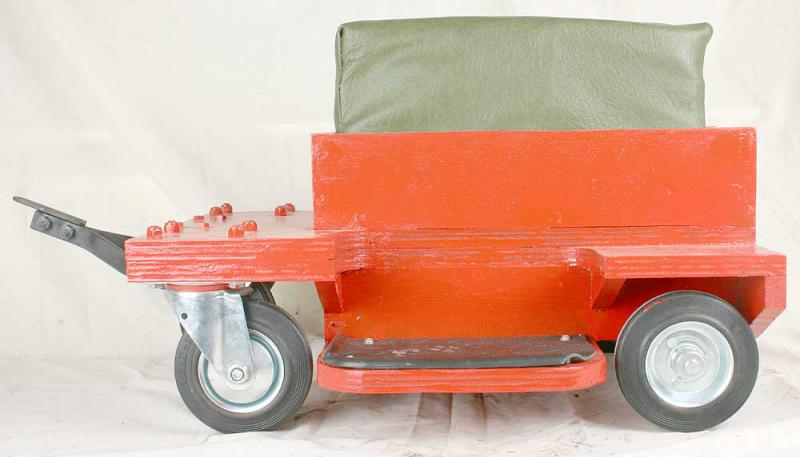 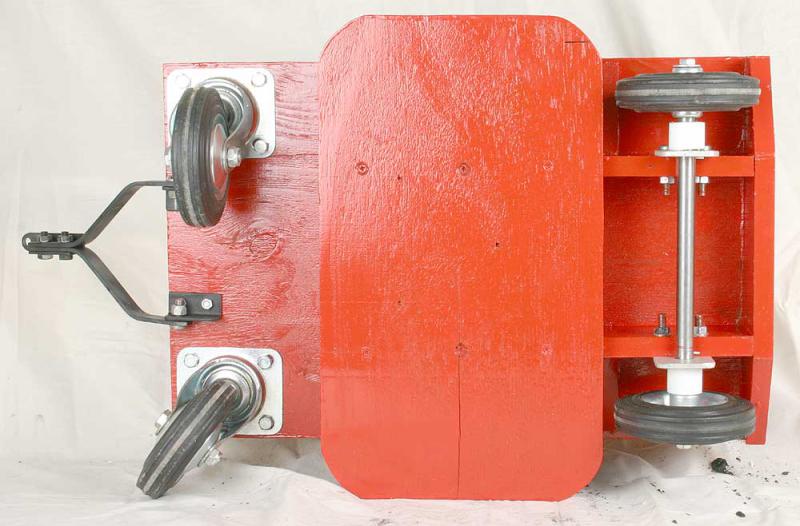 You've seen this one before, I sold it in 2005 when it was still part-built, albeit by a rather talented professional engineer - pictures and blurb about it then are in the archive.

It has since been down in sunny Hampshire sharing a garage with the PoP that's just come in, whilst being completed. It has recently been finished and steamed once before coming in as a part exchange against something rather larger.

I won't write out all the guff again about the bits that were described before, you can read them in the archive, but in summary it's got a professionally-built copper boiler and the first builder is responsible for rolling chassis, gearing, cylinder block and tender. He set a blazing standard to follow (hardly surprising, given that he does this for a living), the man who completed the job is not a professional but has made a decent stab at it. The engine turns over nicely, everything lines up and it runs well. There are some minor jobs to do - the belly tanks are not plumbed at the moment, nor is the mechanical pump functional - the engine relies on injector and hand pump - and the blast pipe requires adjustment to centre it in the chimney.