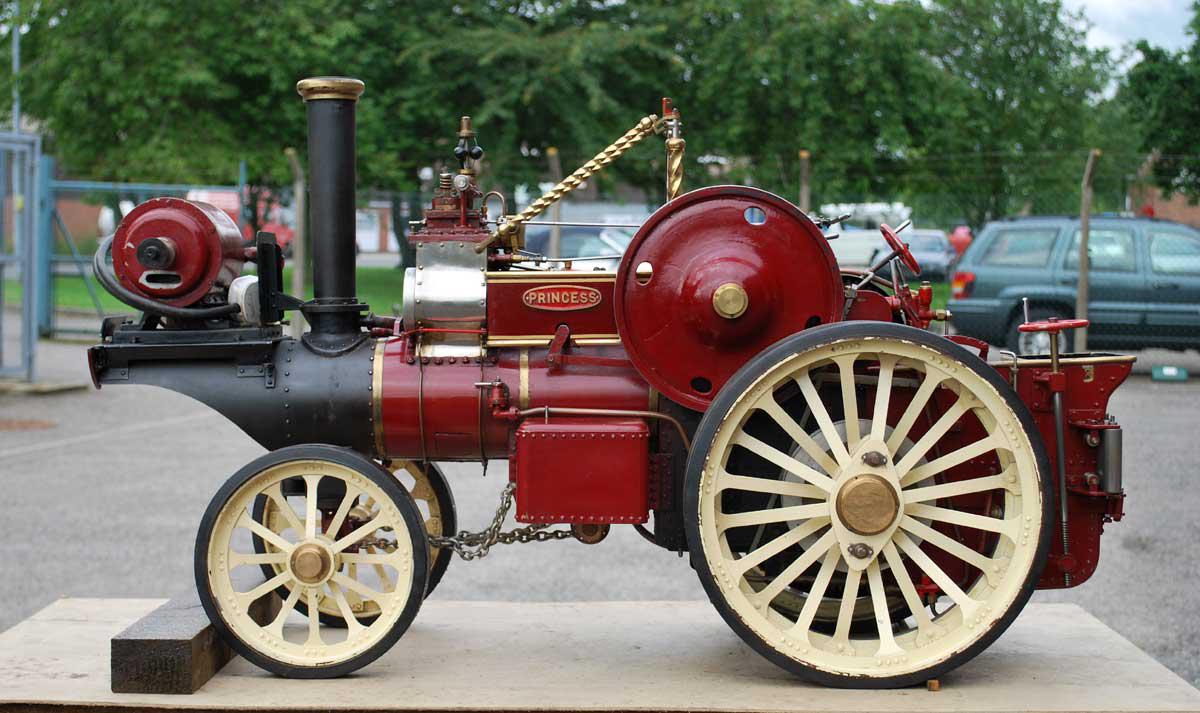 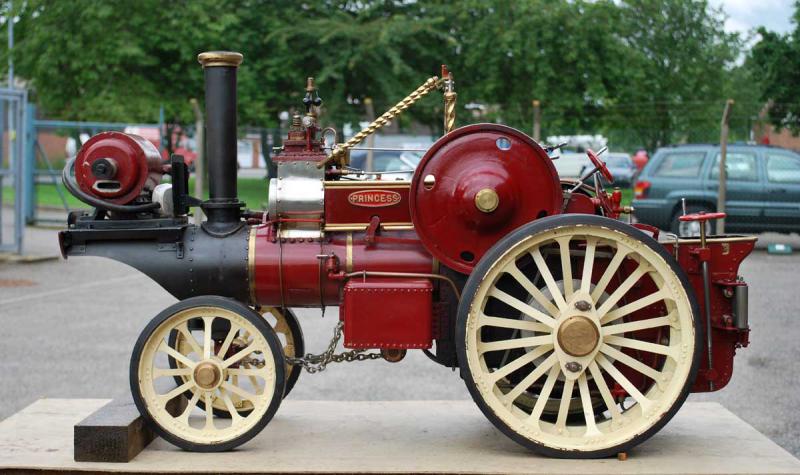 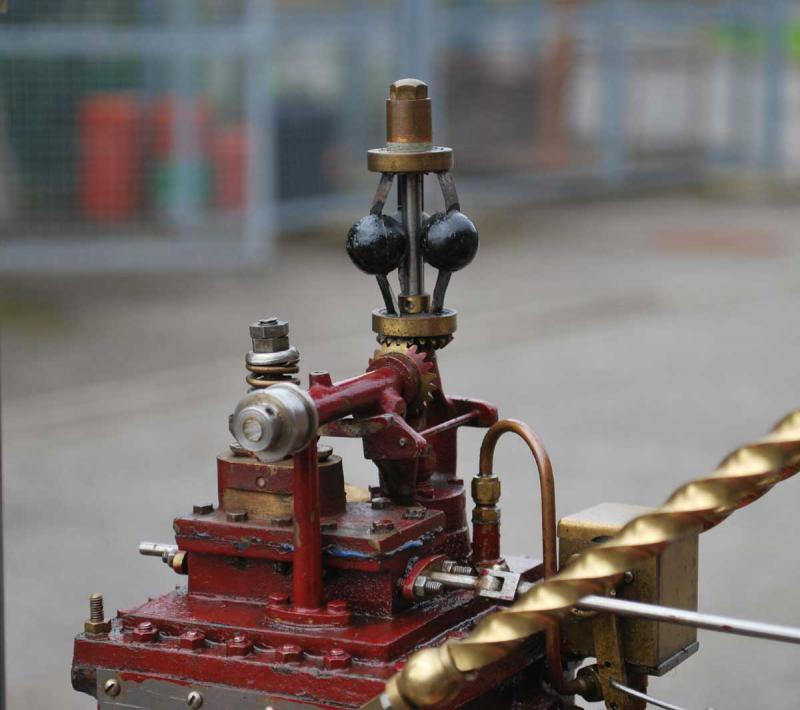 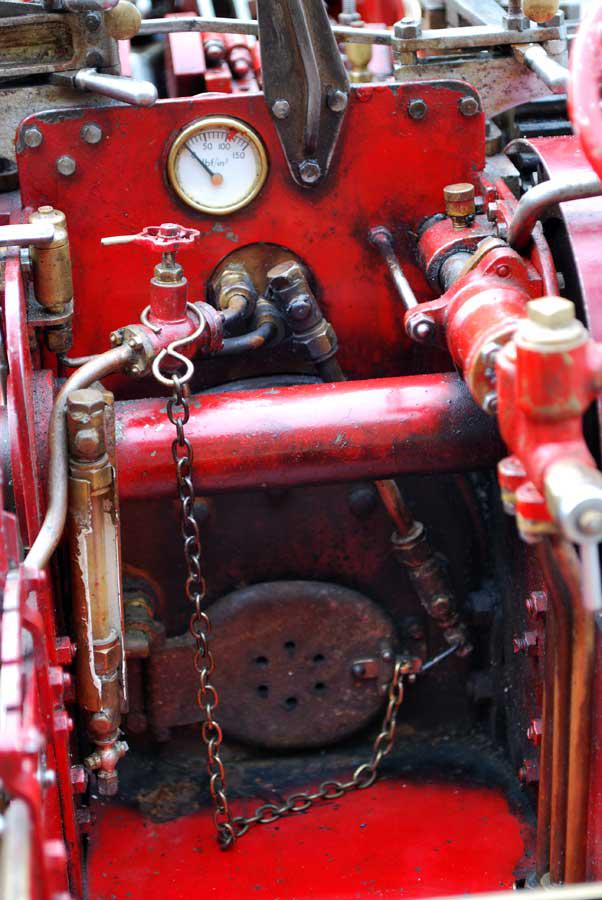 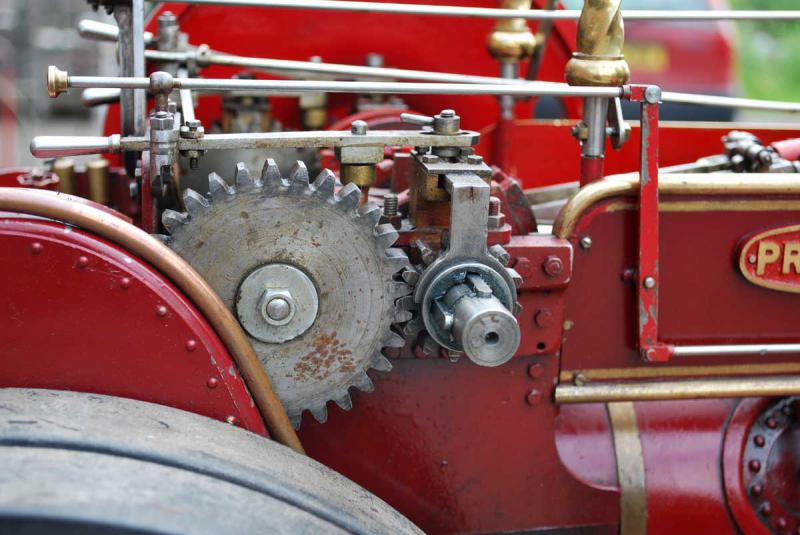 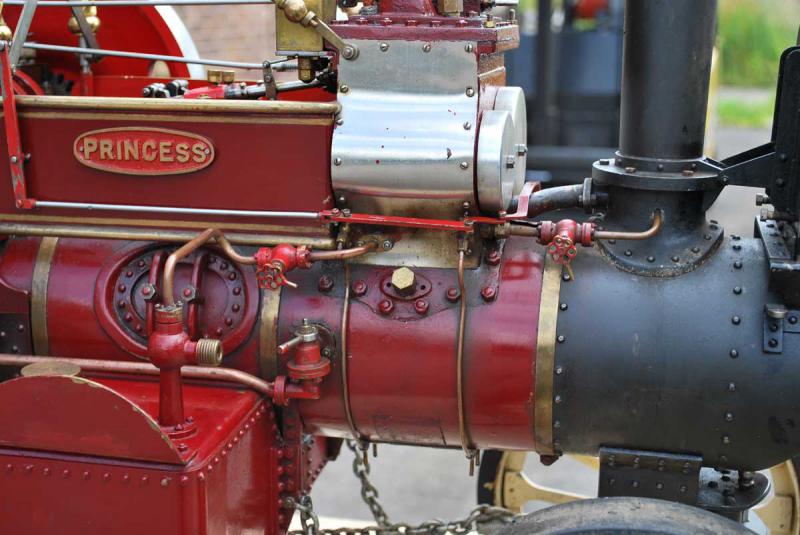 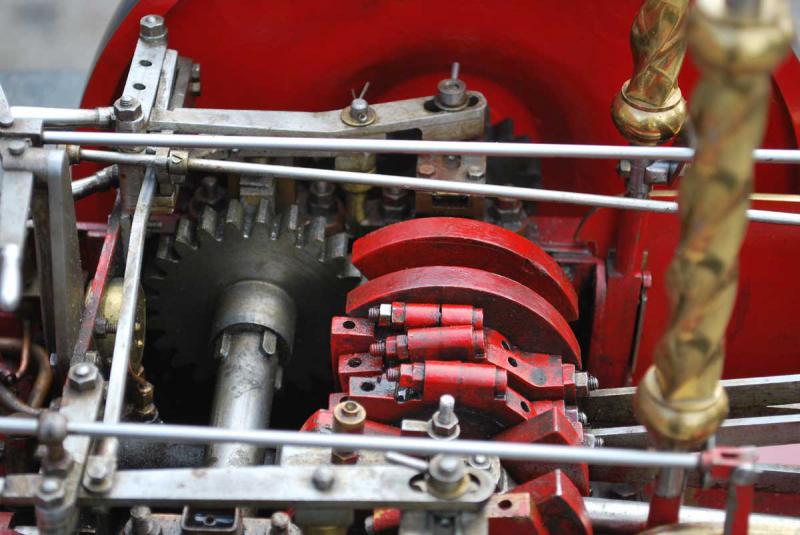 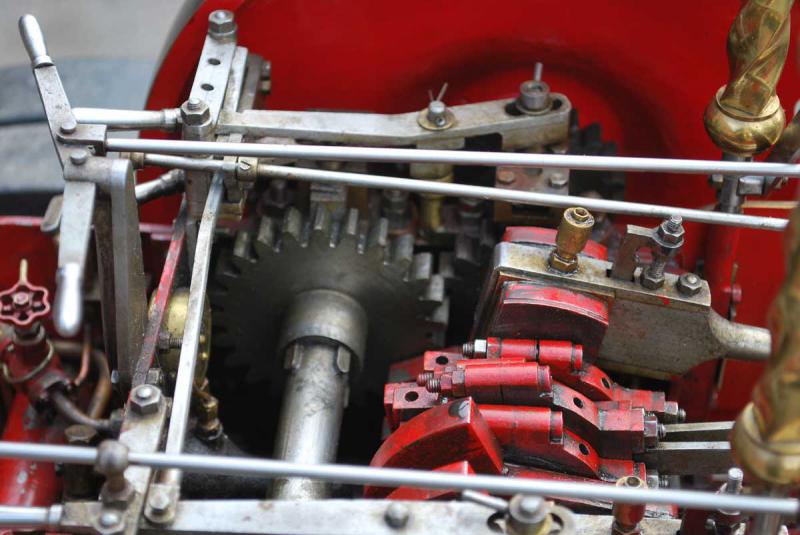 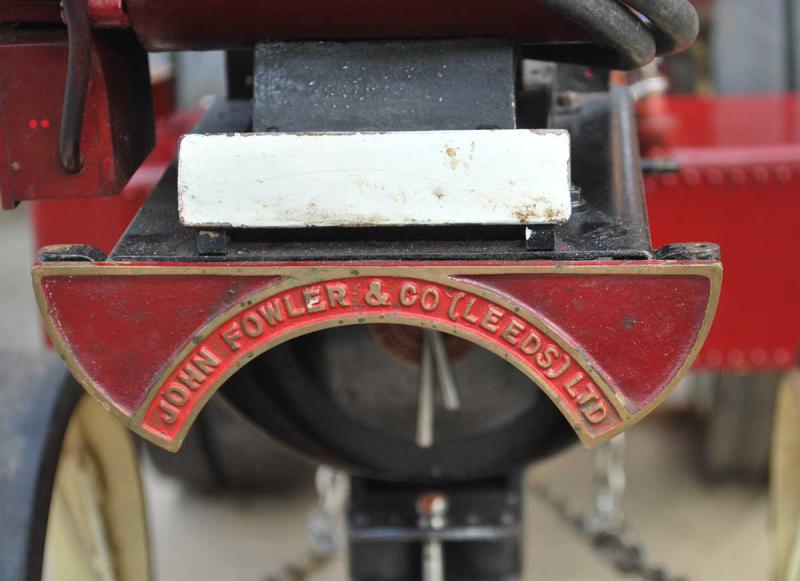 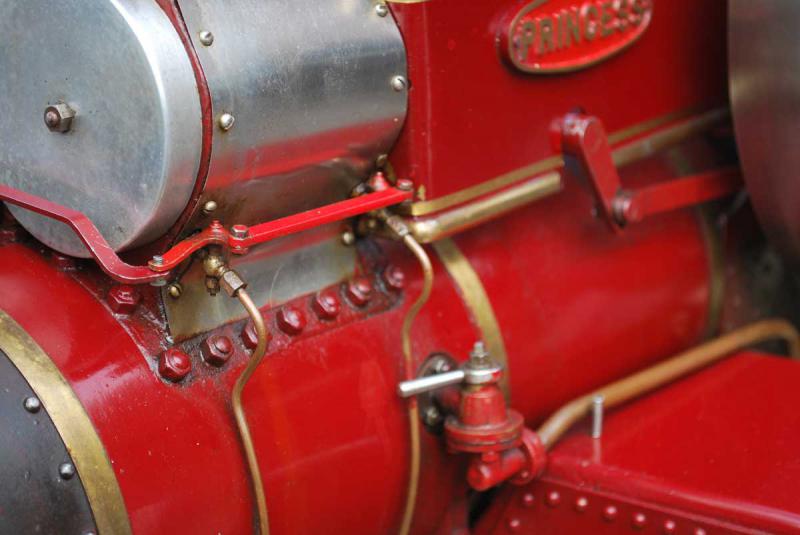 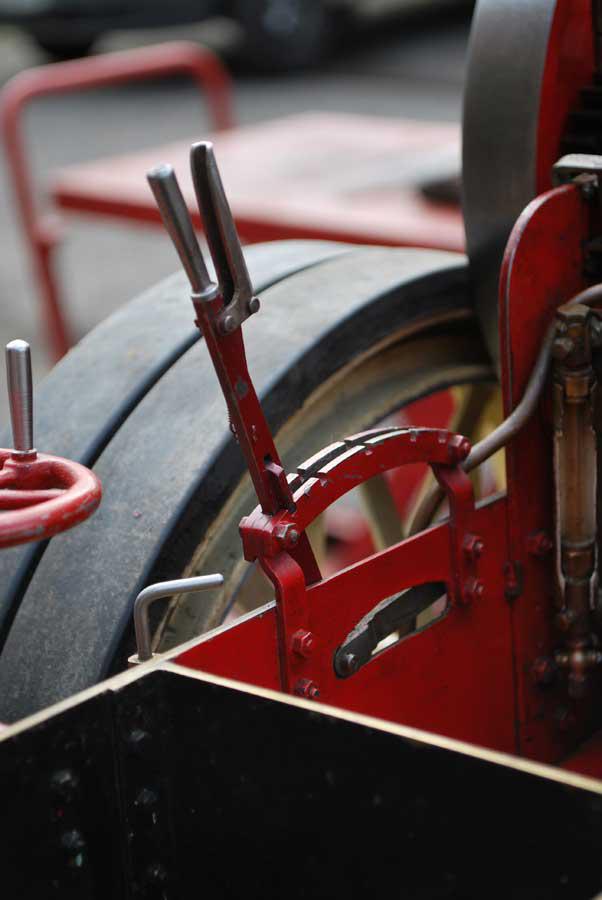 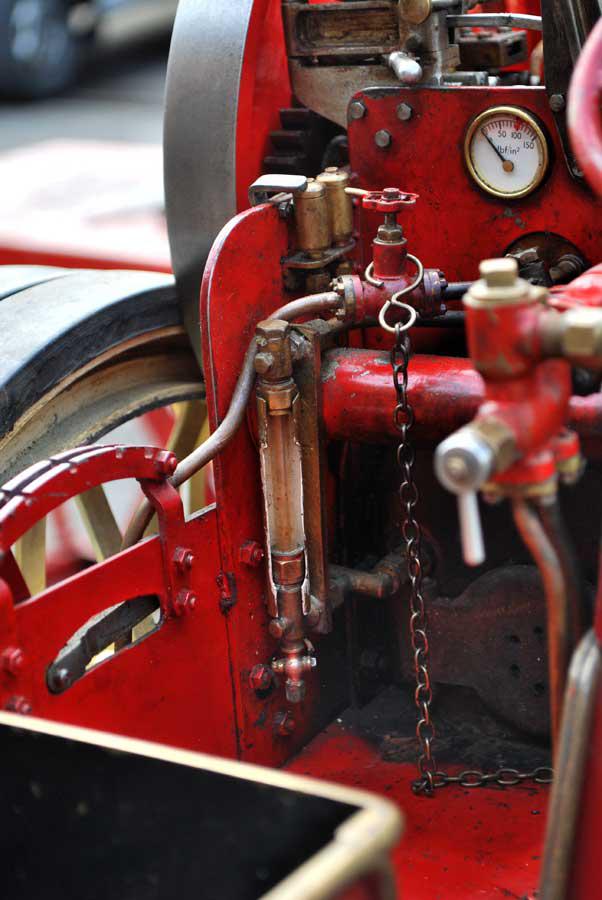 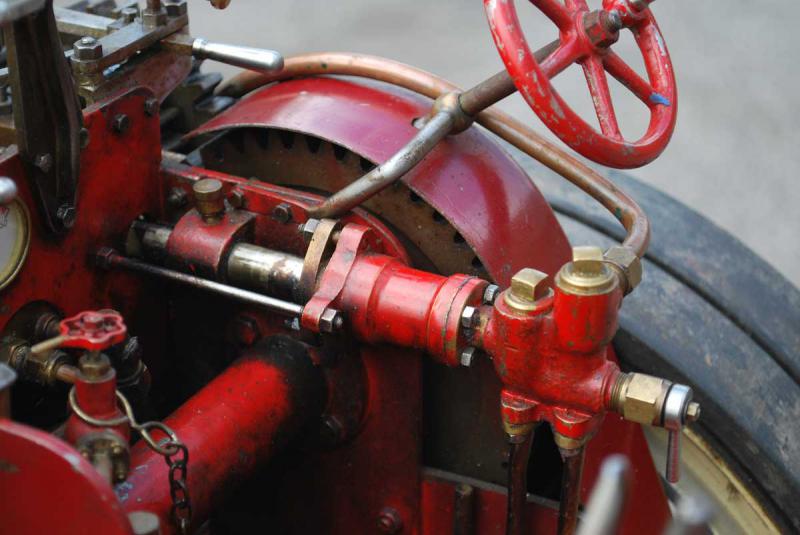 A well-made Fowler double-crank Showman's engine to Plastow's "Princess" design - fit and finish of the motionwork is good, it runs well on air. Unused for many years, it's come from the son of the builder - he remembers his father steaming it when first built. Paintwork was not up to the standard of the machining work when first done, the passing of years hasn't improved it much. There is a canopy and brasses to fit it, the "dynamo" up front is fitted with a 13 amp plug - presumably to turn the engine over for demonstration although with old rubber-coat flex fitted I think a thorough checkover by a competent electrician would be a good idea before somebody kills themselves.

We've hydraulic tested the boiler at 200psi for 100psi working pressure - regulator, glands and just about everything leaks, however the boiler itself is sound and is warrantied as such. There's a clip of it running in the yard yesterday here.

In this scale a Showmans engine comes out as a large model - it's four feet long and a two man lift.