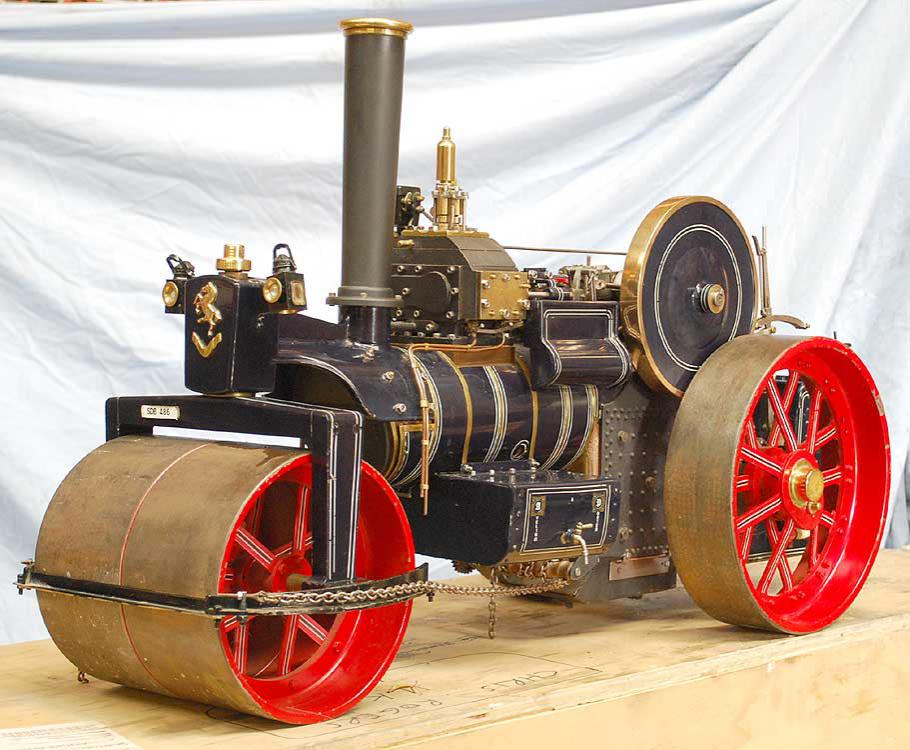 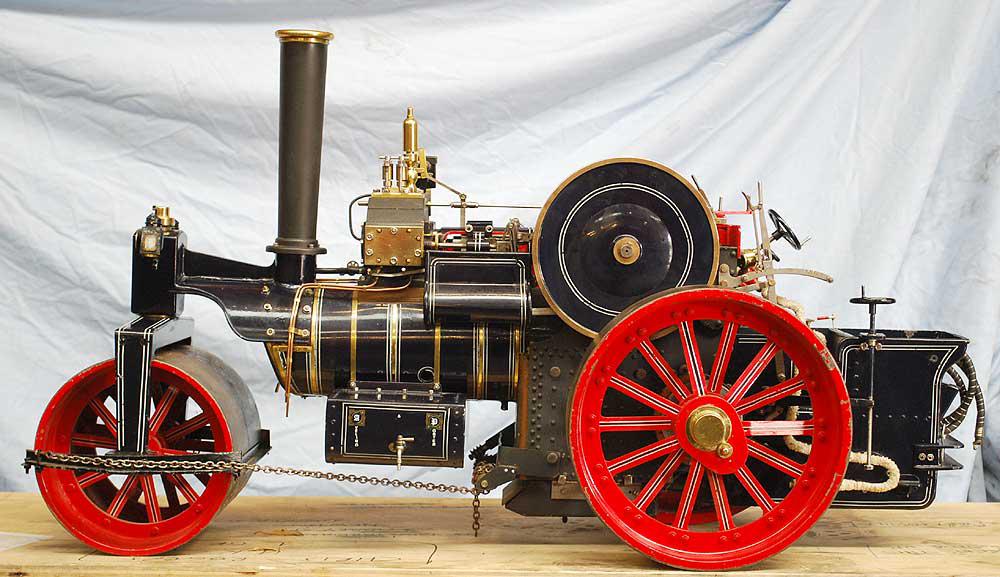 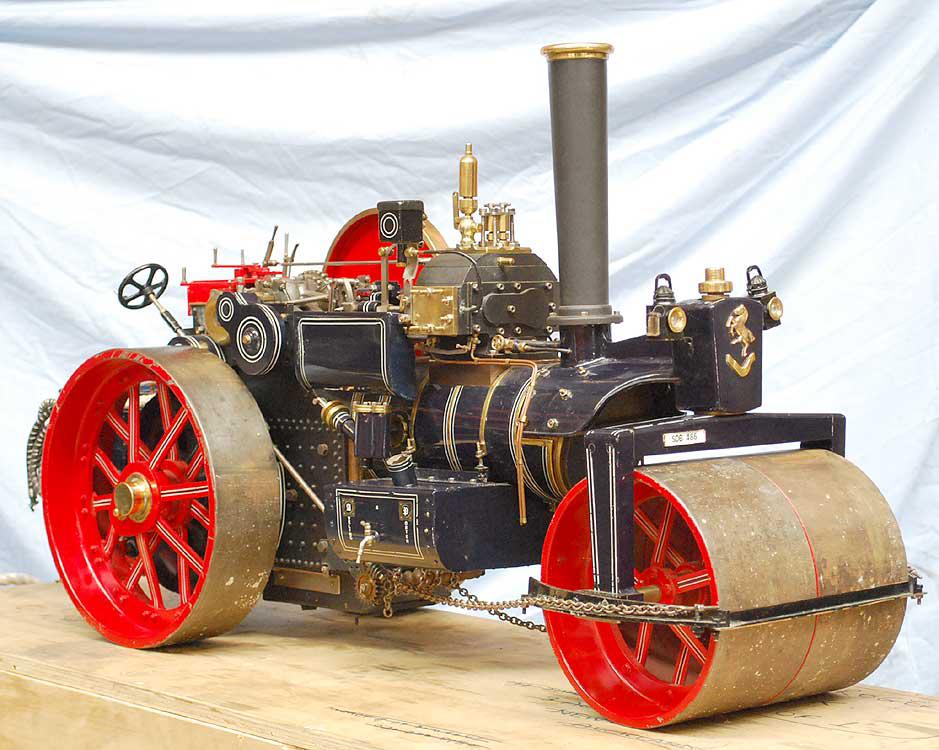 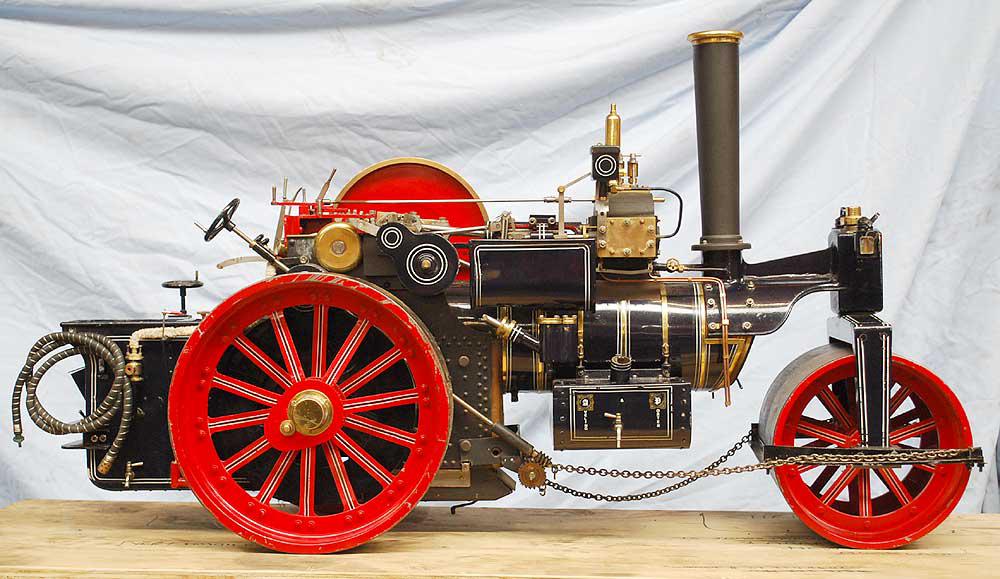 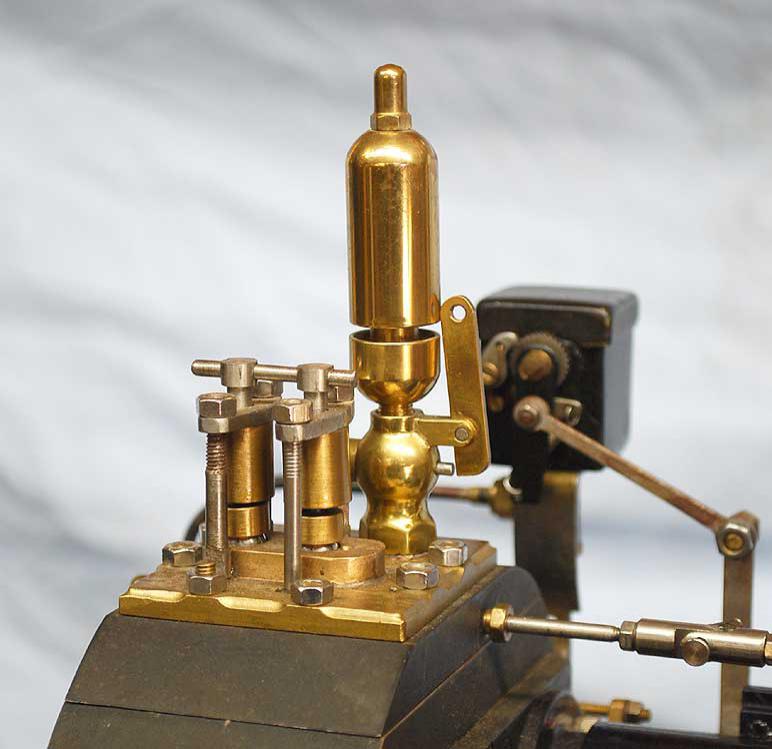 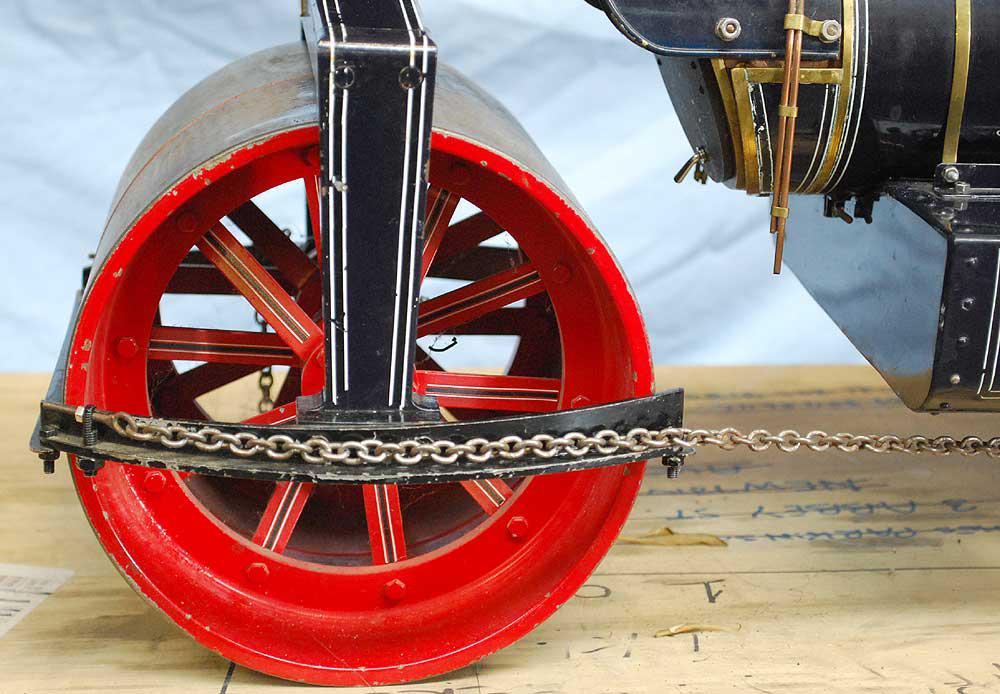 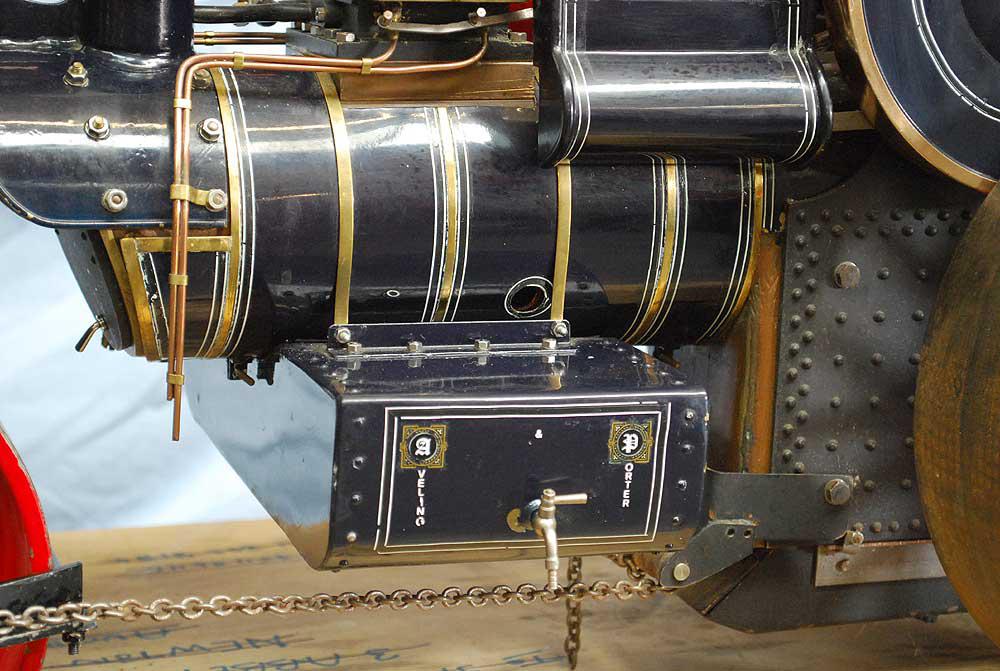 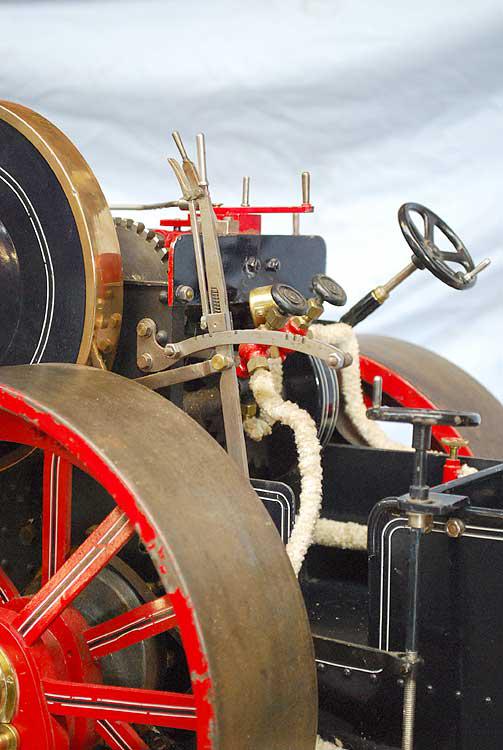 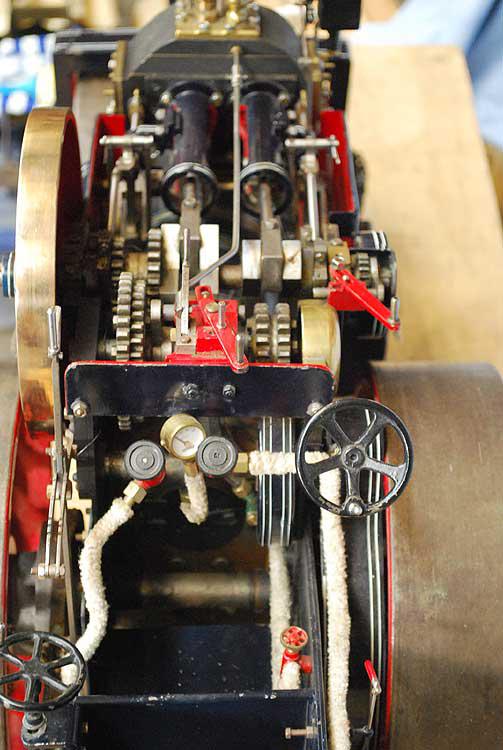 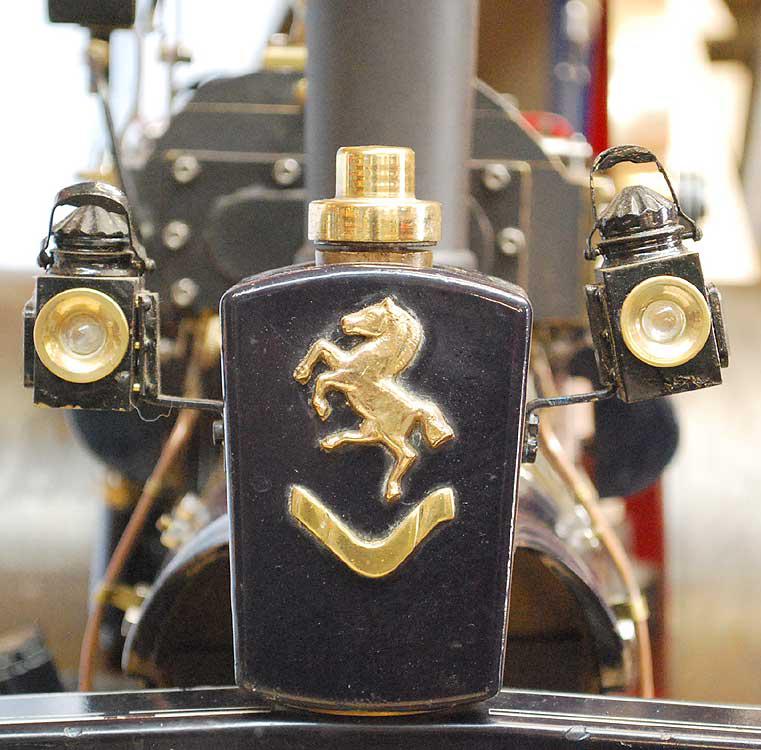 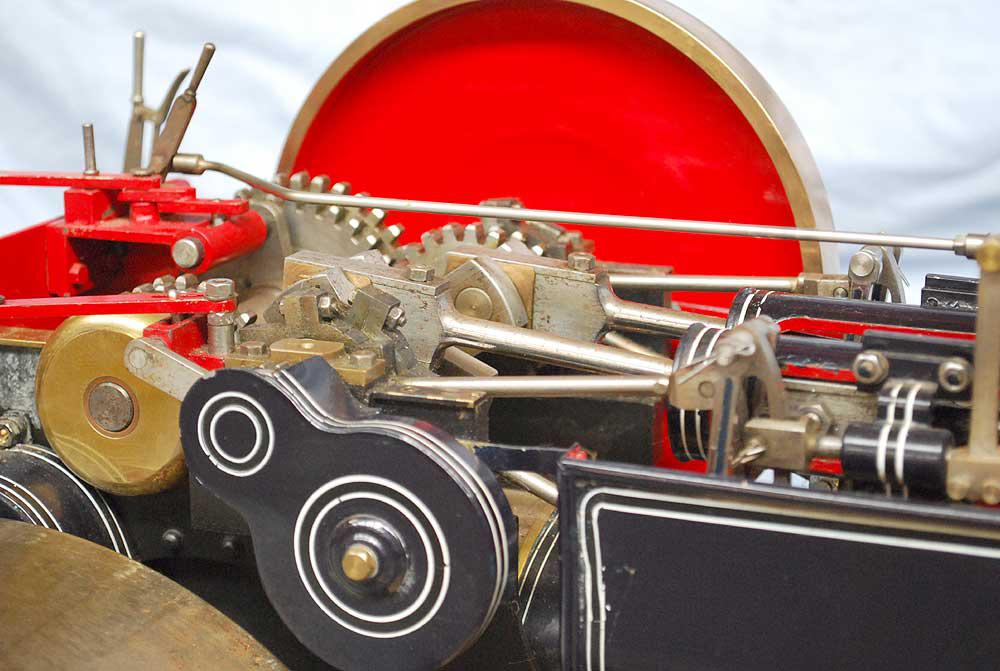 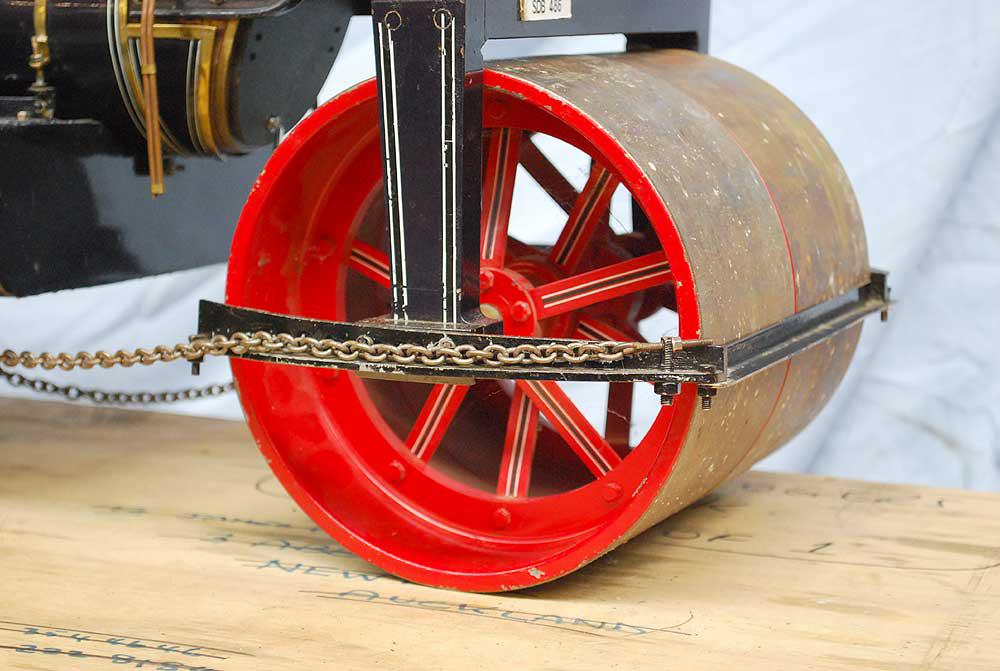 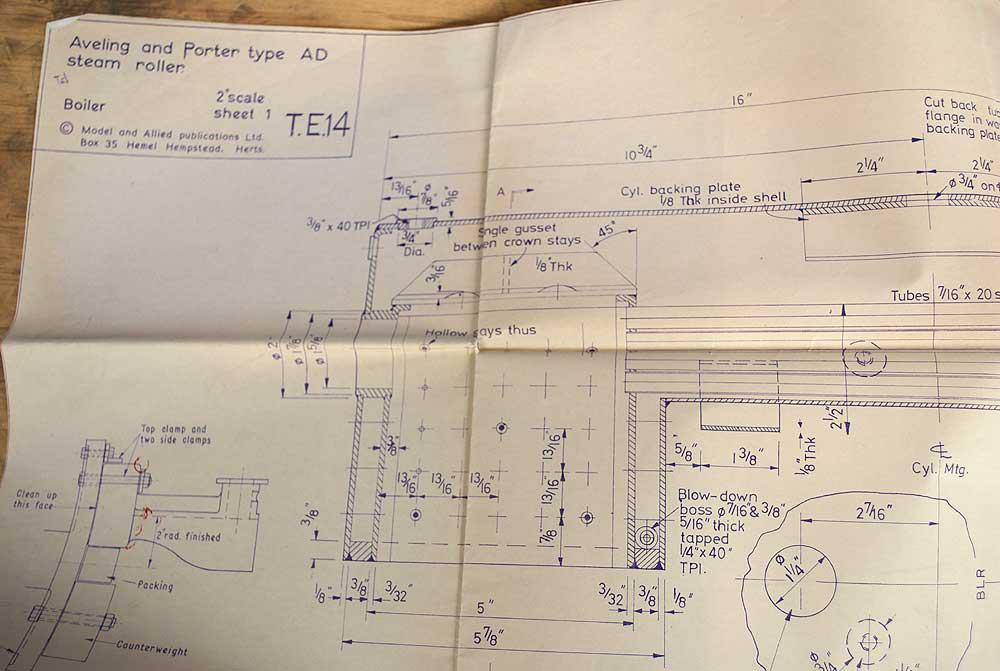 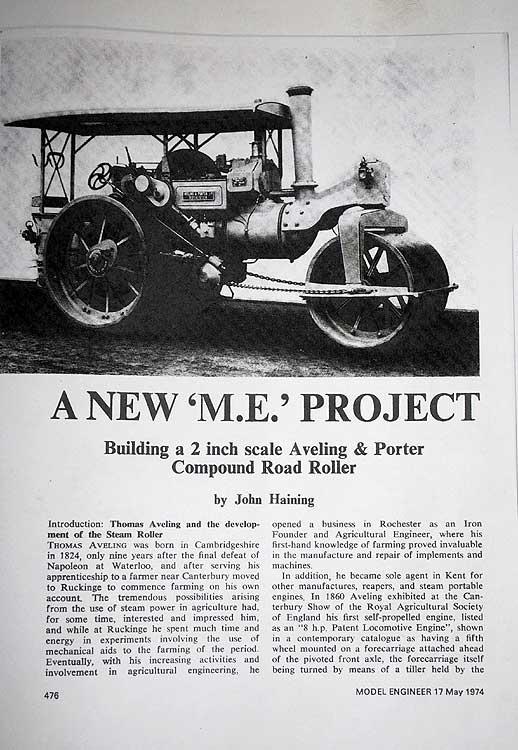 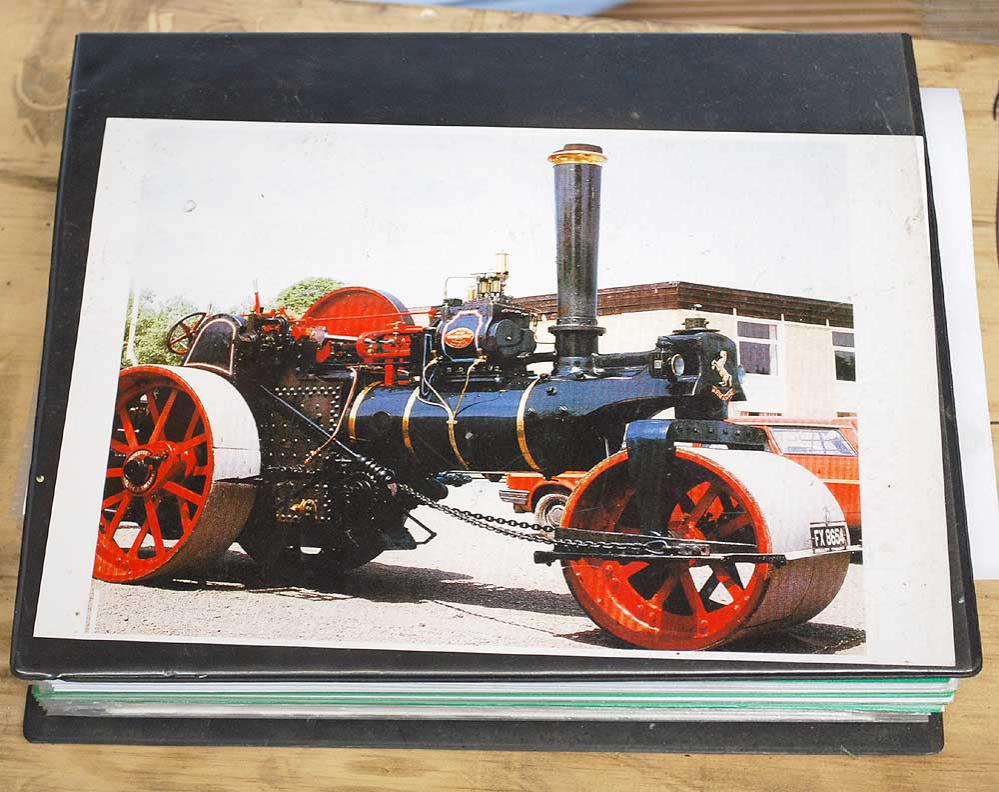 A largely complete 2 inch scale & Porter compound steam roller to John Hainings design. Steamrollers are rarely modelled in any scale which I think is rather a pity - they make up into a large and invariably heavy engine as per the prototypes. This one is only just a single handed lift, weighing something around 130 pounds.

Bought as a part-built project, the previous owner progressed it to the stage you see now. It is largely complete but needs a variety of jobs doing. The motion turns over but tightly - it has allegedly run on air in the past, but the pistons have been overpacked when last removed. This seems feasible, it is tight all round rather than loose with tight spots (which is never a good terribly good sign). One steering chain is broken, neither injector nor mechanical pump have ever been plumbed up to the boiler. On the nearside, the silver-soldered copper boiler has been drilled and tapped for the injector clack - it should really be bushed - otherwise it looks extremely well made.

Given the rarity of the model and standard of work so far, I would be tempted to strip it completely, free up the motion and take the opportunity to bush the boiler. Without a doubt I would put it into Aveling green - midnight blue looks super on Victorian locomotives of a Great Eastern provenance, but not steam rollers from Kent.

There is a folder containing a set of drawings and copies of the construction articles from "Model Engineer".