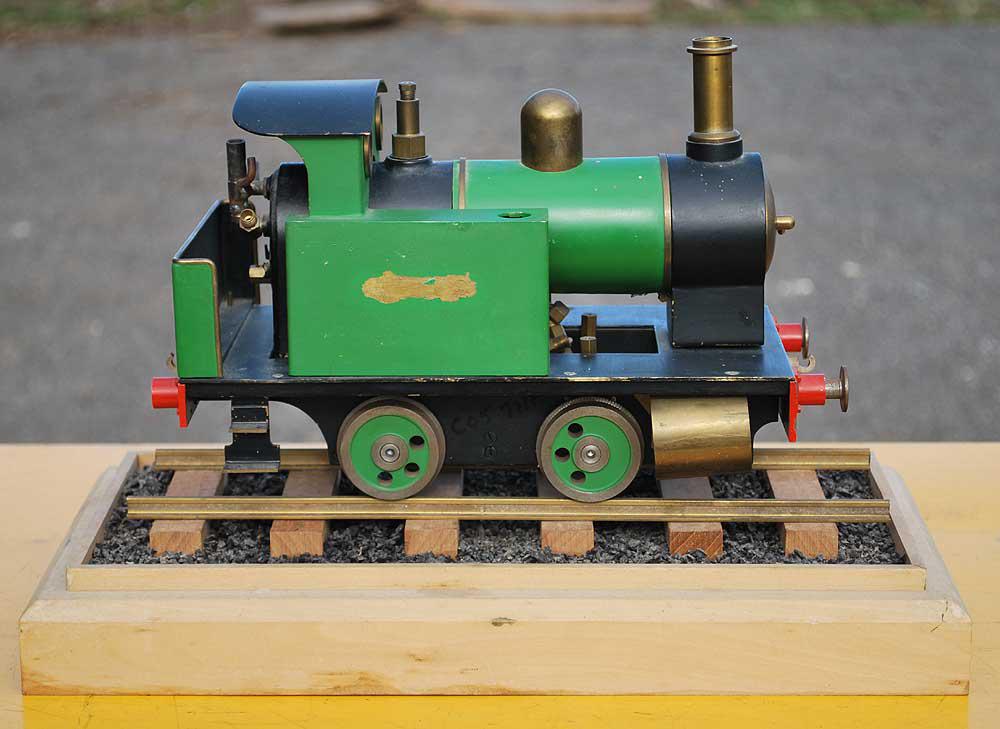 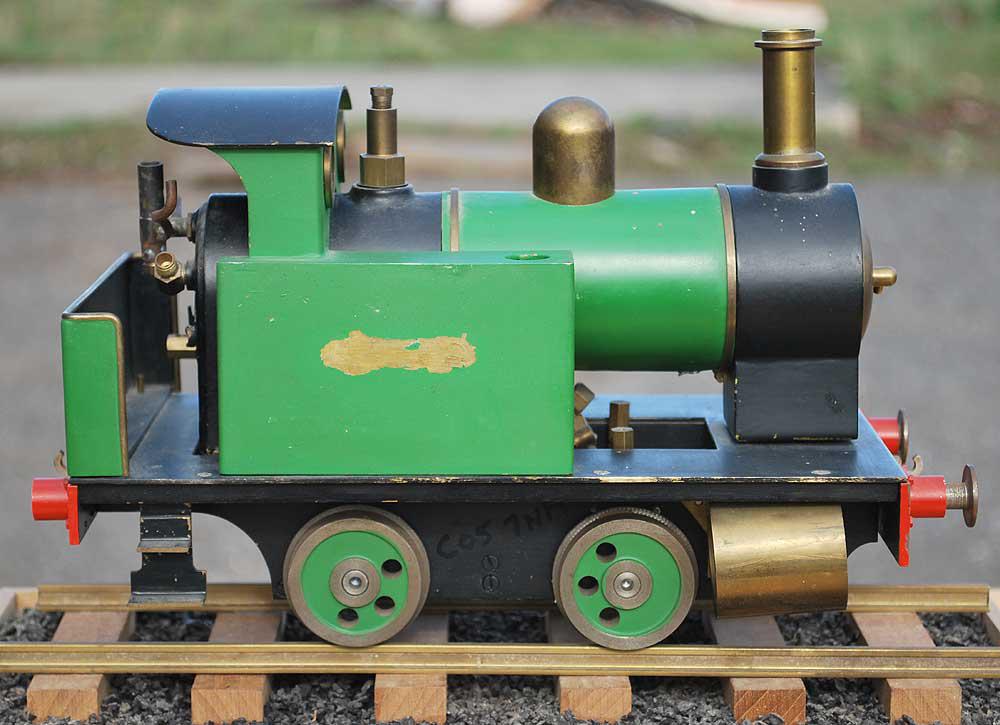 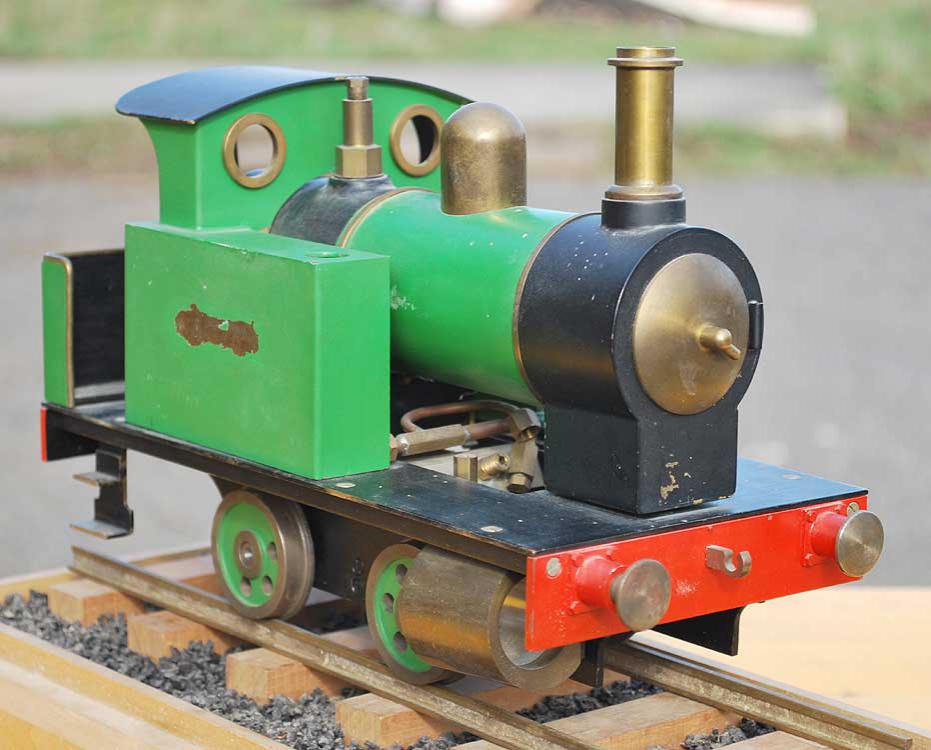 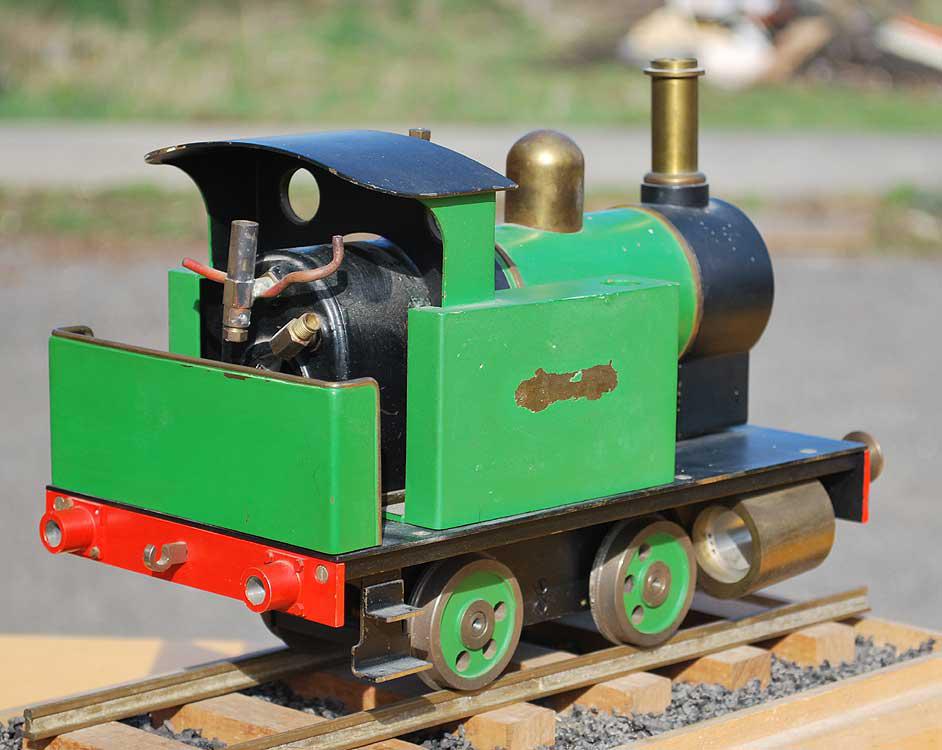 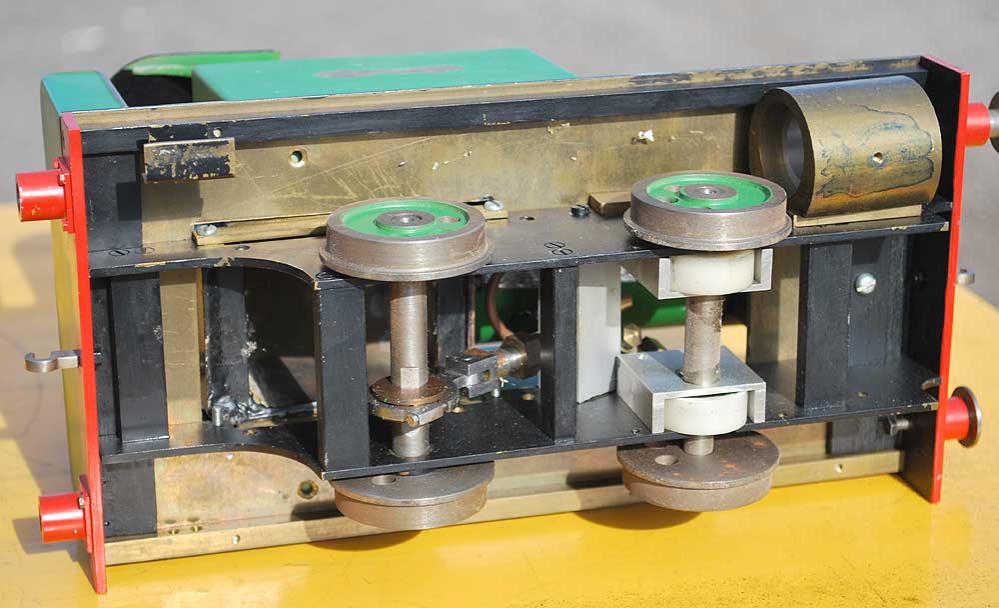 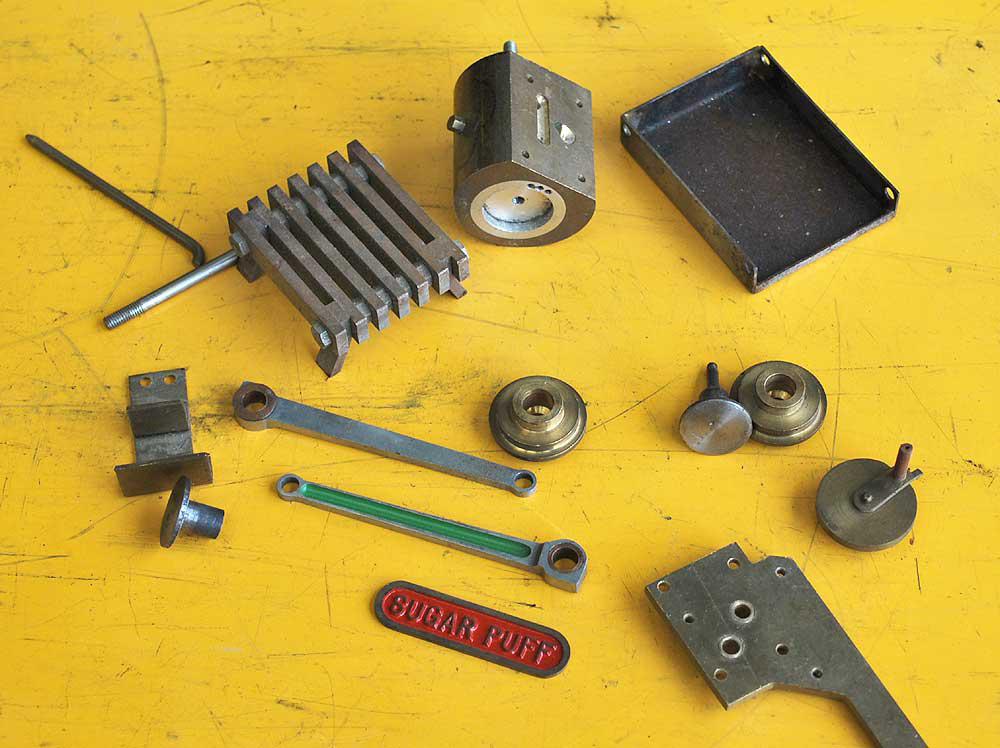 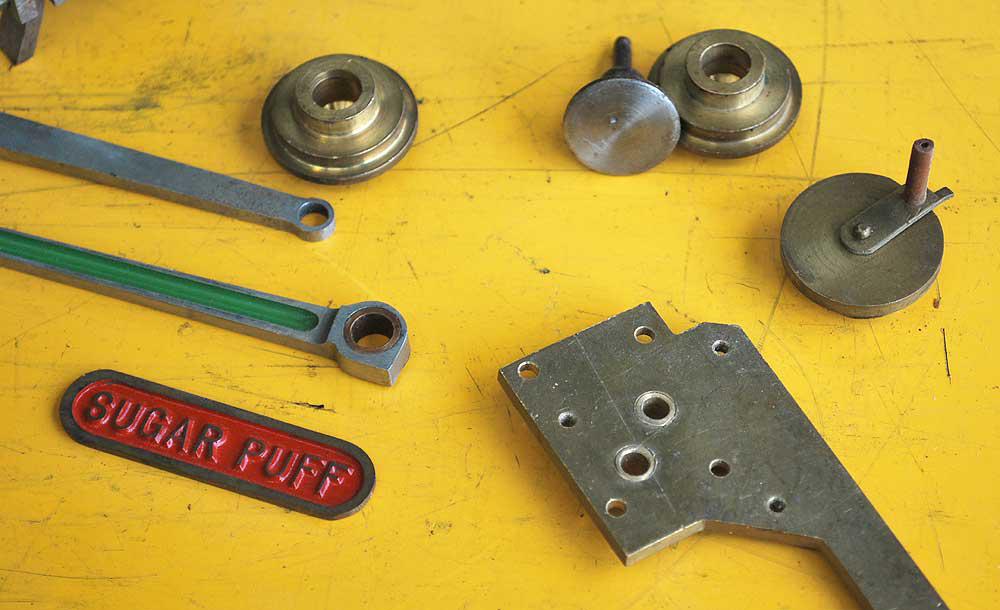 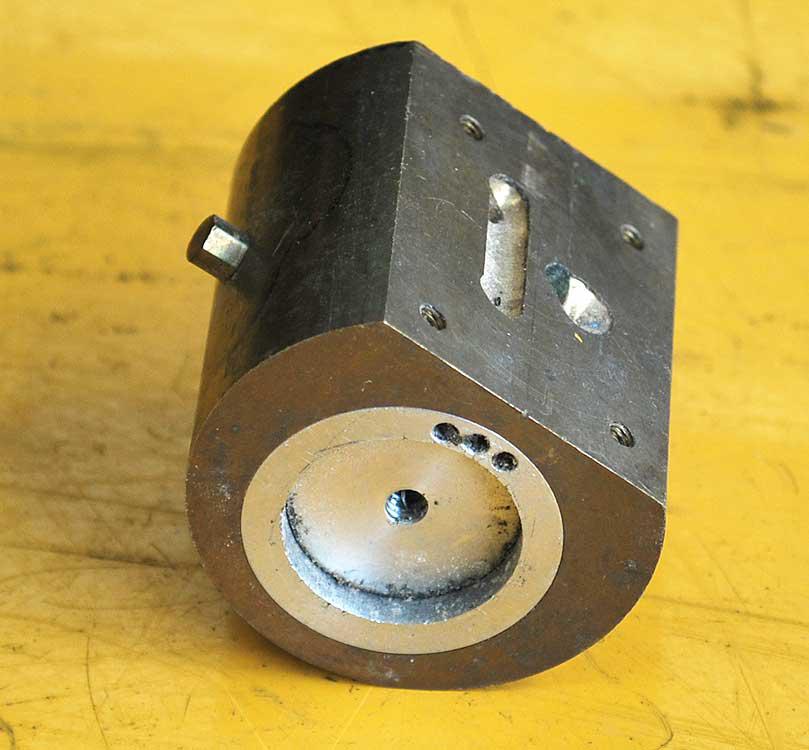 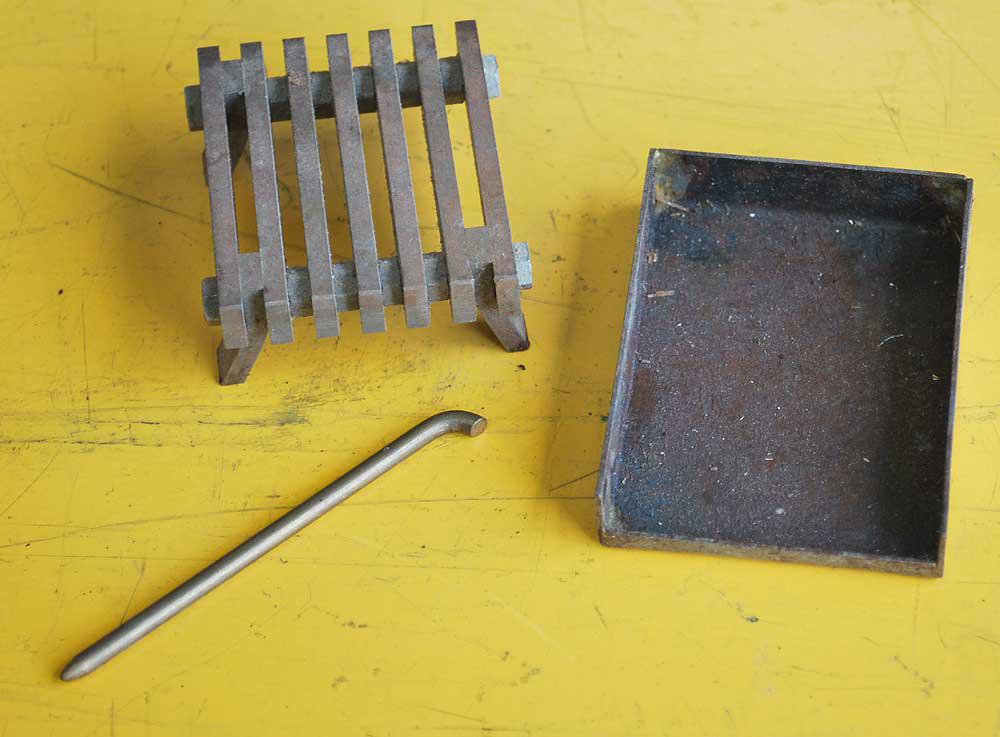 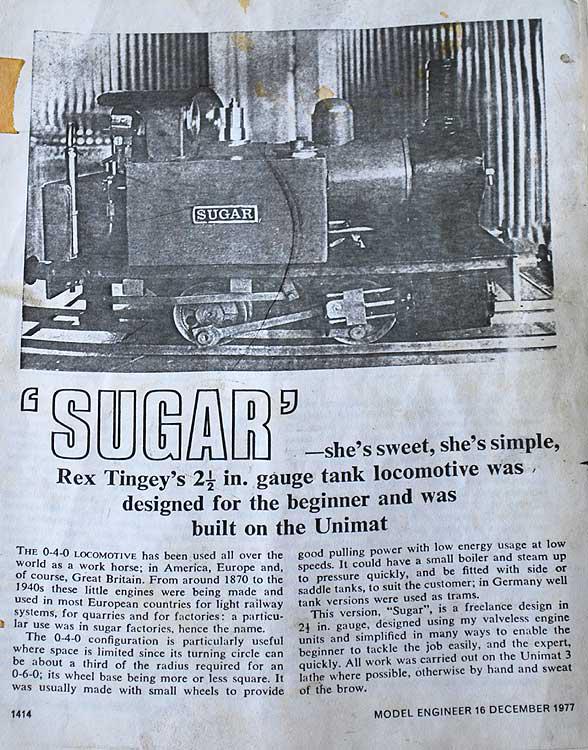 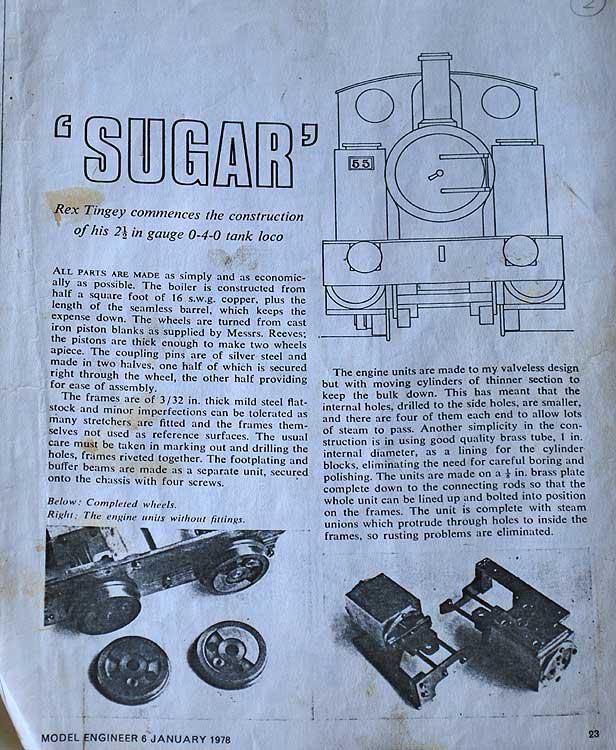 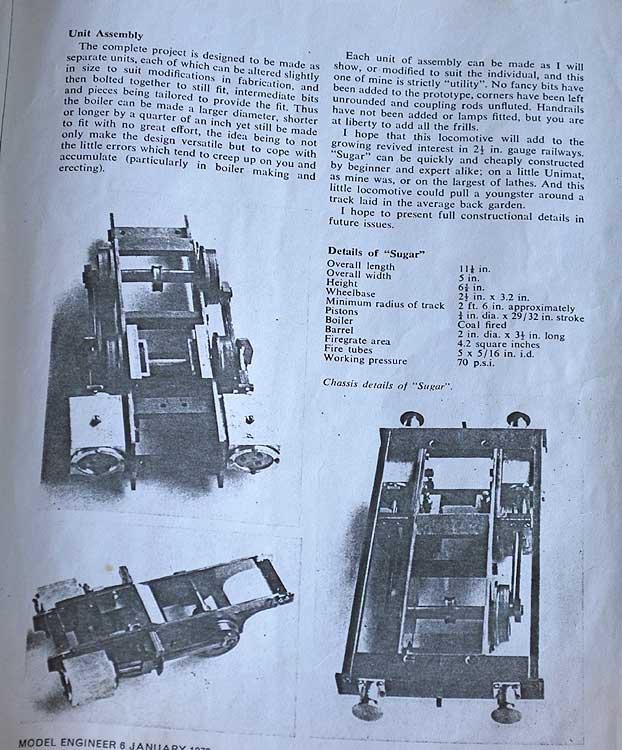 I remember this series coming out in "Model Engineer", Rex Tingey's "Sugar" design for a 2 1/2 inch gauge contractor's tank engine - it's sort of a bonsai "Tich". I went to the Model Engineer Exhibition that year and saw the designer's engine on show, it looked very appealing to a teenage tyro (despite the fact that, as I remember, it was painted in a particularly revolting bile green colour).

Intended to be contructed entirely on the diminutive Unimat lathe (of which the designer was a great supporter), it's probably one of the fastest of fast locomotive builds ever serialised in the magazine - the whole construction was covered in six issues.

Work to date is neatly done, there's a nicely made silver-soldered copper fire-tube boiler, working pressure is 70 psi. All the platework is done and most of the chassis, copies of the construction articles and most parts to complete (except a pressure gauge) are there.