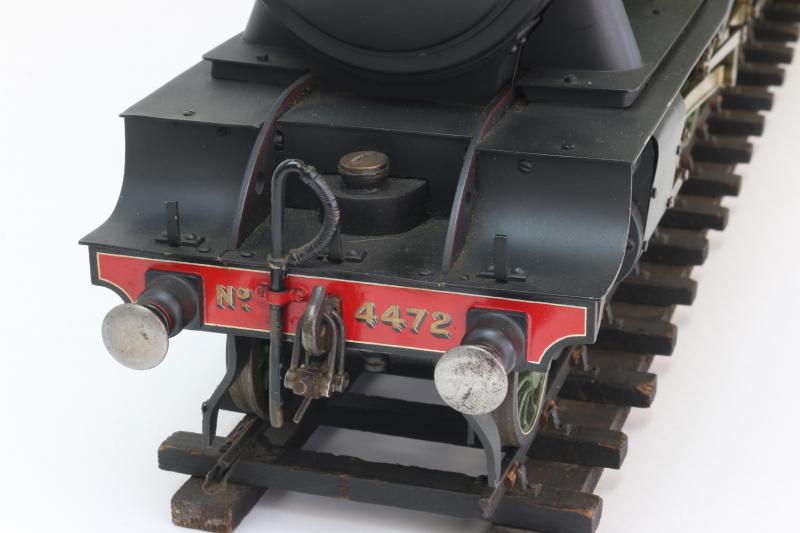 A venerable example of a 2 1/2 inch gauge LNER A1 Pacific "Flying Scotsman", built to the F.J.Camm design with coal-fired boiler. Complete with some history - including a bill of sale from the 1980s - drawings and construction booklet, and a quote (subsequently accepted) to have the engine professionally repainted and lined out in 1987. It appears not to have been steamed since.

Built as a two cylinder model, typical of the time, with Walscharts valve gear. Boiler looks untroubled by much running but, in deference to its age and paintwork we've neither tested nor steamed it.

From a collection recently arrived, formerly the property of a man who worked part-time at "Steam Age" of Cadogan Street in London - we suspect the A1 may well have passed throught their hands at some stage.