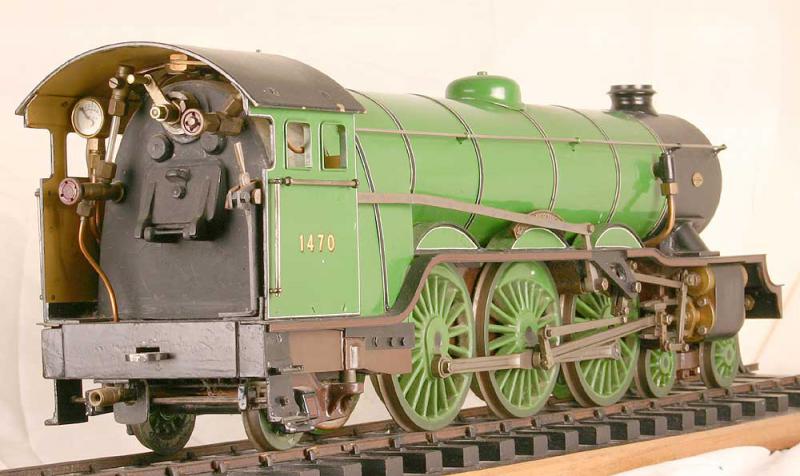 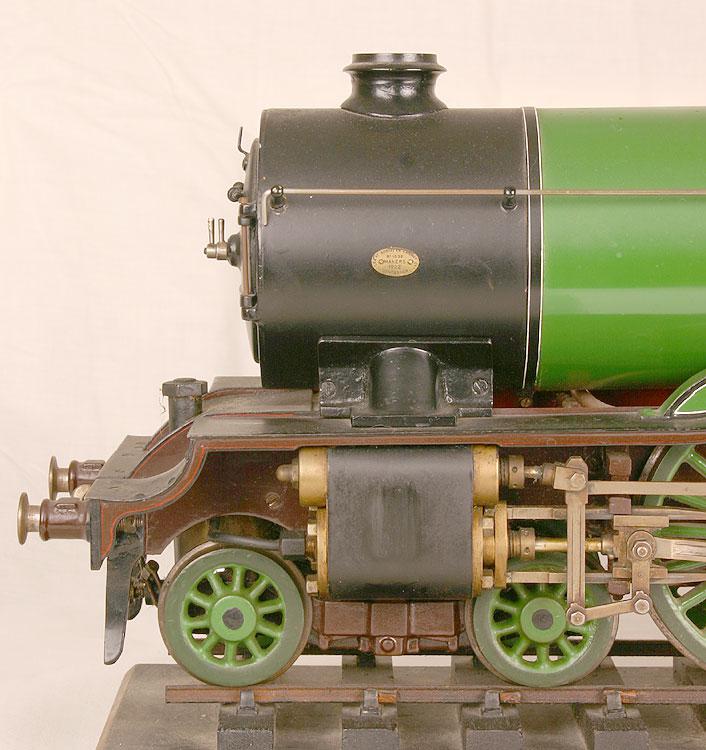 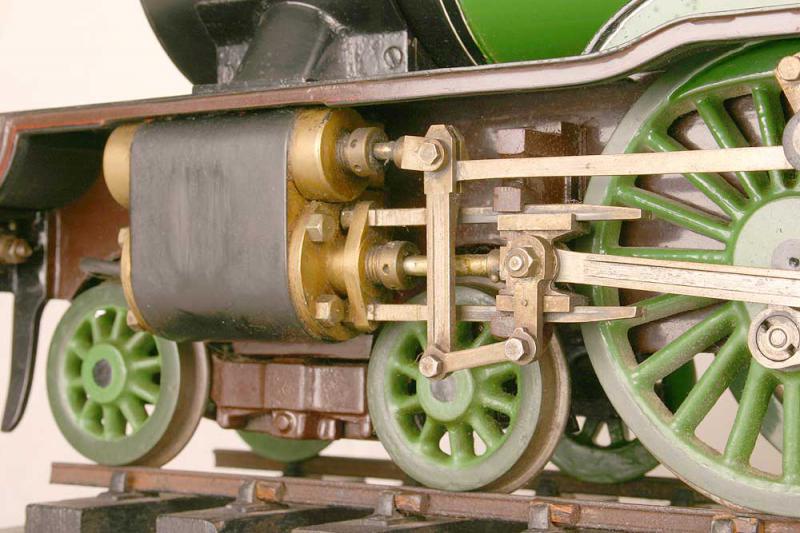 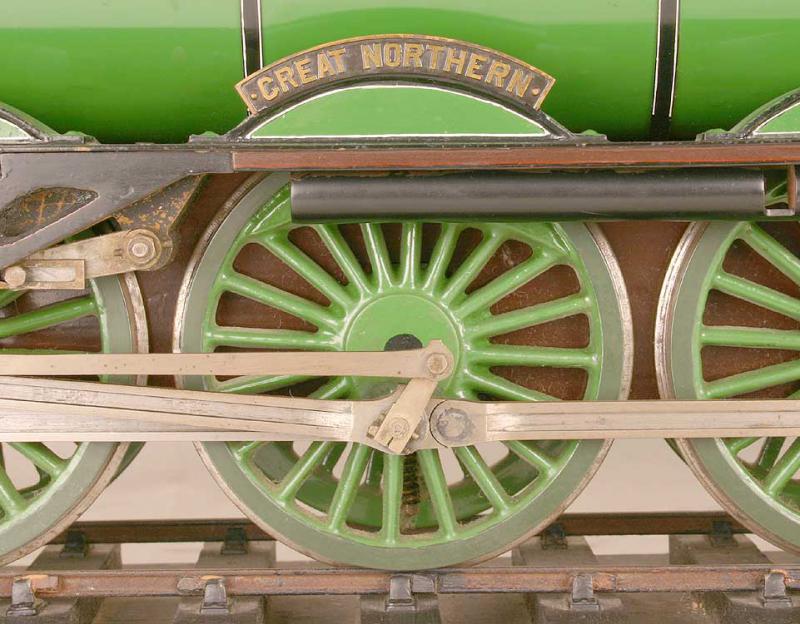 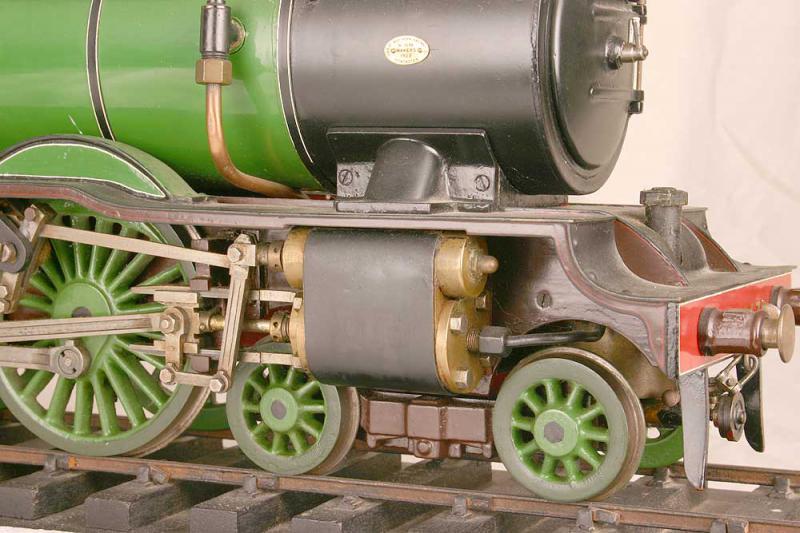 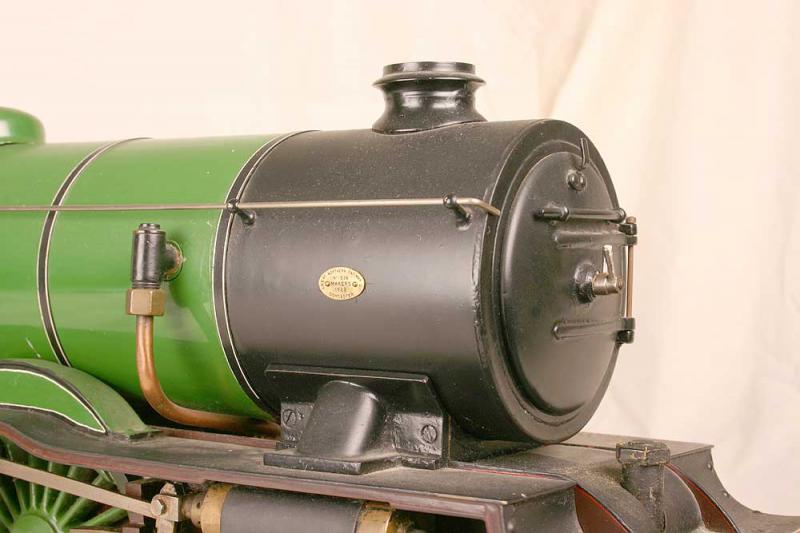 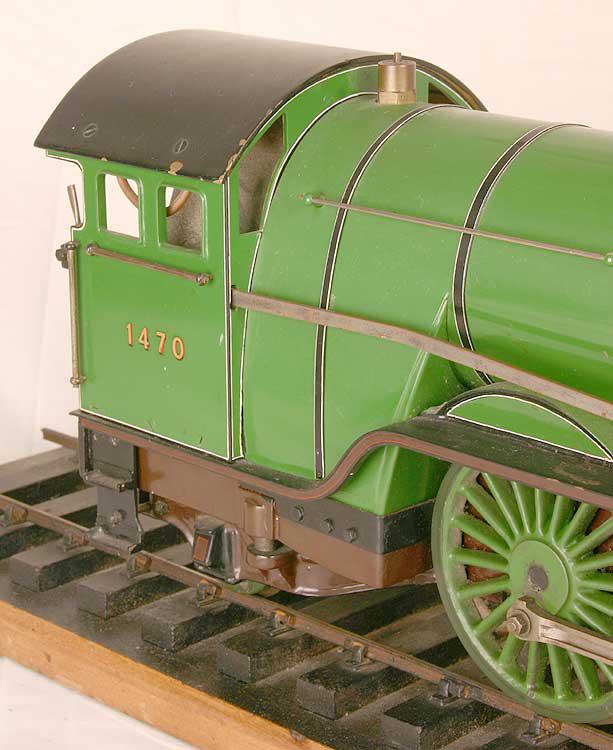 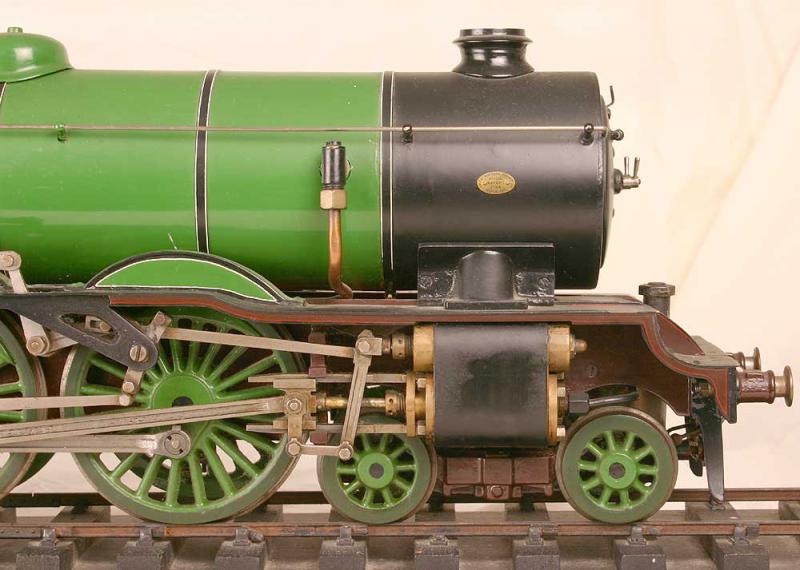 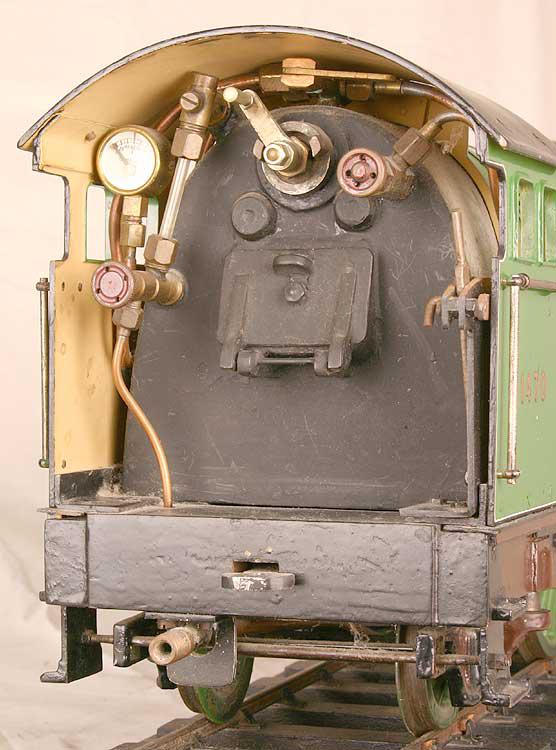 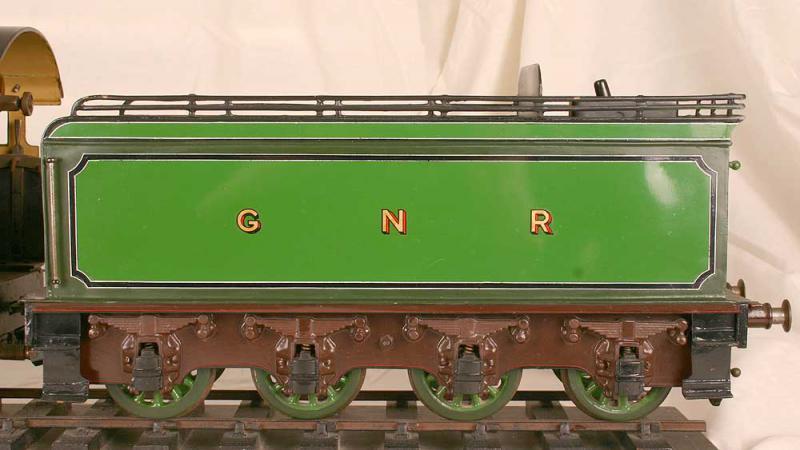 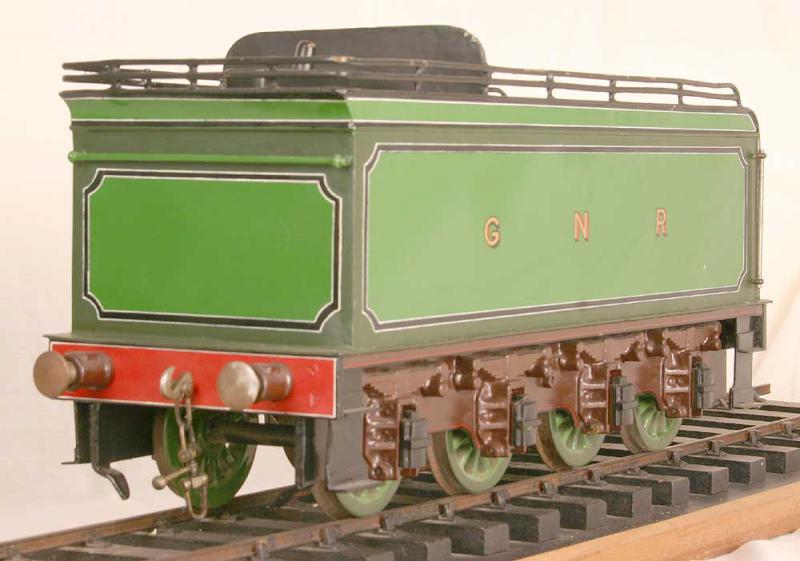 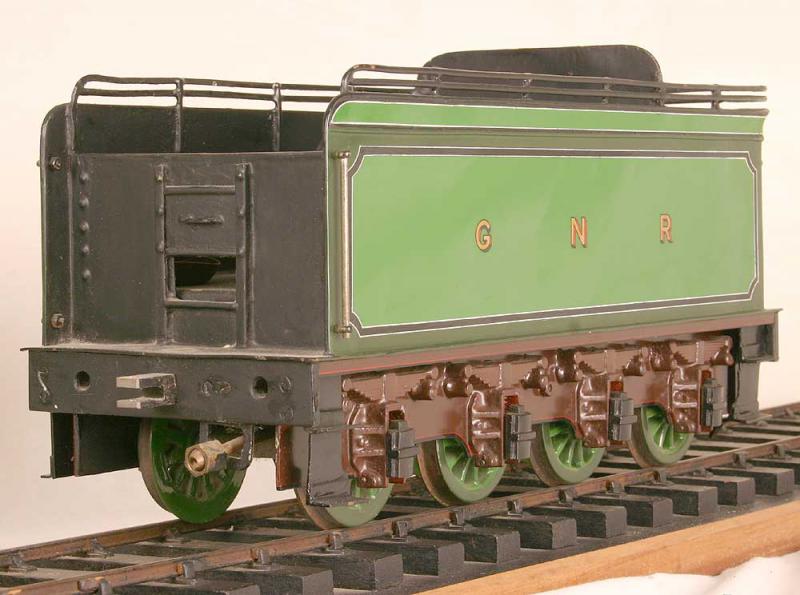 Although Gresley had laid down the plans for a Pacific before the First World War, it wasn't until 1922 that Doncaster finally rolled out "Great Northern", the first in a long line of Pacifics from the great man which continued to evolve over the following twenty years. Designed to pull 600 ton trains (which it did in some style) the first in the line, number 1470, was followed by a further nine engines.

In later years, from 1927 on, all of the class with the exception of "Great Northern" were rebuilt as A3s. It is entirely possibly that the LNER were saving their first Pacific for posterity, however it was not to survive. After Gresley's death, Thompson, against much opposition from almost all quarters of the LNER, "rebuilt" the first A1 into the so-called A1/1, in the process losing most of the original engine (although giving LBSC inspiration for his "Hielan Lassie" design, so I suppose some good came of it).

This is a beautifully made little 2 1/2 inch gauge version of "Great Northern", well proportioned and giving a good impression of the prototype although with two cylinders rather than three. The boiler is copper, working pressure is 60psi saturated steam, feed by hand pump mounted in the tender. Two cylinders with slide valves actuated by Walschaert's valve gear, lever reverser in cab, displacement lubricator behind front buffer beam. There is a decent-sized whistle hidden beneath one running board.

Build quality is good, the motion work is very nicely done and the mechanical condition indicates little serious use over the years. The last owner had it repainted and lined since when it has never been steamed, sitting on display in his living room. It has had a hydraulic test in the workshop here and runs well on air. In deference to the pristine paintwork I haven't steamed it - should you want it for go rather show, I would be more than happy to give it a run.

Complete with a set of firing irons and length of display track on wooden base.