Sold June 2017 Back to Archive 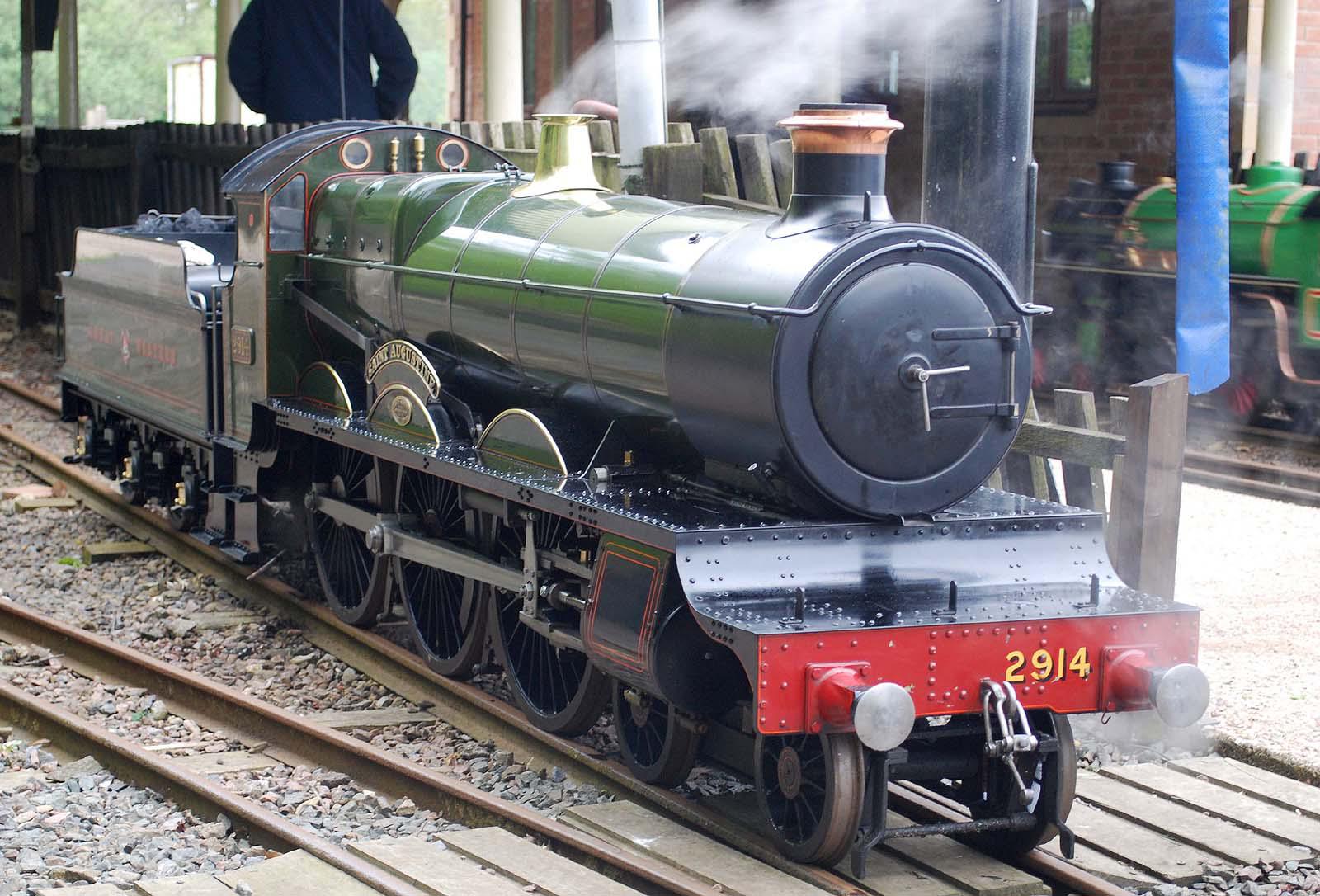 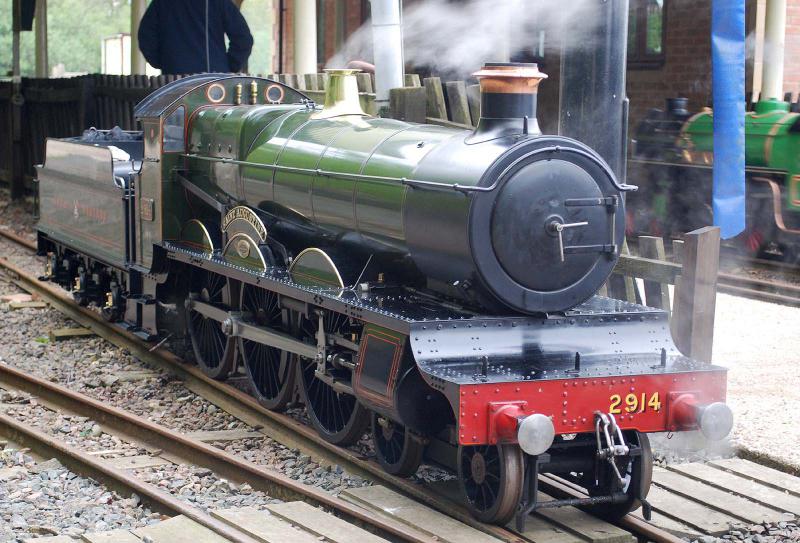 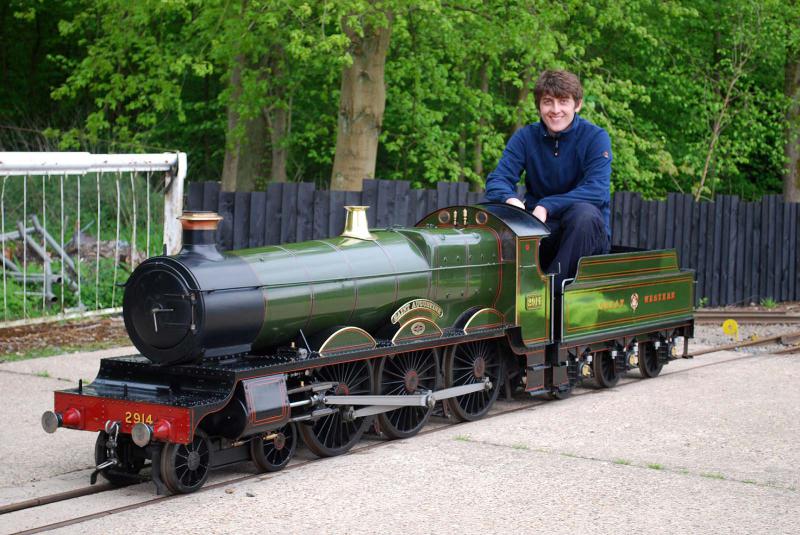 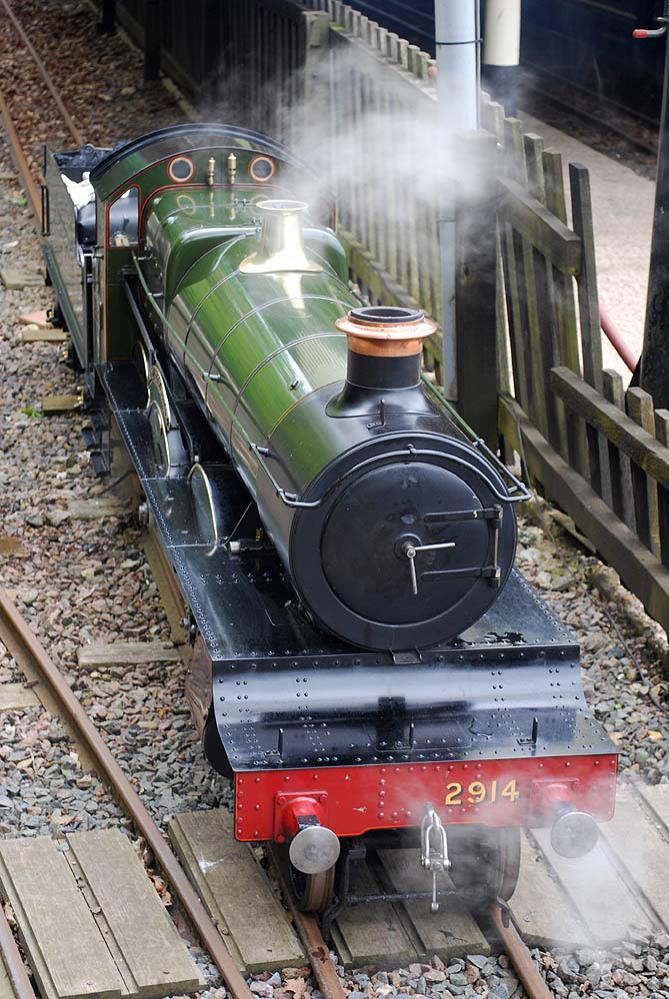 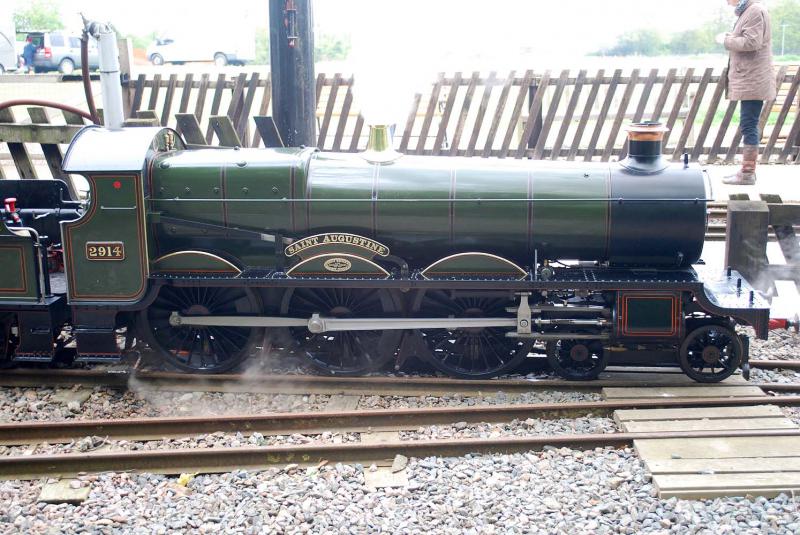 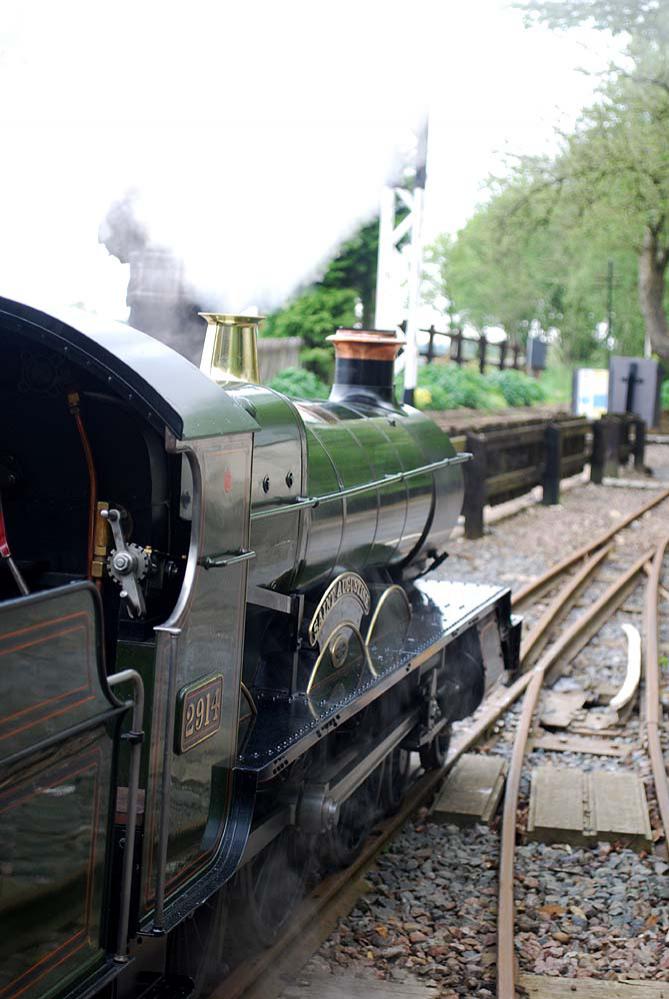 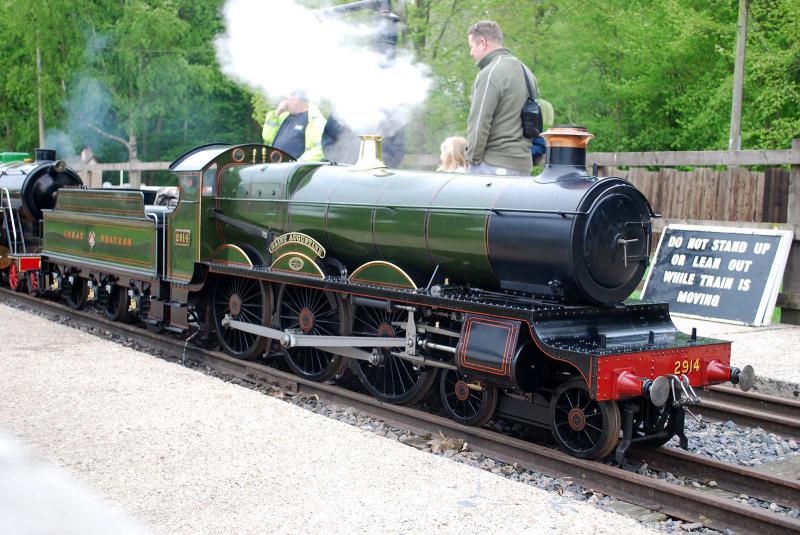 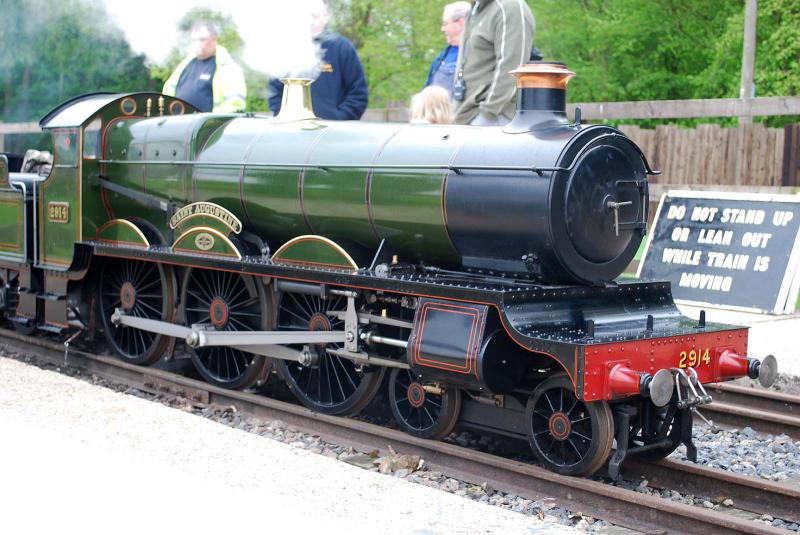 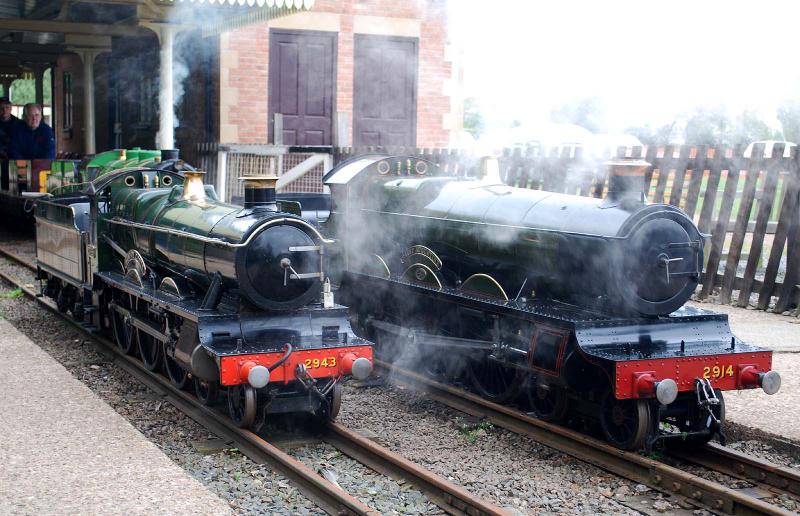 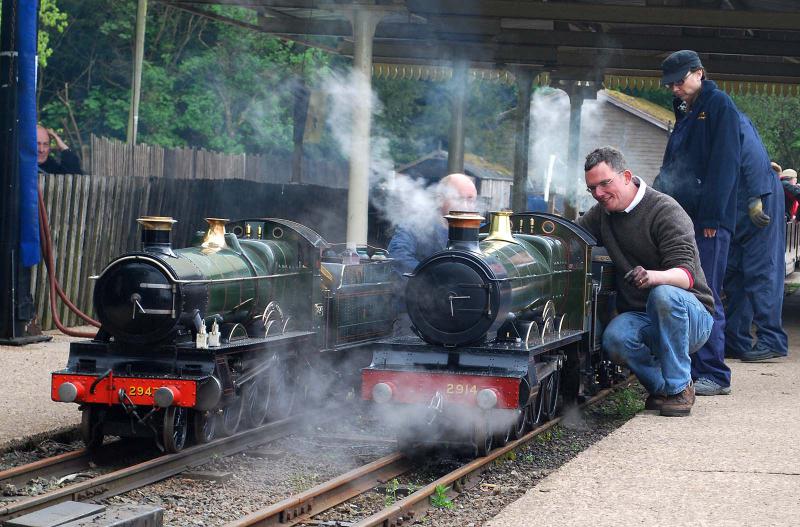 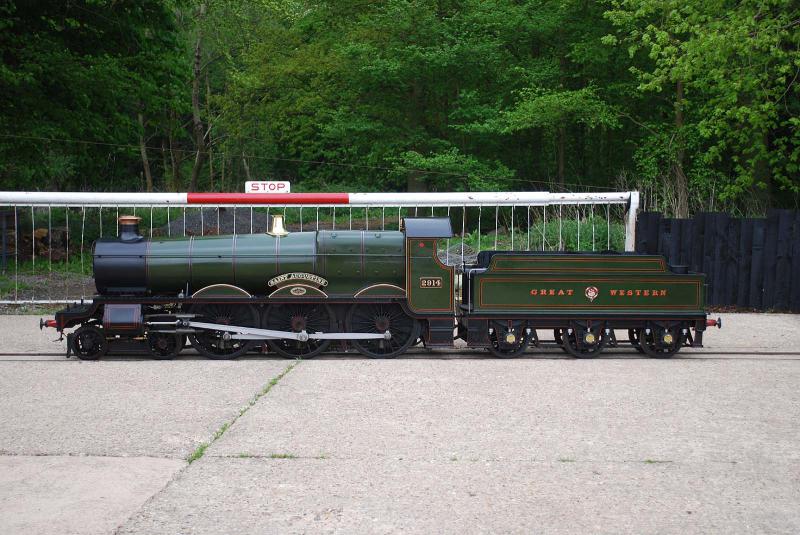 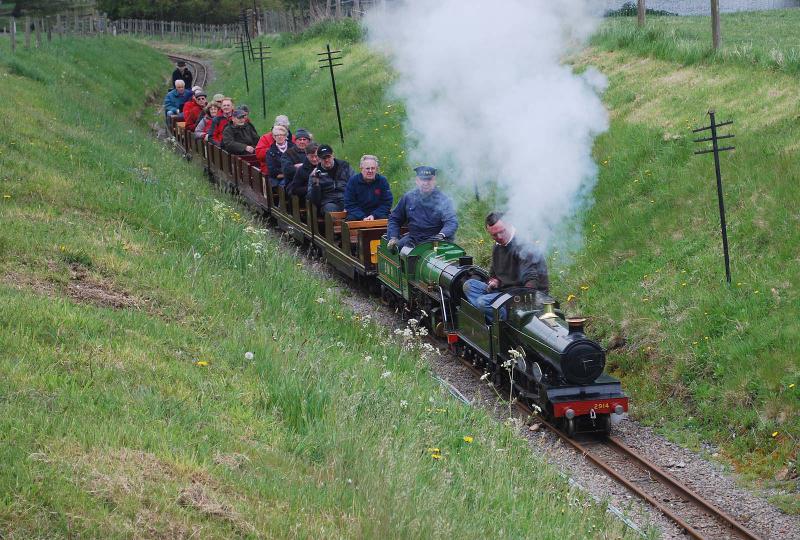 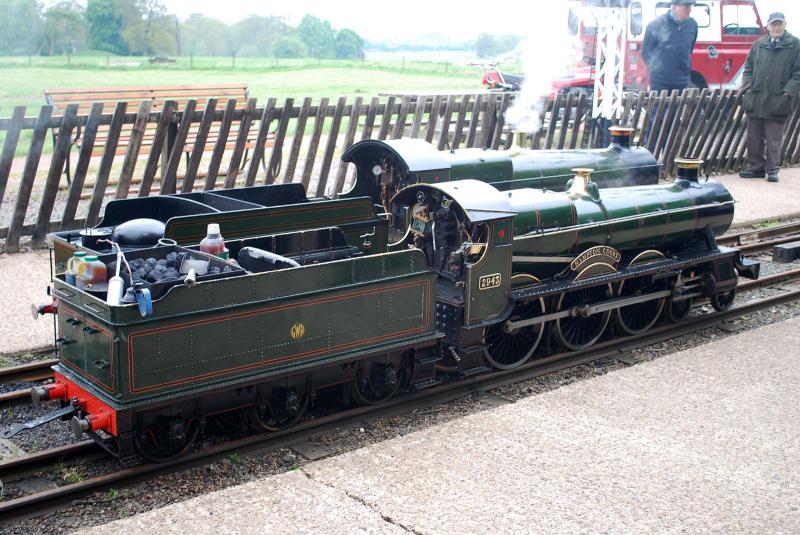 The description below formed part of a blog I wrote when I first bought "Saint Augustine" back in 2012. It's been with me ever since, used occasionally.
With a commitment to 15 inch gauge on my own railway, time came to move it on - the Saint had been out on loan while we rebuilt David Curwen's "Loyalty", when we returned the 4-4-0 its owner decided he couldn't live without the Saint as well; it was the ideal time to let it go to a good home.

I bought this engine over a year ago - indeed we took it to Harrogate Show the week after it arrived - but until last week had not had a chance to give it a decent length run. Then, through the good offices of Richard Coleby, I was kindly invited to Stapleford Park for a day out with the engine - Sam and I loaded it up at the crack of dawn yesterday morning and trundled across to arrive there at 10 o'clock, the engine shed already busy with their own Saint in steam, the Niagara ready to be fired and the much modifed Curwen "John H Gretton" running the first train of the day.

Suffice to say that we had a truly memorable day, spoke to lots of interesting people and greatly enjoyed driving on this challenging two mile circuit which I first visited as a boy with my parents forty years ago - there's some video that Sam took here. My thanks to Richard for inviting us and Bob Moore for his help during the day (not to mention a tour around his workshop and current projects which would have been worth going for alone). Only disappointment of the day was missing out on double-heading the two Saints which had been much-anticipated - in the end "Hampton Court" was retired with a leaking gauge fitting just as we came on. At the end of the day it was brought up from the steaming bays to the station for a photocall standing alongside "St A" - I've never seen so many cameras!

"Saint Augustine" was designed and built by Neil Simkins for Lord Braybrooke - completed in 2003 it was rated by the builder as his finest engine, a beautifully made thing which goes every bit as well as it looks. It had occasional use at Audley End (where their public hauling is handled by two huge American narrow gauge engines by Curwen and a large diesel-hydraulic) and is in substantially as-new condition throughout, both mechanically and cosmetically.

Stapleford Park is a private railway, however they open to the public twice each year, details are on their website. This year they have events in June and August - I thoroughly recommend a visit.