Sold October 2007 Back to Archive 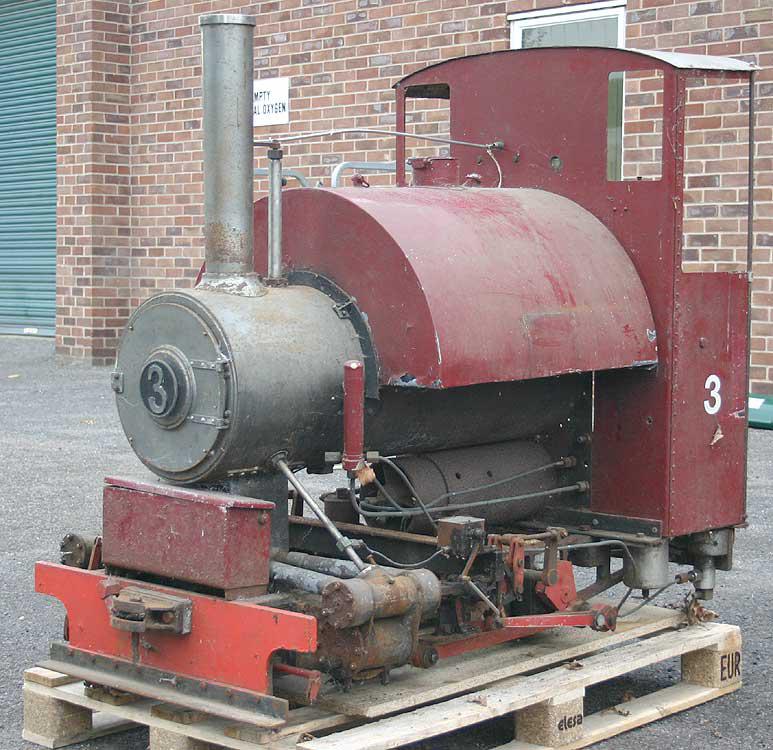 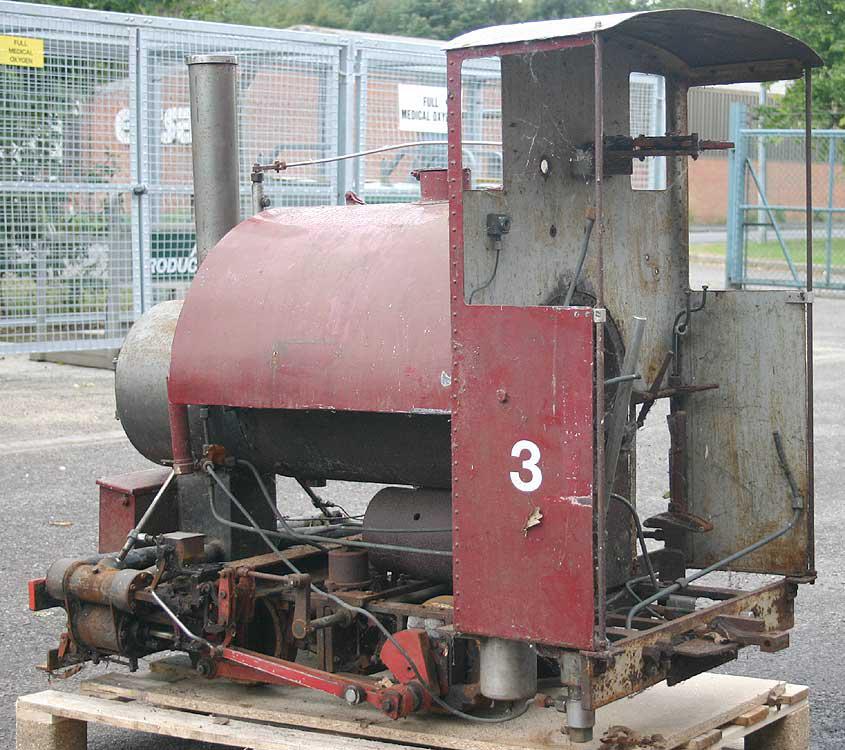 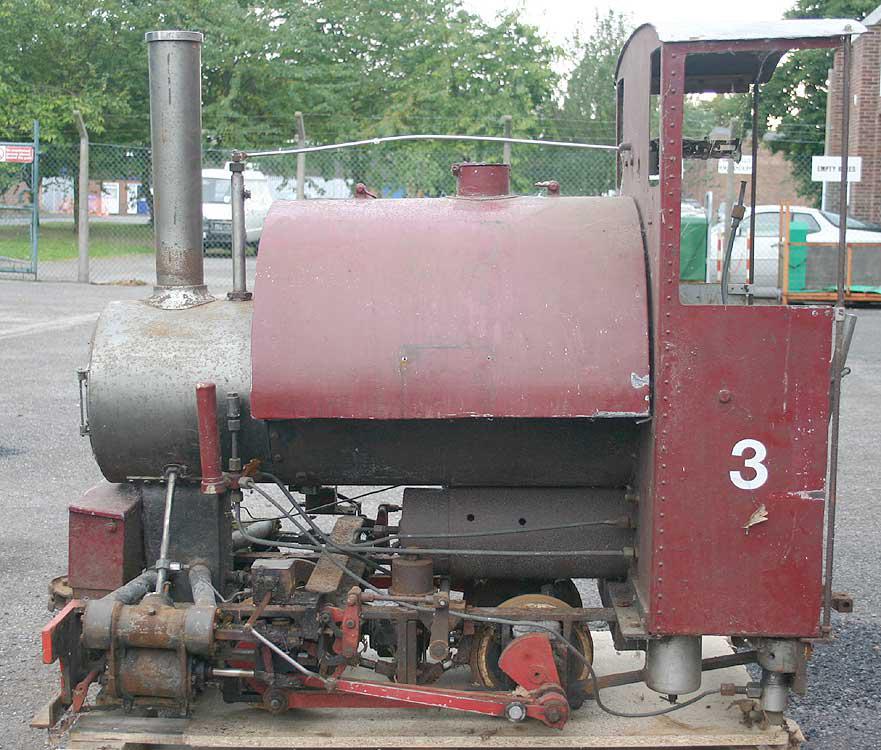 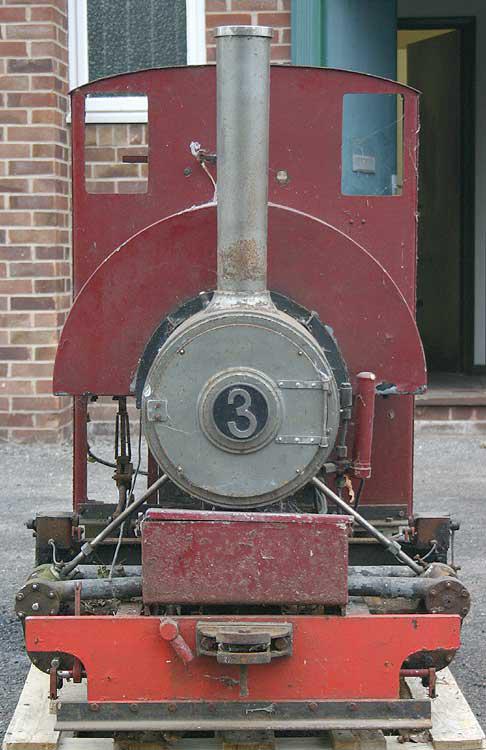 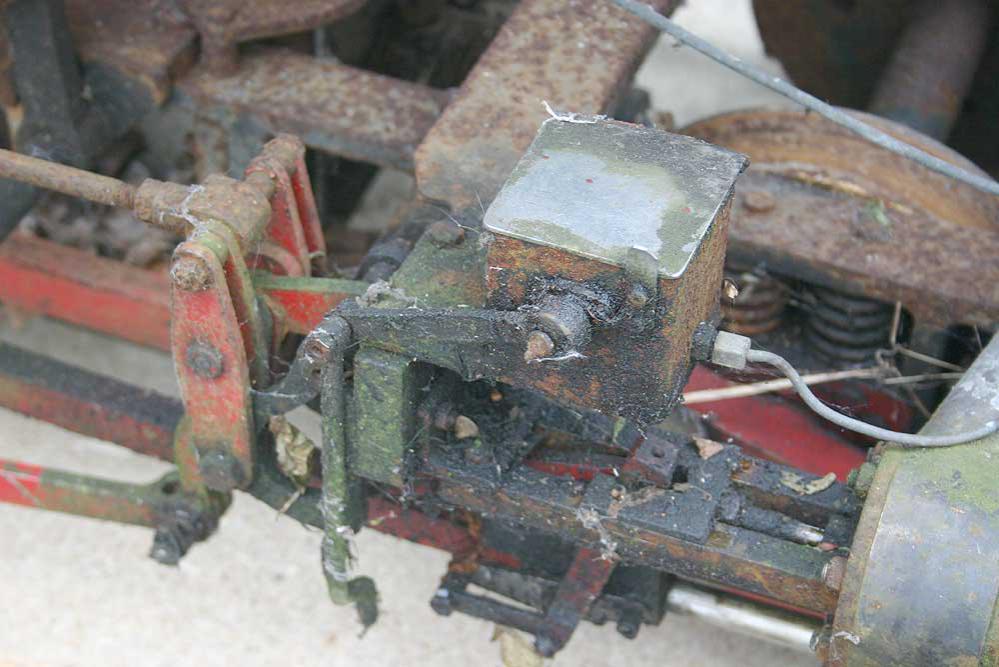 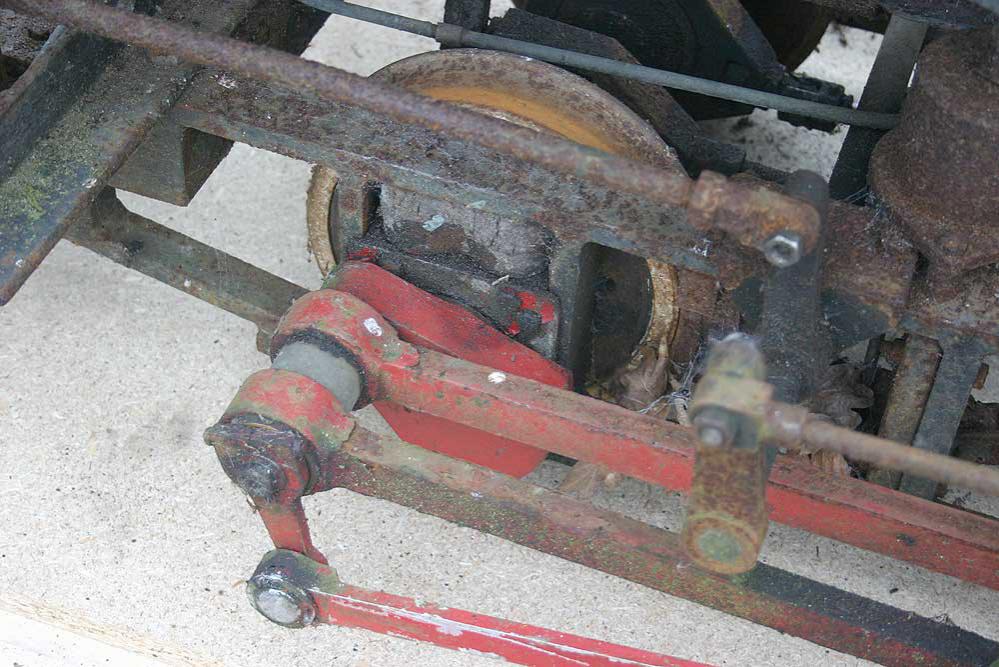 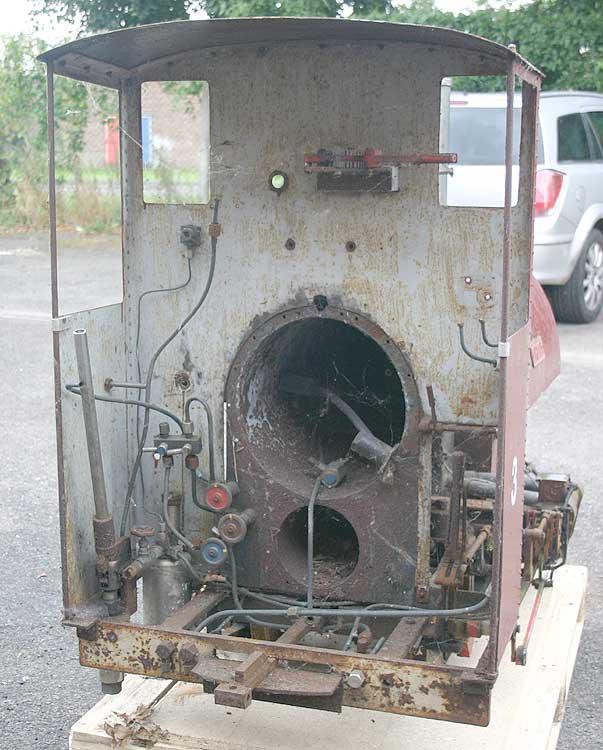 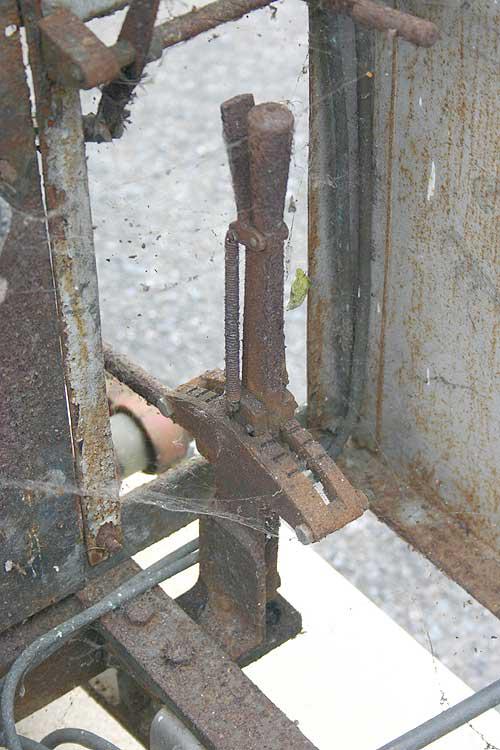 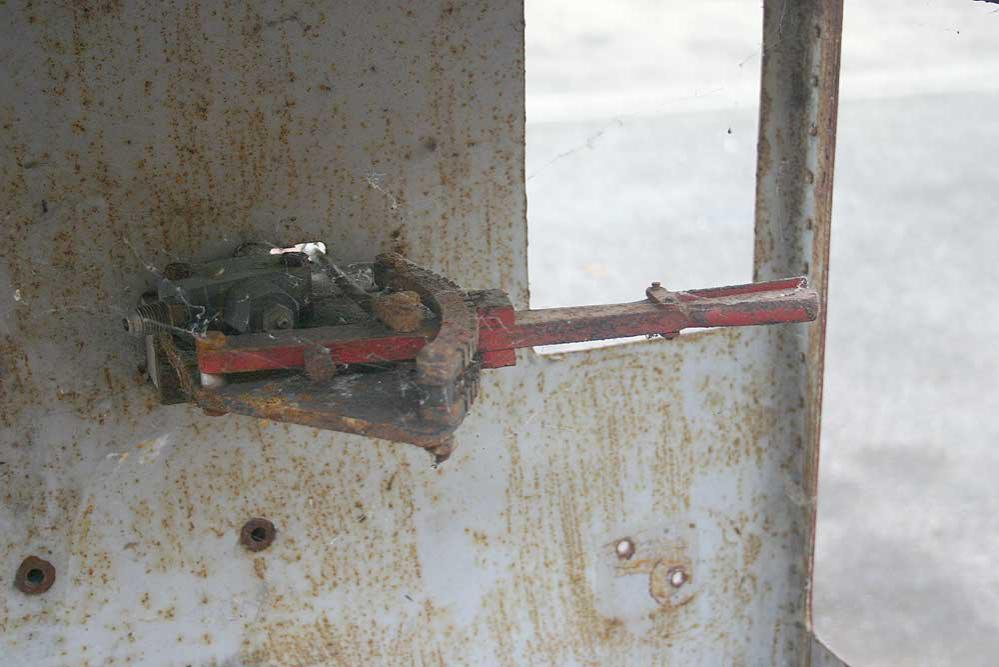 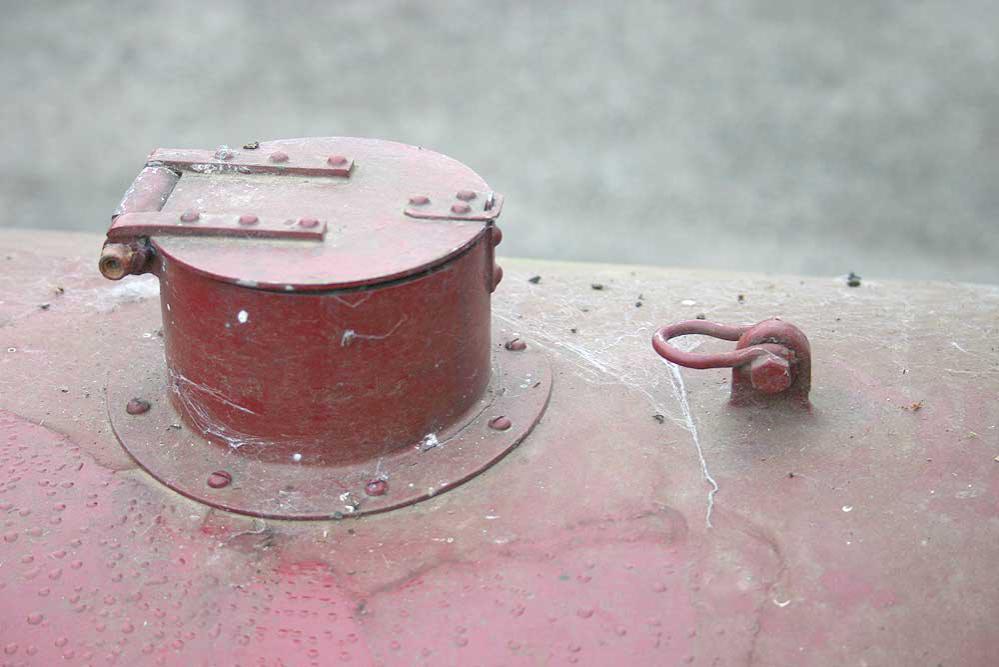 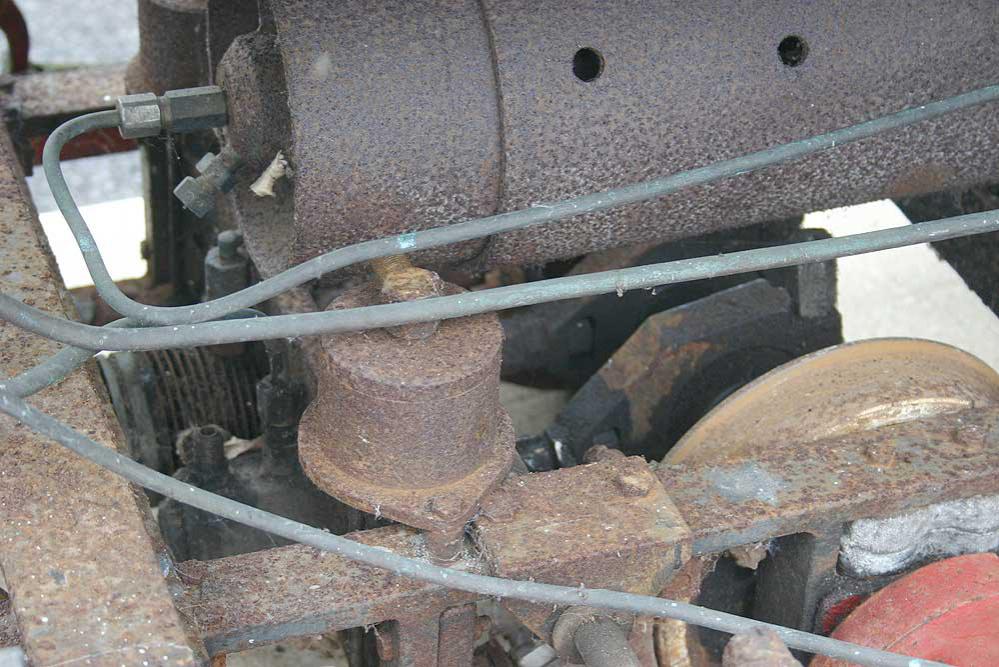 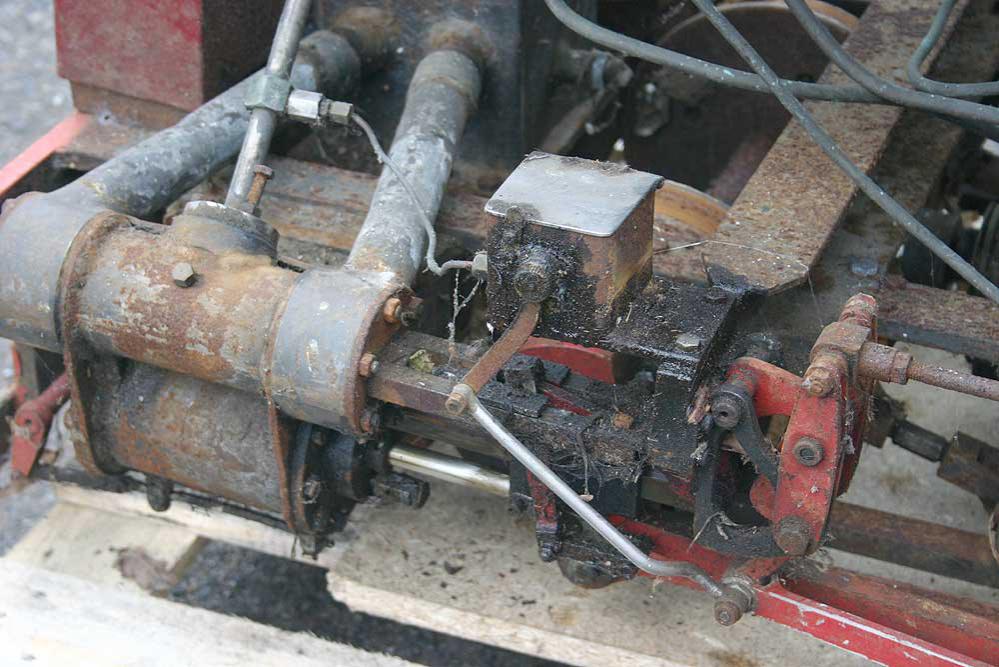 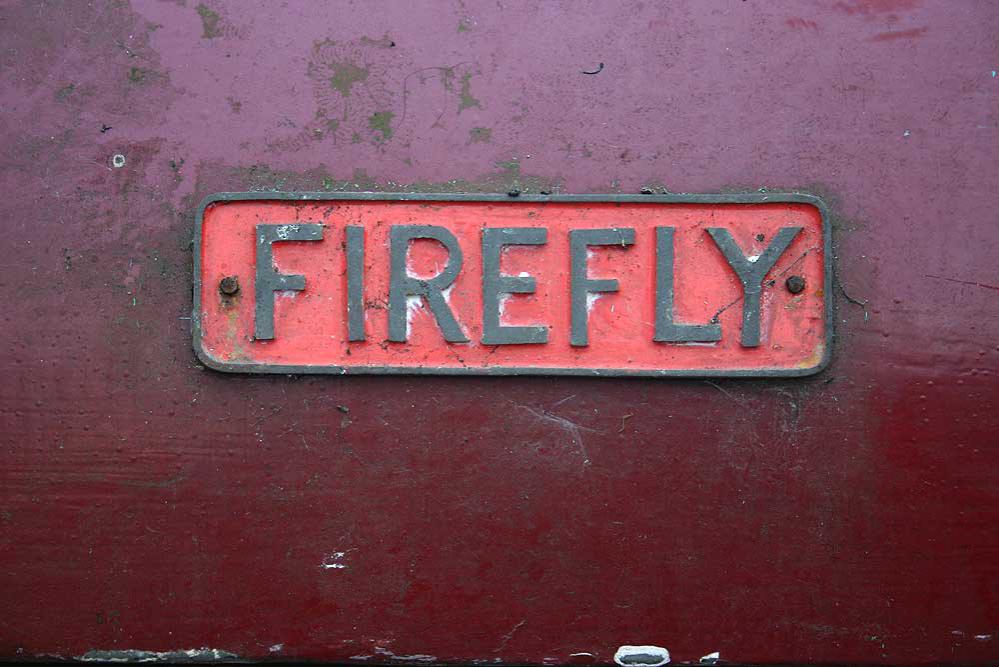 I sold this one in October 2007, it's just come back - looks the same now having been stored inside the last three years, words and picture below are from 2007. I still think it would make a spectacular sized 7 1/4 inch gauge engine!

A large 0-4-0 saddle tank, currently gauged for 10 1/4 inch but a practical conversion to 7 1/4 with its outside frames and flycranks - it would make something Tinkerbell sized. It's been sheeted down in a back garden for the last couple of years, I was somewhat pessimistic at the chance of getting it out with the manpower I had available yesterday (me basically) and was rather surprised when, having backed up the van and attached it to the big electric winch, it not only ran out freely but even made chuffing noises as it ran up the ramps.

Possibly made originally for commercial use, it features built-up cylinders with piston valves actuated by Walshaert's valve gear, pole reverser in cab. Each cylinder is served by its own mechanical lubricator.

The original boiler was a water tube design, possibly paraffin fired and fed by an axle pump and large, industrial-size hand pump on the footplate. Since most of the innards are now either missing or dying, replacement with a more conventional coal-fired boiler - either locomotive or marine type - would be the fastest way of getting the engine back in action.

The chassis needs a serious pull apart and shot-blast, however the working parts have been kept greased over the years and it does push along easily.