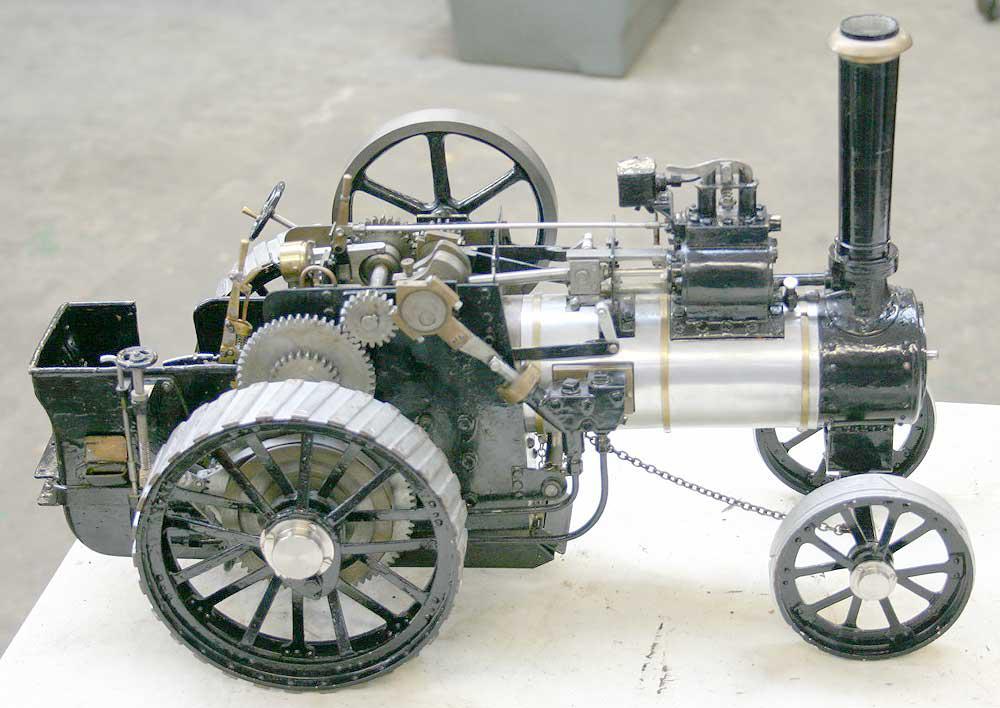 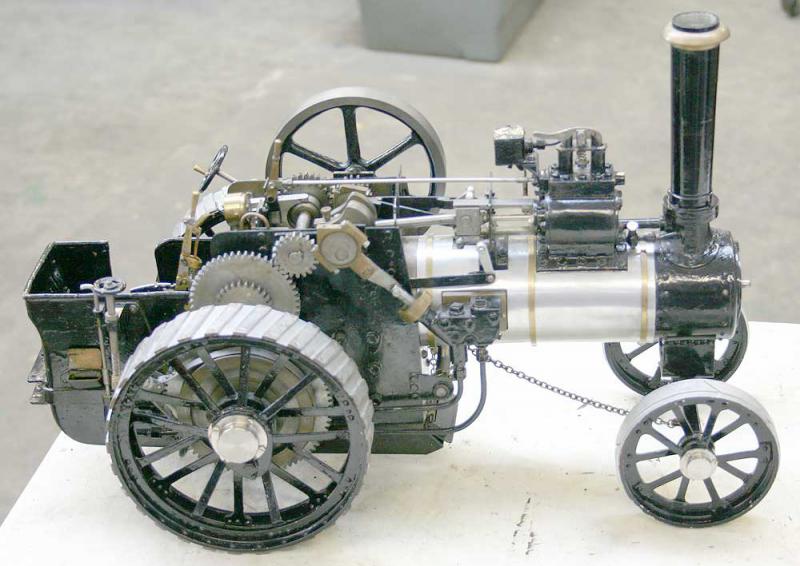 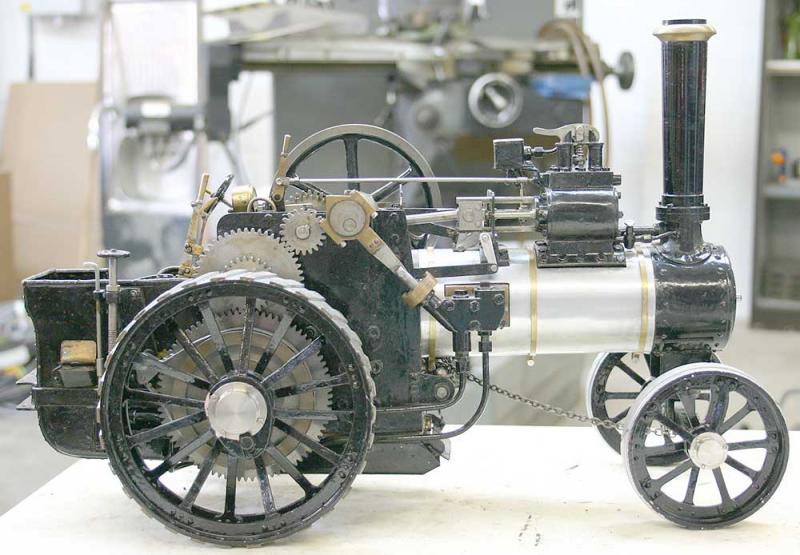 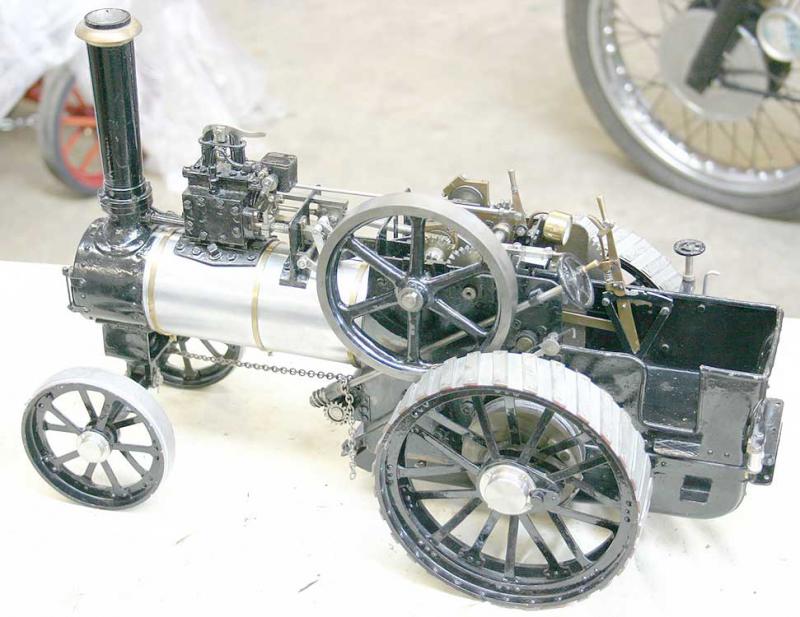 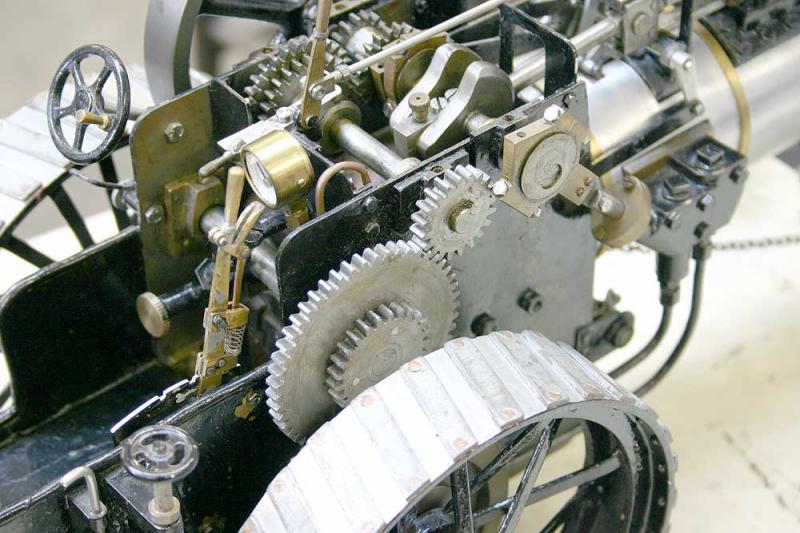 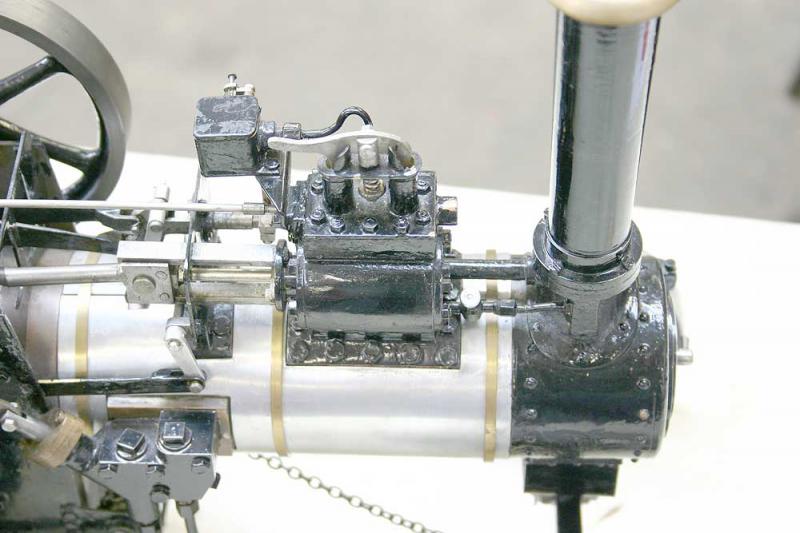 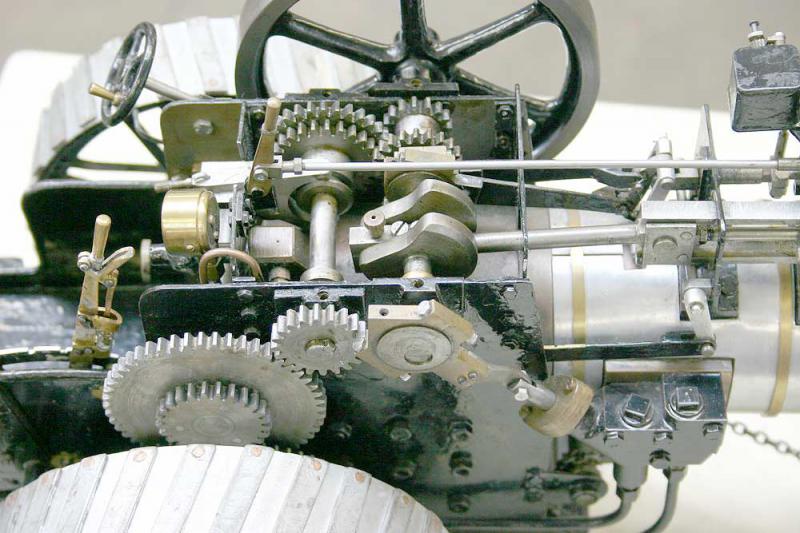 I sold this engine in October 2006, it's just come back in as part-exchange for a locomotive. Looks much the same now as then, these photographs are from 2006.

Built by a chap in 1991 during his apprenticeship, he now machines things for a living during the day, by night he's building a 3 inch scale Foden. Confident of his machining abilities he made everything bar the boiler, this was a professionally-built job from the estimable John Ellis and comes with his original twice pressure hydraulic test. The engine runs well on air (and has a fitting allowing the boiler to be connected to a foot pump - the builder didn't run to a compressor at the time), it has never been steamed. Paintwork is atrocious.