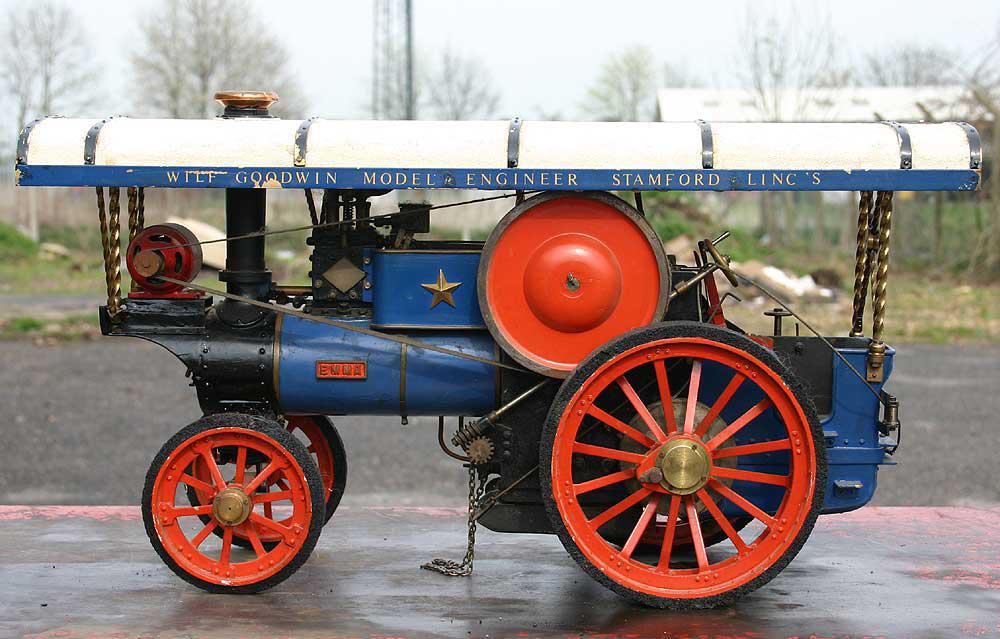 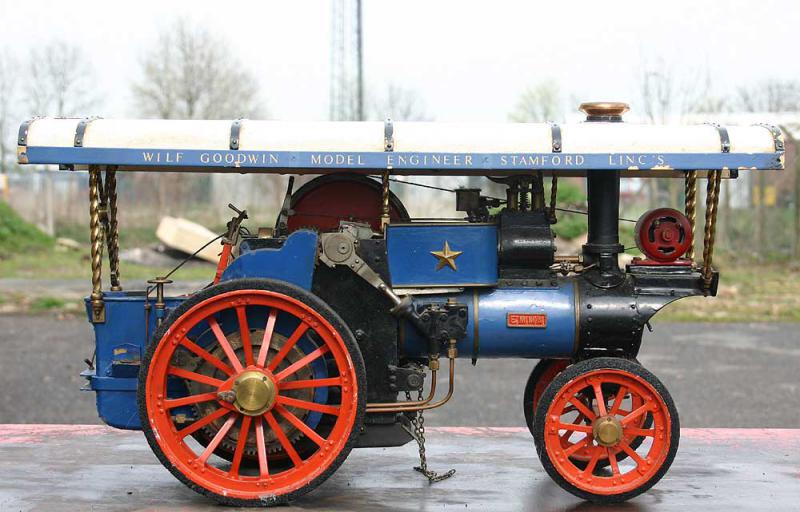 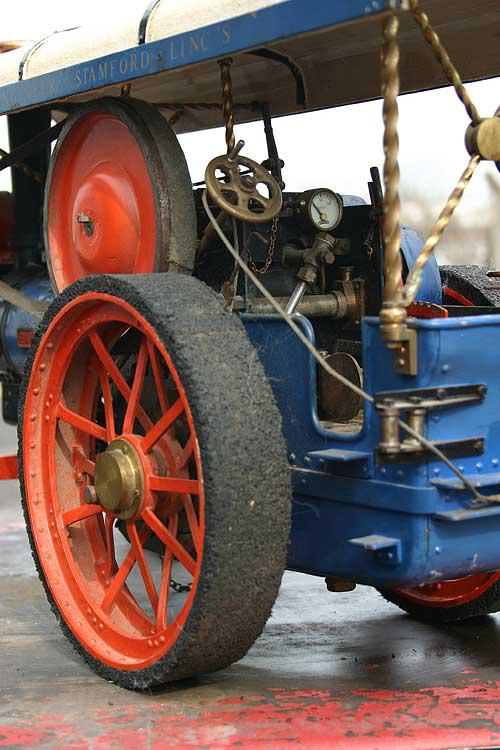 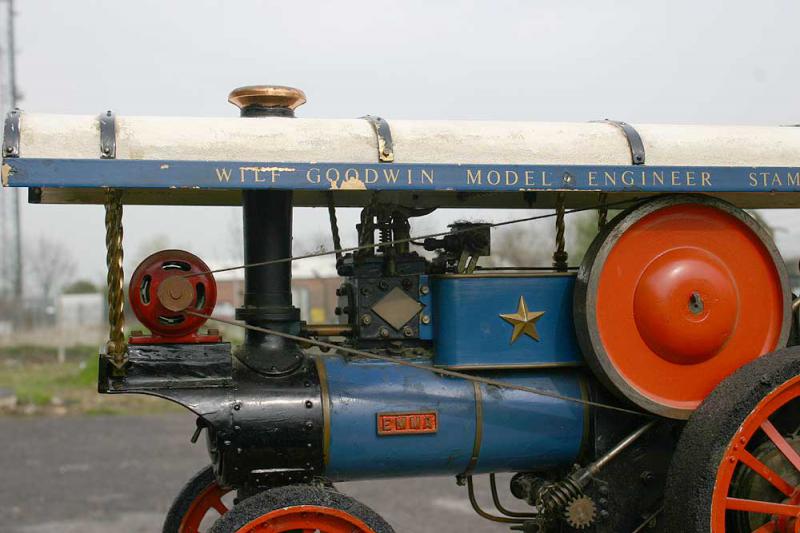 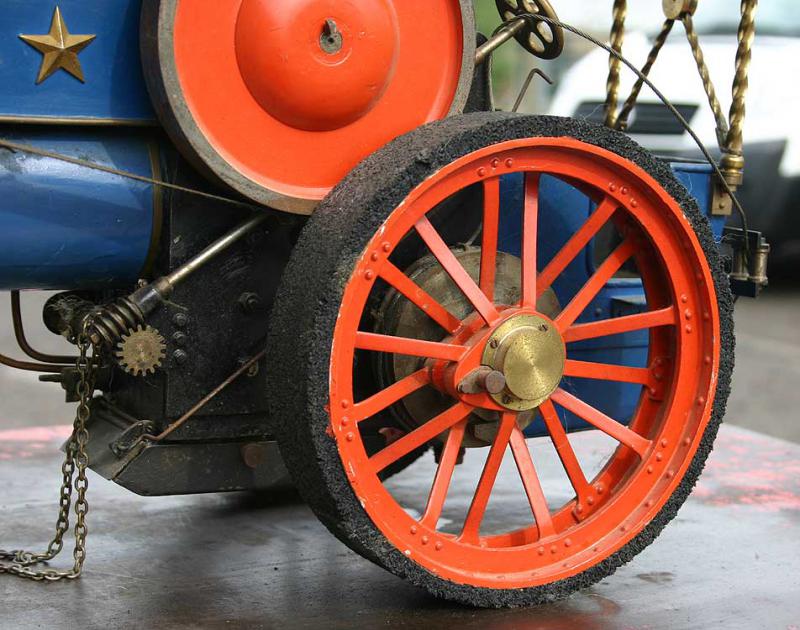 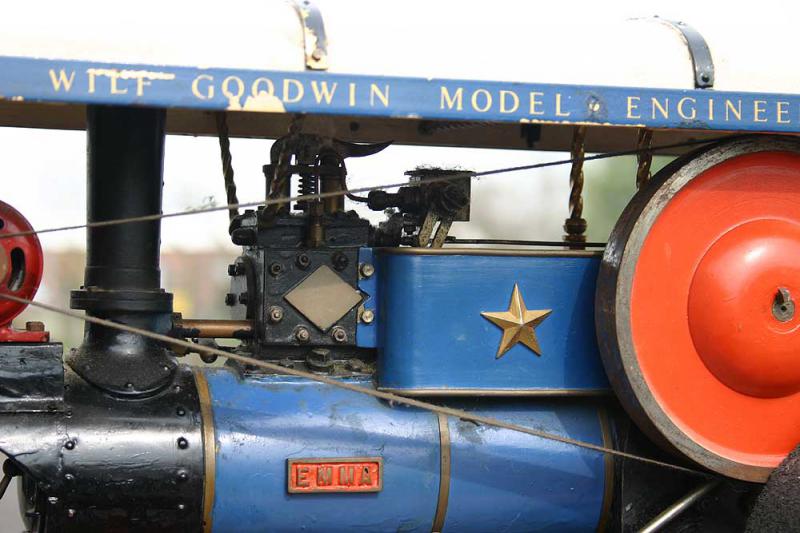 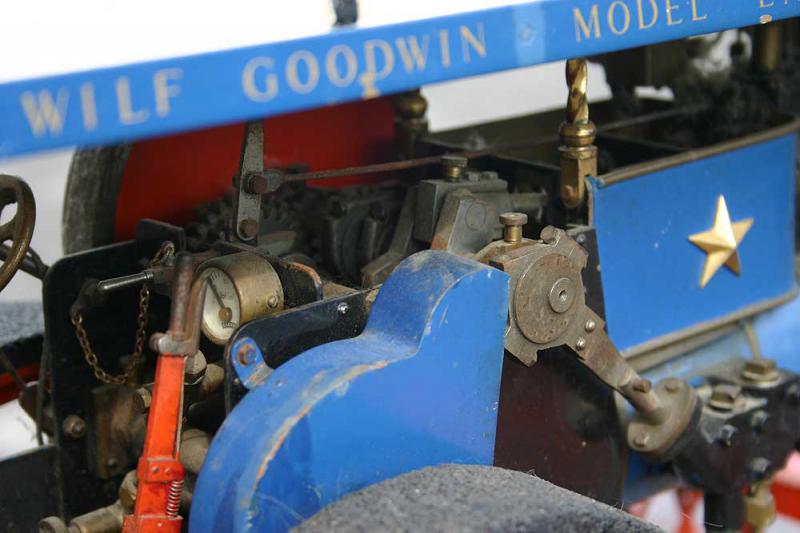 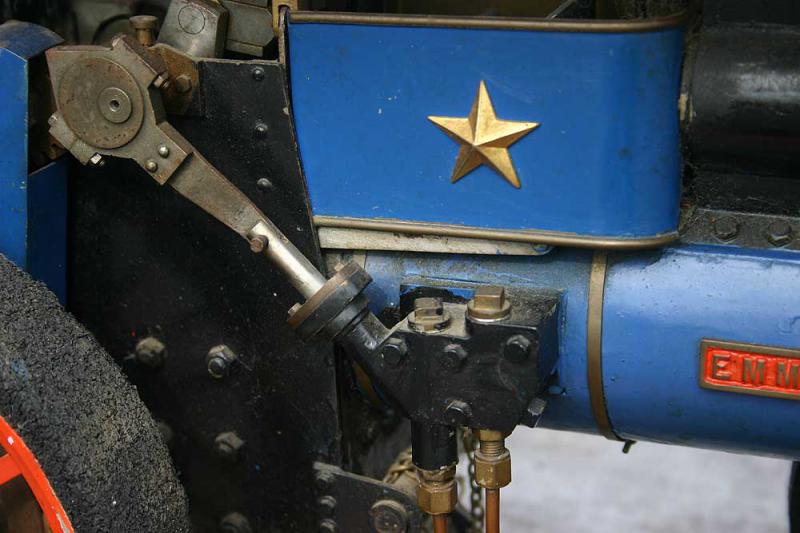 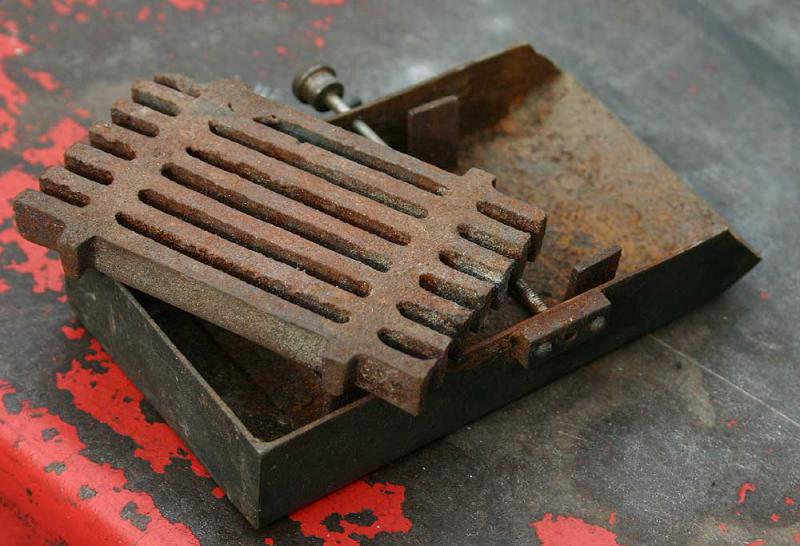 A 1 inch scale "Minnie" traction engine, built to Len Mason's design although unusually (and rather neatly) done as a Showmans engine. It is nicely made and appears to have been little used - the motion work is well-fitted and doesn't show a deal of wear, the cast iron grate has had an easy life thus far. The silver-soldered copper boiler has had a twice working pressure hydraulic test and is in good condition.

The engine is grubby, the paintwork is pretty grim and the tyres appears to have been cut from carpet underlay.

Originally built to a good standard, this would be a worthwhile project and could be turned into a good looking engine - I've only seen one other Minnie Showmans, a splendid engine we sold a couple of year back, pictures in the archive.