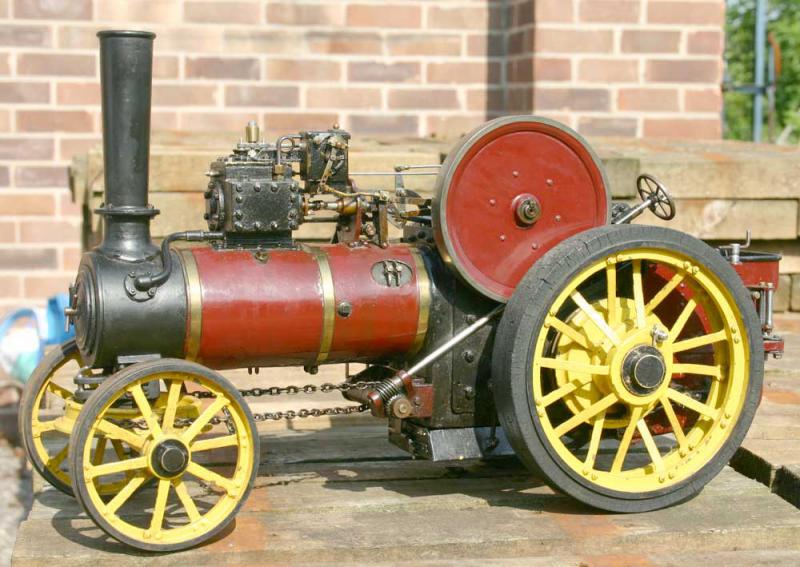 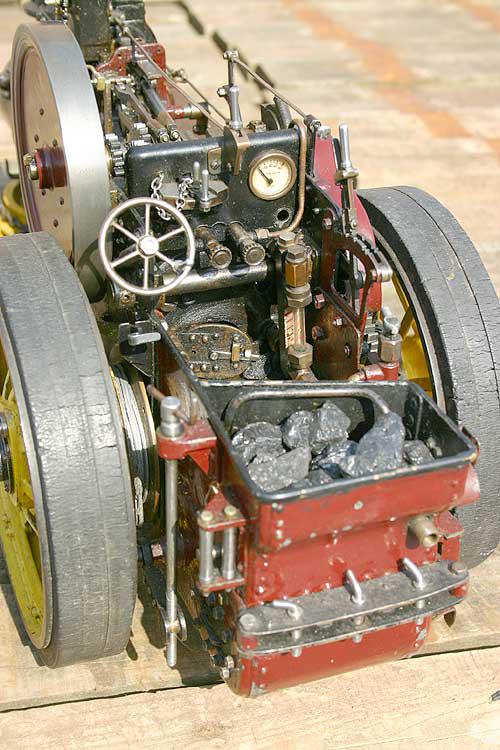 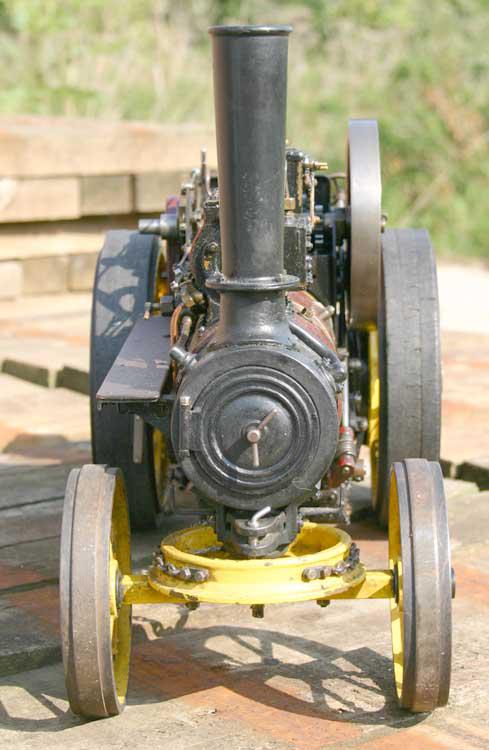 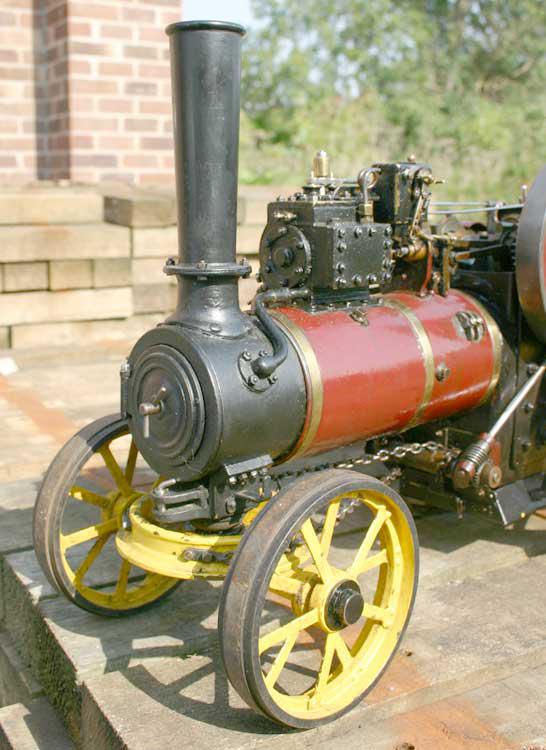 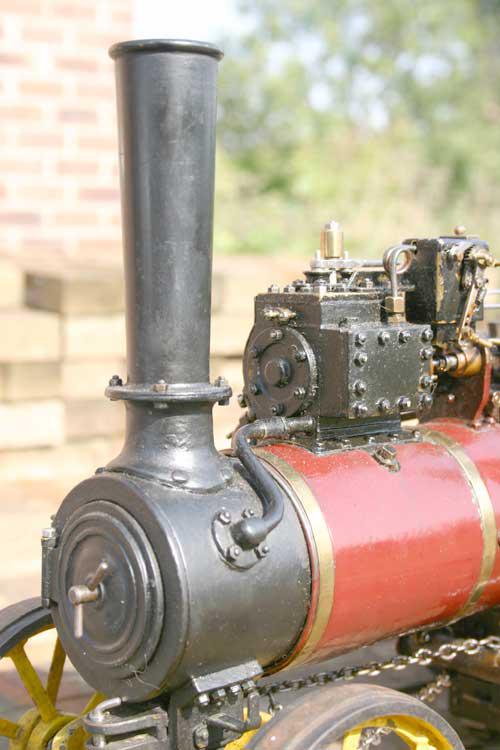 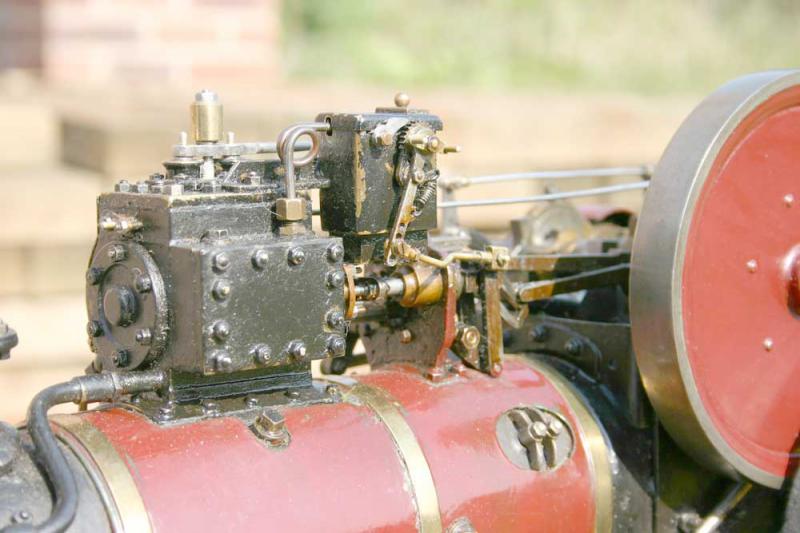 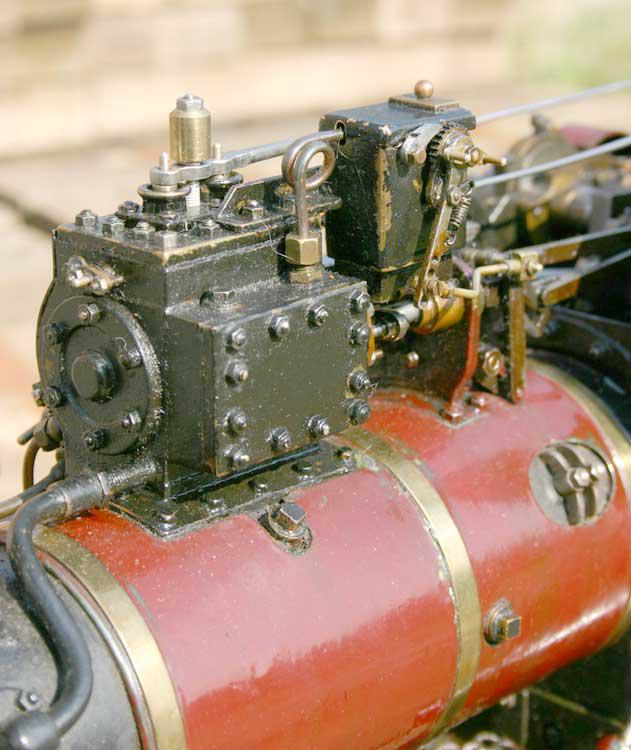 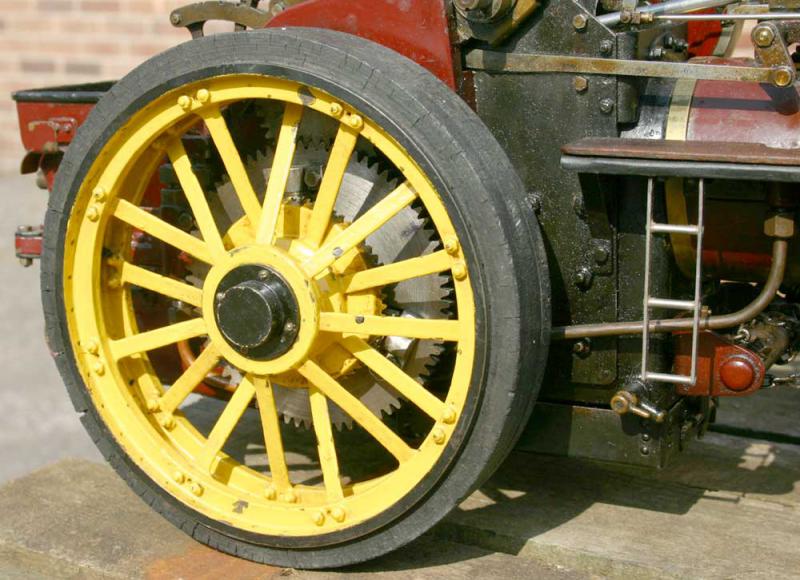 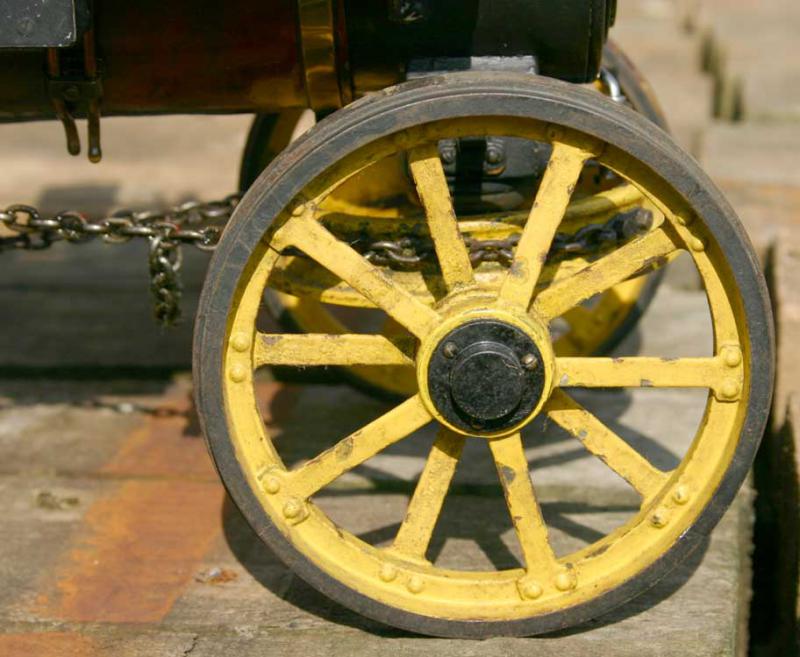 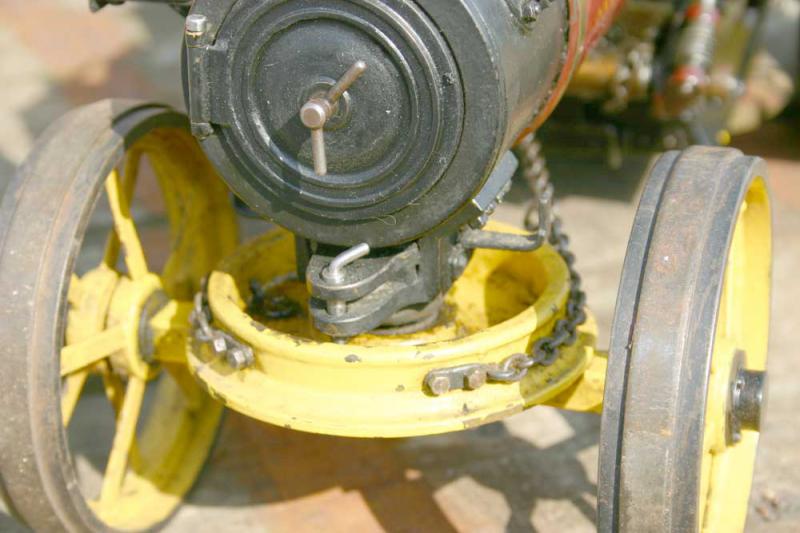 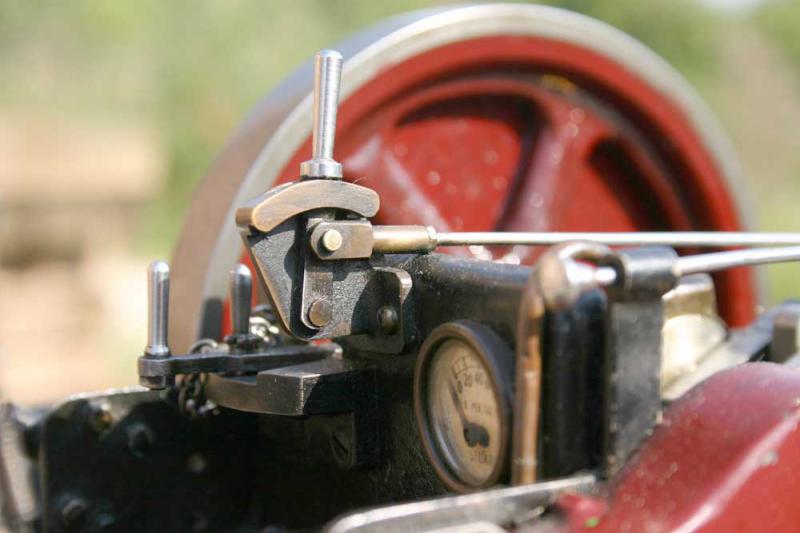 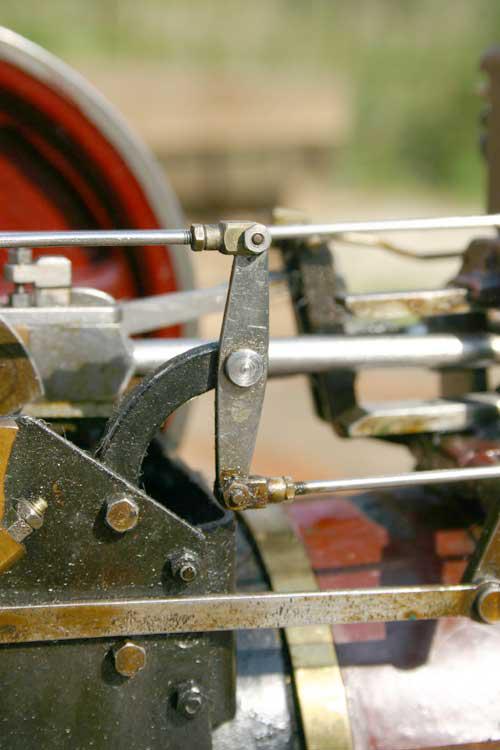 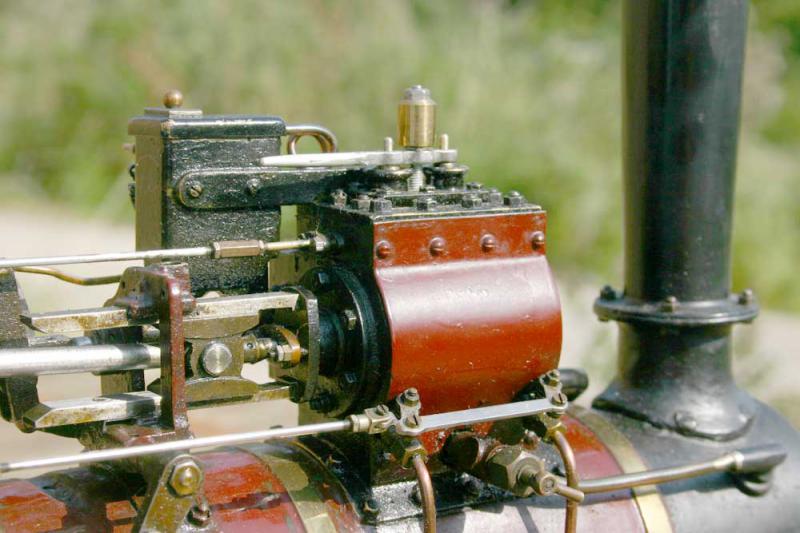 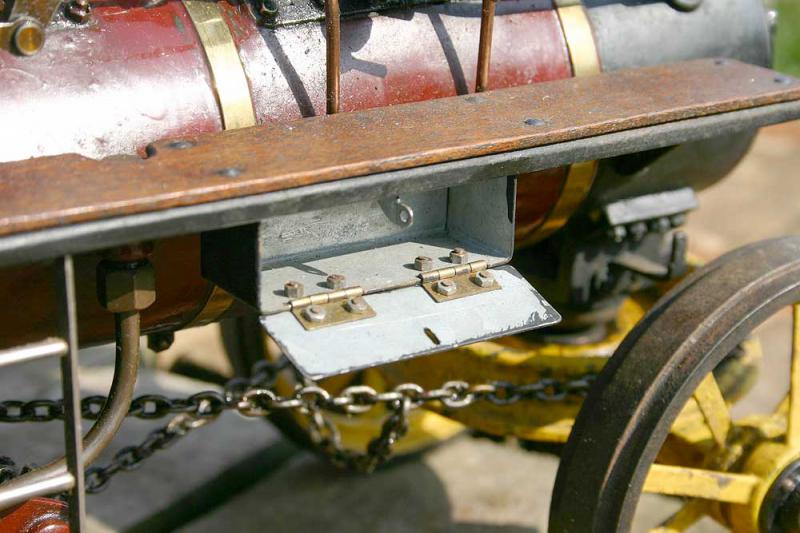 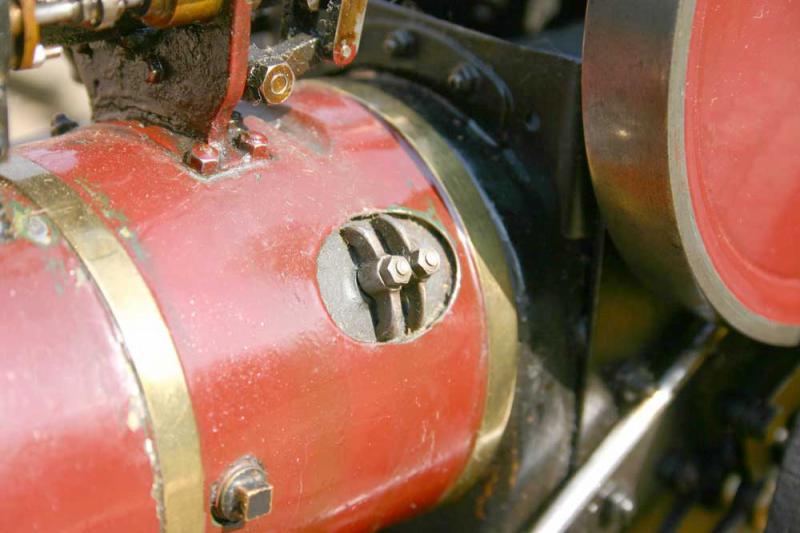 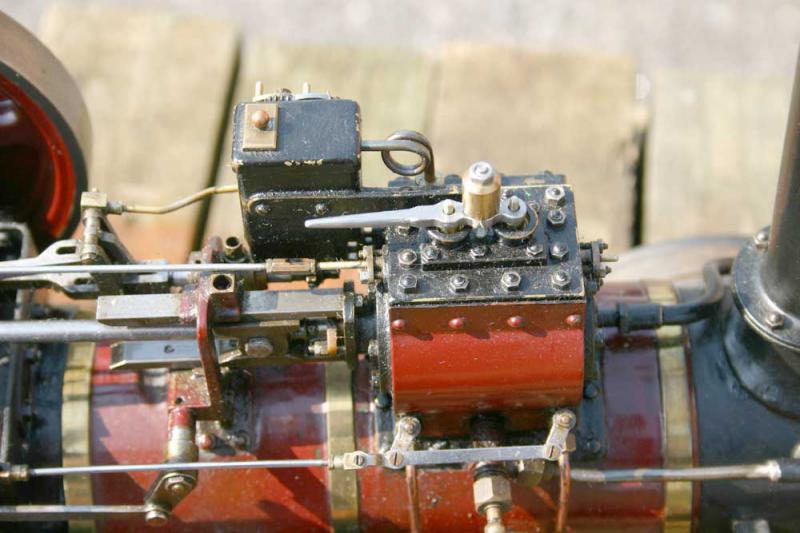 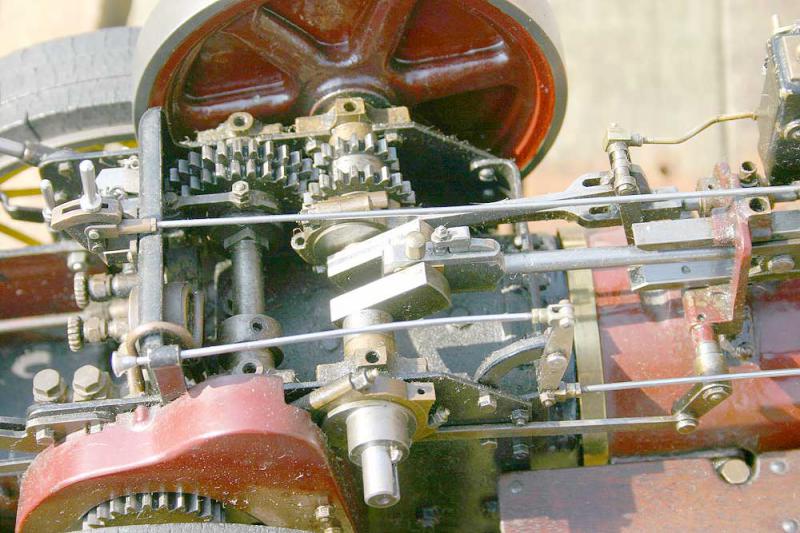 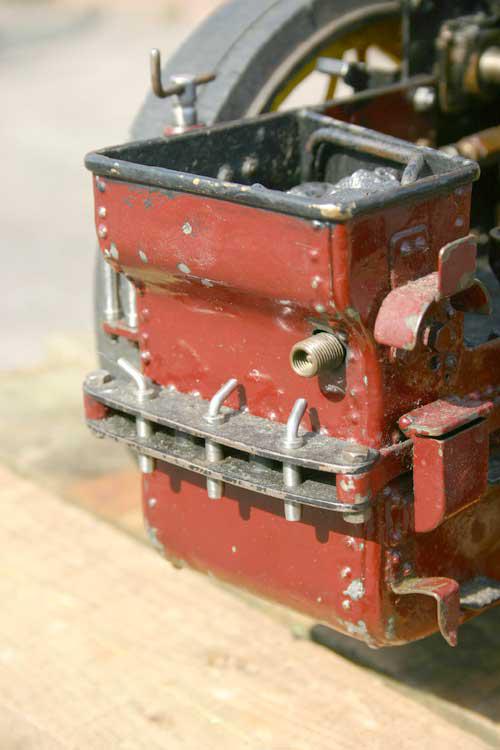 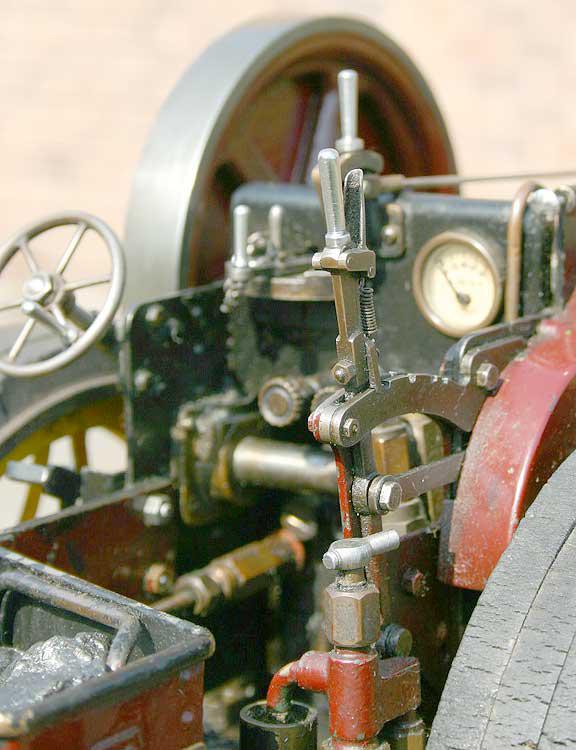 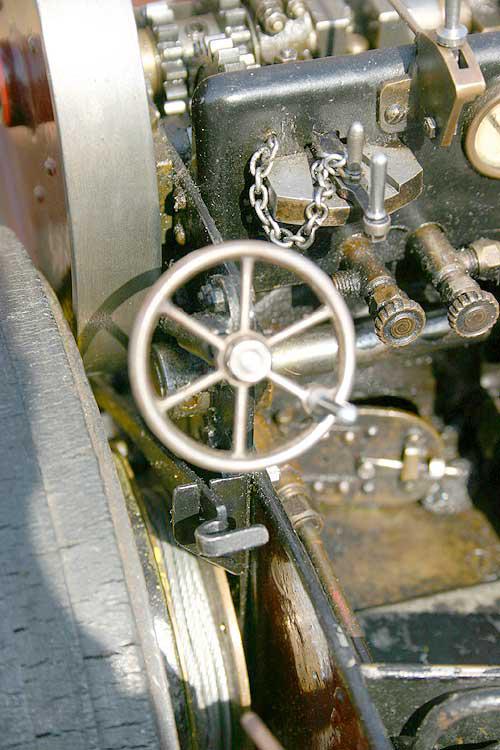 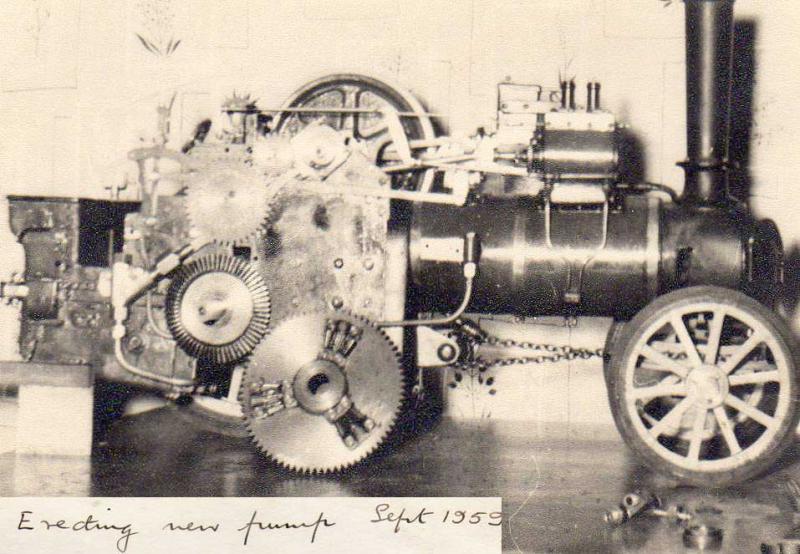 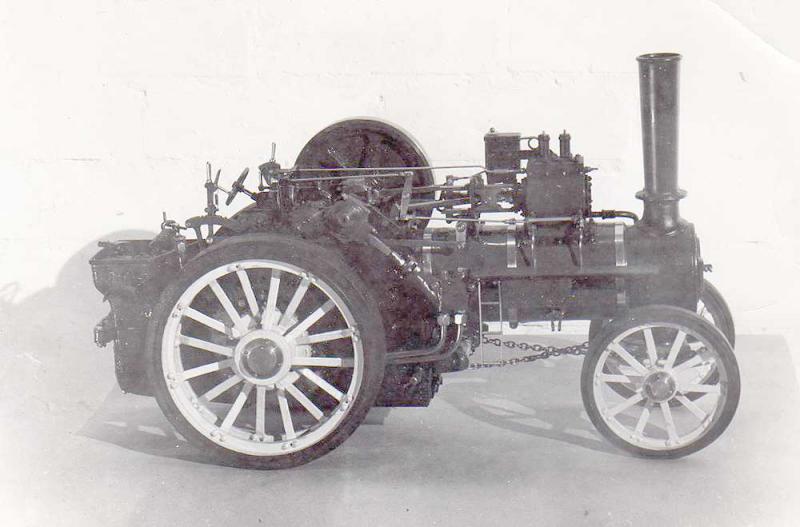 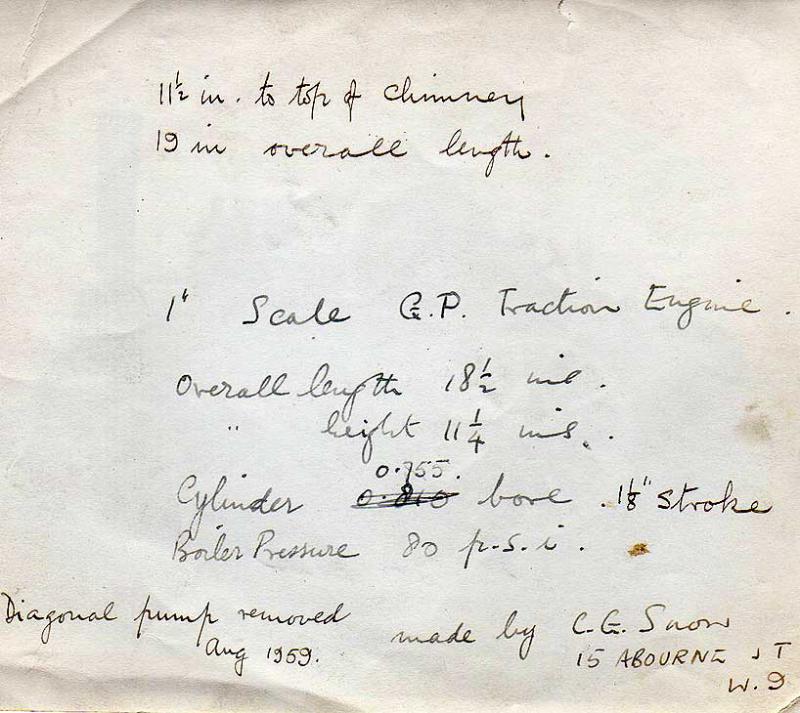 A particularly finely-made traction engine to a freelance design (although I think it has shades of Foster about it). Built in 1952 by an engineer now in his nineties, it is still in excellent mechanical condition, as you would expect given that it has been in his hands since completion.

Built as a two speed, four shaft agricultural engine with winch and differential, it has a coal-fired copper boiler fed by a mechanical pump with bypass.

I won't waffle on about this one - I think it's a lovely thing and have tried to show that in the pictures. The paintwork is, well, fifty years old now and has a certain patina, the tyres are probably no longer road legal. Having said that, it runs virtually silently and is in super mechanical condition. We ran it around the yard this morning - it will trundle along in low gear with a surprising amount of power, in high gear it flies given half a chance. Everything works as it was designed to, the boiler steams well and the engine runs particularly smoothly.

It's rare to get a well-detailed freelance engine, the things I particularly like on this one include:

The engine is in good running order but is not the thing for hacking around the back garden with the kids. Proportions of many of the parts are fine bordering on delicate, it is looking for a quiet retirement on a warm sideboard with the occasional steam-up so it remembers what it was built for.