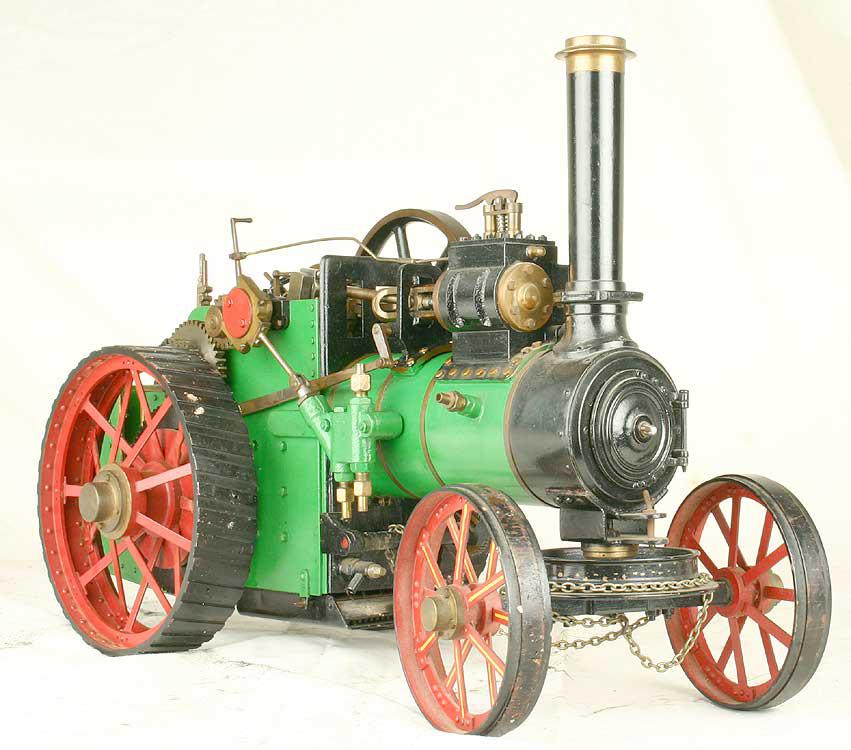 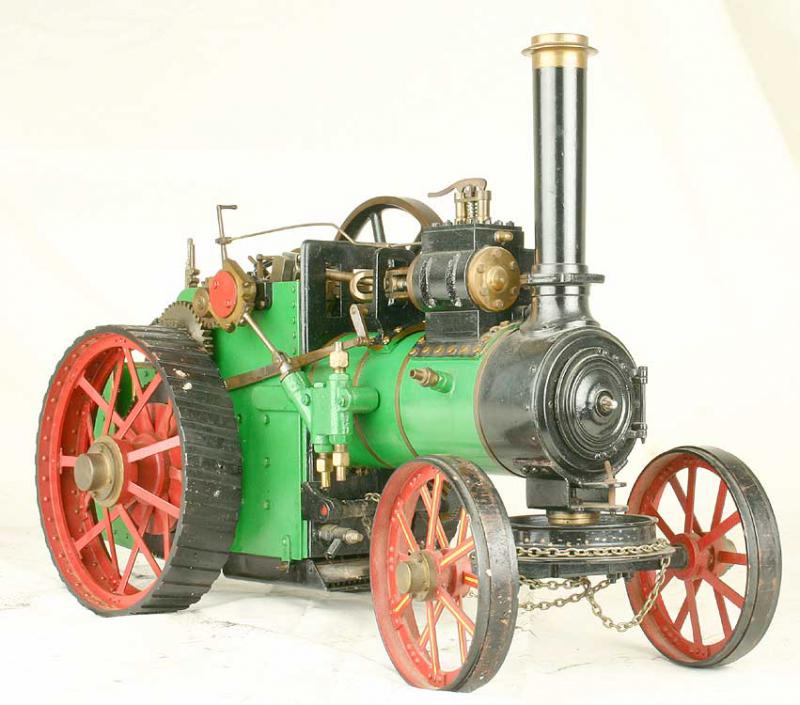 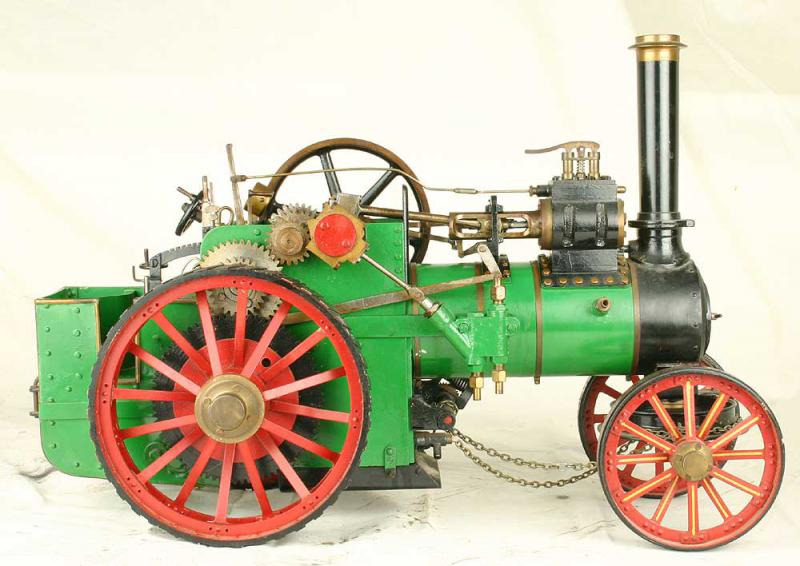 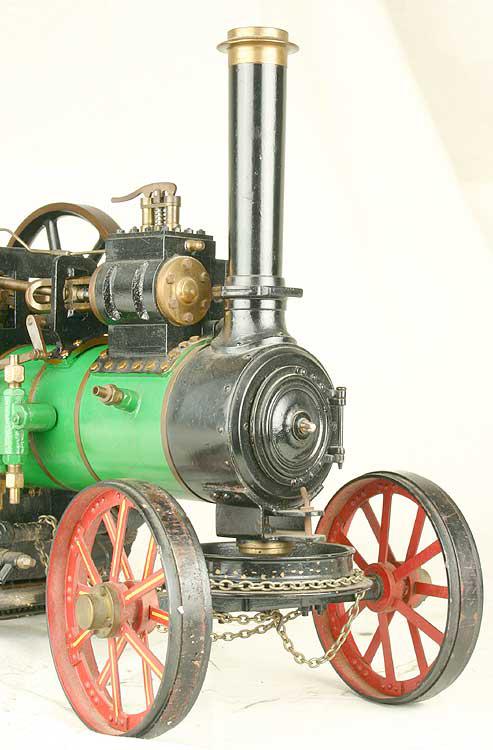 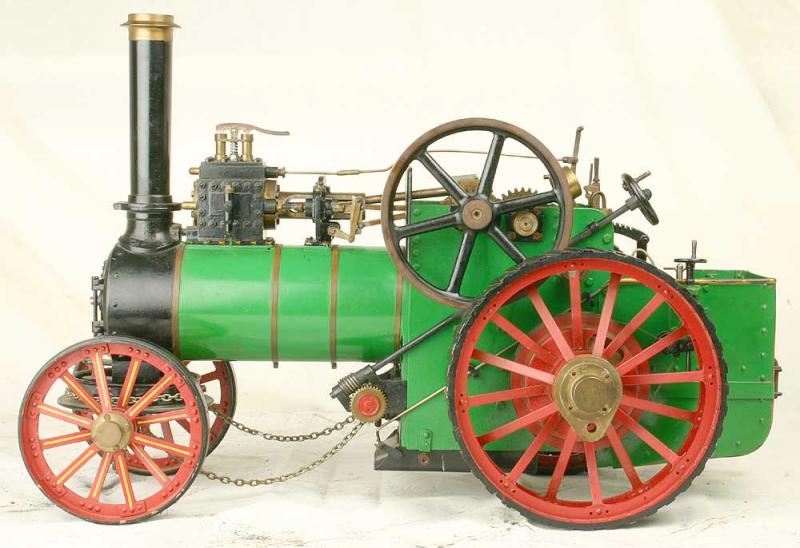 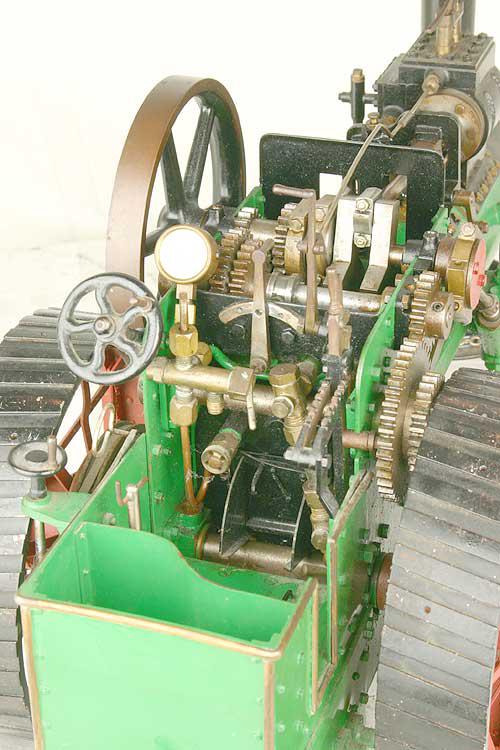 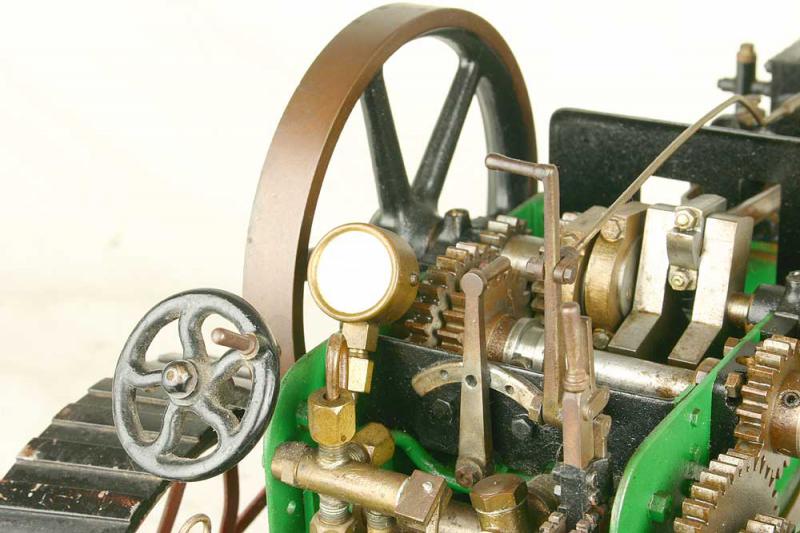 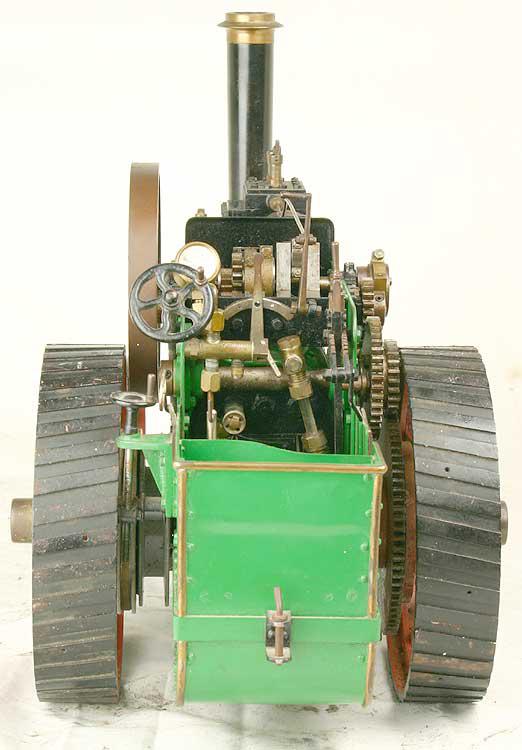 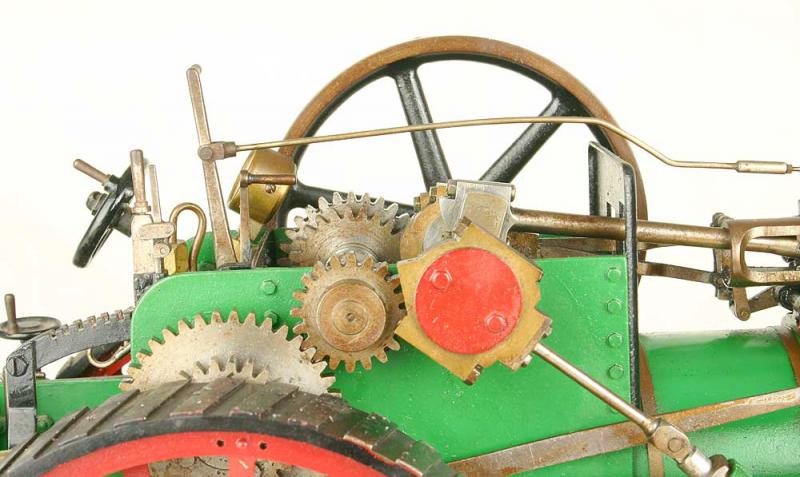 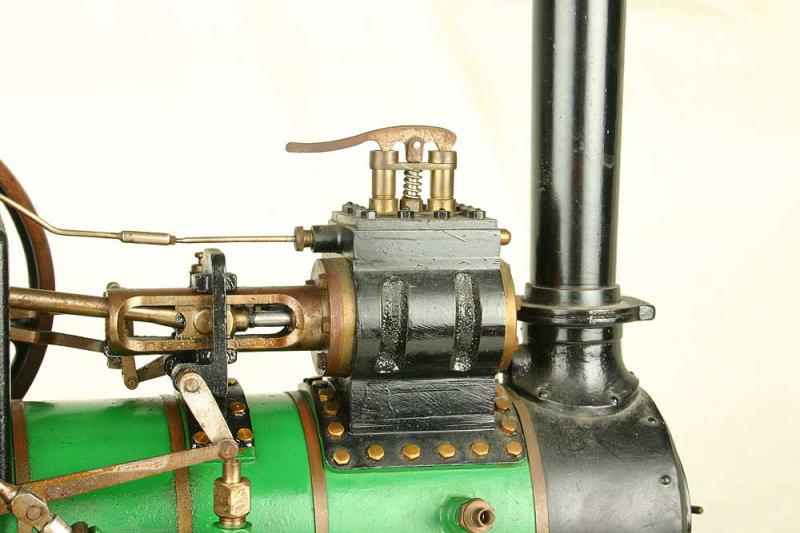 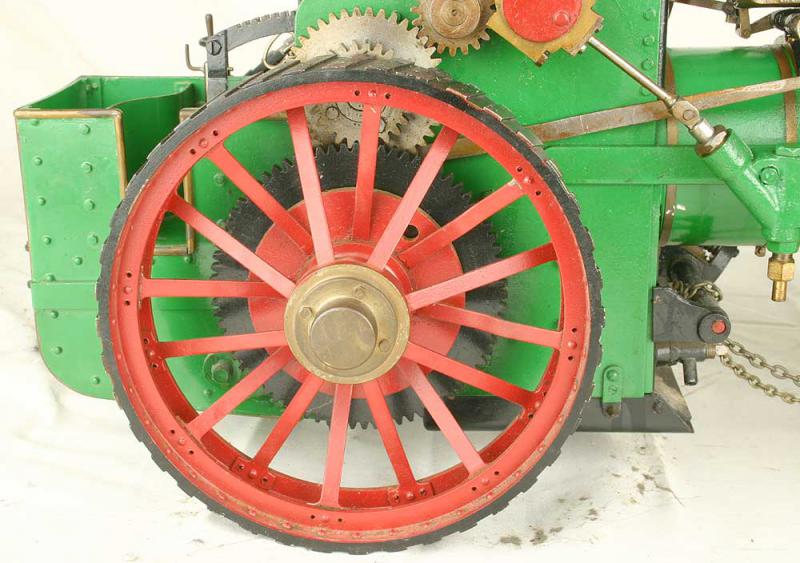 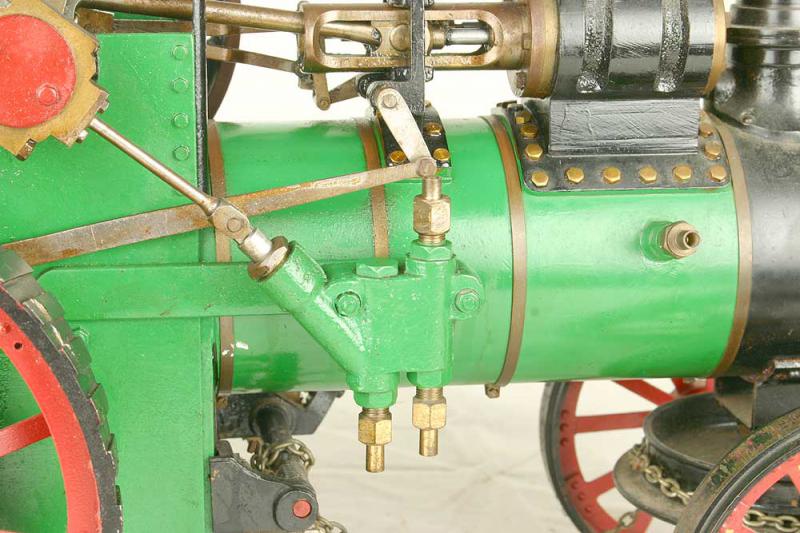 A rarely seen design nowadays, given the pre-eminence of Mason's "Minnie" in 1 inch scale, this engine was built using Greenly's drawings for a Davey Paxman agricultural engine.

Last worked on many years ago, it has never been completed - the rear wheels have only been partly rivetted, the boiler feed pump needs plumbing and the steering chains need fitting. The son of the builder remembers it being run an air a long time ago when he was a boy, although never steamed. Machining is to a good standard throughout, however intervening years of storage and house moves have taken their toll - the engine is pretty grubby and dusty, at some stage it has had a heavy landing which has put a ripple in a couple of the rear spokes and a decided wobble in the back axle.

All worth sorting out - a repaint would do wonders for it if you really got keen - this would make an interesting and rather rare little engine.