Sold January 2006 Back to Archive 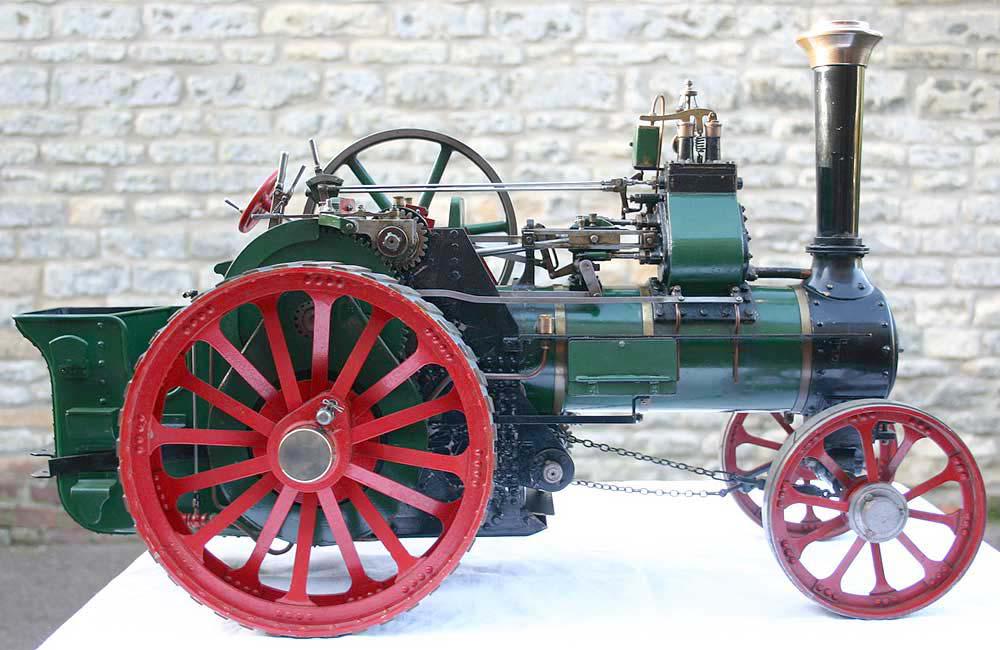 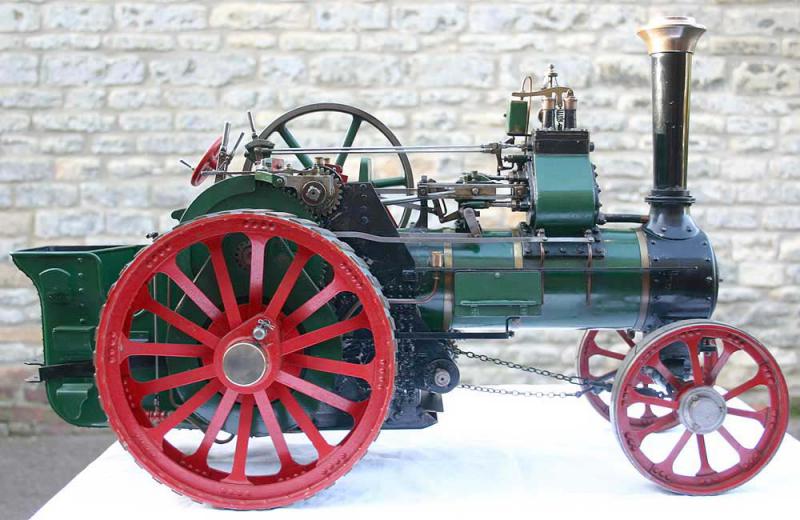 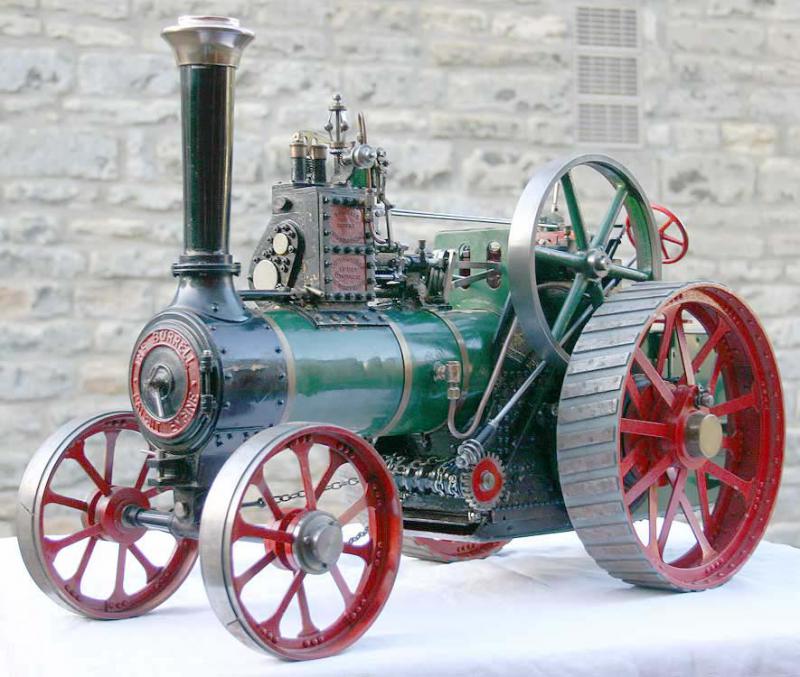 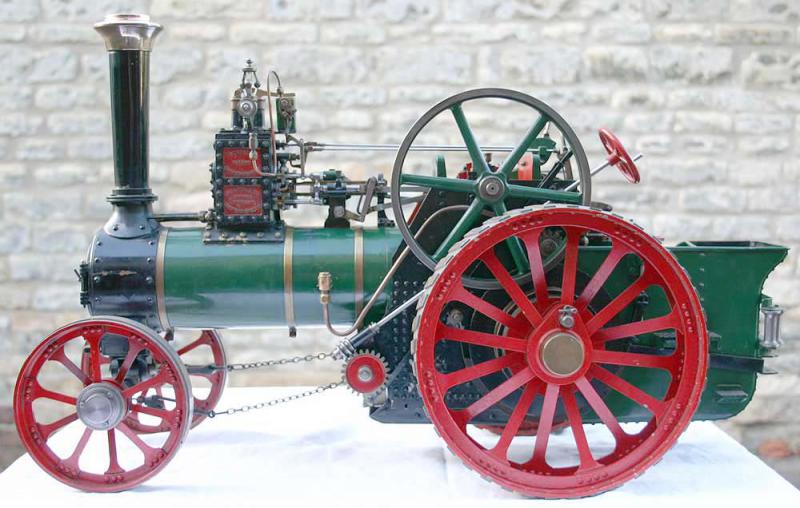 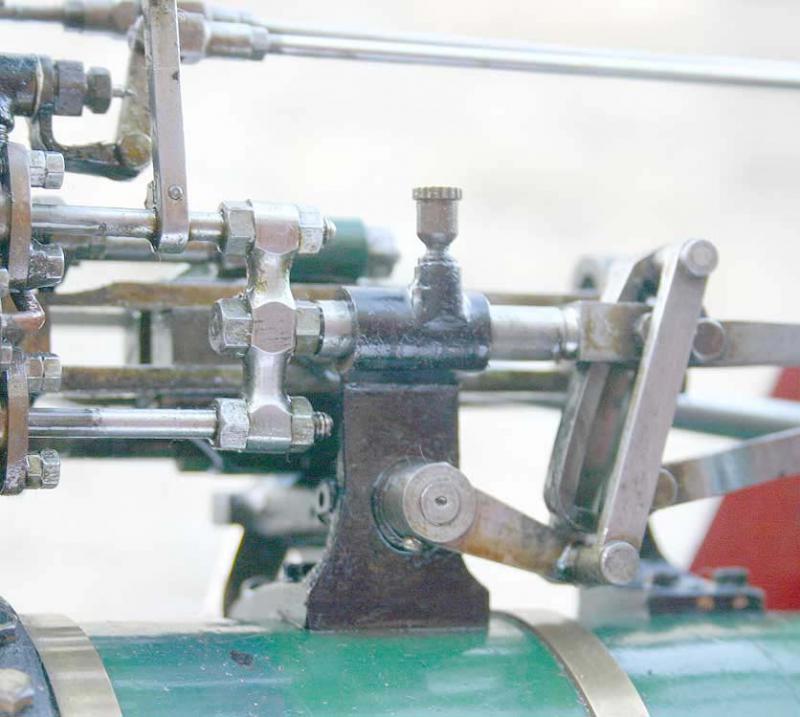 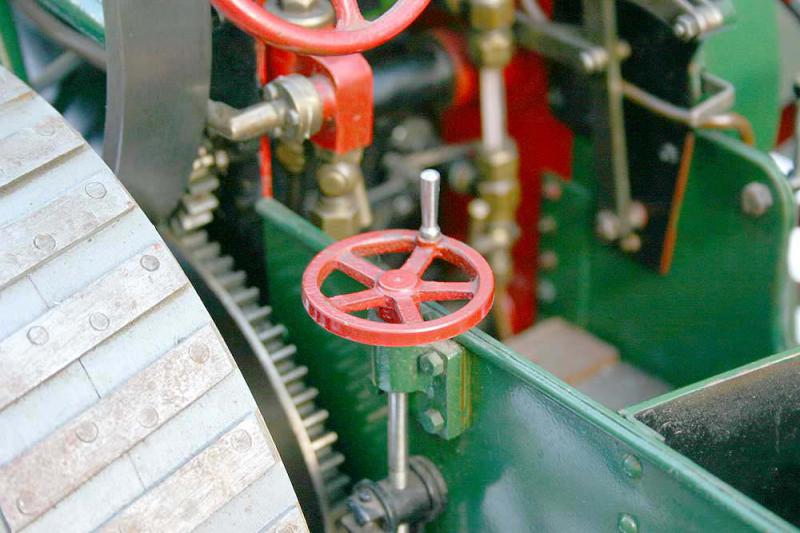 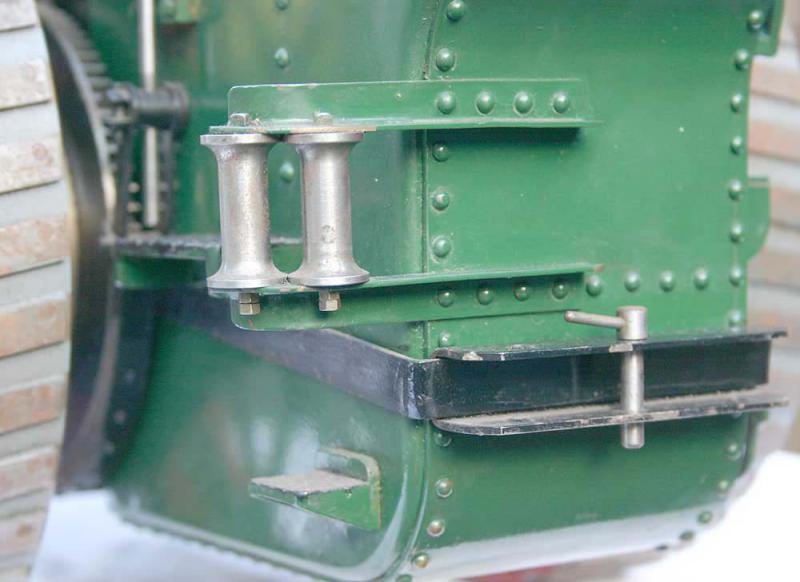 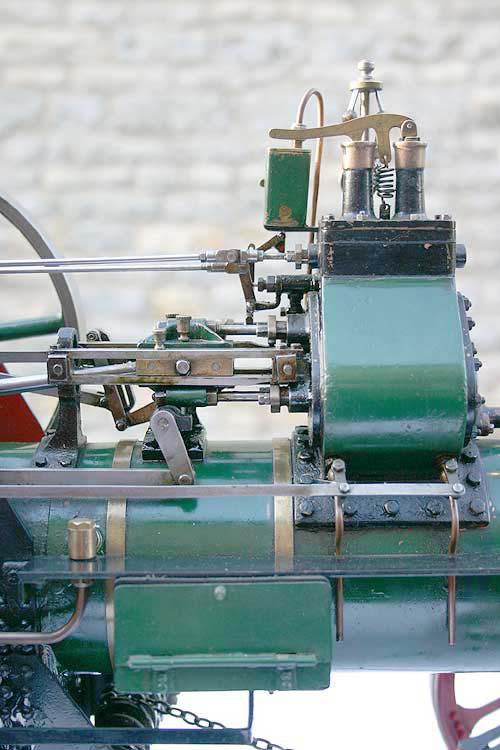 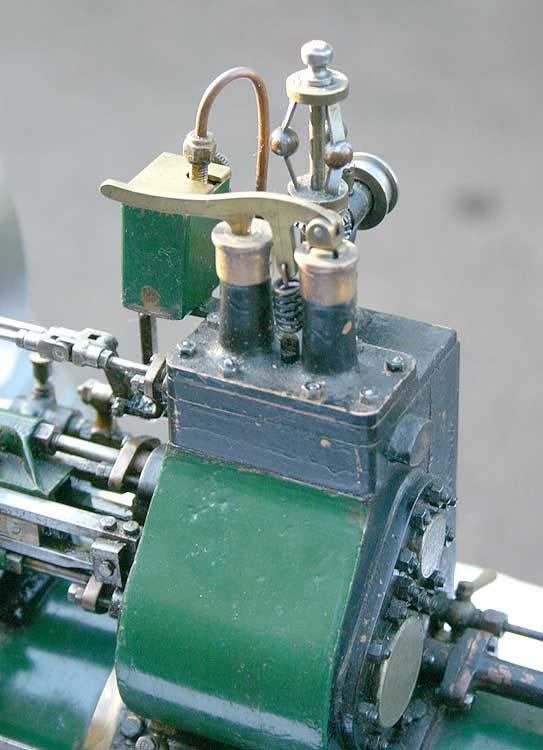 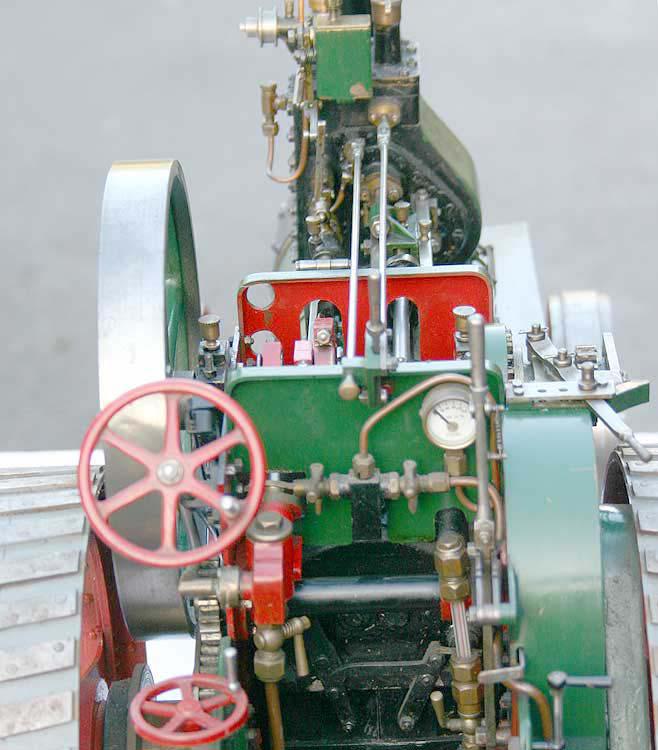 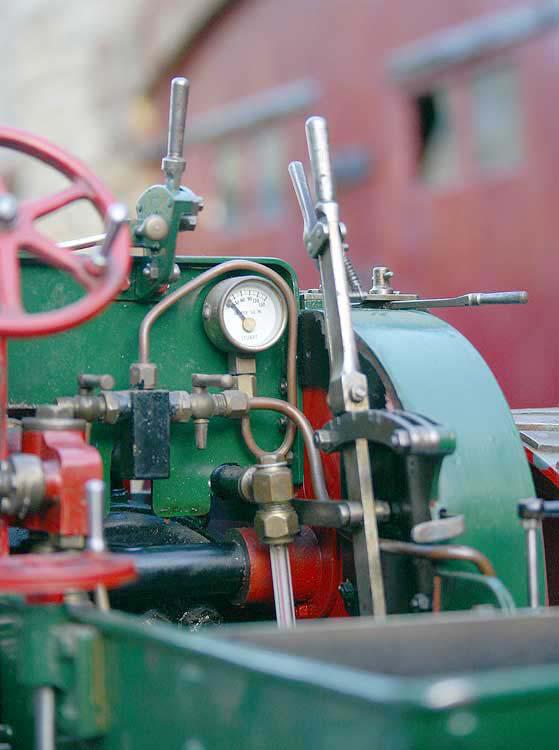 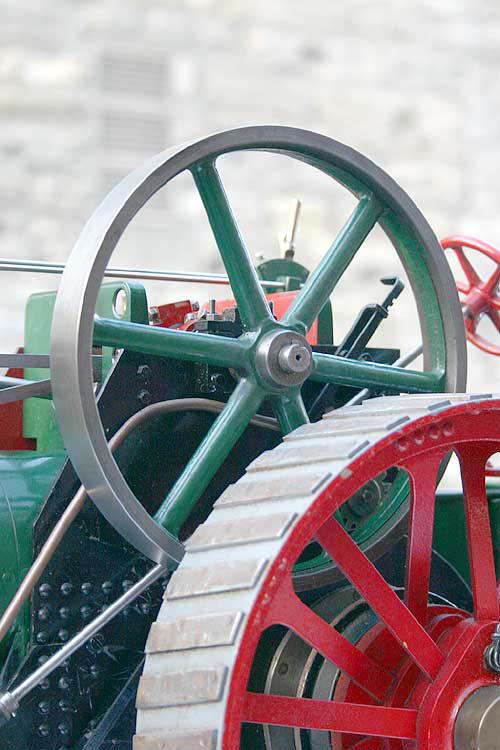 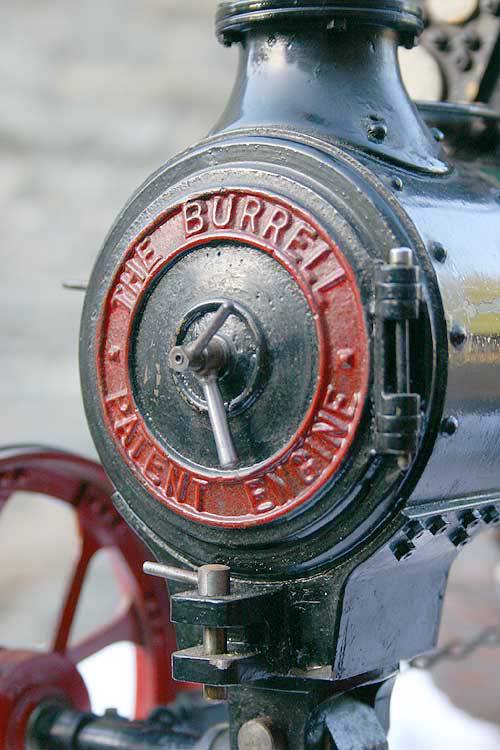 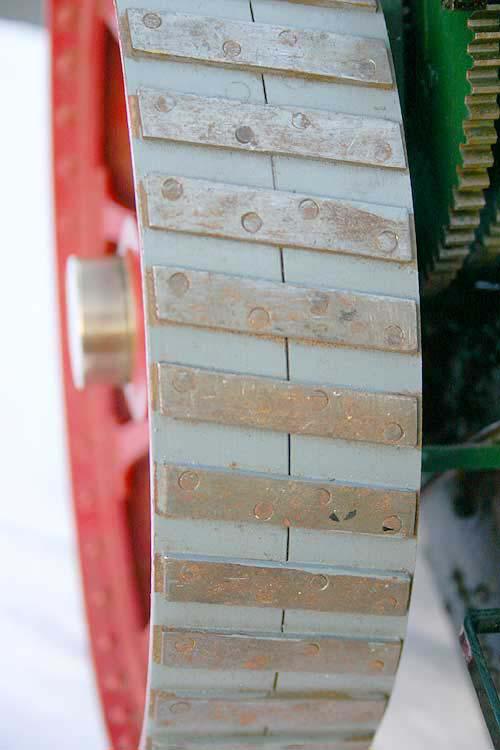 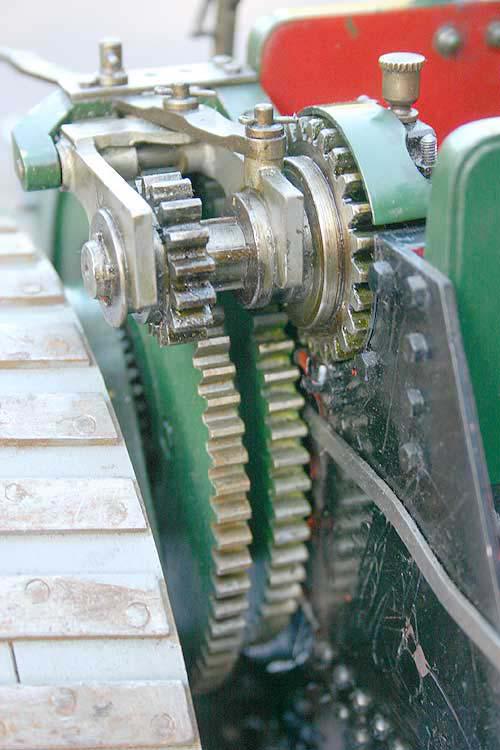 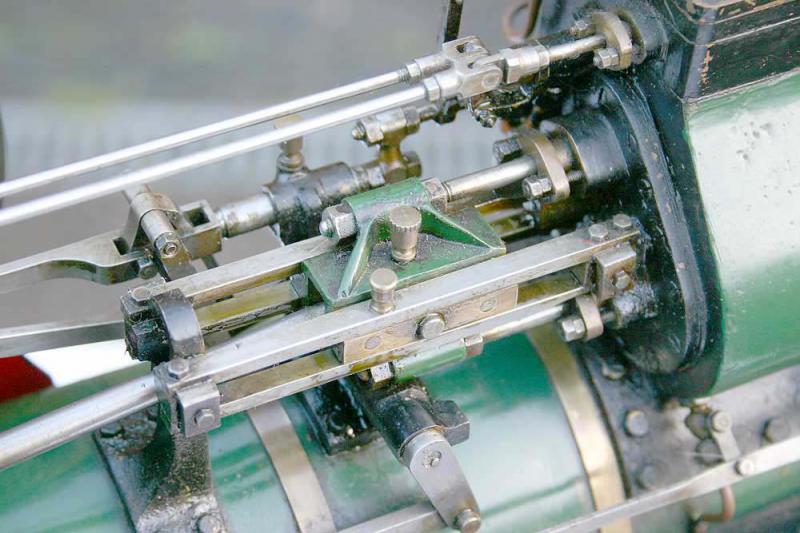 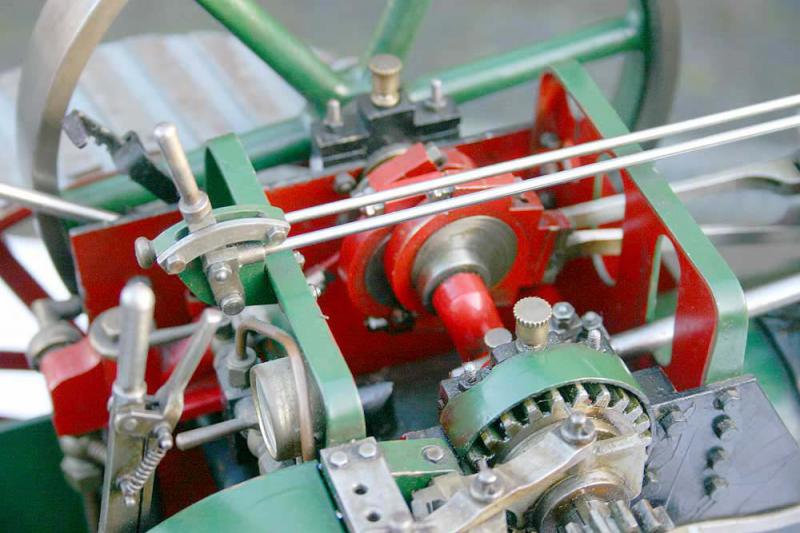 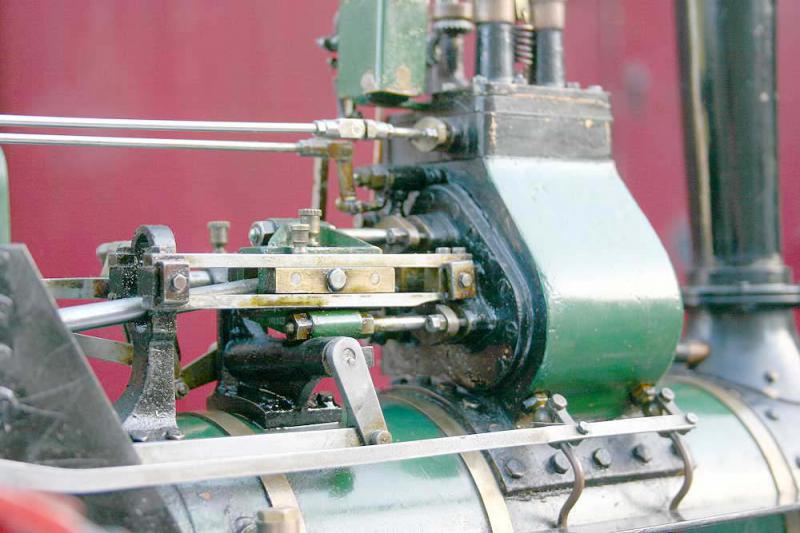 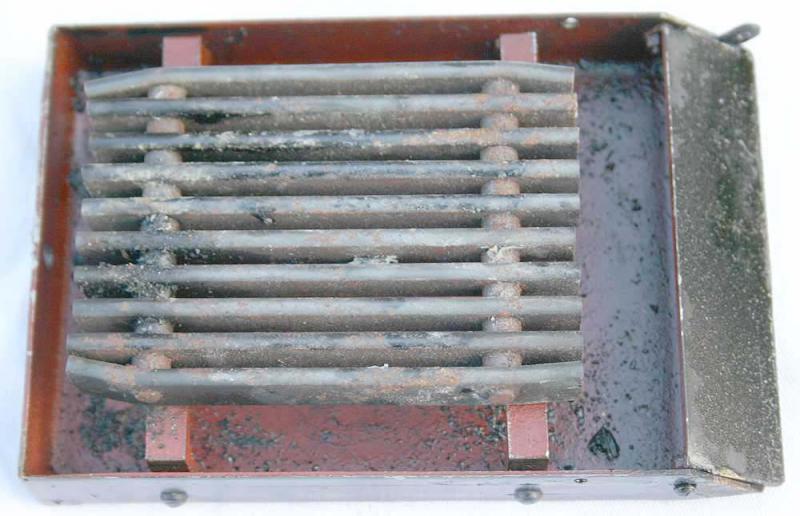 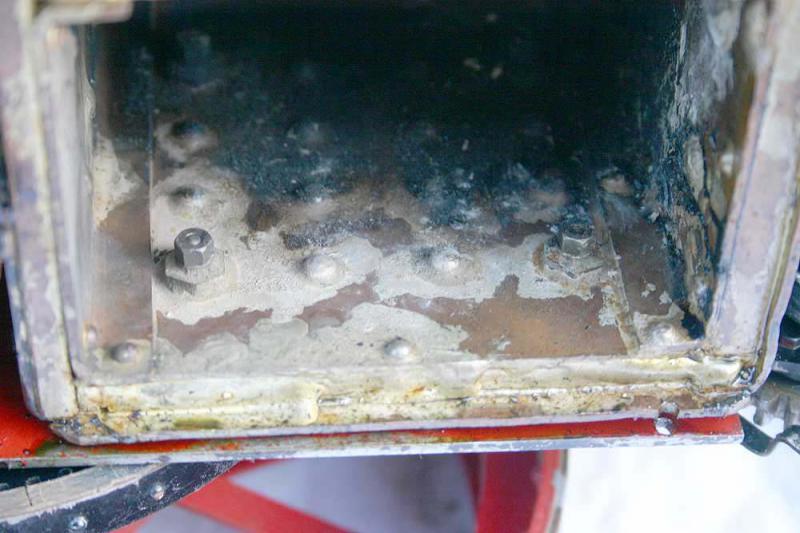 One of a small batch of professionally-built engines produced in the 1950s, a highly-detailed model of the Burrell single crank compound agricultural engine in 1 1/2 inch scale. In a scale dominated by Hughes' excellent "Royal Chester" design, finding engines other than Allchins is somewhat difficult. Finding something as technically interesting as a Burrell compound, authentically detailed and beautifully built is something else again.

Two speed transmission with mechanical band brake to the back axle, winch drum behind the left hand rear wheel with tender-mounted fairleads.

The engine is beautifully proportioned and extremely well detailed - virtually everything bar the pressure gauge has been scratch-built, including the scale control valves. The paint finish shows signs of its age but is original - I think the somewhat faded look adds a great deal to the engine.

The model spent most of its life on display in a shop window - the previous owner again only kept it to look at (and nothing wrong in that). The motion work is in as-new condition, the firebox is still largely clean copper-coloured which, together with the state of the grate, suggests it has only ever been steamed on a handful of occasions.